Italy in Hollywood – the exhibition at Salvatore Ferragamo Museum

The years that Salvatore Ferragamo spent in the United States, and specifically in Santa Barbara, California from 1915 to 1927, have been the source of inspiration for the upcoming exhibition at Museo Salvatore Ferragamo: from his work with the most famous directors of the time, such as D. W. Griffith and Cecil B. DeMille, to the opening of the Hollywood Boot Shop, Ferragamo’s store on Hollywood Boulevard, where stars the caliber of Mary Pickford, Pola Negri, Charlie Chaplin, Joan Crawford, Lillian Gish and Rudolph Valentino were regulars. “I seem to see a parallel between the film industry and my own. Just as the motion picture industry has grown and developed from those fledgling days, so too, I hope, has mine.”

Based on Salvatore Ferragamo’s autobiography, the exhibition explores Italian migration to California and the influence that the bel paese’s myths and culture had on the state. An extensive section is devoted to Californian film productions in which this Italian influence is evident. The exhibition centers around the world of art, artisans and entertainment, the fields in which Ferragamo focused his creativity, and presents them as if they were the plot of a film. Maurizio Balò has taken inspiration from the American film studios of the Twenties to design an exhibition that will make visitors feel as if they are on set.

During that decade, Italian silent films gave Hollywood potential divas like Lido Manetti, Tina Modotti, Frank Puglia and Lina Cavalieri, who is featured in the exhibition with 40 of the 300 famous portraits that Piero Fornasetti made of her on ceramic plates. Other young Italians, like Rudolph Valentino, used their charisma to propel them to fame, creating the modern diva. The exhibition highlights the names and personalities of illustrious and lesser known figures, without overlooking Italians’ contribution to music, and sheds light on the WASP (White Anglo-Saxon Protestant) culture’s contradictory opinion of Italo-Americans, as Californians were torn between their positive regard for Italian history and tradition and their negative view of certain Italian stereotypes, such as their tendency to be overly instinctive, passionate and sentimental. Certain performers managed to perfectly balance this dichotomy of nature and culture, such as Enrico Caruso, who made the most of the natural talents of his voice and body, and refined them in the studio, through technique and art.

With photographs, film clips, objects, clothing and artistic depictions, the exhibition will illustrate the relationships and the role played by Italians and Italian art in the birth of silent film, while also exploring this theme in a contemporary light. Indeed, the Two Young Italians in Hollywood project organized by Lo Schermo dell’Arte Film Festival is an integral part of the exhibition, in which two young Italian artists based in Los Angeles, Manfredi Gioacchini and Yuri Ancarani, were each asked to contribute an original project –a series of photographs and a video installation –exploring the theme of Italy in Hollywood. One hundred years have passed and who are the Italians working in Hollywood today? What is it about California that strikes artists arriving from Italy.?

This exhibition would not have been possible without the prestigious works of art on loan from museums and public and private collections in Italy and the United States, or the invaluable advice and expertise of the renowned history and film institutes that have so generously contributed to this project. Space is also given to American productions filmed in Italy at that time, like Ben Hur and Romola, starring Lillian Gish and shot on location in Florence at the Rifredi film studios. The exhibition ends with a room devoted to Salvatore Ferragamo, in which the museum will faithfully recreate the Hollywood Boot Shop that the great Italian artisan opened in 1923. A video-installation will show clips of real life in Hollywood in the Twenties. Hollywood was little more than a small town then. There were only a few film studios and they were small, with even smaller budgets. But by the time Ferragamo left the United States in 1927, everything had changed. 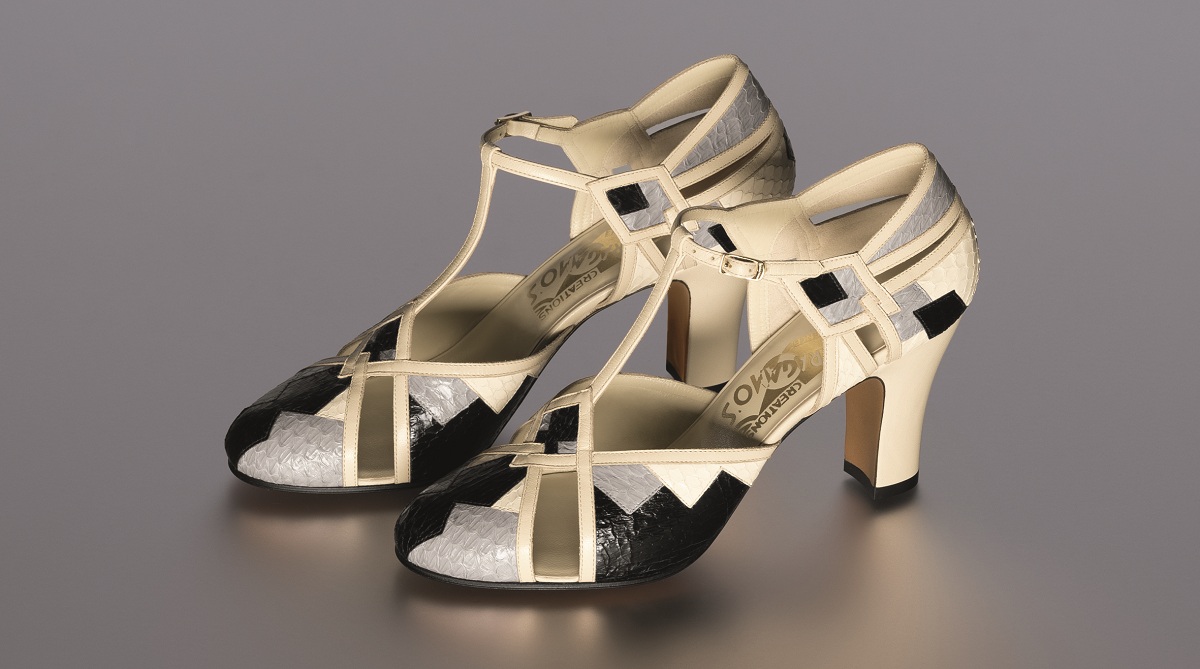 To coincide with the Italy in Hollywood exhibition, opens in May 2018 at the Salvatore Ferragamo Museum, Ferragamo’s Creations is offering an exclusive Capsule Collection featuring three varieties of women’s shoes – Bella (1928), Assoluta (1929) and Foxtrot (1932) – and three varieties of men’s shoes – Ramon (1921), Silence (1925) and Special (1926) –, created by the Founder during his time spent in California: the first three were made for Gloria Swanson, Mary Pickford and Joan Crawford respectively, while all three of the men’s varieties were made for Rodolfo Valentino. The Hollywood Boot Shop was visited by the most famous stars of the time, including Mary Pickford, Pola Negri, Charlie Chaplin, Joan Crawford, Lillian Gish and Rodolfo Valentino, who visited on a regular basis, establishing a close working relationship and friendship with Salvatore Ferragamo. Special packaging is being created for the occasion and each pair of shoes will be accompanied by a limited-edition certificate (as with all footwear from the Ferragamo’s Creations collection).