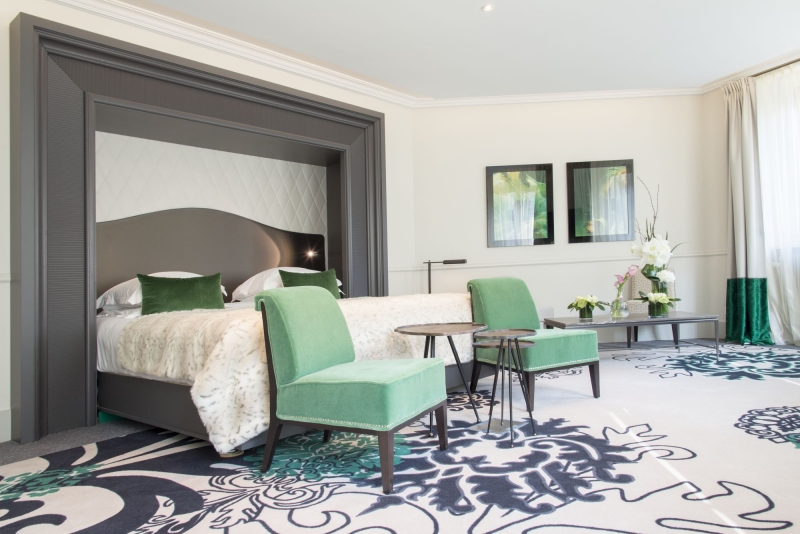 Homage to King Edward VII, a very stylish Hotel Edouard 7 celebrates his love of Paris fashion, all things theatrical and sophisticated. The hotel was acquired by the Bessé Signature group in 2009 and has been re-launched as a 4-star Couture hotel. This fashionable place is just steps away from the world-famous tourist attractions- Louvre museum, Musée d’Orsay, Palais Royal, Comédie Française theater; major shopping districts- Rue St Honore, Galeries Lafayette and Printemps department stores, as well as from the city’s stock exchange. All this makes it an ideal choice for business and leisure travelers as well. 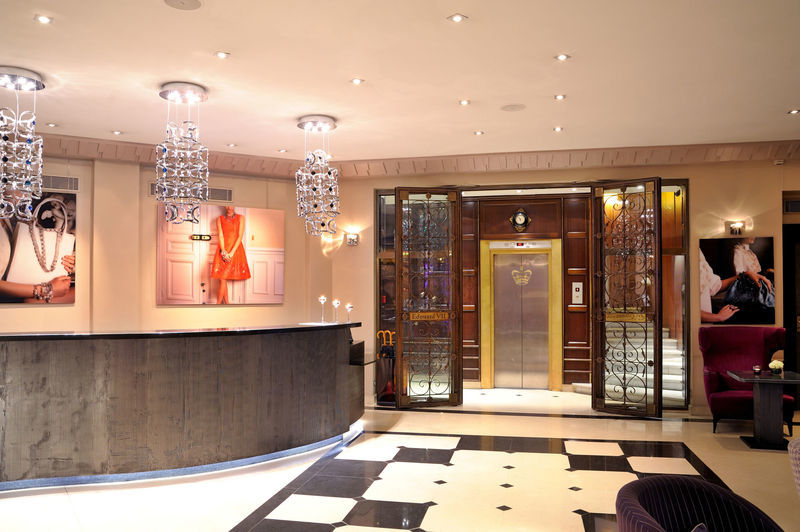 King Edward VII, the son of Queen Victoria and Prince Albert, was born on 9 November 1841 in Buckingham Palace. He was a great admirer of Paris and was known in French society as Edouard VII. The Prince of Wales served as fashion icon for aristocrats and socialites from quite a young age. He introduced the crease into men’s trousers and the low-cut white waist-coat for wear with a dress coat. His styles were increasingly photographed on the sly and mimicked by multiple European tailors. Supposedly, he couldn’t even attend his favorite spa in Marienbad without groups of tailors gathering to take photographs of him and notes on his clothing. In the late XIX century this hotel (now Hotel Edouard 7) was King’s Parisian haven from which he could explore the city, admire the view from the balconies, and keep up with the Parisian elite at the Opéra Garnier. After being our home for a couple of days, we can just say that we cannot, but to applaud King’s impeccable taste. 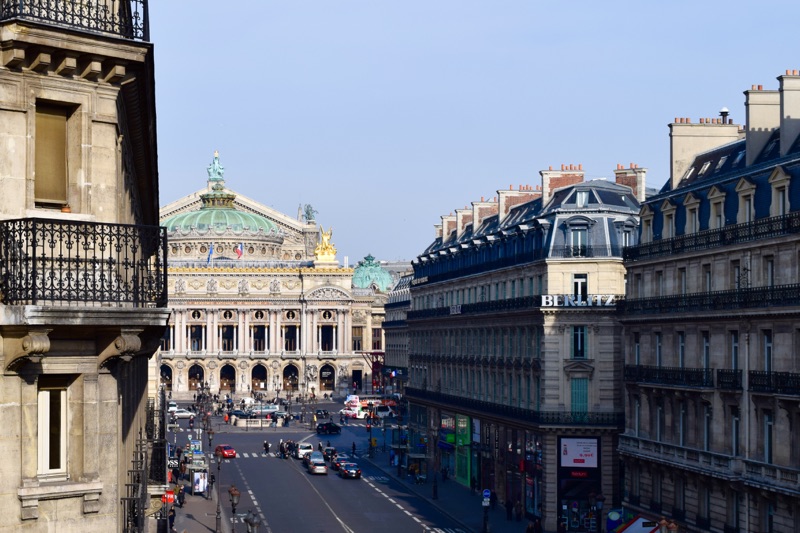 The view from the balcony at Opéra Garnier

The hotel offers 69 bedrooms, including 7 suites and 3 junior suites, set on three Couture floors and four Edouard 7 floors, each with splendidly bold decoration in a mix of XIX century style with contemporary elements. The used materials are of the highest quality and different color-combination for each floor gives this hotel very special flavor. Every floor represents a precious stone- the first floor represents sapphire, with its bedrooms in shades of blue; the second represents emerald, with different shades of green; the third floor represents ruby: here, the bedrooms are decorated in colors of red and deep pink; the fourth floor is wrapped in golden yellows that represents citrine. Each of the rooms has a sense of something almost indiscreet about it, something naughty, something sensual. 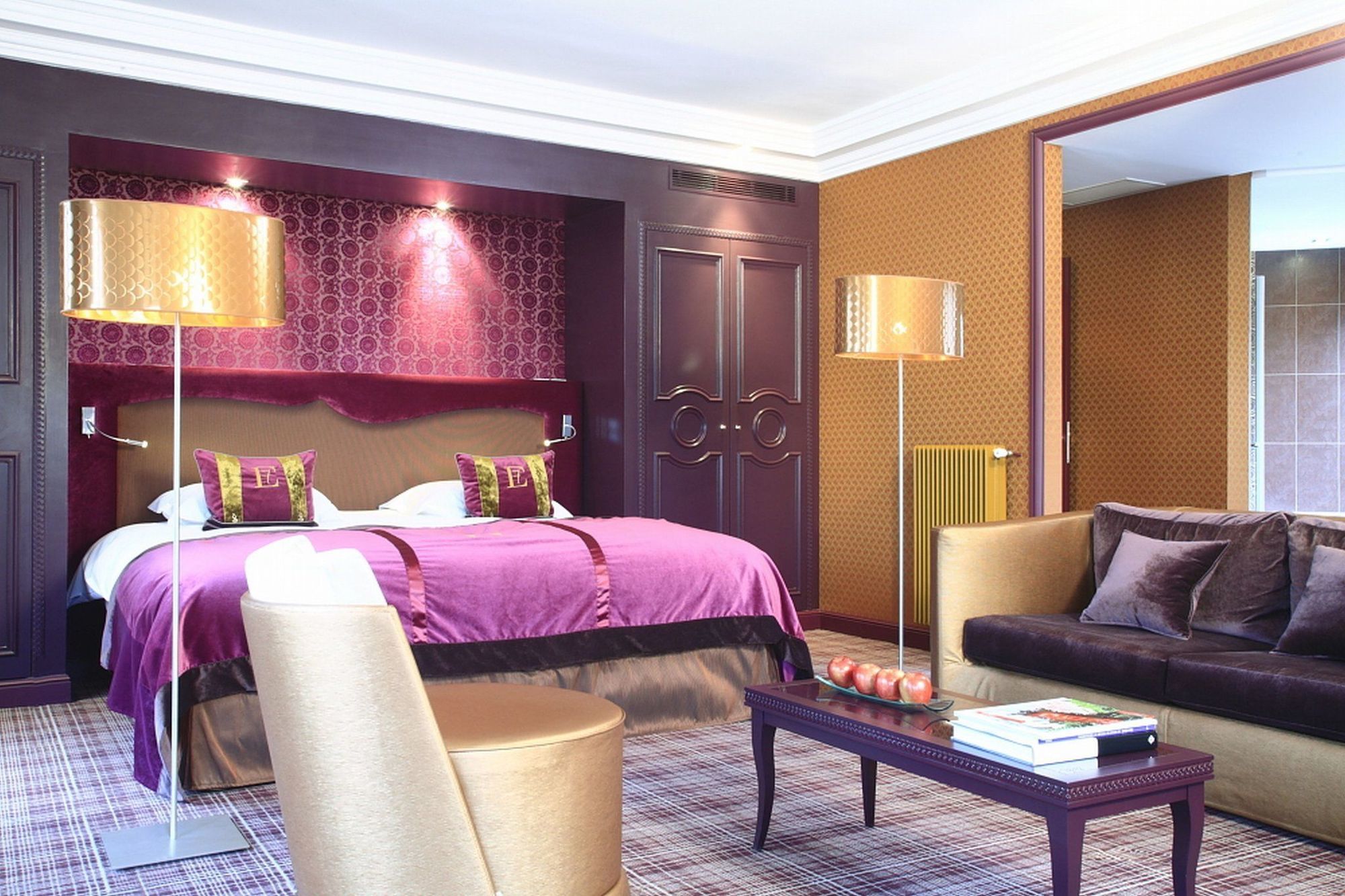 We were situated in a very posh Junior Suite, with lovely balcony that provides fabulous view over the Avenue de l’Opera. The overall theme of our suite was Couture with fashion elements, decorated with rich materials and bold colors such as fuchsia. 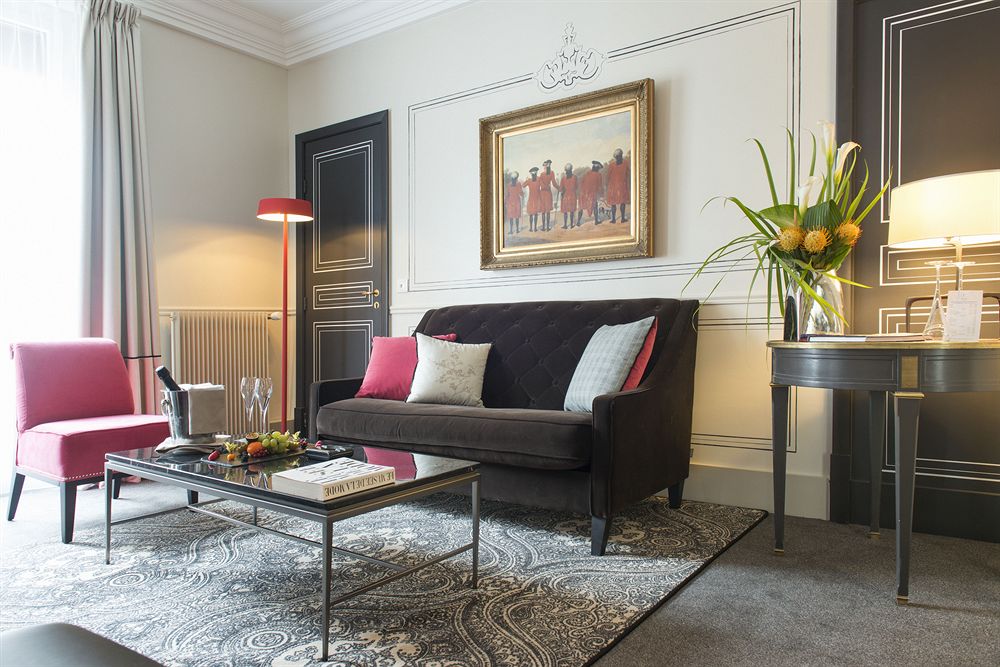 This suite really suited our needs well. The smart concept of having separate bedroom and salon worked for us like a charm. It had enough elements for creating working atmosphere, so we were delighted to use it as our Parisian office. All of the hotel’s rooms are completely soundproof so we could peacefully work and rest, and when we wanted to feel the rhythm of the Avenue de l’Opera we just stepped on the balcony that surrounds our suite. It was one of the most unique views that we experienced in Paris. Looking at the Opéra Garnier at night adds magic to this place. 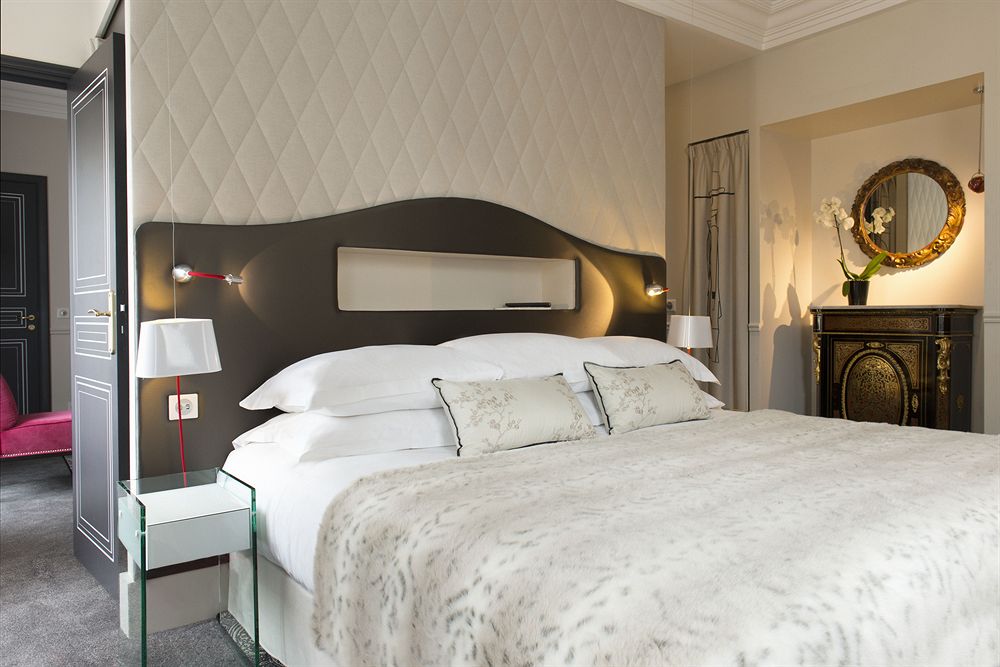 Other categories of rooms are very spacious Deluxe and Superior, but the real icing on the cake are Edouard 7’s large suites, with names like Lilly, Sarah or Melba. In case you didn’t guessed, these are the names of late King Edward’s girlfriends during his Parisian days. Different than any other room-category, these suites are simply wrapped in the essence of the Parisian Chic. They are very spacious and comfortable, but the opulence and hidden quirkiness, along with unbeatable French charms makes them special as they are.

Edouard 7 also prides itself with beautiful La Cuisine L’E7 restaurant, managed by Remy Fourmeaux, the young chef, focused on local, seasonal organic products. The new menu offers a modern take on French cuisine, and an express menu is available at lunchtime for clients from the Opéra district. 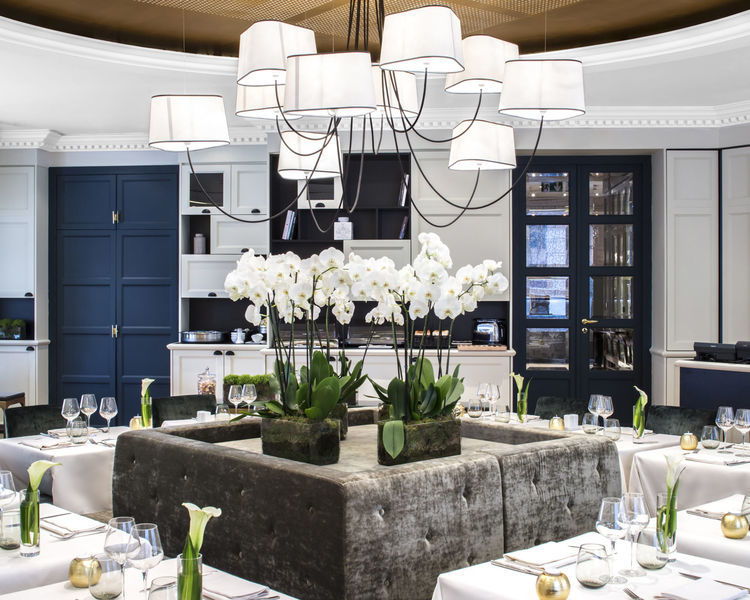 The E7 bar will take you back to the era of Edward VII with its warm, sensual colors. It is a perfect ambience to relax after a long day of exploring the city. 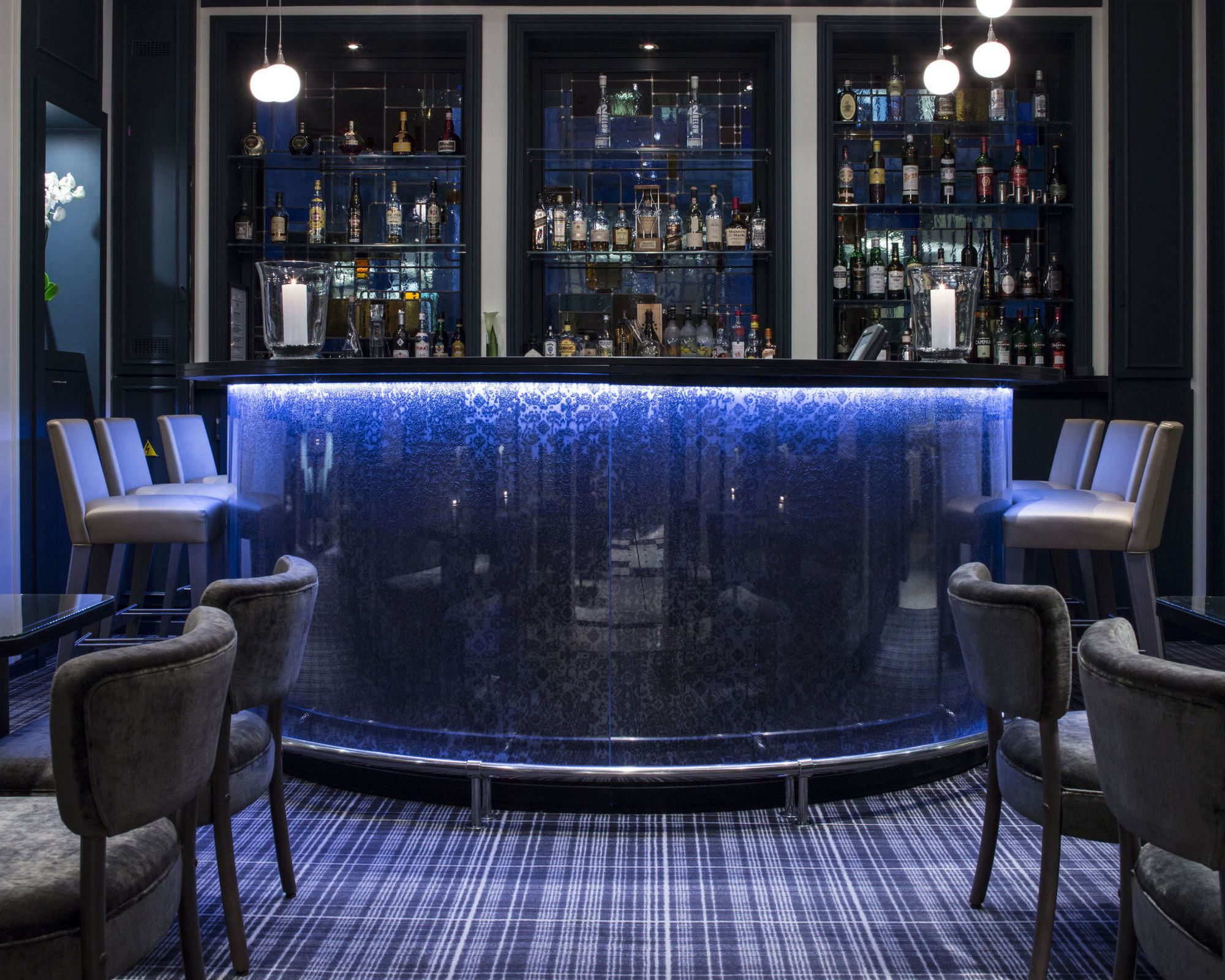 Hotel Edouard 7 perfectly blends vibes of a modern hotel with the ones of some cool, historic place, which charms even a mighty British King couldn’t resist. This is quite unusual 4-star hotel, even for Parisian high standards. Not only that it looks really good, way beyond its star rating, but it is the service that makes you feel…well, like royalty, perhaps?