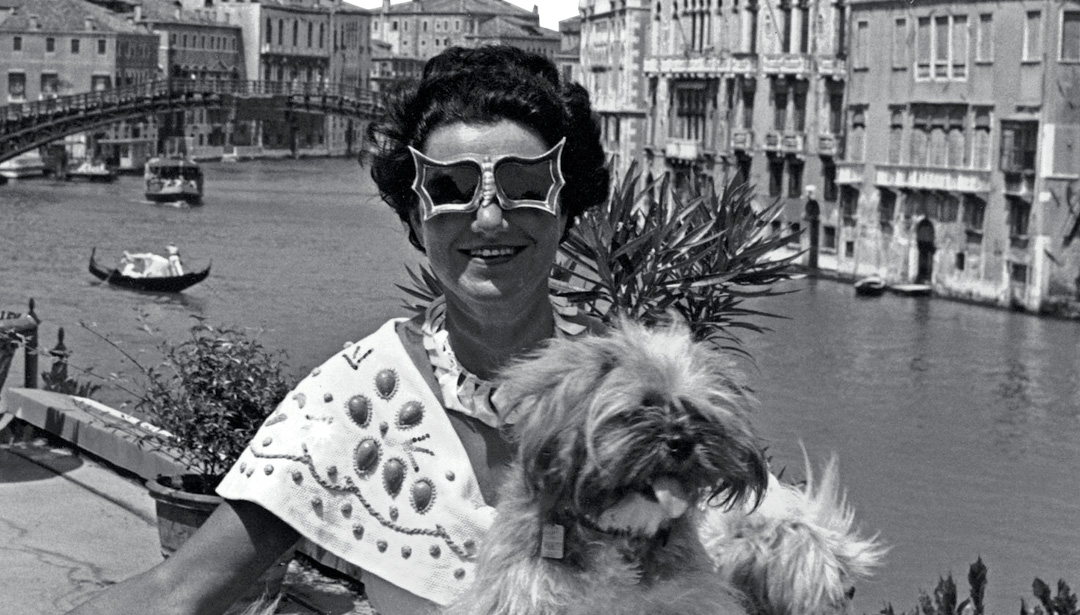 The exhibition celebrates Peggy Guggenheim‘s Venetian life, shedding light on how she significantly continued to add works of art to her collection. It presents a selection of paintings, sculptures and works on paper that Guggenheim acquired from the late 1940s to 1979, the year in which she passed away. It also recalls the milestone events and exhibitions that she organized and participated in.

Focusing on the last three decades of Guggenheim‘s acquisitions, the exhibition offers an unparalleled opportunity to revisit and re-contextualize renowned masterpieces. These comprise René Magritte‘s Empire of Light (1953–54) and Duchamp‘s Box in a Valise (1941) alongside rarely exhibited works by artists such as René Brô, Gwyther Irwin, and Grace Hartigan, as well as the Japanese-born Kenzo Okada and Tomonori Toyofuku, thus conveying Guggenheim‘s interest in art beyond Europe and the United States.

Peggy Guggenheim: The Last Dogaressa exhibition will be held at the Peggy Guggenheim Collection in Venice from 21 September 2019 – 27 January 2020, curated by Karole P.B. Vail with Gražina Subelytė