Chef Simon Havage: “French Cuisine is a state of mind” 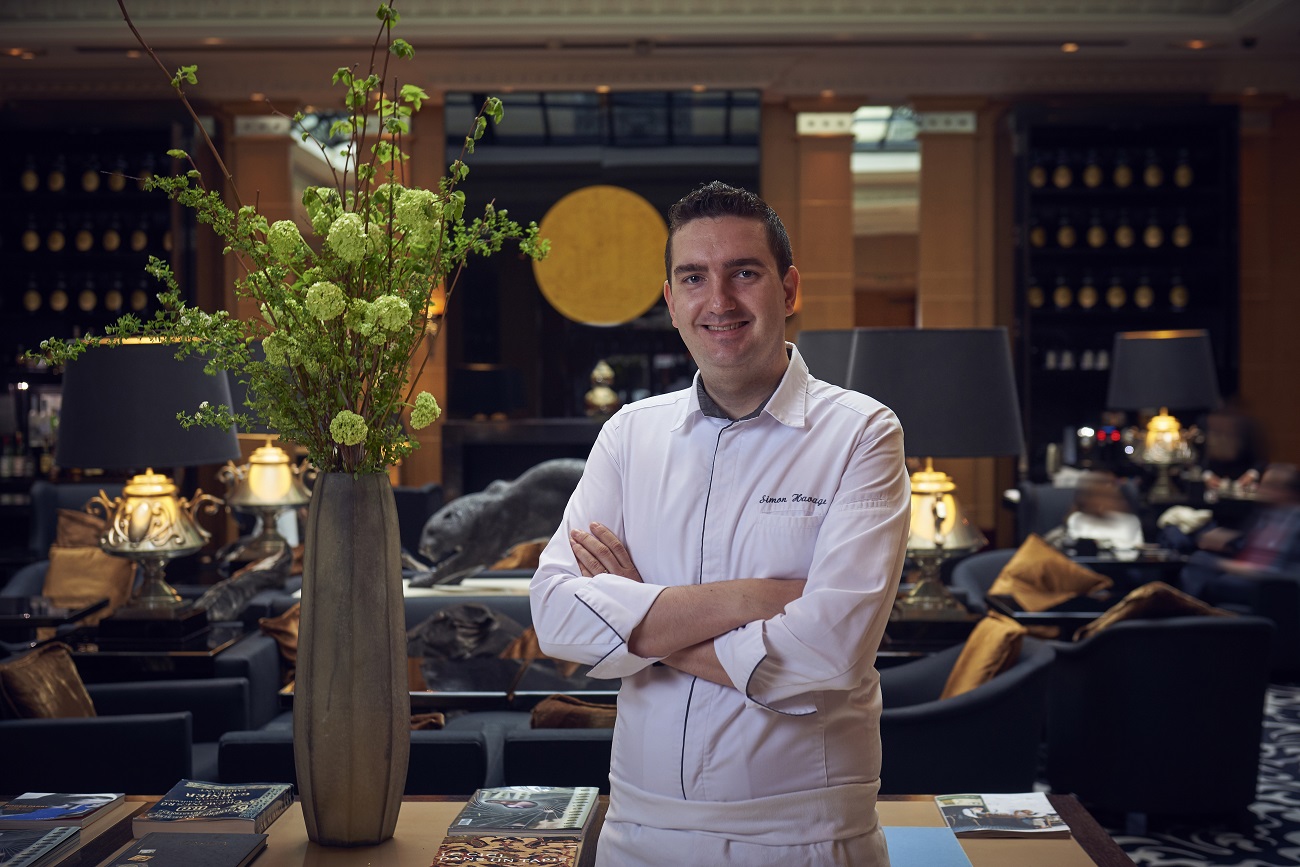 Ideally situated between the Champs Elysées, Opéra Garnier and La Madeleine, the Hyatt Paris Madeleine stands out for its elegant and modern interior design, inspired by Art Deco, as well as for the magical views that reach up from the rooftops of historic Boulevard Malesherbes to the sensational Eiffel Tower. The hotel’s two sought-after “Café M” and “La Chinoiserie”, are ones of Paris’ most sought-after restaurants right now in the 8th arrondissment. Hollywood actors, French celebrities and world-famous musicians dine here while in Paris and it’s easy to see why. Chef Simon Havage is a true artist and his inspiration is, it seems, limitless- serving refined french cuisine mixed with exotic touches from his journeys all around the world. He used to work with award-winning MasterChefs such as Philippe Mille, and later, at the Park Hyatt Paris Vendôme, with Jean-François Rouquette, who he considers to be a mentor. In the exclusive interview for Fashionela he talks about his passion for modern French cuisine, his achievements and the most memorable people he has cooked for.

How would you explain French cuisine and eating habits?

French cuisine, for me, it is all about the “good taste”, the combination between respect of the product, the producer, and the tradition. We have an exceptional “terroir” where since the early years, producers and artisans tried to sublime our tradition with passion and discipline like our dairy products, such as cheese, milk, butter and cream, present throughout the French pastries, bakeries and of course cuisines. Once this gastronomic background was developed, our work as a chef, is to combine all this know how.

Many people from all around the world come to learn the French cuisine and its fundamentals like stocks, bakery and pastry. However, for me, French cuisine, first of all is a state of mind, a philosophy. Nowadays, the “good taste” cuisine can be found all over the world. It is the result of this French philosophy.

Concerning the eating habits, people started realizing our mistakes after these last 60 years. Intensive farming and fishing are triggering a new mentality, making people care about eco-responsibility and sustainability. The organic and vegan movement is exponentially increasing but unfortunately, it is not enough. As a chef, we should make people more aware, by purchasing local, sustainable and getting closer to our producers.

What is your greatest culinary achievement to date?

One of my best memories as a chef, was the congratulation of the 1st Michelin-star at Park Hyatt Paris Vendôme. One year before, I left my hometown to come to the capital where I discovered my first Parisian brigade. The Head Chef, Jean-François Rouquette, told me about his objective. I was terrified but excited at the same time. After one year of intensive involvement and teamwork, this consecration confirmed my will to pursue this vocation.

What are the specialties of the main menus at La Chinoiserie?

La Chinoiserie is a cozy and comfortable place, where people come to enjoy a good moment between friends, family or for a business lunch. We deliver a friendly attentive service, without too much sophistication. It is the same for our menu. Our dishes are based on three principles: right cooking, seasonal products and discovery. 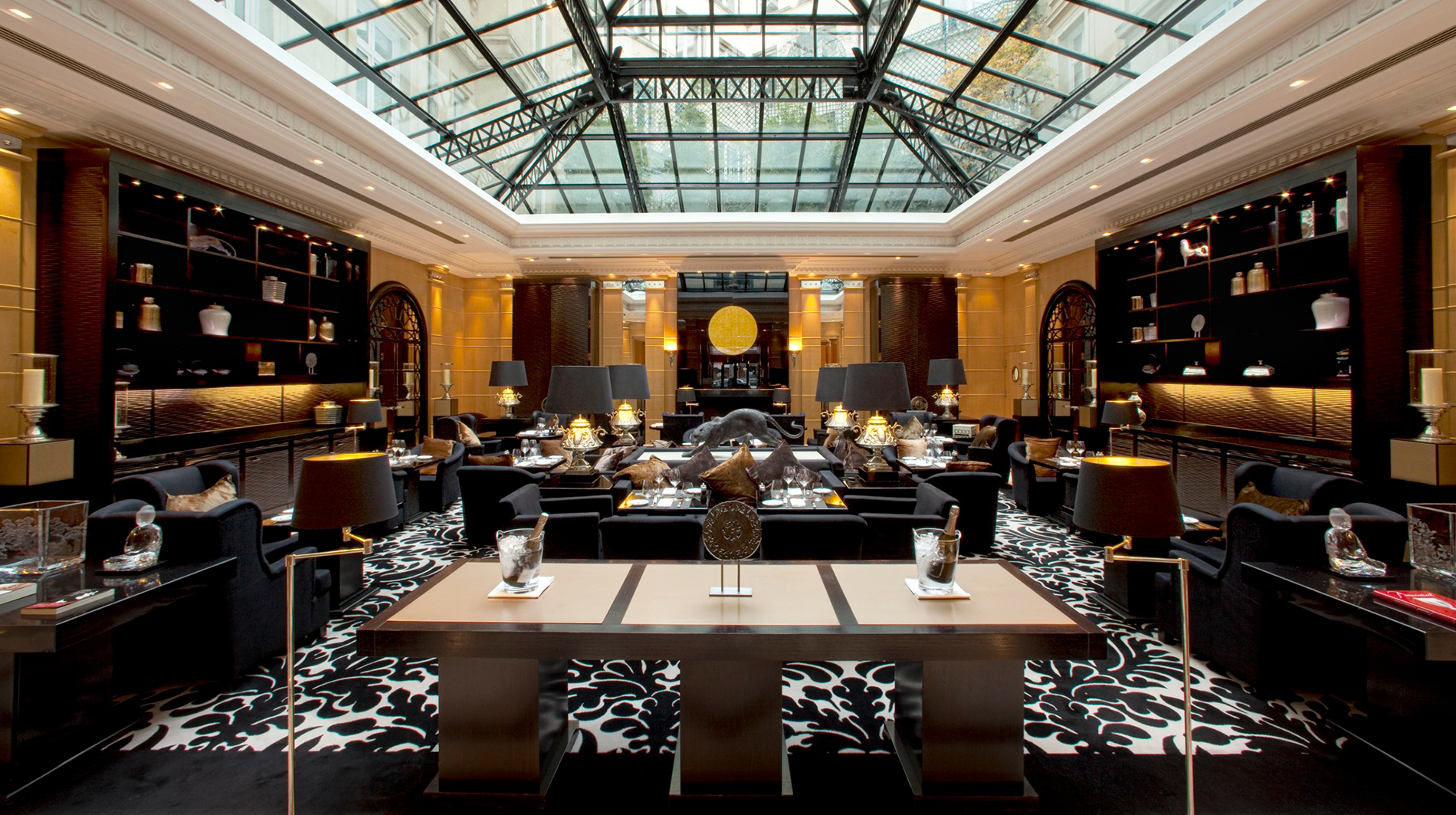 What is your signature style?

I was talking about discovery. I love surprising by an atypical combination or by different spices. My signature style is mainly French, due to my origin and formation. However, I try to adapt my cuisine to the origin of the products I cook and to the story I want to tell.

What is your signature dish?

It is difficult to speak about a Signature Dish, but best sellers. I do not really have a Signature Dish but I have some dishes that meet the same success. It is difficult for me to remove them from our menu because our guests constantly ask for. My sea Bream ceviche with mango and dried black lemon, and the famous French coquillettes with Comté cheese and black truffle are some of them.

Who are the most memorable people you have cooked for?

I had the chance to cook for numerous personalities such as Johnny Depp, Dalai Lama, sports man, singers and others. As a Head Chef, I recently welcomed Barack Obama within our hotel for his last trip to Paris. It was an honor for us to host him.