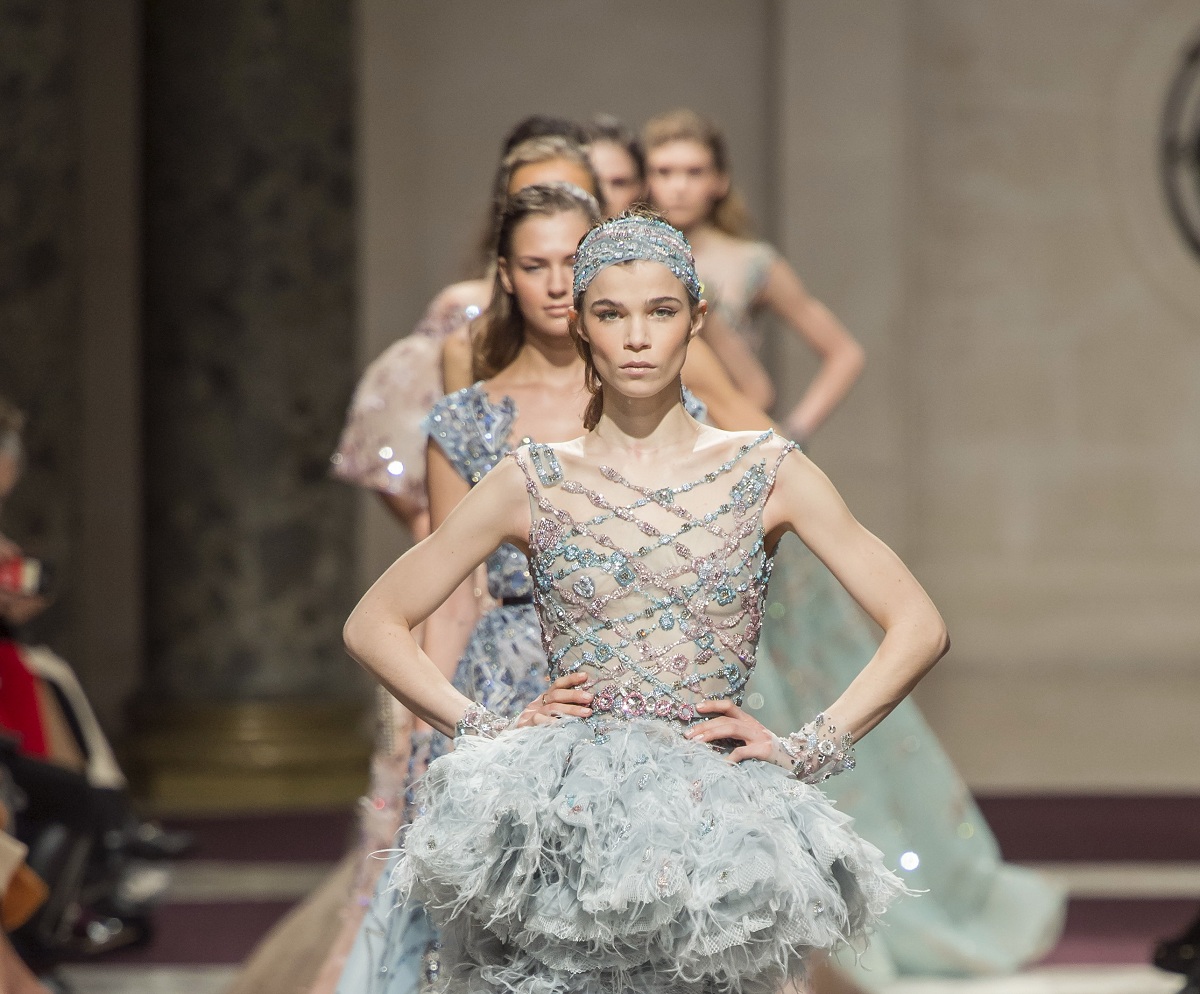 By inviting us to pick the stars with him, Ziad Nakad has chosen the constellation of Orion as a sublime detail that he literally embroidered by hand on his creations. In Greek mythology, Orion the hunter was transformed into a constellation by Zeus, as a victory of grace over violence, unconscious allegory transposed into the creations of Ziad Nakad… 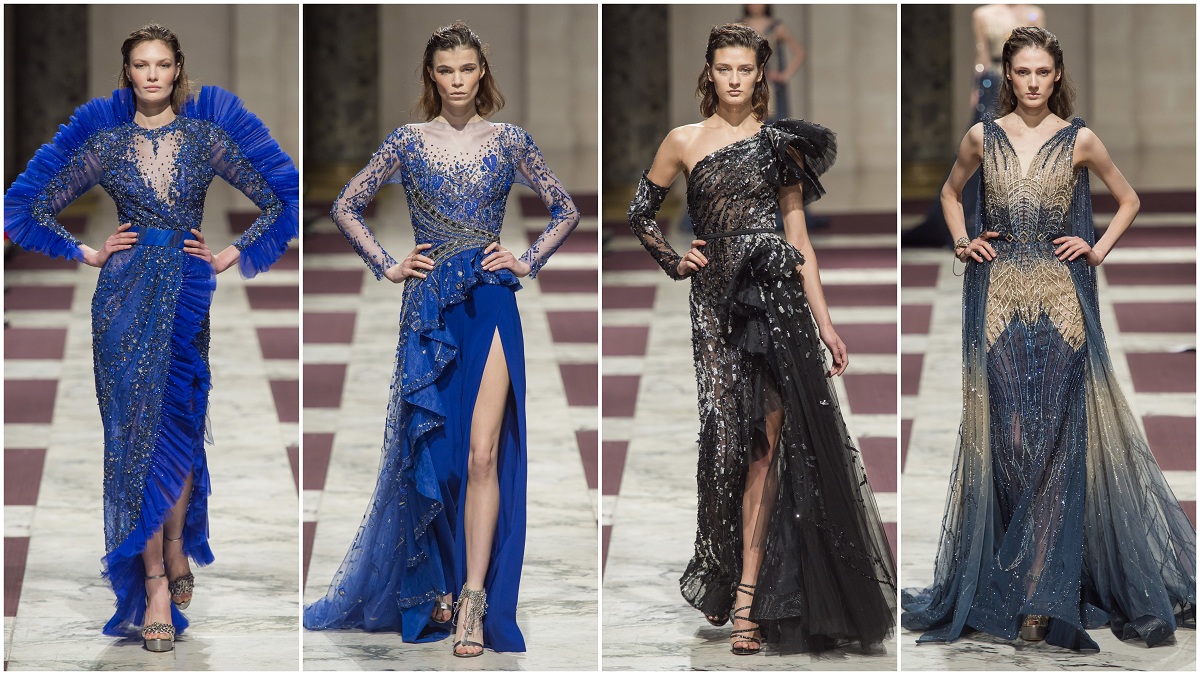 It is in the sweetness of the colors of dawn that the constellation sublimates its splinters, diamonds set in a case of nuances with infinite variations… The Ziad Nakad woman is adorned with stars in a declination of pastels that sparkle in the heart of a summer evening. 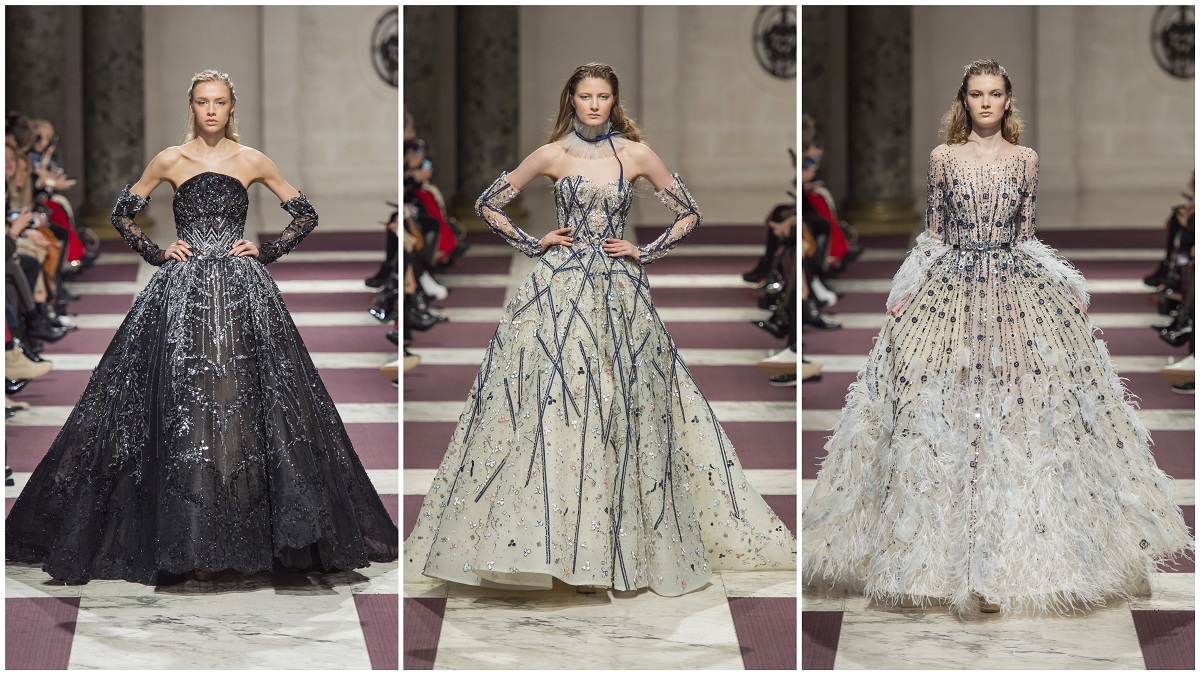 From the Orion, Ziad Nakad picks a star after star and magically transforms it into an extravagant piece that brightens the starless nights with a gleaming silver and shimmering gold. 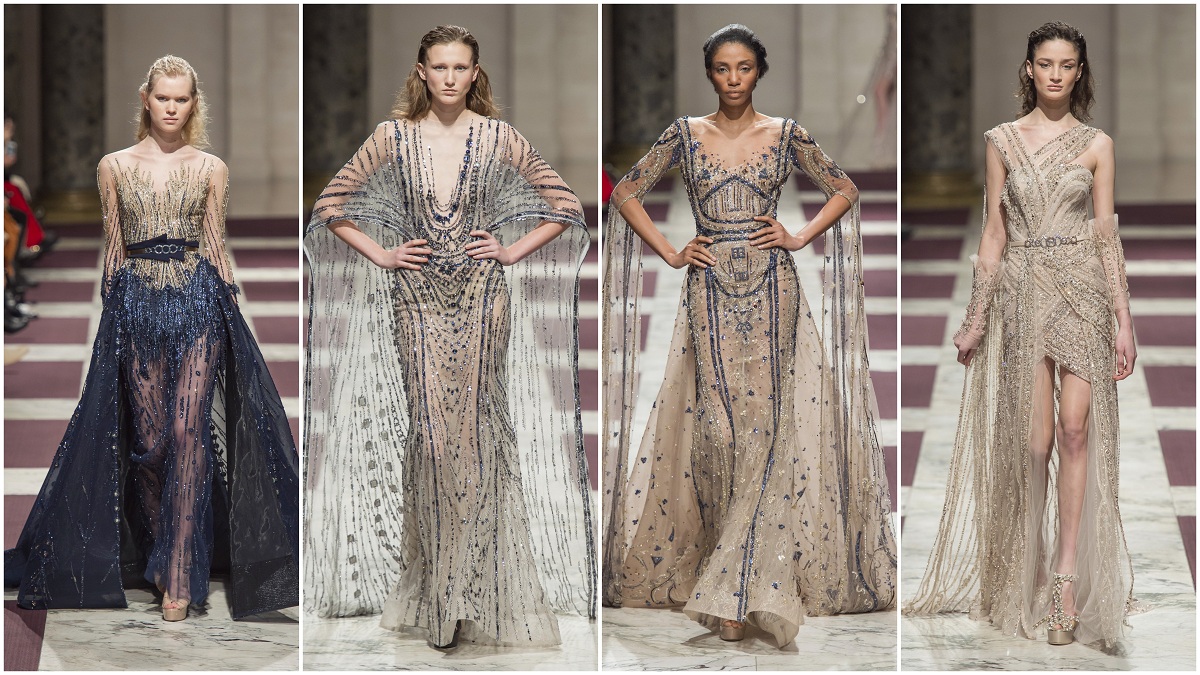 And, just like the sky hunter, Ziad blends heavenly bodies motifs with star-shaped patterns and creates a constellation of dresses. Orion is a large hand that tosses diamond dust onto bare lands. Orion is a creative mind that scatters moondust and fills the sky with sparkling flickers. Orion simply dazzles. 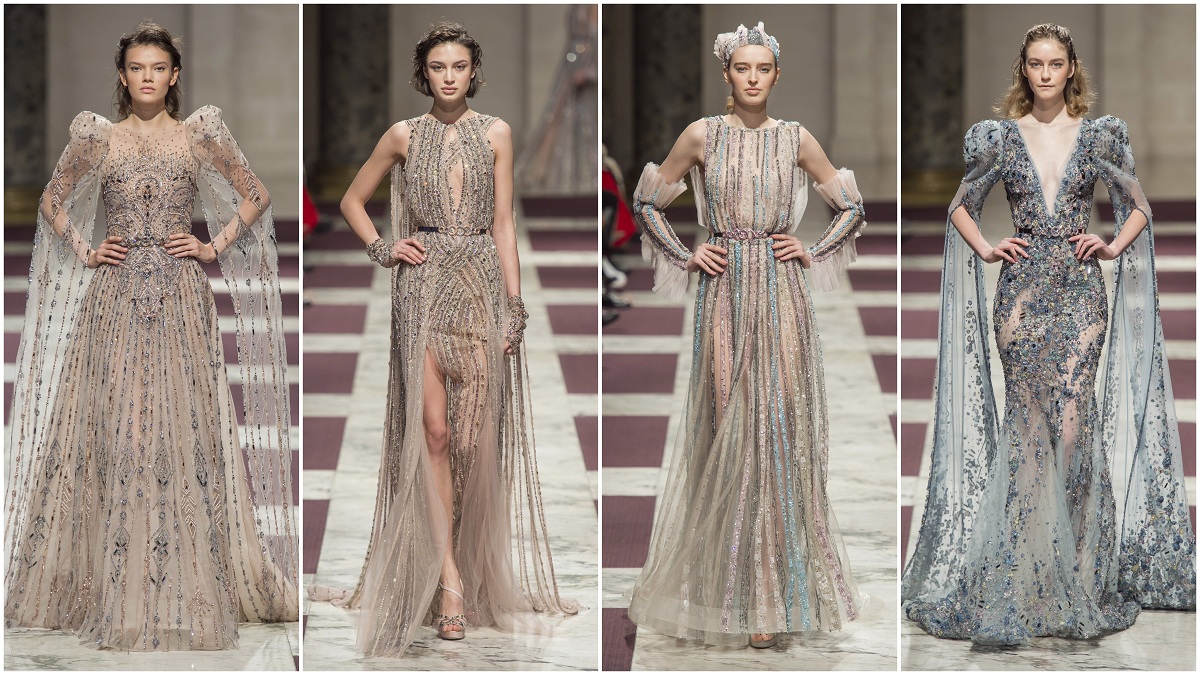 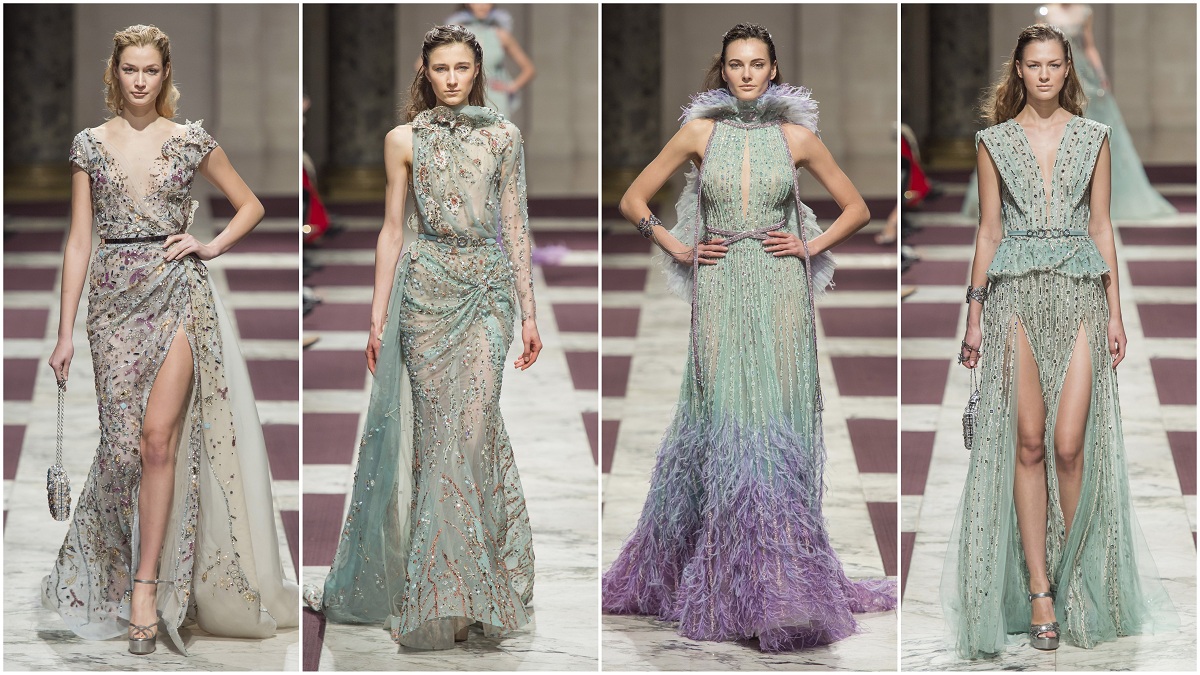 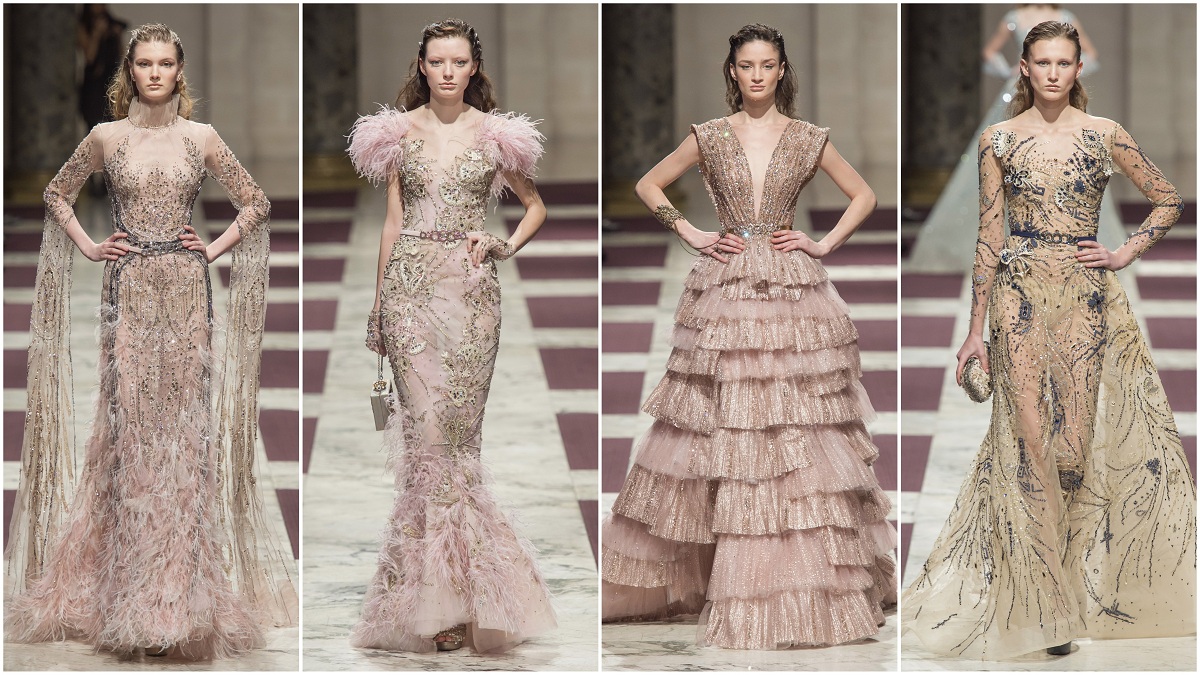 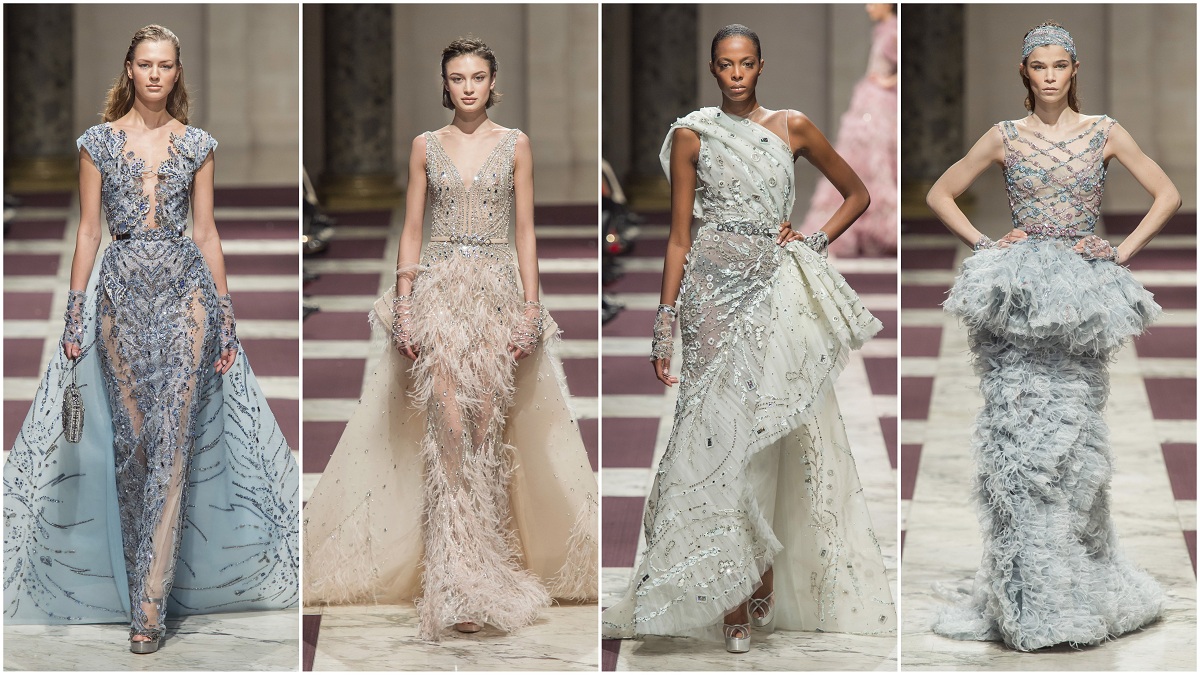 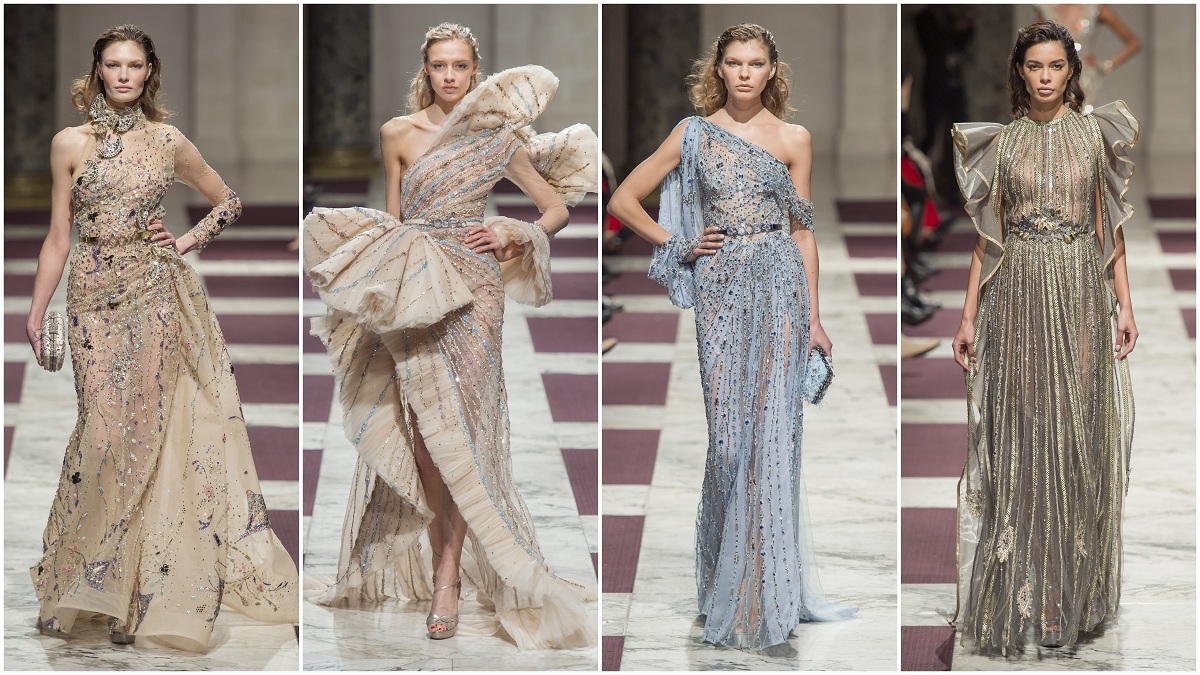 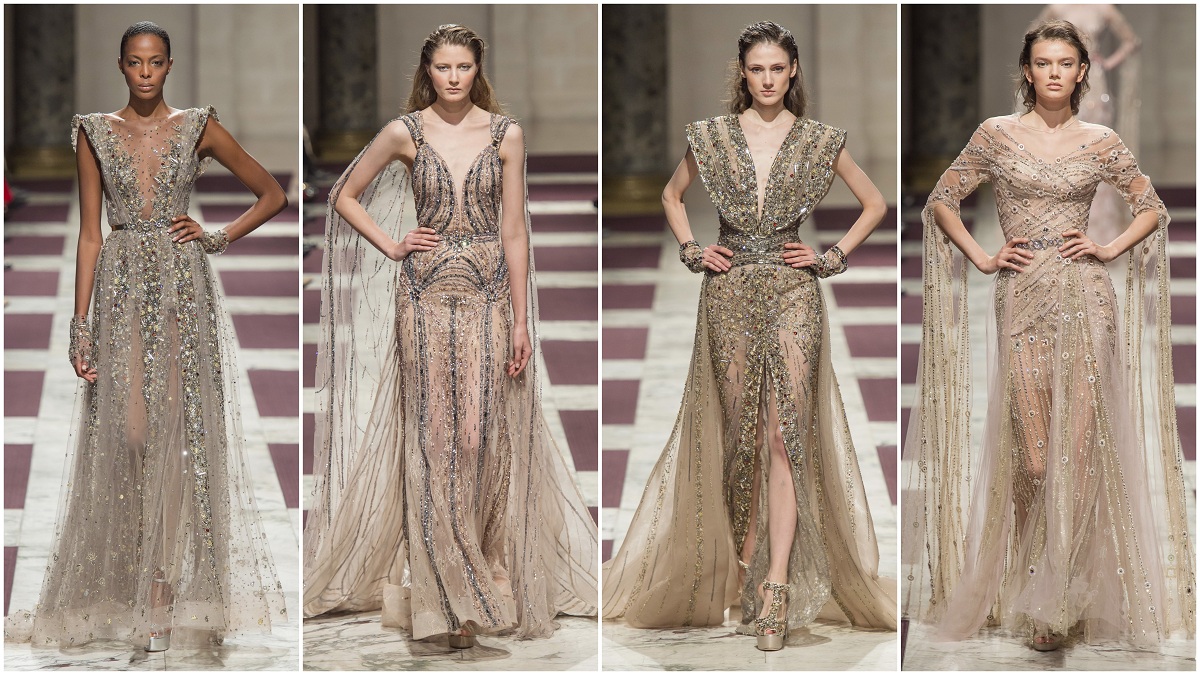 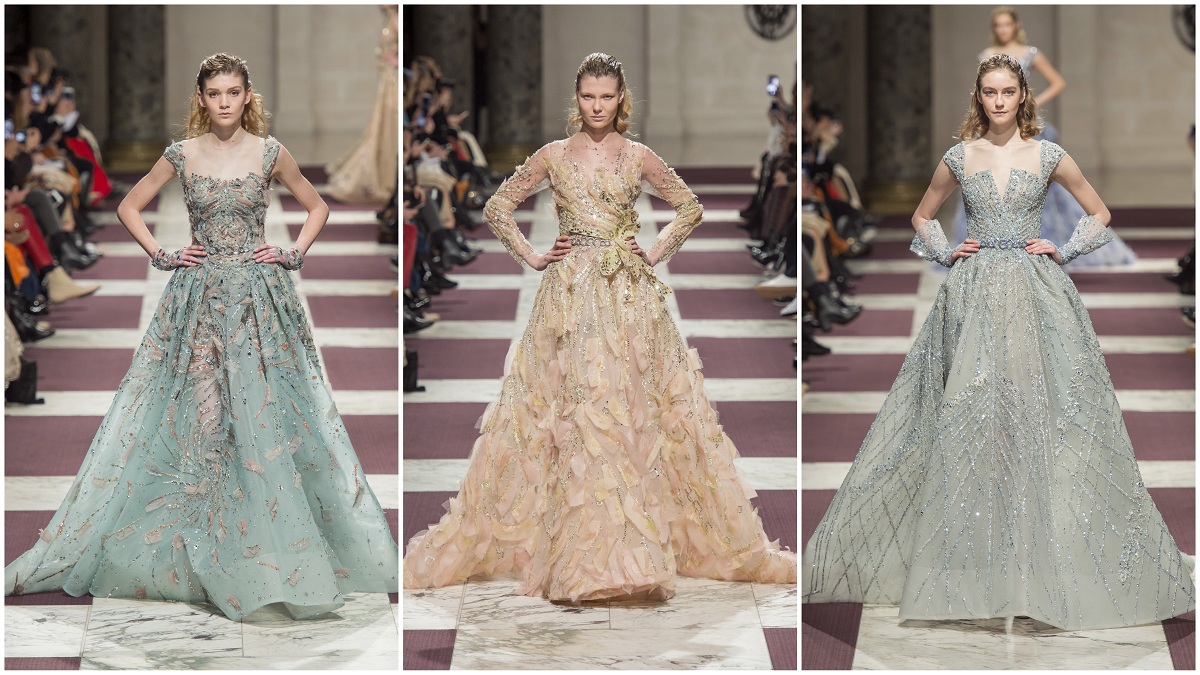 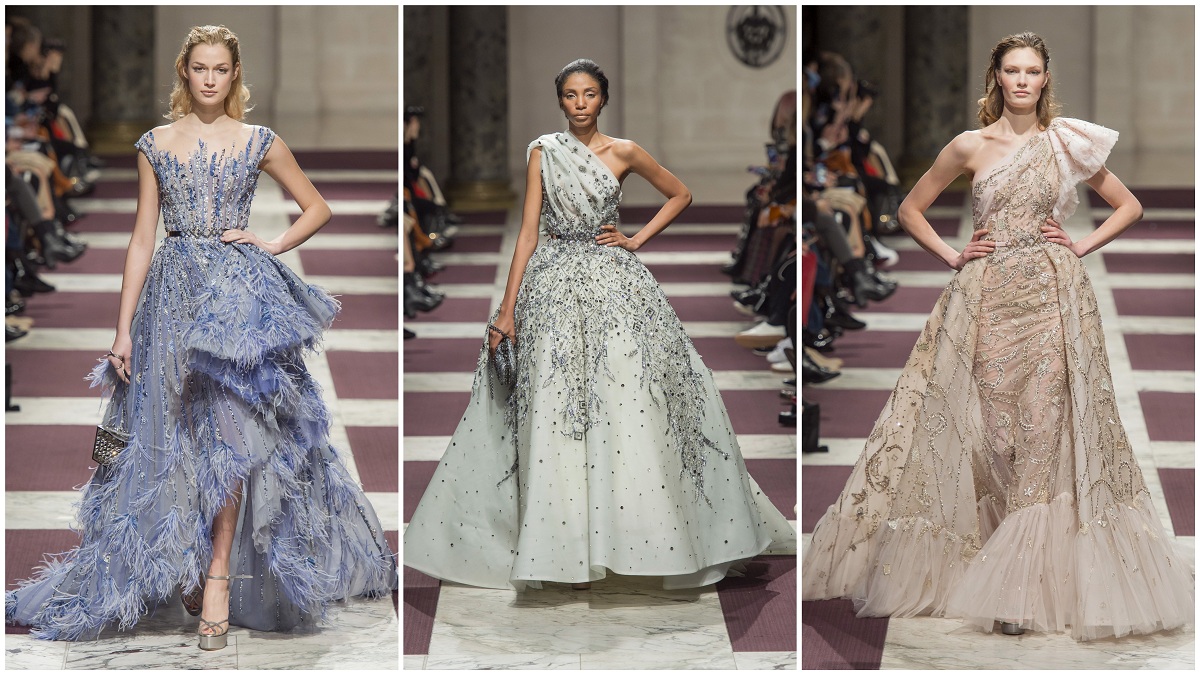 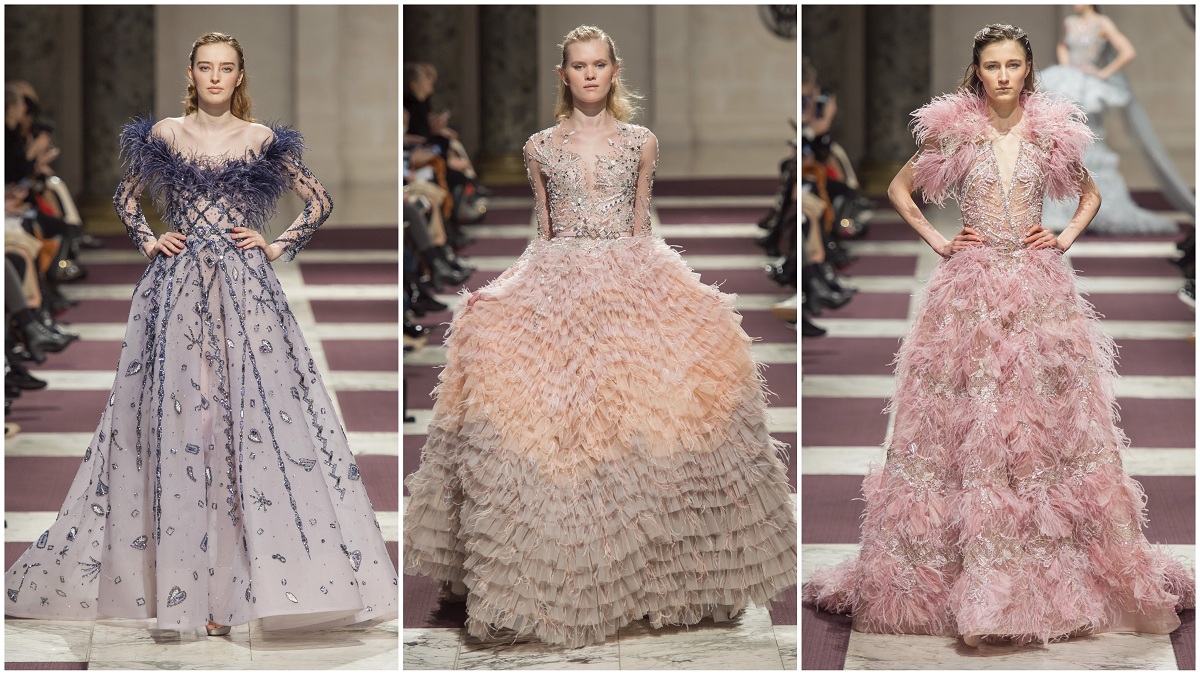 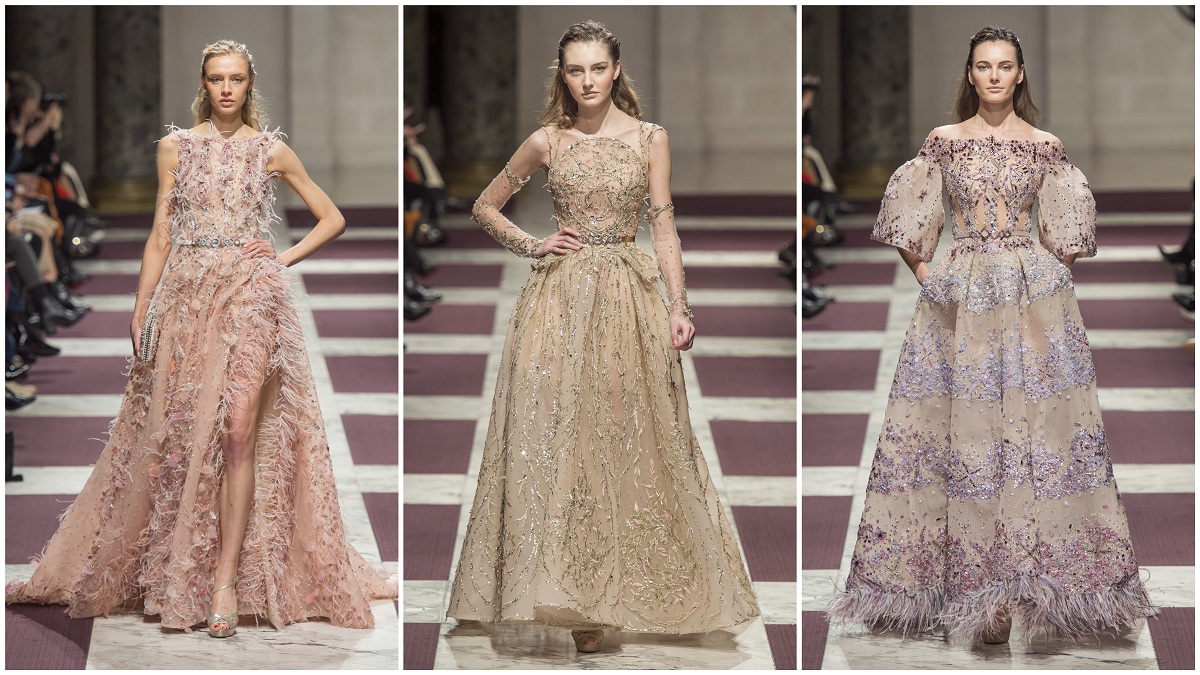 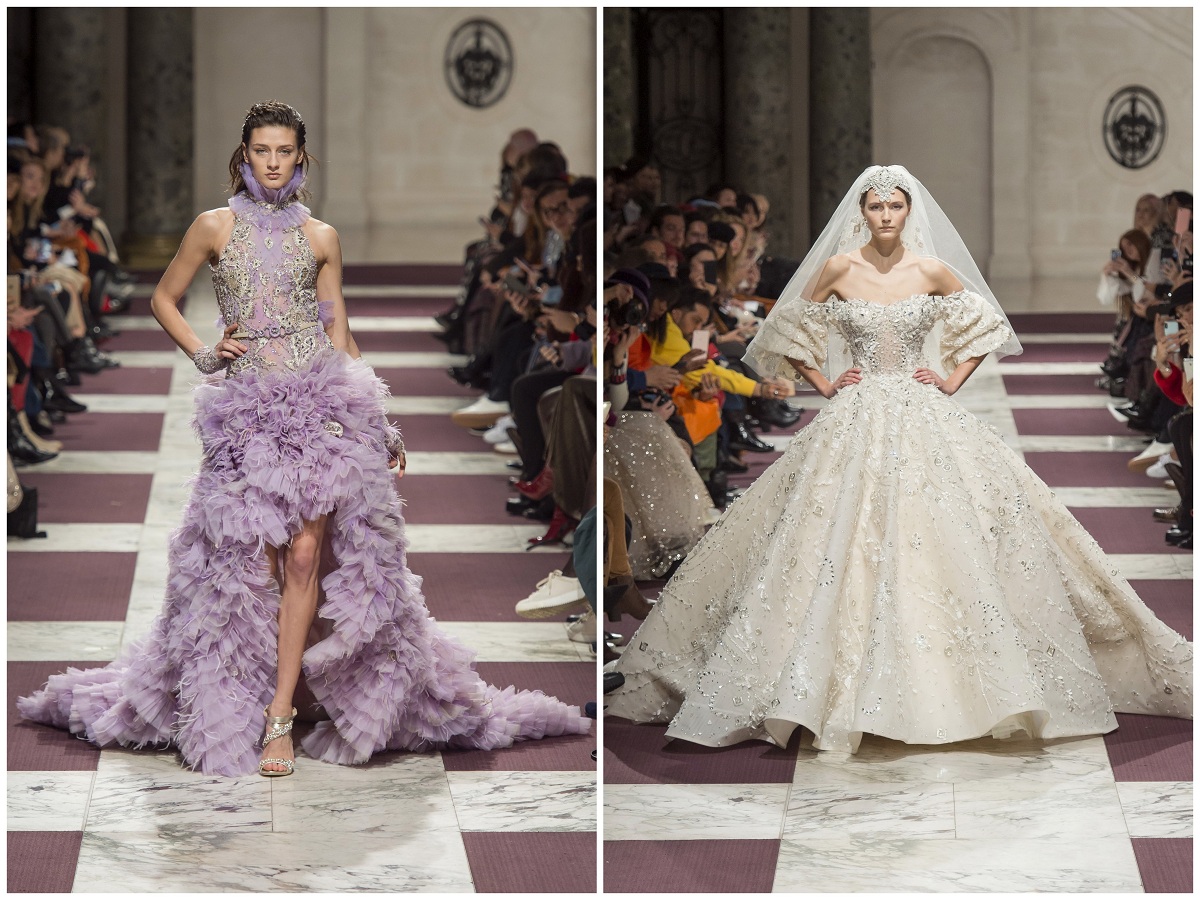