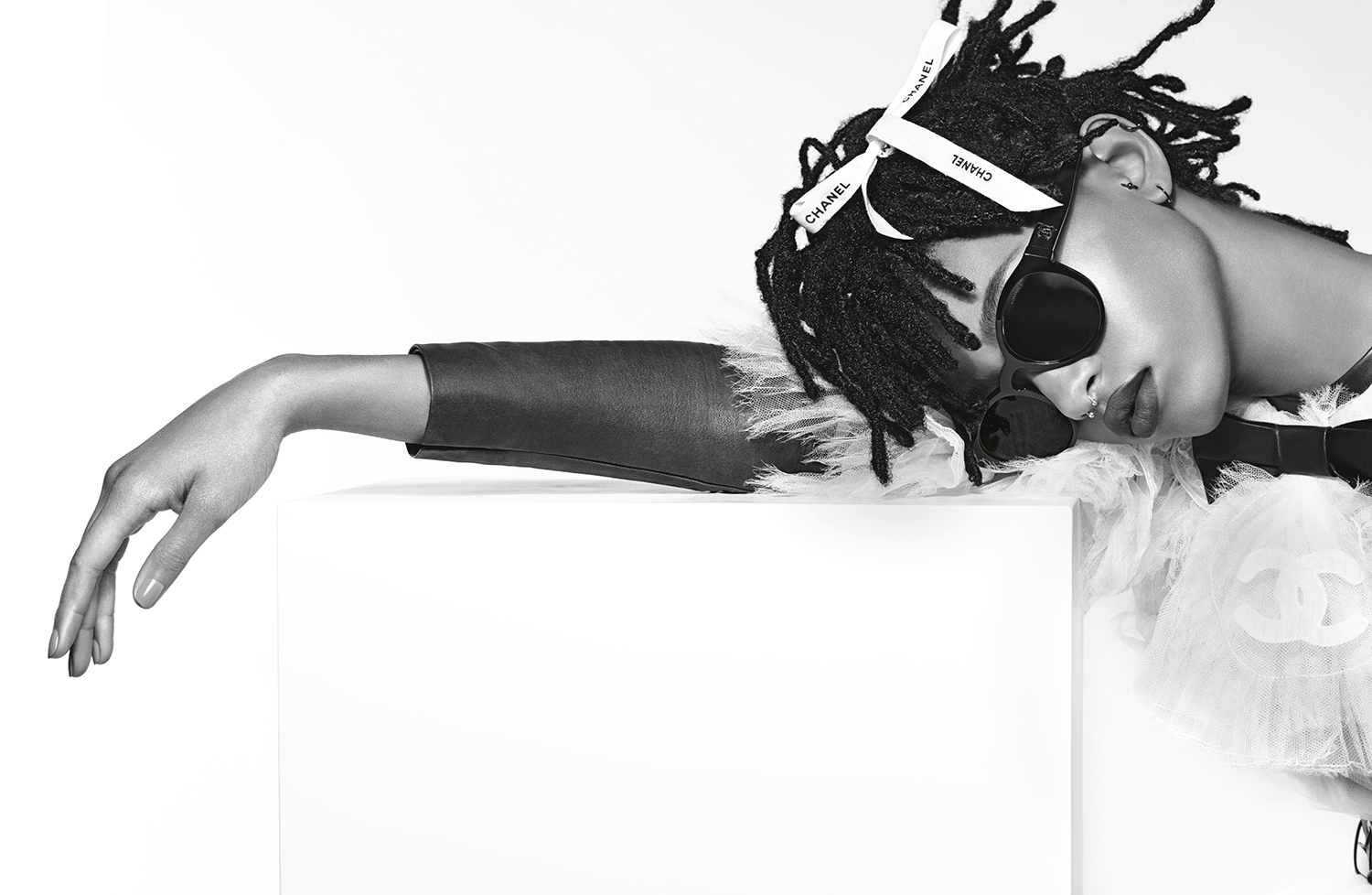 Karl Lagerfeld has chosen Willow Smith as the face of his Fall-Winter 2016/17 eyewear campaign.

A multifaceted artist, writer-composer-singer and actress, Willow Smith is the embodiment of her generation’s spirit. Her youth and energy charmed Karl Lagerfeld who has invited her to join the family of Chanel muses. With characteristic natural poise, the young trendsetter was instantly at ease in front of the designer’s camera. Willow Smith’s look and charisma are compelling in this black and white campaign with its minimal backdrop. Swathed in jewels from the Fall-Winter 2016/17 Ready-to-Wear collection, she breathes new energy into the world of Chanel eyewear. 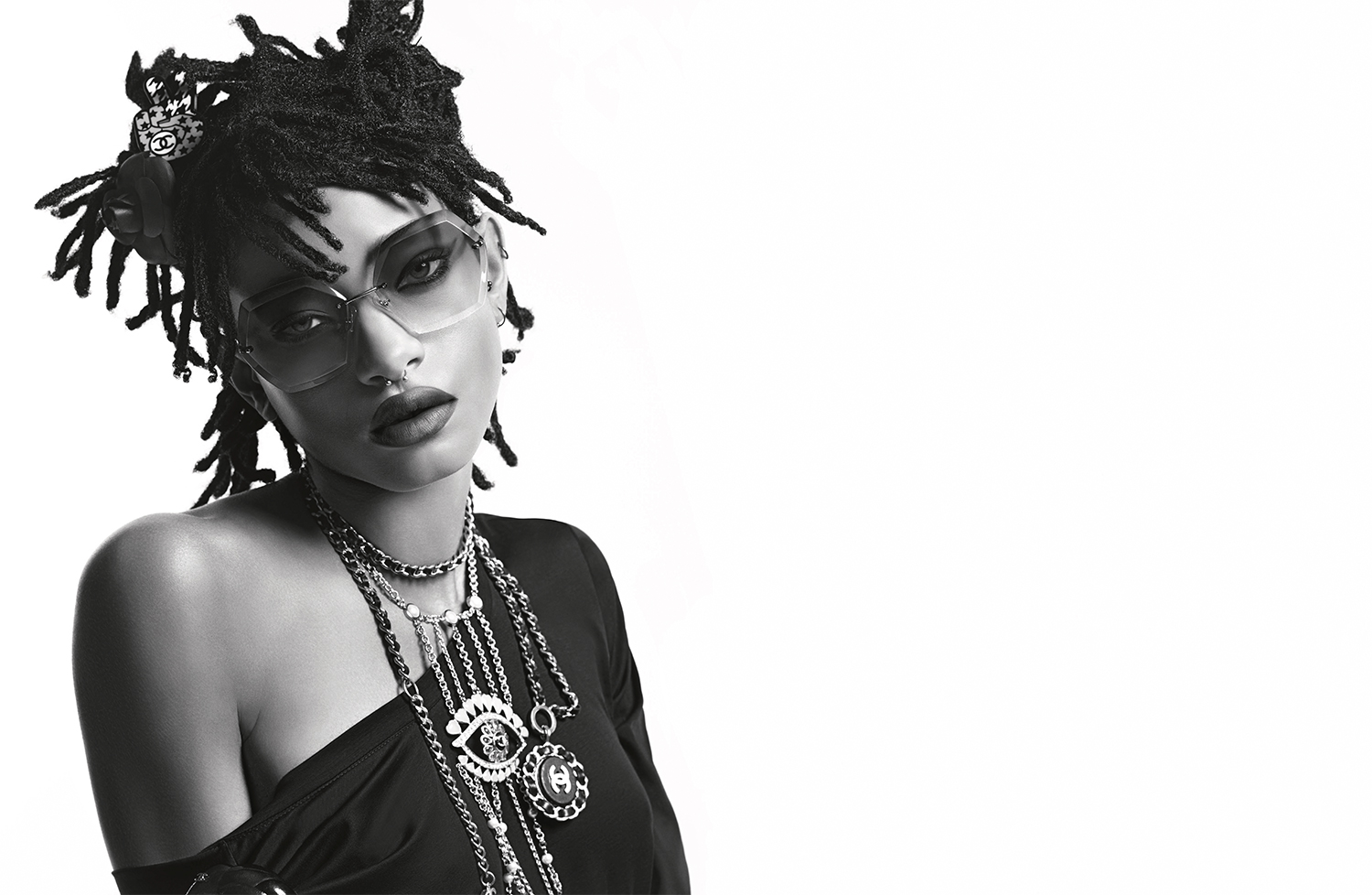 The campaign unfolds around three themes:

First seen on the runway at the Fall-Winter 2016/17 Ready-to-Wear show, the octagonal oversize sunglasses are made from lenses facetted and polished by hand. Without any frame at all, their allure is one of modern transparency, with very light colors that gently protect the gaze.

Conversely these butterfly and pantos shaped frames conceal the gaze completely behind mirrored lenses and acetates permeated with scrolls of black ink, signed with a baroque matte metal double C.

The famous metal chain interlaced with leather inspires lines whose timelessness continues to charm thanks to subtle original details: both the cat eye and round frame are topped with a slither of metal at eyebrow level and over the nose that imbues the sunglasses with a fresh chic and gives a preppy edge to the opticals. On each pair the Chanel signature blends into the chain to the point of being almost invisible. 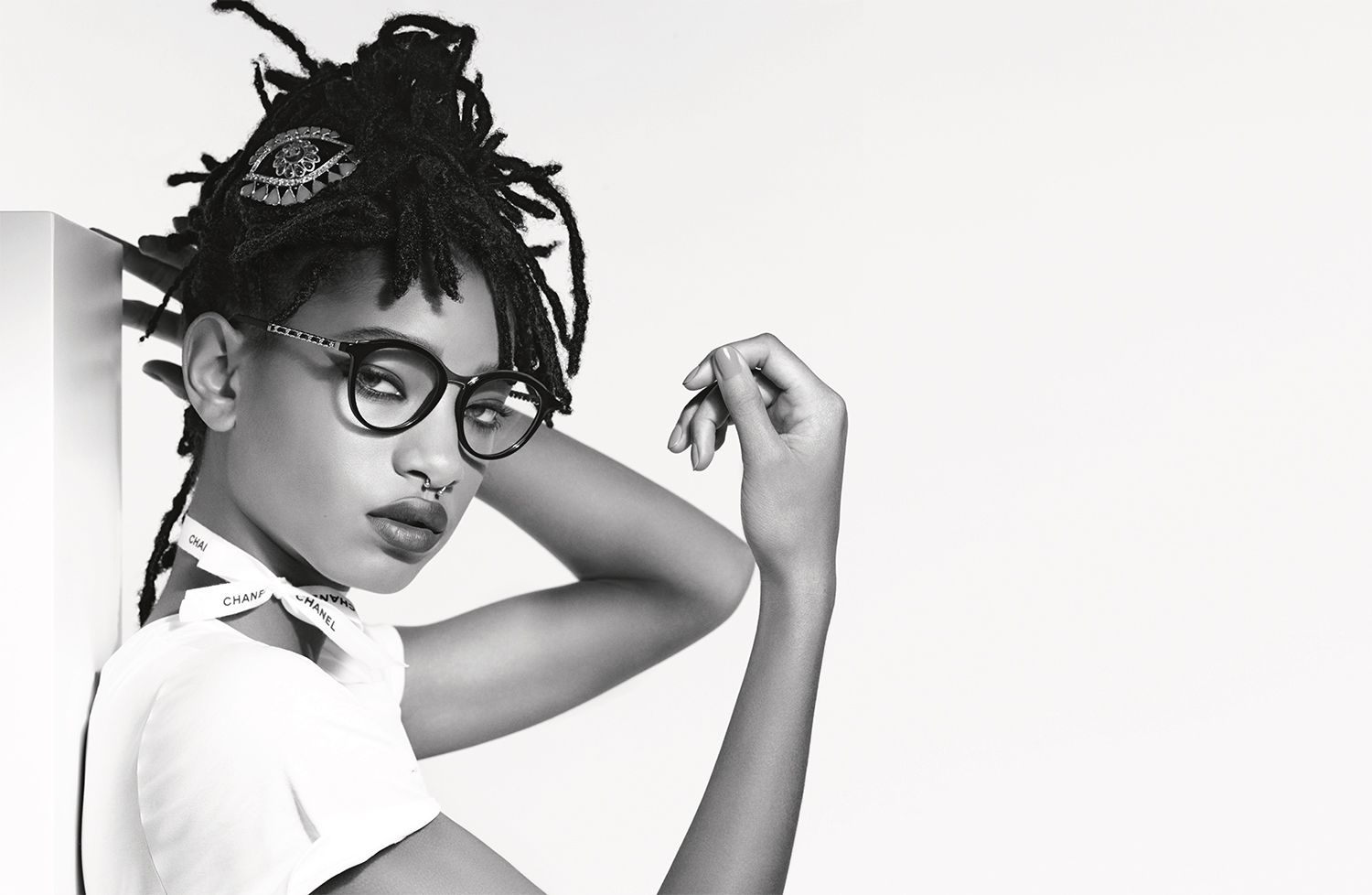 A campaign with character that’s perfectly in tune with Willow Smith’s personality. Discover the Chanel Fall-Winter 2016/17 eyewear campaign in September 2016.