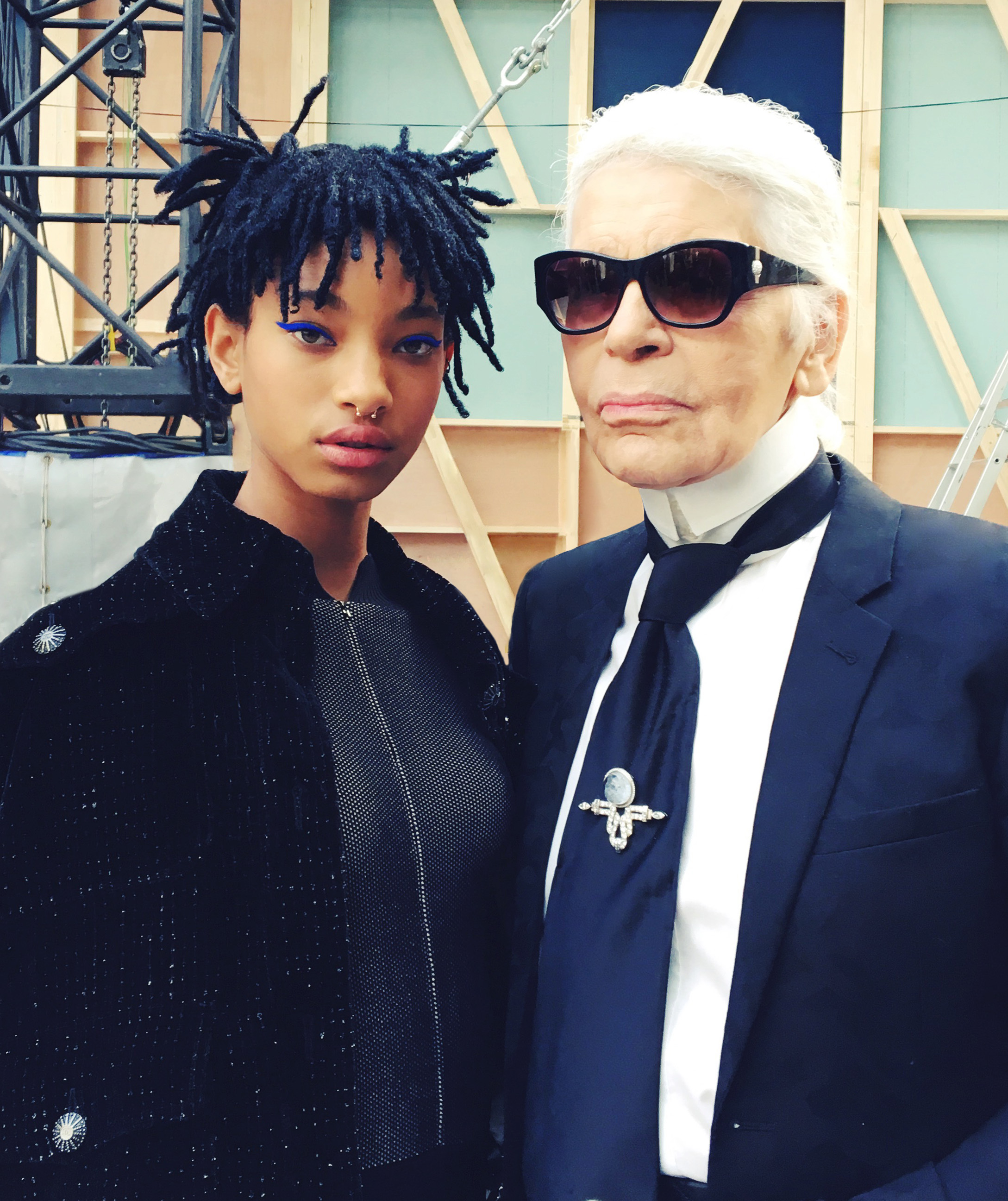 The young singer, songwriter, actress and trendsetter, has been wearing Chanel for public appearances since 2013 and her first encounter with Karl Lagerfeld was in 2014 when he photographed her for the American magazine V.

Willow Smith was notably present at the Chanel Fall-Winter 2016/17 Ready-to-Wear show presented this morning at the Grand Palais.