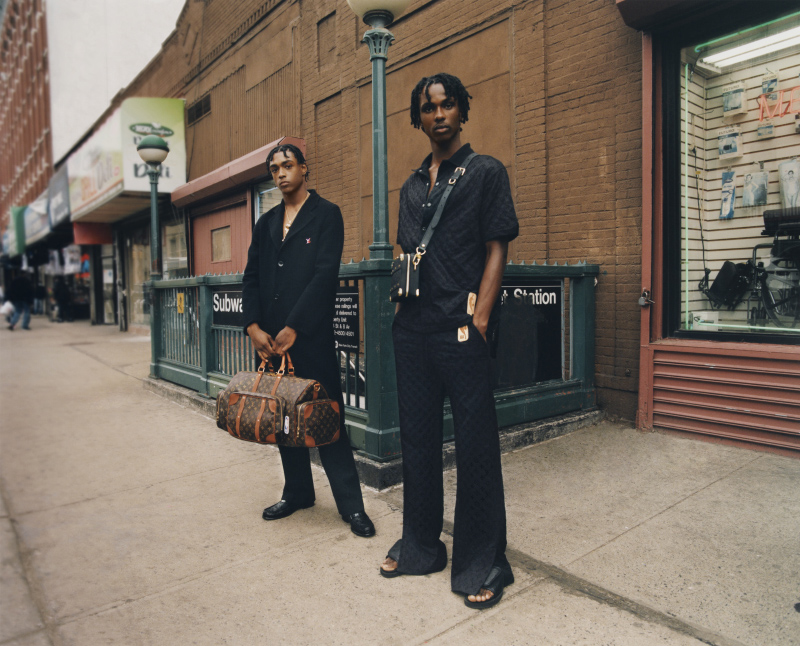 Louis Vuitton and the NBA (National Basketball Association) continue their dialogue of stories, heritage and creative memories with a Pre-Fall 2021 collection by Louis Vuitton Men’s Artistic Director Virgil Abloh. This second collaboration between the fashion house and the professional basketball league is inspired by the codes of the 1990s, the golden age of the sport. 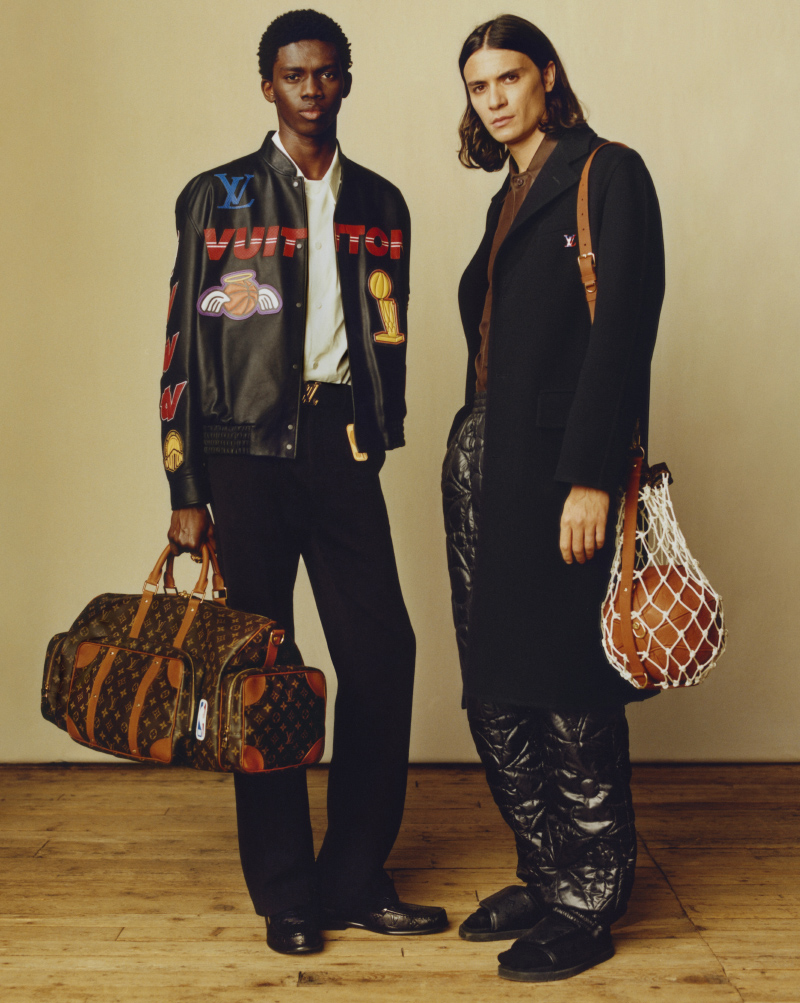 This pre-collection is a cross-cutting tribute to pop culture, fashion and sport as Virgil Abloh celebrates the values of brotherhood and universality. Louis Vuitton’s Artistic Director invited American designer Don Crawley to create several pieces, including a blouson, shorts and a Keepall adorned with basketball iconography, as well as emblematic basketball and hoop objects. 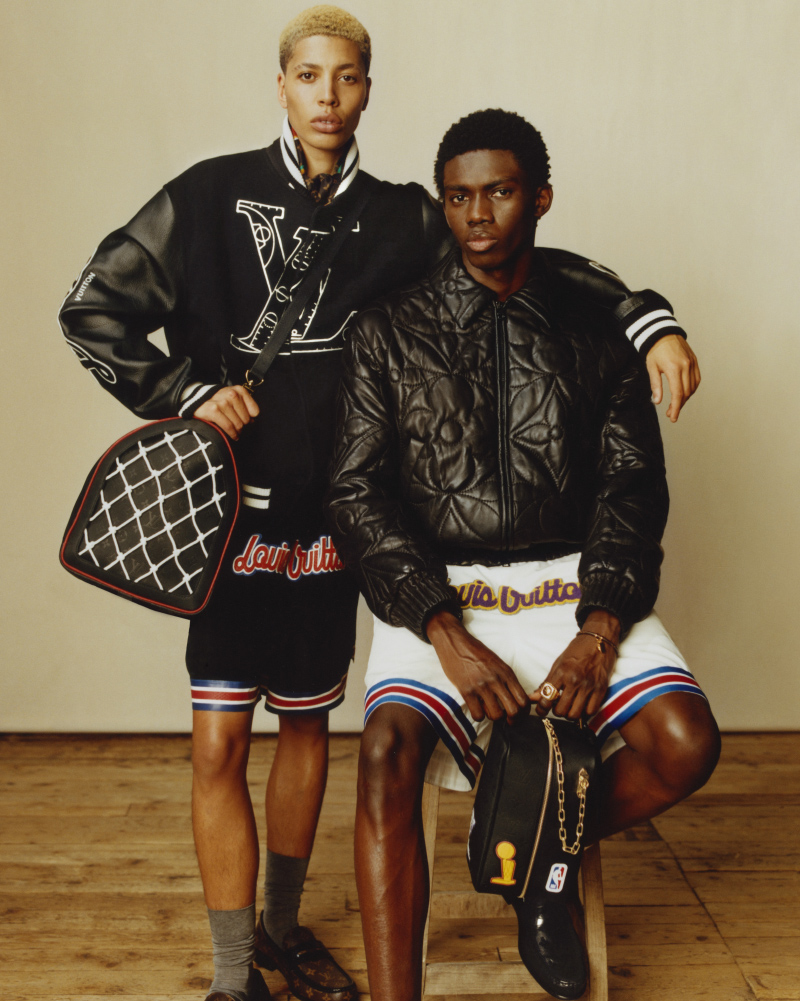 Virgil Abloh has designed the new LVxNBA collection as a complete wardrobe for an NBA player, covering all the key moments in their lifestyle – travel, game and press conference. For travel, a theme long synonymous with Louis Vuitton, relaxed casualwear pieces bounce with style. A quilted blouson and matching pants are decked out in Louis Vuitton’s signature floral motif. A hoodie and shorts are saturated with the LV logo, while technical parkas and functional pants are perfect for nomadic athletes. For game days, blousons, shirts and shorts fuse Louis Vuitton and NBA codes, with multicolored graphic letters in typographies borrowed from different NBA teams. The Maison’s logo is reinvented as a college crest for shorts. Pieces are more formal for the de rigueur press conference, including 90s-inspired suits and a black coat with square lines and a leather bomber jacket reminiscent of legendary basketball jackets. 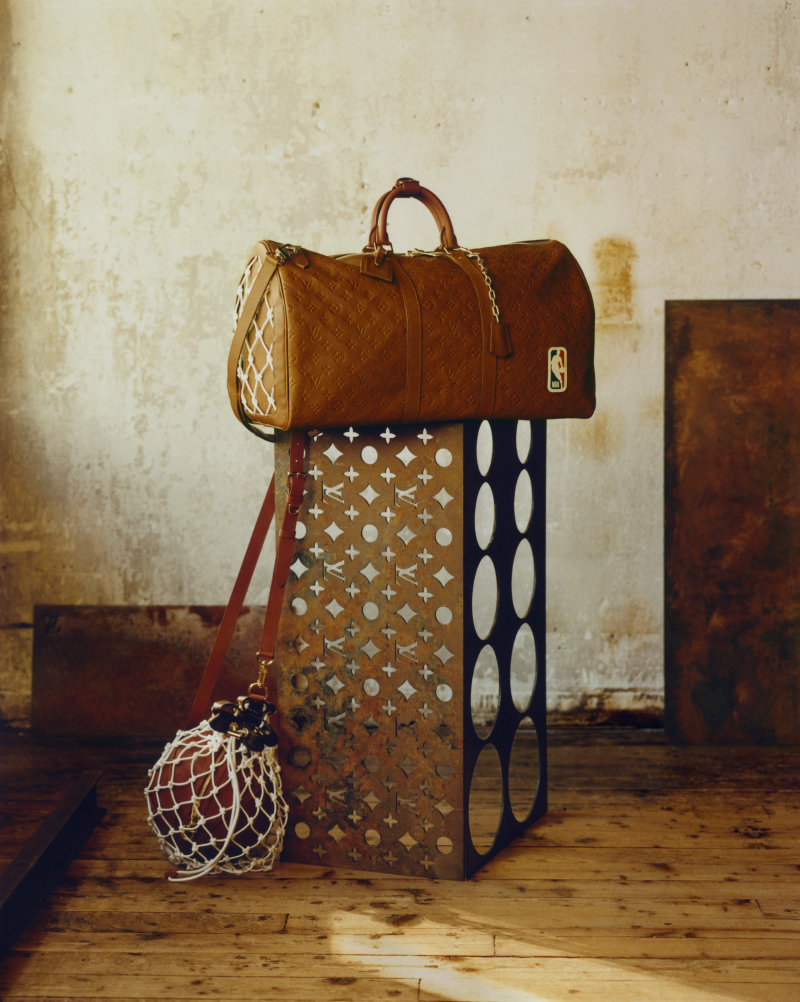 Already present in the debut collection, bags are embellished with the NBA insignia in new iterations. There are ball-shaped pouches and sports bags with mesh detailing inspired by basketball nets. A new line of bags in grained leather is designed to evoke the texture of the iconic orange ball, available in both vintage version with natural colors and a black model with patching. The celebrated Keepall in black embossed Monogram leather comes with red python inlays and straps. 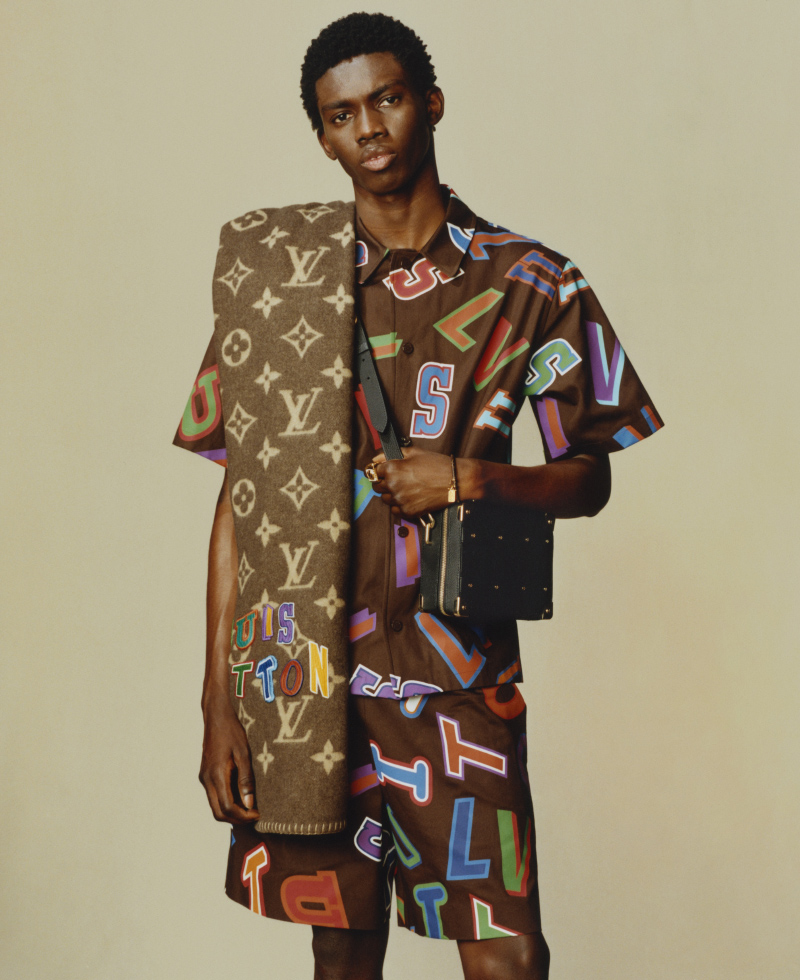 Footwear morphs to pregame with sandals decorated with letters and a Monogram derby. Monogram ankle boots pay homage to courtside dress codes, and furry mules represent the press conference vibe. Jewelry pieces include extra-large chain necklaces that echo jewelry worn by players in the 1990s. A ring adorned with LVxNBA logos mimics the league’s emblematic championship rings. In a full lifestyle spirit there are a blanket and cushion in Monogram wool and cashmere, with a hand-stitched letter embellishment. 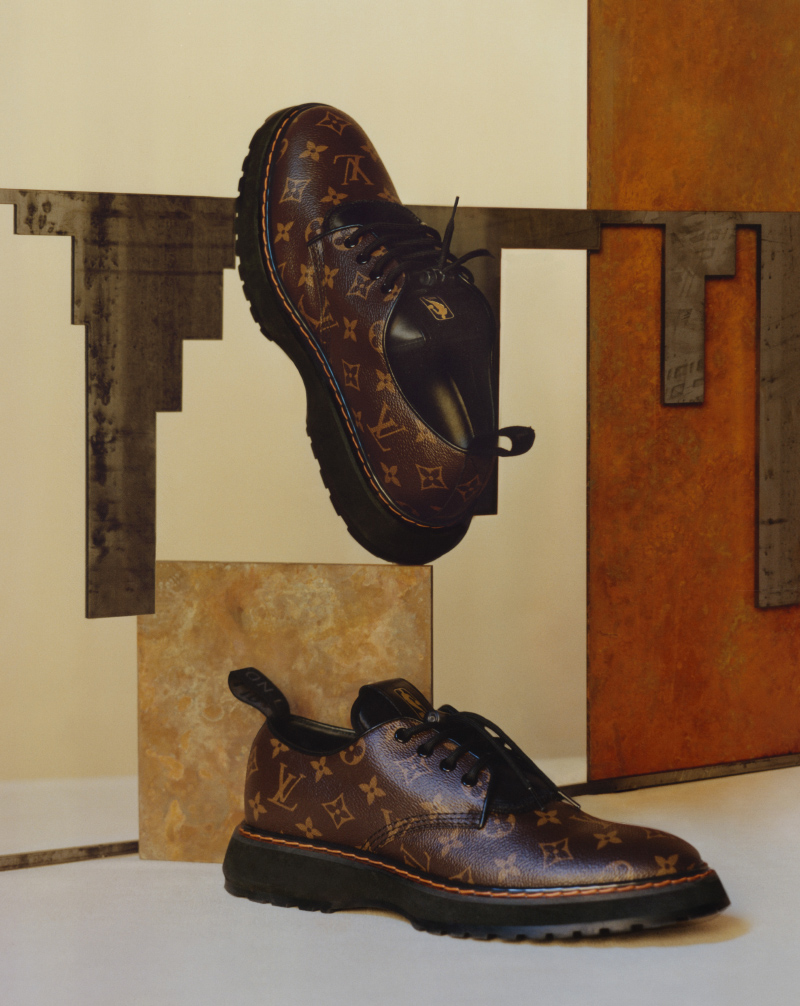 The ultimate emblem in this second LVxNBA drop is an actual size (29.5 inches) basketball, plus a small (5.11 inches) collector’s version, replete with a basketball hoop mounted on a backboard that reprises a celebrated Louis Vuitton trunk. The limited-edition basketballs, designed in accordance with the Maison’s meticulous savoir-faire, are produced by Wilson Sporting Goods, the official game ball supplier to the NBA. They will be inaugurated during the league’s 75th anniversary season in 2021-2022. Each piece sports the Louis Vuitton logo and the NBA brand. The large models are decorated with an embossed Louis Vuitton Monogram motif. All the balls are crafted in a premium composite material that emulates the leather traditionally used for Louis Vuitton luggage. The leather grain for the rest of the collection also reprises that of traditional basketballs. 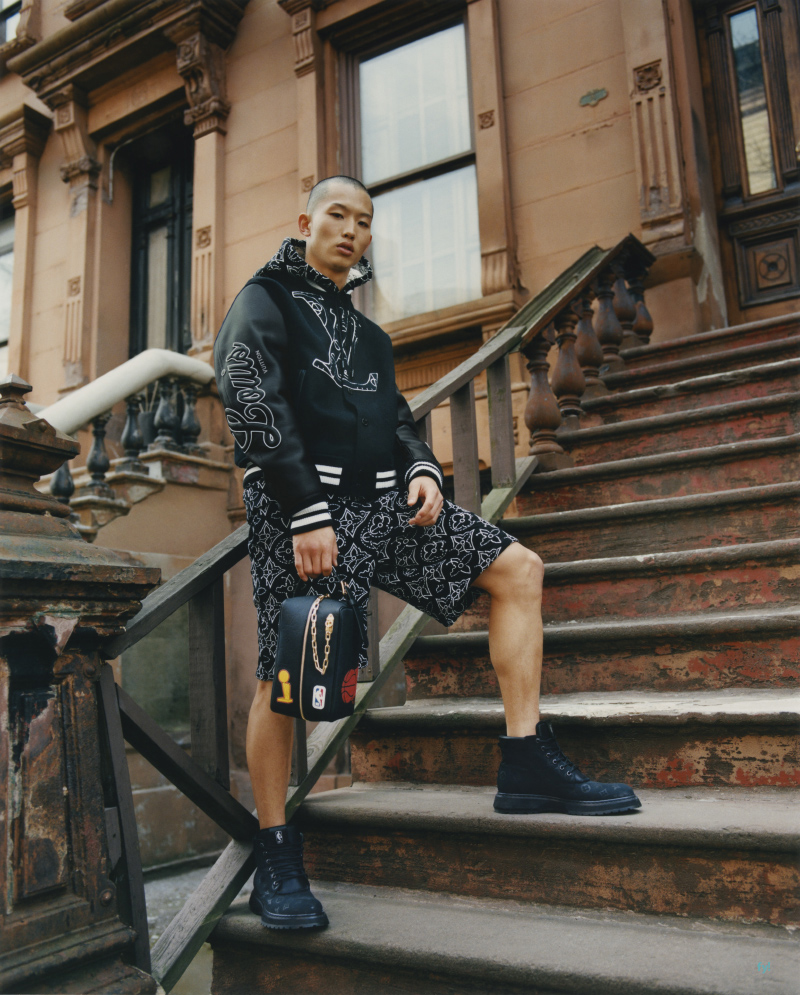 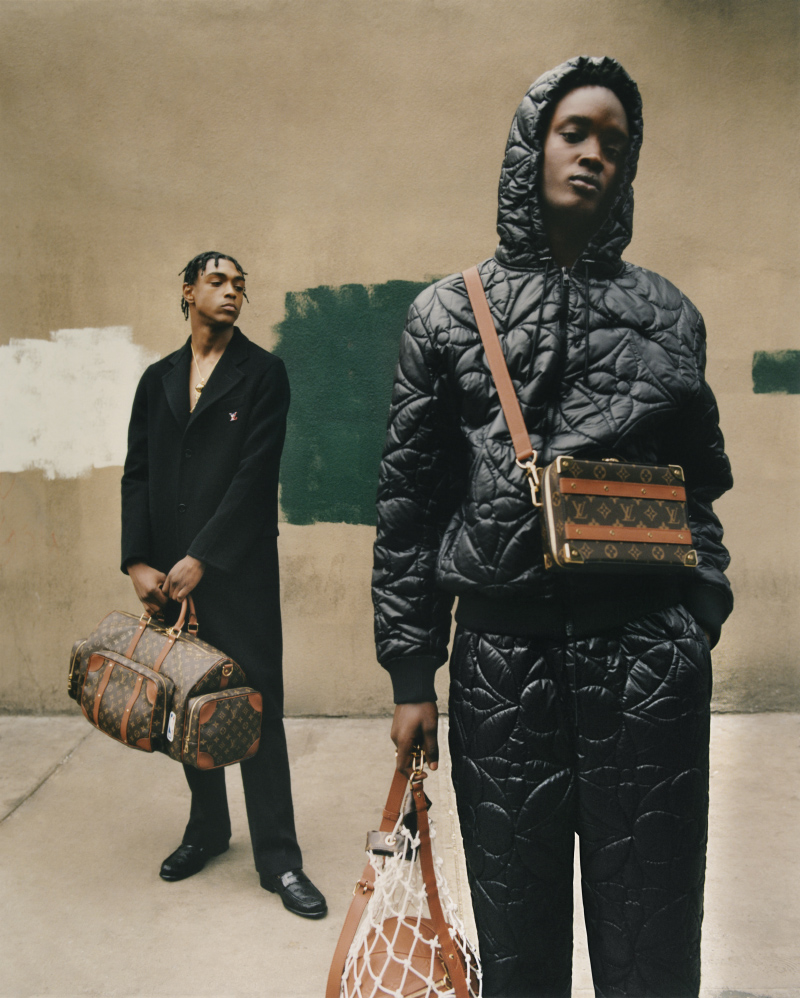 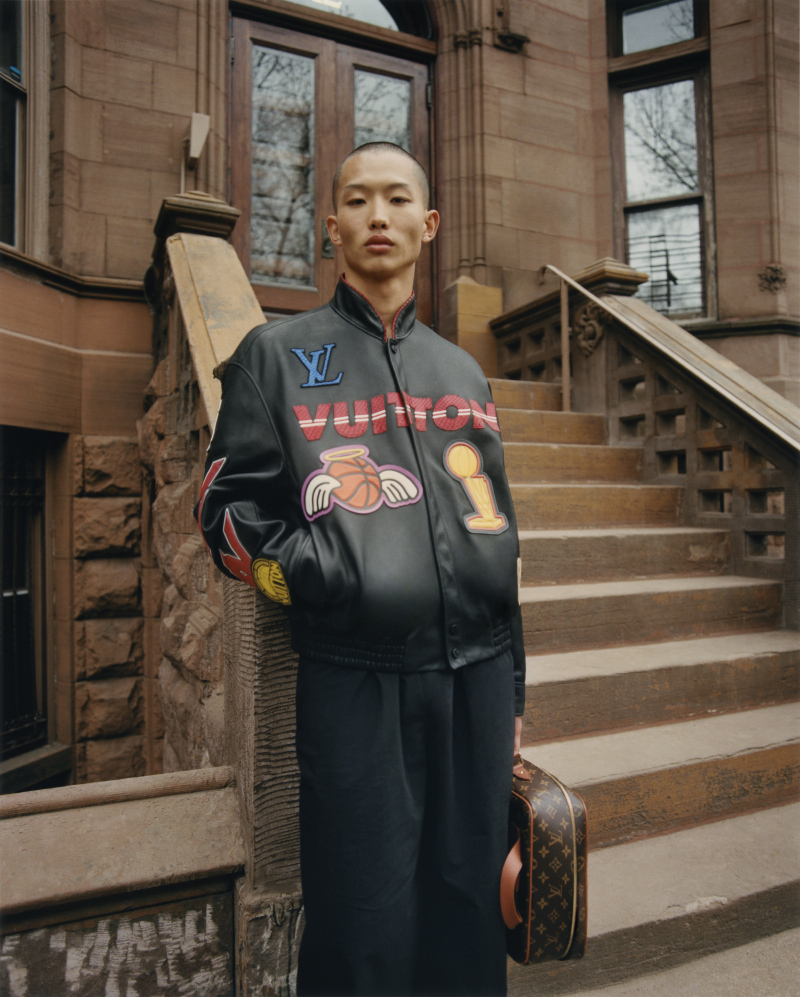