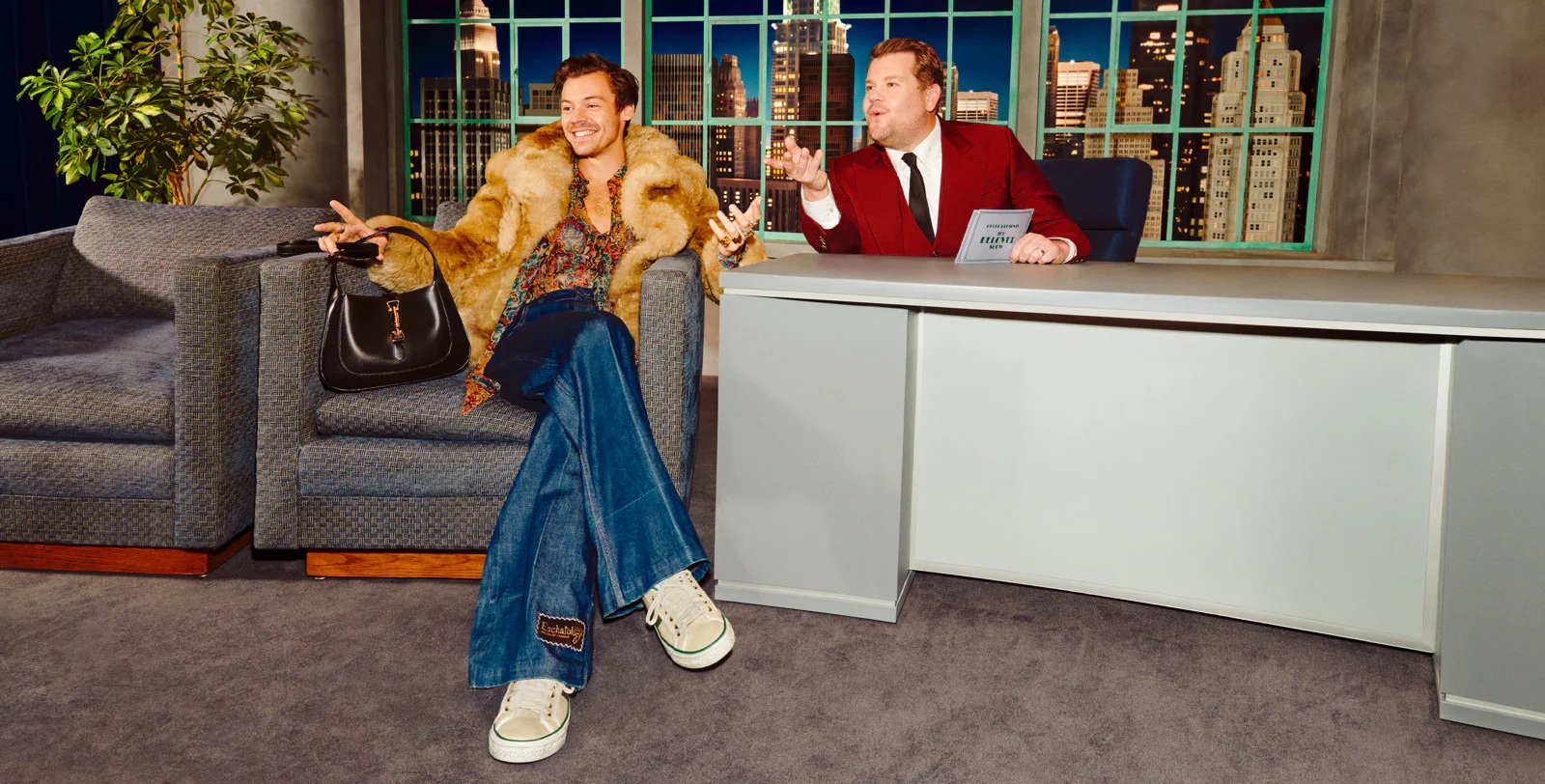 The late-night talk show has become a pop culture staple – beaming the lives of the famous into our homes, a touch of glamour delivered with a sprinkling of good-humored banter. Subverting the genre, The Gucci Beloved Talk Show—hosted by James Corden—features guest stars like Awkwafina, Dakota Johnson, Diane Keaton, Sienna Miller, Harry Styles, and Serena Williams alongside handbags from the Gucci Beloved lines. 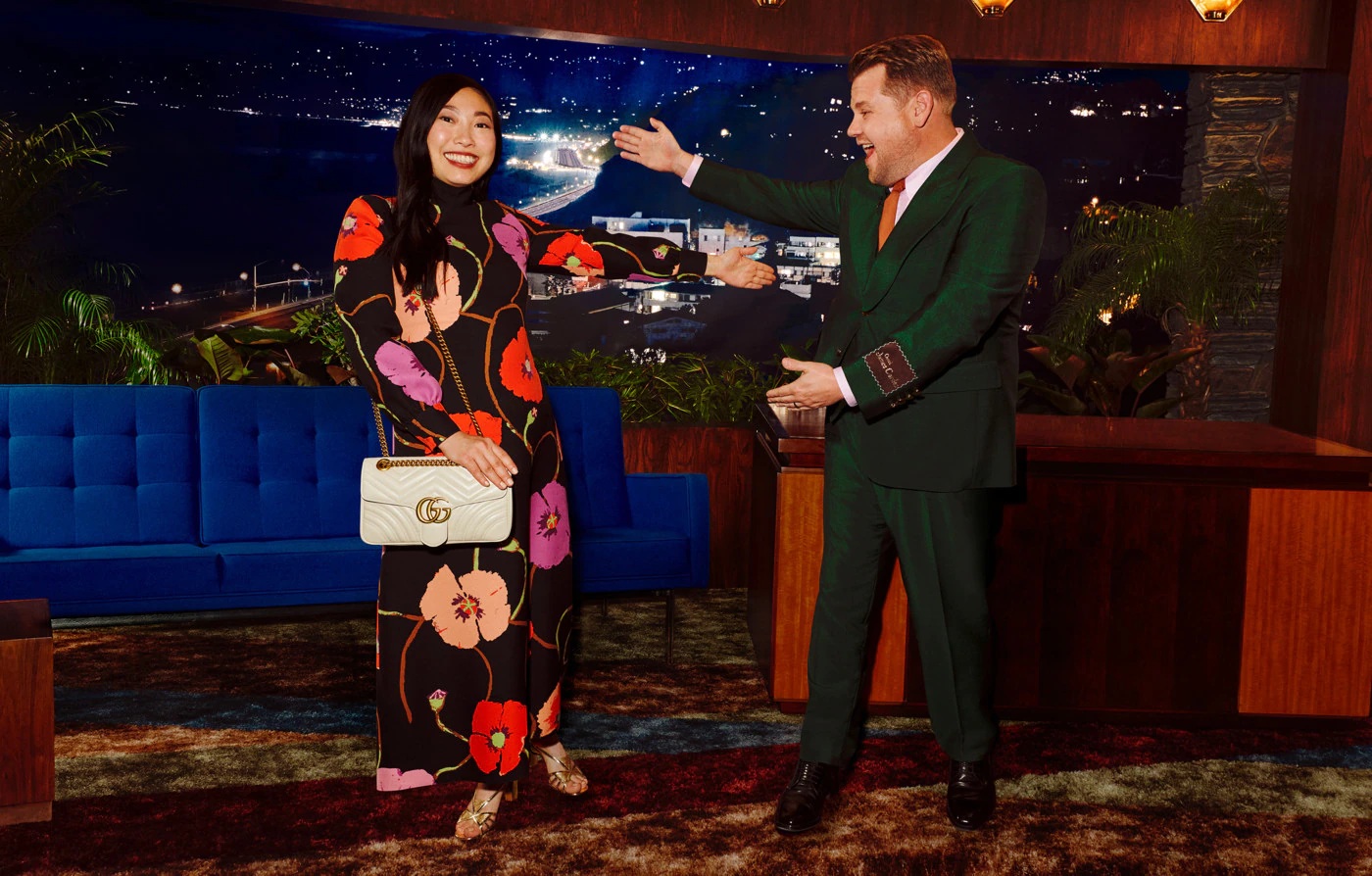 The signature stable includes Dionysus with its hardware comprising two tiger heads shaped in the form of a spur, an ode to the Greek god who in myth is said to have crossed the river Tigris on a tiger sent to him by Zeus. Then there is Gucci Horsebit 1955, distinguished by a double ring and bar, a motif that encapsulates the House’s equestrian heritage. The GG Marmont line is defined by the Double G, an archive-inspired styling of the initials of the House and finally, Jackie 1961, known for its curved half-moon shape and emblematic piston closure.

“We went back in time, to the original TV talk shows, where the protagonist is the bag itself, the big star. Very often these creations are named after influential women who conditioned the habits and customs of many,” said Creative Director Alessandro Michele about the new campaign shot by cult artist, photographer and director Harmony Korine with art direction by Christopher Simmonds. 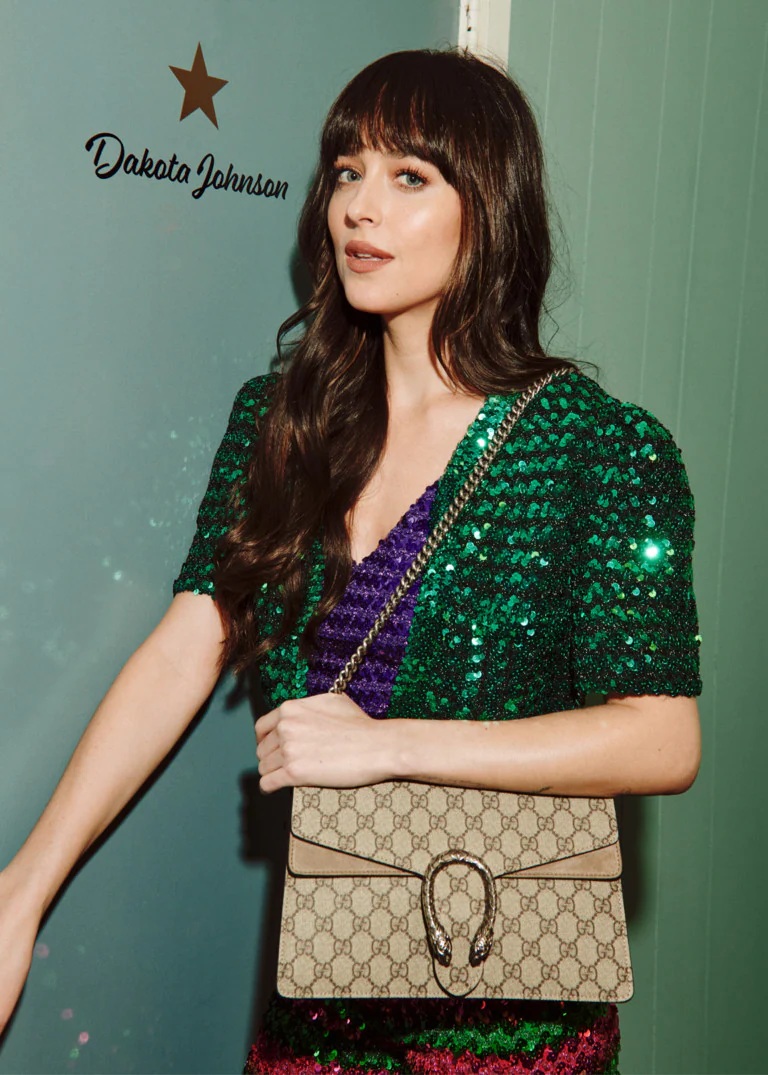 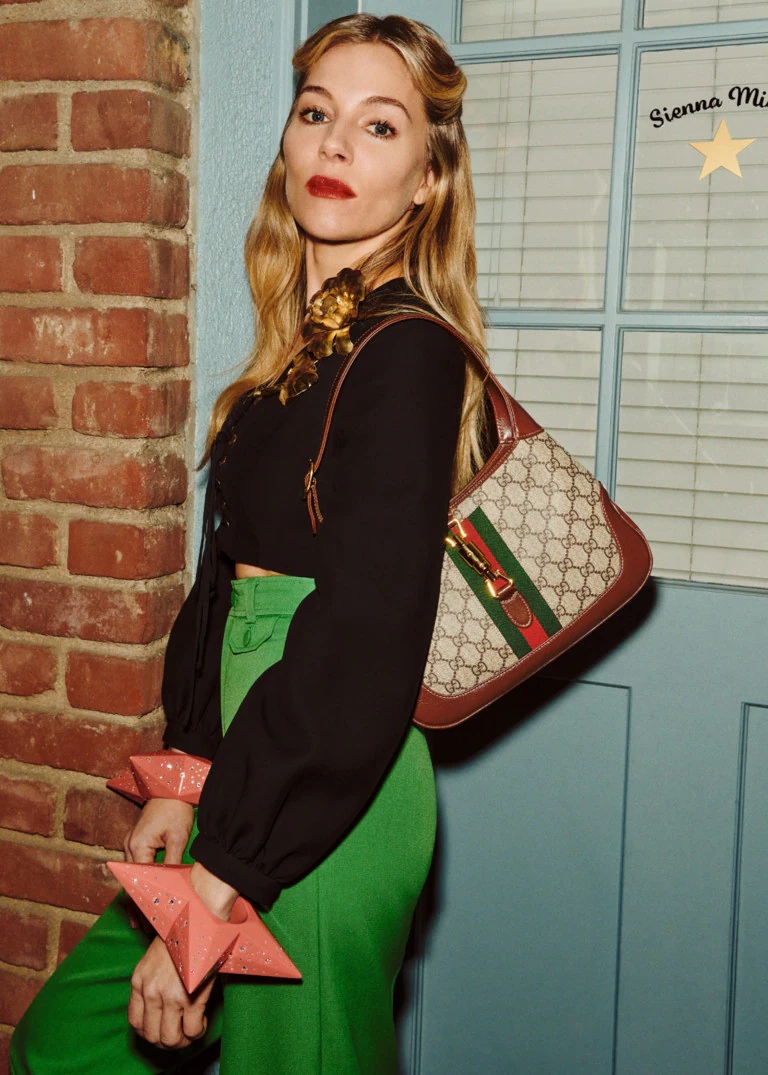 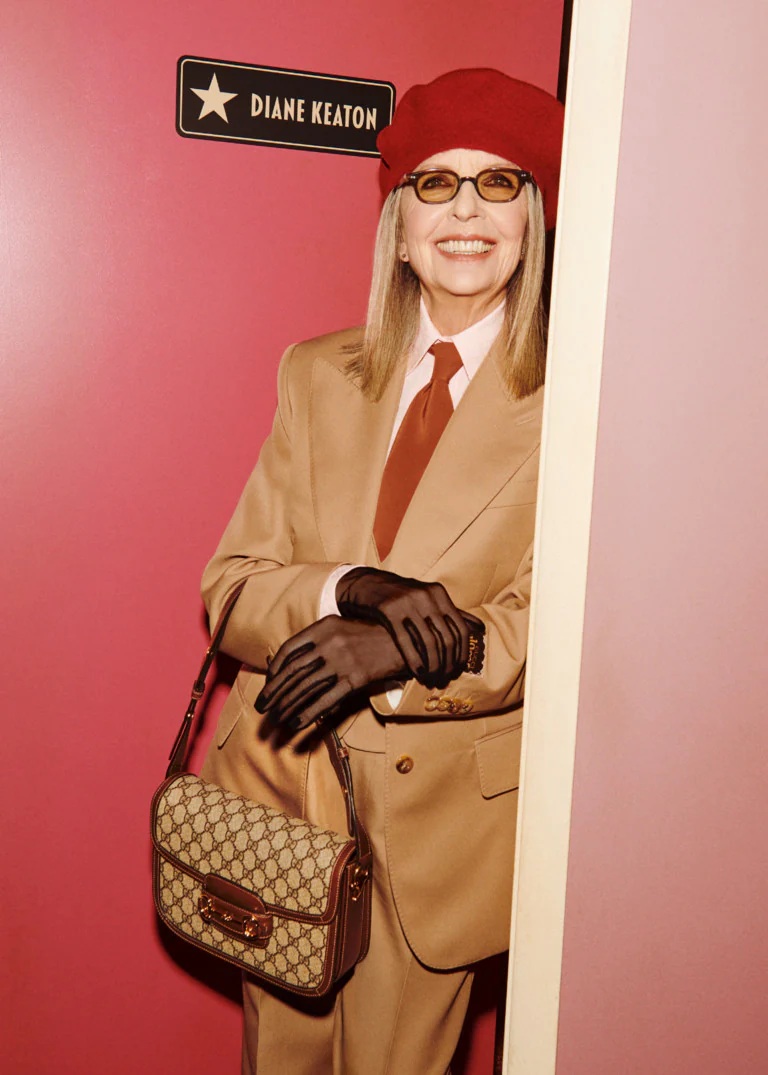 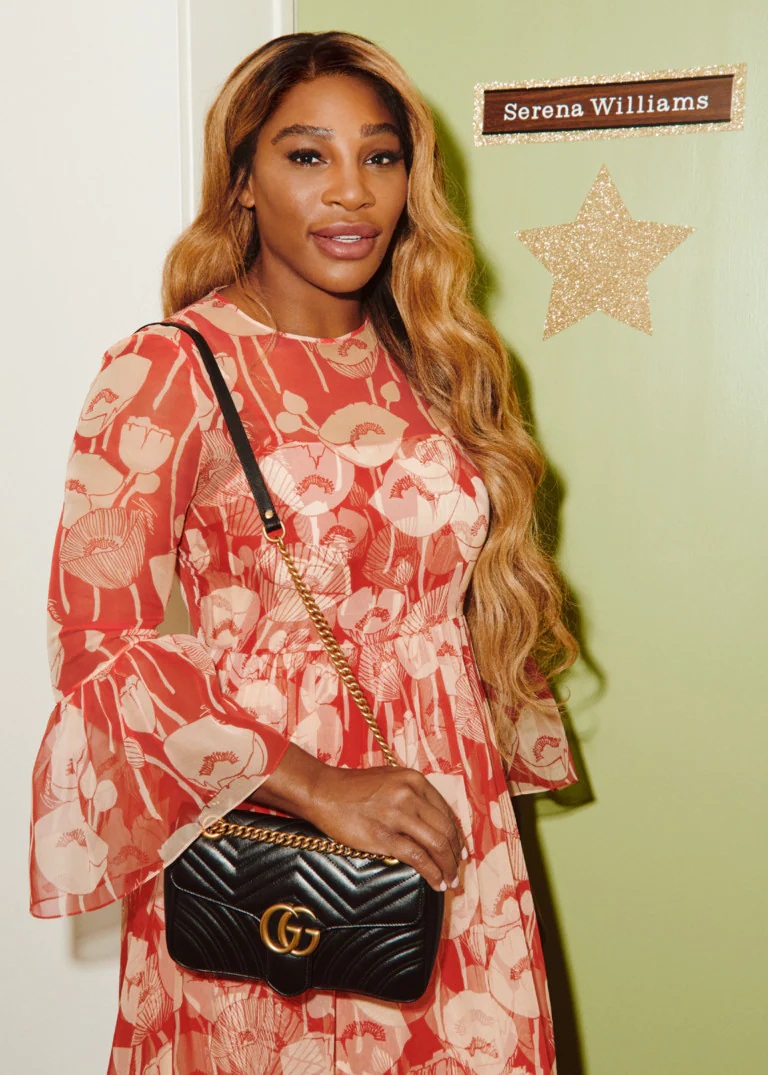