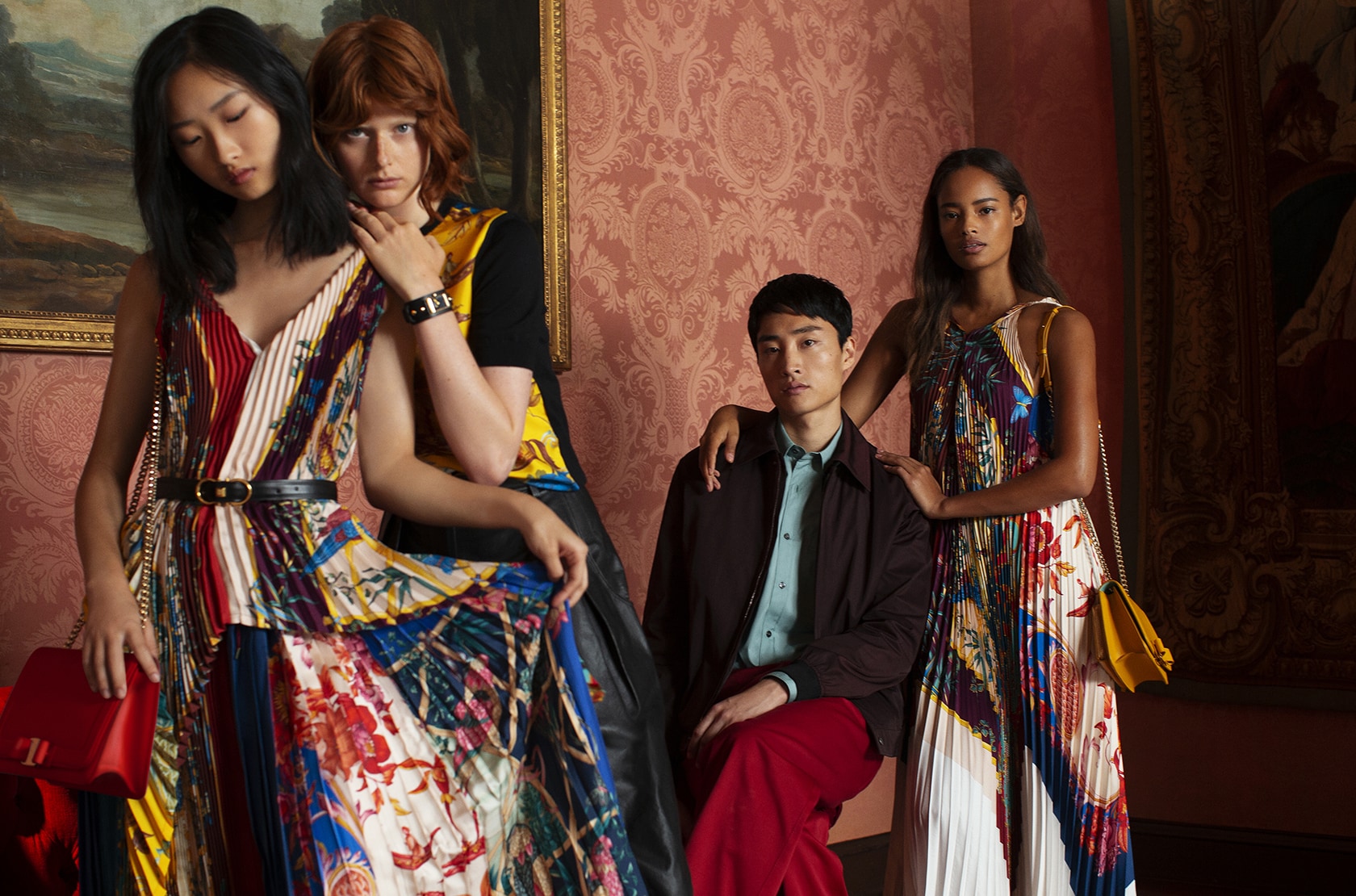 For its first-ever Holiday Season campaign, Salvatore Ferragamo invites us into our world. Shot by Sofia Malamute, the campaign stars a cast of three women and two men that expands the Patchwork Of Characters concept – an embrace of difference and diversity. Appropriate to the season – a time of togetherness, sharing and joy – they are portrayed celebrating each other’s company in a beautiful heritage location. 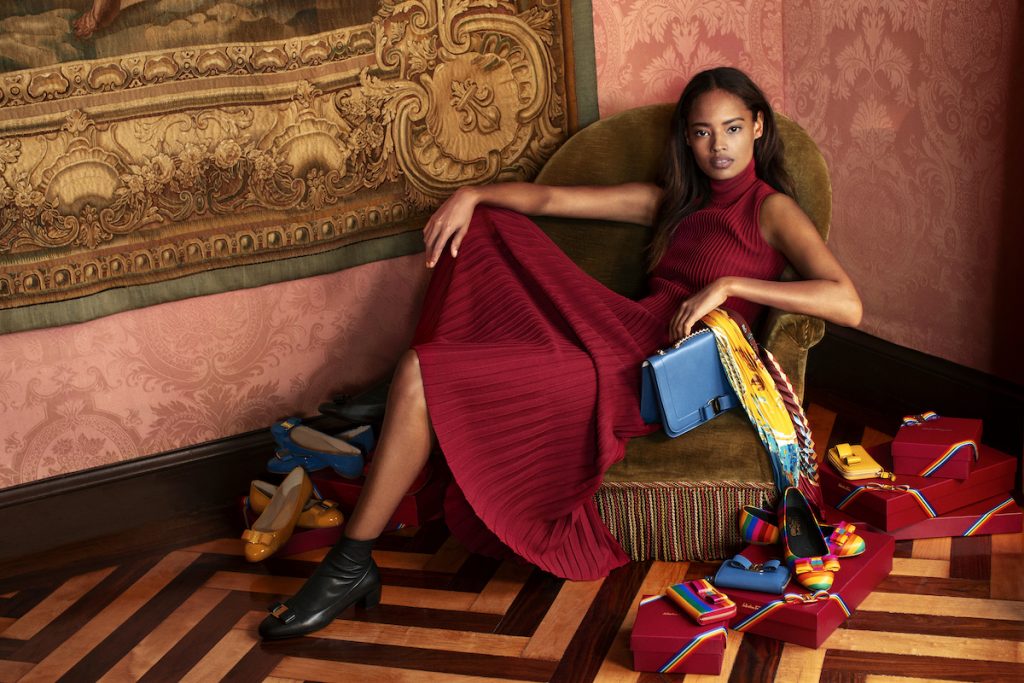 Paul Andrew, Women’s Creative Director, says: “Being part of Ferragamo’s story is a true gift. Our dynamic creative community has all the rich heritage of this house to explore, and we enjoy total freedom to play with those codes from the past in order to reinvent them for the present. Shooting this campaign alongside Sofia and watching all that work come alive was extremely exciting. That’s because the greatest privilege in being able to explore the archive, passed down via generations of Ferragamo expertise and passion, lies in being able to introduce it to a new generation.” 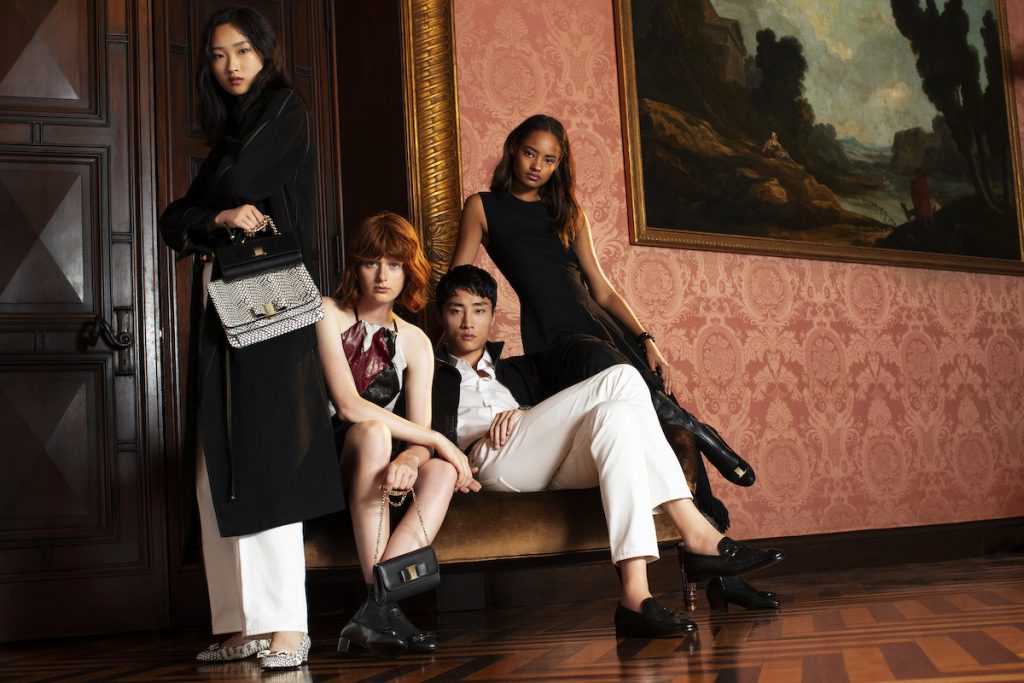 The campaign will break mid-November across digital platforms and social media. It highlights a special edit of Pre-Spring 2019 ready to wear, and dedicated Holiday Season collections which contemporize two of the greatest designs handed down from the Ferragamo archive. The famous 1938 Rainbow wedge that was created by Salvatore Ferragamo himself for Judy Garland: its immortal and inspiring rainbow palette is integrated into bags and shoes, both in rainbow stripes and block color rainbow shades. 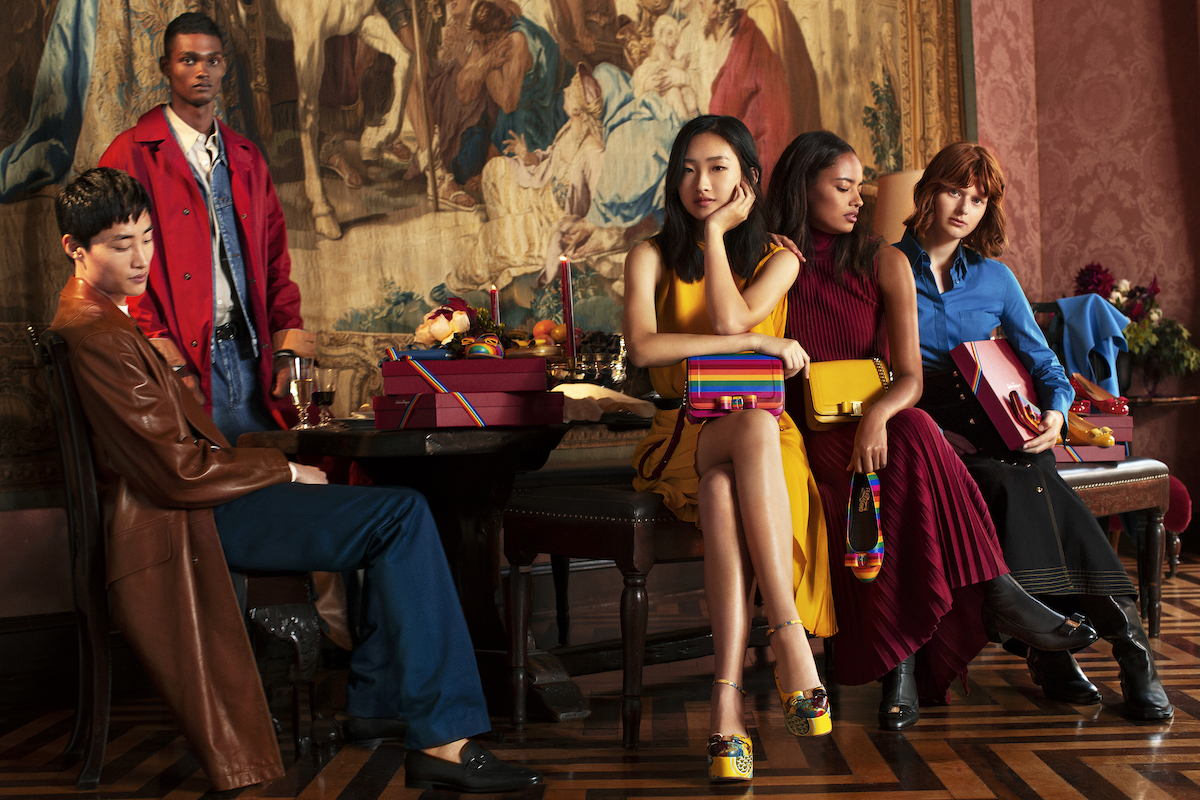 The grosgrain bow Vara was invented by Salvatore’s daughter Fiamma in 1979. This season that famous bow, reimagined in leather, is applied to three new shoe styles – a thigh high boot in stretch nappa, a stretch nappa bootie, and a black ankle-strapped platform wedge. These new styles come either in black – part of a graphic black and white story accented by snake pattern that is also a key Holiday Season theme – or in the reimagined Sumatra print.

This 1990’s print, found by Paul Andrew in the Ferragamo archive, has been spliced and re-proportioned in silk scarves on shoes and handbags. Fresh vision and vintage codes combine to make a collection and campaign that reveals a world rich in exciting new discoveries ready to be shared and enjoyed this Holiday Season. 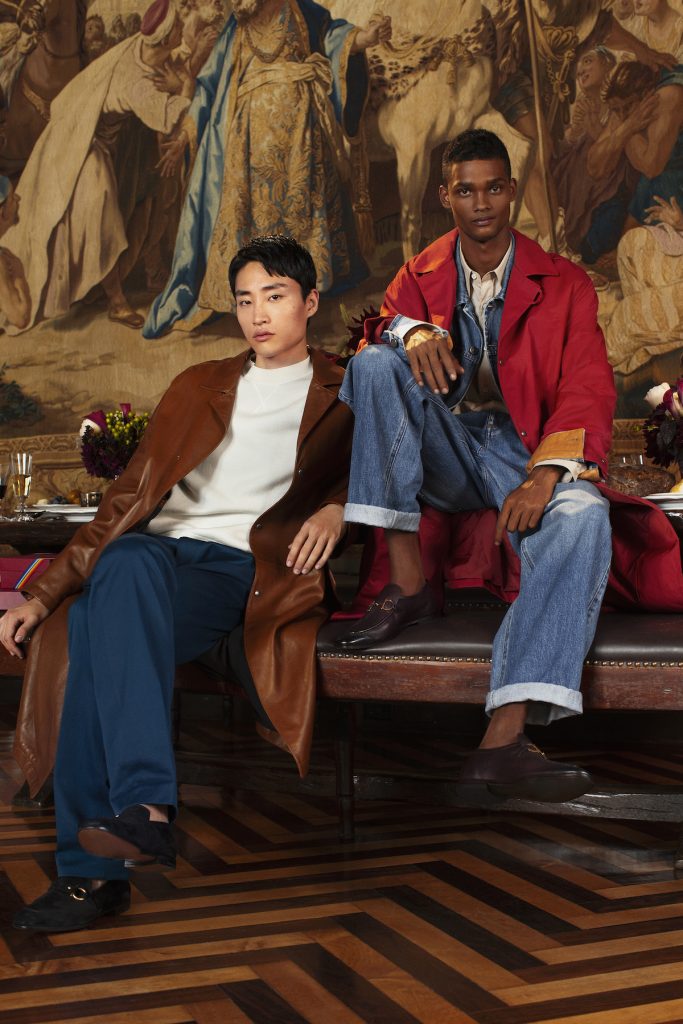 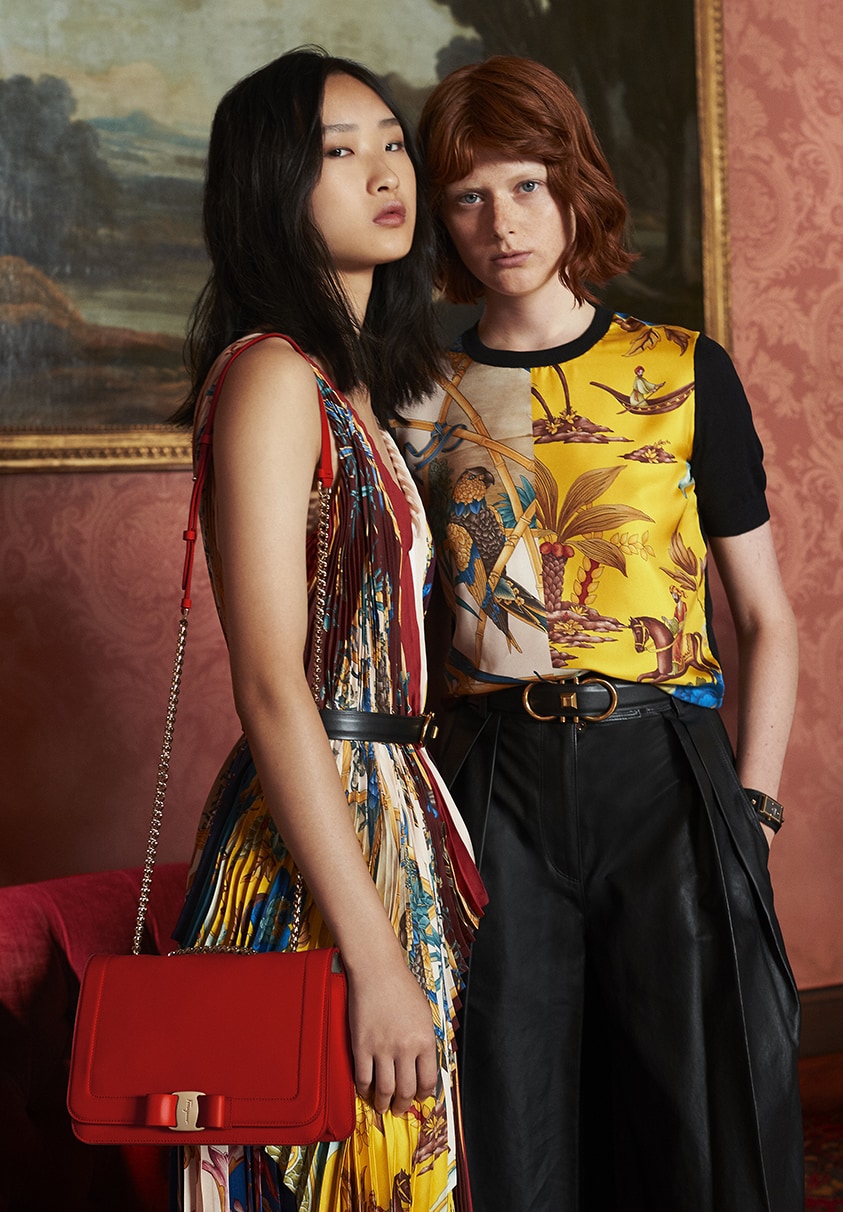 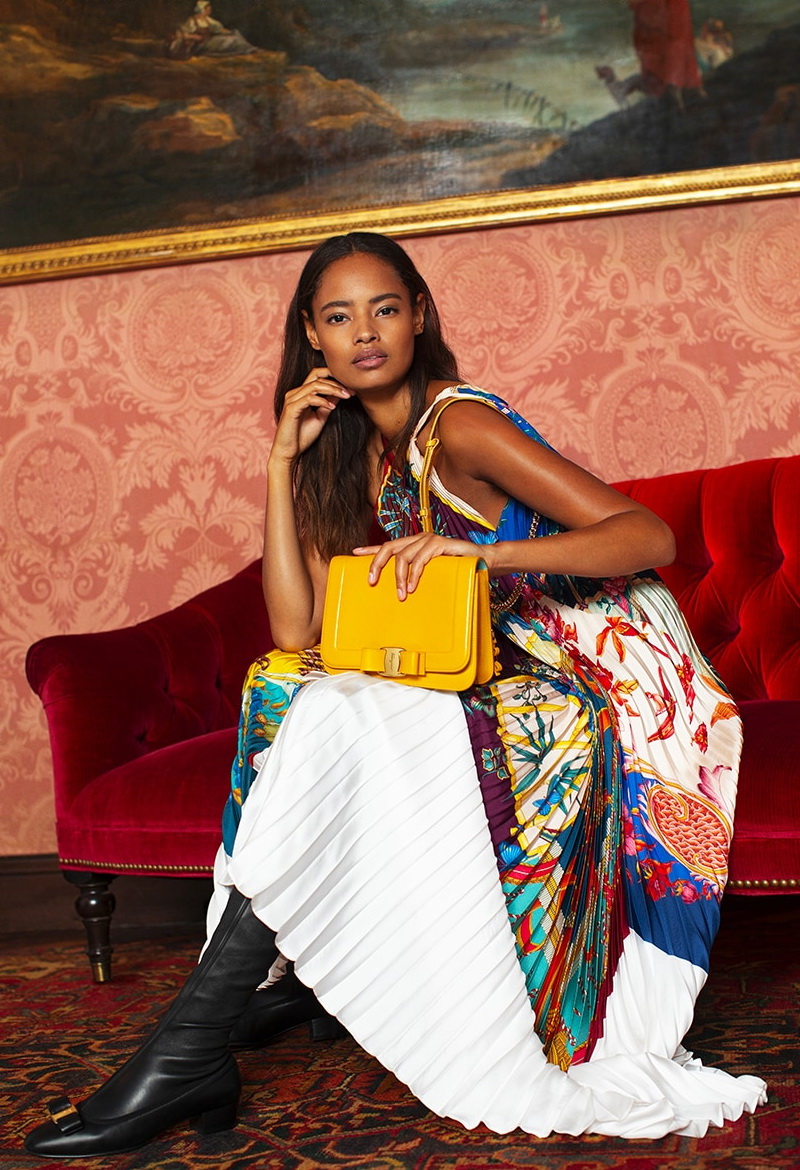