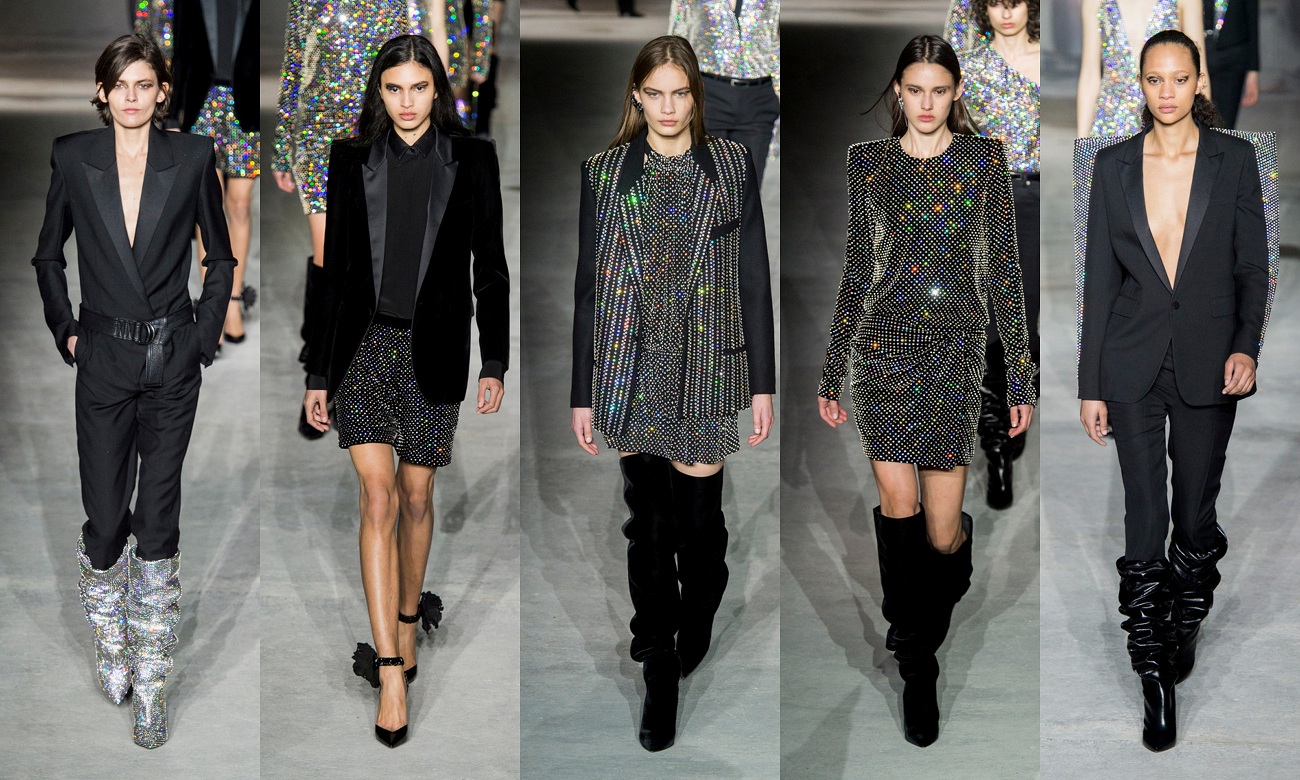 Anthony Vaccarello did it again by maintaining his focus on a seductive and tempting magnetism that celebrates female strength and beauty. His latest collection for Saint Laurent was shown in the new and still under construction Saint Laurent Headquarters on Rue de Bellechasse in the 7th arrondissement of Paris, a former abbey which was illuminated with YSL logo shining all over the place in a massively raw amphitheater with seating set in an arena lookalike row with the club soundtrack set beating. Vaccarello presented the heritage of the originator through chiffon mini and velvet dresses and at the same time he managed to create breathtaking contemporary and eighties inspired deep cut long dresses, crystal embellished mini dresses and tuxedo suits which are signature pieces of Maison. 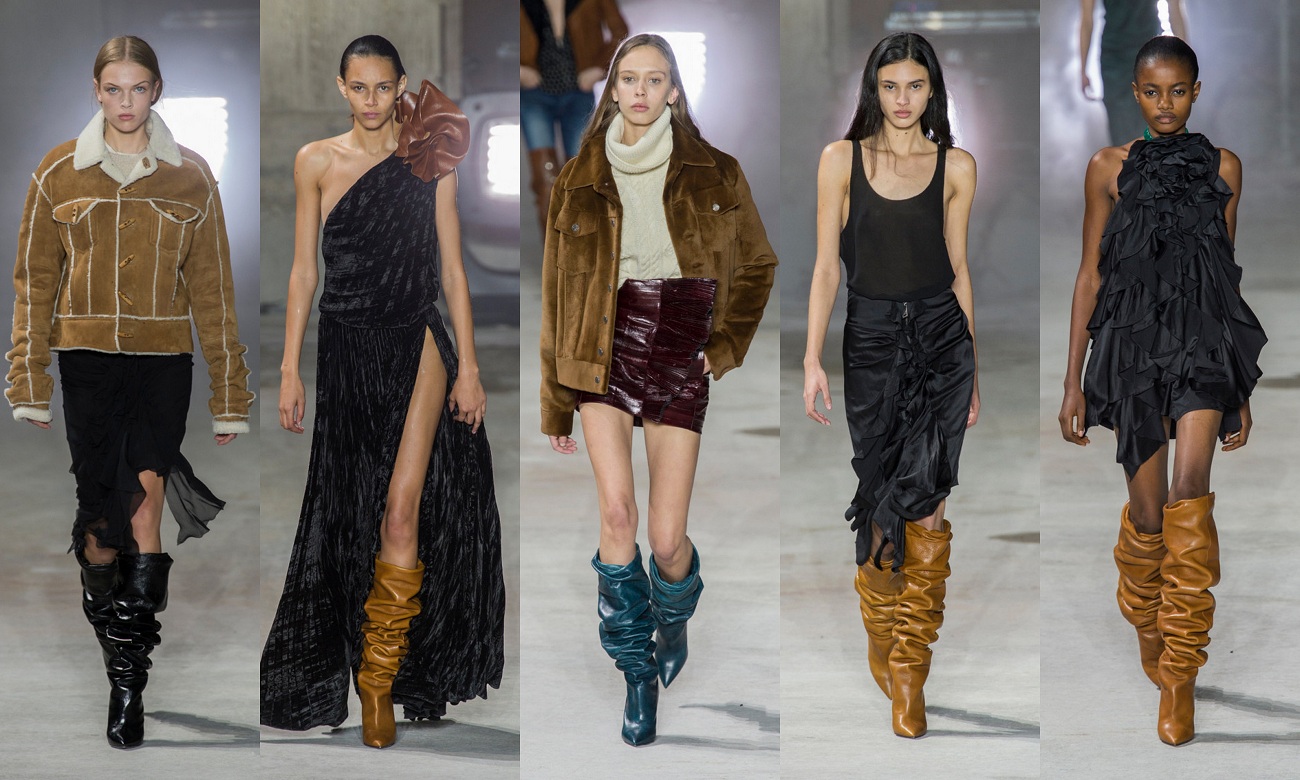 Saint Laurent collection was fundamentally sexy and provocative, with mainly short dresses paired with long leather boots. Fabrics looked like being glued to the body, very bright and transparent, reminding a bit of the ‘70s disco era. Increased shoulder pads and displayed shoulders inspired by the ‘80s demonstrated the power and strength of women. And all that was melted and matched perfectly into the collection that was a bit futuristic, strongly flirting with heritage, subliming best of both worlds, the past and the future one while strongly living in present time. 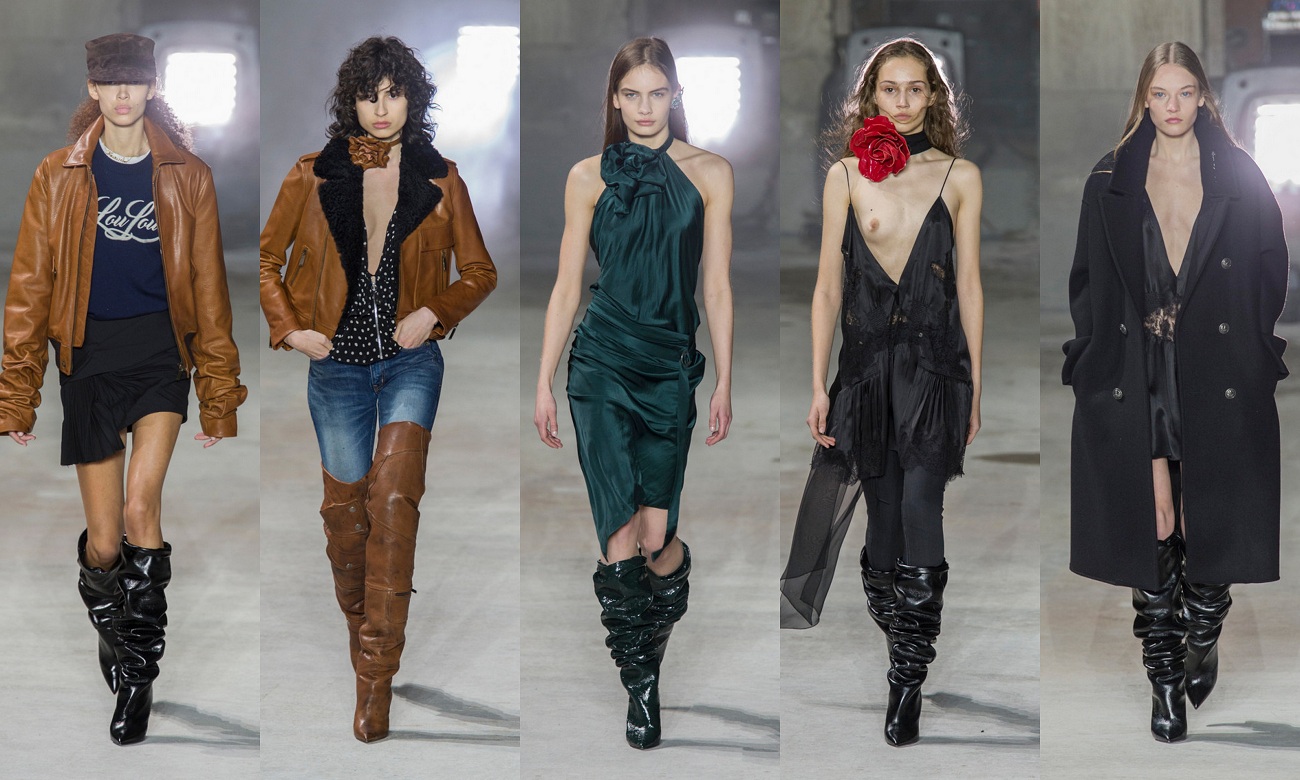 Many brown shades, leather fabrics altered to practical, urban almost combat city skirts, winter-approved jackets, and well-known skinny jeans were telling us that less might be more but with just knowing how to balance the right sum of attitude, knowledge and strength. We saw a lot of velvet and leather, vinyl and jeans. Dominant colors were black, deep symbolic blue and silver but with sparkles, with few pieces in diverse tones like: wine and camel. 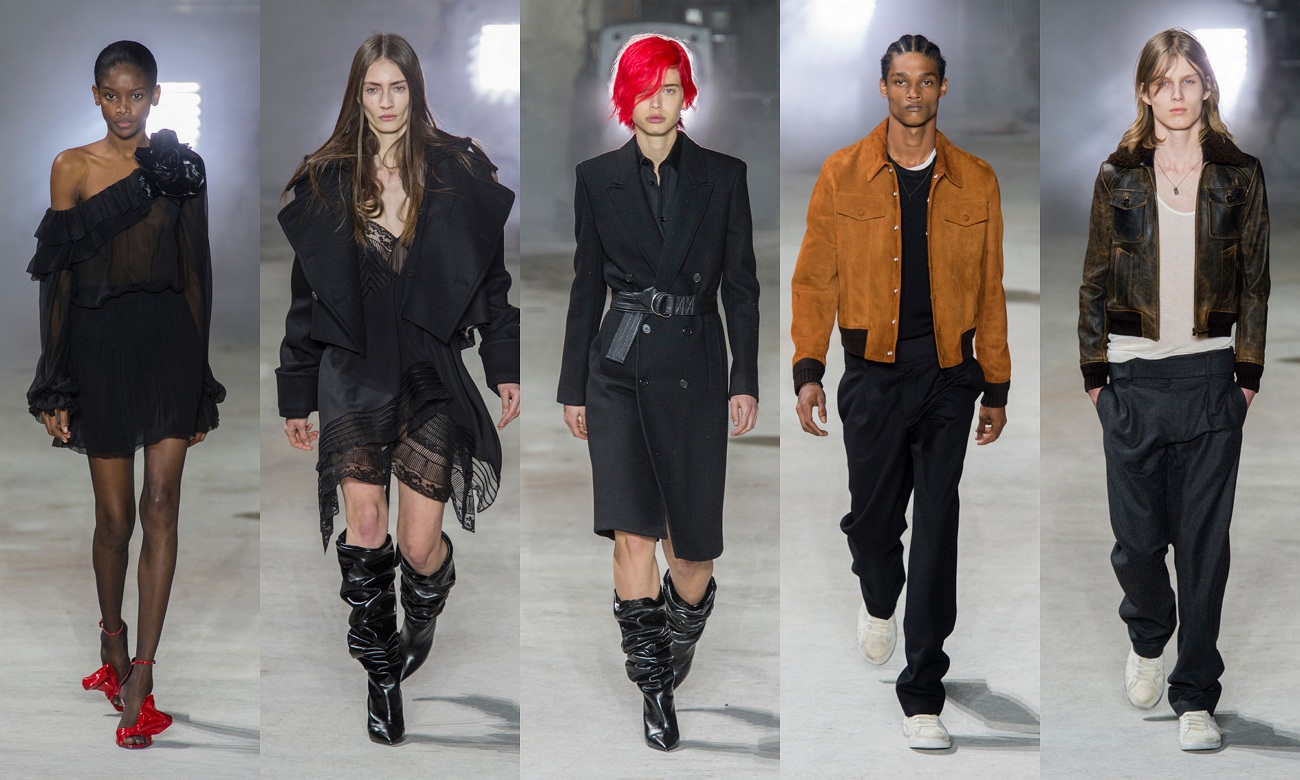 This Saint Laurent collection presented an unbelievable choice of leather pointed-toe, cone-heeled boots, that were intermittent only by few less shiny, suede boots and sleek sandals, which will become new must haves on every girl’s list. Not to mention the waiting list for those shiny silver boots as a part of very wisely designed tactic, based on flirting with future street style combinations. 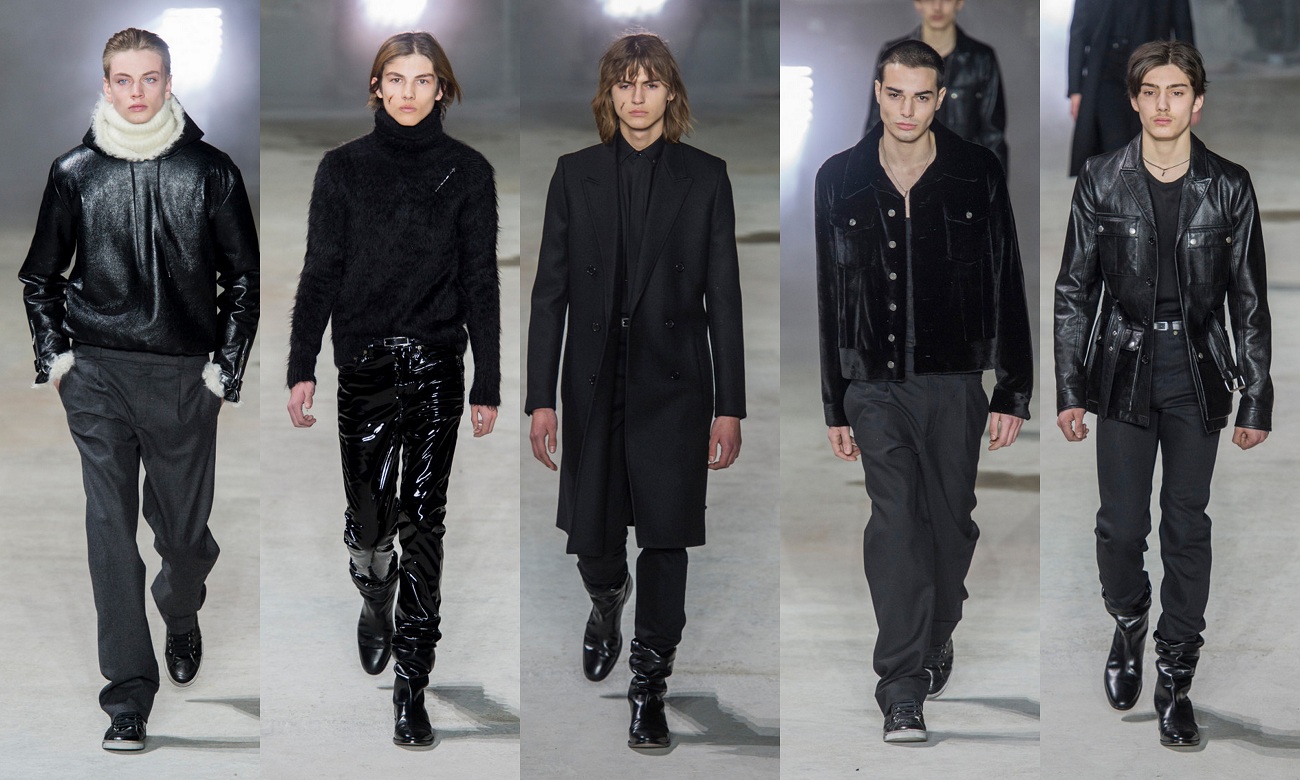 The high respect of the house’s roots wasn’t just apparent through the pieces, nevertheless. Yves Saint Laurent, founded the fashion house in 1961, and was one of the first designers who used black models on the runway. Vaccarello’s cast was significantly more diverse than Slimane’s used to be as he casted models such as Mica Argañaraz, Hiandra Martinez, Mileshka Cortes, Elibeidy Martinez and Binx Walton. For the first time, menswear was shown alongside women’s. 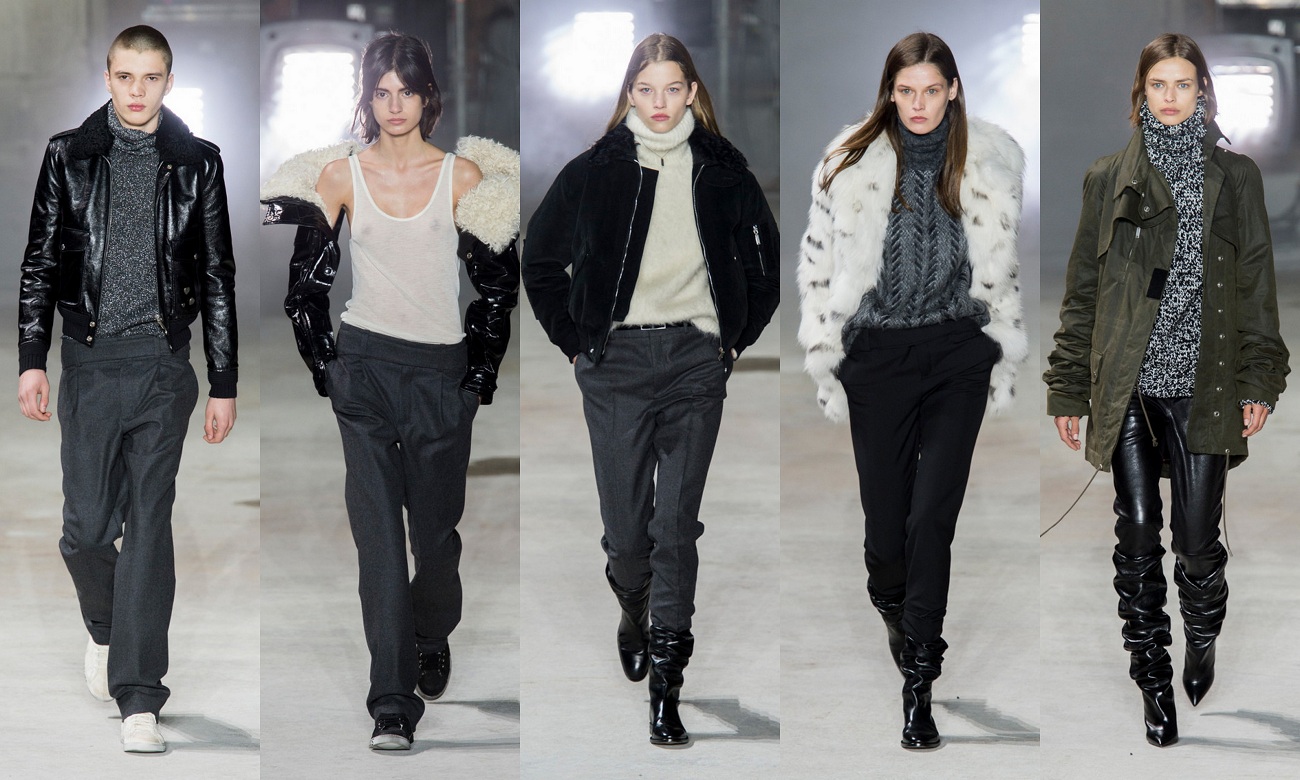 Creative director Anthony Vaccarello explained “I love Monsieur Saint Laurent’s subversive approach to clothes, his dark romanticism with a hint of perversity. I wanted this collection to be like a re-reading, a radical fantasy of this heritage.” At this celebration of the Maison YSL history, present were the house’s legends, like Monsieur Pierre Bergé, Charlotte Gainsbourg, Anja Rubik, Eva Herzigova and Amber Valletta. 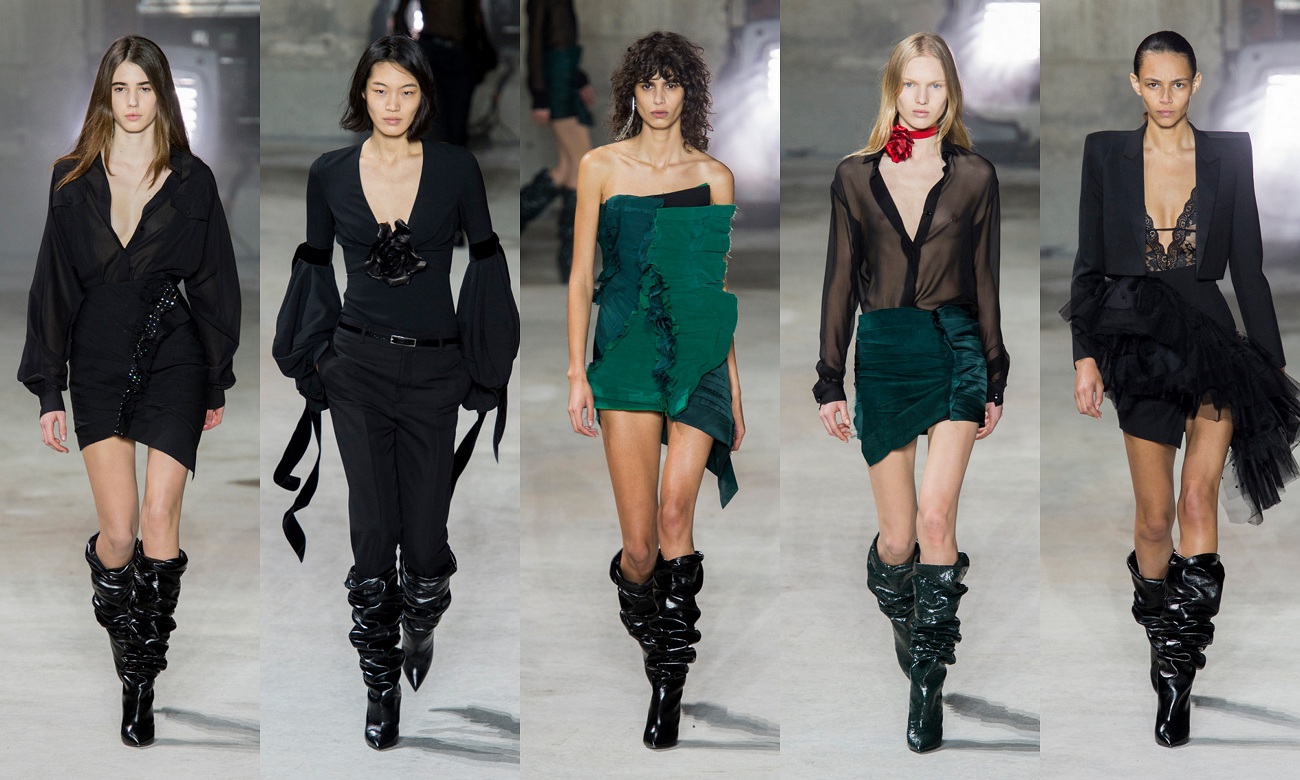 “I always relate YSL to parties, to evening,” Vaccarello said. “I couldn’t do a show without those golden years, but I wanted to take that further.” So he illustrated it all with the typical ending lap of honor for the models. Surprise part was that they were not dressed in what they just worn, but in varieties of well sculpted curved after-dark looks.

Sexy back is really back is Saint Laurent’s new message, so are you ready for it? 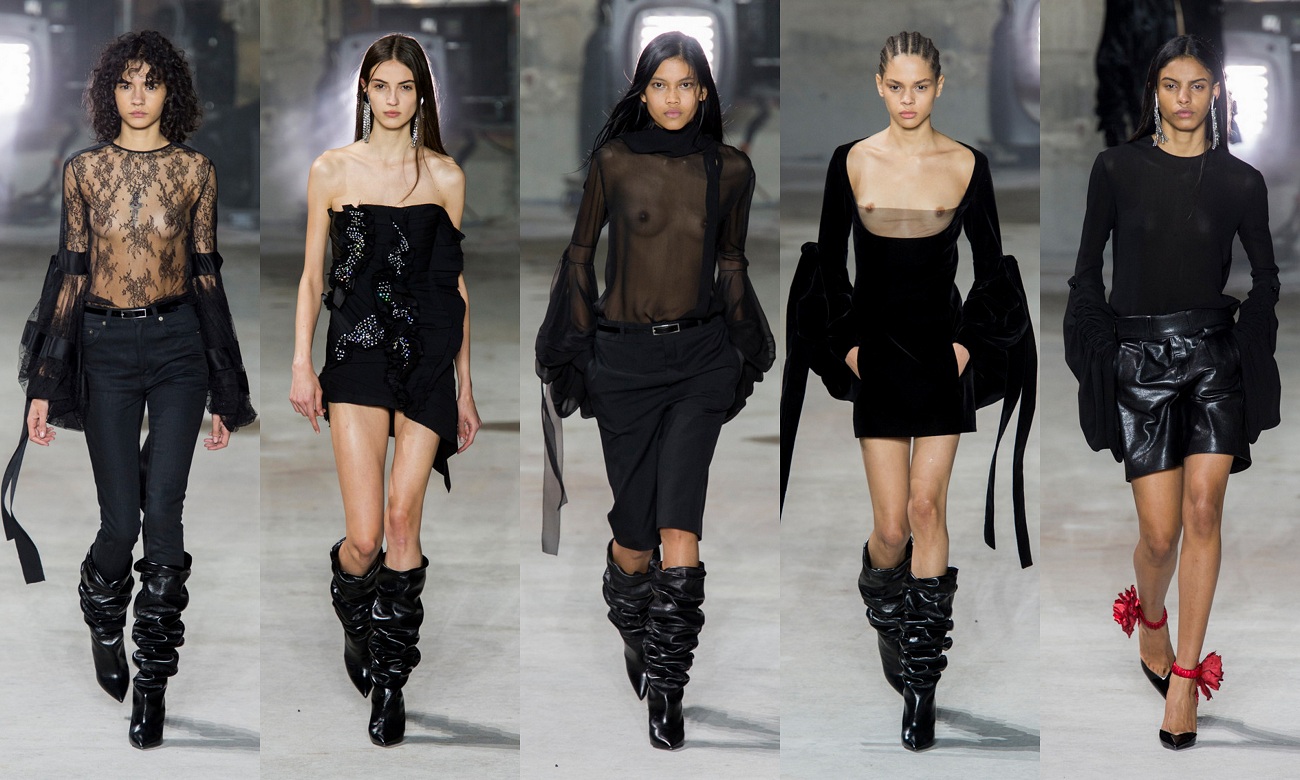 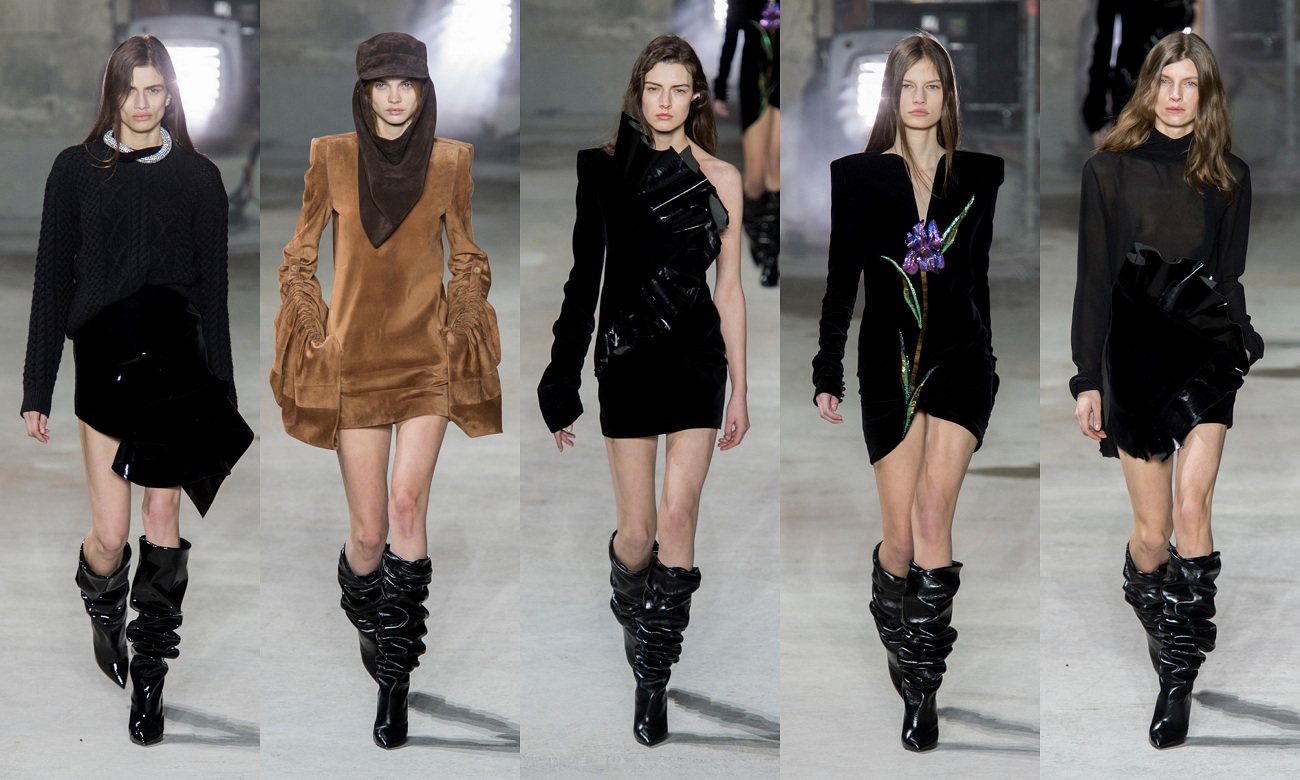 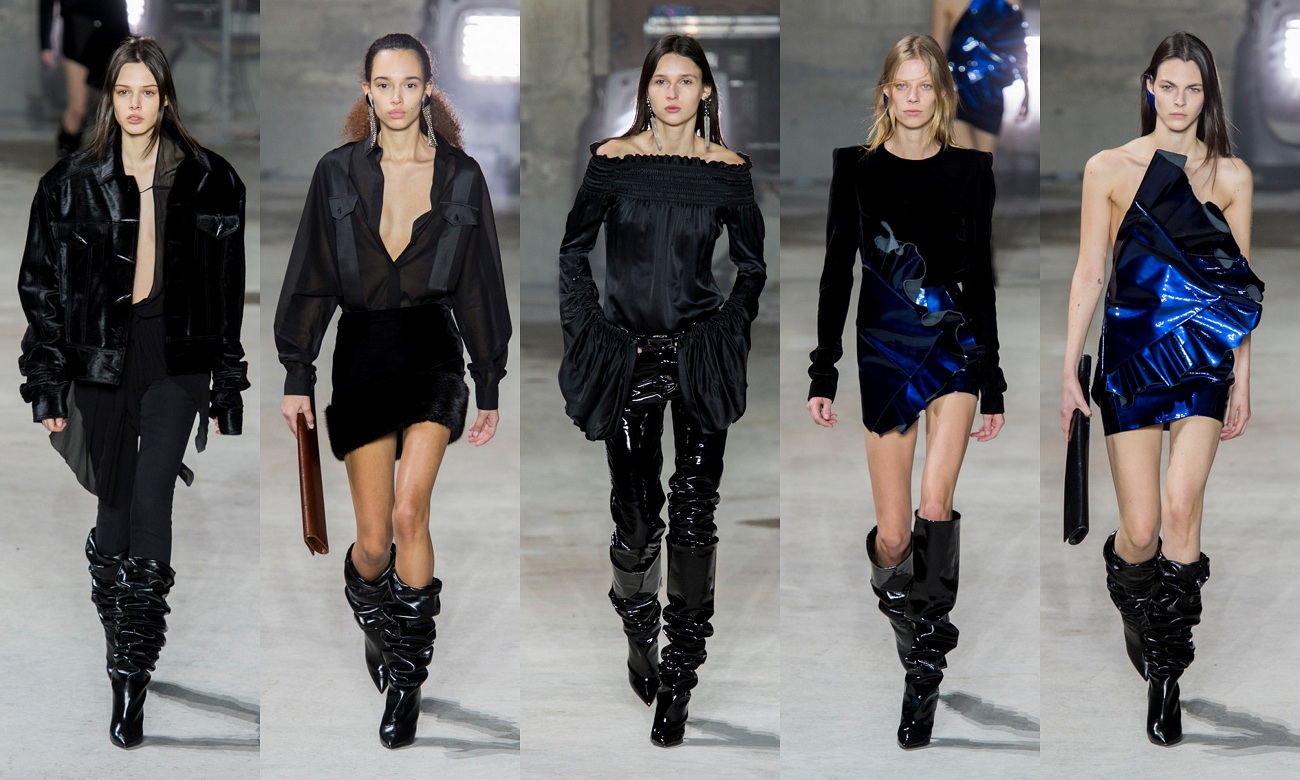 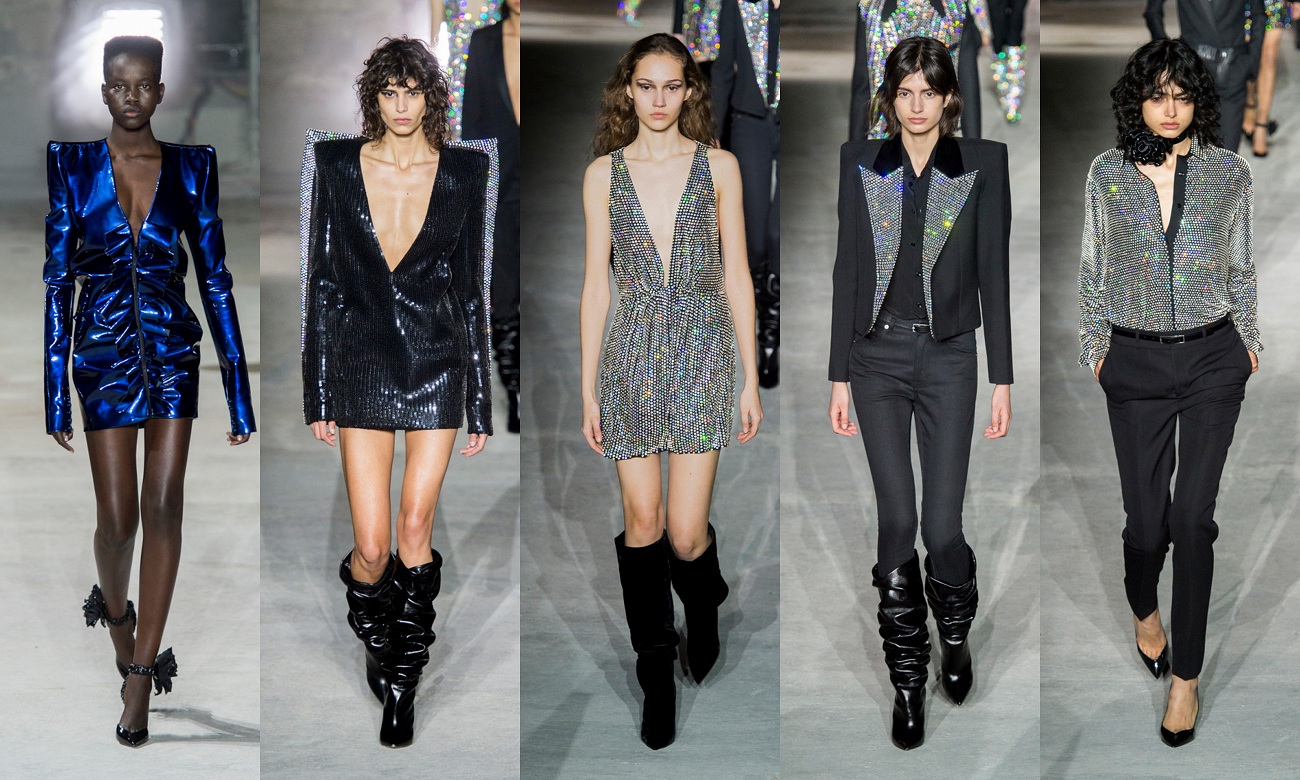 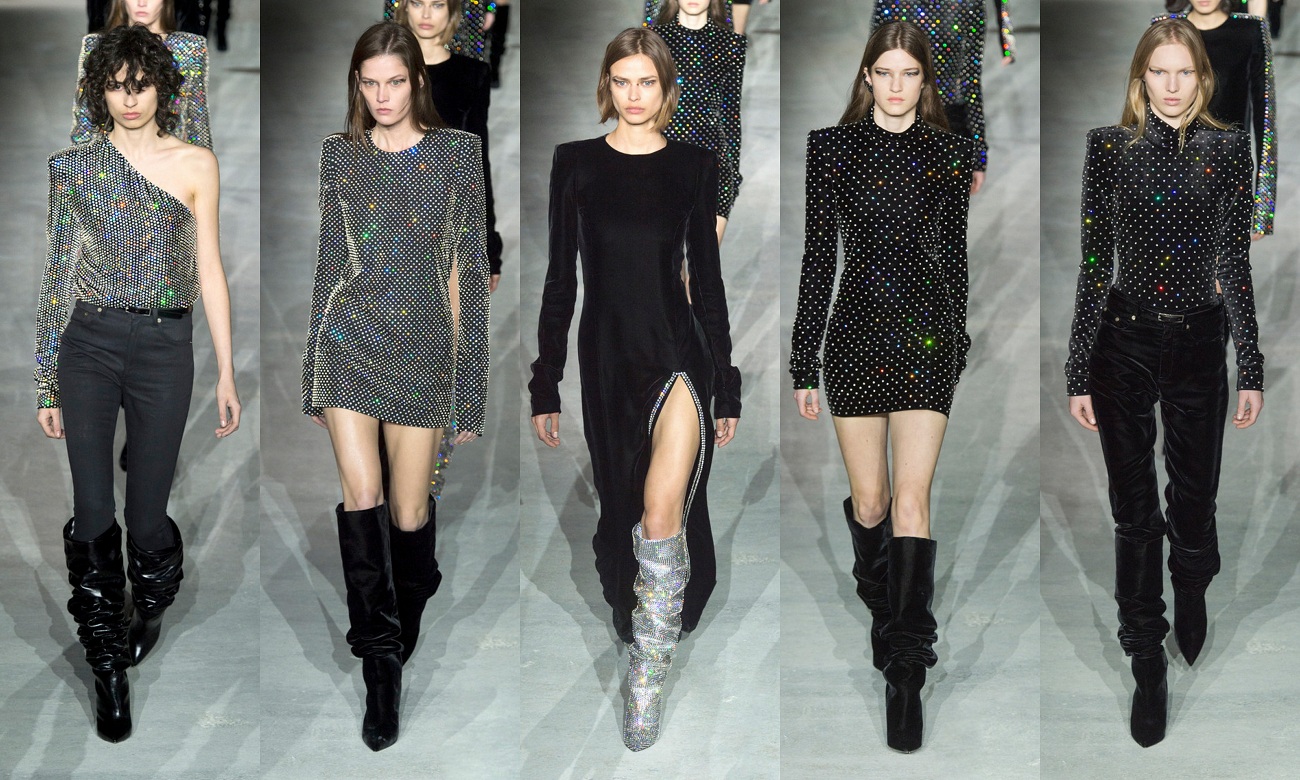 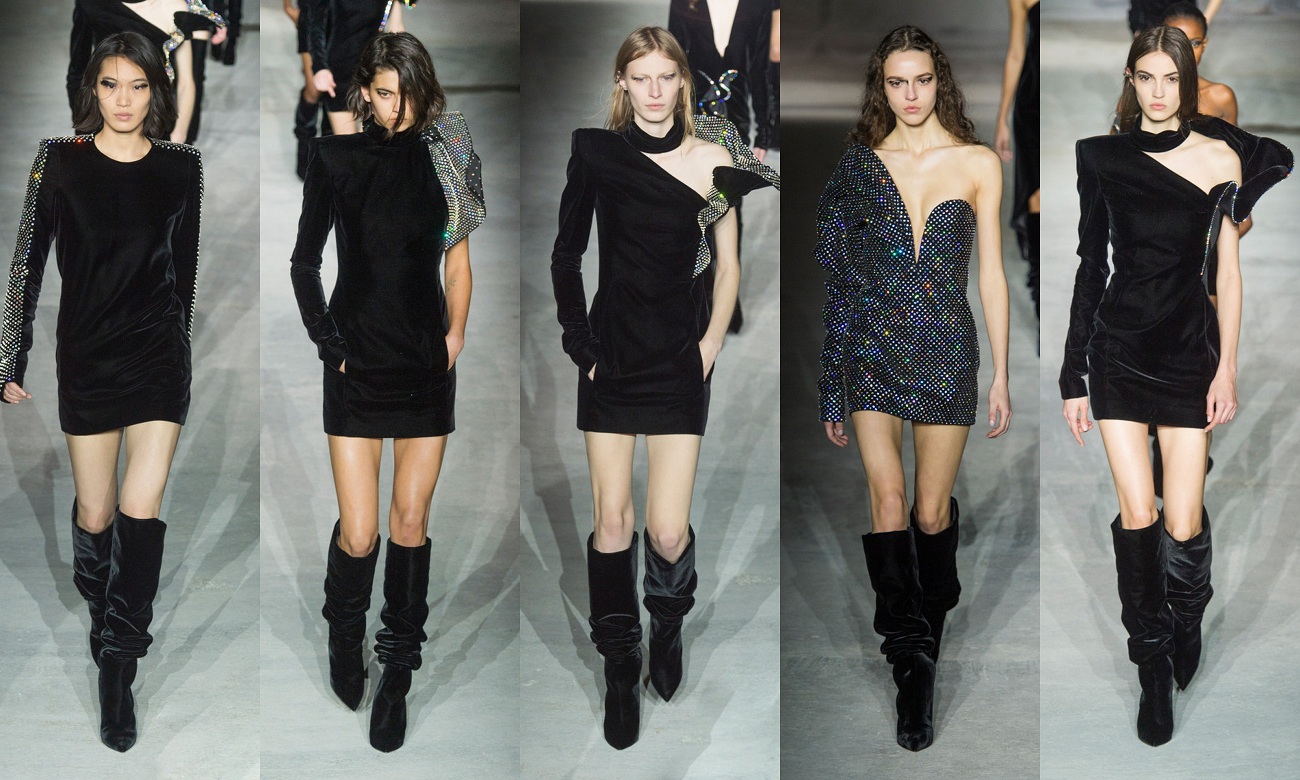 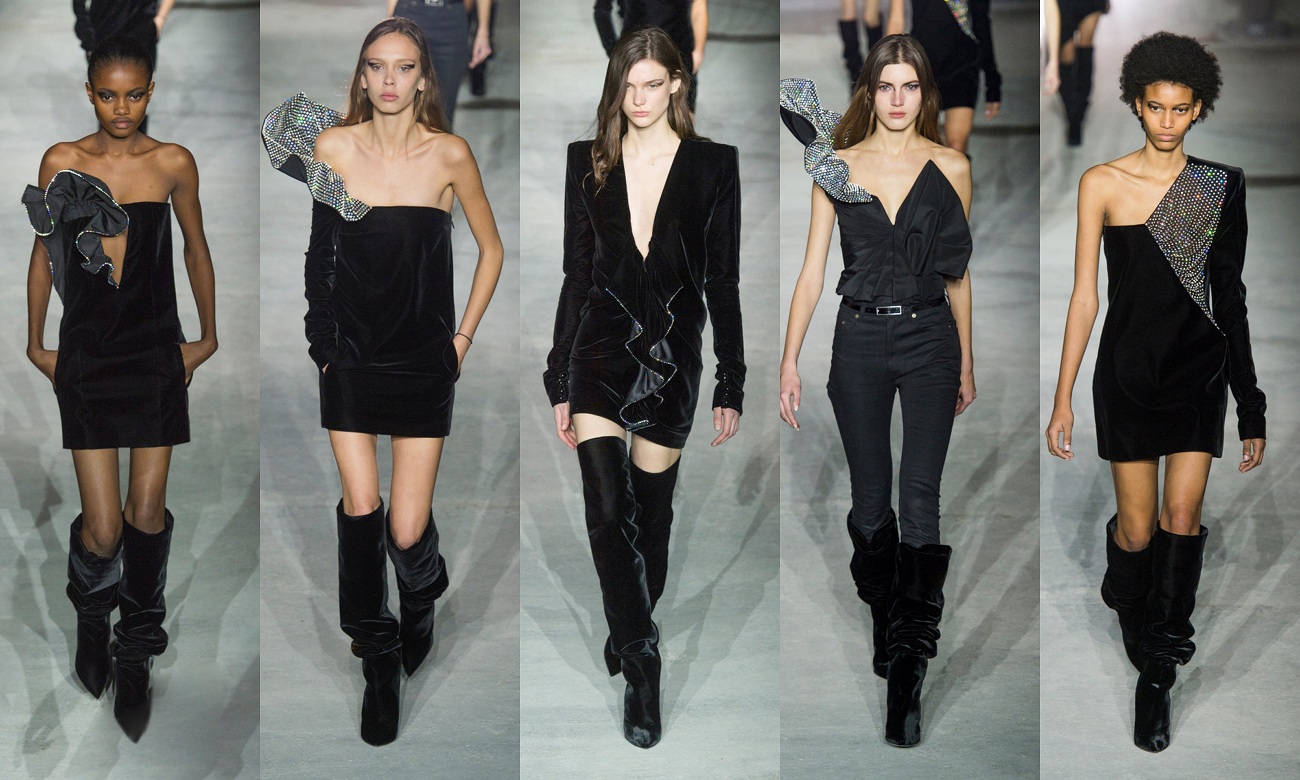 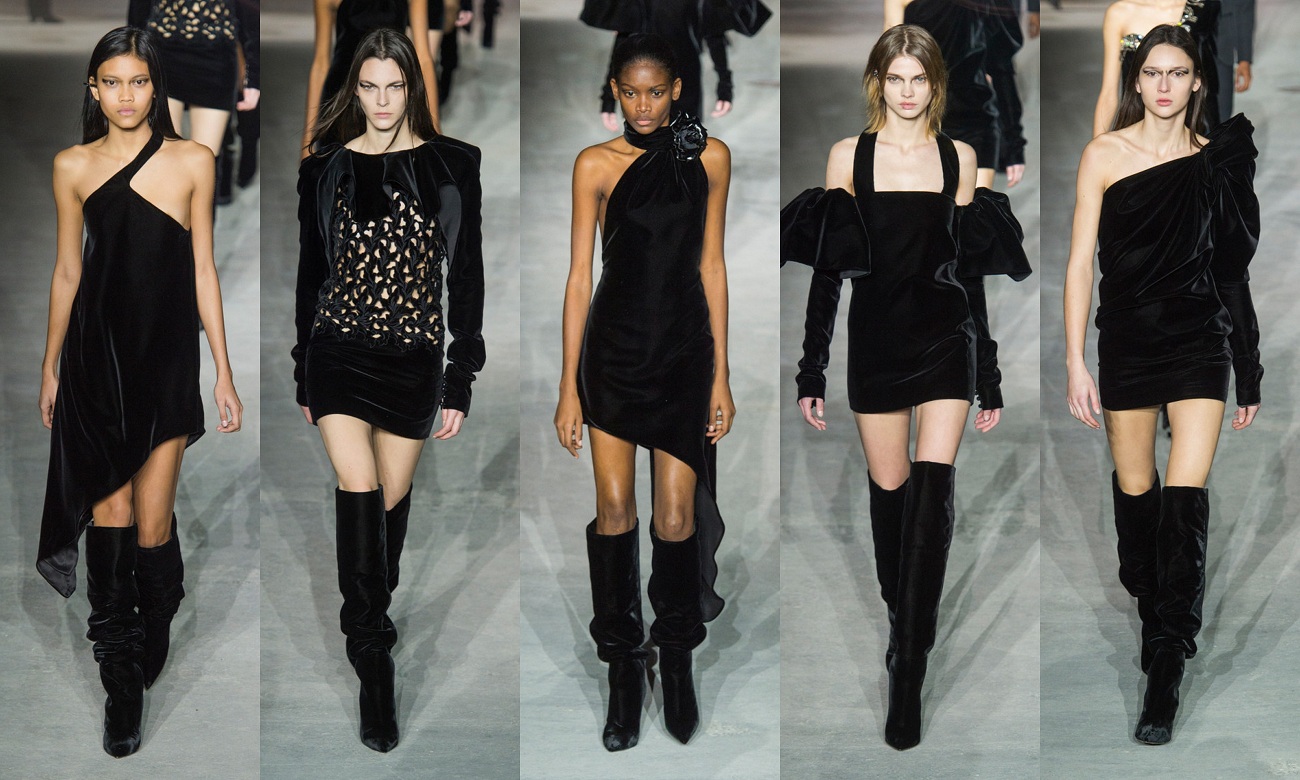 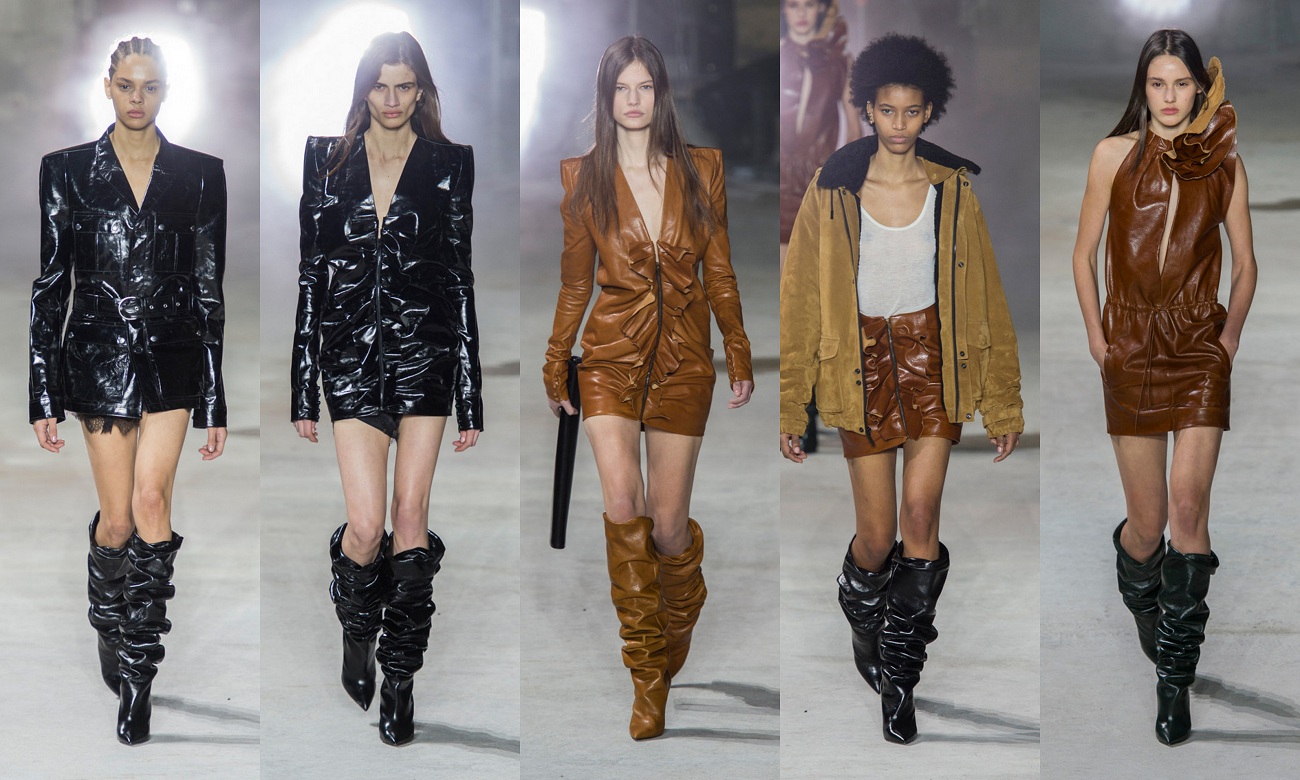 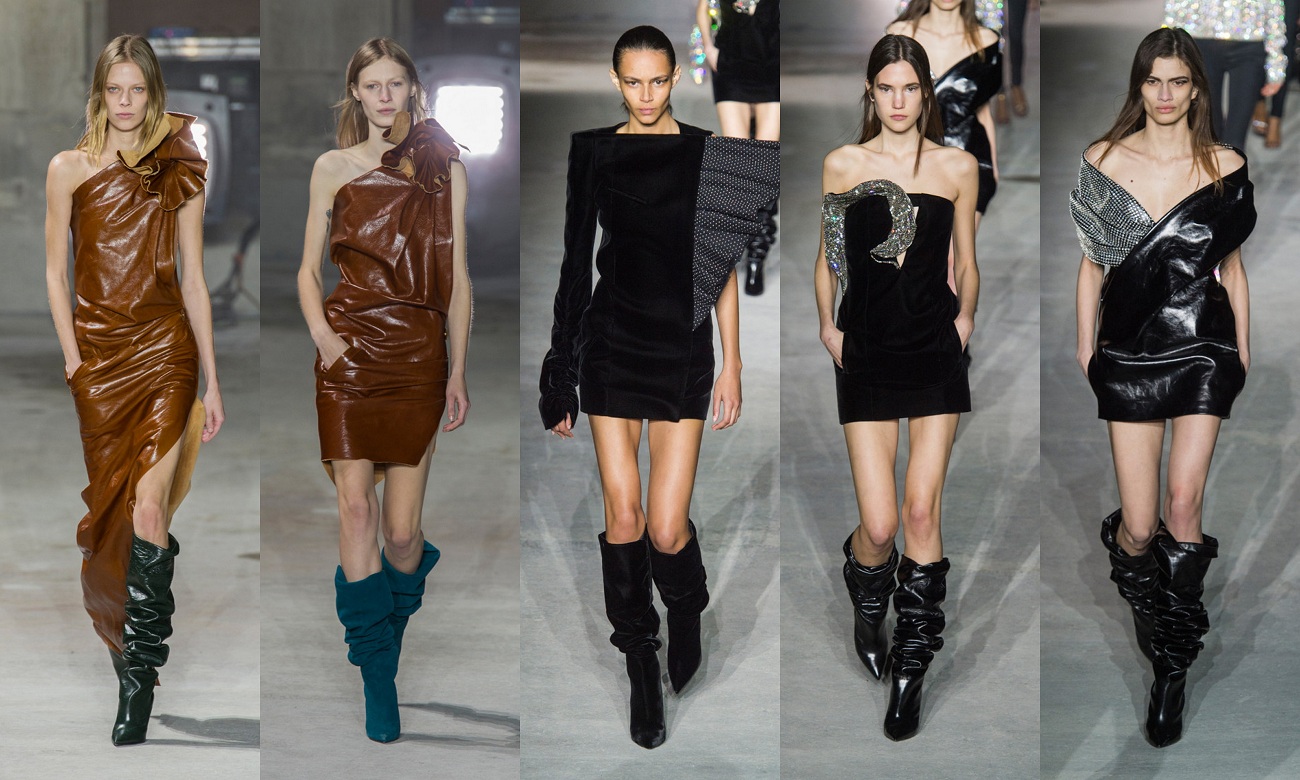 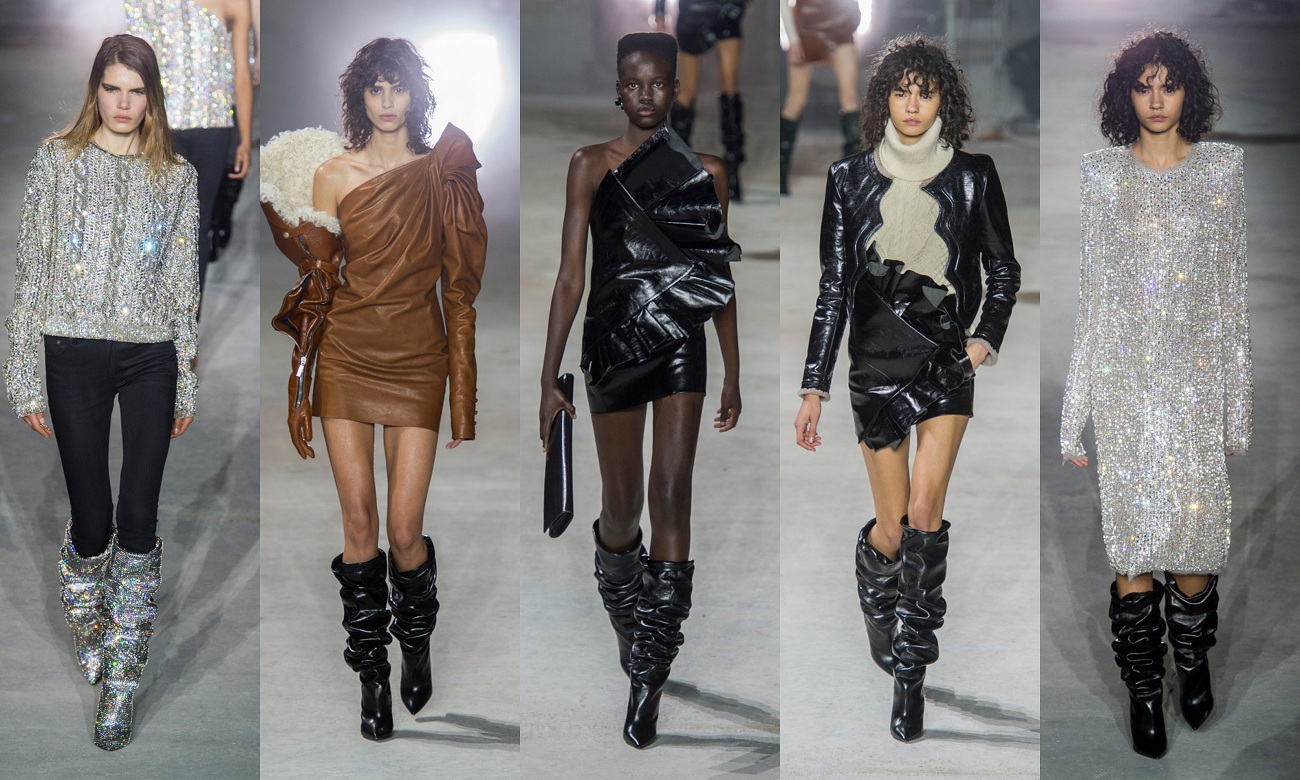 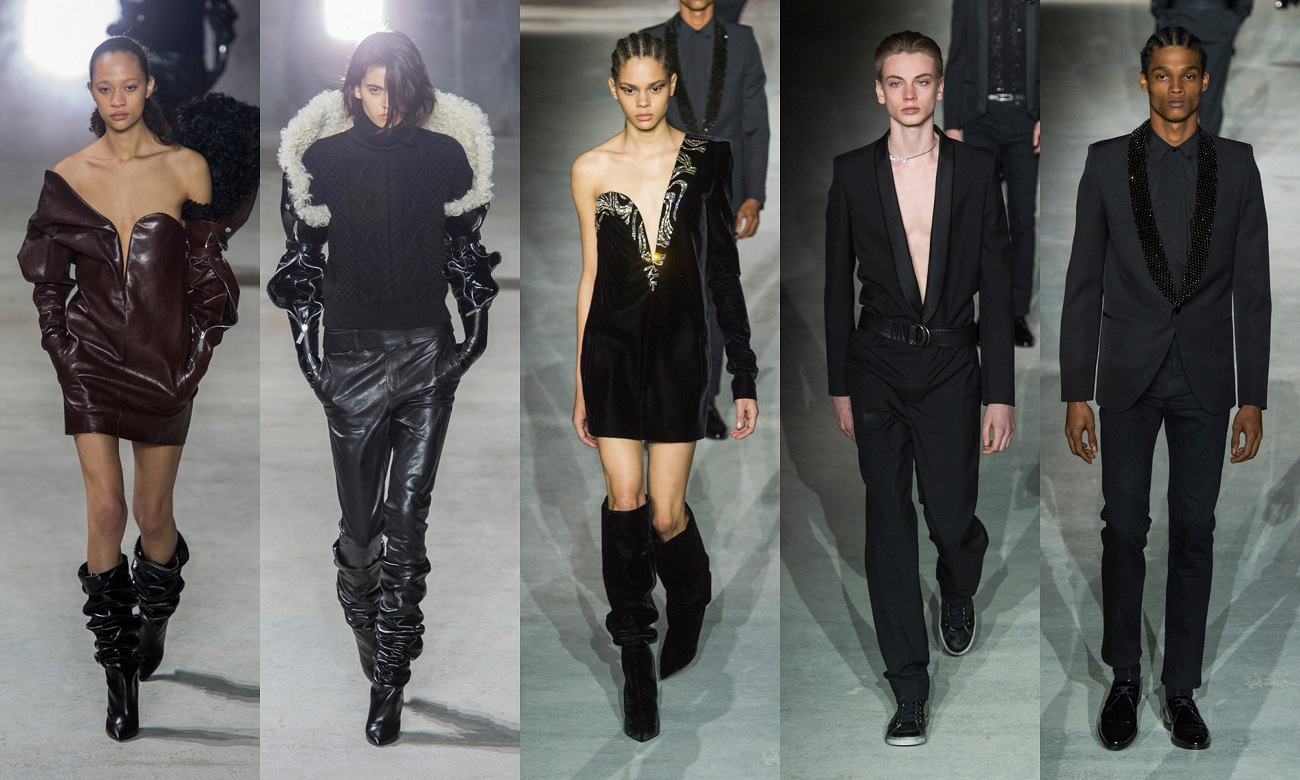 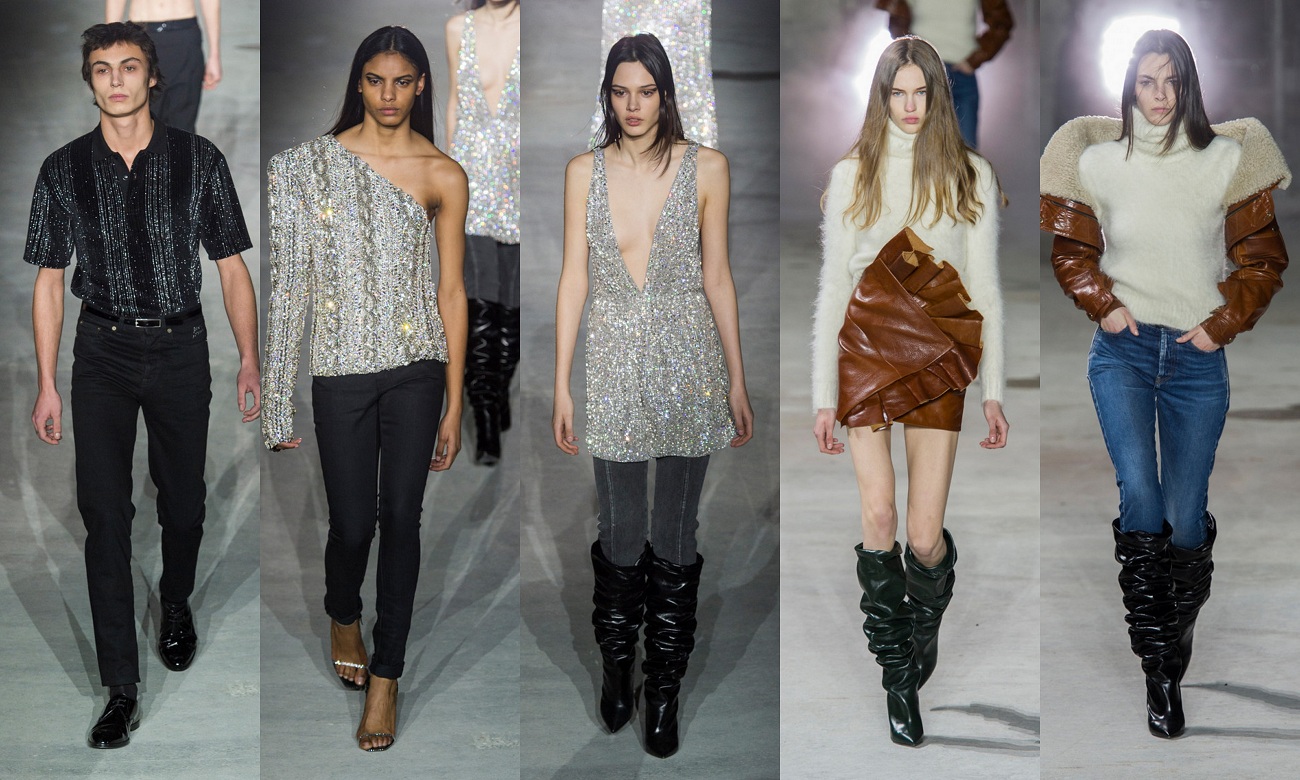 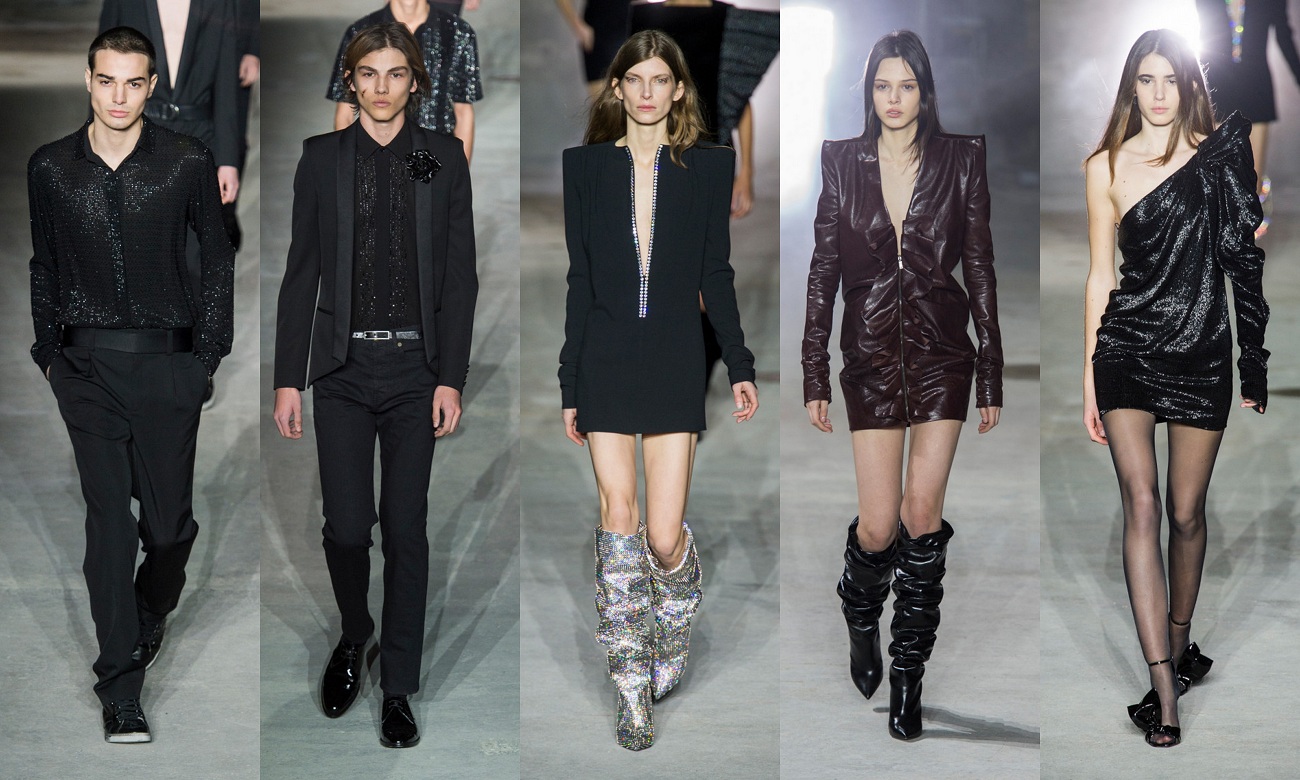 Saint Laurent is back on the Paris Fashion Week calendar after two years of absence! In an industrial setting at the foot of the Eiffel Tower, silhouettes emerge from the shadows to the sound of footsteps to showcase Anthony...