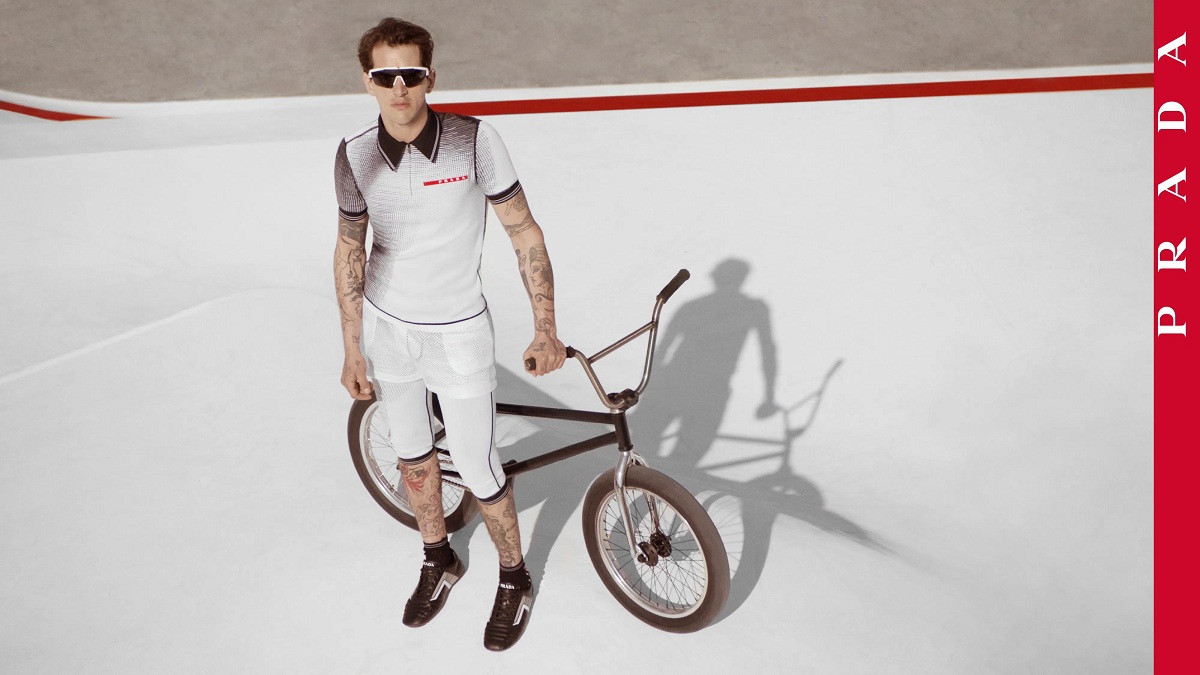 The body has always fundamentally inspired Prada Linea Rossa: metropolitan clothing engineered to enhance its form and best enable its function, to free the wearer through a fusion of innovative technicality and modern luxury. 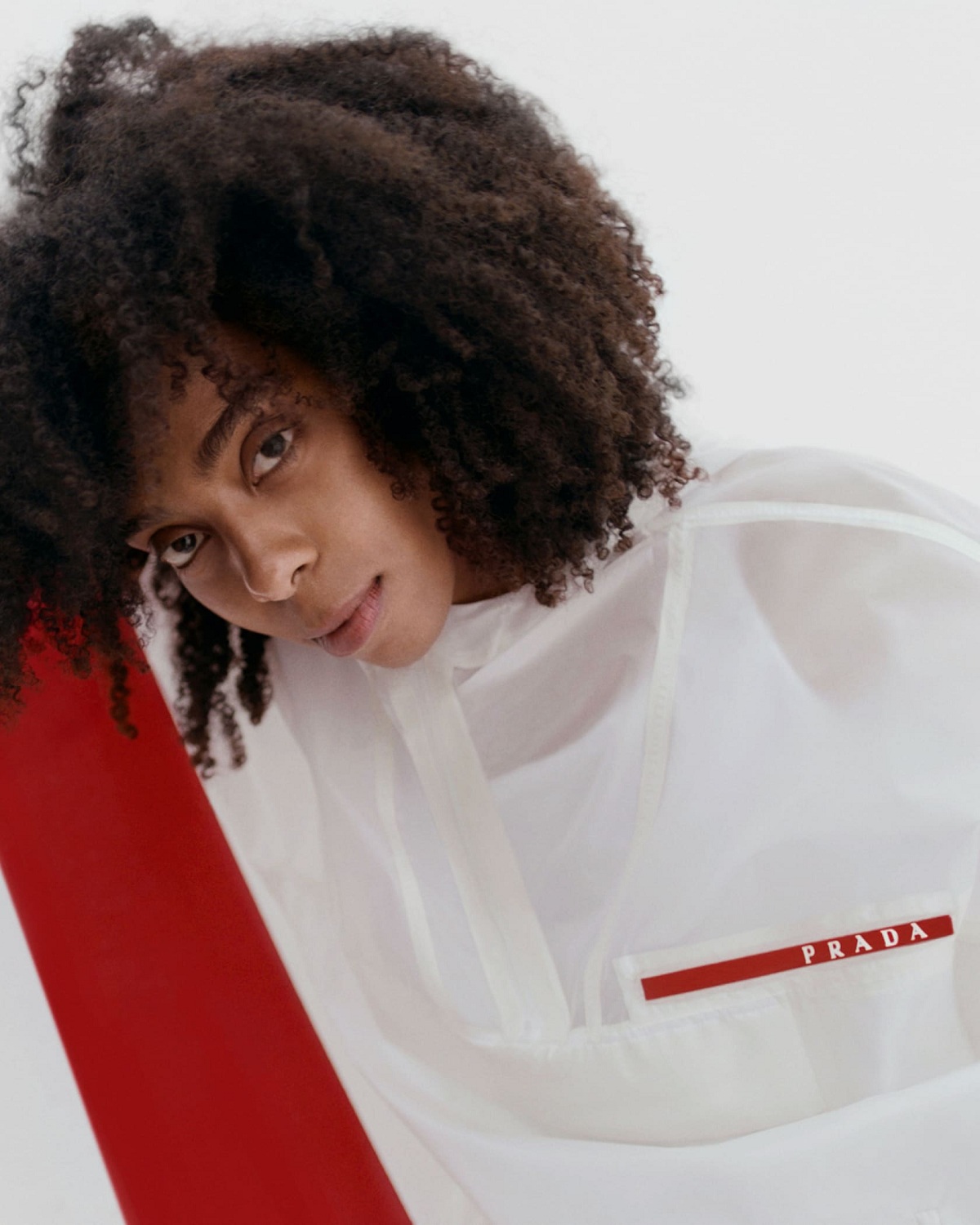 For Spring/Summer 2021, the Prada Linea Rossa campaign reinvents the brand’s iconic ‘red line’ as the demarcations of spaces designated for sport, universal markers recognized in communities around the world. Skate parks across the diverse terrains of Los Angeles, USA and Shanghai, China are united through these delineations – marking out new territories and spaces for activity, for unity within communities. 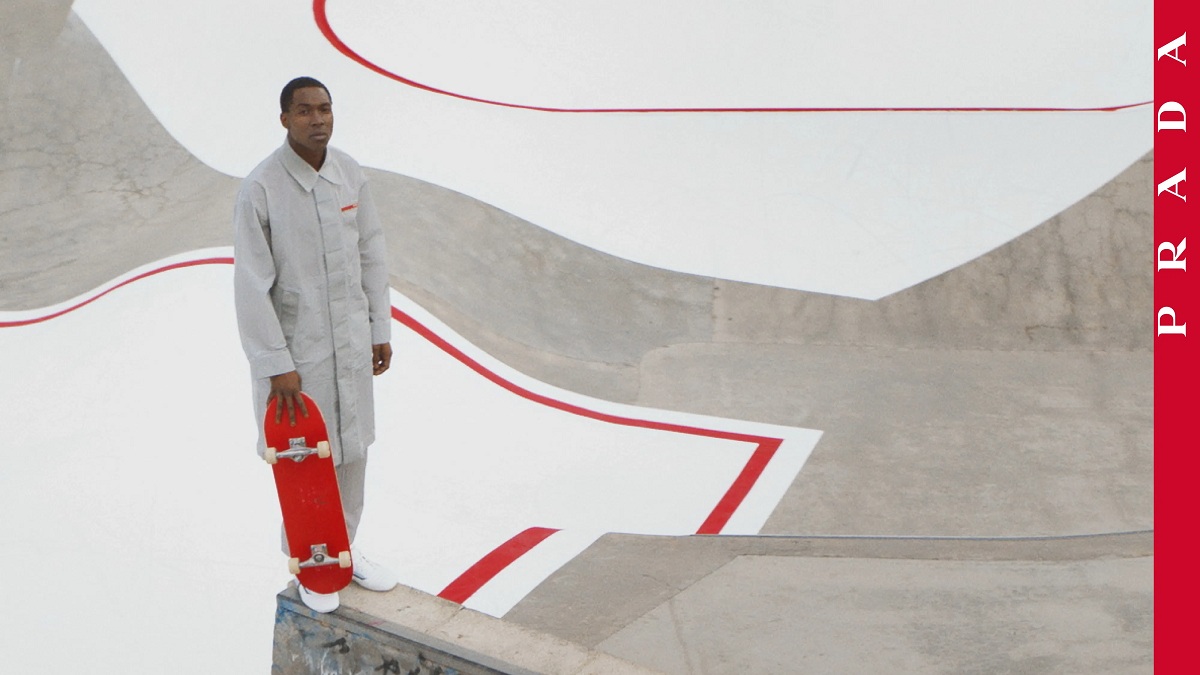 The unique talents chosen to front the campaign epitomize excellence – each with a tie, directly, to the sport of skating or BMX riding, and to the urban topographies that feature in the Linea Rossa campaign. Cai Xu Kun is a world-famous Chinese singer-songwriter and record producer, whose multiple skills also include the sport of rollerblading. Briana King is a skateboarder, model, and community organizer from East Los Angeles. Splitting most of her time between Los Angeles and New York, much of her personal work is aimed at bridging the gaps in her communities and inspiring confidence in youth and young women. She is well-known for organizing and touring girl and queer skateboarding meet-ups around the world. Rachelle Vinberg is an actor and skateboarder who has been passionate about the sport since she was 12 years old: it led to her role in the 2018 film Skate Kitchen and a subsequent HBO TV series Betty, both based on her real-life experiences as part of a female skate crew. Austin Augie is a photographer and award-winning professional BMX rider, with over half a million subscribers on YouTube. Le’Andre Sanders, a talented local Los Angelean skateboarder, plays a cameo role. 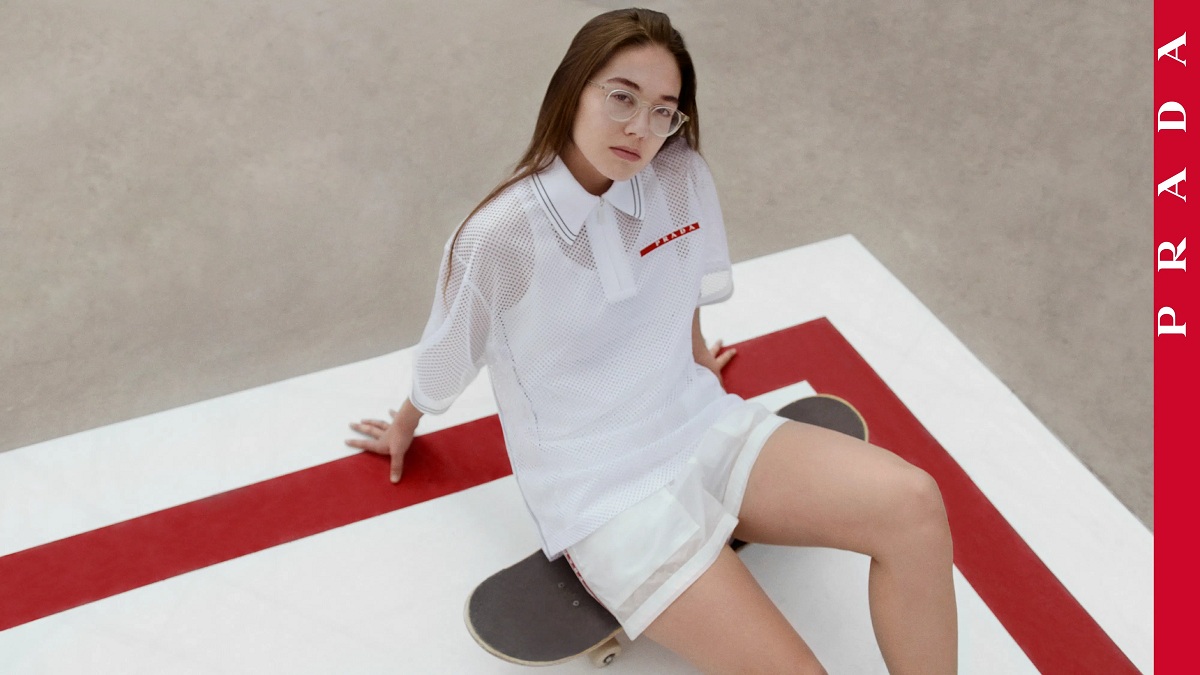 Each of these figures feature, in the campaign, within the instantly-recognizable spaces of these sports courts, reconfigured and reimagined through the Prada Linea Rossa ‘red line’. They are filmed and photographed in action by the Los Angeles-based visual artist Martine Syms, capturing their kinetic energy and athleticism wearing the Prada Linea Rossa Spring/Summer 2021 collection. 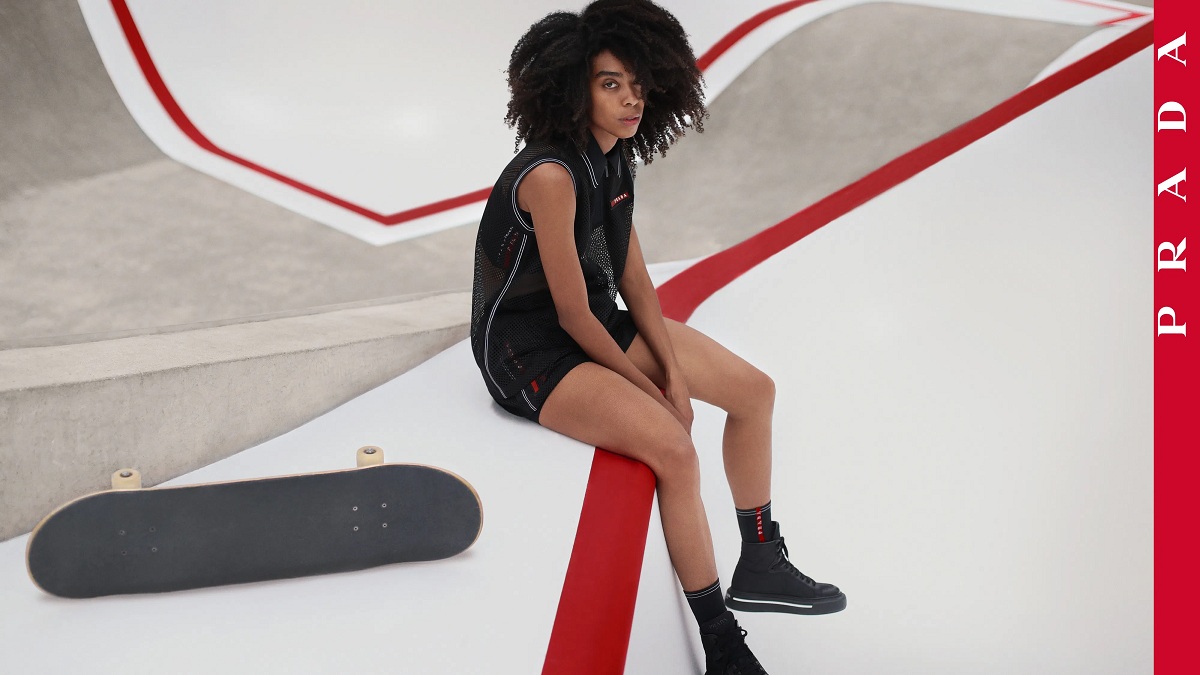 The collection is lightweight and streamlined, engineered to a dynamism representative of the contemporary world. Silhouettes alternate between body-hugging and free-flowing, all emphasizing locomotion – the energy of movement. 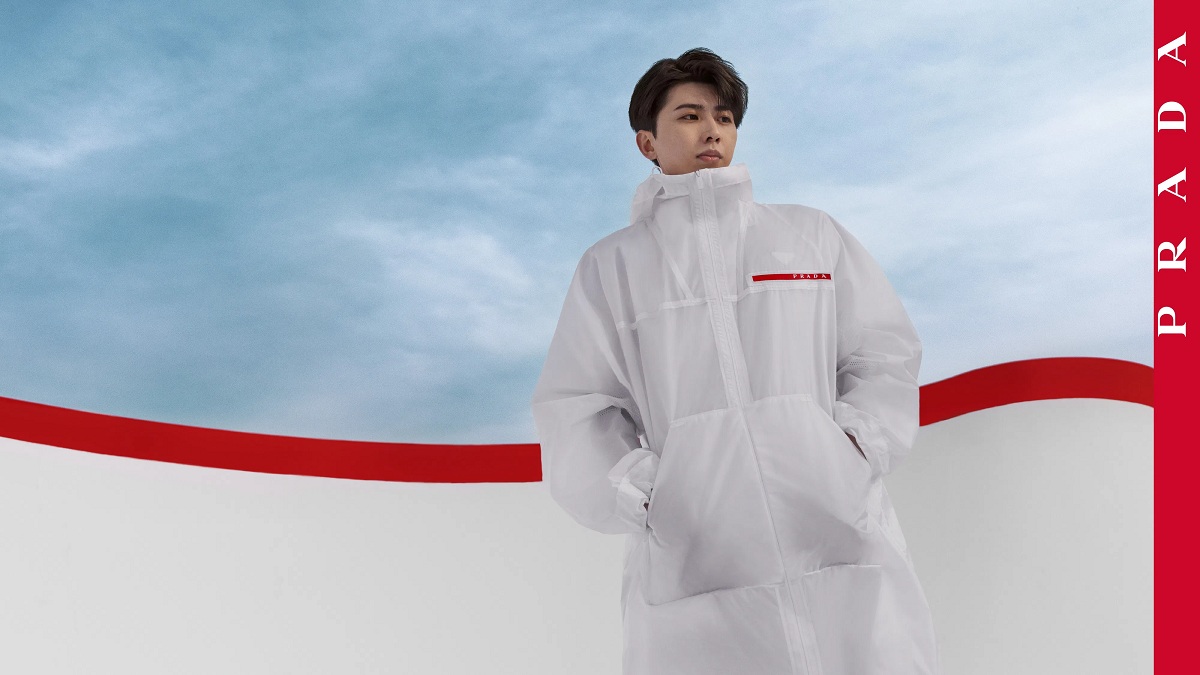 Both men’s and womenswear share traits: a sharply-focussed palette of white, black and grey with the iconic Linea Rossa. As always, technical fabric innovation is fundamental. Polyester knit fabrics delineates the body, a basis for fluid layers of tecno-knit and nylon – thin, lightweight and waterproof ripstop, whose semi-translucence allows glimpses of the form in motion.