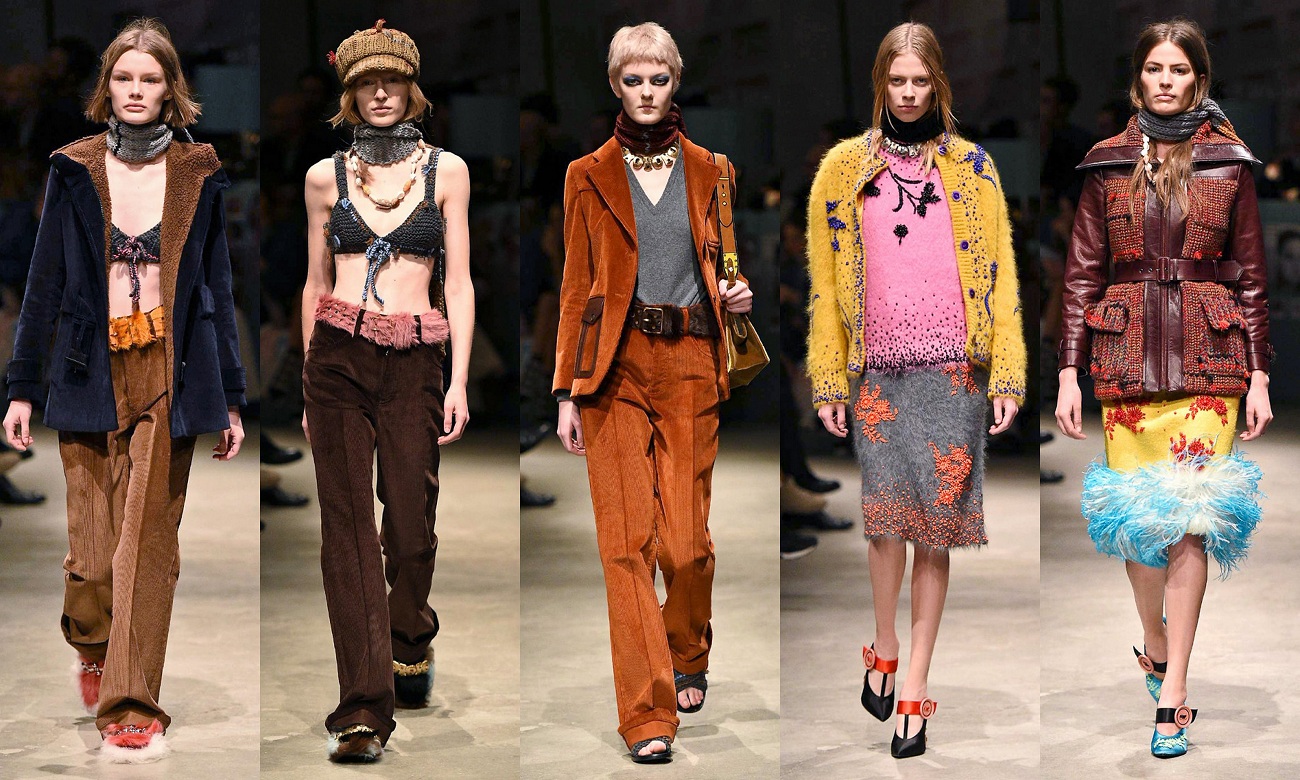 Miuccia Prada followed basic and simple postulate in her new collection where she returned to the roots and complete heritage of Prada following the inner strength in its own genesis. “I felt the need to leave behind the concept of flaunted luxury to focus on unpretentious, yet unique, simple and real clothes”, Miuccia declared a few minutes before the show that was held in an almost unadorned room decorated with ceramic tiles and Formica. Prada showed that being ordinary has nothing to do with simplicity itself and more over with being rebellious. 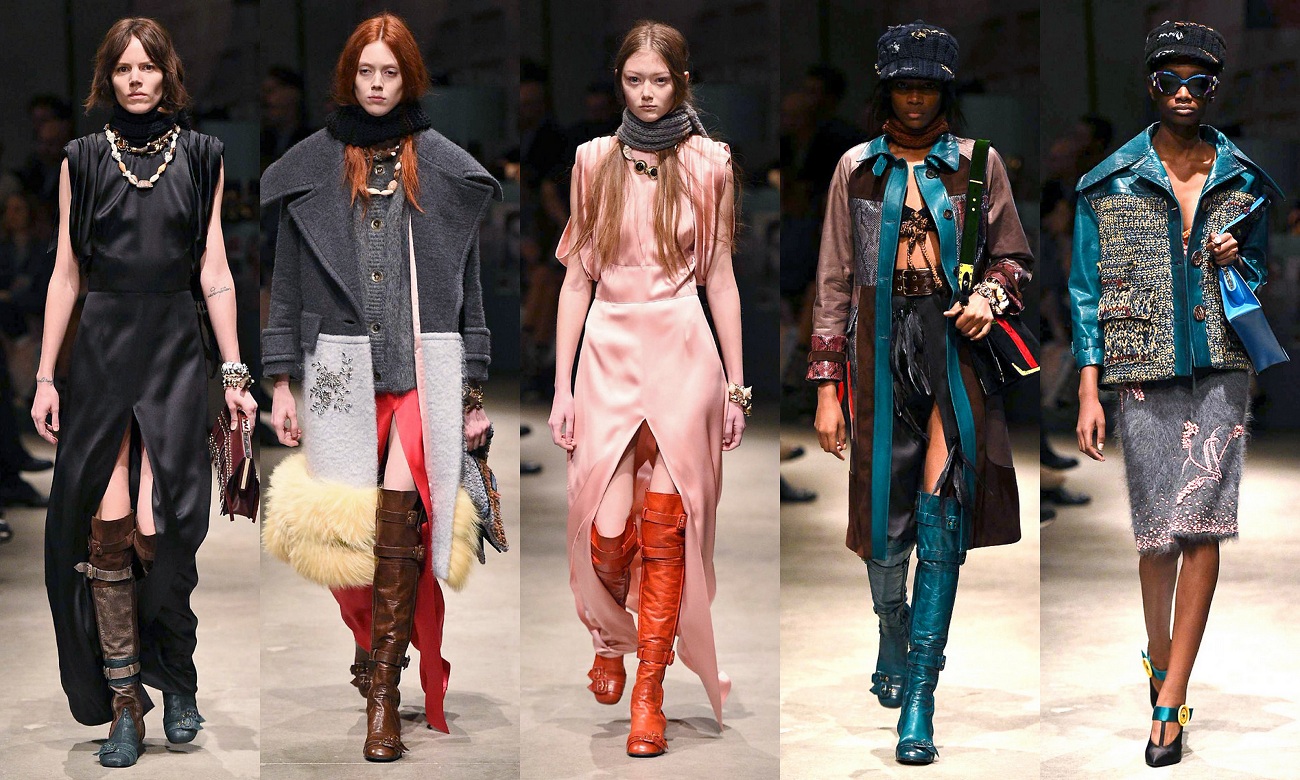 Seventies style was a point break where her immaculateness merged with combining fur turned into shearling texture, mixed with florals flirting subtly among the vintage leather creations. A strong sense of poetry merged with amorousness was presented trough inevitable floral and adorable angora sweaters and long line silhouettes. Statement velvet suits are paired with knitted bras while skirts are made with trimmed feathers, along with some coats decorated the same way without avoiding embroidery. 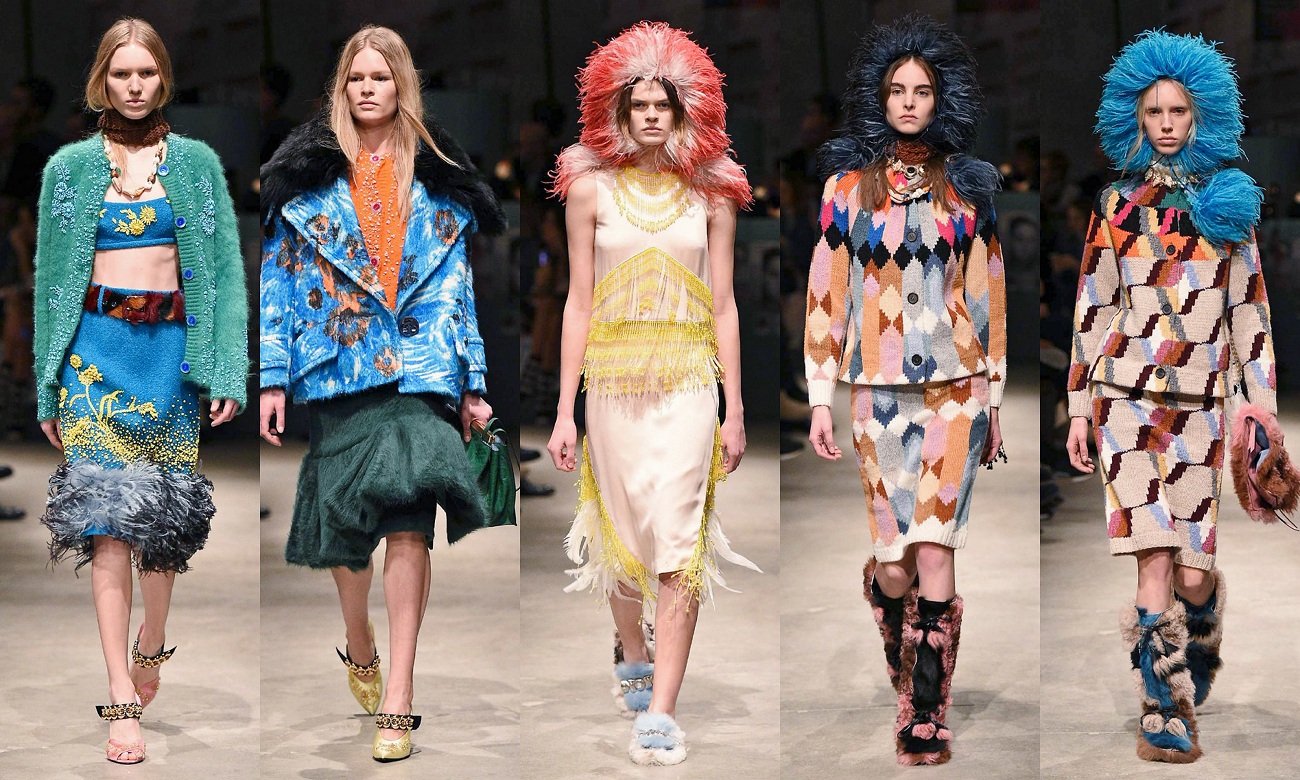 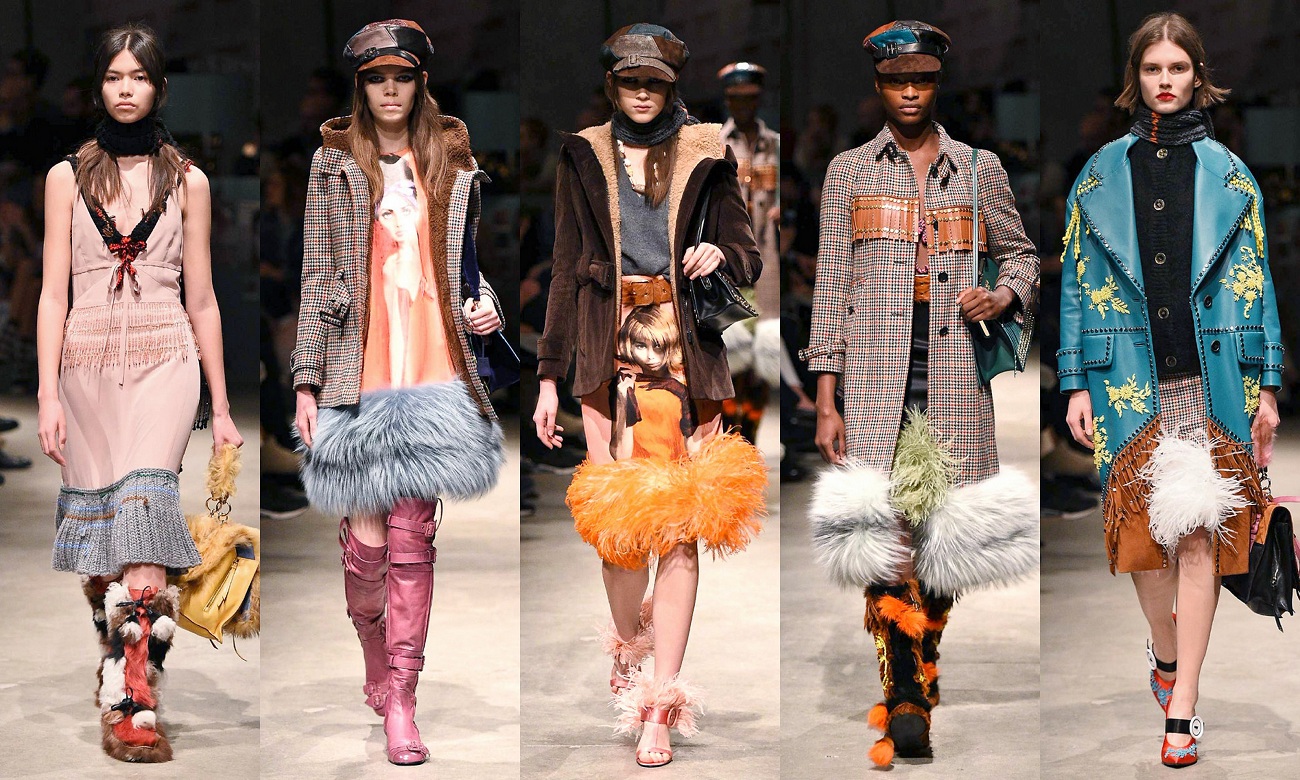 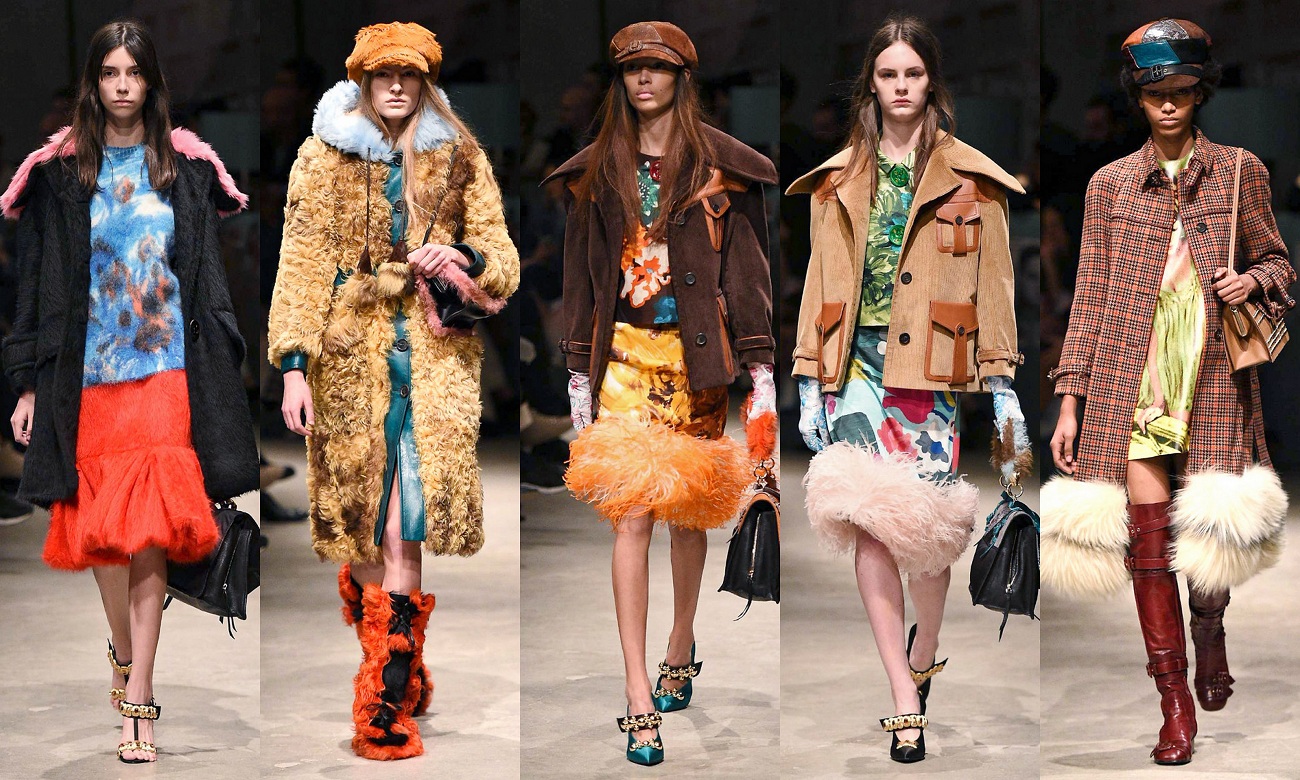 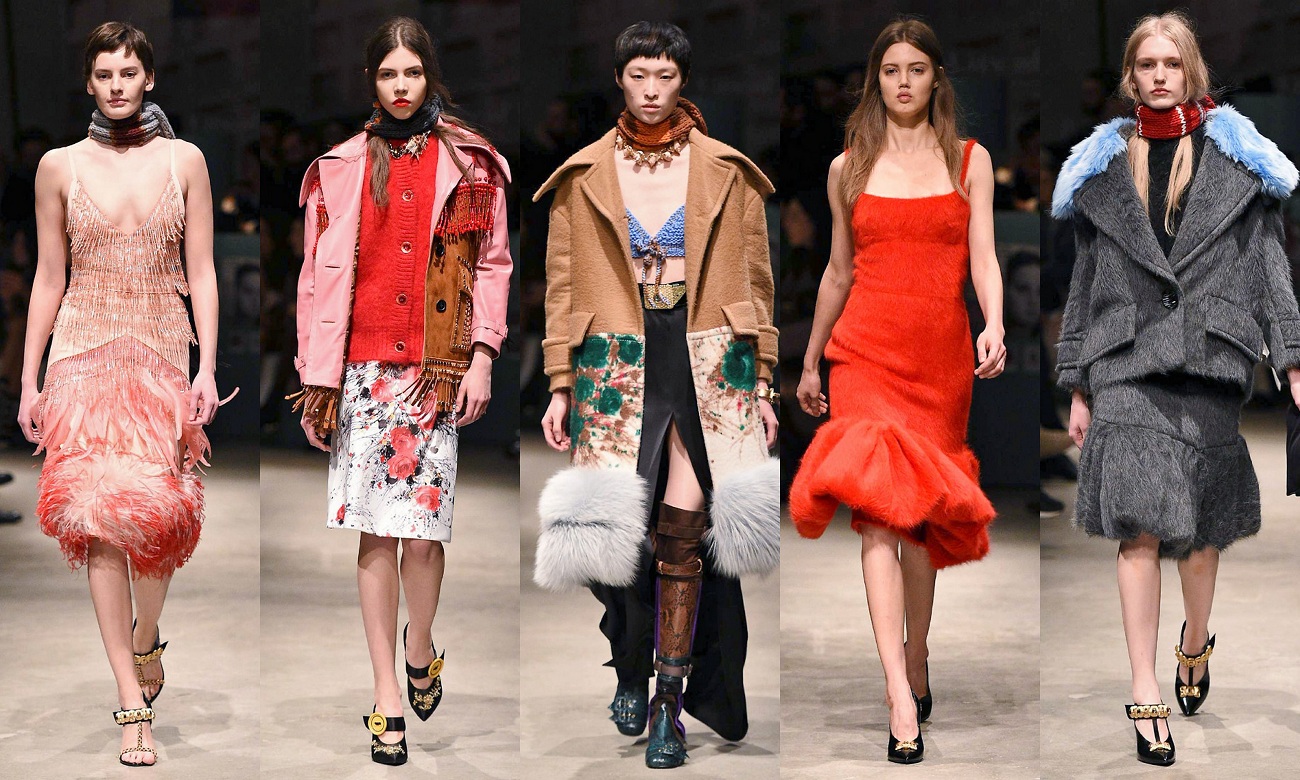 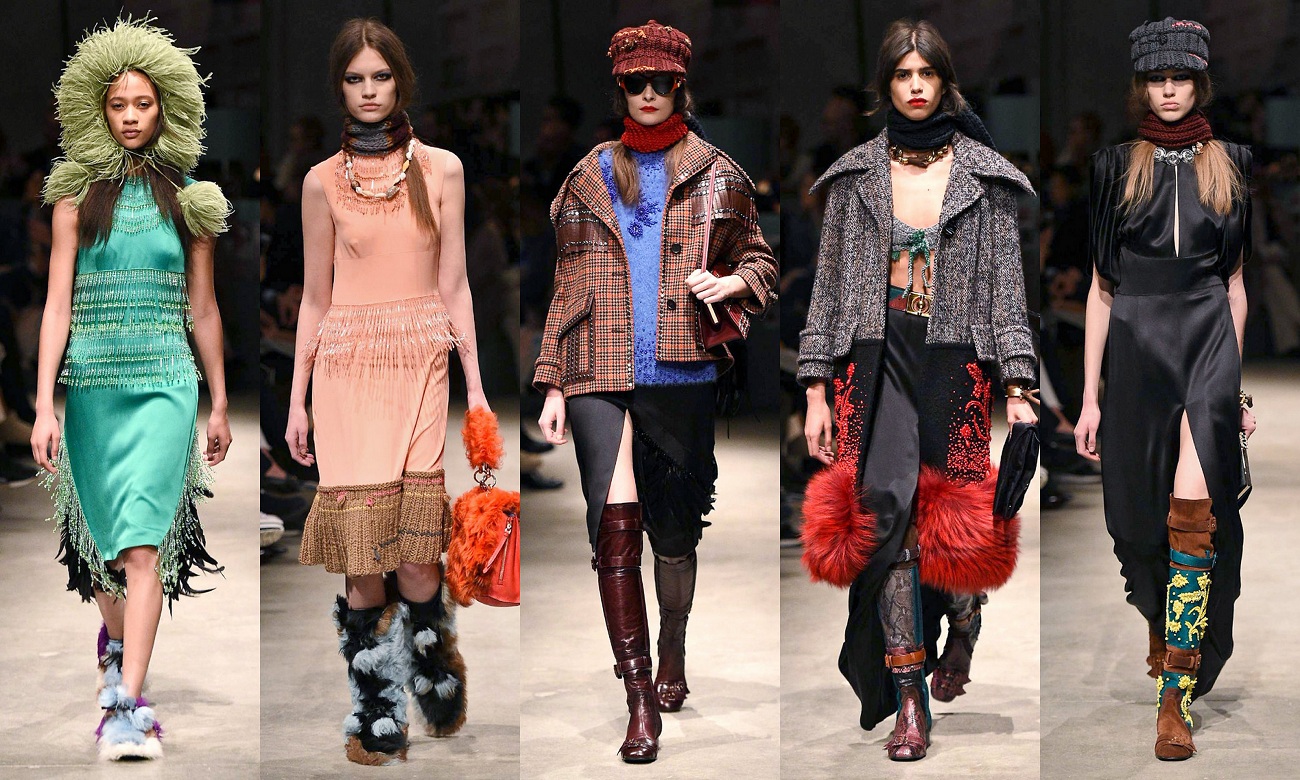 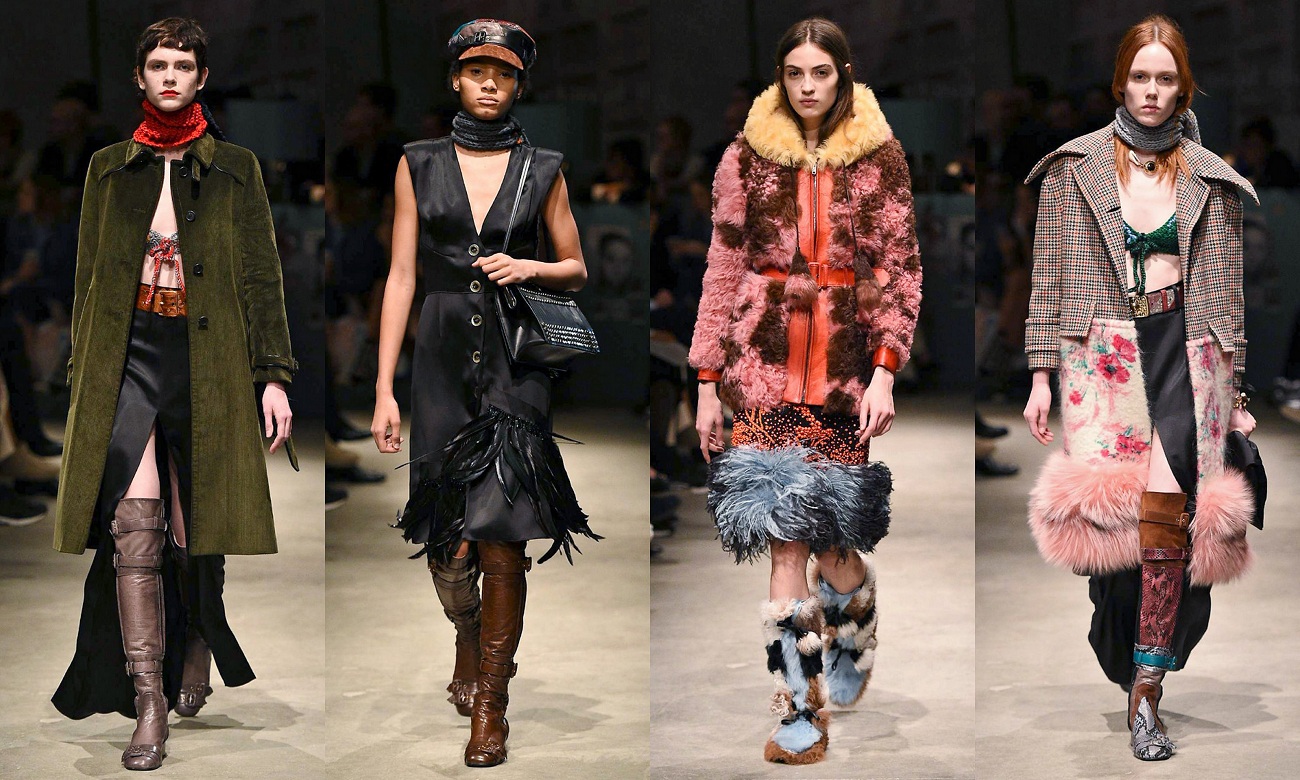 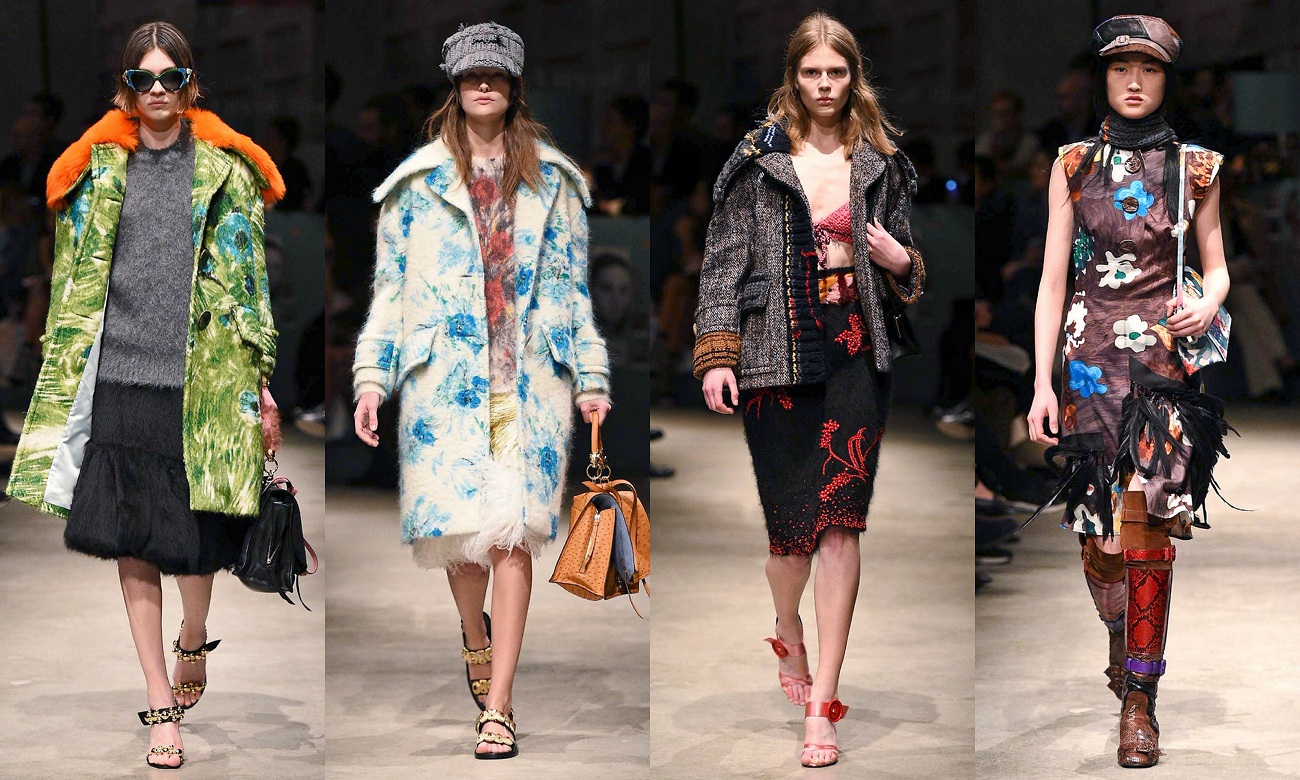 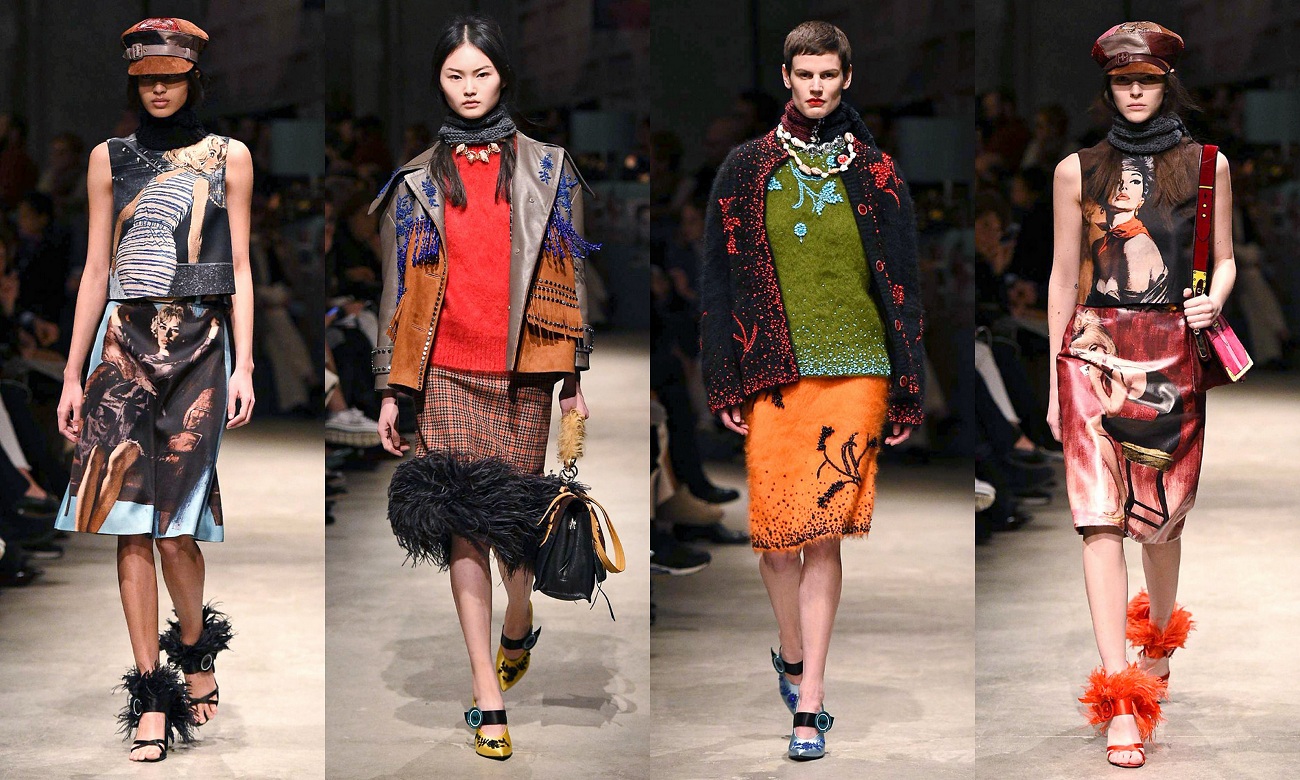