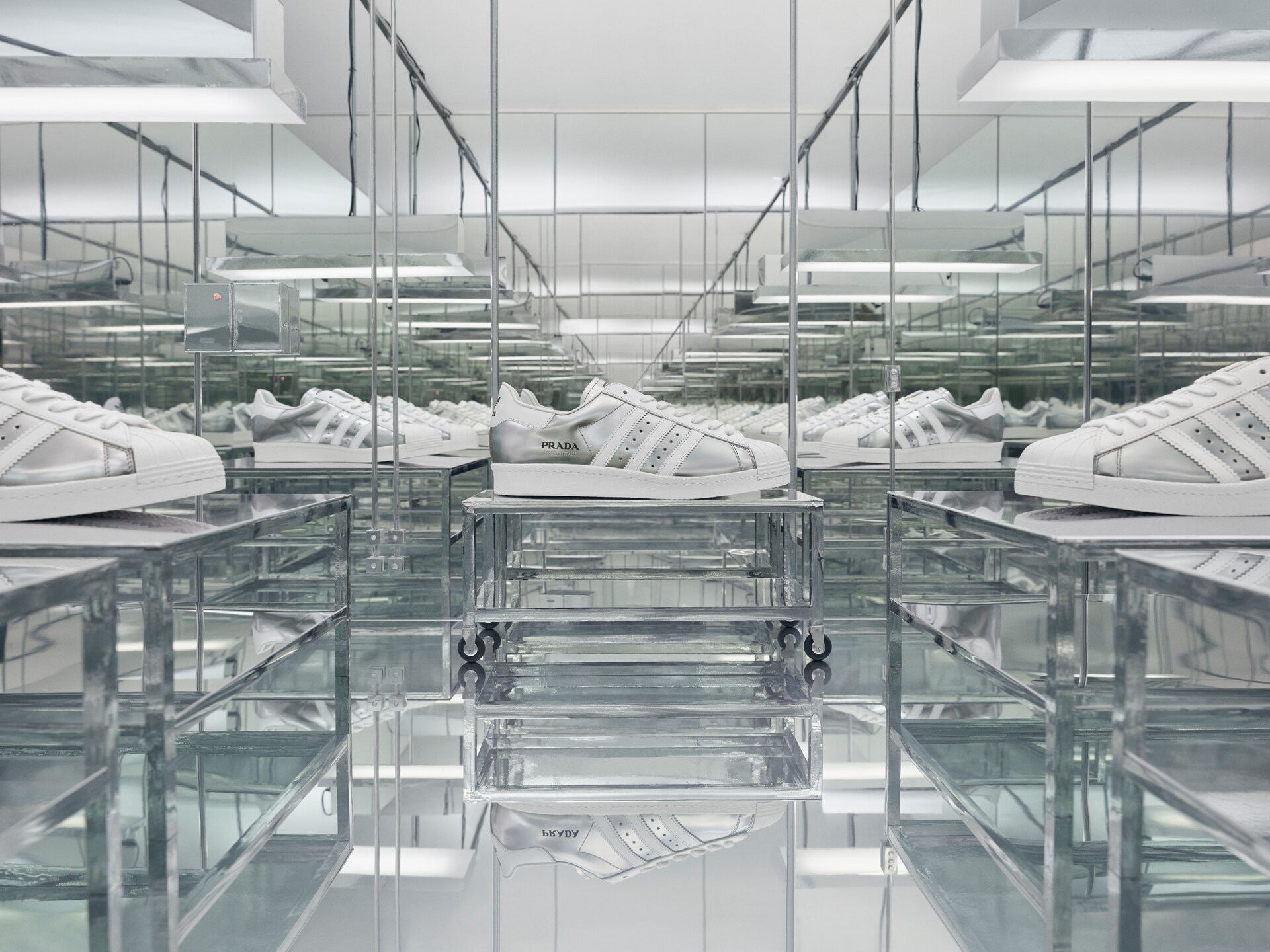 Prada and adidas Originals propose a timeless, eternal classic, reengineered for the now -the Superstar, reiterating the first expression of this partnership between the luxury-goods house and the sportswear expert. Now retailing alone, the iconic Superstar style is offered in a trio of new colorways: monochrome black, white with black, and chrome silver with white. For a new decade, a new point of view. 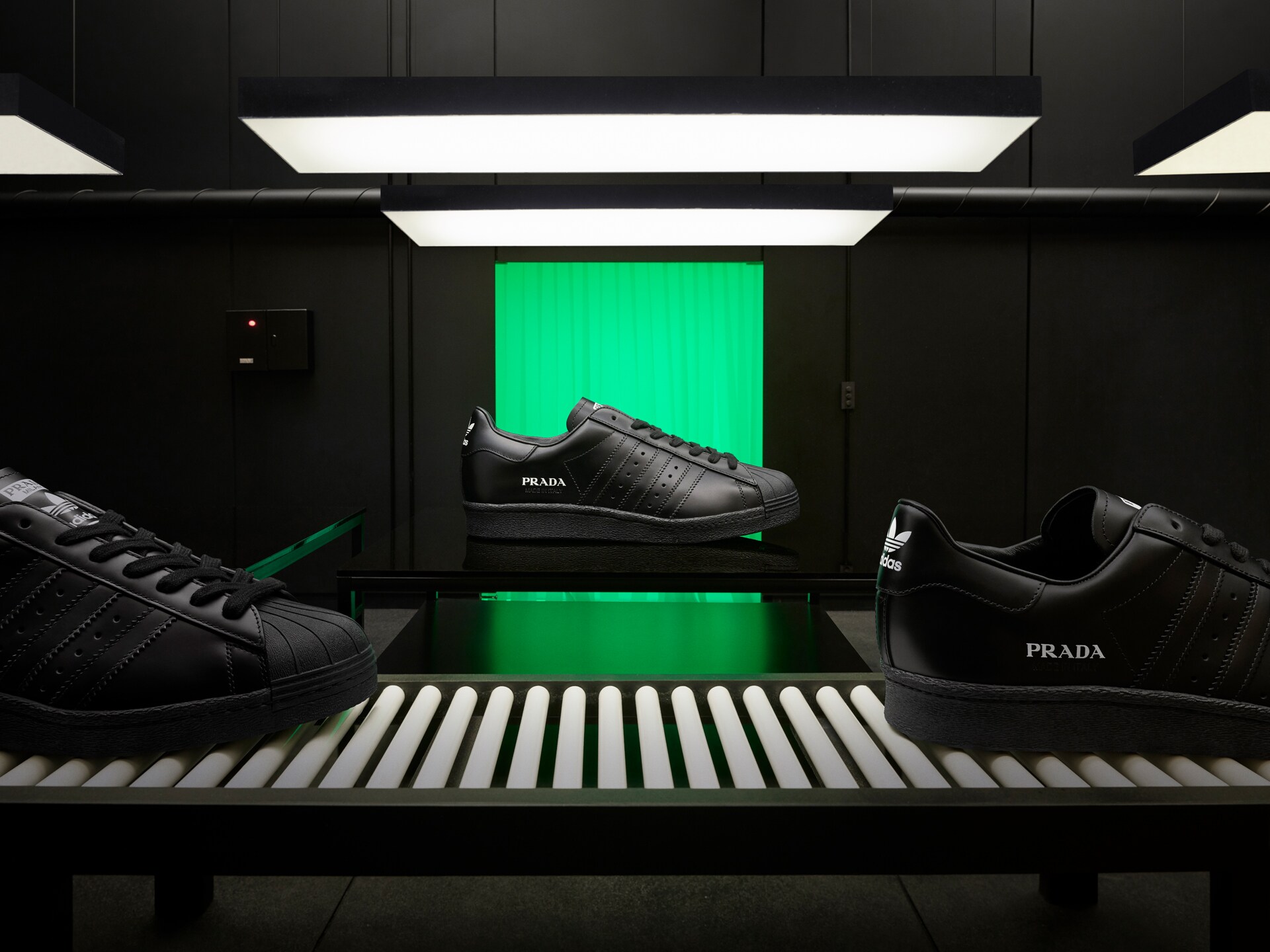 This step of the ongoing collaboration between Prada and adidas emphasizes qualities shared by and synonymous with each: collaboration, innate respect for heritage, a passion for sport. This fusion of two distinct, world-renowned brands is strengthened by conviction and commitment to absolute excellence. Craftsmanship is at the heart of the Prada Superstar sneaker -executed by Prada’s footwear specialists, fusing the lexicon of luxury with the language of high-performance sportswear in a style of shoe that has always been, in and of itself, unique and groundbreaking. 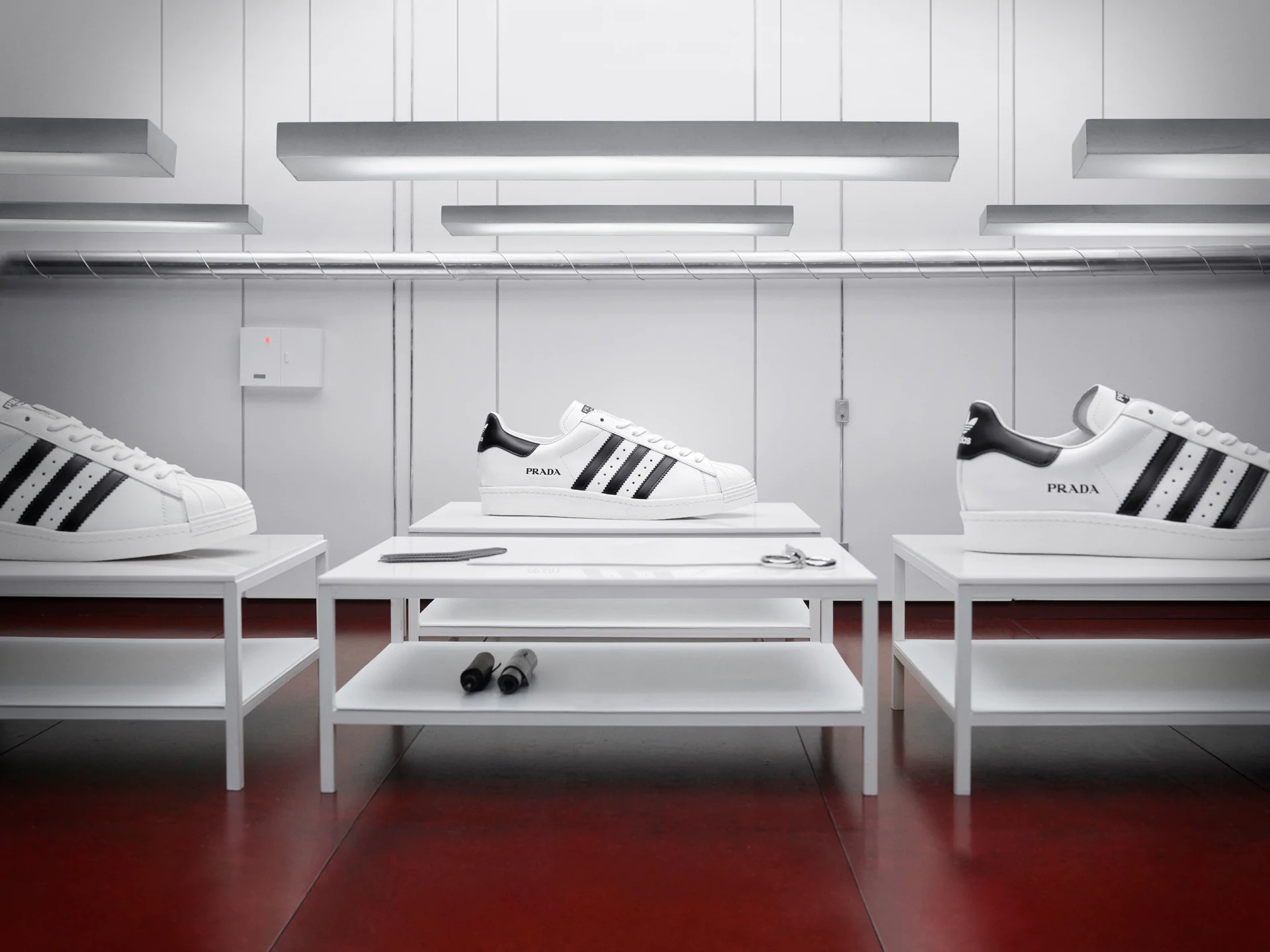 The streamlined silhouette of the adidas Originals Superstar sneaker -an inherently modern, entirely unisex design, first created in 1969 -is translated into full-grain leather. Its origins -Made in Italy -are heat-stamped into the side, a marker of superlative quality appreciated around the world, alongside the dual logos of Prada and adidas Originals, which appear together on the tongue of every pair. The fundamental character of the Superstar remains unchanged: it is a style icon, a timeless item which does not call for re-design,but rather provokes reconsideration.

The importance of handiwork and of craft, over everything, is underscored in the campaign, a fantastical, surreal reimagining of the actual process of creation of the Prada Superstar. Toying with scale through a miniature recreation of Prada’s manufacturing spaces in Le Marche region, the viewer can observe the final painstaking touches being made to each new colorway. The Superstar here is super-scale –this interplay of proportions magnifies and emphasizes the instantly-recognizable features of the Superstar -the triple-stripe, trefoil, and rubber shell toe -as well as the addition of the dual Prada and adidas Originals logos. 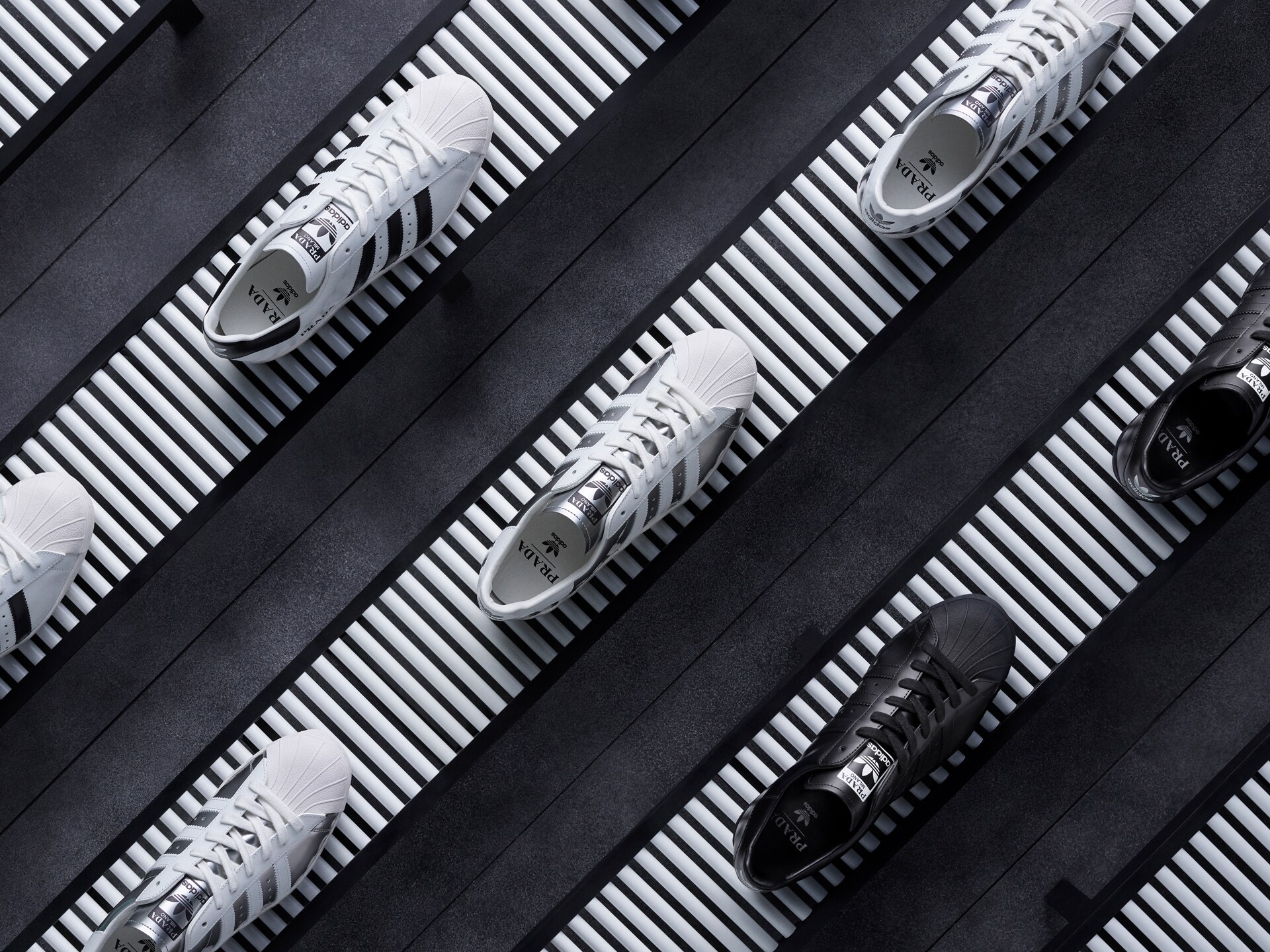 The new Prada Superstar will launch starting from 8 September 2020, via Prada boutiques and adidas flagship stores worldwide, alongside selected wholesalers. The range is also available via prada.com and adidas.com.