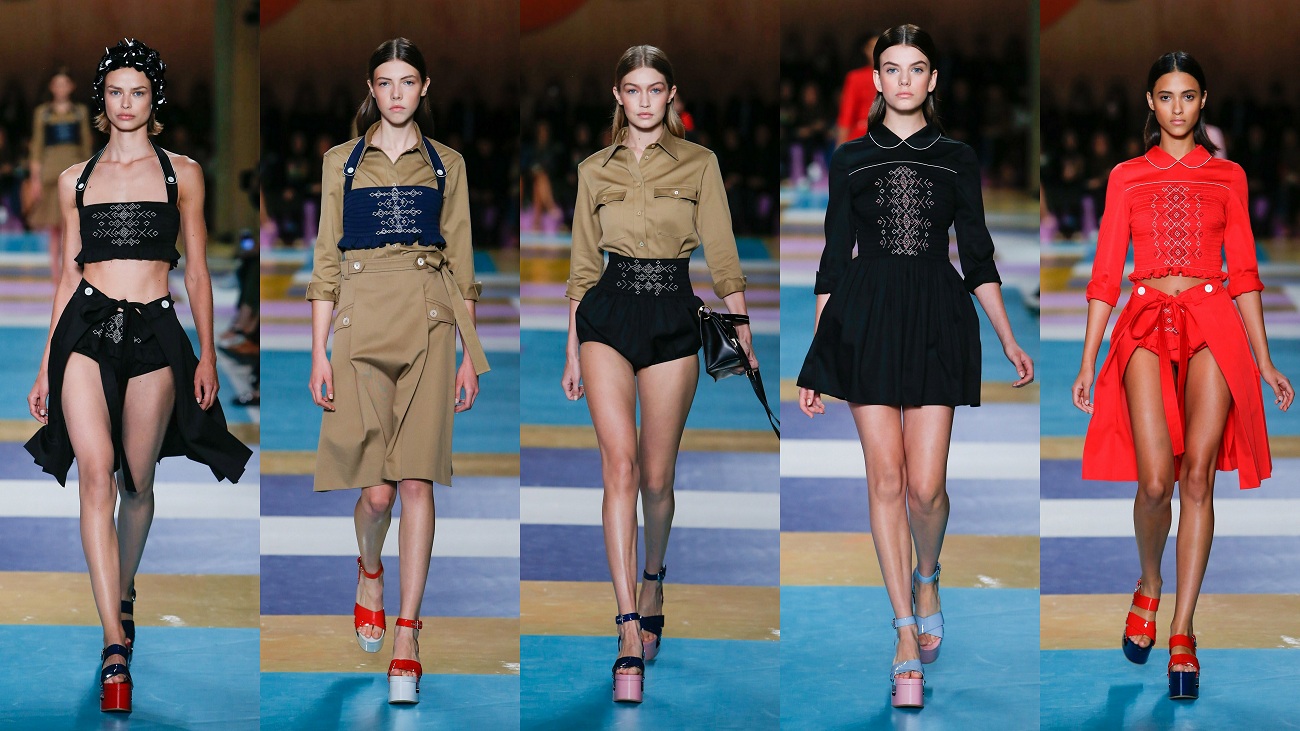 With the beachwear inspired retro pieces and summery atmosphere of colorful landscapes by Dutch research and design studio, AMO, it became clear that ‘beach’ was on Prada‘s mind. “The beach is something beautiful and something that’s now warming. They’re sunny but they’re scary. Because how much longer will we have them?” said Miuccia Prada. 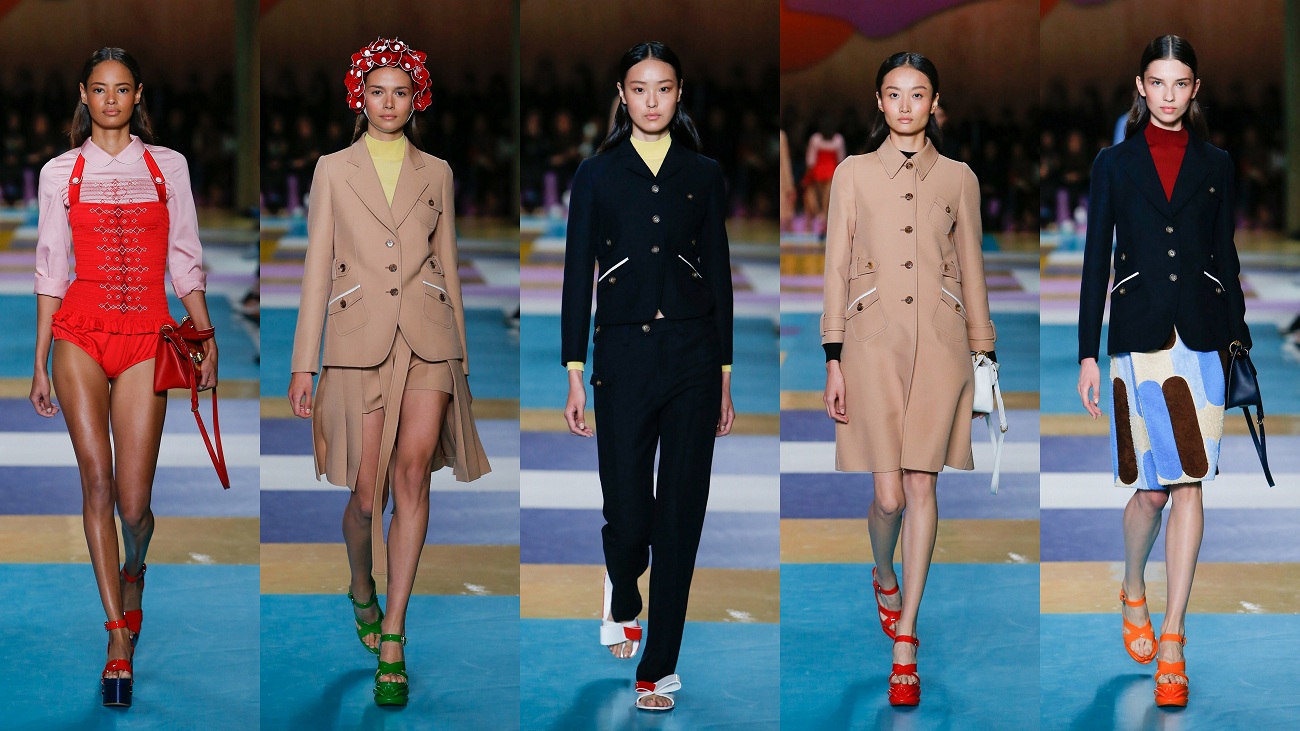 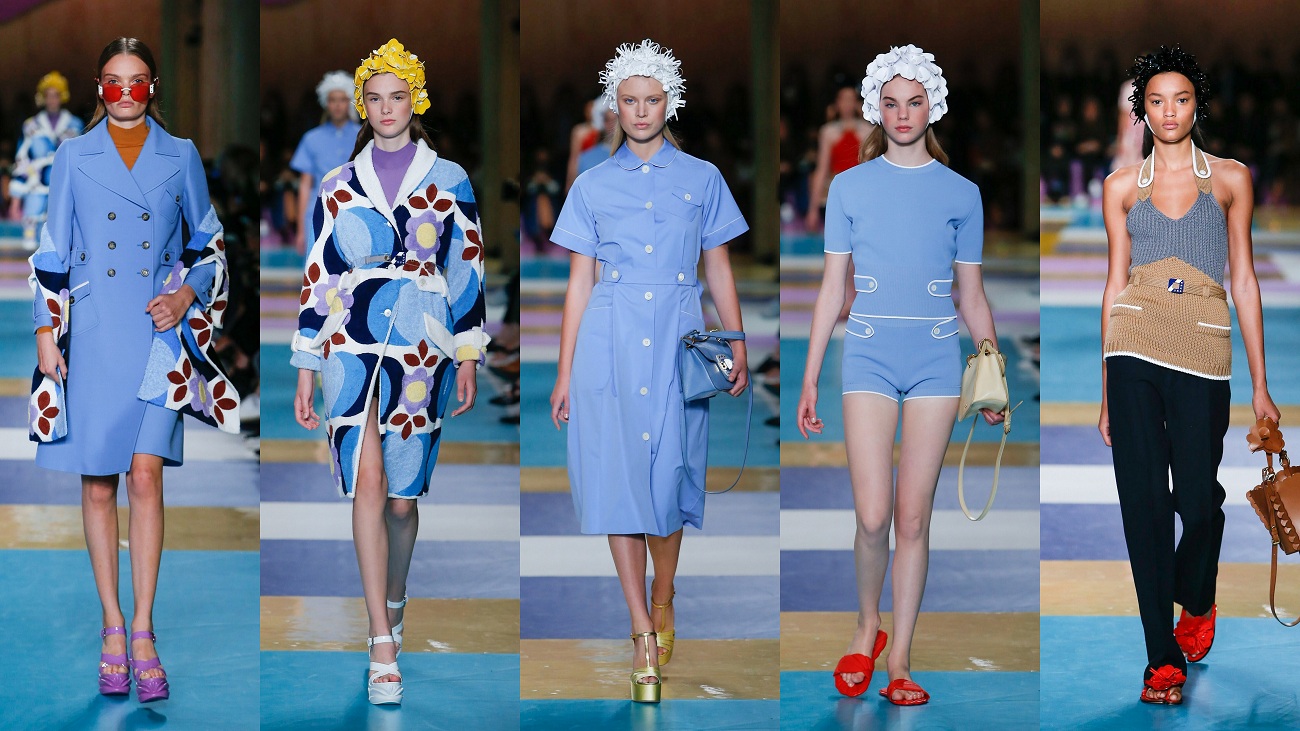 The show opened up with neutral looks, which later transitioned into vibrant palette of reds, coral pinks, blue, lime and bright yellow. Prints came in geometric shapes, abstract pop arts on plush coats with maxi belts tied at the waist, red and blue polka-dots on terry-towel skirt, stripes on pantsuits, daisies on shirtdresses and more. 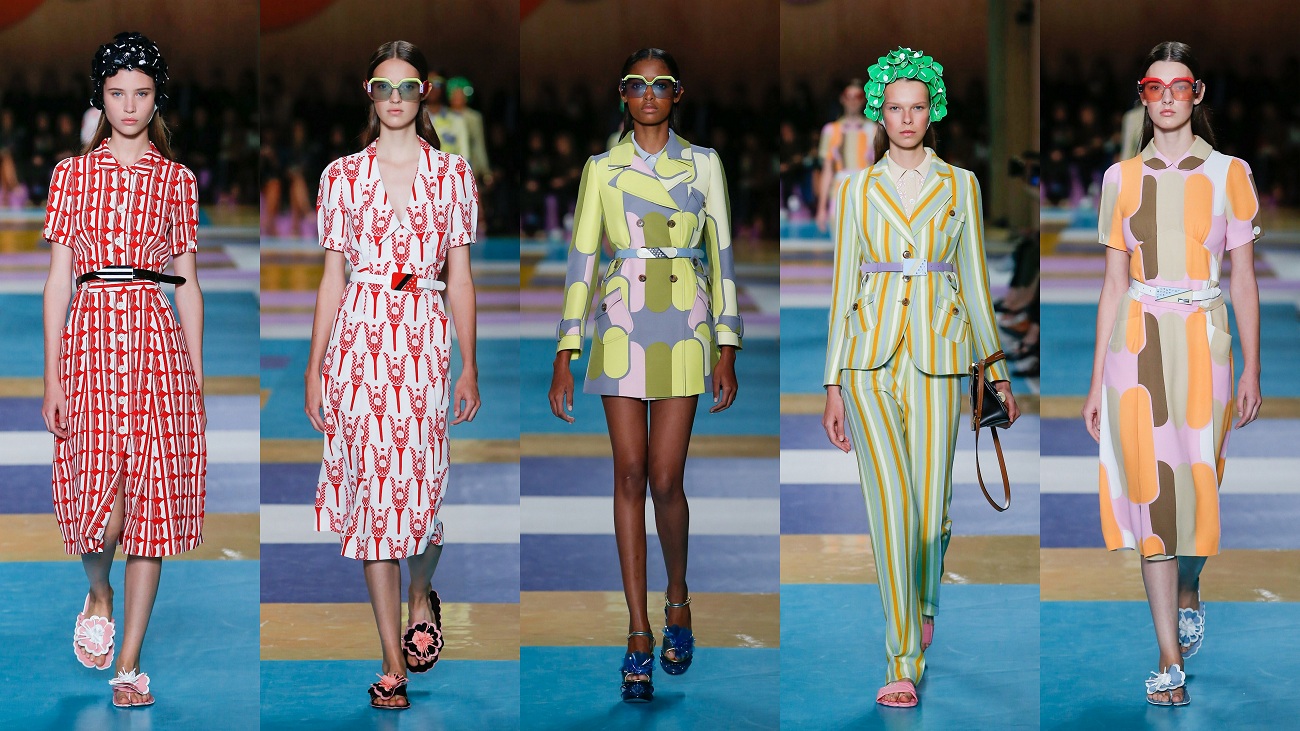 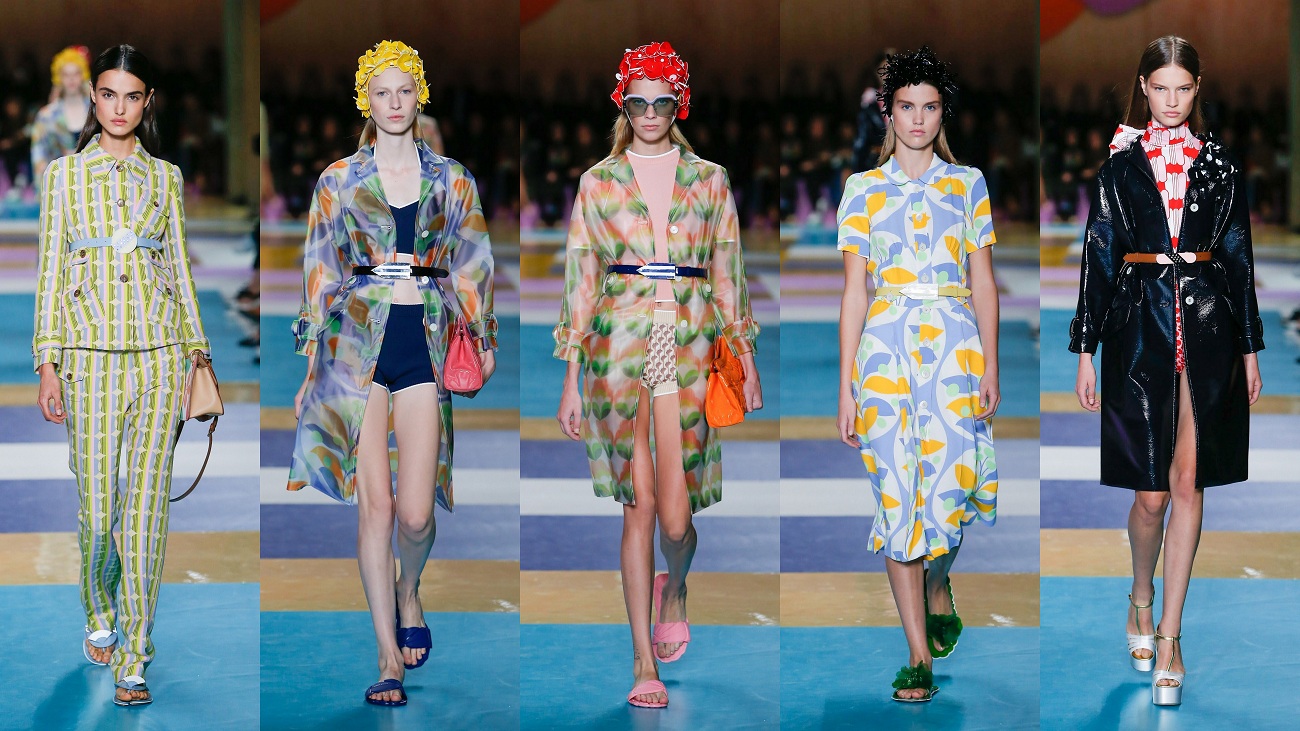 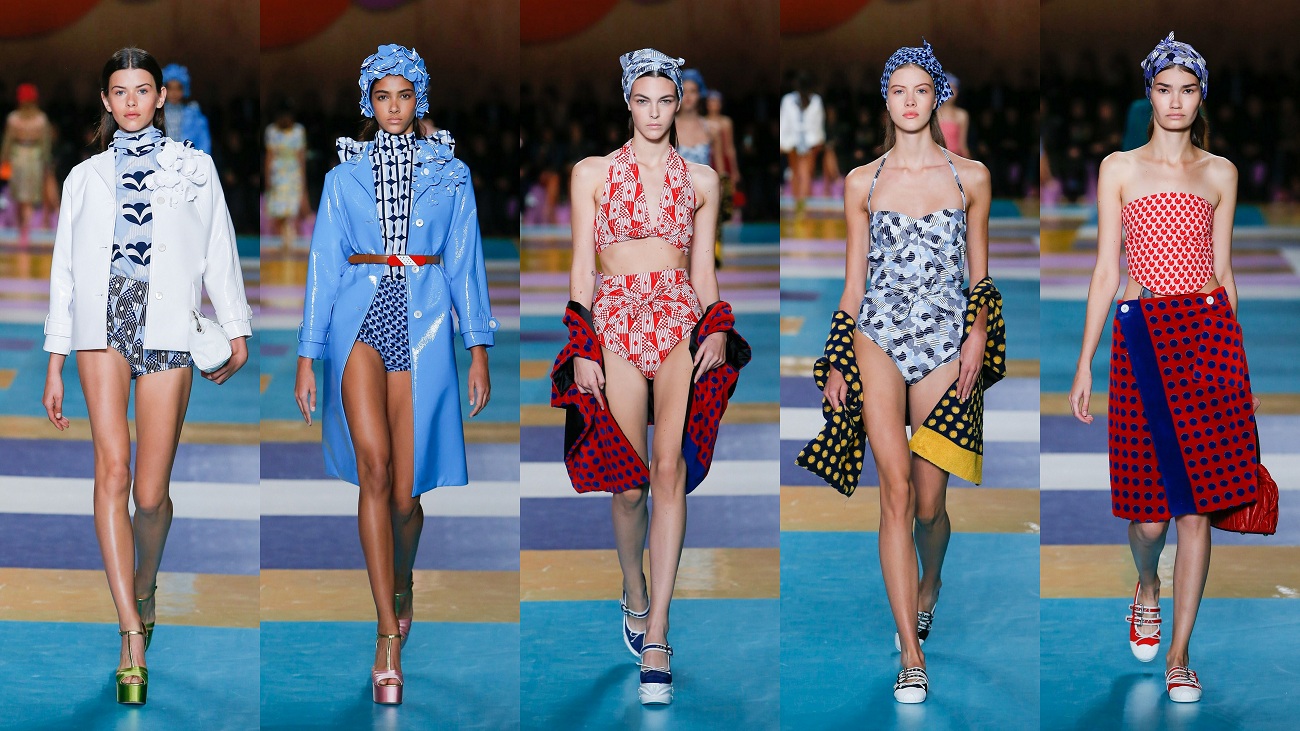 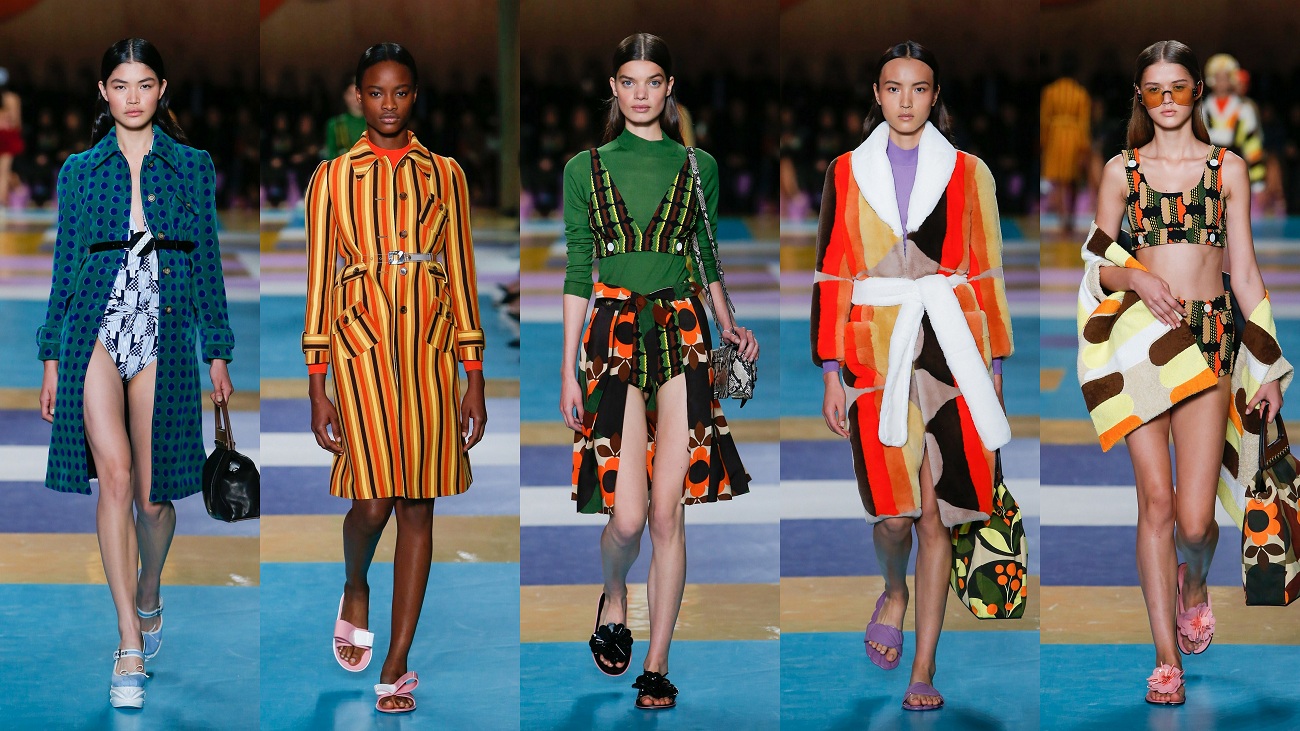 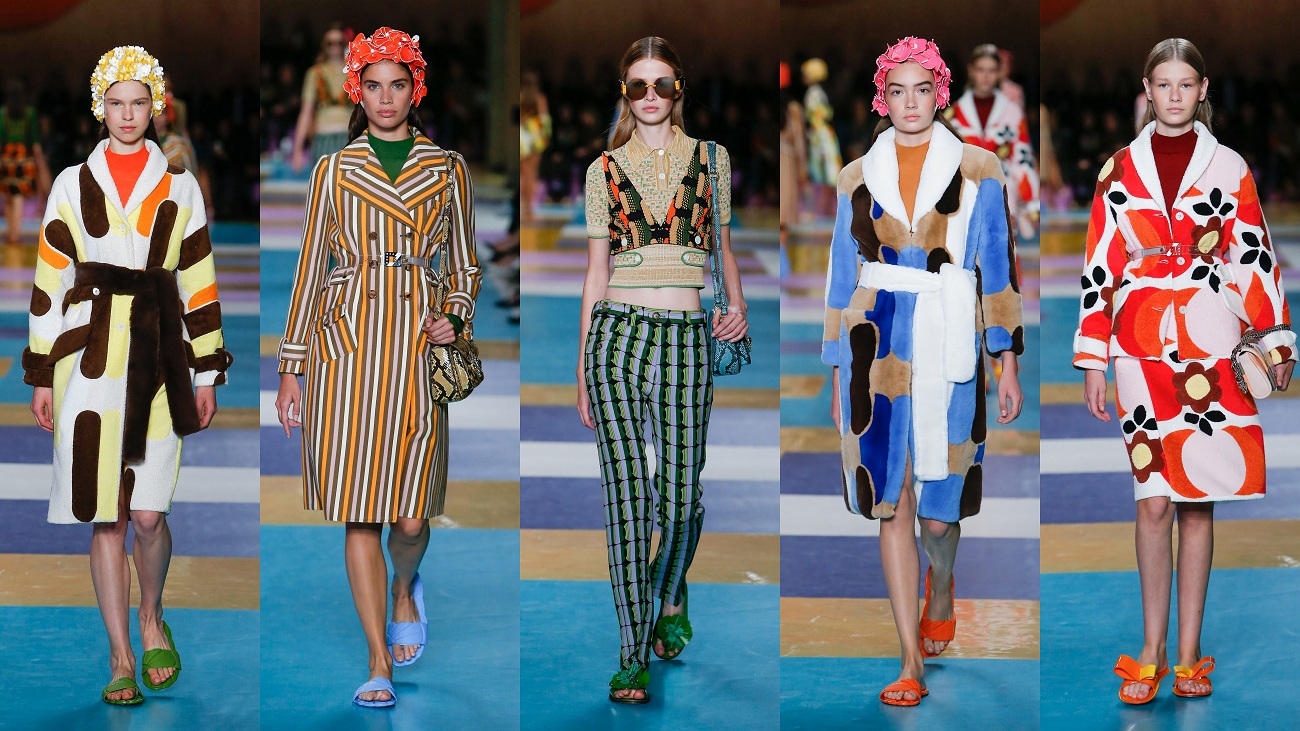 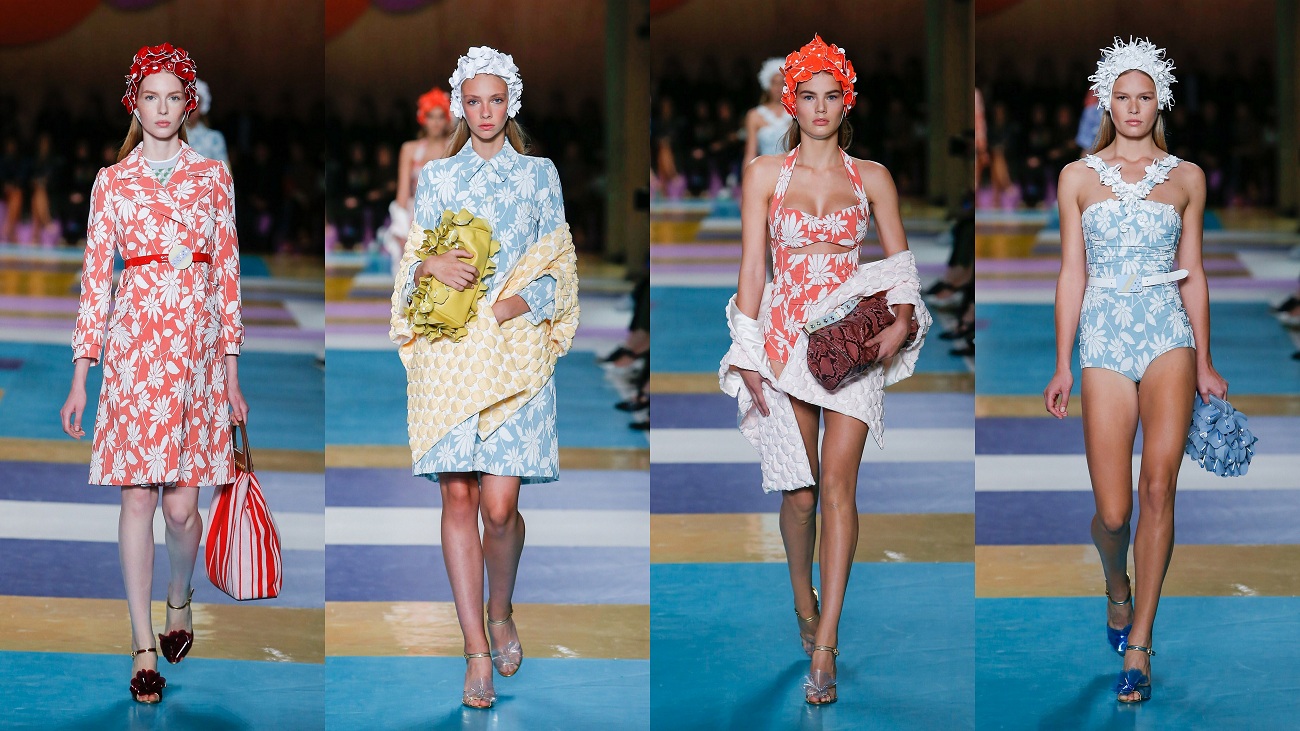 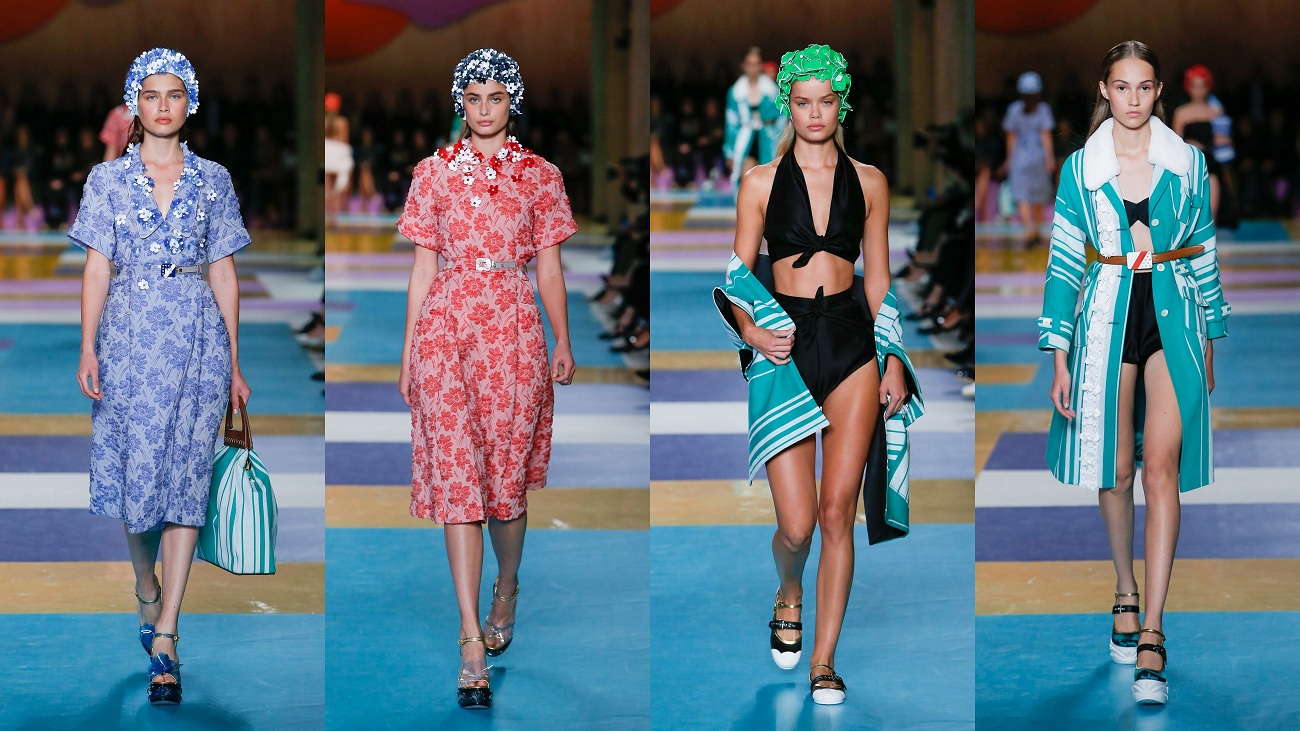 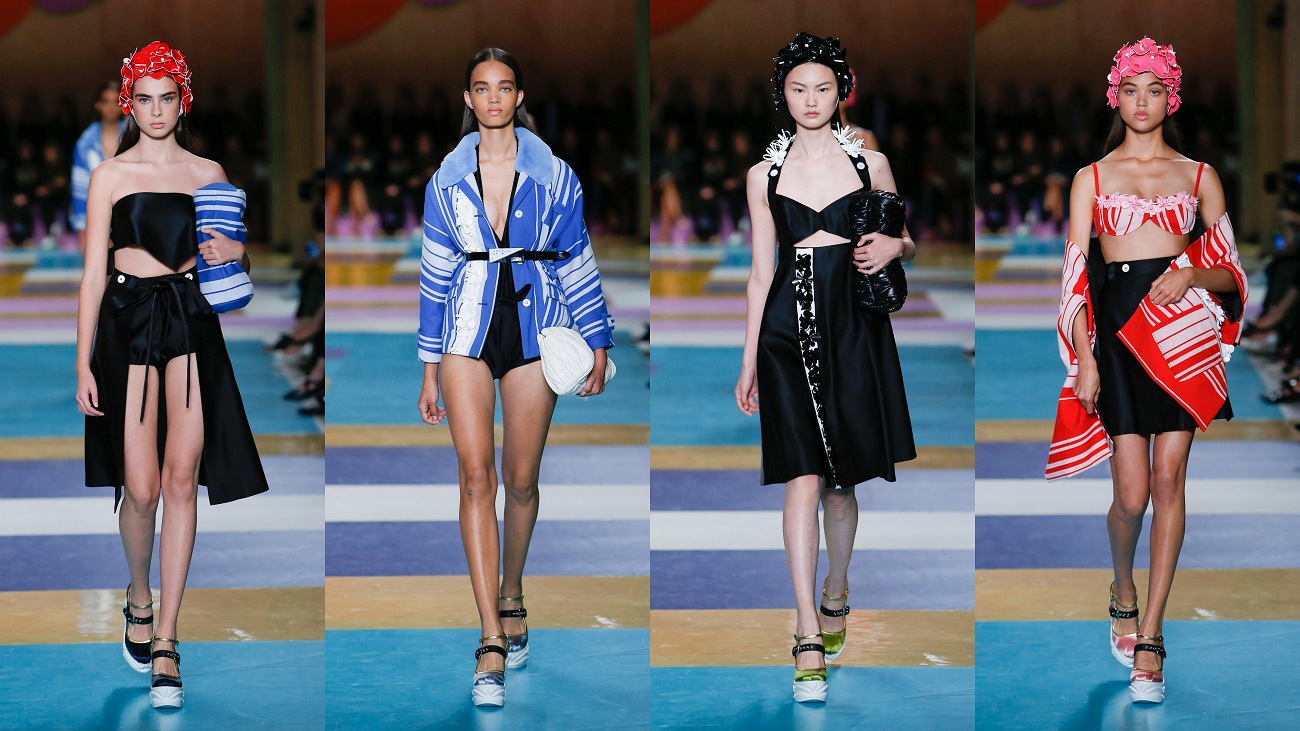