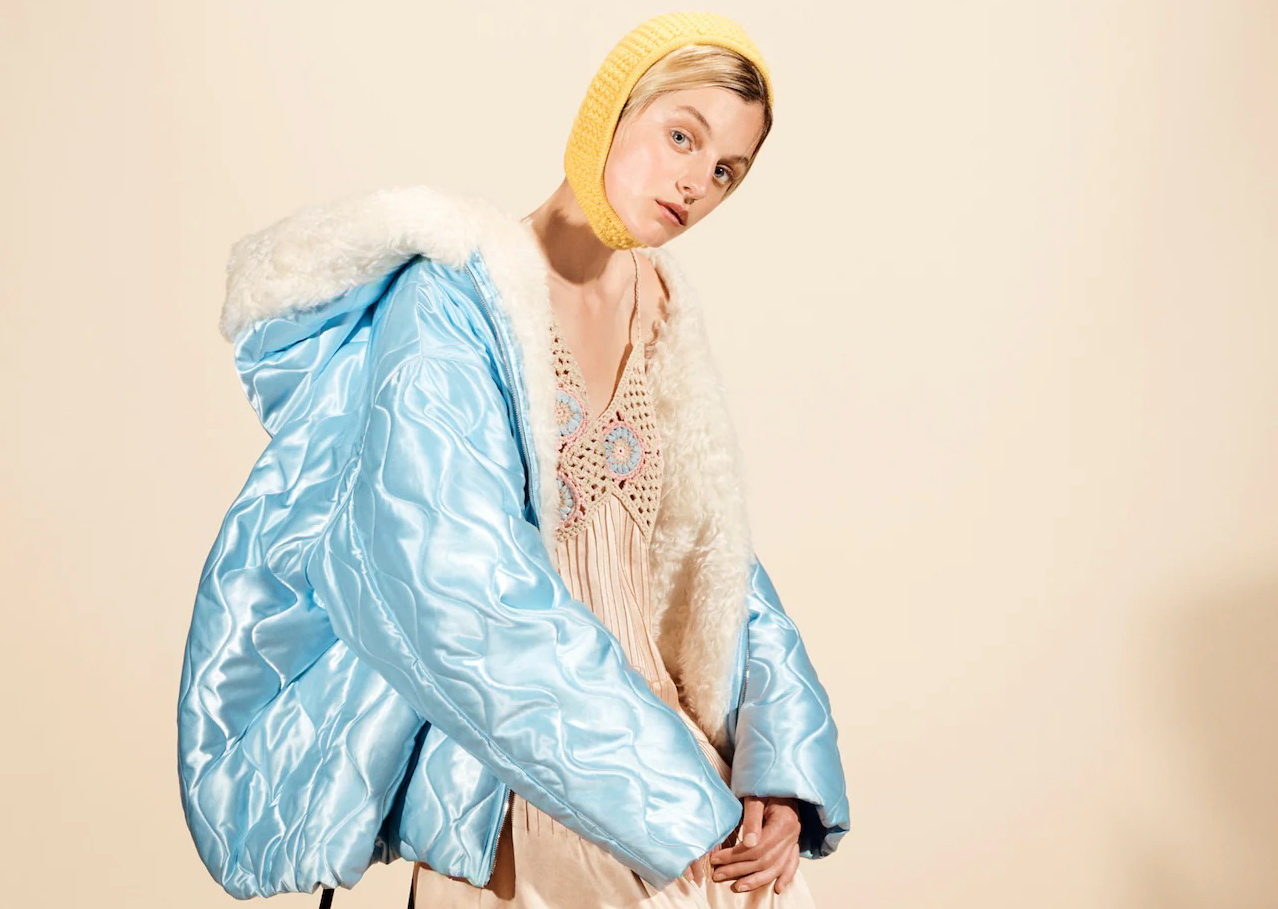 After a fashion show staged as a real fantasy – almost-impossibly presented in the landscape of Cortina d’Ampezzo in the Dolomites Alps – the Fall/Winter 2021 Miu Miu collection designed by Miuccia Prada returns to the context of fashion, itself another fantasy of realities, exploring the power of clothes as a conveyance of character, an expression of strength. 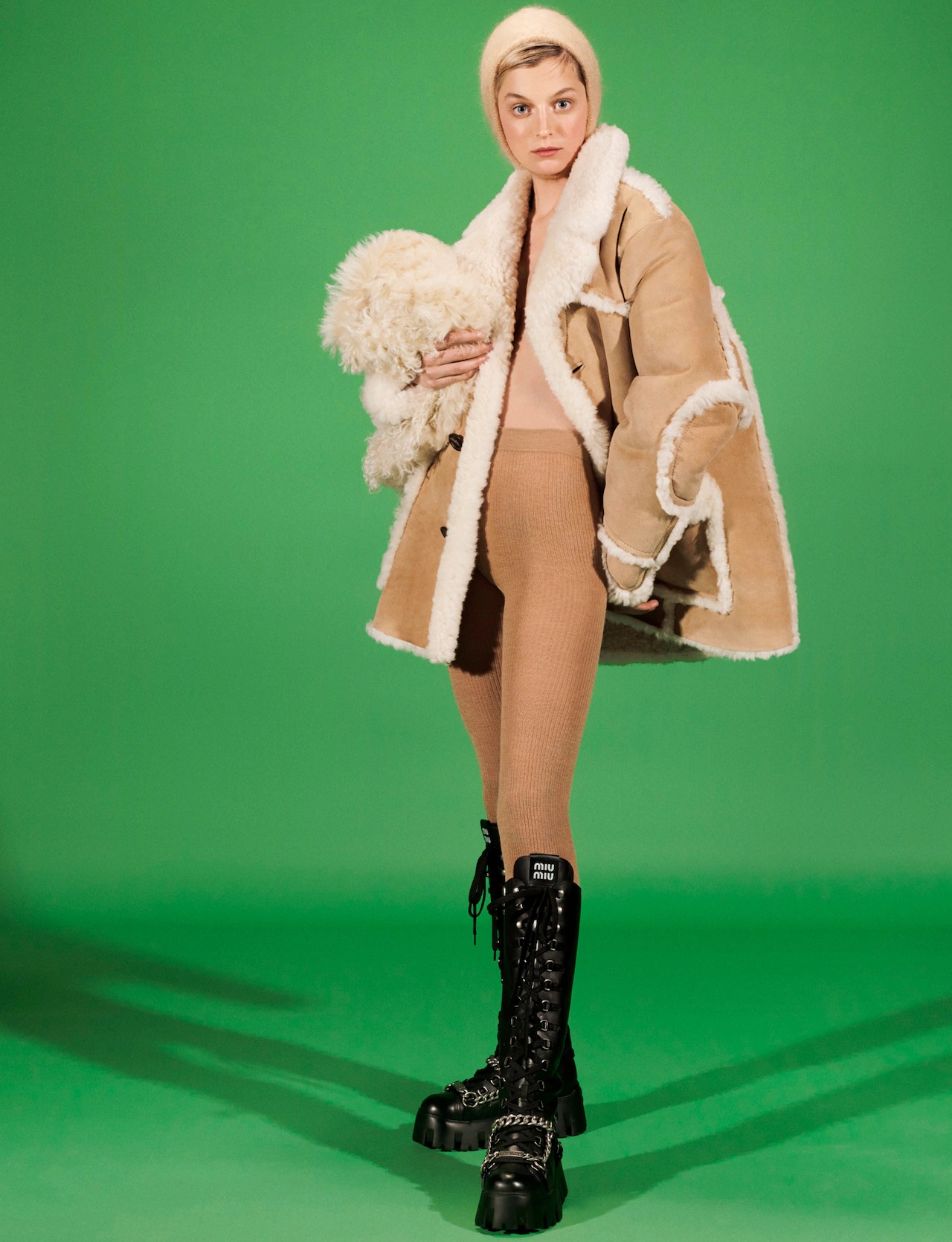 As this collection champions the notion of bravery and intrepid exploration, the hero of this Miu Miu campaign is the actor Emma Corrin – whose courage in her abandonment, whole-heartedly, to every role, has boldly powered her to international prominence. Acting requires innate courage – emotional bravery, the baring of one’s soul, to bring fantasies to life. 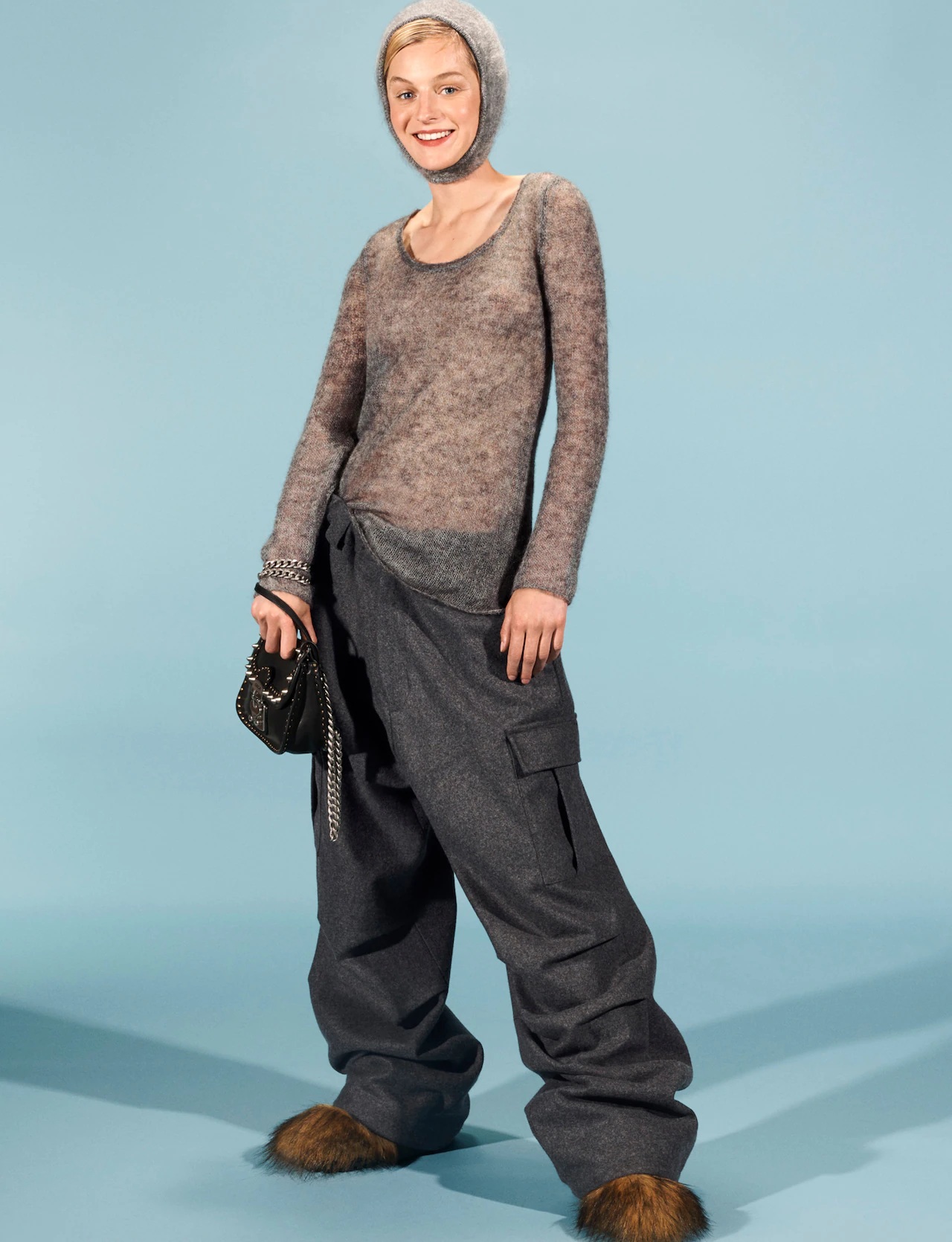 Throughout, both films and imagery constantly interrogate our ideas and ideals of reality and fantasy, the courage needed to traverse between the two. As Corrin gives her characters strength, Miu Miu clothes its wearers for brave endeavors. 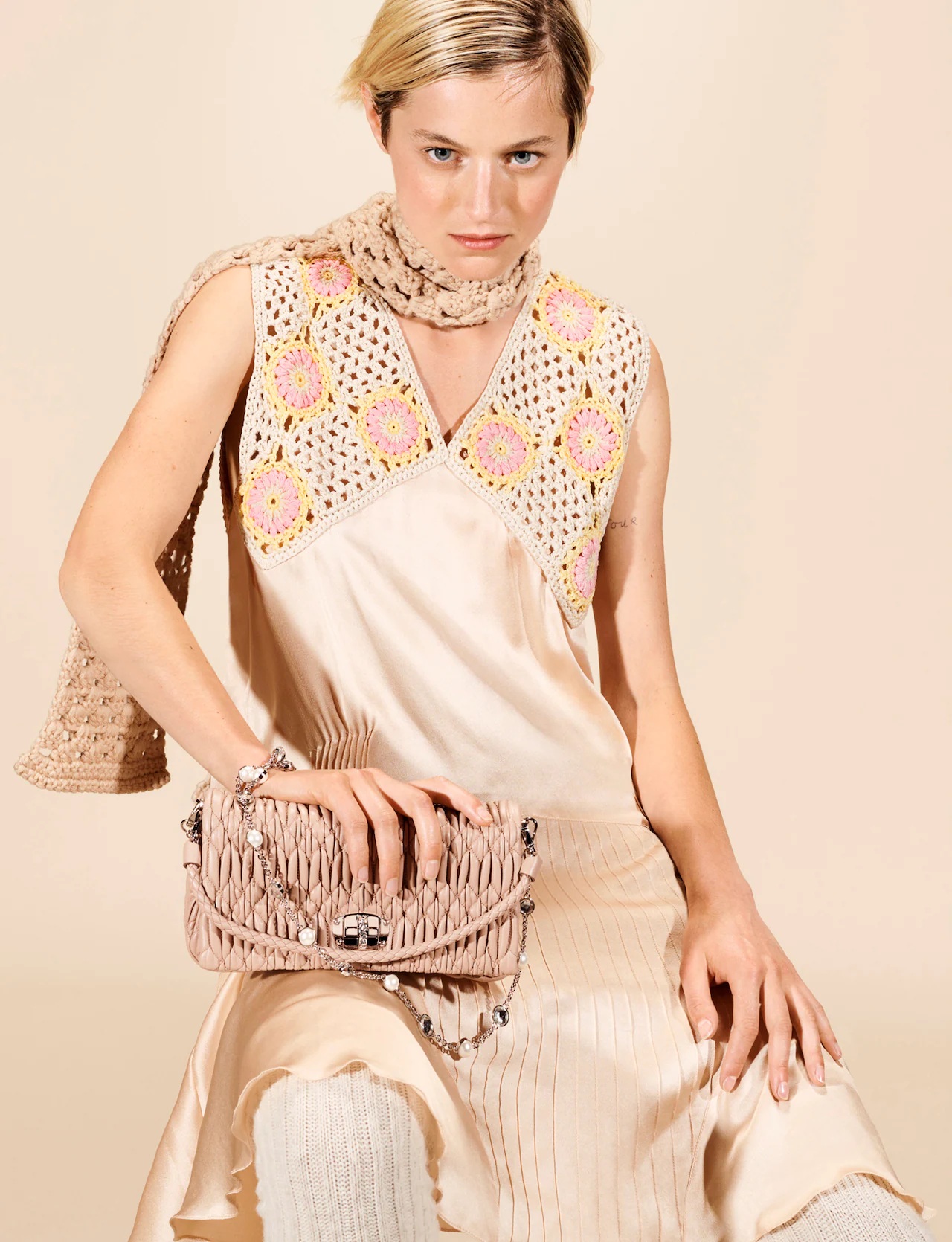 An actor’s craft is to lend fact to fiction, to embody people other than themselves. Corrin’s career has been marked by the power of her performances – her paradoxical bravery in showing her own vulnerability, the strength of character she can convey. Here, Corrin is captured in a direct and arresting series of studio portraits, her gaze in each an echo of female archetypes – joyful and reflective, serious or seductive – photographed by Steven Meisel with creative direction by M/M Paris. Her personality projects onto every image – staring boldly from the picture plane, framed in a new context. 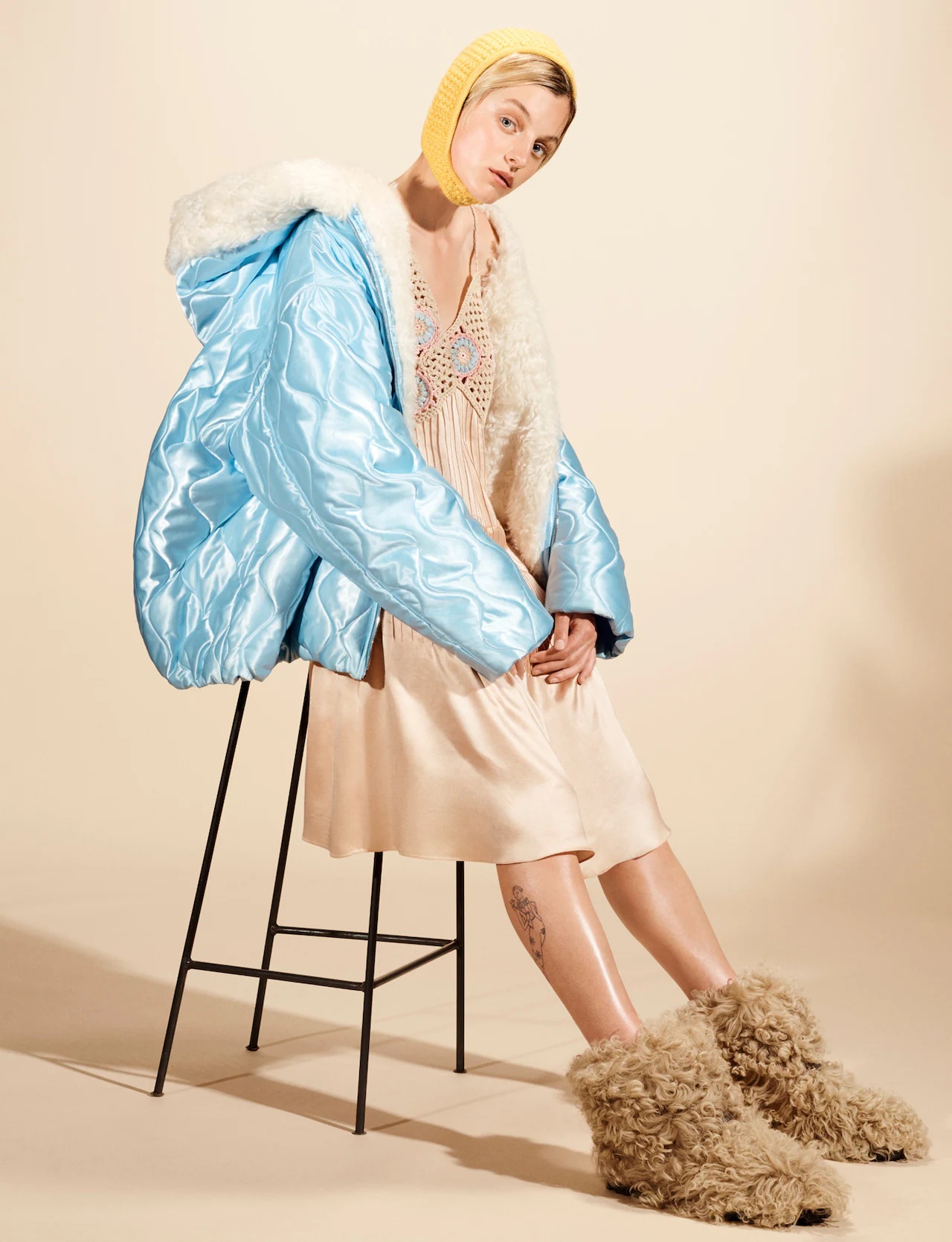 Miu Miu celebrates bravery, boldness – it is rooted in and inspired by communities of women, in the power of the collective. Here, Corrin shifts between different identities, different sense of self – playful or powerful, fragile but strong. Accompanying the print campaign, a series of five short films allow Corrin to reinvent herself once more – as different characters, within different personae. Corrin reads aloud a series of anecdotes, recollections, remembrances – recounting memories, true and imaginary, in her own voice and those of others. Again, lines are blurred: is Corrin acting, or actual – are these her words, or a script? 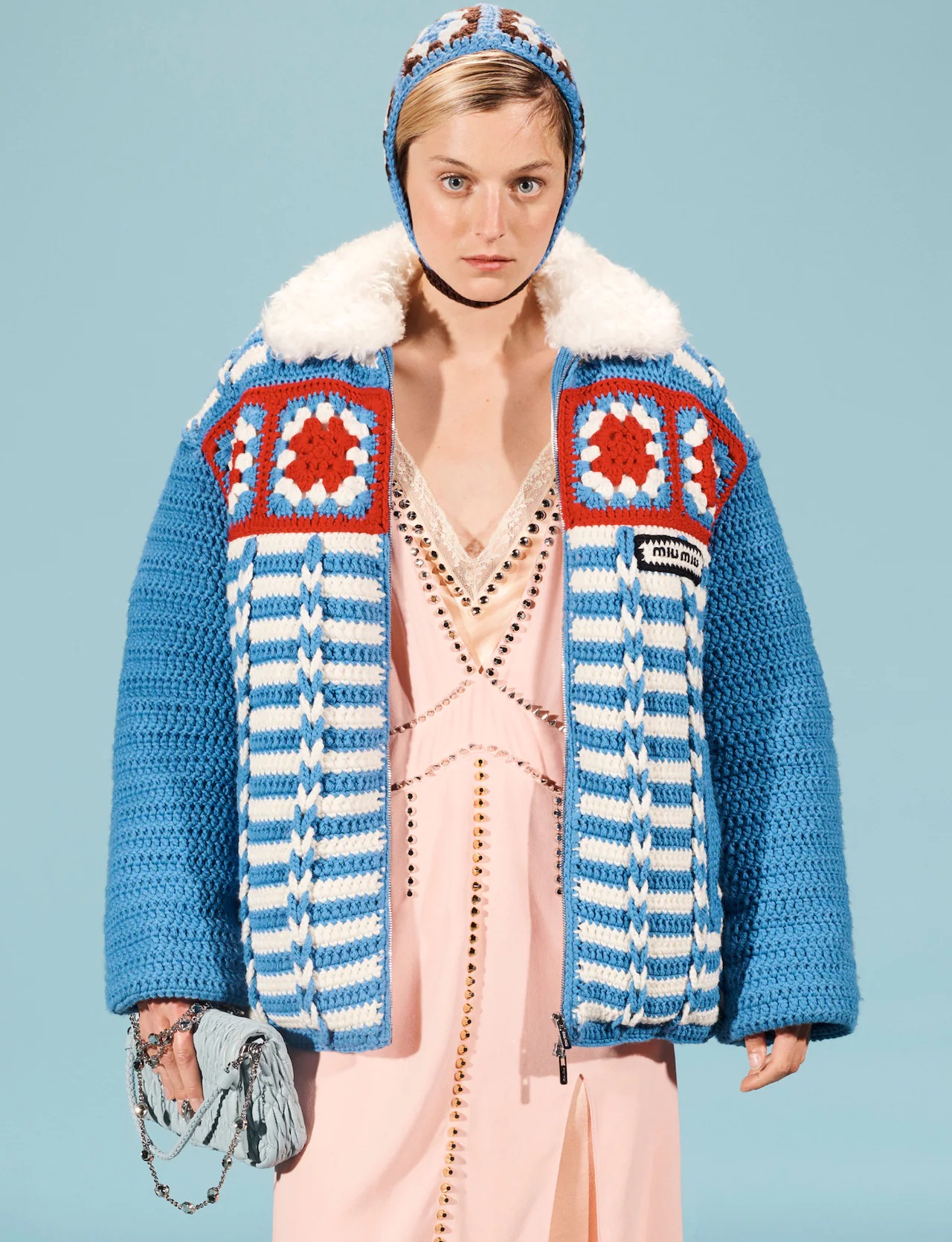 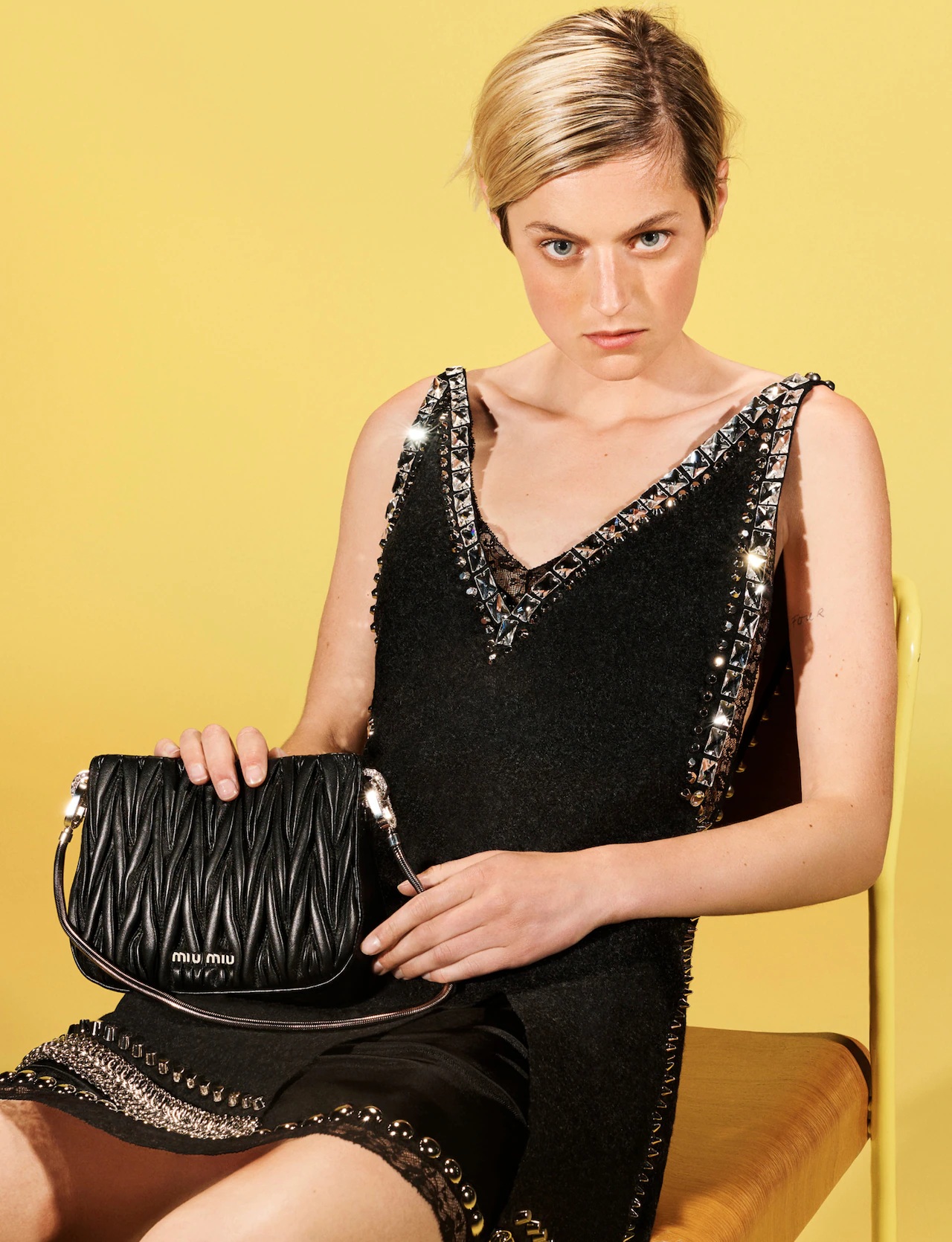 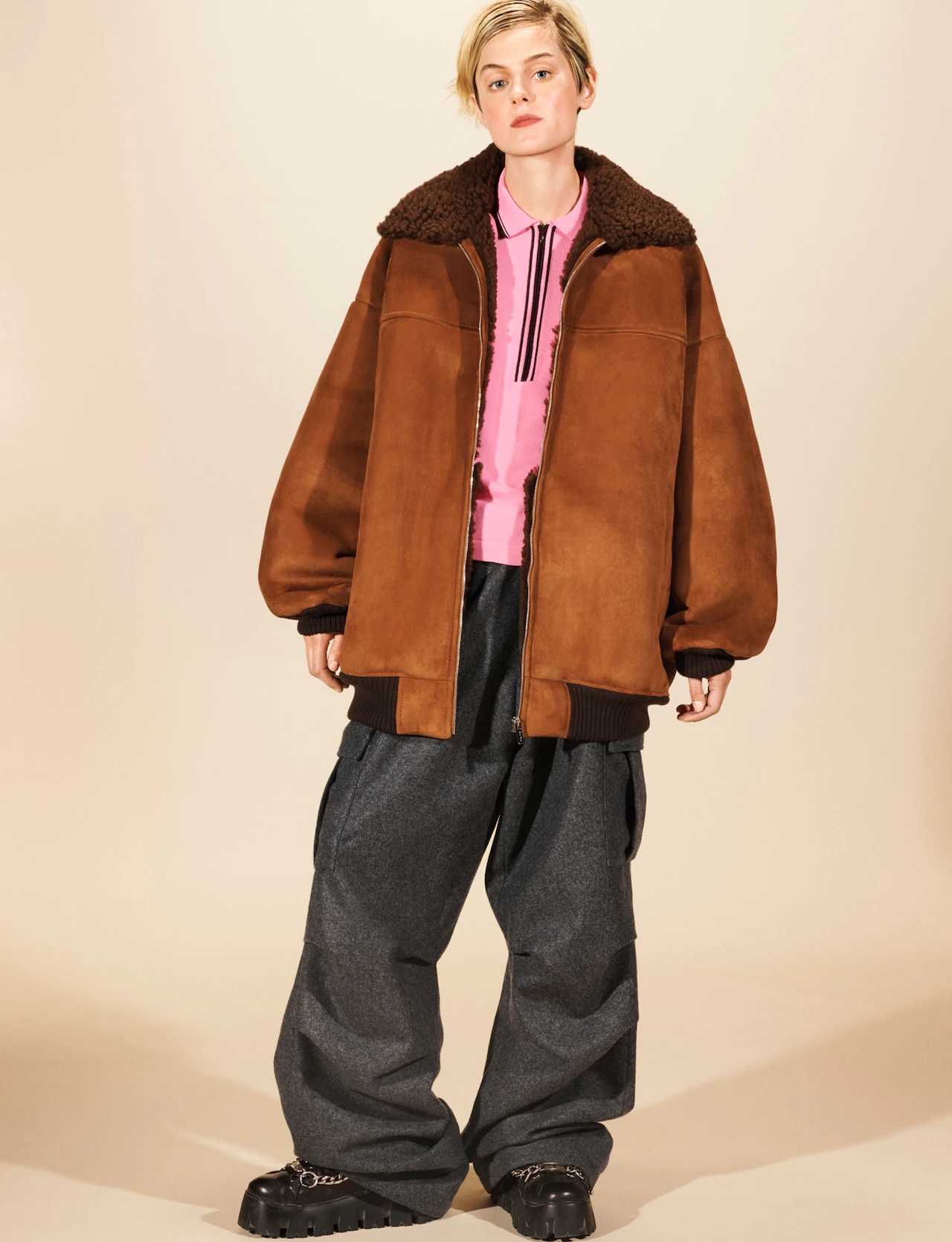 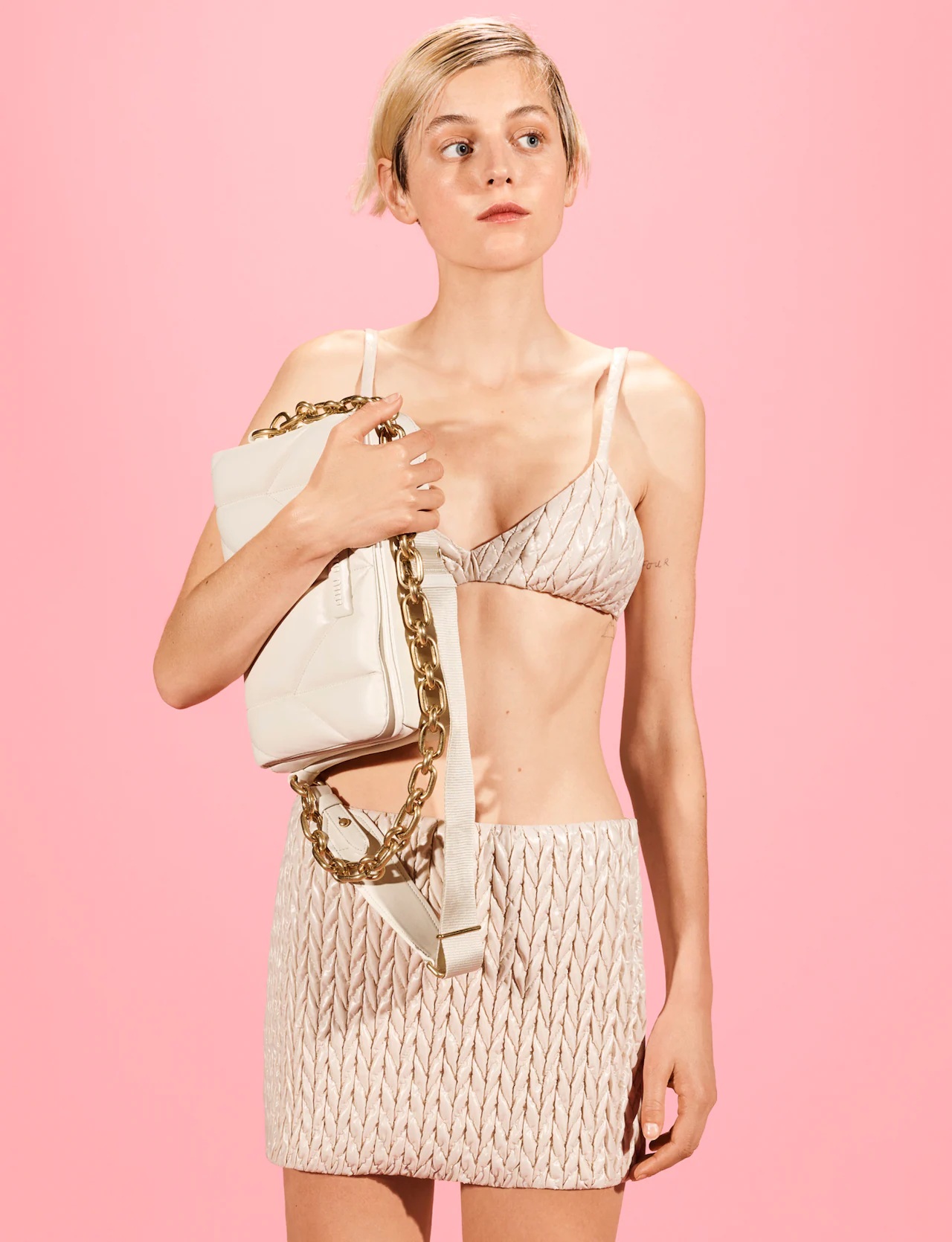 Inspired by the language of evening dressing, a vocabulary of scintillation - sequin embroidery, crystal strass, the lusters of satin and velvet - for its campaign, the Miu Miu Nuit collection by Miuccia Prada is captured...

A reaction to and reflection of reality, an economy, a freshness found in iterations of eternal, universal garments. The Spring/Summer 2022 Miu Miu collection by Miuccia Prada is an exercise in referencing and researching...

An voyage unto the high seas: Miu Miu Maritime collection

Exploration, excitement, a voyage to new territories. Miuccia Prada toys with all the characteristics of a nautical atmosphere to create a Miu Miu Maritime collection. The clothes are fresh, spirited, evocative of mariner...