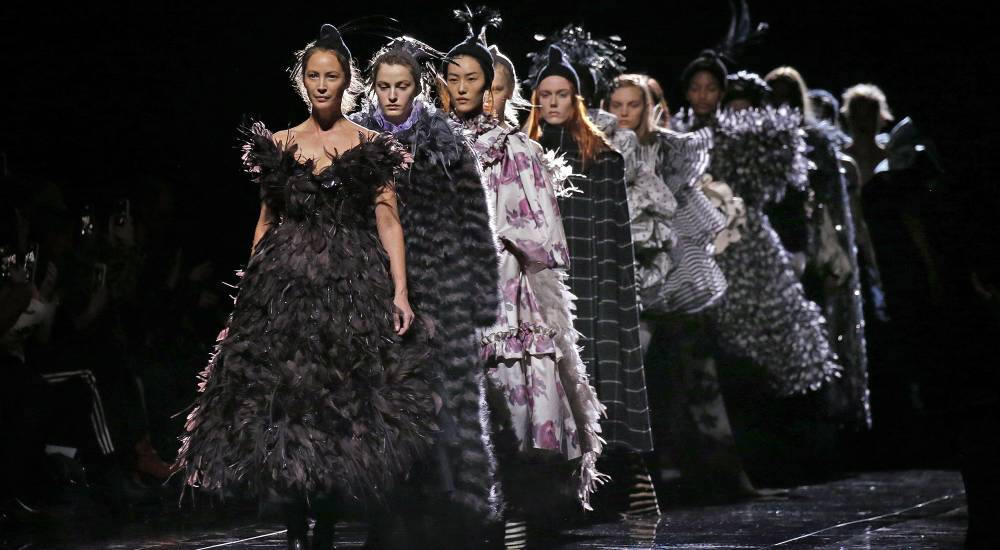 Marc Jacobs brought New York Fashion Week to an intimate close, presenting his women’s ready-to-wear collection for Fall-Winter 2019/2020 at the Park Avenue Armory. Referencing many of the designer’s past collections, the much-awaited show drew a host of VIPs – both among the attendees and on the runway. 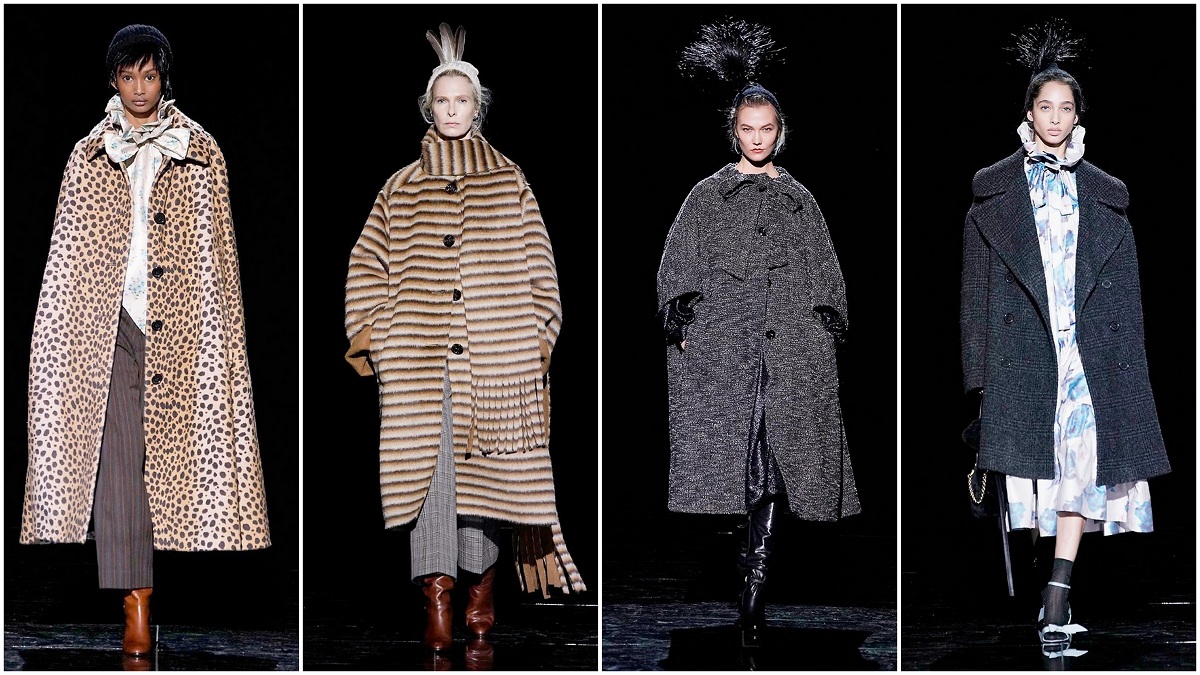 “It’s a smaller, collection, but everything is very, very considered. A lot of beauty and joy…but in our way,” Marc Jacobs commented about his Women’s Fall-Winter 2019/2020 show. 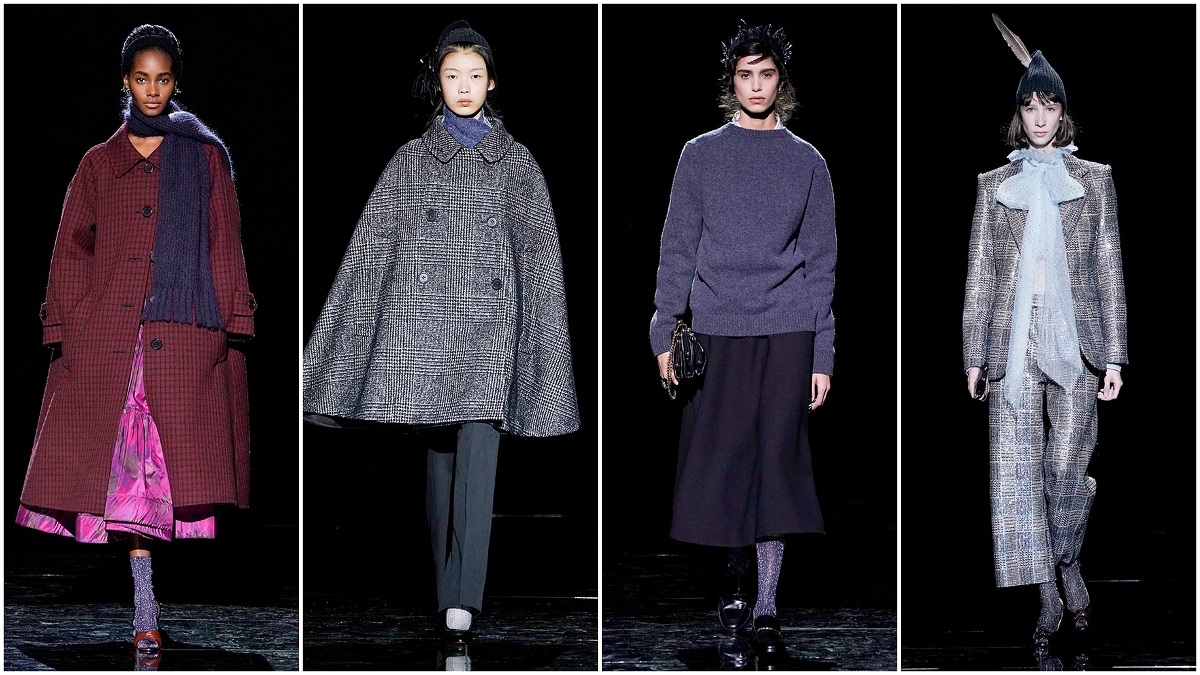 Marc Jacobs carefully considered each of the looks and tailored them to the individual models, who included Karlie Kloss, Gigi Hadid, Naomi Chin Wing and Kaia Gerber. Christy Turlington ended the show in a breathtaking black feathered dress sitting just off bare shoulders. The soundtrack was a live performance featuring the violins of the American Contemporary Music Ensemble (ACME). In a soft, subdued atmosphere, the spotlight focused on each of the looks as the models appeared solo, hypnotically illuminating the catwalk. 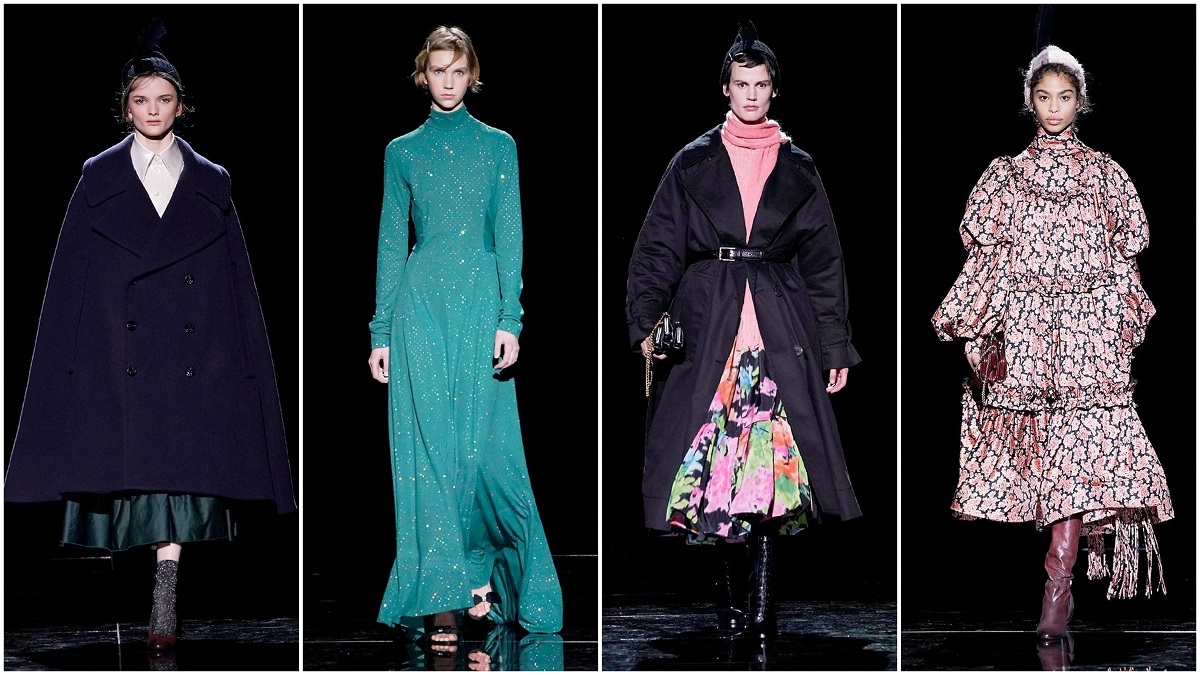 “This runway is the place for rarity and this idea of…Fashion,” Marc Jacobs added. Bordering on haute couture, the collection imparted a sense of magic, resonating with the designer’s earlier shows, with exaggerated volumes that accentuated the contours of the silhouettes. Coats, capes and airy dresses seemed to float around the models, while pearly and organza embroidery and millinery celebrated a wondrous attention to detail. Among the most stunning pieces were a yellow dress with a plunging neckline and a sequined glen plaid suit embellished with an outsize pussy bow. 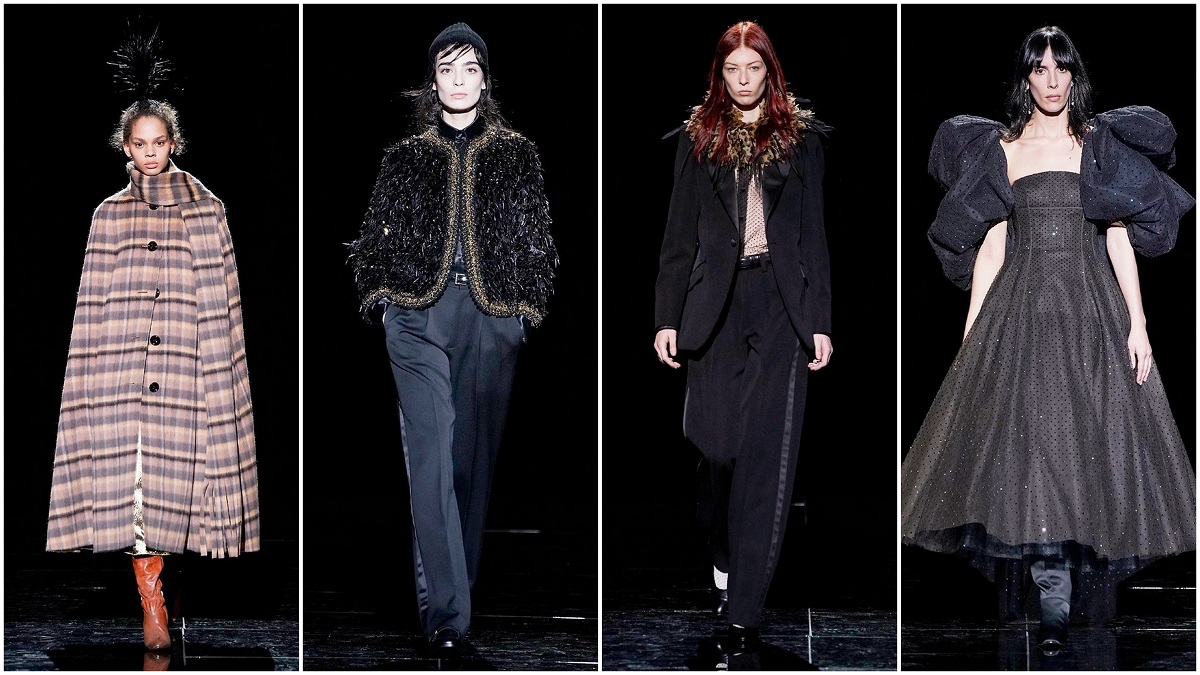 Summing up the show, Marc Jacobs said: “They’re all very beautiful but they’re all different. We have 40 girls and each one is slightly different…Our vision of who each of these women are.” 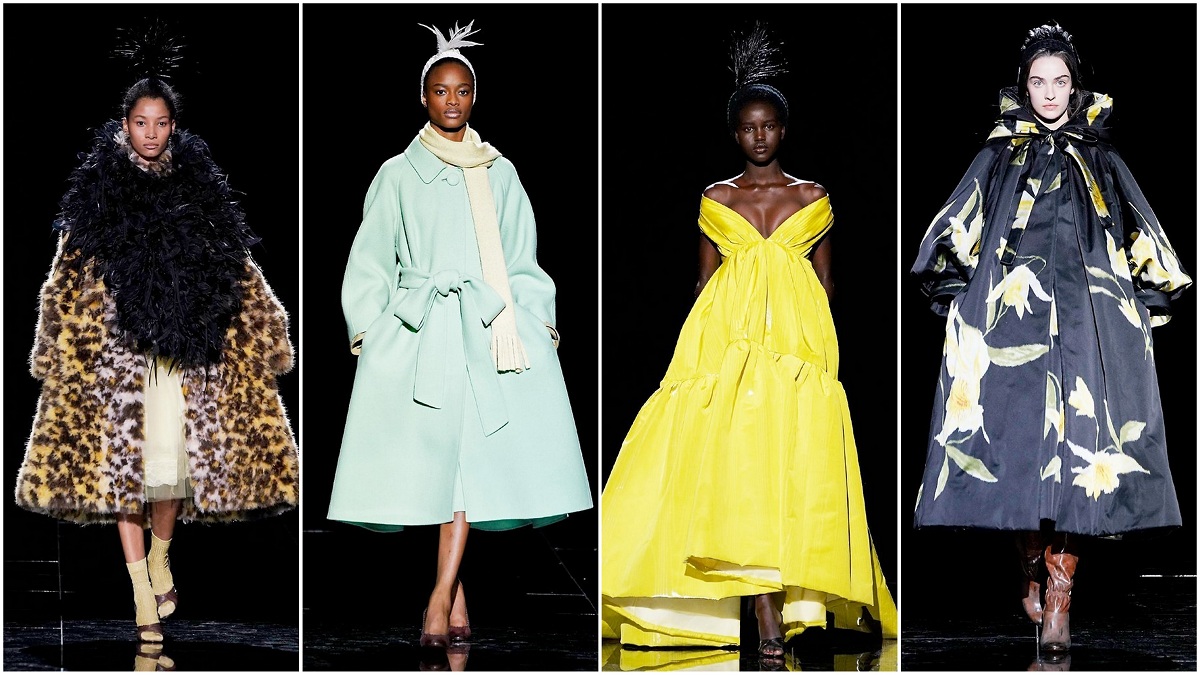 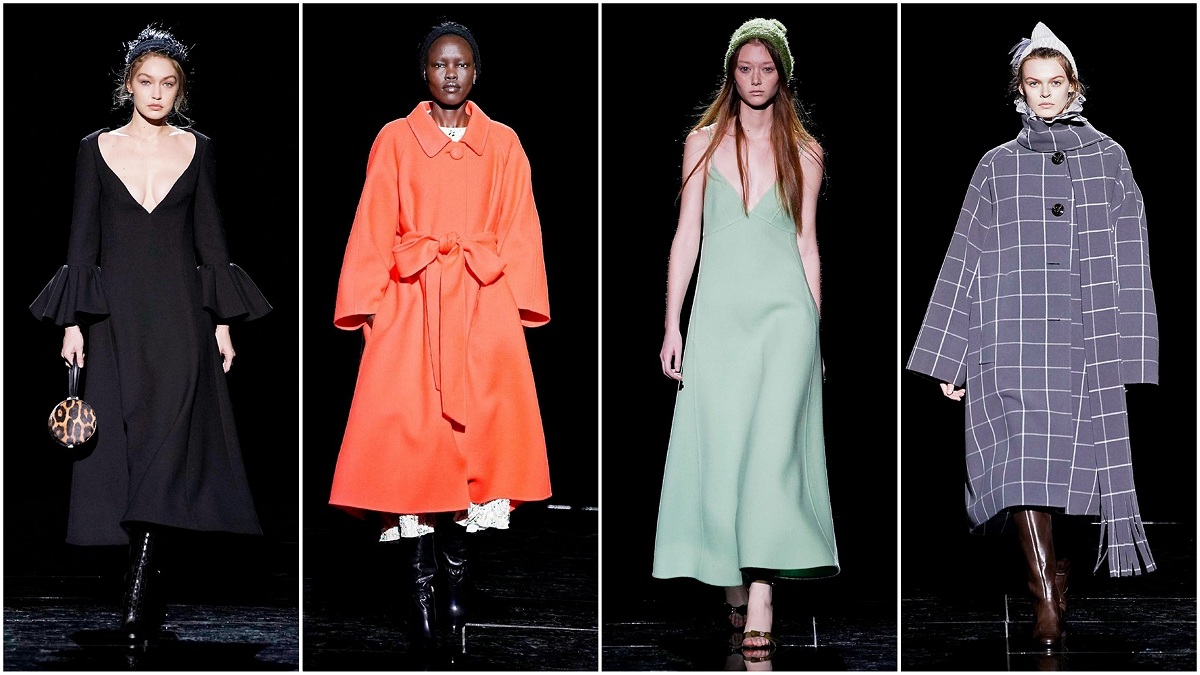 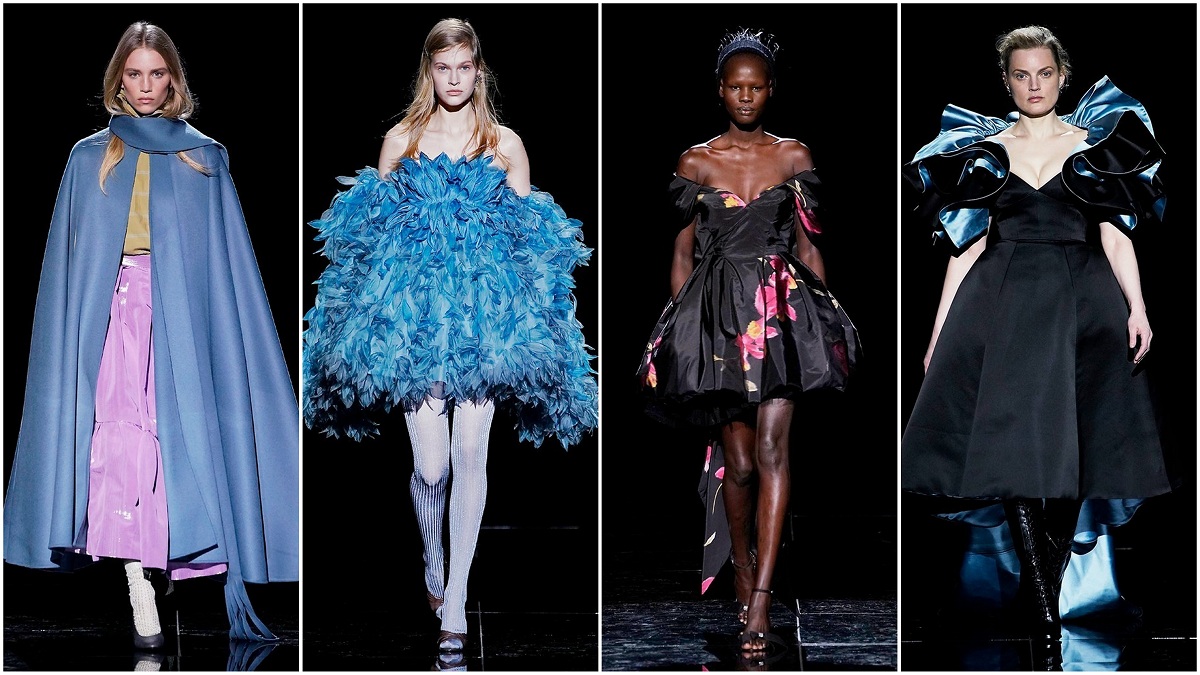 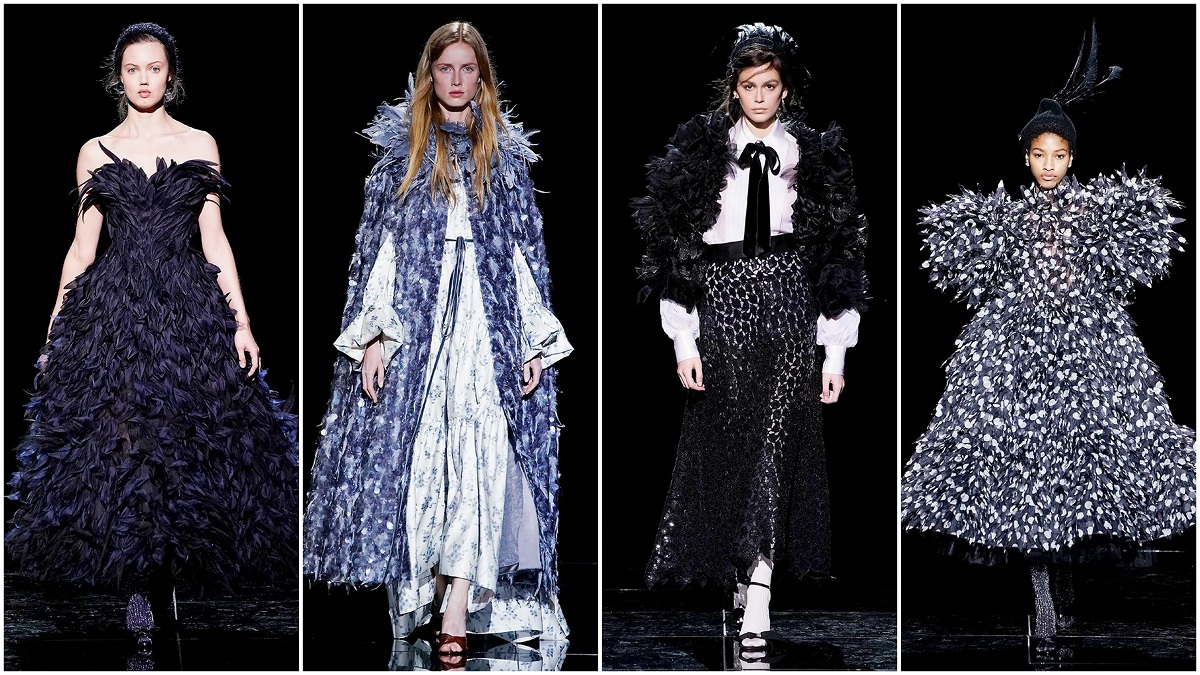 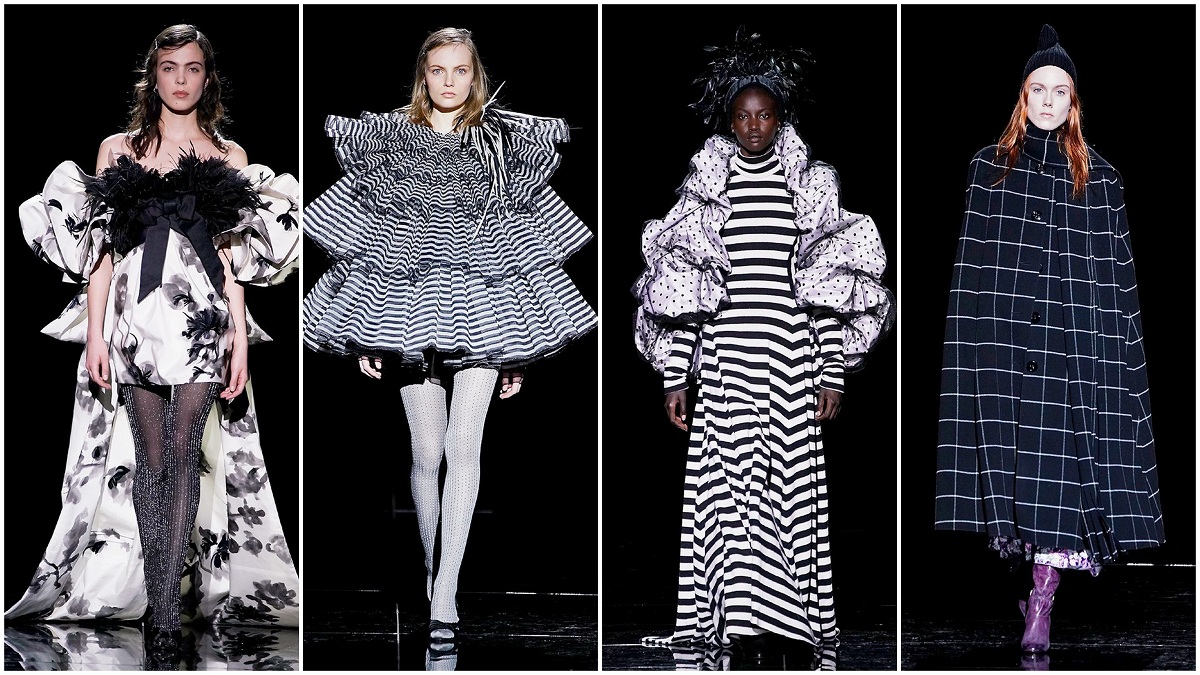 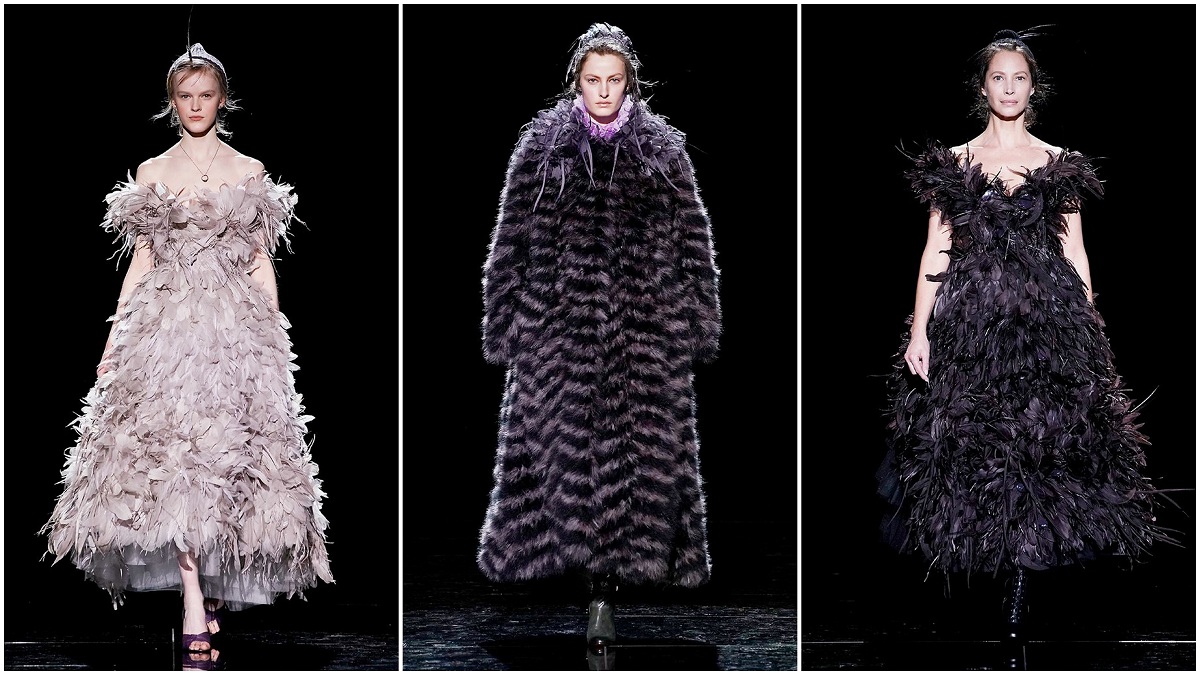 The new Versace Pre-Fall 2019 collection was recently presented in New York and once again Donatella drew the inspiration from the archives of the brand, reinterpreting some of the iconic pieces that her brother Gianni designed...