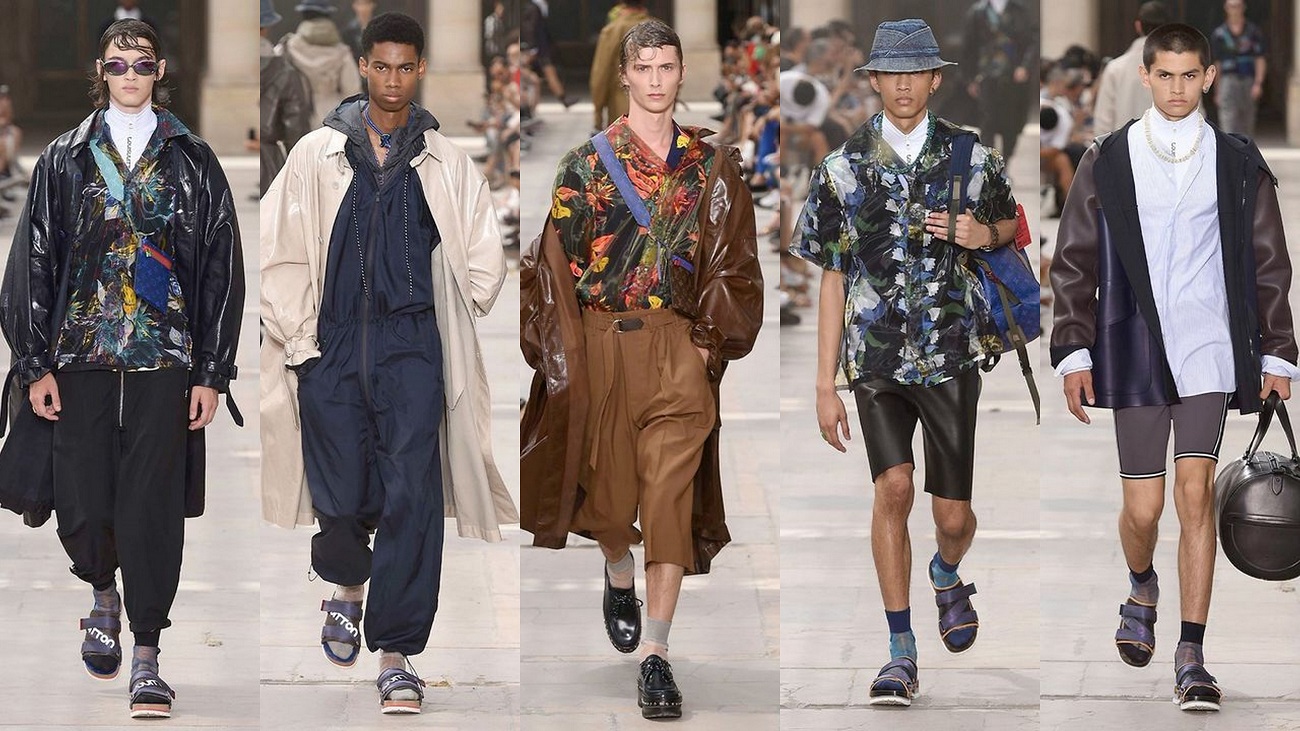 Kim Jones, Louis Vuitton’s menswear Creative Director, has been known for his adroit methodology of decimating a broad stroke into state of the art and with Spring 2018 Menswear collection he did it again. The collection titled “Archipelago” derived inspiration from the armchair traveler book by German author Judith Schalansky “50 Islands I have not visited and never will“. 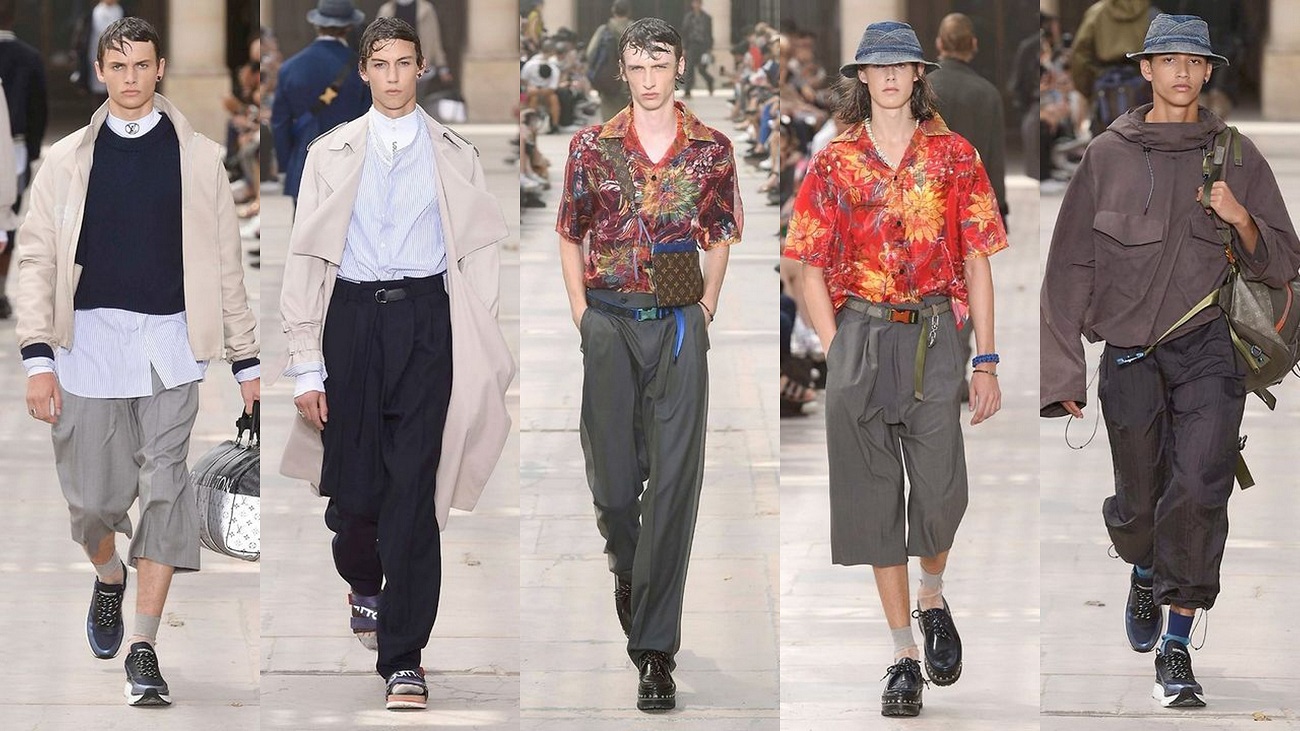 Schalansky‘s take on the worlds most evasive islands is extraordinary, it provides a powerful insight to some of the world’s most disconnected and remote places, but nevertheless beautiful: one of the islands mentioned, Peter 1 Island in Antarctica, had witnessed lesser footfall than Moon! Kim Jones, being an ardent traveler himself, confessed that he had been to most of them. With an inspiration this close to his heart, Kim was bound to make it reflect throughout his collection and that’s exactly what he achieved. Picking the best prints and turning them into beautiful fabrics, juxtaposing them with the most unimaginable pairing, for example shirts with scuba diving shorts etc. 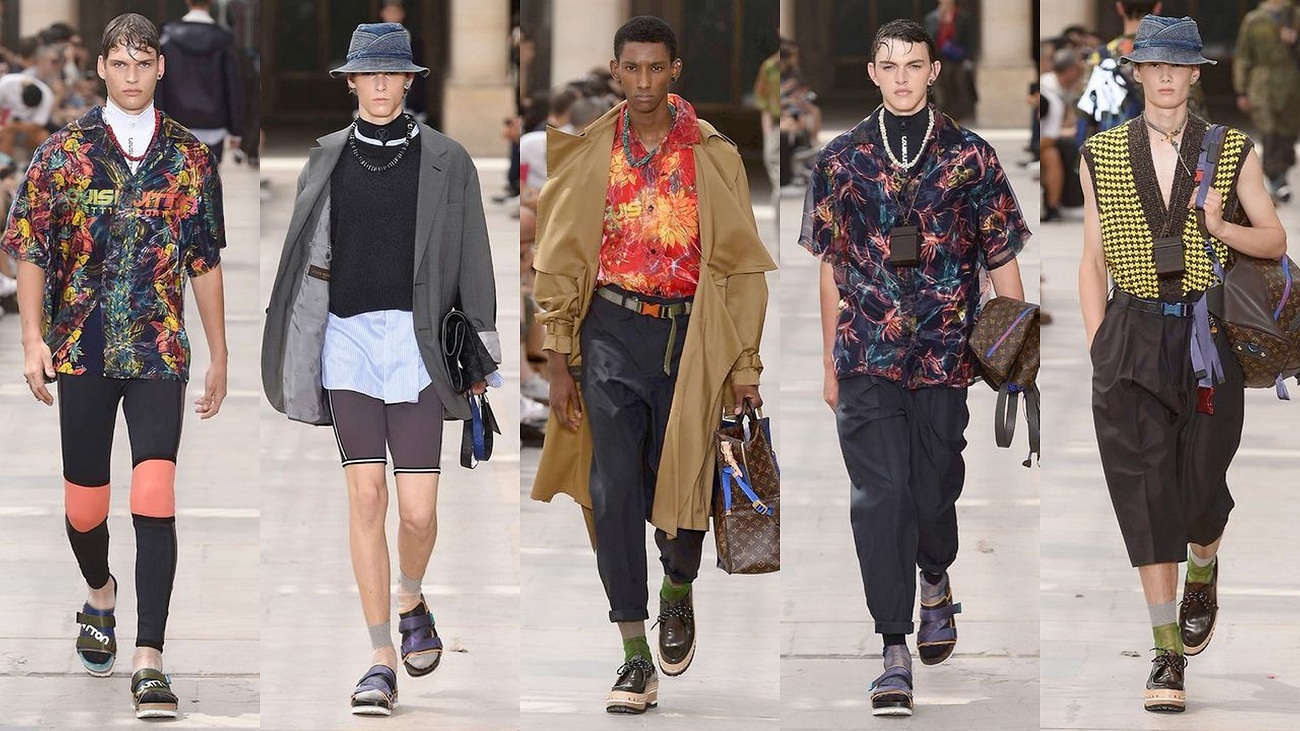 Louis Vuitton Menswear Spring 2018 collection opened on a hot Thursday afternoon, with 34 degree Celsius temperature and vigorous hand fan movement that gave the show an added relevance – in a way, Paris itself camouflaged into an island. Stage was set at the stately Domaine National Royal Du Palais, Paris, a state of the art building which screened entrance stands opposite to the Louvre and was concoct for Louis Vuitton by placing a transparent marquee in the premises. The collection was presented in front of the keen eyes of: Naomi Campbell, rapper Tyga and newly appointed British Vogue editor Edward Enninful, designers Virgil Abloh and Stefano Pilati. Walking amidst the almost psychedelic movement of fans, with Drake soundtrack playing in the background, the models came first in Cycling shorts worn with poplin shirts and hitherto began the influx of an unimaginable pairing. 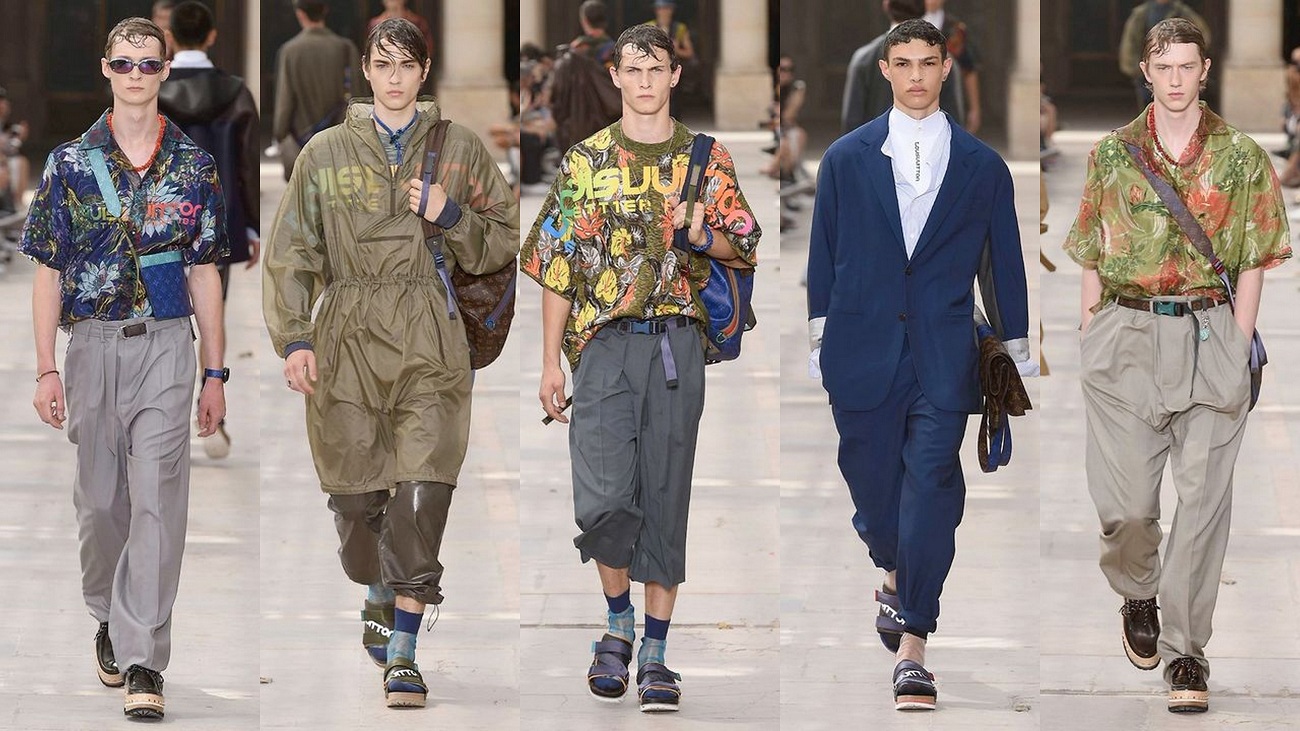 With this collection Louis Vuitton ventured to an almost uncharted territory of sporty look. Jones kept the tailoring simple but ensured that the sports wear gets more refined by giving it a fitted makeover. 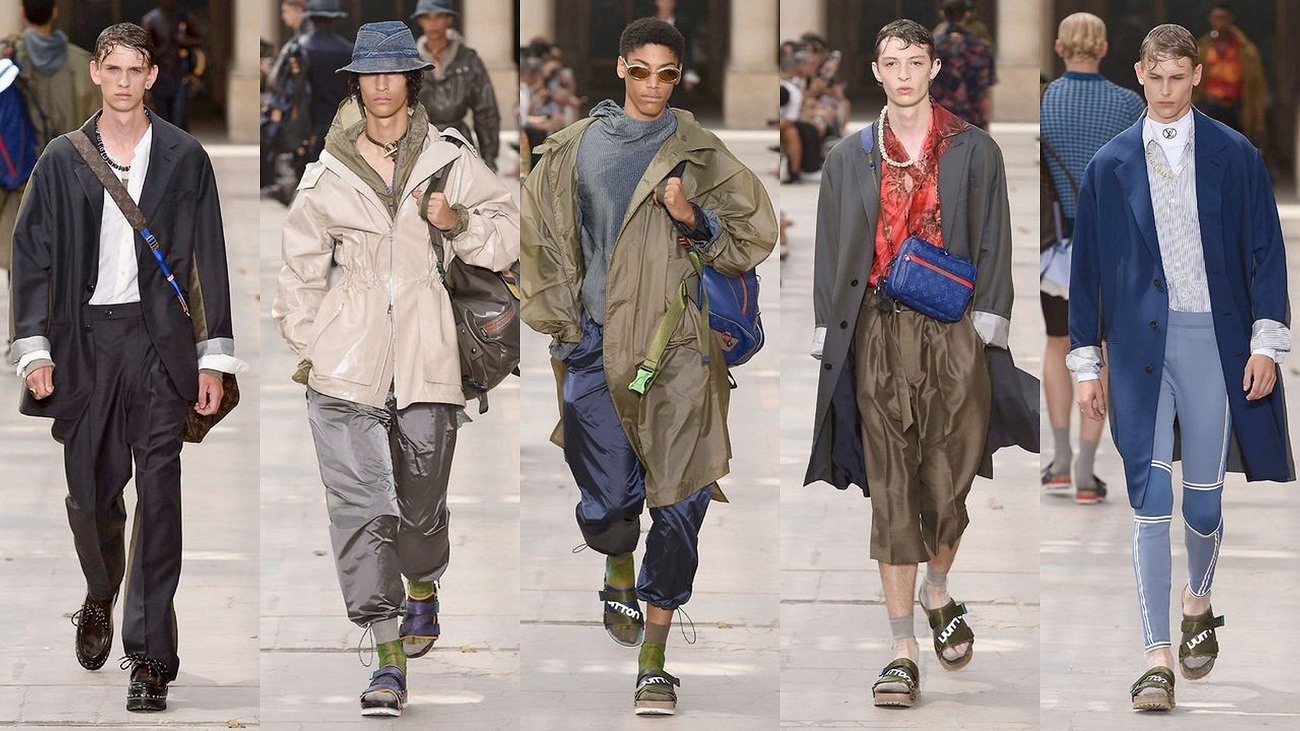 Jones reinvented Mohair jackets by mixing two halves of different fabrics to make a one. Collection went conservative on its choice of colors for the bottoms, as the pants and shorts picked earthy colors in contrast to the more liberal and flamboyant choice for shirts. Aloha shirts were further dramatized by veneering as an ode to Kim‘s travel diary. Designer kept the technical aspect rather simple albeit stupendous and played with the fabric more, bringing resonance to the theme: rubberized tape used to seal surfer appeal and paper fine leather was used to give plastic illusion. 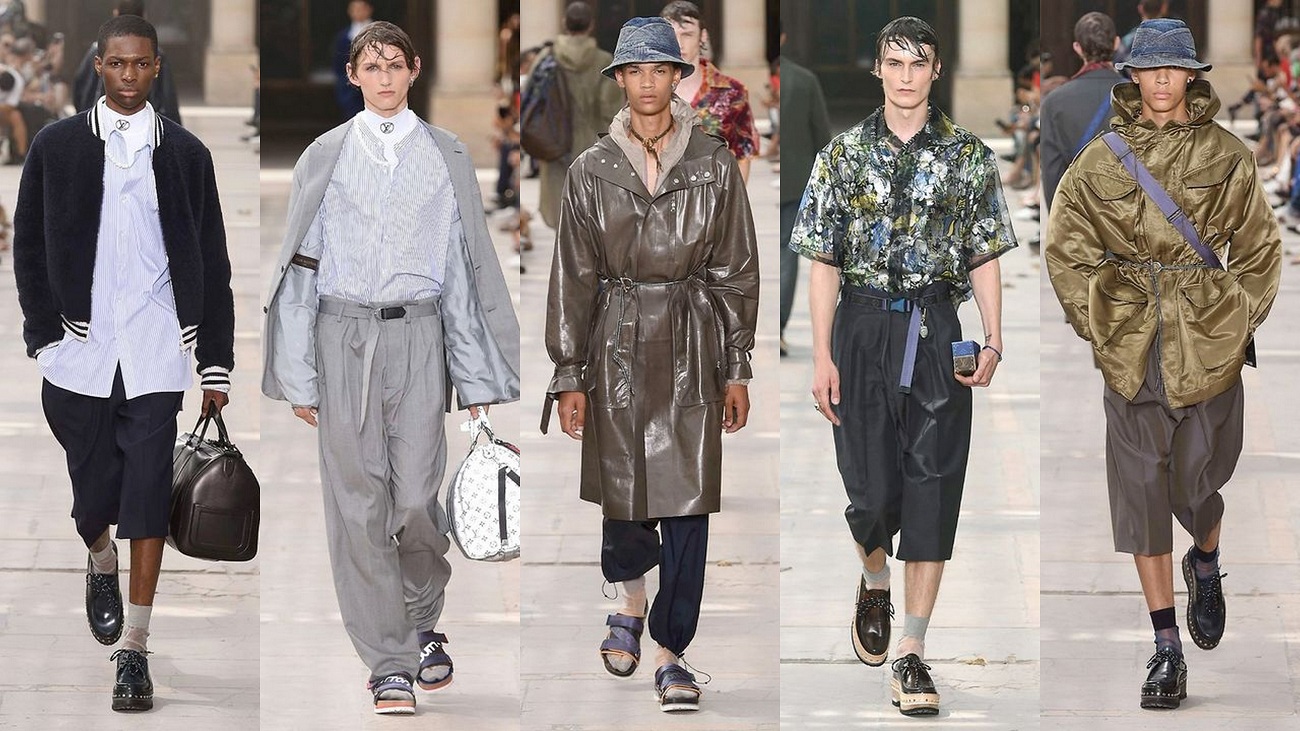 There was an influx of accessories which saw it’s opening through bum bags and travel bags with LV leitmotif. Chunky sandals and technical clogs completed the tropical vacation look beyond perfection. 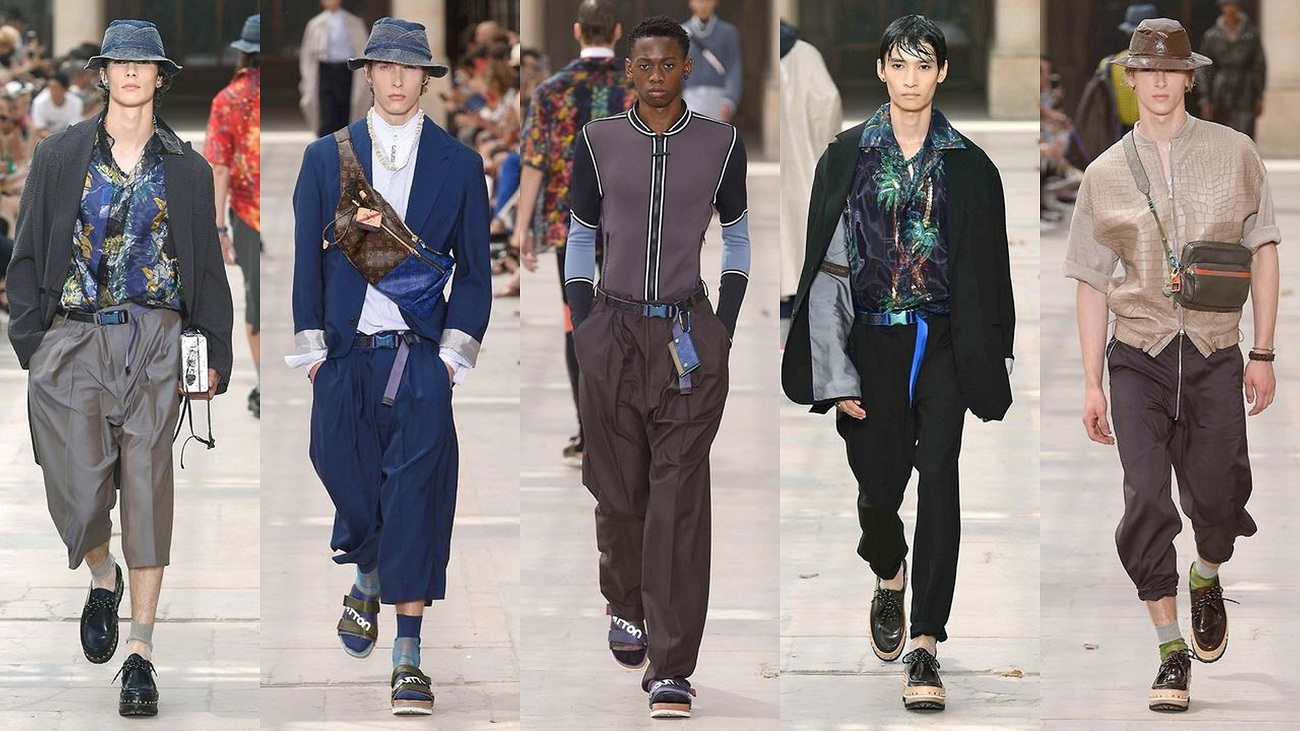 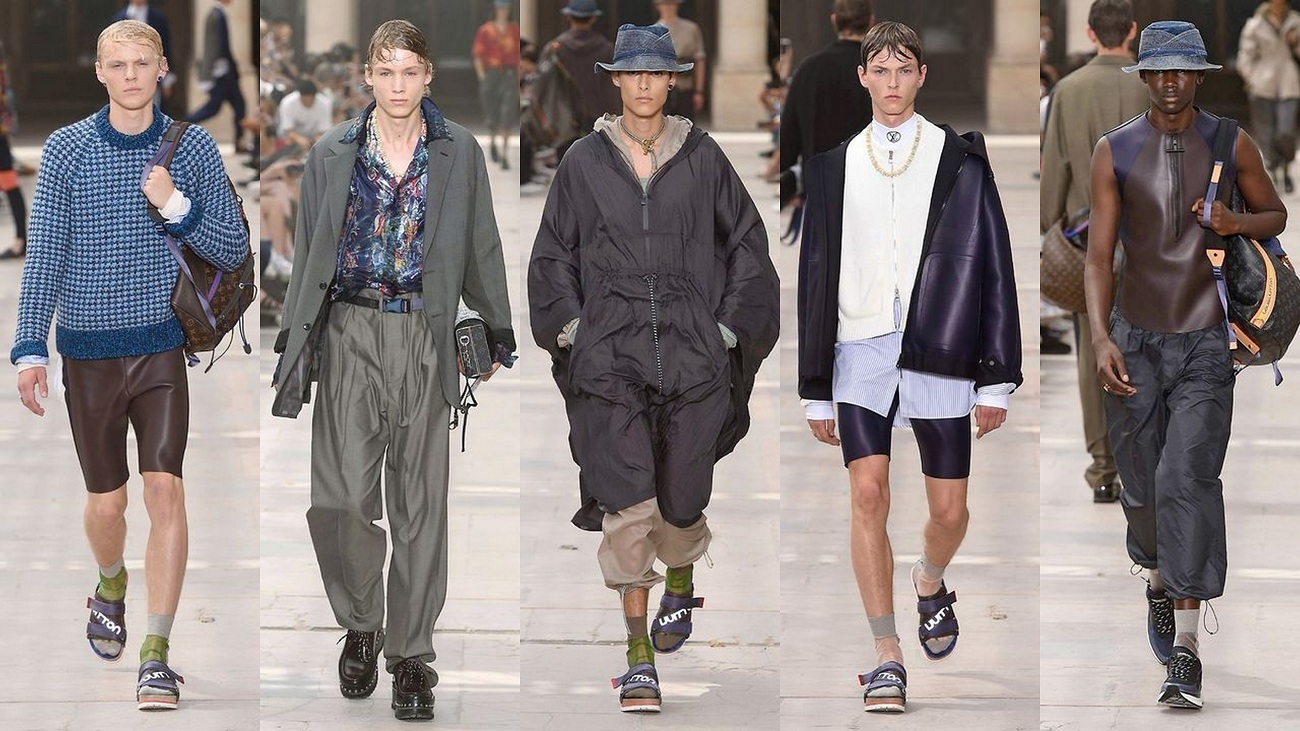 The prodigy of Central St Martins, Kim Jones fervently believes in infusing streetwear into luxury and he established that through each and every piece which were as wearable as exclusive.

Following the recent departure of Alexandra Shulman, it is announced today that Edward Enninful, former editor of W Magazine, will succeed her as a new Editor-in-Chief of Vogue UK. "I am pleased to announce the appointment...