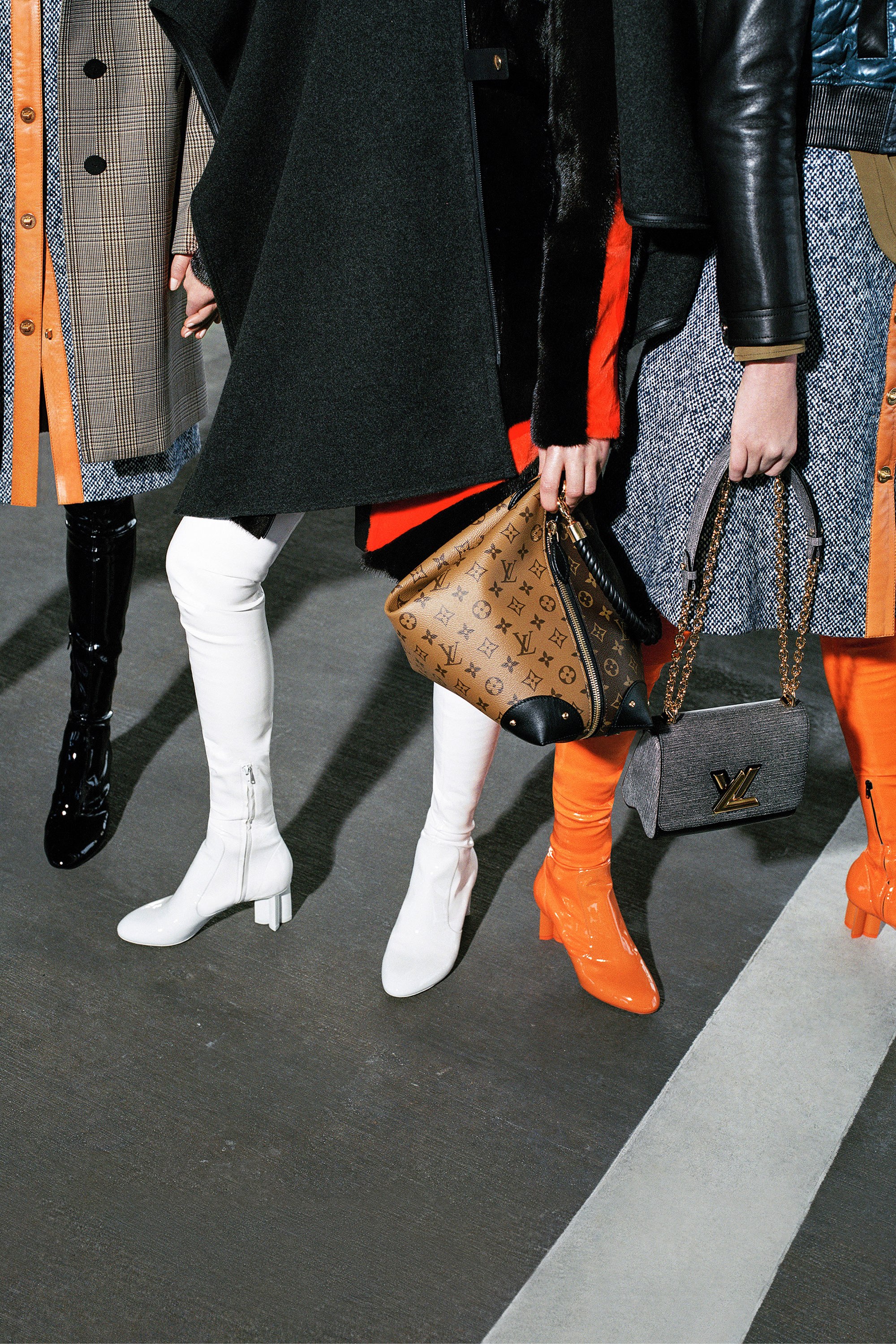 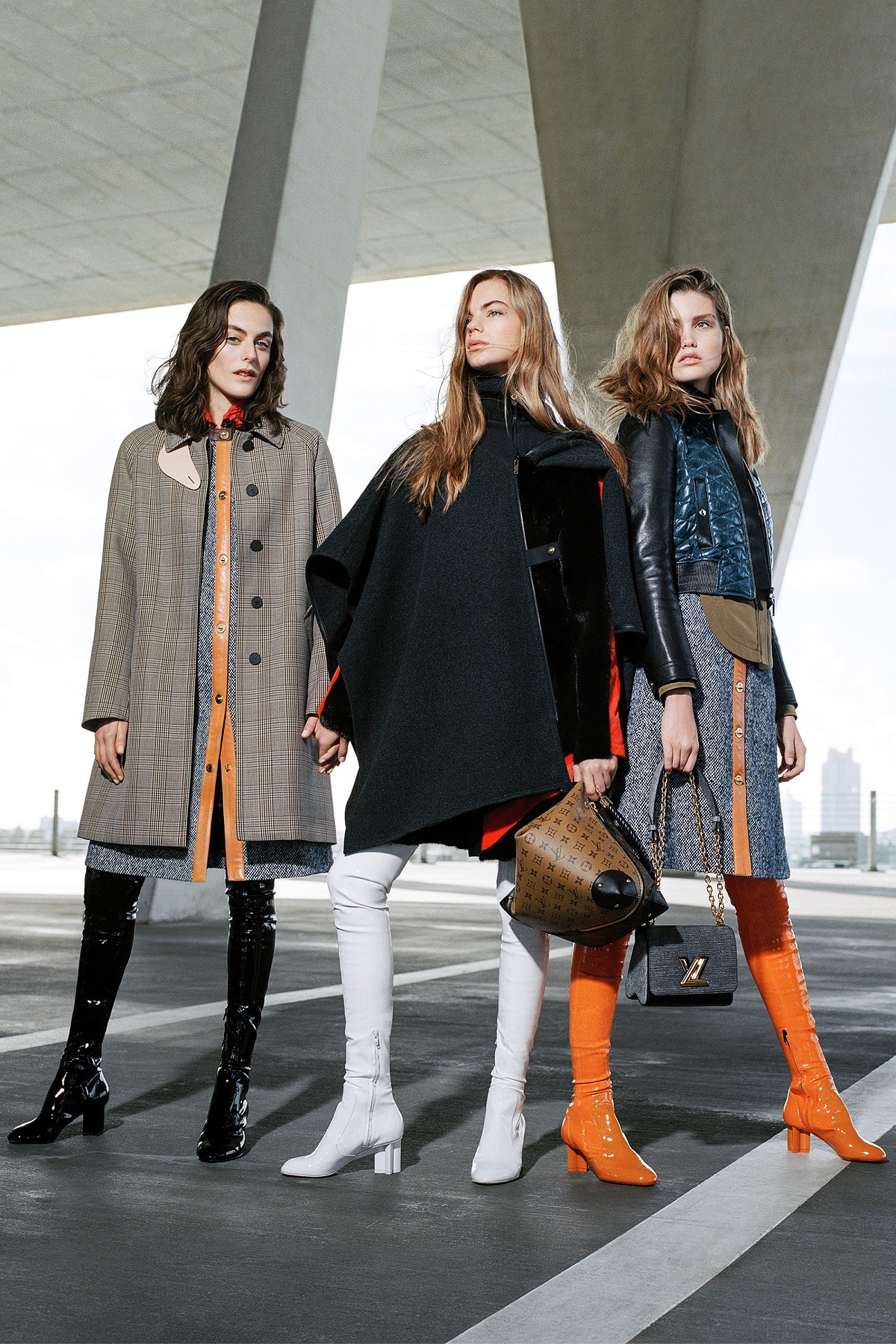 While we are still on the fence regarding the touted trend of “Orange is the new black” Louis Vuitton brings it to the forefront and makes it all a reality! Vibrant orange “shape of you” art heeled boots provide an antidote to the “status quo“ patent black boots. 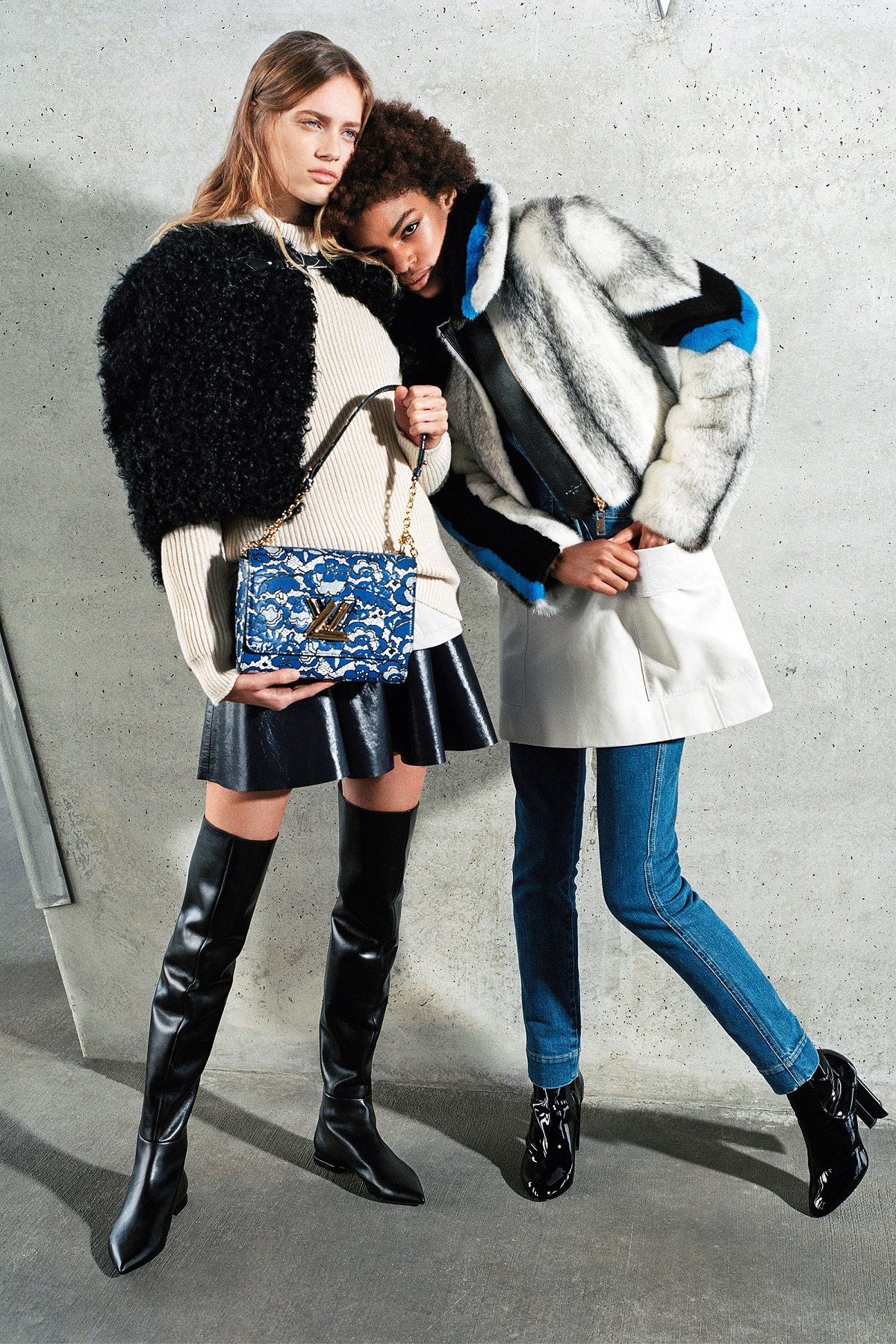 Nicolas Ghesquière, after being at the helm of Louis Vuitton for over 3 years, has already proved to be essential for the brand and with this year’s Pre-Fall collection he reinstated that. A kaleidoscope of futuristic fashion with reminiscence of the past, Nicolas’s designs are an homage to France in the ’60s and the beginning of the ’70s, when art and fashion were in its most buoyant form. 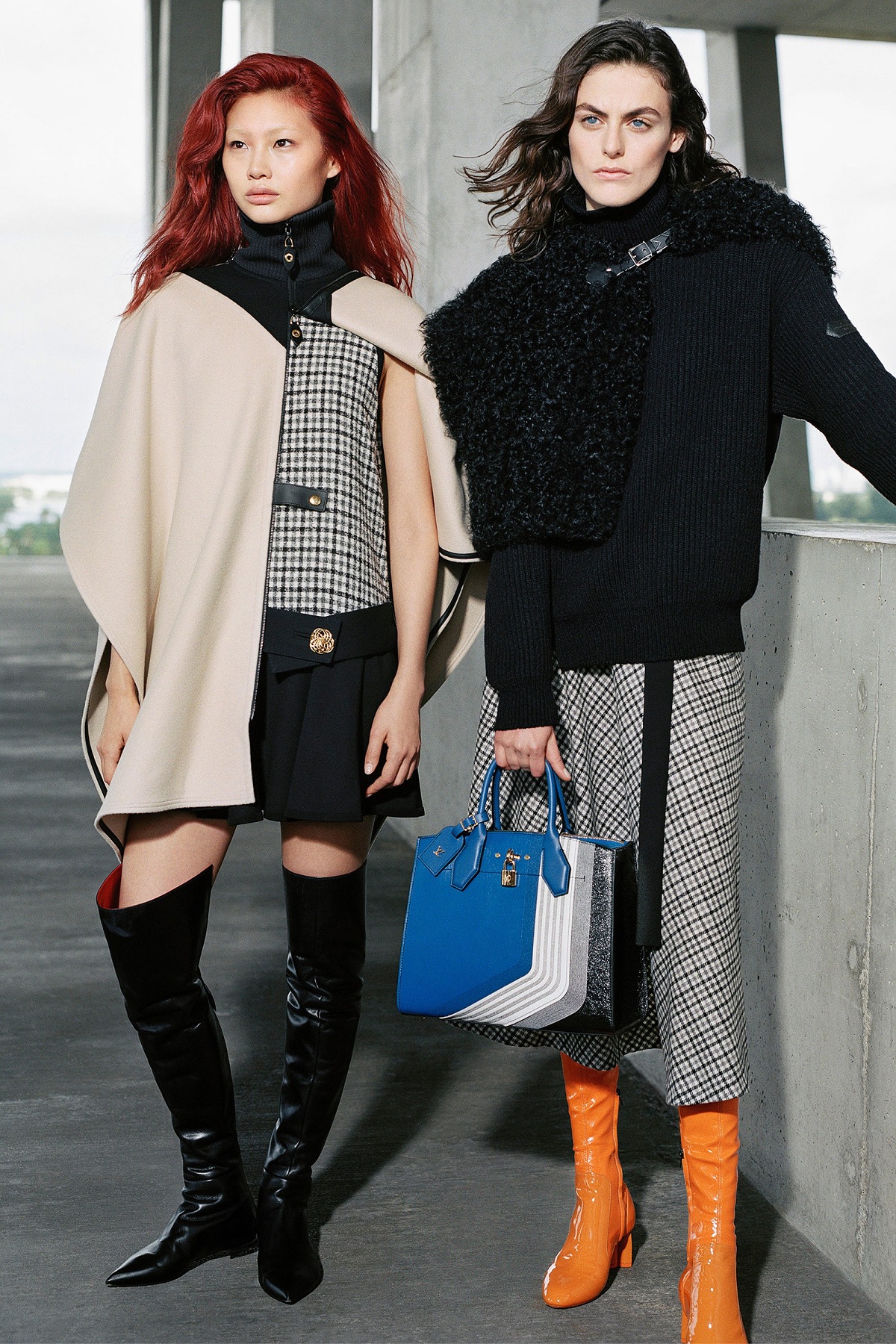 Models strode out the parking lot in the Louis Vuitton classics, grey coat with chevron stripes that gave it a sporty transformation, while collarless denim jacket with beguiling “V“ motif encrusted on the seams, A-Line skirts, black leather kilt, capes and peplum skirts exuded elegance. The knee high boots that carried monogram flowers on the heels were a display of vast erudition and futuristic fantasy being realized. 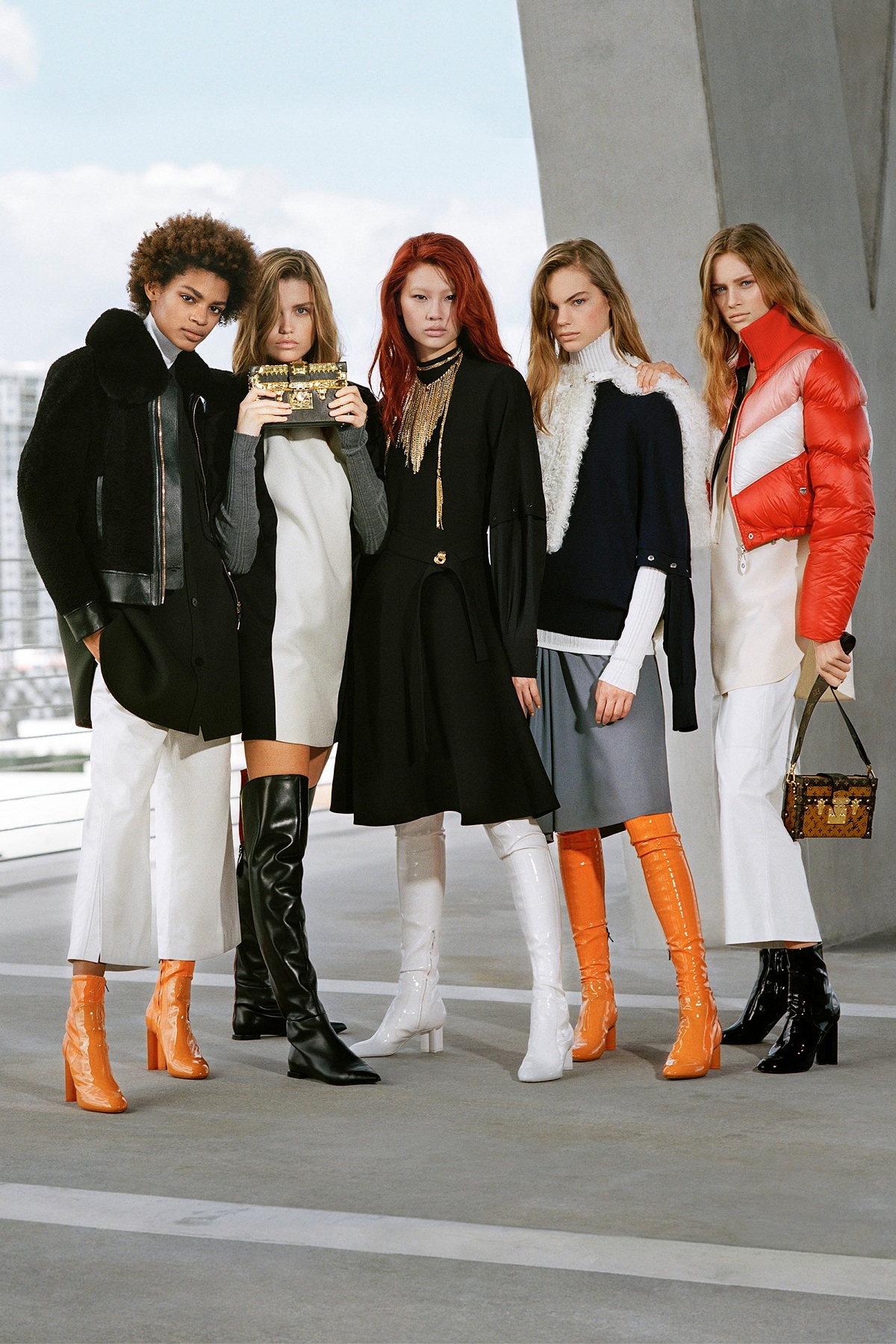 Nicolas is prudent and, need we say, safe with his sartorial choice but it’s the futuristic boots that take you to a vantage point and makes the whole collection chic and so desirable.