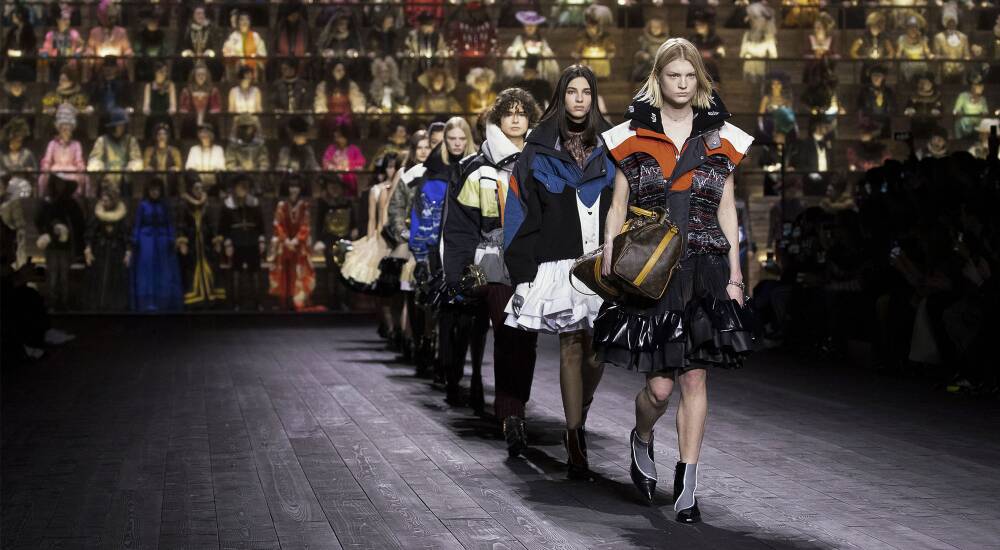 For the Louis Vuitton Fall/Winter 2020-2021 collection, Nicolas Ghesquière, the Maison’s Artistic Director for Womenswear, confronted the innumerable eras that have nourished fashion over the centuries with contemporary freedoms to pair, dare and look at history with playful subversion. 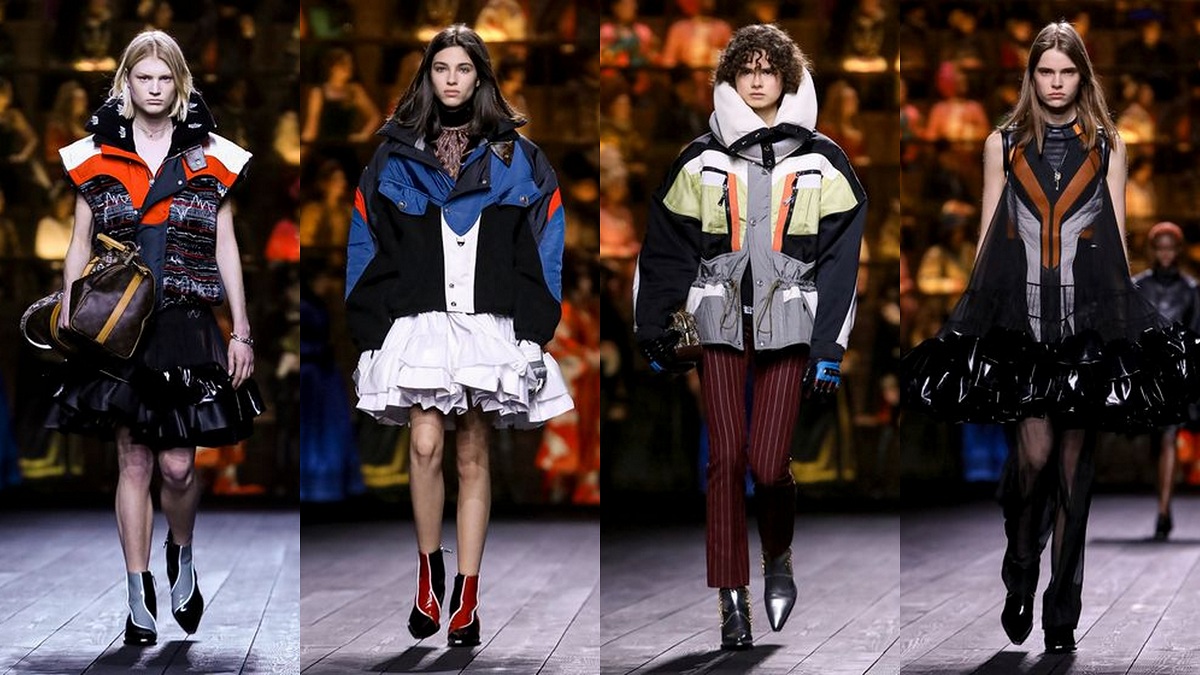 A biker jacket is worn over an old-fashioned pleated dress, while a flamboyant matador jacket is paired with ultra-modern pants. The show welcomed anachronism as an attitude, proposing agility and total freedom with respect to a wardrobe. In the clash of styles and eras conventions disappear and individual personality takes precedence. 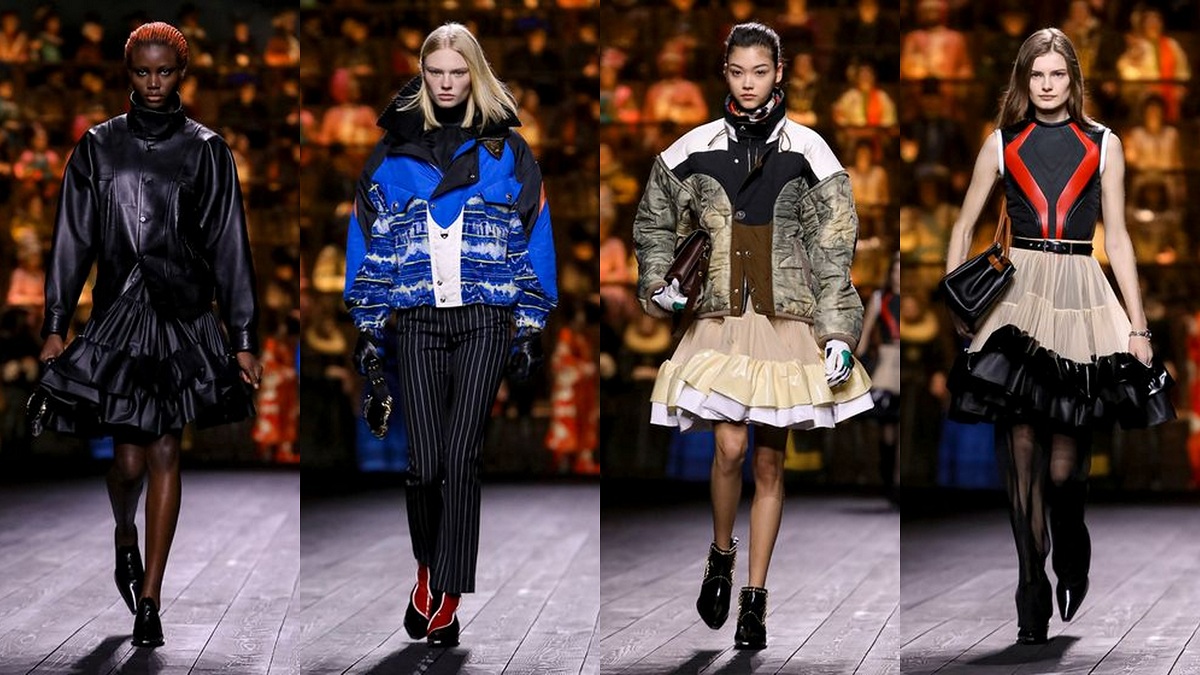 The models walked the runway under the gaze of 200 characters dressed in outfits from the 15th century to the 1950s. Their garb was the work of costume designer Milena Canonero, known for her work in Stanley Kubrick films A Clockwork Orange, Barry Lyndon and The Shining. 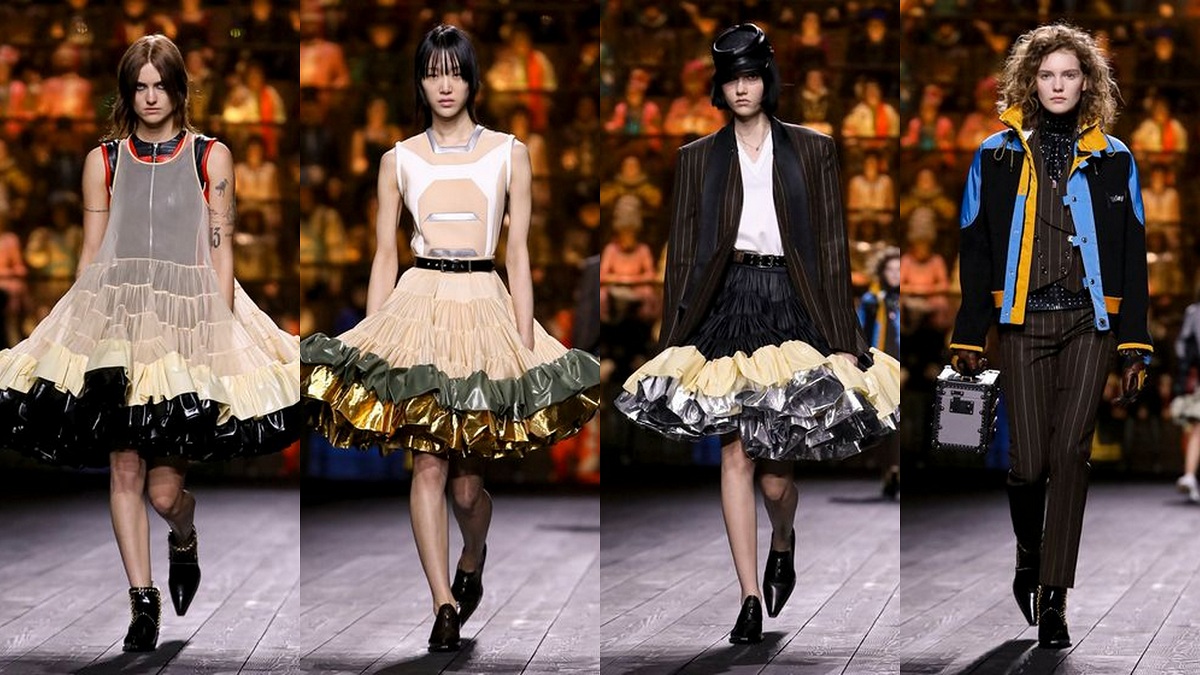 Composed by Woodkid and Bryce Dessner, the music for the show was also a hybridization of eras. The piece, entitled Three Hundred and Twenty, references movements in a baroque composition written 320 years apart. A further illustration of the affinity between the contemporary Louis Vuitton wardrobe created by Nicolas Ghesquière and the heritage of the Maison. 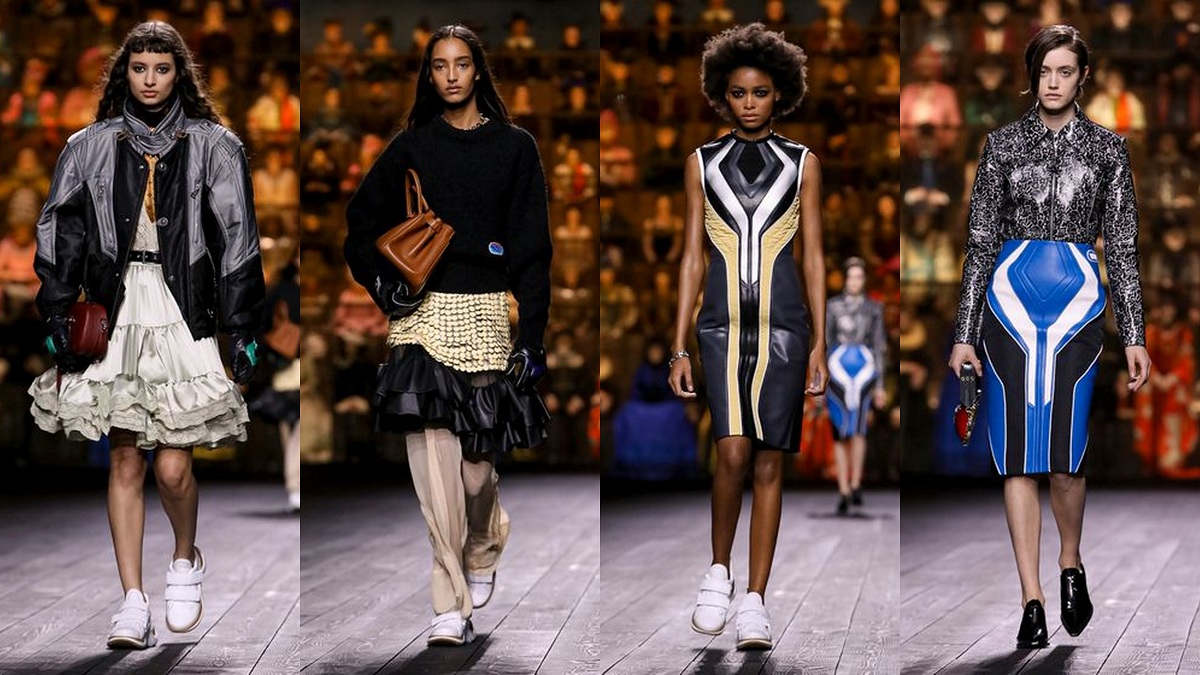 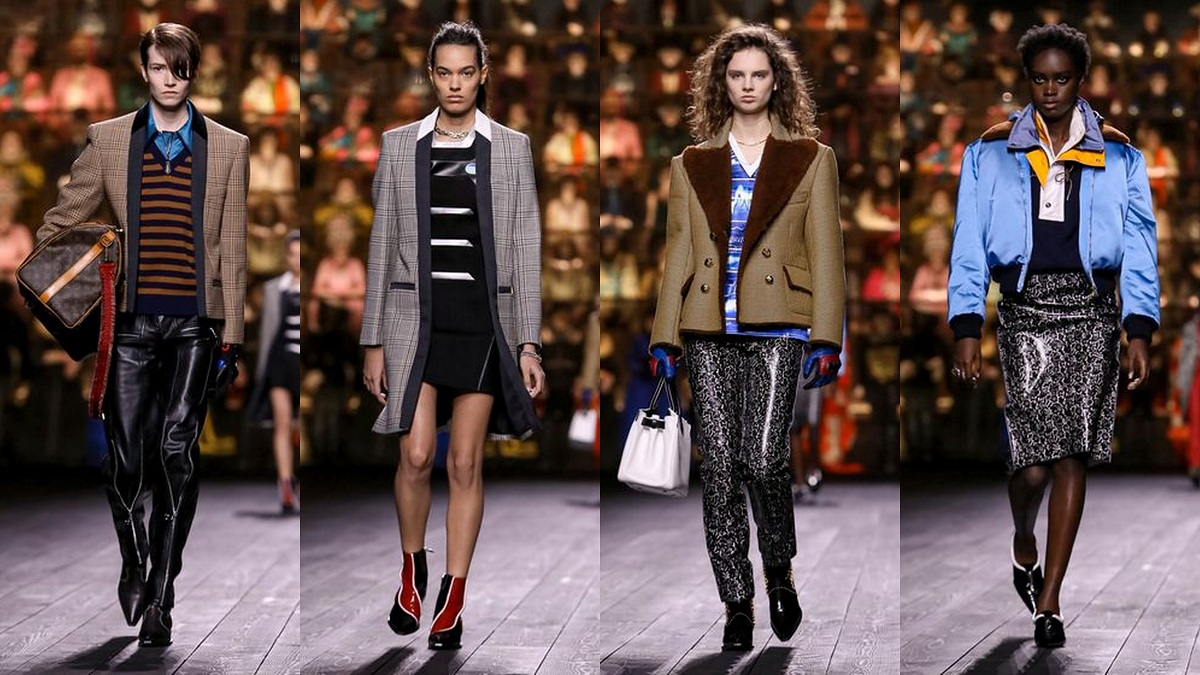 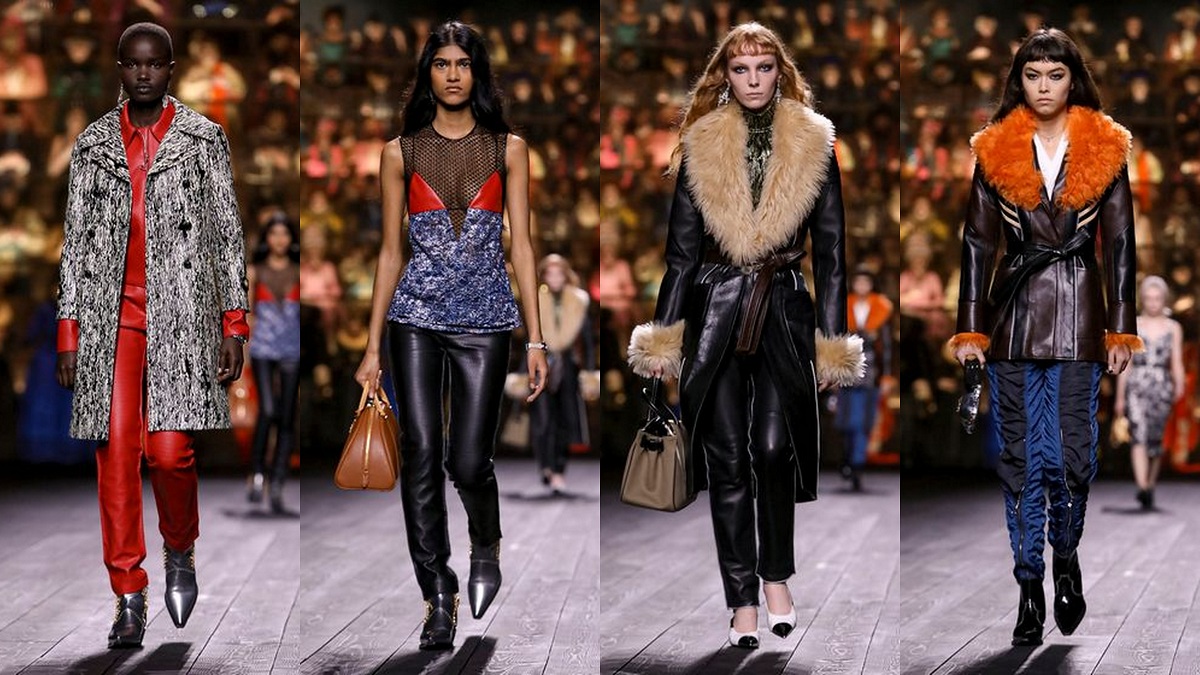 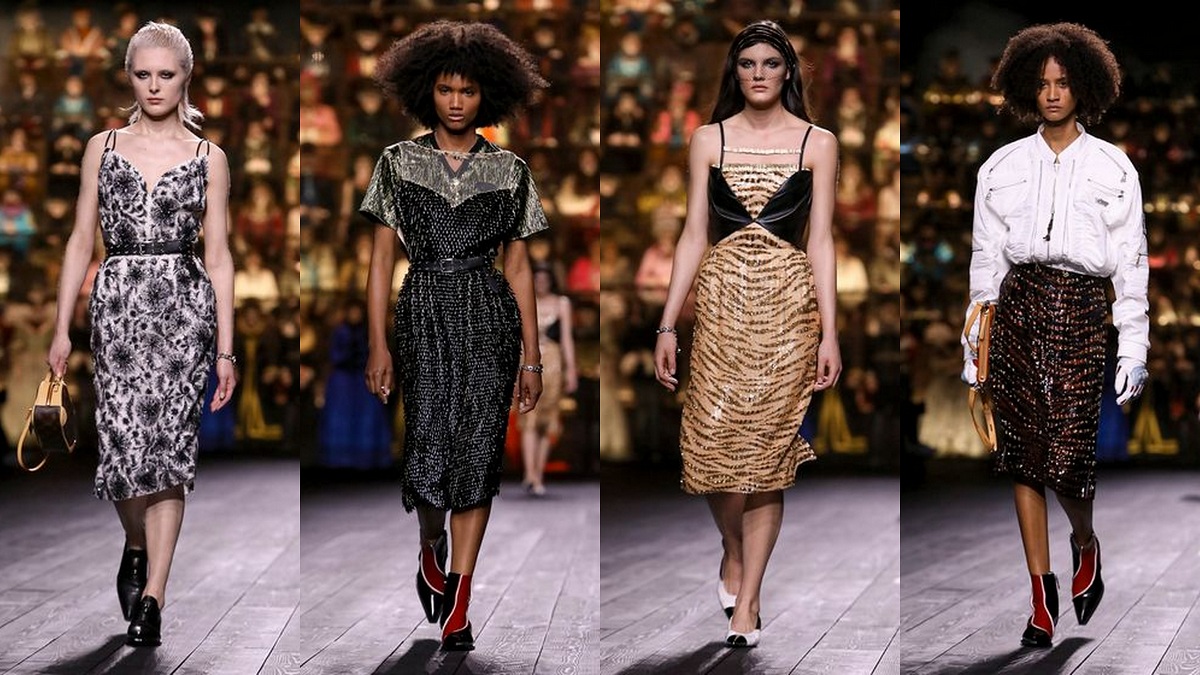 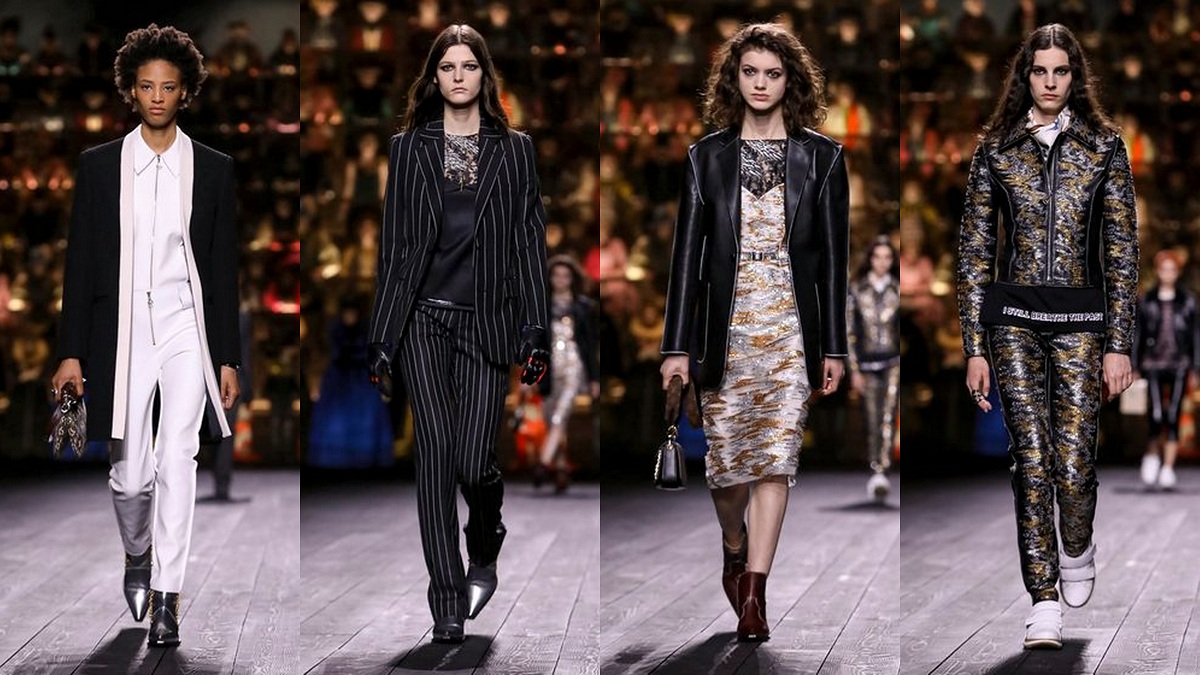 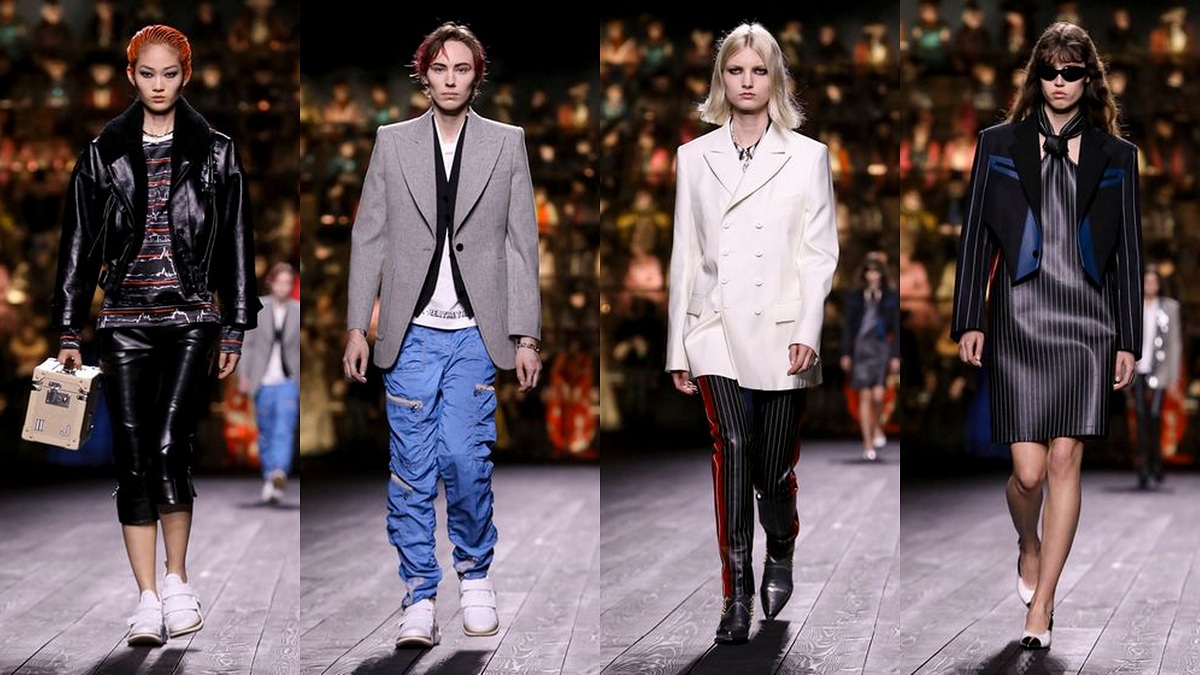 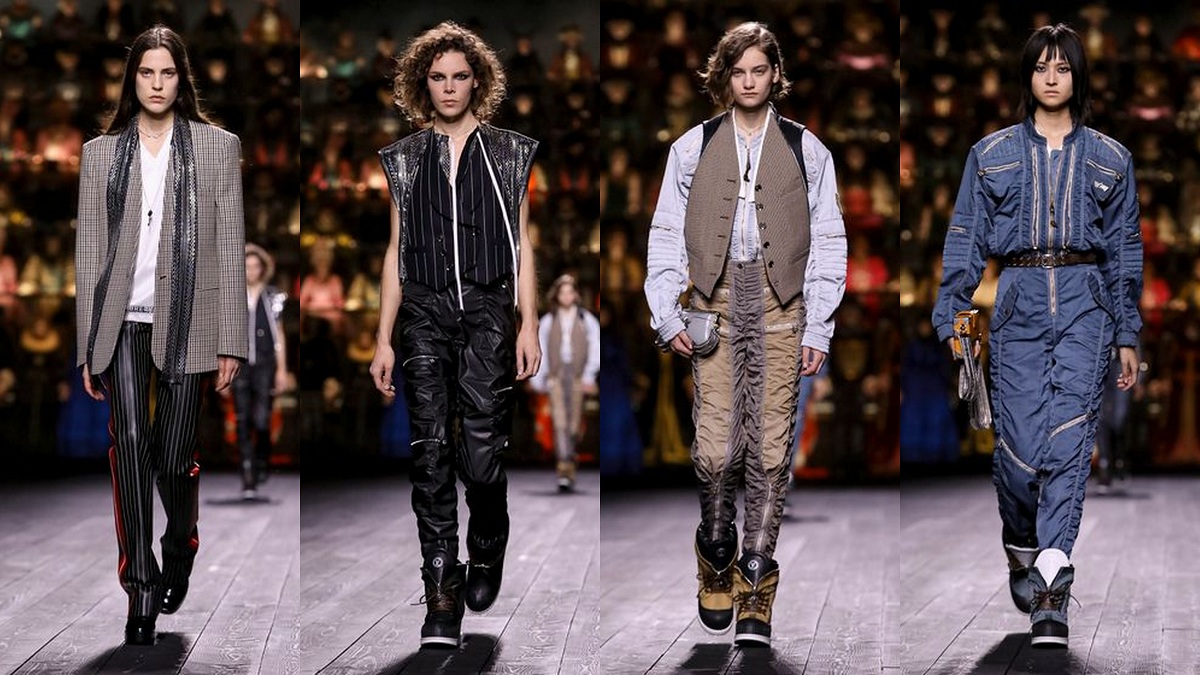 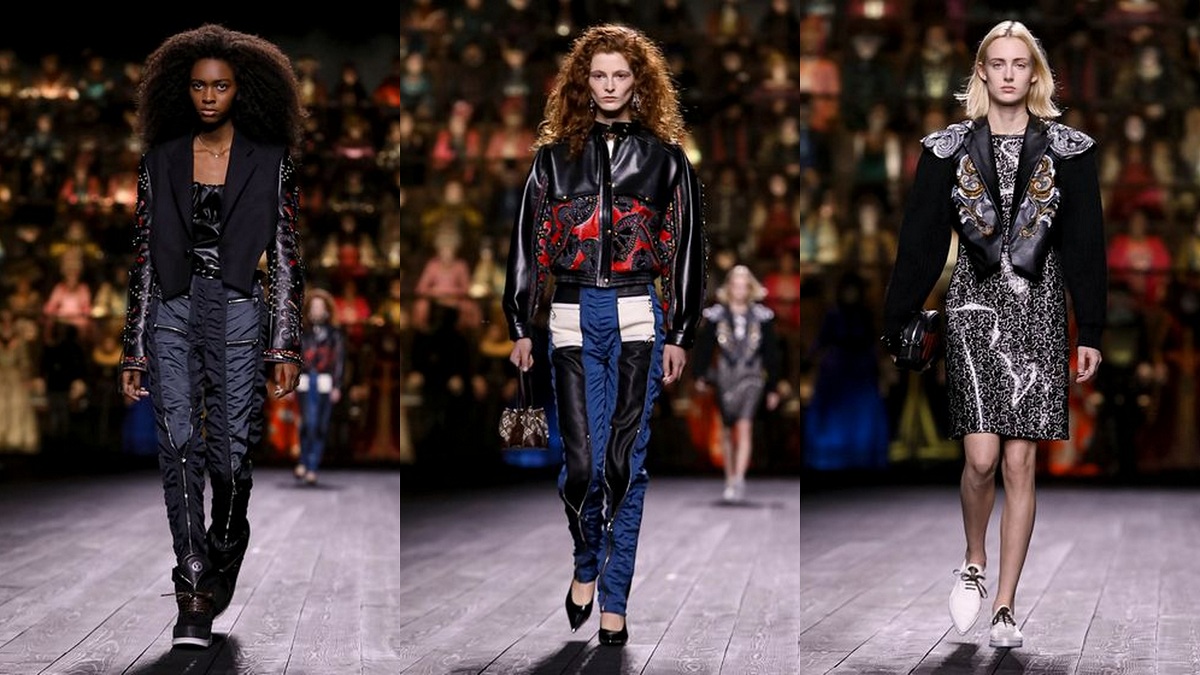 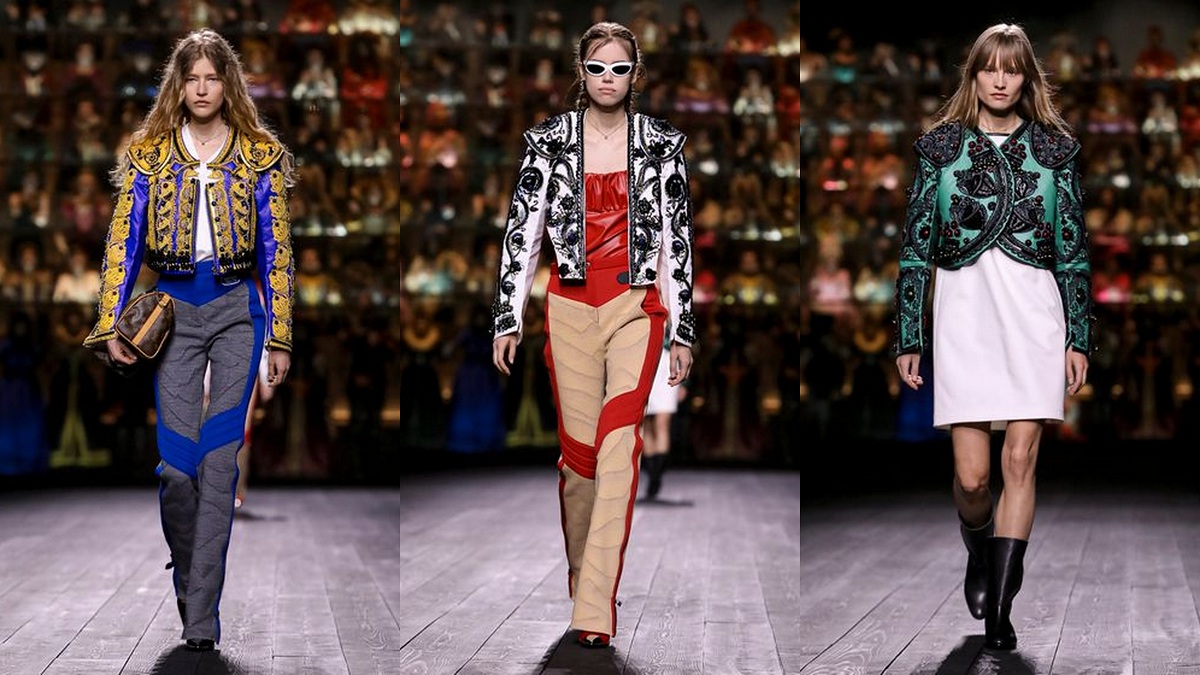