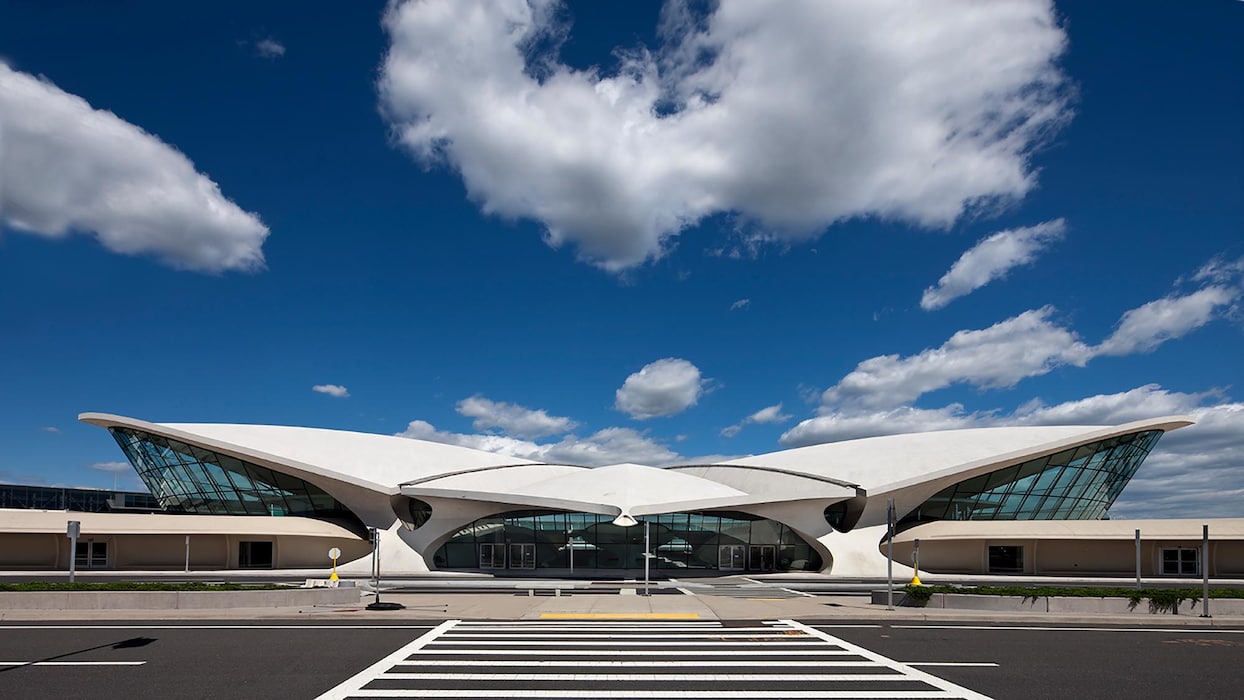 The architectural world tour continues. After Monaco (Palace Square), Palm Springs (Bob & Dolores Estate), Brazil (Mac Niteroi), Japan (Miho Museum), and the French Riviera (Fondation Maeght), Louis Vuitton’s next Cruise Collection will be presented at the iconic 1962 TWA Flight Center in New York. Designed by the famed Finnish-American architect Eero Saarinen at the dawn of the Jet Age, the masterpiece of midcentury modern architecture is one of the world’s most imaginative airport terminals. Designated as a historic landmark and closed to the public since 2001, the TWA Flight Center will be soon reopening as the TWA Hotel. Louis Vuitton will be the first to stage an event in the restored space before it opens to the public in mid-May.

A sheer evocation of travel itself, the TWA Flight Center embodies the spirit of exploration and experimentation at the heart of Louis Vuitton’s Art of Travel and represents an ideal that closely aligns with Nicolas Ghesquière’s core inspirations. Louis Vuitton Cruise 2020 Collection will be presented at the TWA Flight Center located at New York’s JFK Airport on May 8th, 2019.