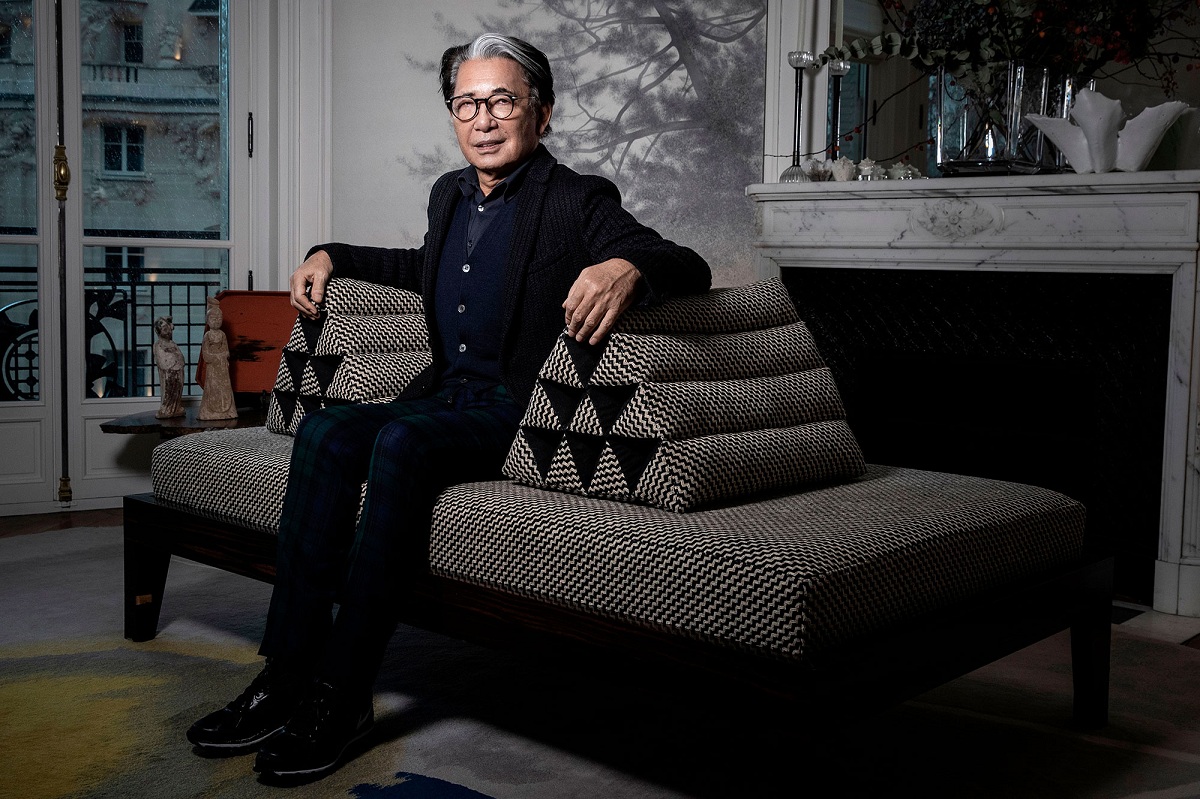 Kenzo Takada, Japan’s most celebrated designer, passes away while hospitalized at the American Hospital of Paris in Neuilly-sur-Seine. He was 81 years old.

In the early 80s, Takada founded his eponymous label Kenzo, a worldwide brand of perfumes, skincare products, and clothes. He retired in 1999. Takada was made a Knight of the Legion of Honour on 2 June 2016 and was the honorary president of the Asian Couture Federation.

“Kenzo Takada has, from the 1970´s, infused into fashion a tone of poetic lightness and sweet freedom which inspired many designers after him. In this fresh and spontaneous spirit, he also durably renewed the world of perfume. The House he had established, Kenzo, still explores his vision. I’m very sad to learn about his passing and express my sincerest sympathy to his family and friends,“ said Bernard Arnault, Chairman & Chief Executive Officer of LVMH.

“For half a century, Mr. Takada has been an emblematic personality in the fashion industry – always infusing creativity and color into the world. Today, his optimism, zest for life and generosity continue to be pillars of our Maison. He will be greatly missed and always remembered,“ declared Sylvie Colin, CEO of the Maison.

“It is with great sadness that I have learned the passing away of Mr. Kenzo Takada. His amazing energy, kindness and talent were contagious. His kindred spirit will live forever. Rest in peace Master. “ said Felipe Oliveira Baptista, Artistic Director of Kenzo.