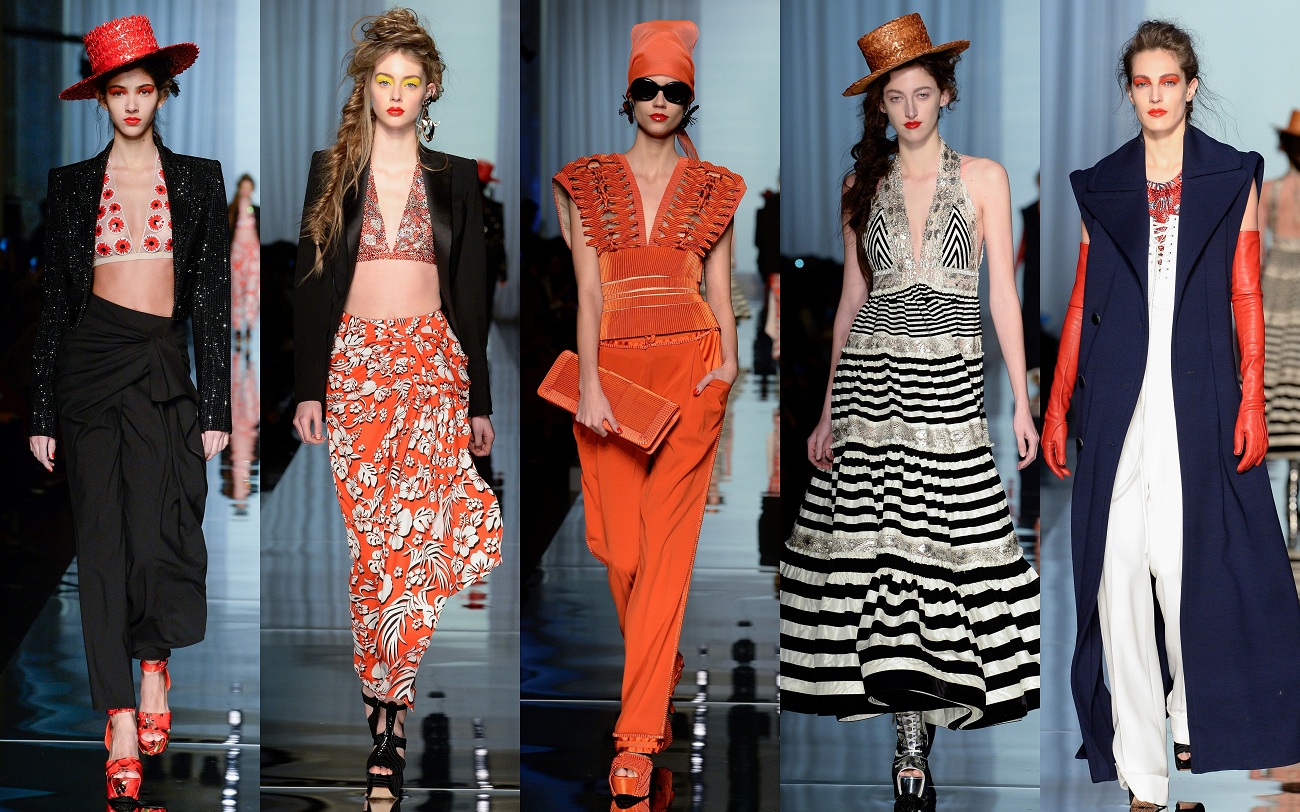 After few groundbreaking shows that were more sociological studies and lectures in art than classical high fashion (Vetements and Galliano for Maison Margiela come to mind), it was refreshing to see what we came for in the first place – a quality couture from the iconic avant-garde designer. And Jean-Paul Gaultier’s new collection is exactly that – a couture in a literal sense. It is clearly inspired by the 40s, sometimes bright and flowery, but always with the designer’s special flair. 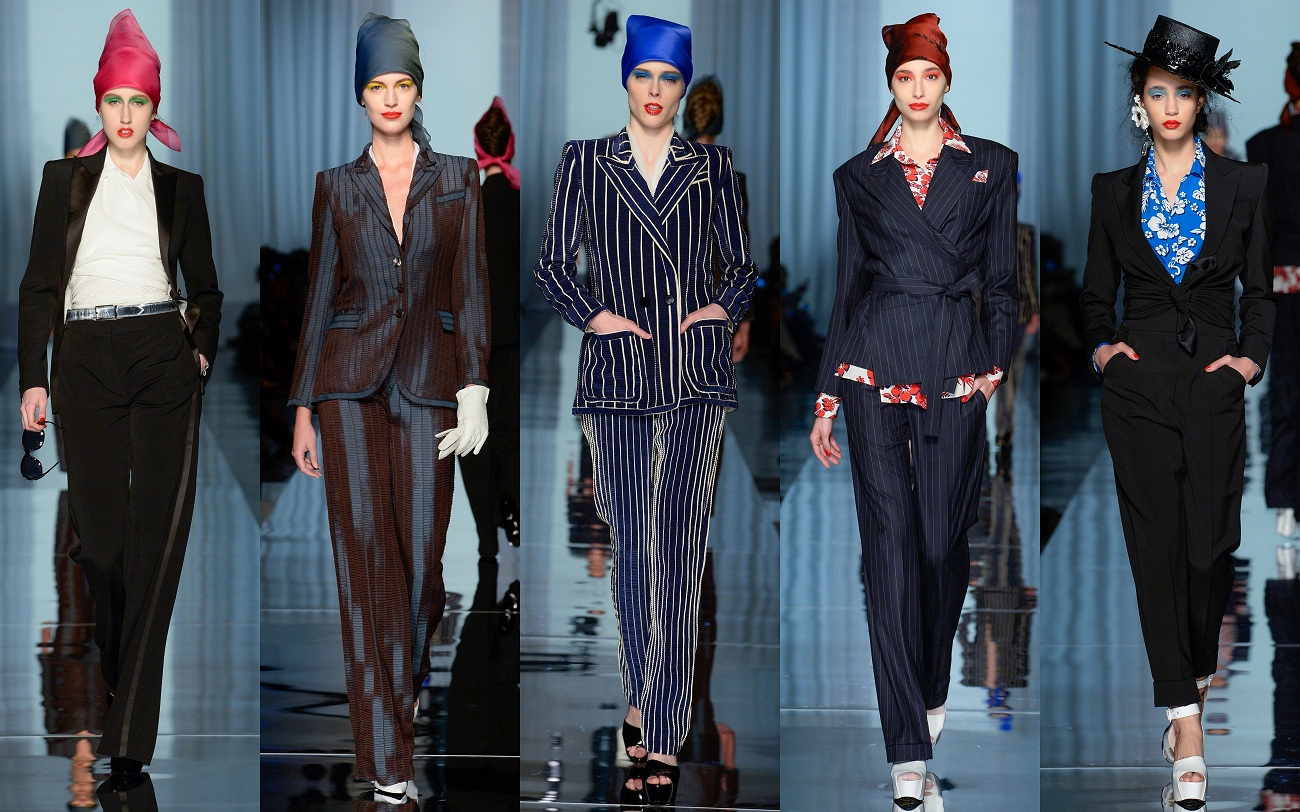 Known as a designer with a characteristic campy and self-ironic sense of humor, Jean-Paul Gaultier gave names to all the outfits on the runway, funny and quirky as is to be expected from the author of the iconic 90s Tv show Eurotrash. This time, his silhouettes were strong-shouldered, slim-hipped, with splashes of florals, especially the ones of Hawaiian hibiscus. Boleros were paired with sombrero hats and Perfecto jackets were reconstructed, looking more broad-shouldered and evened with asymmetrical and sharp edges. Gaultier’s signature pant suits were made from pleated ribbons, decorated with trompe-l’oeil pinstripes. 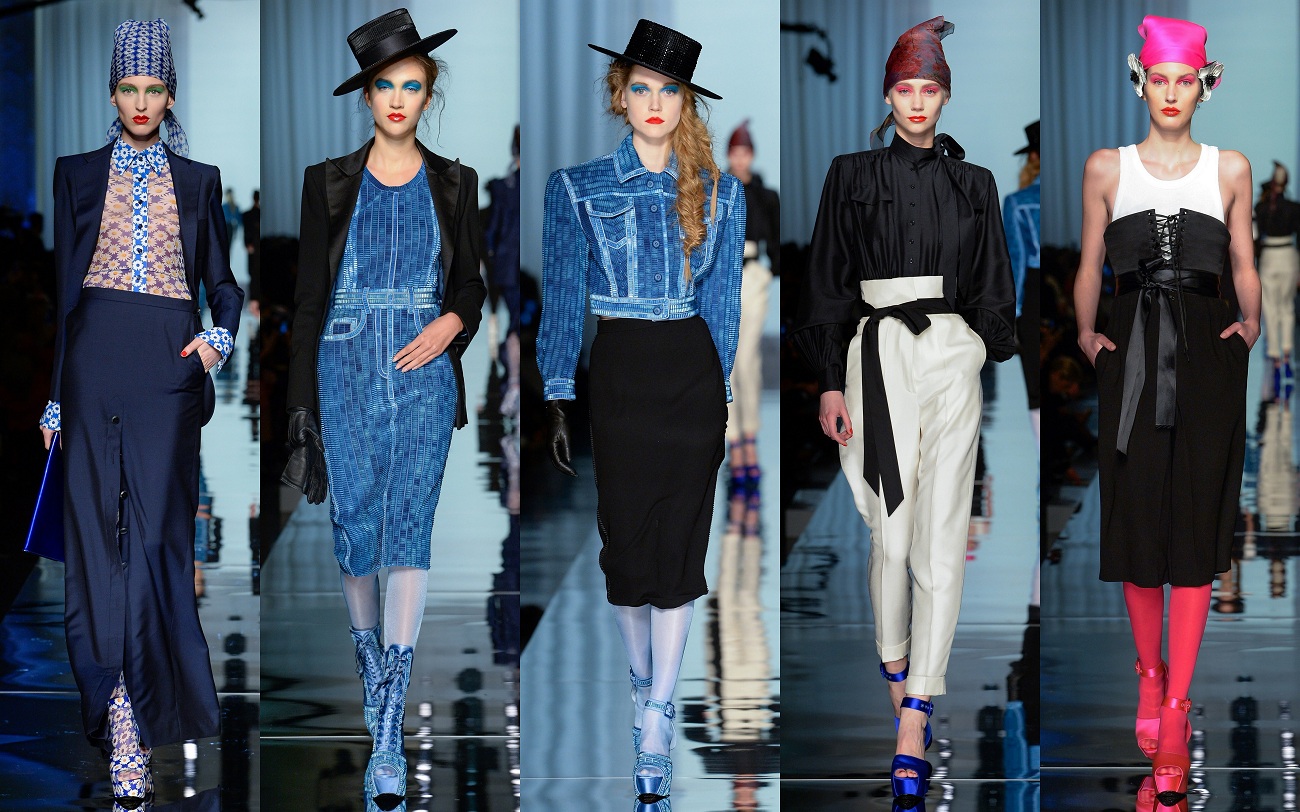 Black tuxedo trousers were slightly dressed down with an undone light pink corset, while embroidered white undershirt gave it edgy, yet sensual note. 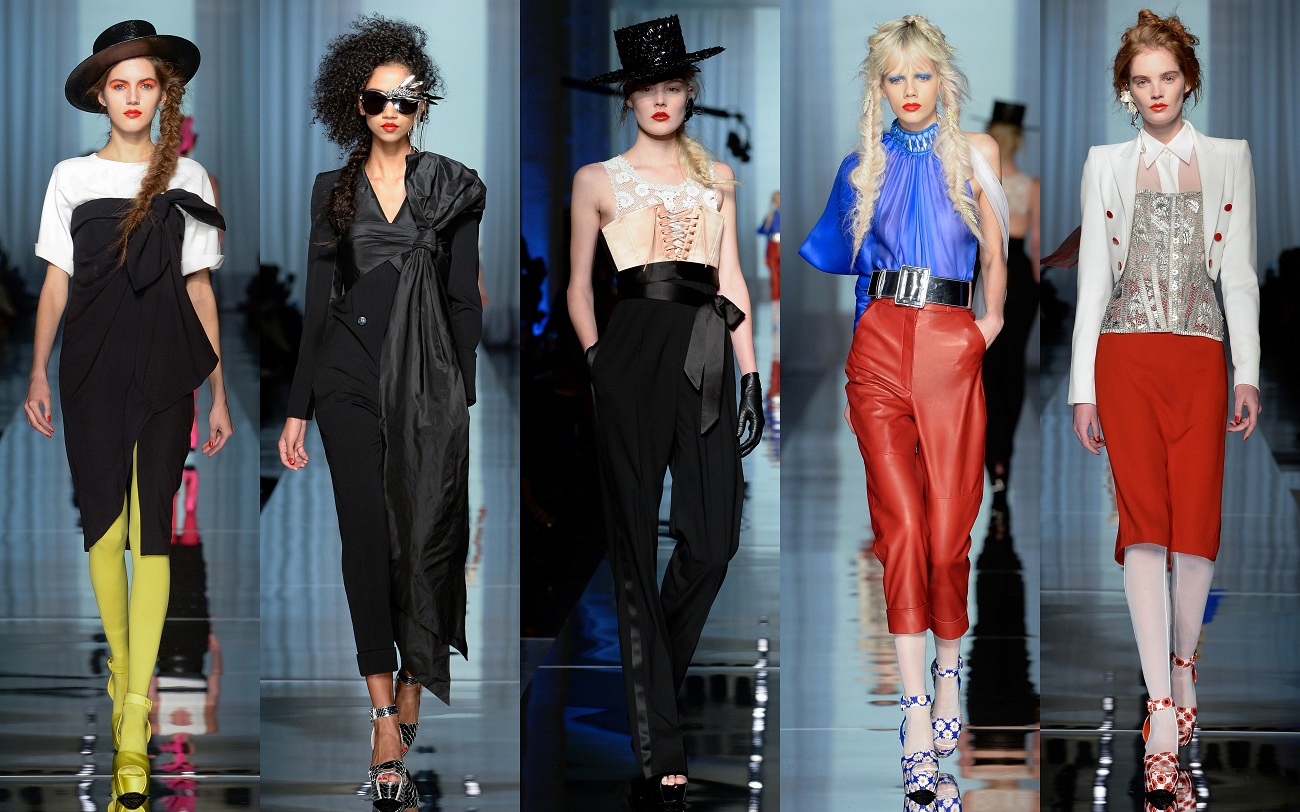 Jean-Paul Gaultier is a very special persona in today’s fashion. Despite his undeniable talent, his work was often overlooked as controversial and his natural showmanship was labeled as self-indulgence. Nevertheless, with this collection he just confirmed that he is a designer with a strong sense of theatrical, a circus-artist and a mad genius at the same time. His work doesn’t have to be understood, or deeply analyzed. In the case of Mr. Gaultier, sometimes is better just to relax and simply enjoy the show! 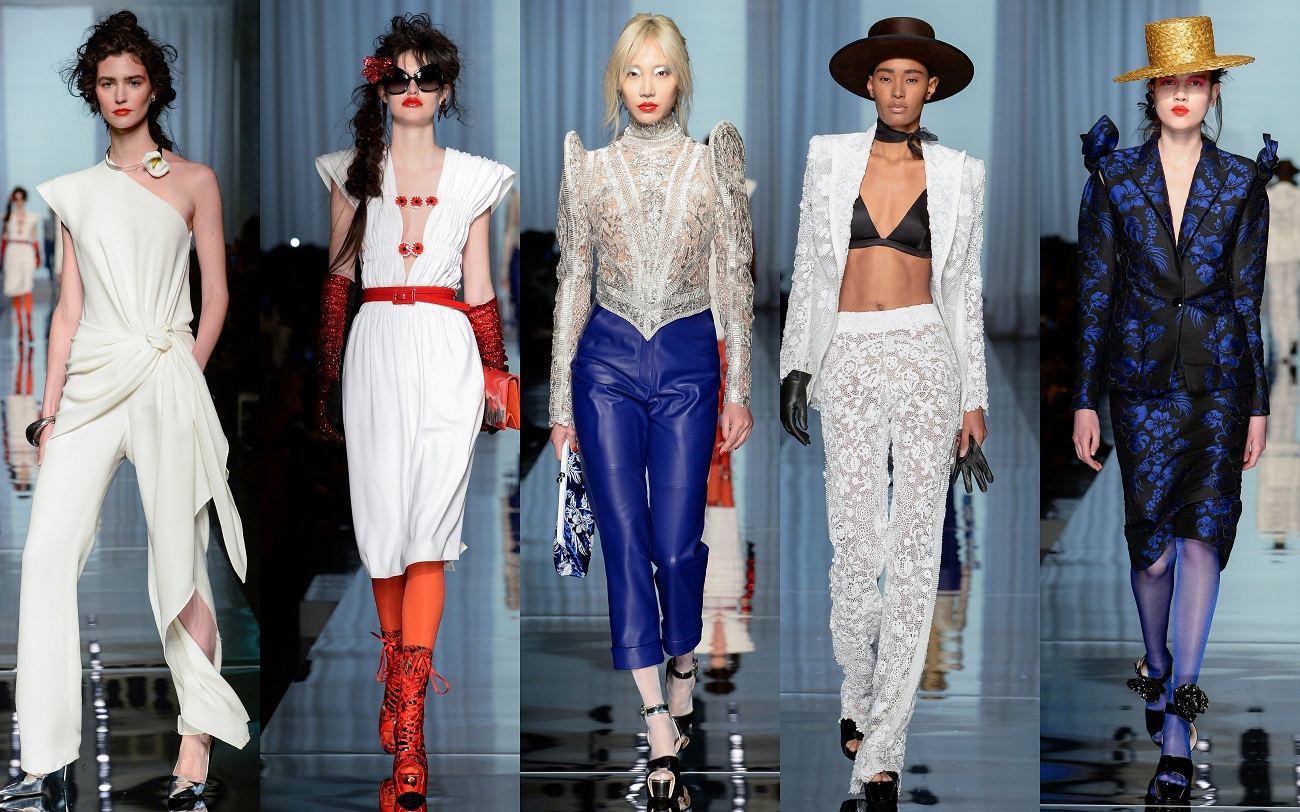 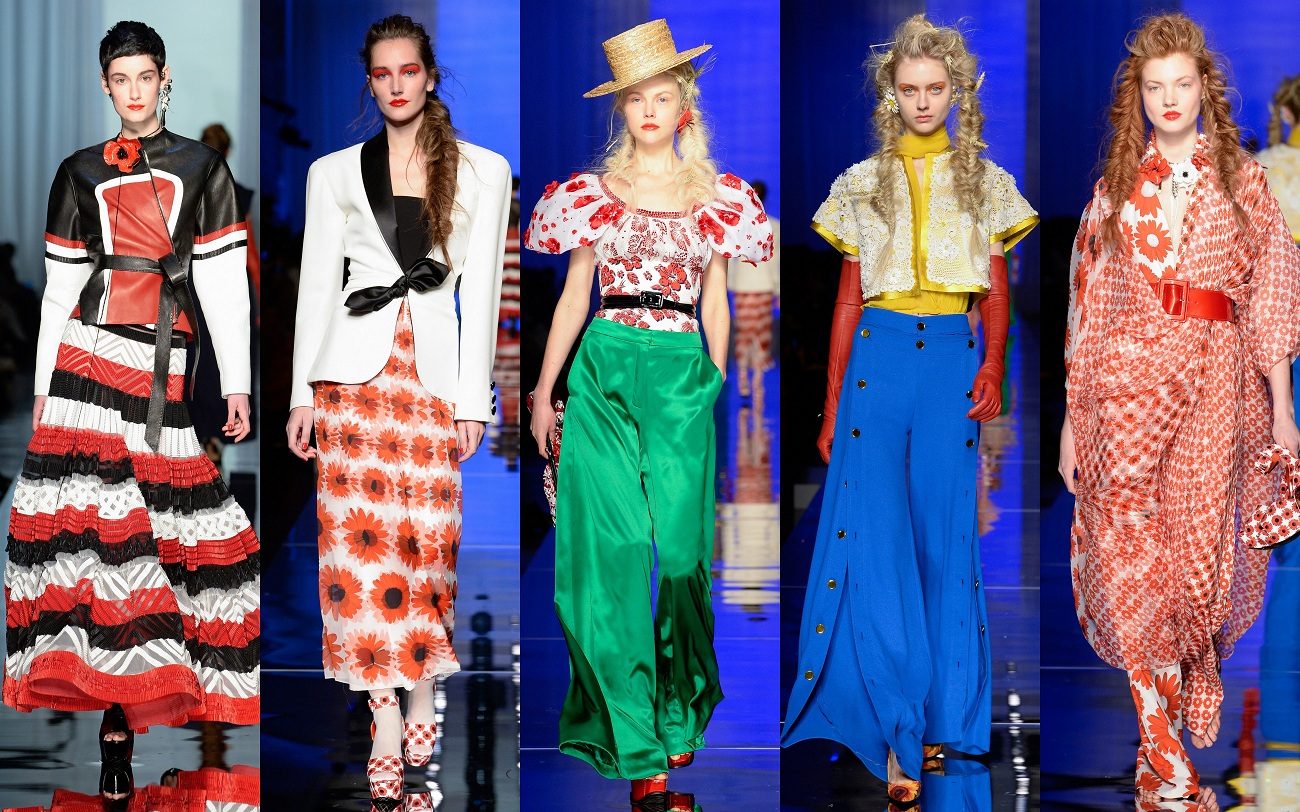 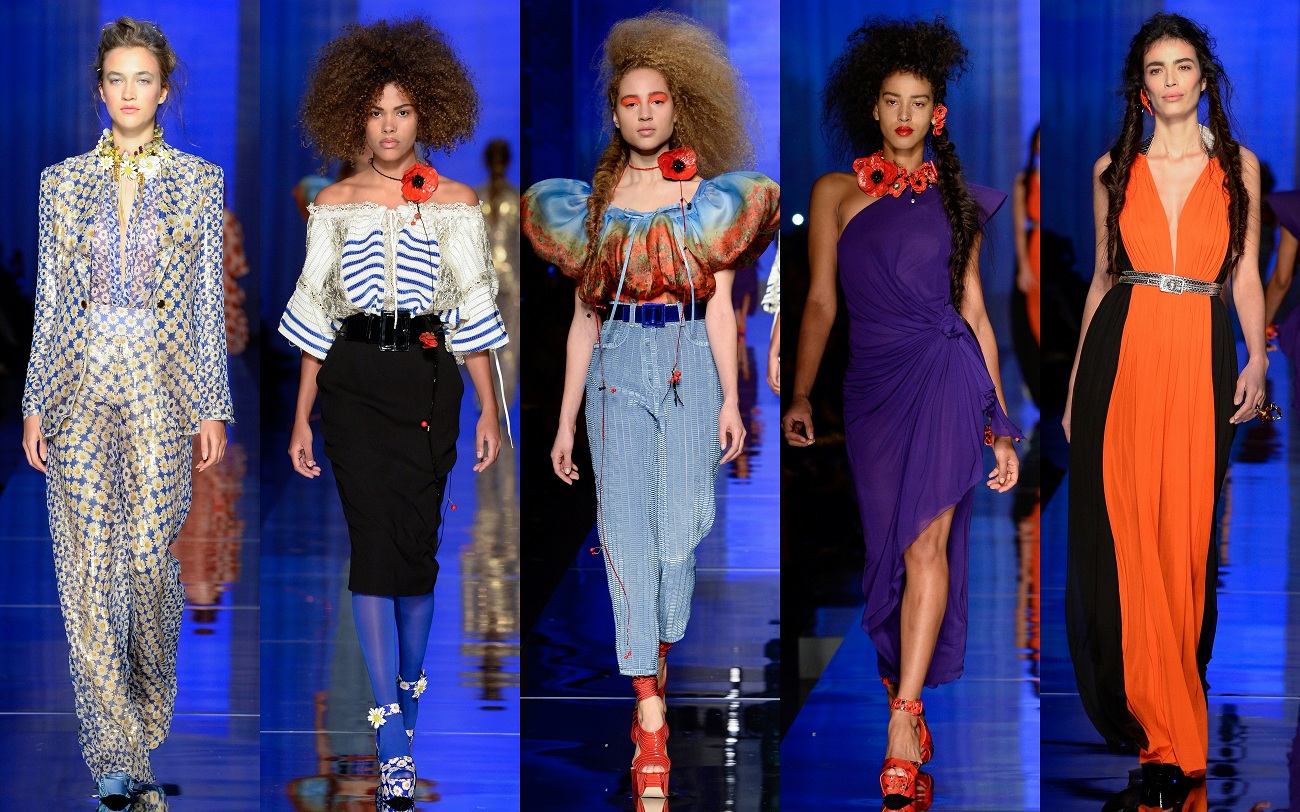 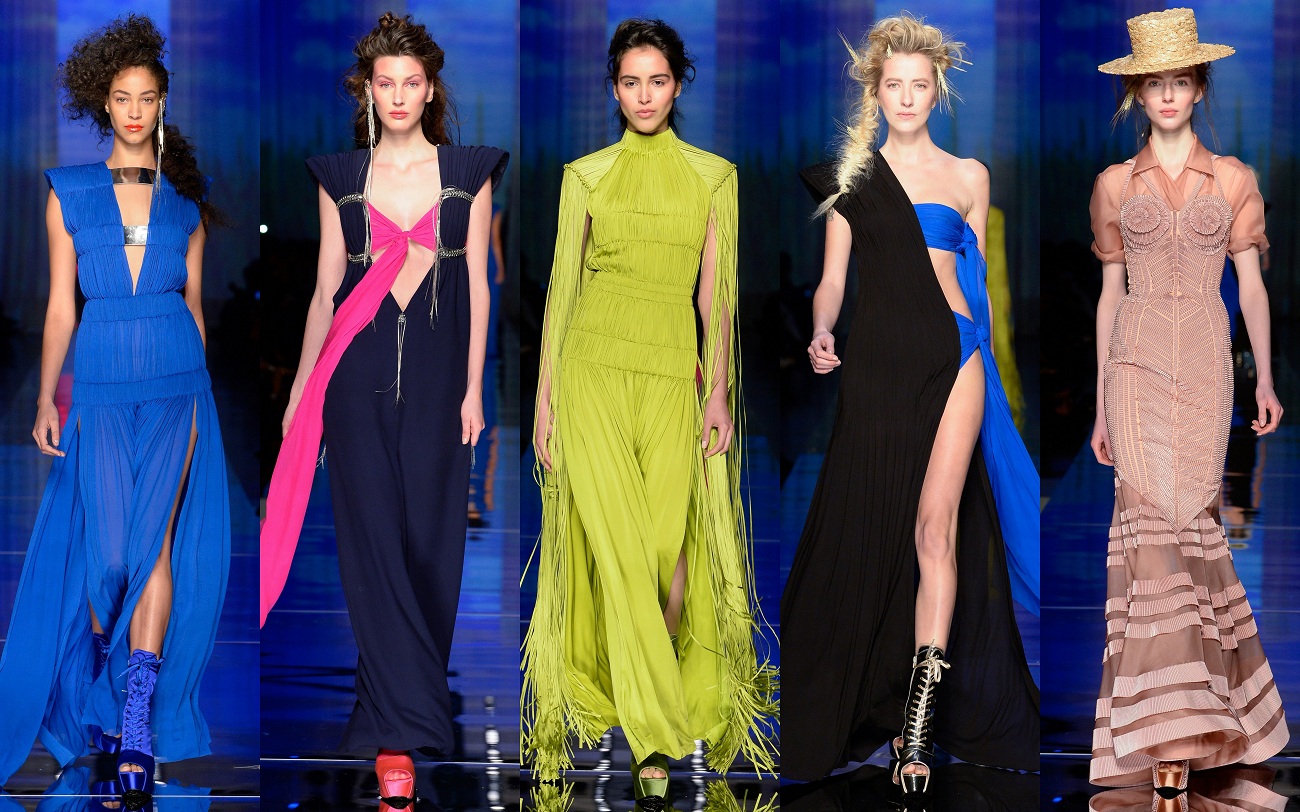 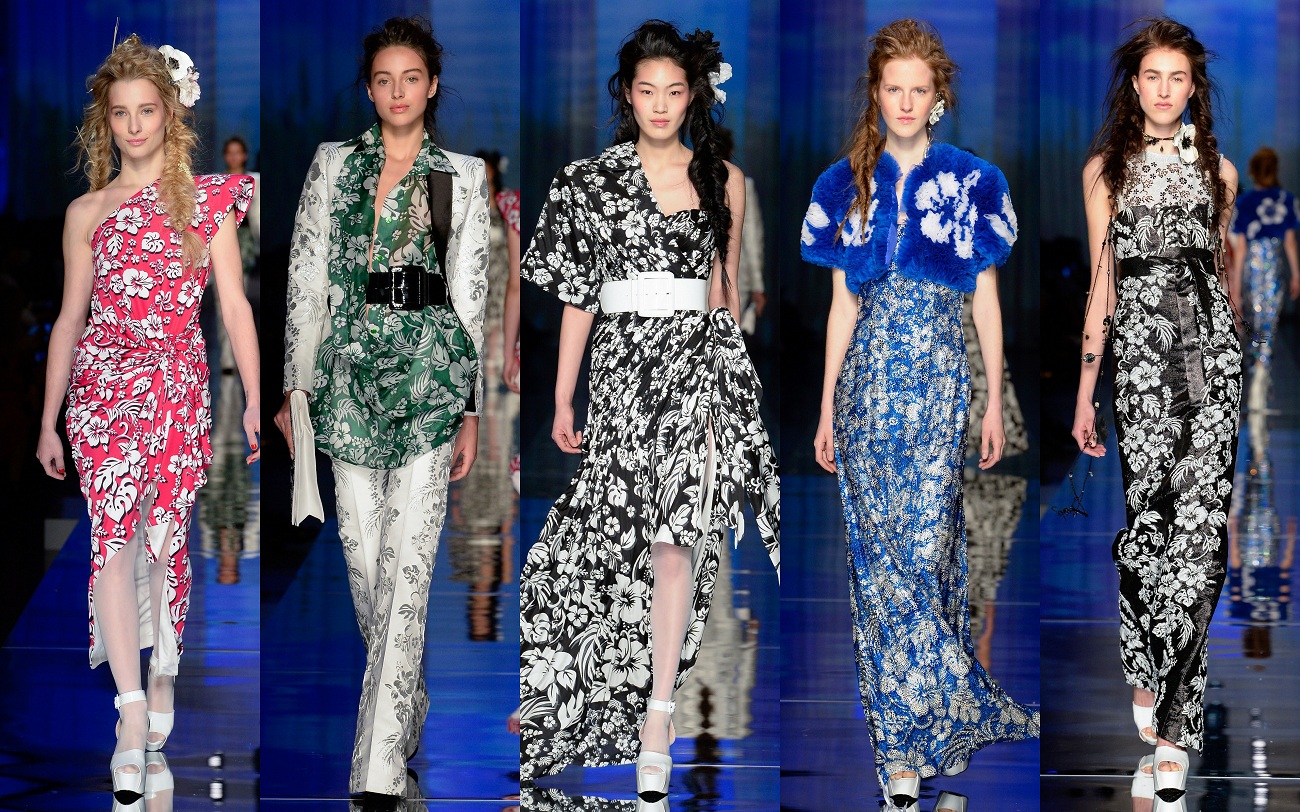 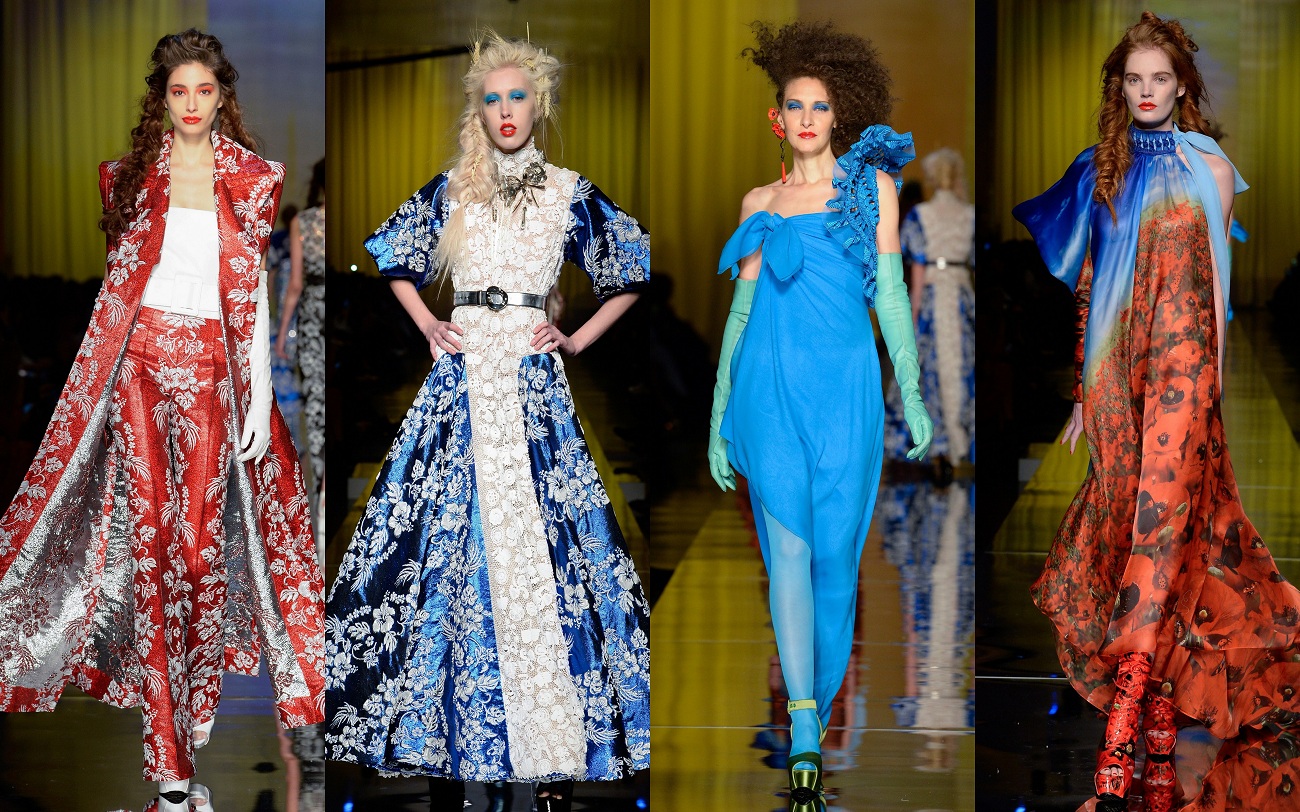 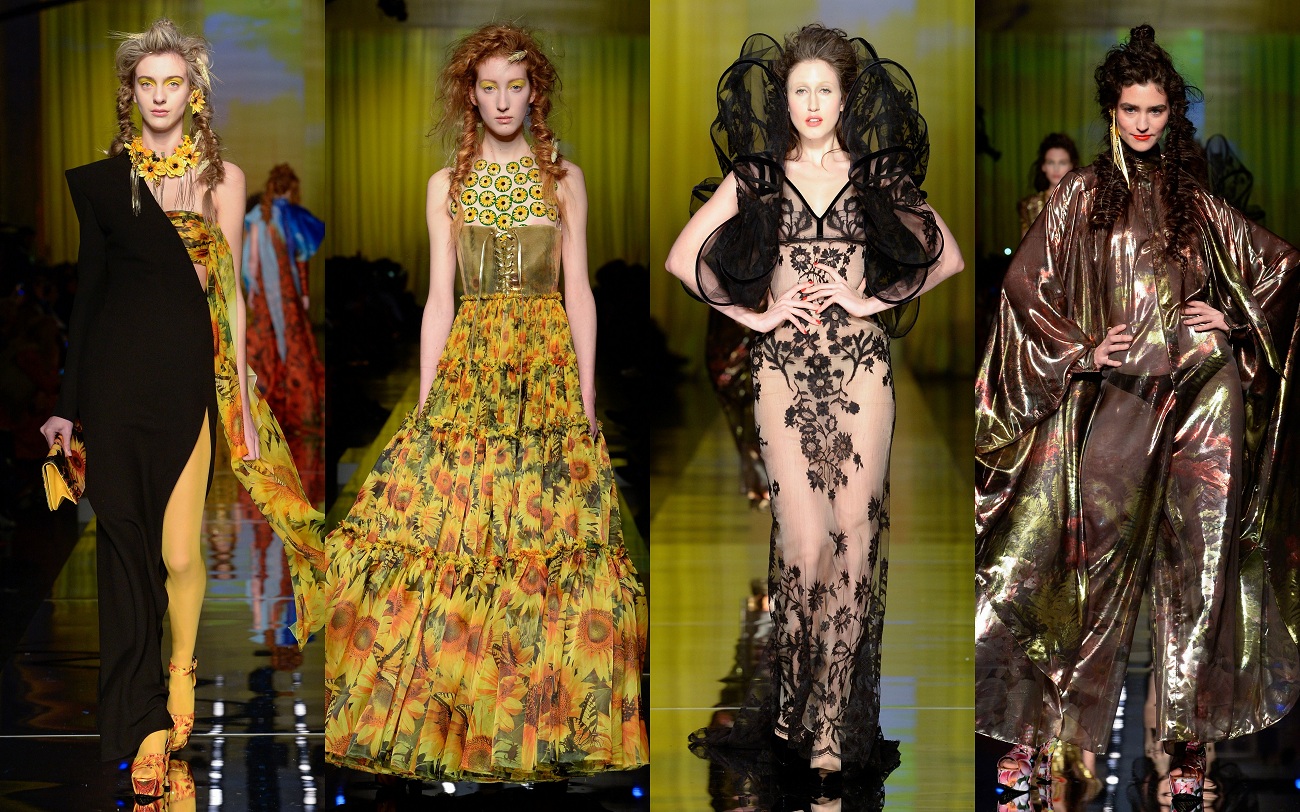 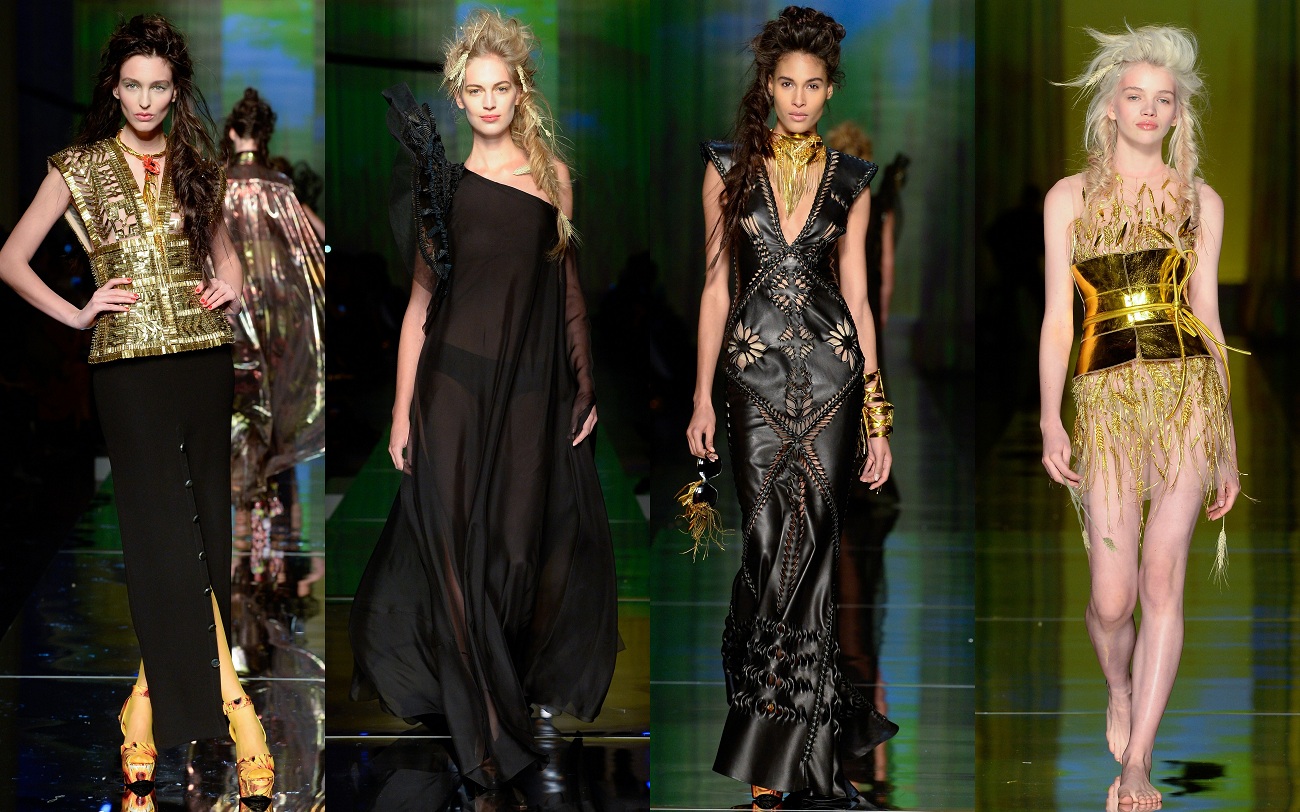 Goodbye the brand-new, hello the brand-old! For the final haute couture collection Spring-Summer 2020, which marked 50 years of his career, Jean-Paul Gaultier looked back at his forever obsessions: jeans, corsets, sailor...

French designer Jean-Paul Gaultier announced his retirement on Friday, January 17, by saying his next Paris haute couture show will be his last. But first, the Enfant Terrible of French fashion will celebrate his 50 years...

Eccentric, scandalous, provocative, exuberant and funny as ever, Jean Paul Gaultier is shaking up Paris once again by inventing a new kind of entertainment between a revue and a fashion show. In this extraordinary production,...