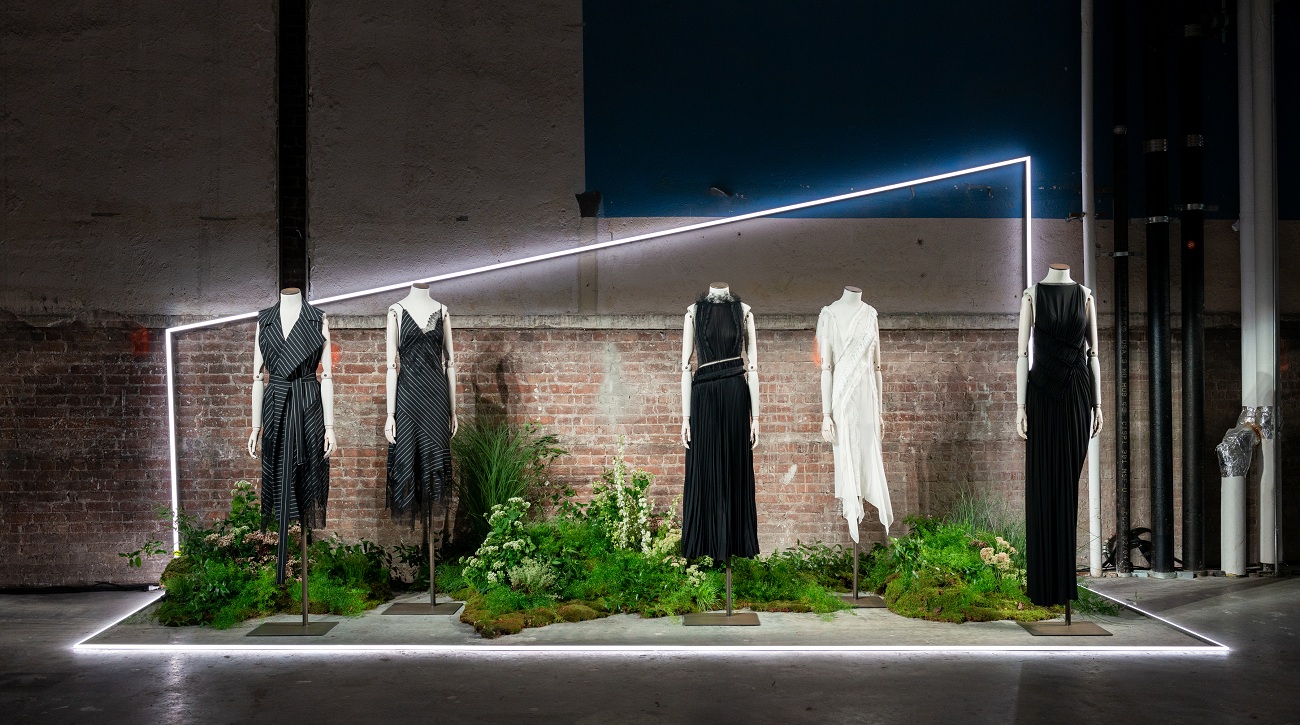 60 White Street, a historic building in the heart of Tribeca, housed the Jason Wu collection for the Spring 2019 presentation. It is no coincidence that the structure, built in 1869 seemed the perfect location to show the line. The building represents the spirit of New York – utility and industry, and of building something as grand and dimensional as the city itself. The raw space, peeling paint and exposed plaster lend themselves to a verdant garden growing wildly out of concrete and brick. Neon tubes frame multiple vignettes that teeter between the tough and the delicate, and integrate the natural, artificial and historical. 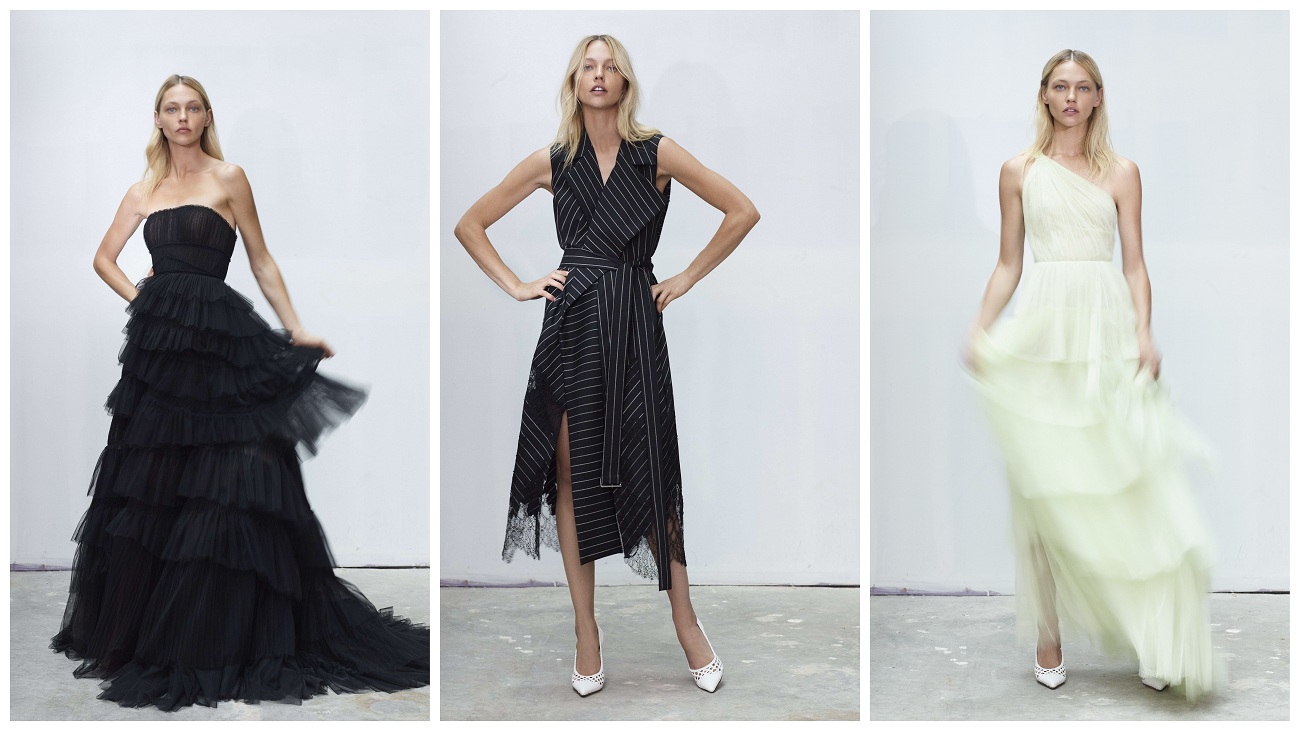 The architectural structure and the rawness of the city are contrasted with the purity of botanical elements surrounding each installation. The collection is divided into groups, each highlighting a material or technique that spoke to Jason, within the context of this installation. 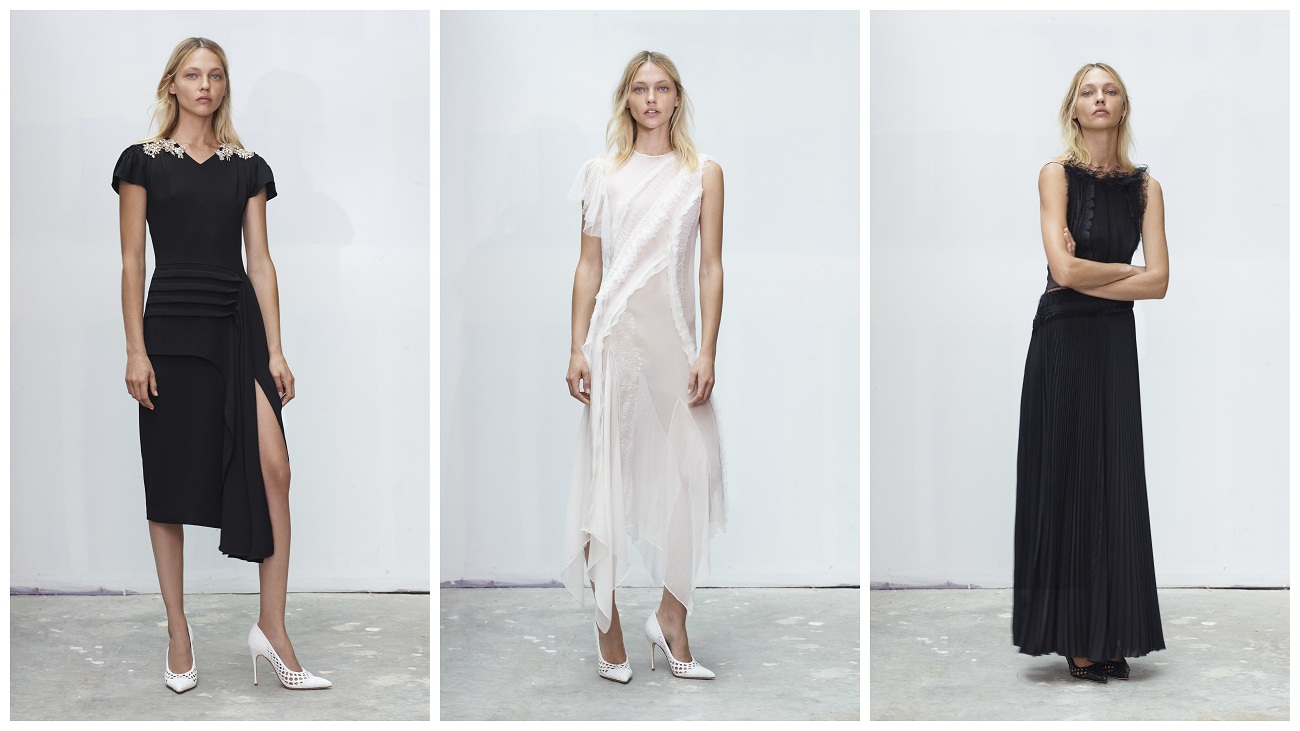 The collection focuses on the core of the brand’s DNA – American couture craftsmanship, refined materials and ultra-feminine silhouettes. This goes back to everything that has held true to Jason, including his love of botanicals which have been a consistent thematic exploration in the line. Draping also takes center stage with fluid jerseys, chiffons and tulles, representing what is at the heart of the label—impeccably refined femininity. 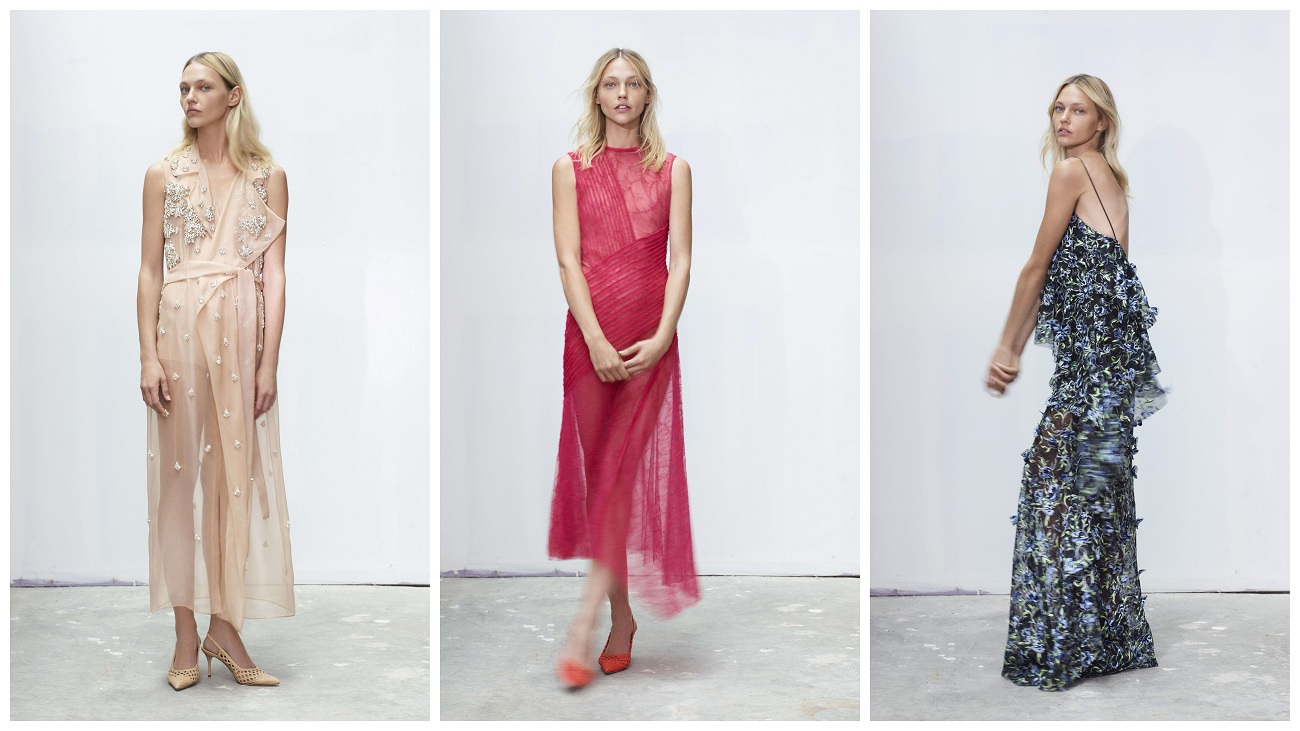 A sense of glamour is palpable in two nude organza pieces which are embroidered with thousands of Swarovski crystals. These are arranged in clusters of “bouquets” that wrap intricately around the body. The contrast between the sheer nude organza and the extravagant crystals in natural and golden shadow hues give the pieces a seductive modern edge in a luxurious garden oasis. 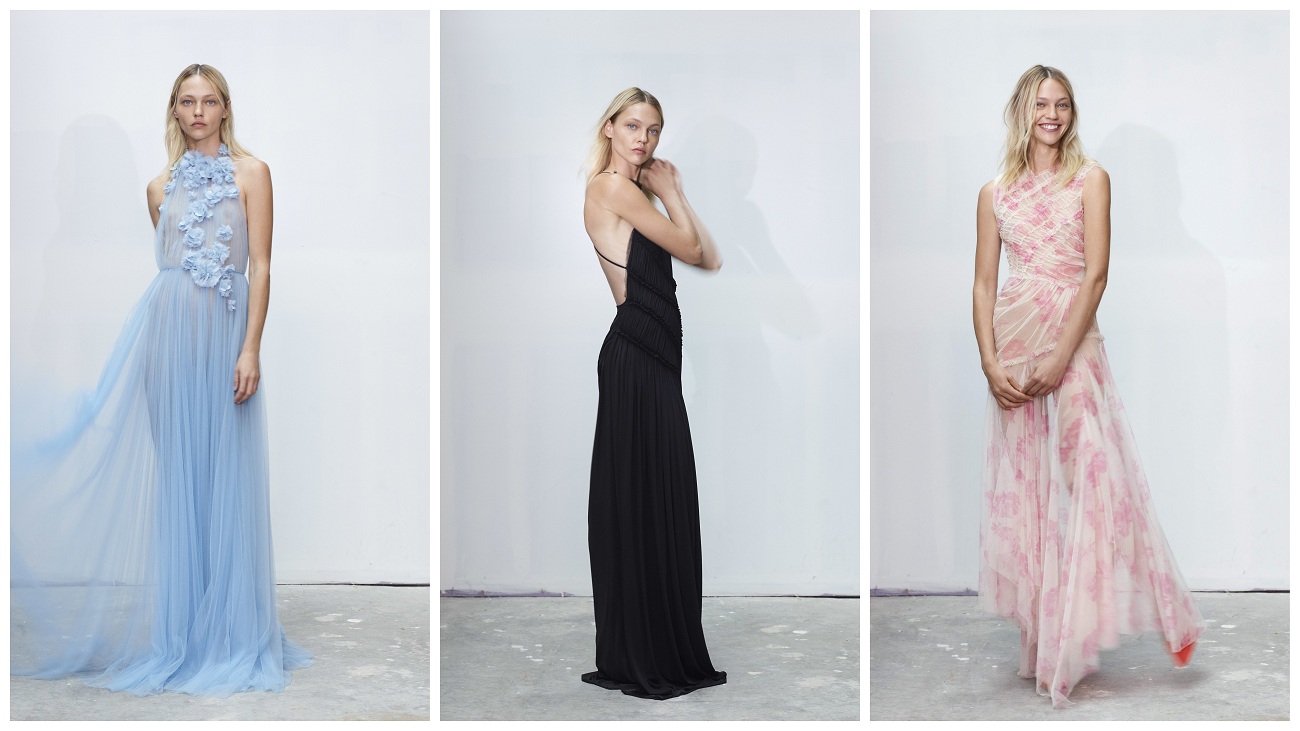 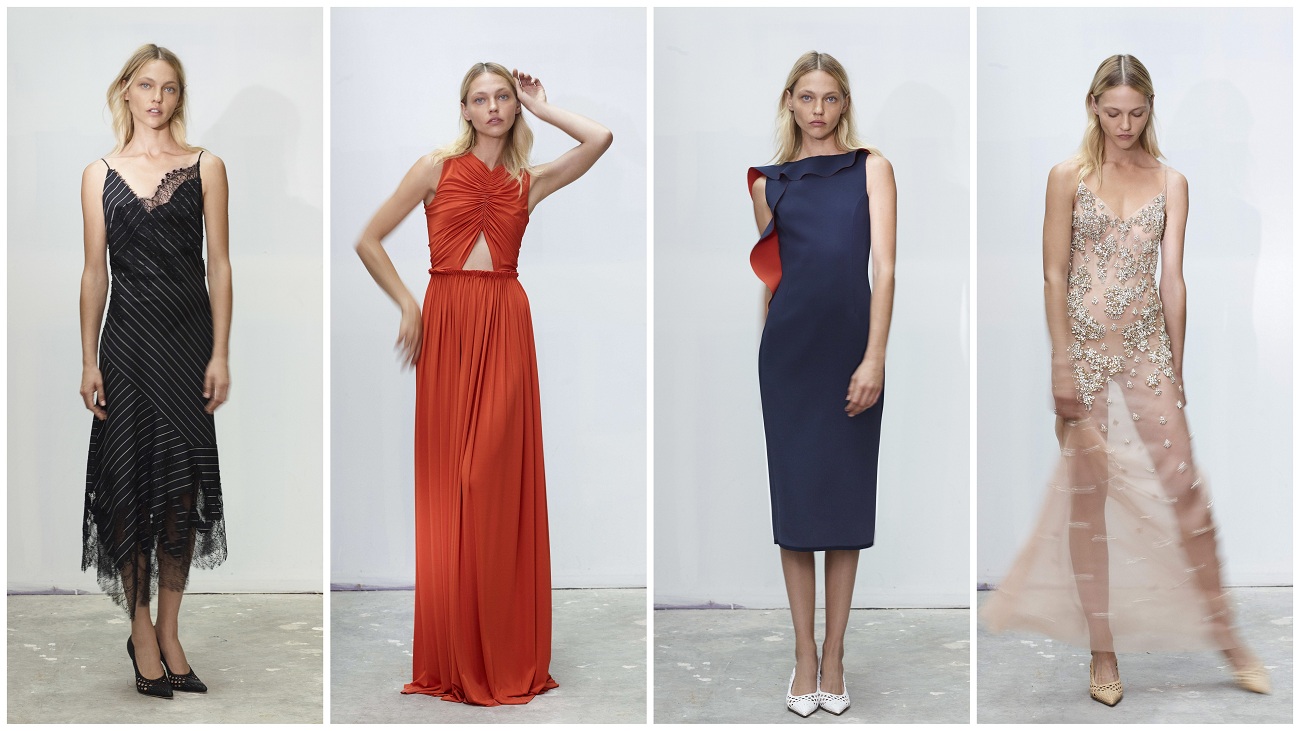 New York Fashion Week came to a close and the designers brought a big splash of wave of new trends for Spring/Summer 2017. Whole lot of blues, bra tops, sheerness, deconstructed shapes. There were some comebacks as well like...