If Gabrielle Chanel was particularly attuned to how modern artistic practices were developing during time, literature for its part occupied a very special place in her cultural realm. And for Chanel, who confided in her friend Paul Morand that she grew up, lived and spent her last years largely alone, literature was much more than just mere entertainment. She needed to read! An inner necessity that originated in childhood and that allowed her to escape the pain of the premature death of a mother, and the abandonment by a father, whom she would never see again. 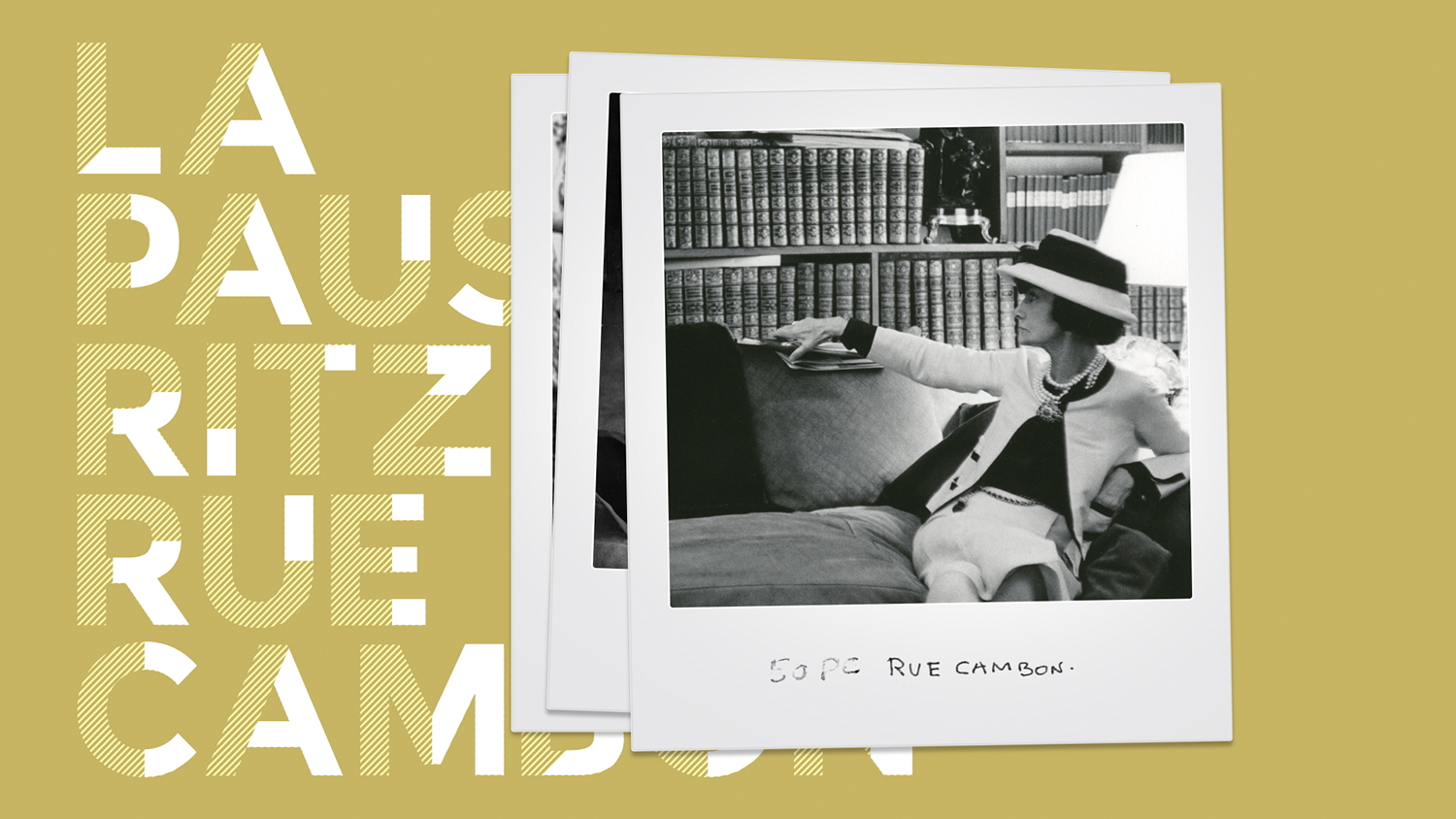 On the threshold of adolescence, the company of books had become an instrument of redress, and of escape. Gabrielle Chanel dreamt herself up while reading, fantasizing the youth she was deprived of, and fleeing the reality of her condition. The catalogs, books and serial novels she collected formed a school of life. An education, which she offered herself as an autodidact, and which would soon help determine her character, her temperament and her relationship to others and to the world. 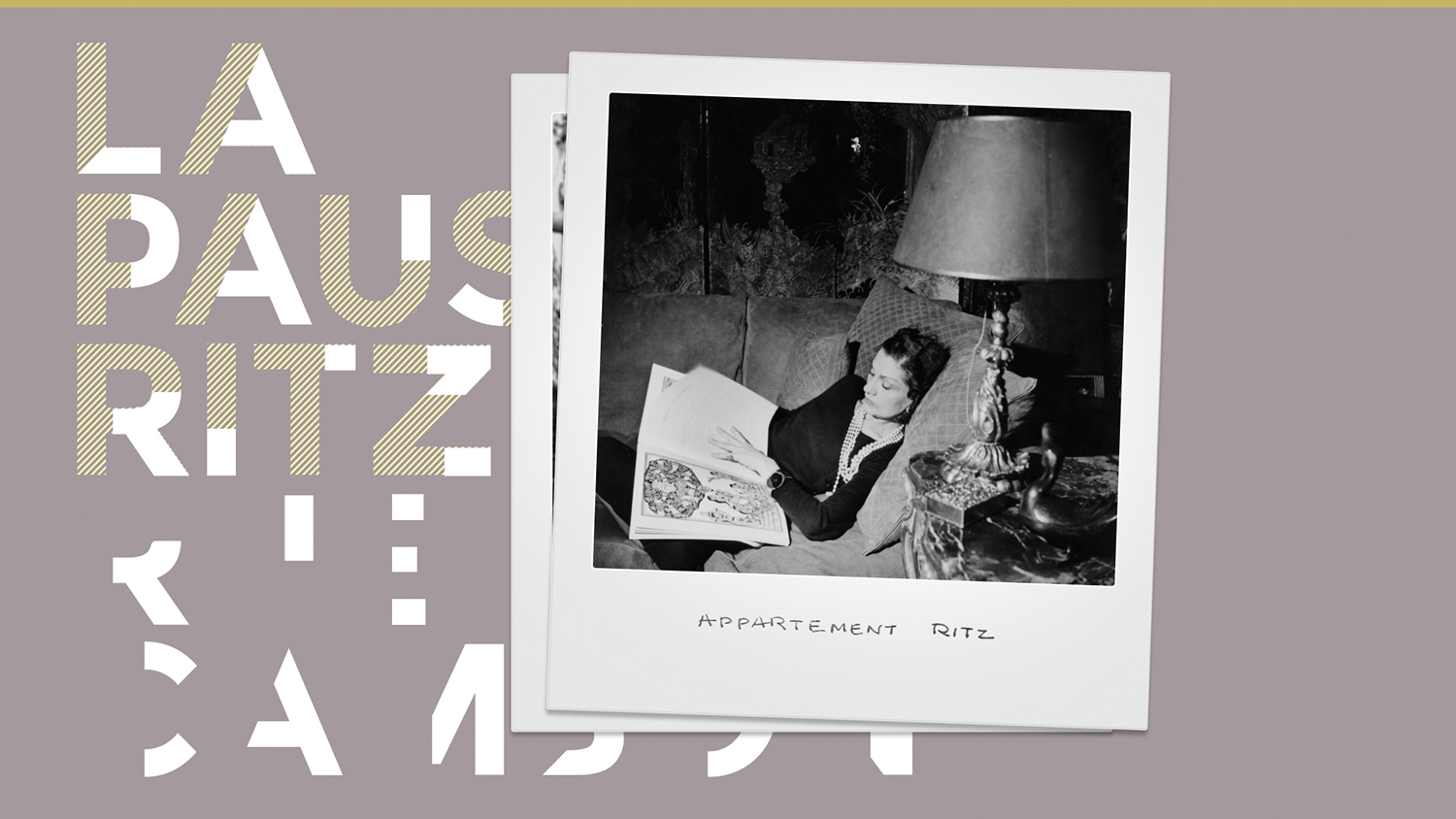 Reading gave structure to her thoughts and to her mind and soon became one of the fundamentals of his personality. This idea, Gabrielle Chanel would soon share with the man of her life. Guiding her in literary spheres, Boy Capel introduced her to the great philosophical and sacred texts. From Voltaire to Nietzsche, and on to the Bhagavad Gita, Gabrielle broadened her horizons. As her fame grew and knew no bounds, books put the world at her fingertips. Within a few years, she had become an accomplished and daily practitioner of the “journeying without traveling” that reading offered. In books, she discovered such worlds as Asia, Persia and Egypt, whose arts would leave their mark on her creations. 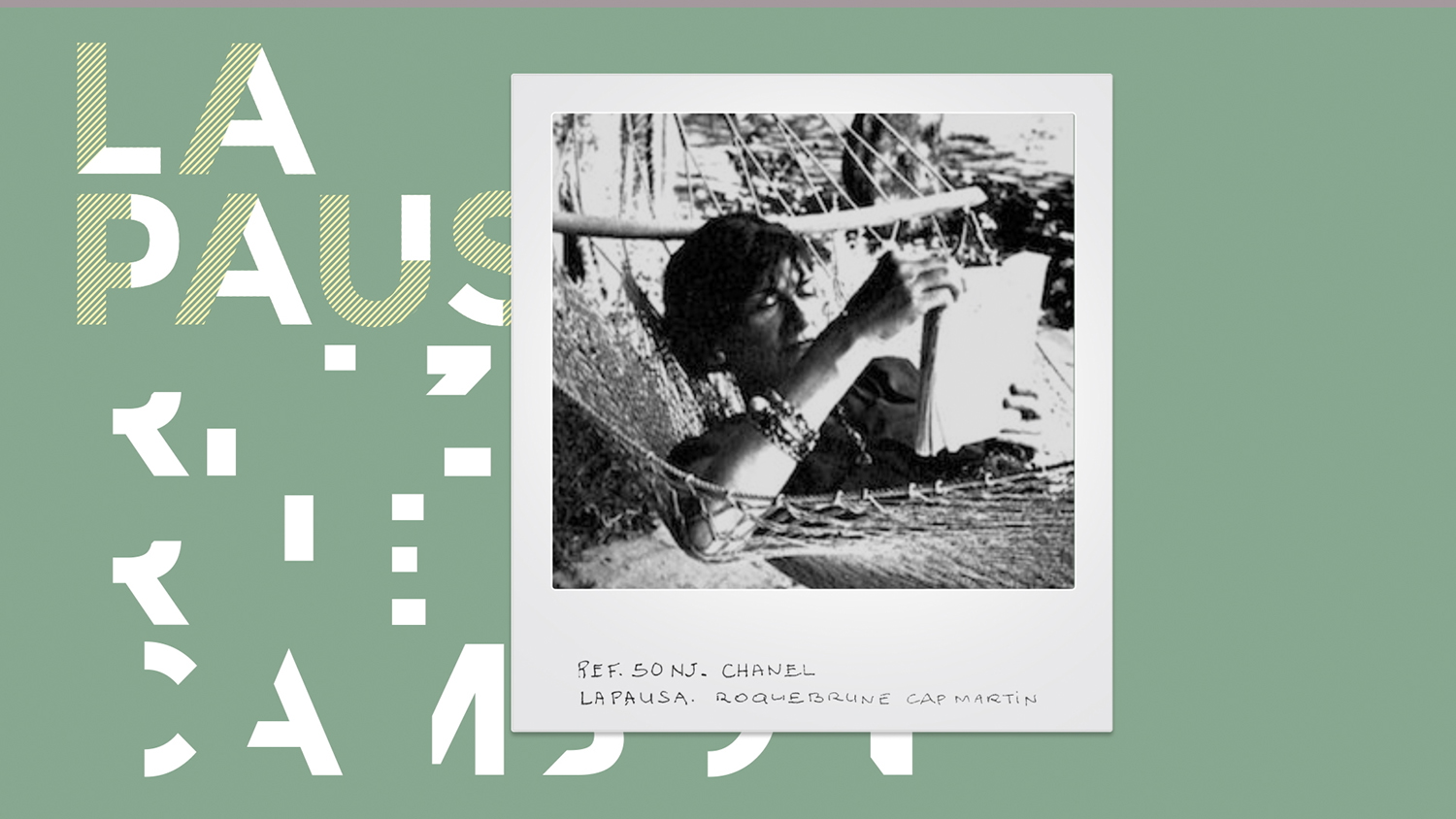 To grasp an overall idea of the world, and to present it in all its speed and movement, was also the challenge that would draw her closer, from the 1920s onward, to the artists who had become part of her entourage. Together, they spoke of the “same world”! Gabrielle listened to them, supported them, and shared their struggles. Around her, the community of authors was also growing in numbers. Friendships were formed with Colette, Paul Morand, Jean Cocteau, Raymond Radiguet, Joseph Kessel, Marthe Bibesco and Michel Déon. Those who dared to reinvent language, like Gabrielle was reinventing fashion. 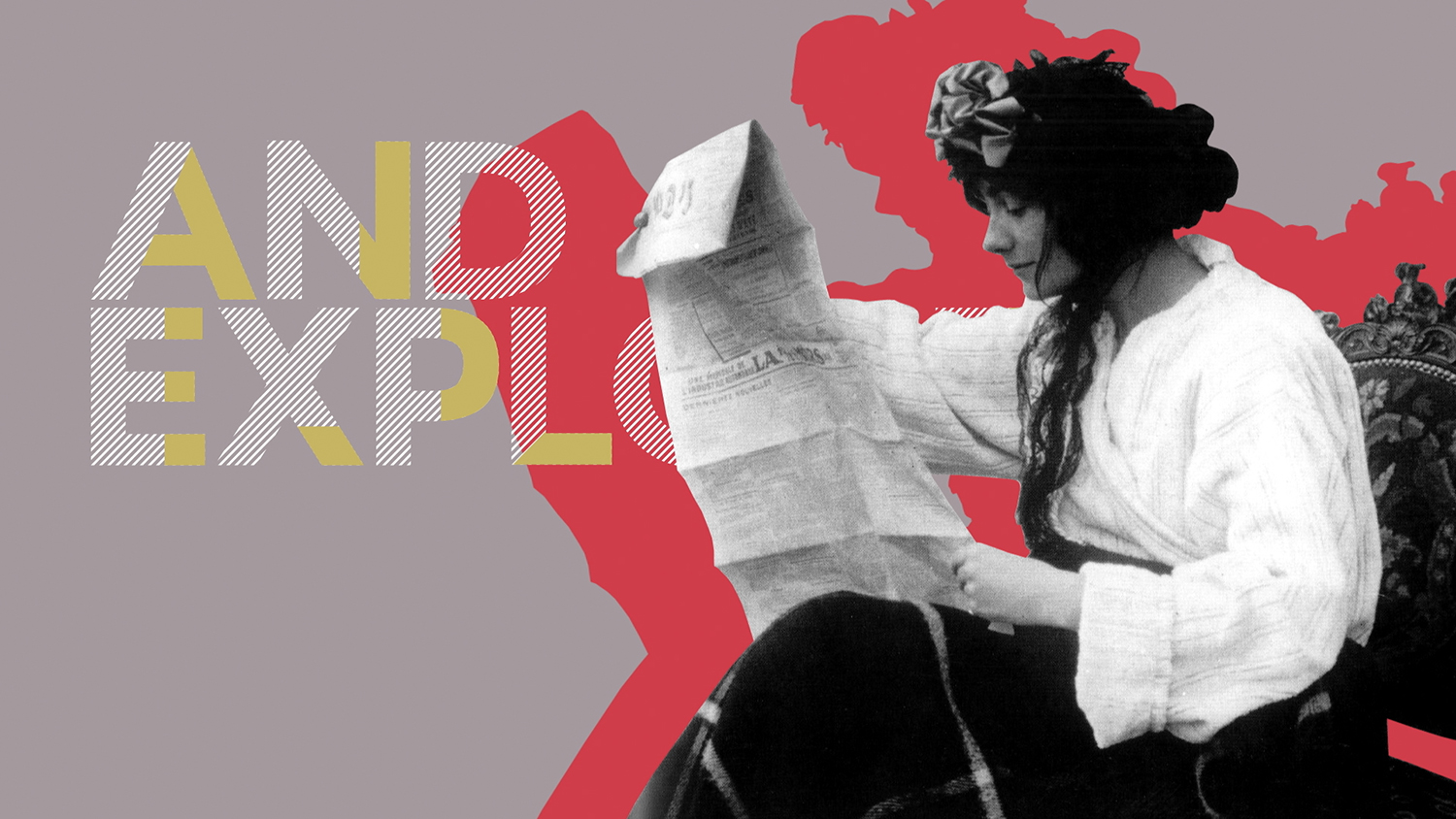 A thoroughly modern woman, Gabrielle Chanel had formed her hierarchy, and at the top of the literary edifice, was poetry. The most accomplished exercise in style, which her friends Max Jacob, Iliazd and Paul Eluard tussled with every day. If poetry was to her mind a major art, it was also the ultimate experience of beauty. And also a place of sacrifice: the unconditional love she devoted to the poet Pierre Reverdy, whom she would support throughout his life by having his writings published, and whose manuscripts she kept in pride of place on the shelves of her library.

Over the years, poetry books, novels, plays, essays and art books would cover the walls of the living room and the office in rue Cambon. Like a protective barrier, they preserved the privacy of the place from the chaos of the outside world, and gave it structure, rhythm and color, and ultimately its meaning. A place of life and rest, of inspiration and renewal, the living room was also were she met and exchanged with others. As Gabrielle had no real taste for possessions, she lent her books as readily as she would give them away. A well-informed bibliophile, books for her were authoritative; they were precious objects to be carefully preserved in refined bindings made by Germaine Schroeder (1889-1983), and more so than paintings they were exhibited like works of art. 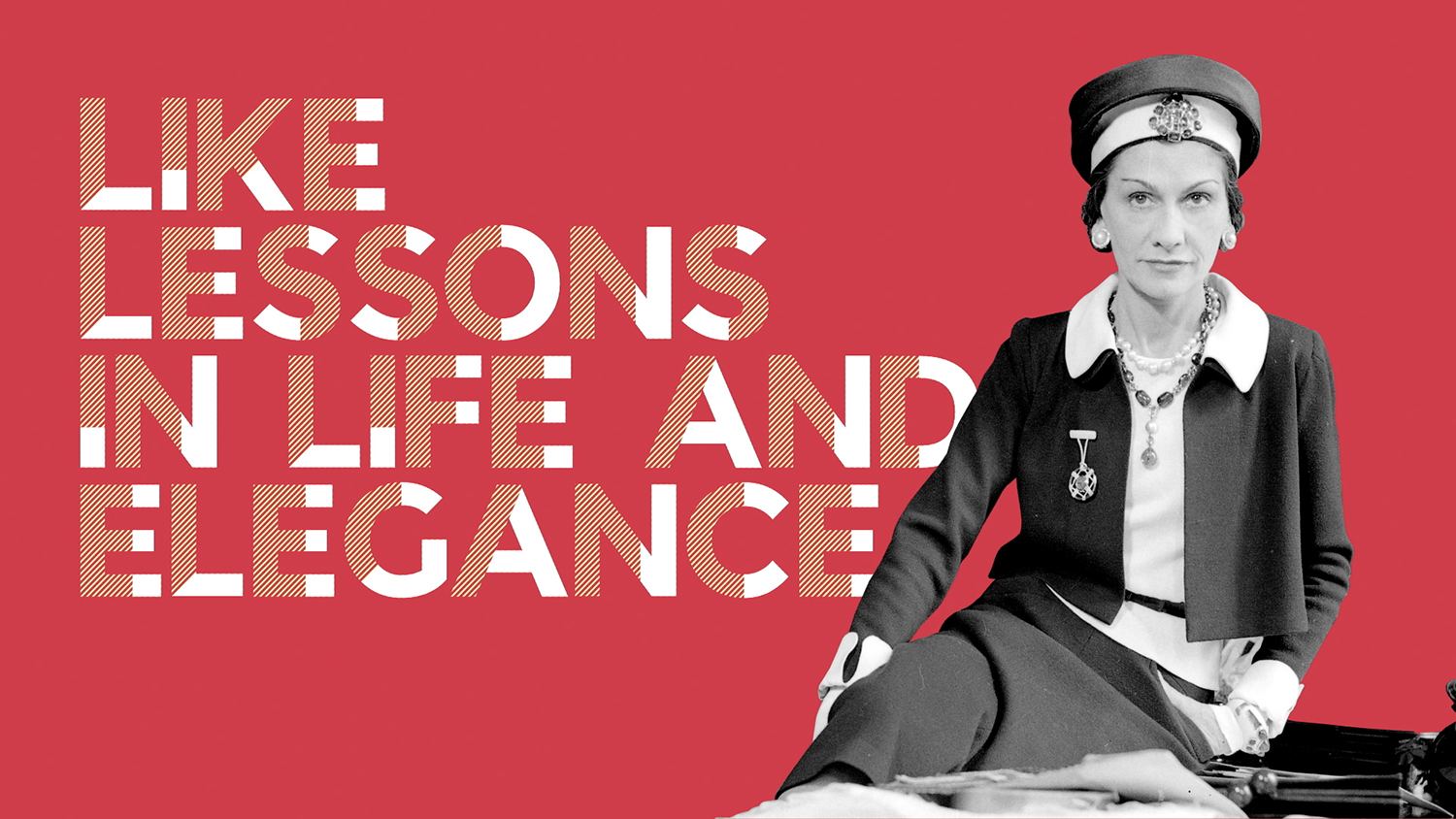 At the height of her fame, Gabrielle Chanel felt the need to fix her storybook destiny in the eternity of the word. At rue Cambon, the authors would come and go. Gabrielle revealed to them the story of a life that was part reality and part of invention. Intuitive, she knew that the truth of a being – in literature as in life – depended less on the objectivity of the facts, and more on the way they were told. By remaining silent about parts of her life, Gabrielle remained elusive to demonstrate her freedom, while at the same time laying the foundations for a myth on which the 21st century would continue to build. And, if her extraordinary destiny now bends to all literary genres, Gabrielle Chanel keeps her mystery forever. 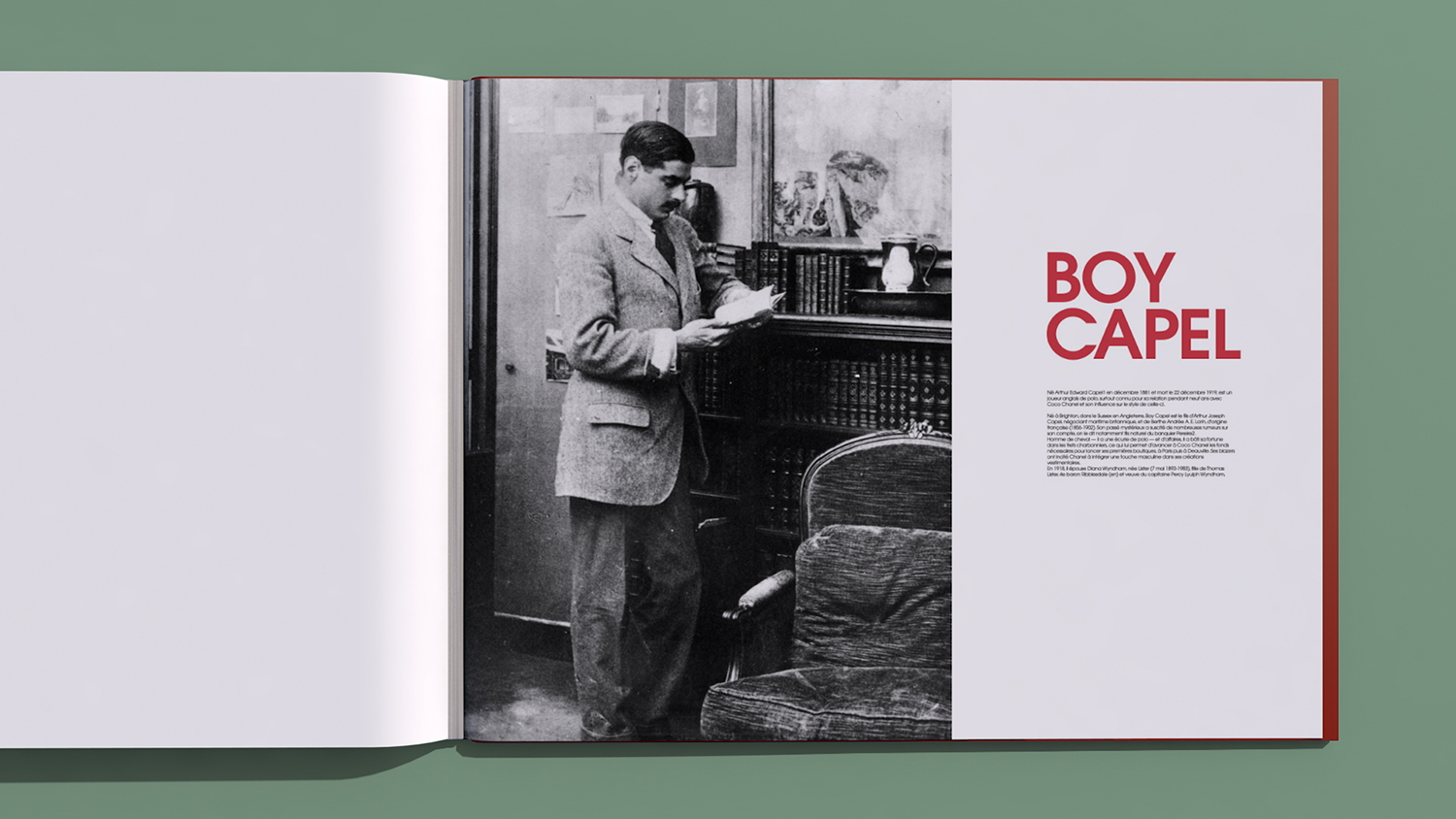 One certainty remains: the place Chanel deserves in the history of literature, Roland Barthes recognized by positioning her alongside the great authors of maxims, like La Rochefoucauld. If Gabrielle was a woman of letters, her work lies on the oral side and in the maxims she handed down to us, sown on our life paths like so many precious gems, whose sparkle guides our steps towards the future. 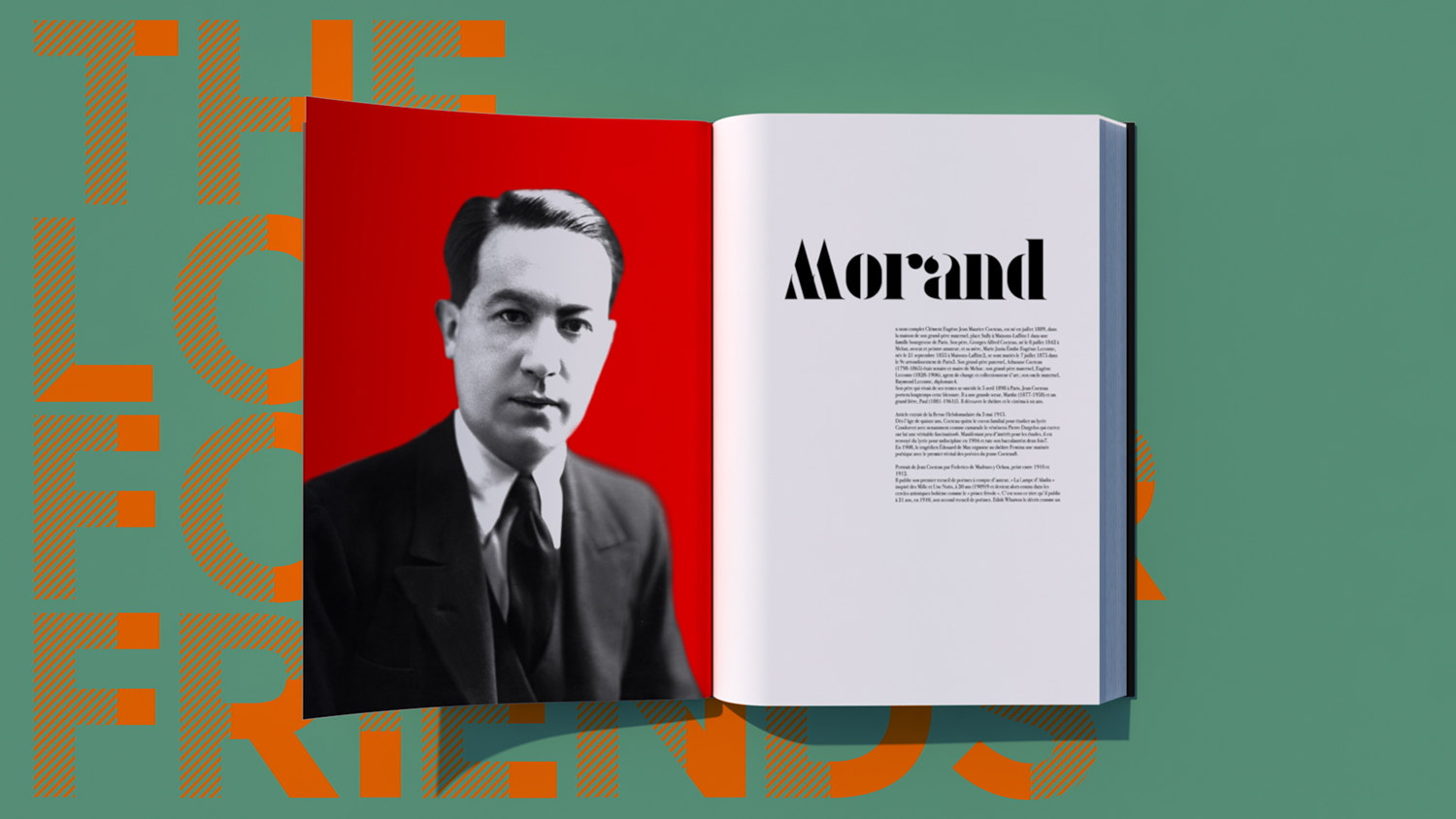 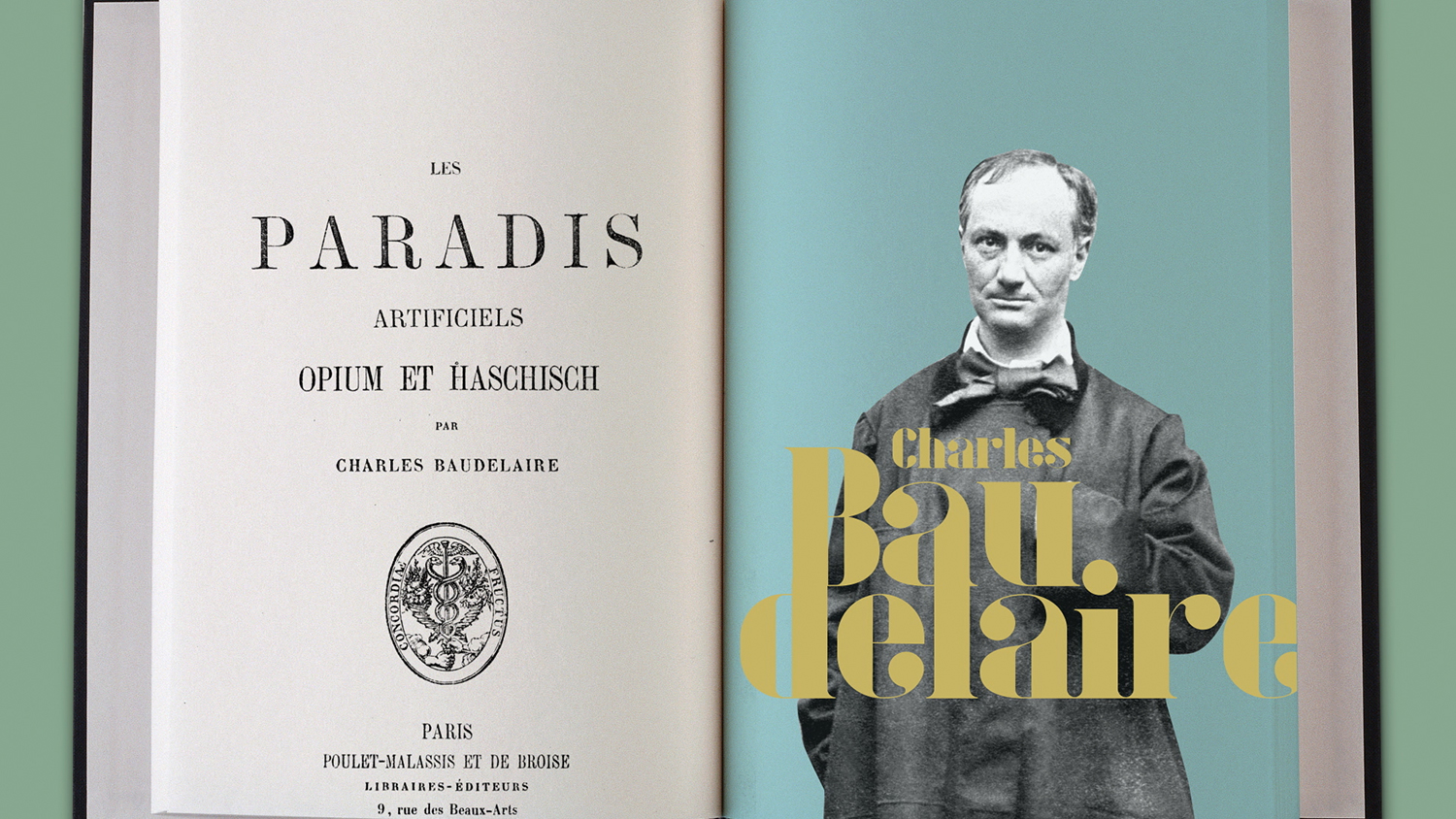 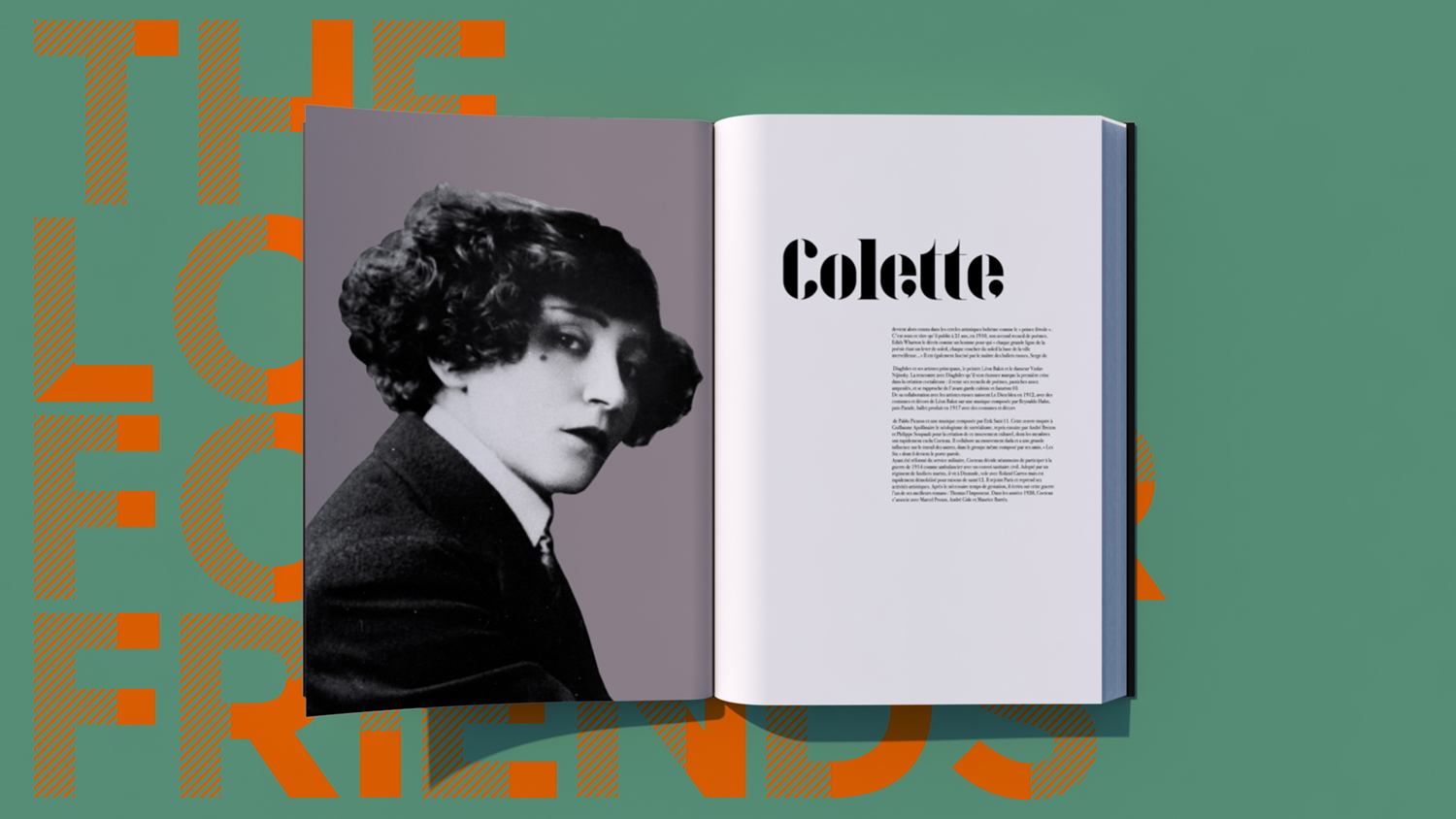 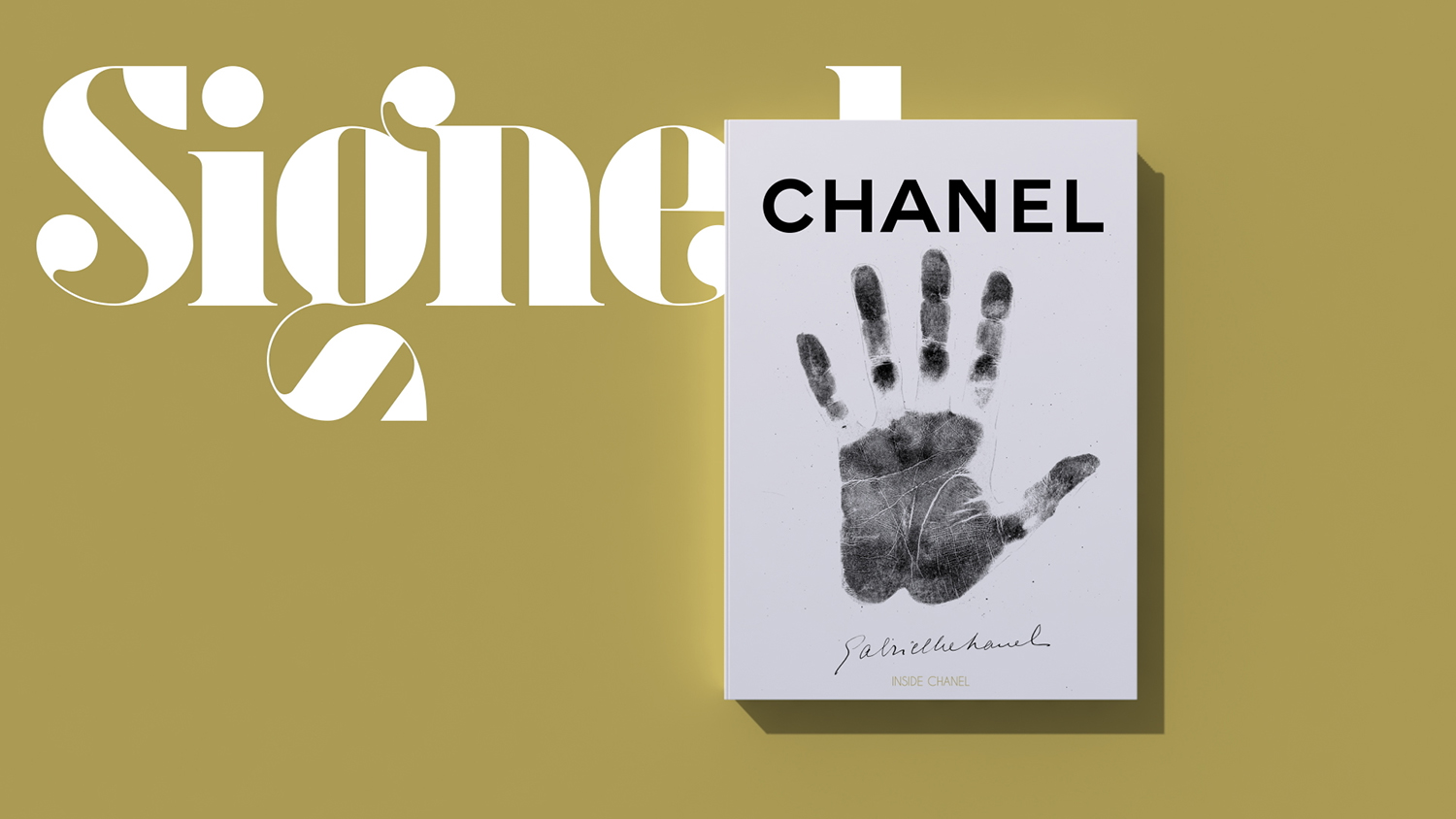