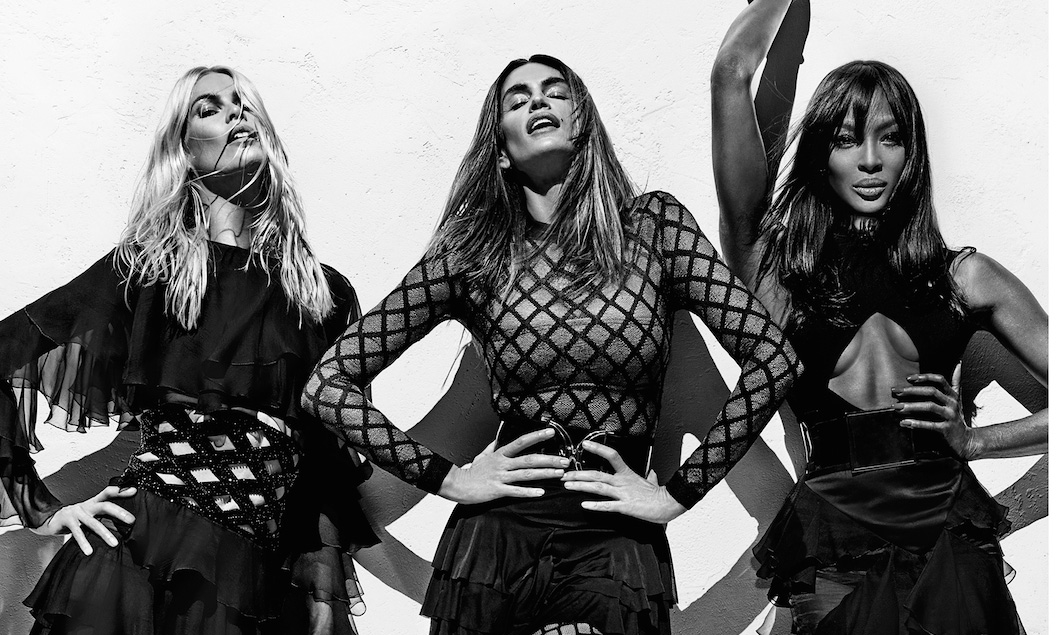 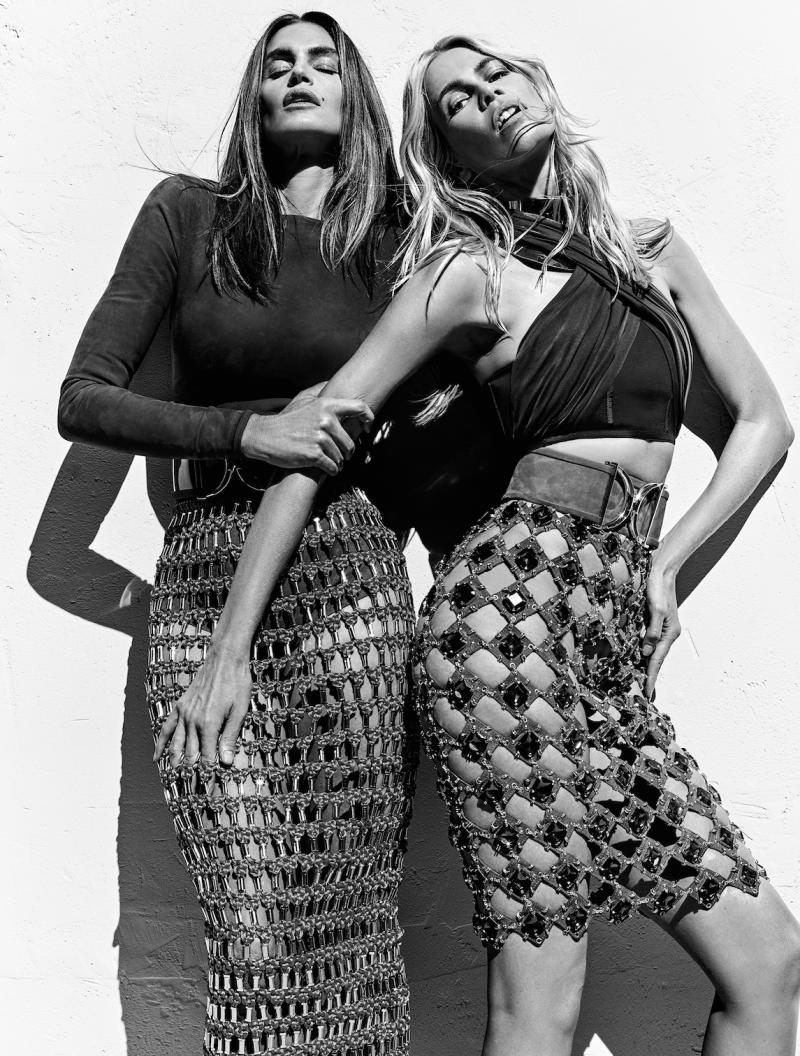 Cindy Crawford, Naomi Campbell and Claudia Schiffer gave gravitas to the campaign, an undeniable charm and truly timeless beauty. Of course, the overwhelming sense of nostalgia was present, which Rousteing confirmed in a statement:

“When I was a schoolboy in Bordeaux, it was their editorials that first made clear to me the amazing transformative power of fashion. Still today, many years on, their iconic images are often found amongst the jumble on mood boards in my (and almost every other designers’) atelier. To say that working with them was a dream come true is no exaggeration.” 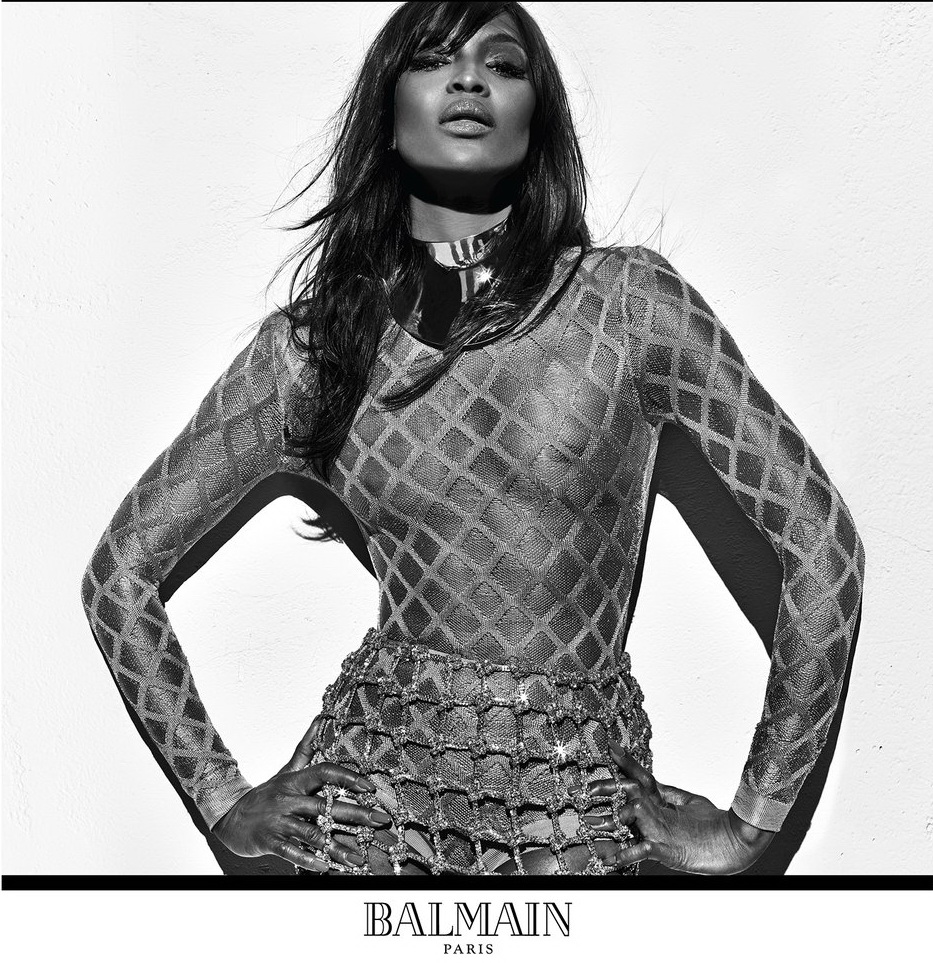 The idea for the campaign was Rousteing’s and Pascal Dangin’s, creative director of the project. The shooting took place in New York City, under the minimal lightning, with the concept of putting everything aside, from hair and make-up, to the lightning and studio setting just to focus on two most important things at the moment – the iconic supermodels themselves and the clothes.

“I felt like I was dreaming as I was watching the photo shoot, because I knew it was going to be something iconic that I would never forget. You realize working with them, it’s another way than working with the models of today. They know so much about themselves. Their career is so strong. They know their bodies so well. They move at the same time that the camera is moving”, said Rousteing about the shooting of Balmain’s latest, and by all means, very successful campaign.

The one-of-a-kind Balmain Festival is an annual celebration mixing the best in food, music, and fashion. Every year, the festival expands in size and scope. It began as a concert and runway for 1,500 in 2019 and now, in 2022,...