A troupe of eclectic bohemians is pictured among the ruins of the temples of the Selinunte Archaeological Park in Sicily for the Gucci Pre-Fall 2019 advertising campaign. 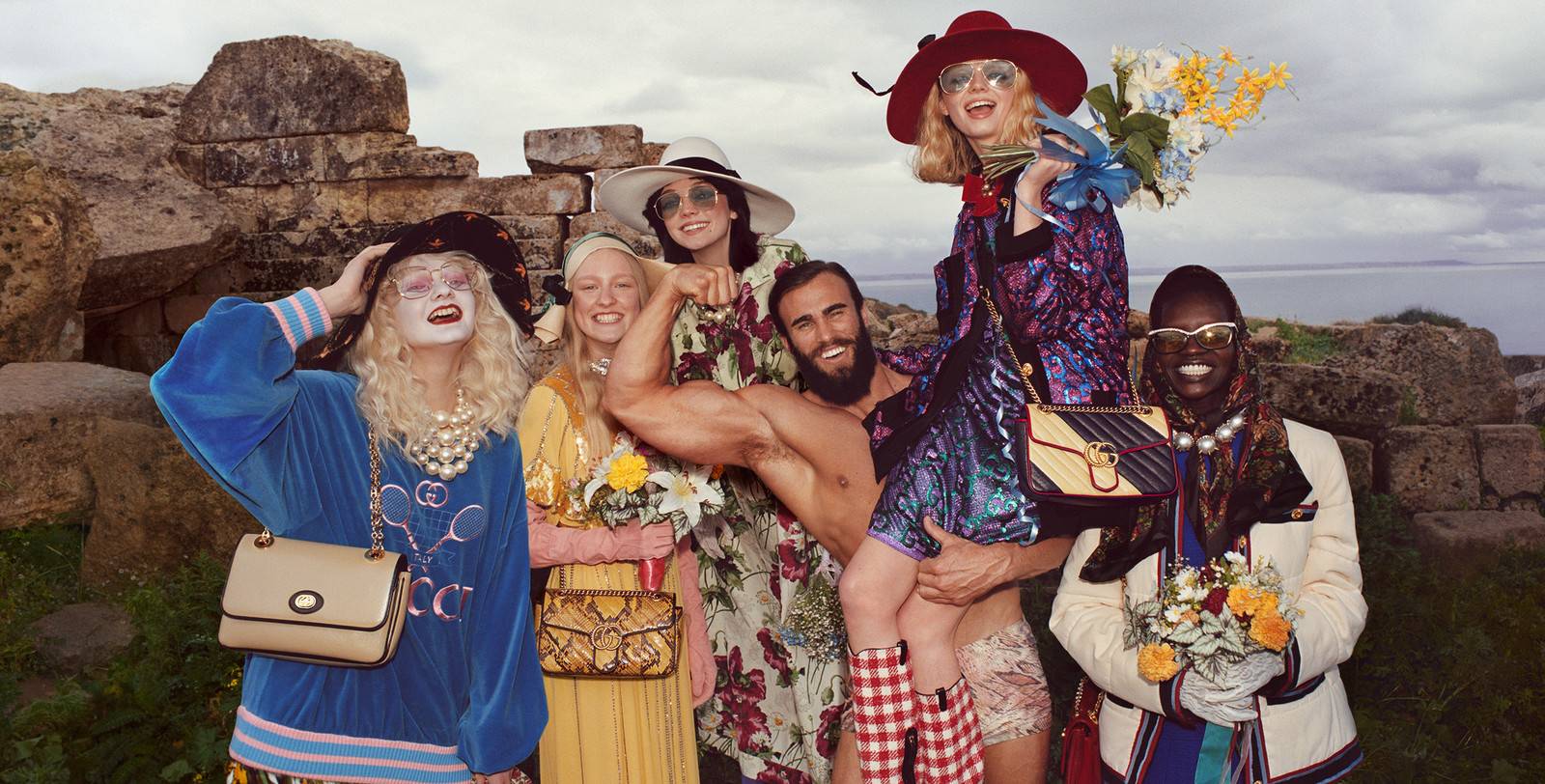 Situated on the southwestern coast of Sicily in Italy, the ancient Greek city is the set of Gucci’s modern-day version of a symposium—where friends and lovers meet to discuss philosophical and political issues, read poems, play music and sport, and dance together. 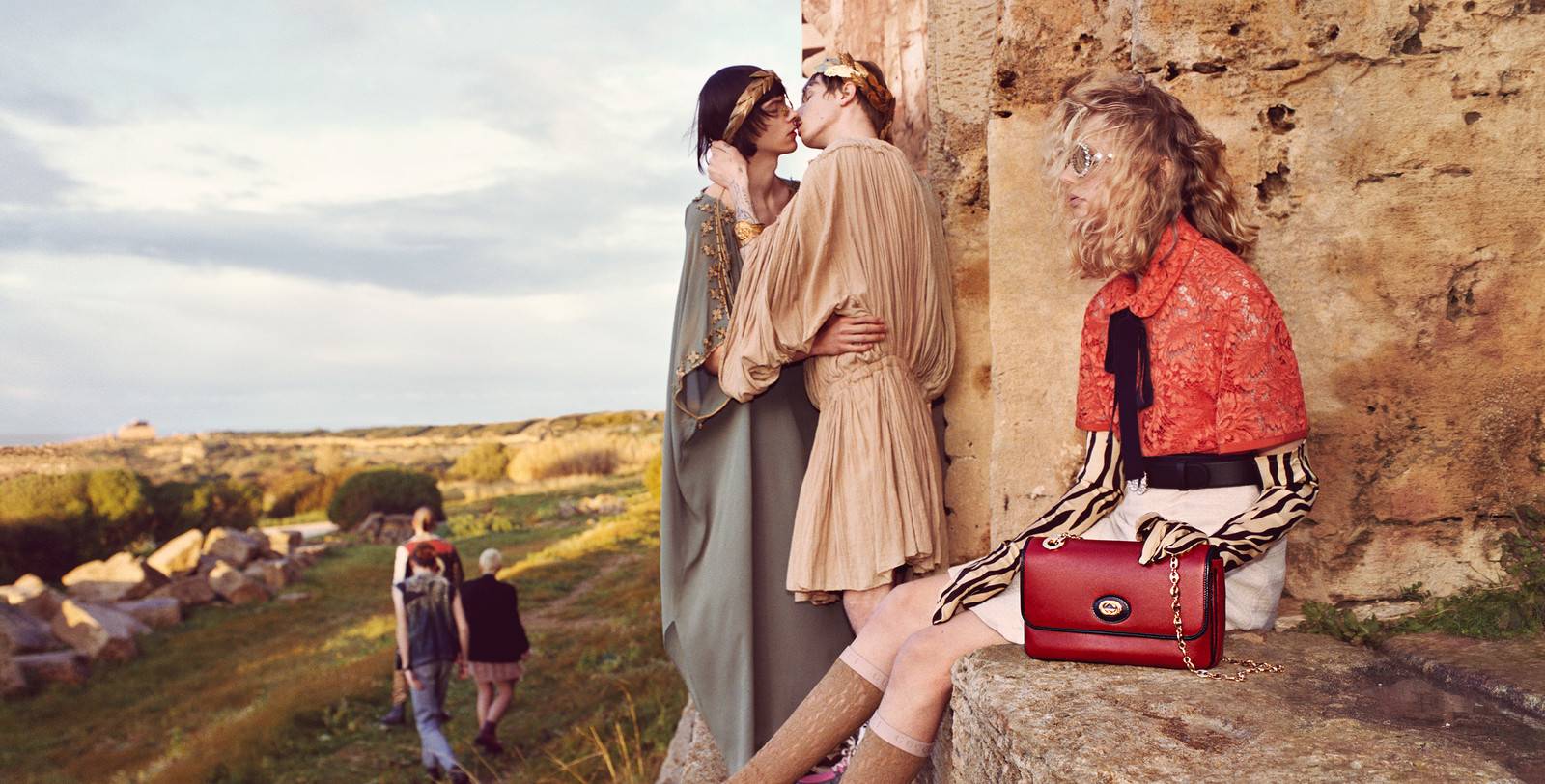 Reinterpreting this unique site which was home to pagan culture, Alessandro Michele imagines a mythical place suspended in time, where diversities coexist harmoniously. He creates a contemporary fresco of freedom and expression in which the antique becomes the propeller of the present. 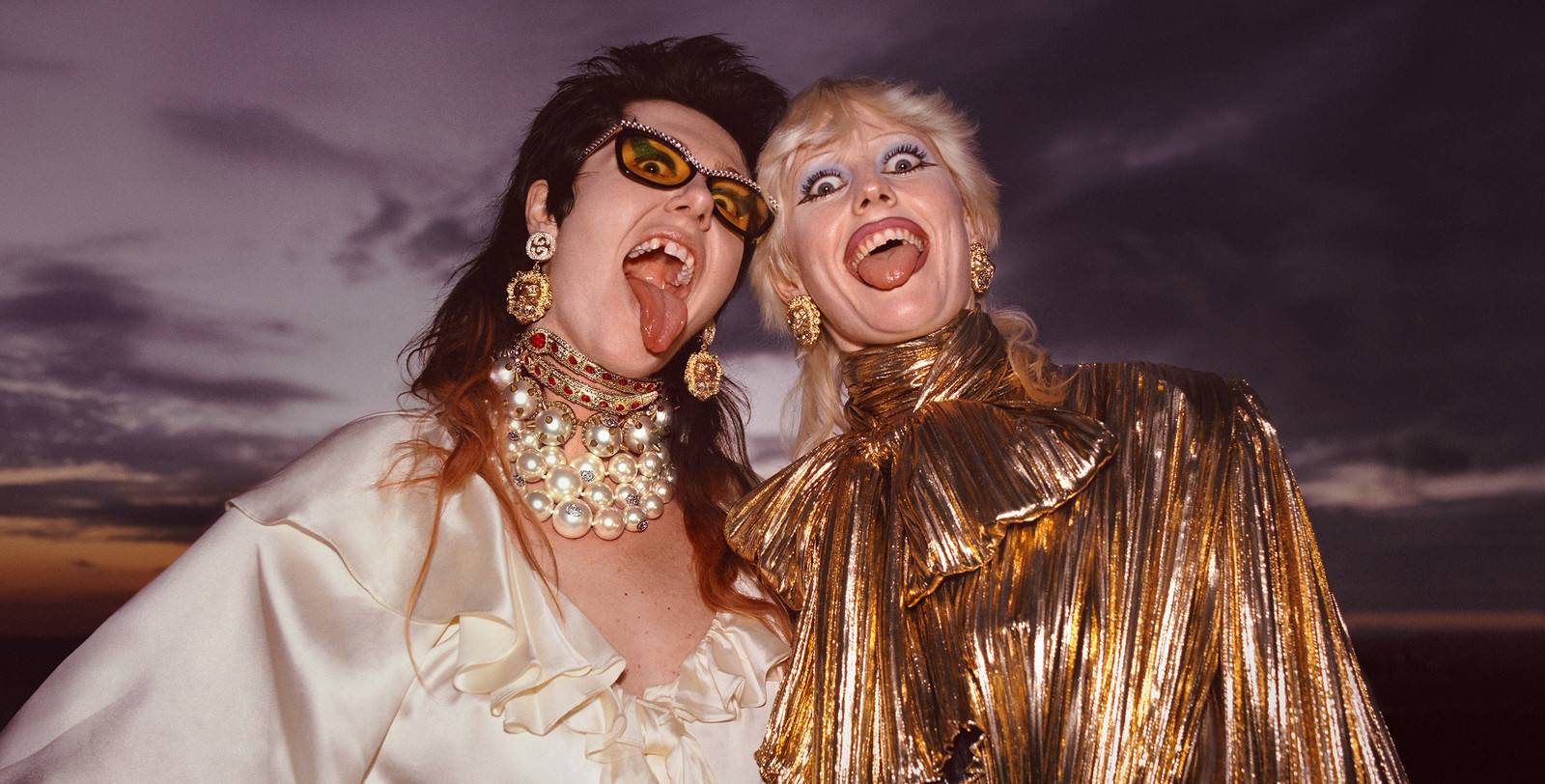 Capturing Gucci’s magpie method of cultural juxtaposition, the youths at play in these images are drawn from the counter-cultural groups typically seen on Venice Beach in California – hardcore punks, rollerbladers, bodybuilders and surfers. Art directed by Christopher Simmonds and photographed by Glen Luchford, the campaign features the collection by Alessandro Michele. 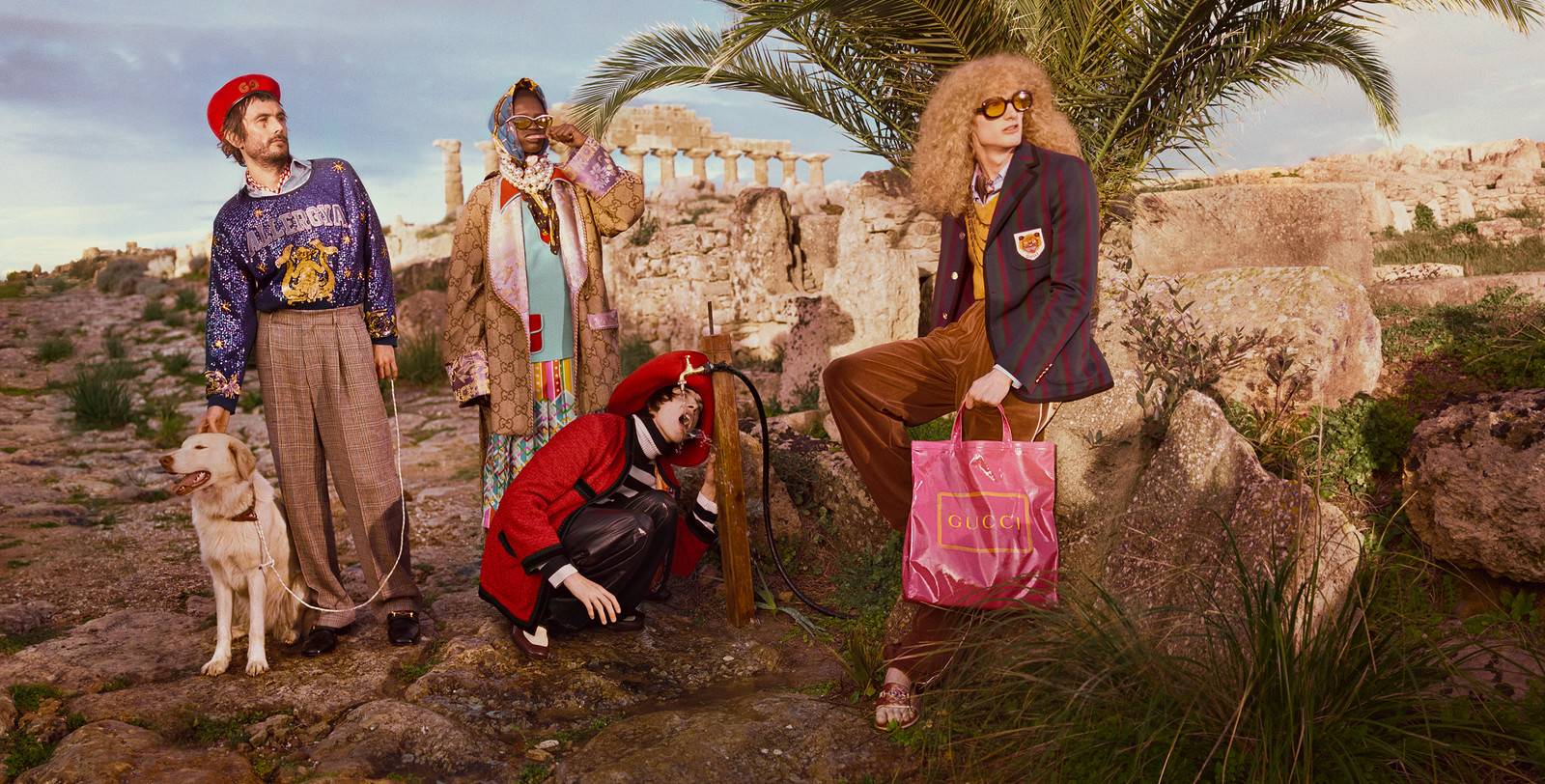