Gucci Epilogue 2021: Alessandro Michele’s homage to Gucci in the 70s

A message about leaving behind fashion’s old rules, Epilogue is Alessandro Michele’s collection, which is also his experiment. In place of models there are those who designed the clothes wearing the clothes, members from the Gucci design team. 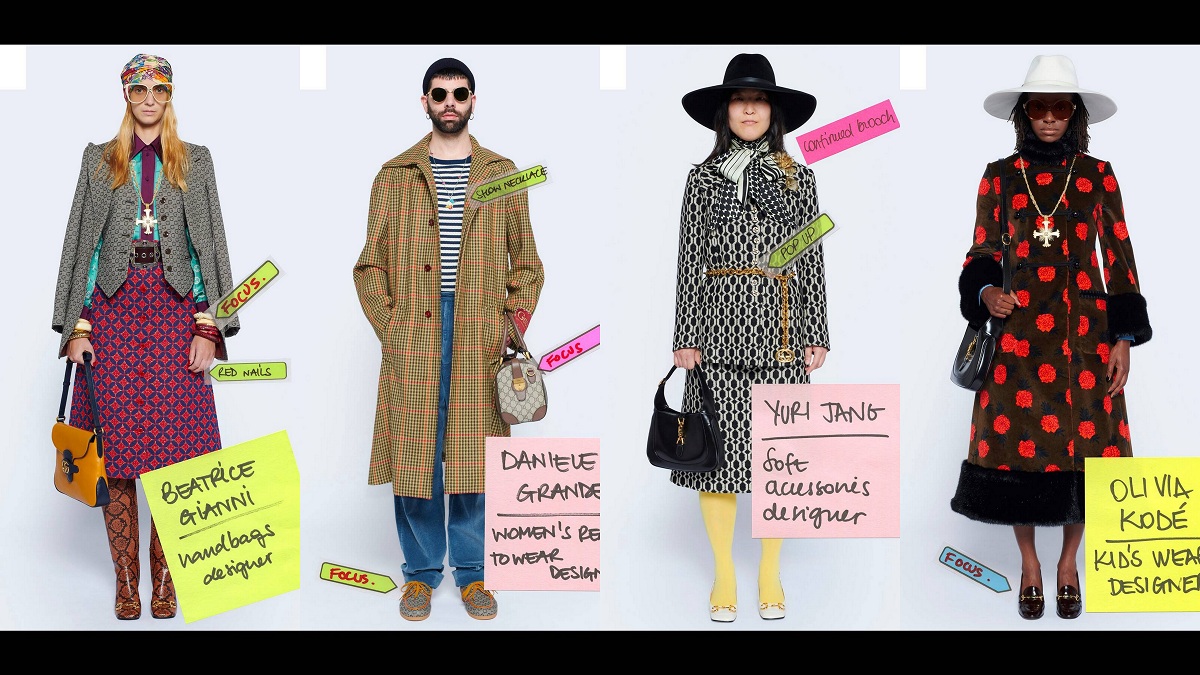 To convey the idea that pieces should be able to be worn always, and not just in fashion for one season, inside the 76 men’s and women’s looks are the creative director’s own design motifs from the past 5 years—the necktie blouse for his first collection, long cardigans, T-shirts tucked into jeans and bags Dionysus, Ophidia and Jackie 1961. 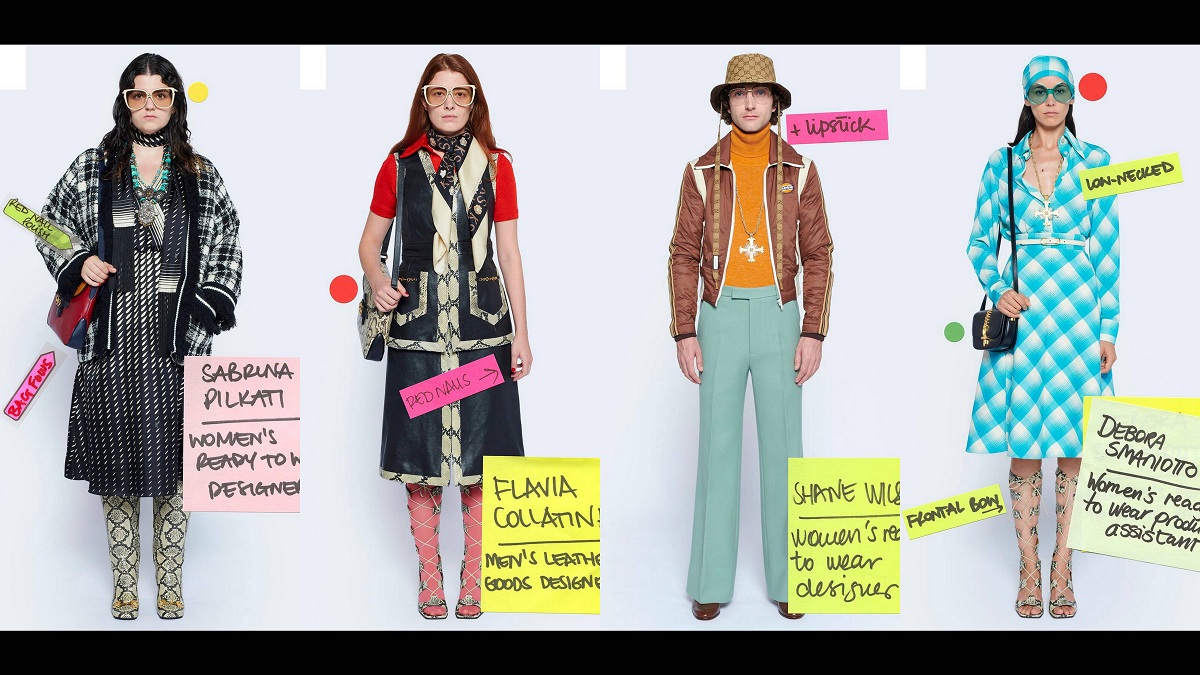 The lineup takes shape in silhouettes inspired by the 70s, with vivid colors and patterns—featuring oversized botanical prints and rainbow stripes sourced from Ken Scott’s archive, an American designer who lived in Milan in the 60s and 70s. 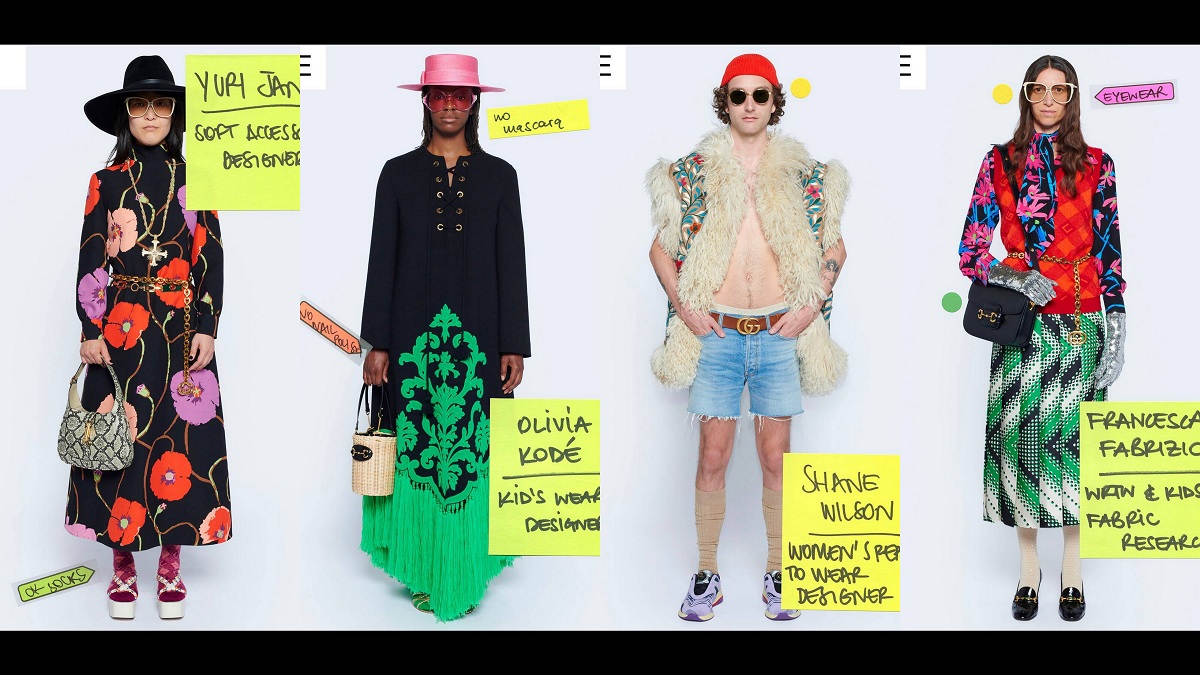 Alessandro Michele works, he admits, by subtracting, adding and moving around designs and shapes. Inside the collection there is the idea of clothes of the bourgeoise designed to be worn by the kid on the street, the types of clothes worn by an elderly man, a memory of a maths teacher, along with a certain type of elegance that reminded the designer of his grandmother who lived in shirt dresses. 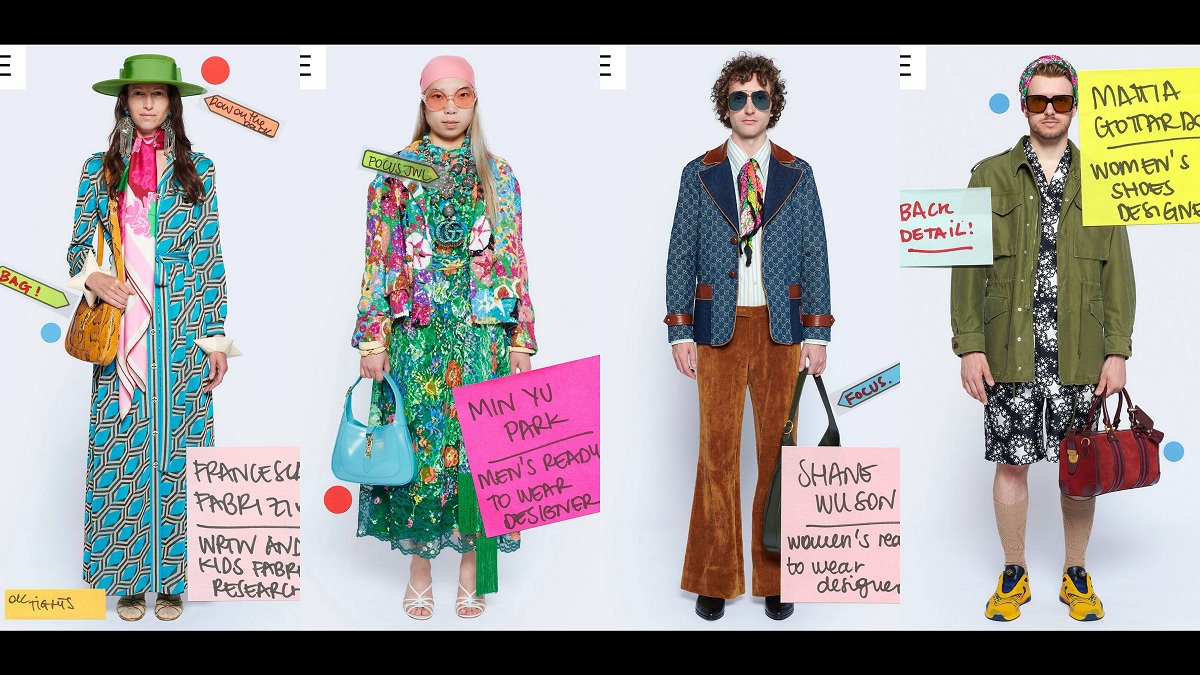 Other collaborations are also found: Donald Duck and his triplet nephews Huey, Dewey and Louie, floral and paisley Liberty prints on men’s shoes, and another cartoon favorite of the designer, Doraemon printed like a comic strip on a GG motif tote. 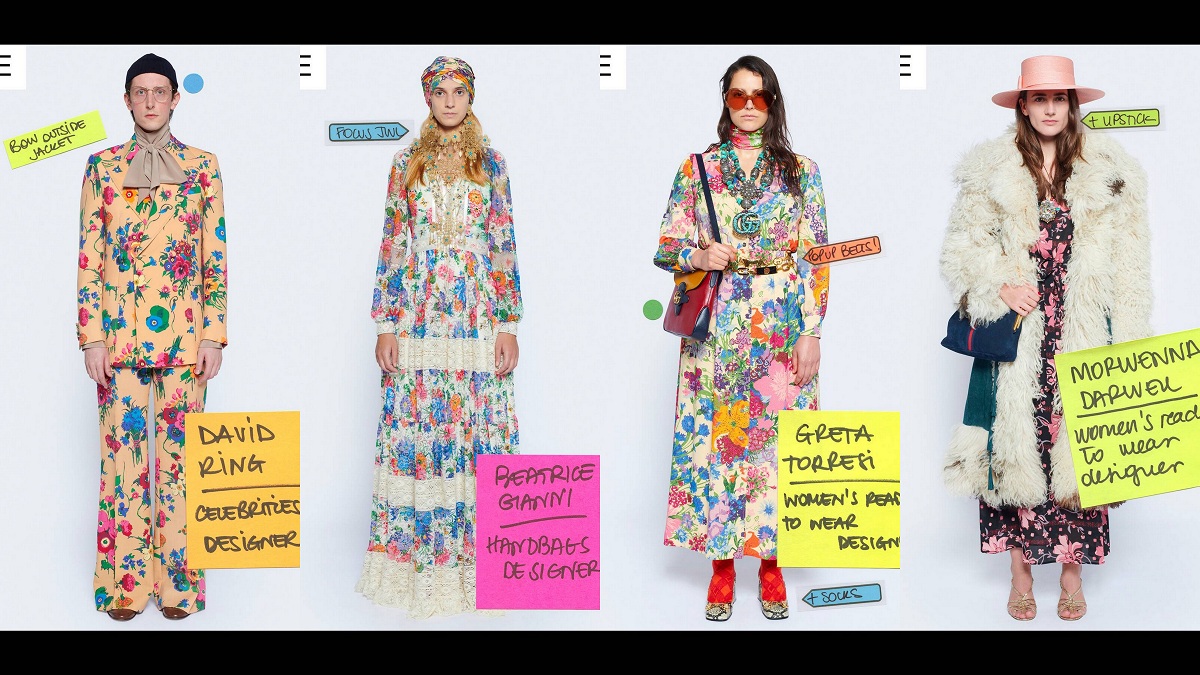 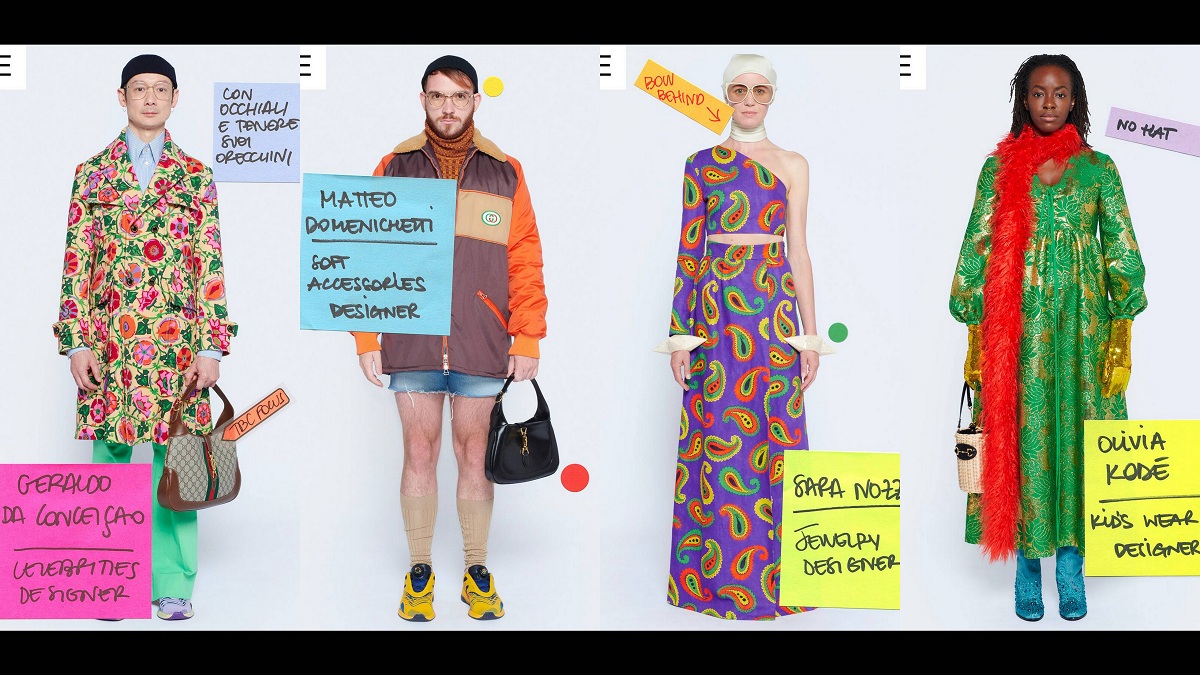 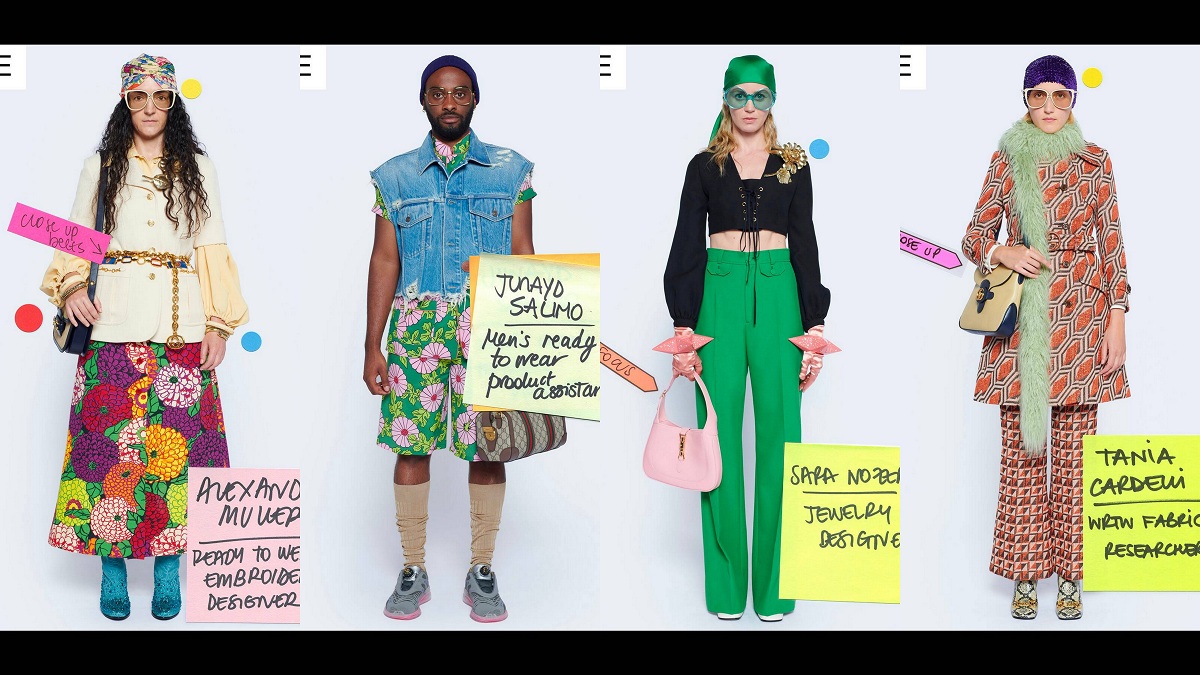 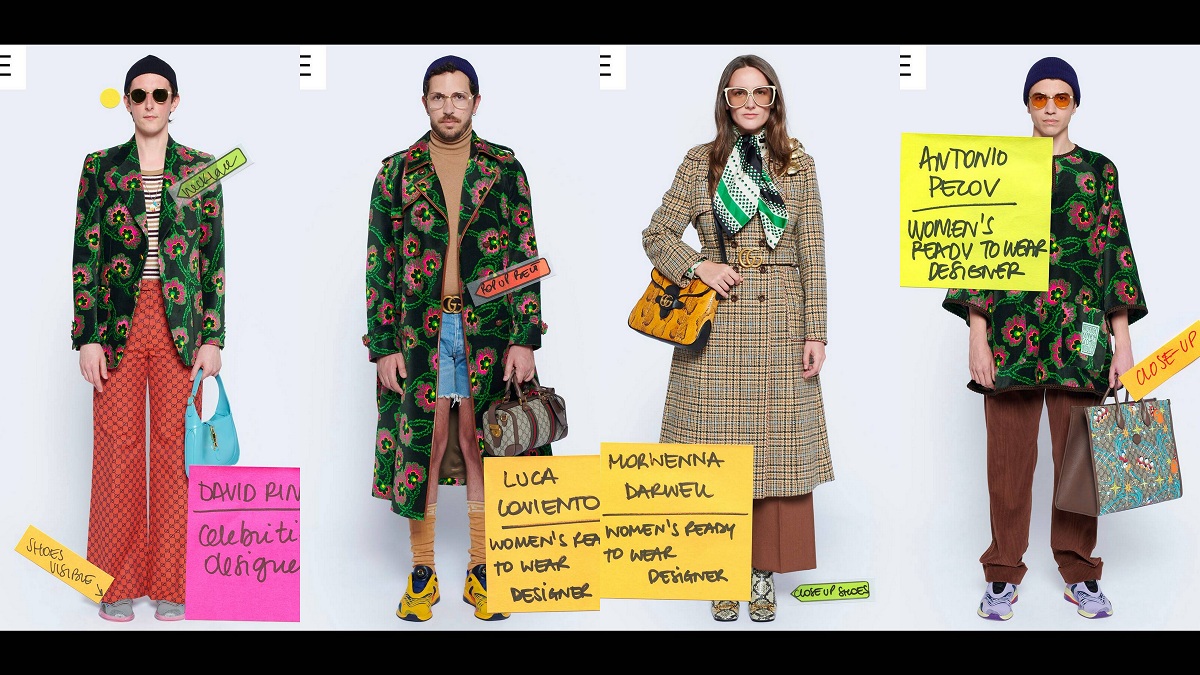 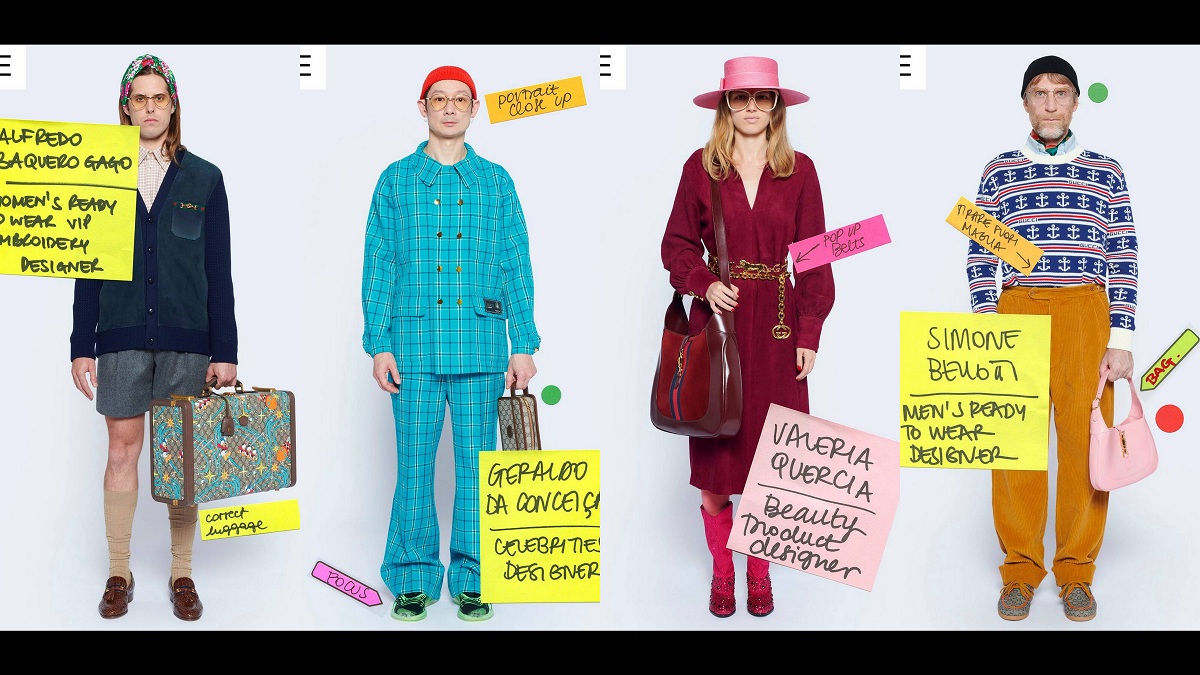 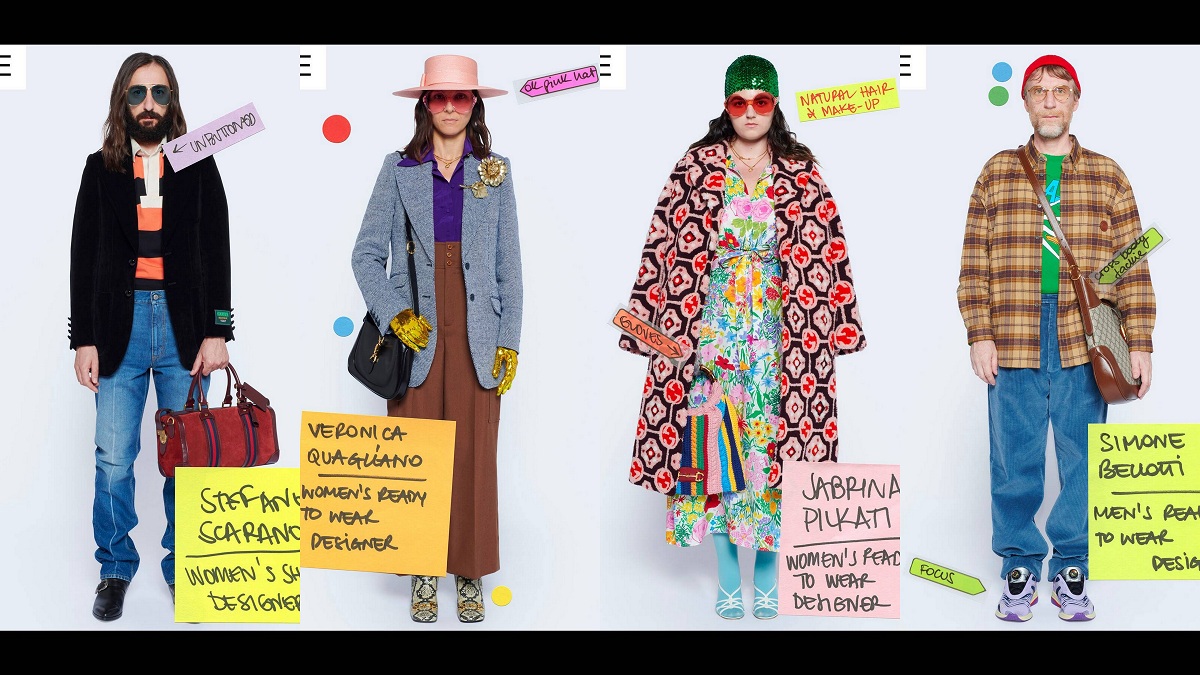 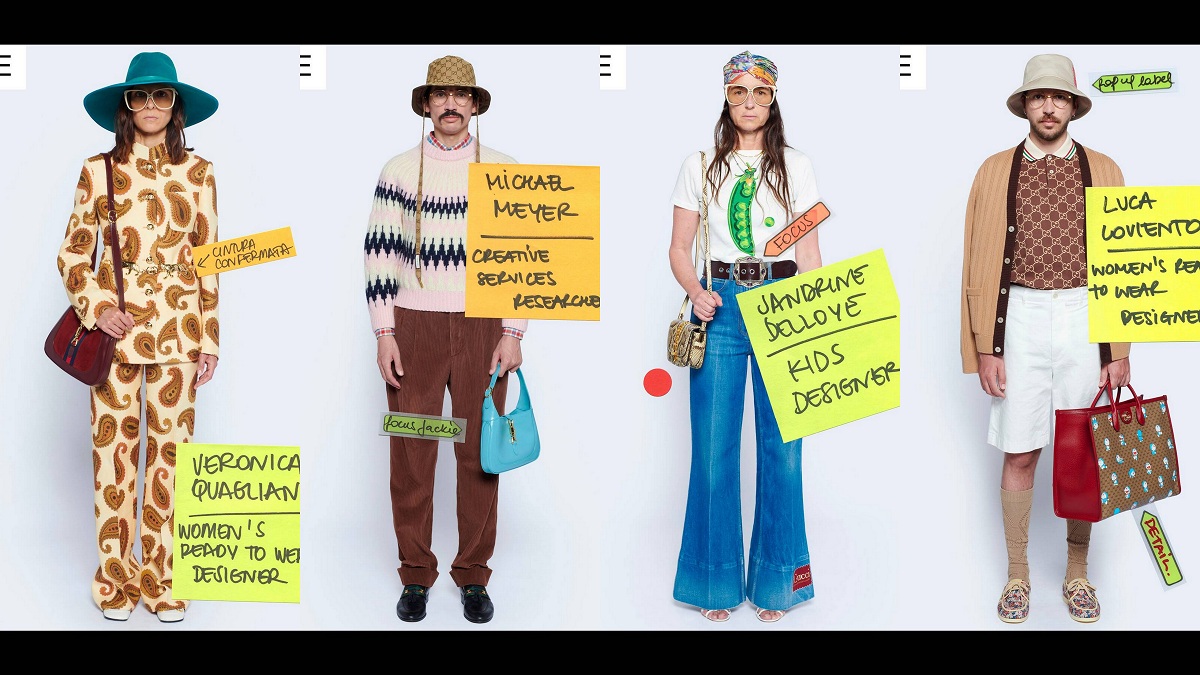 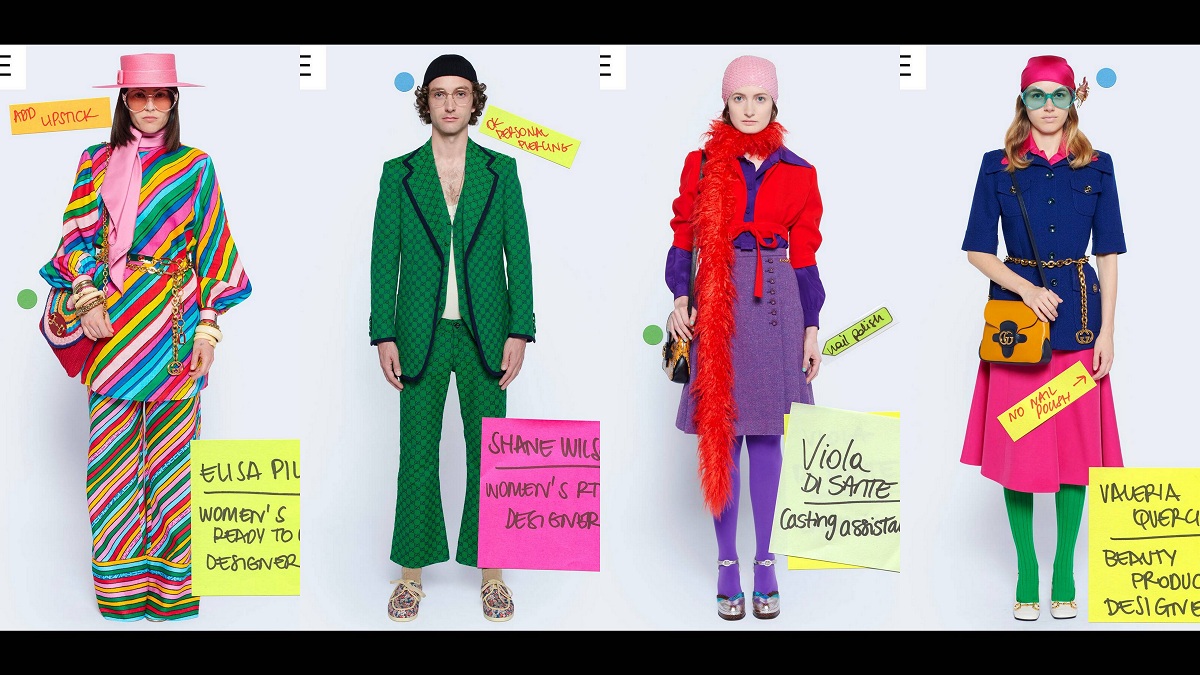 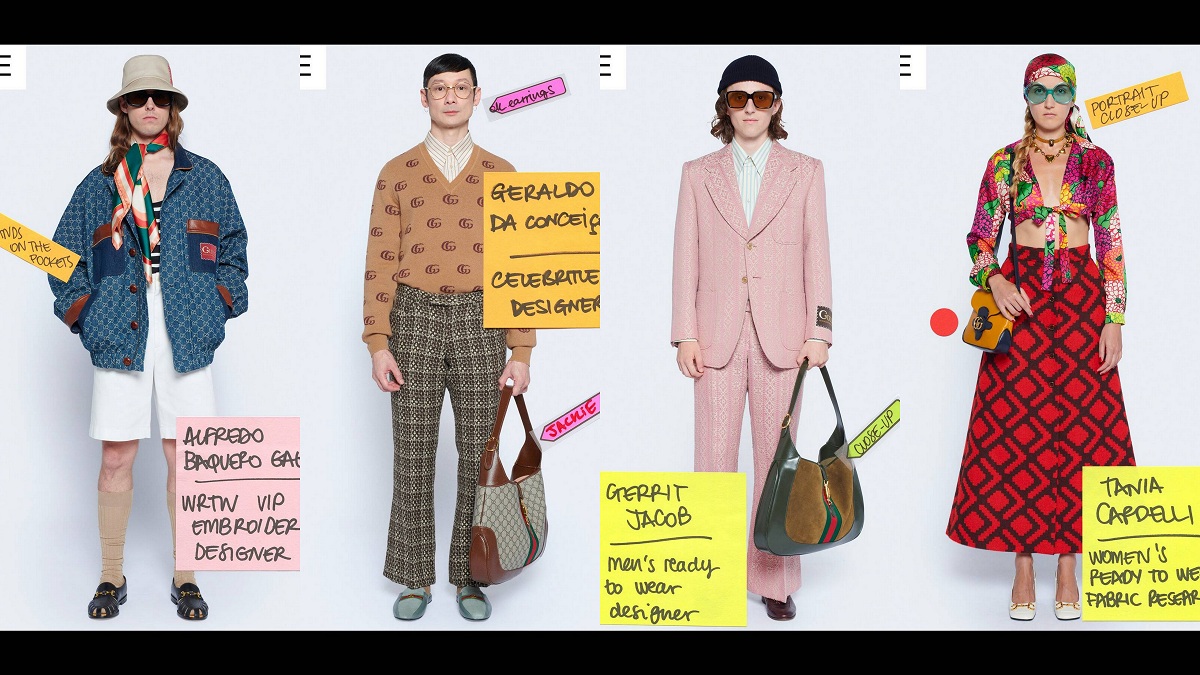 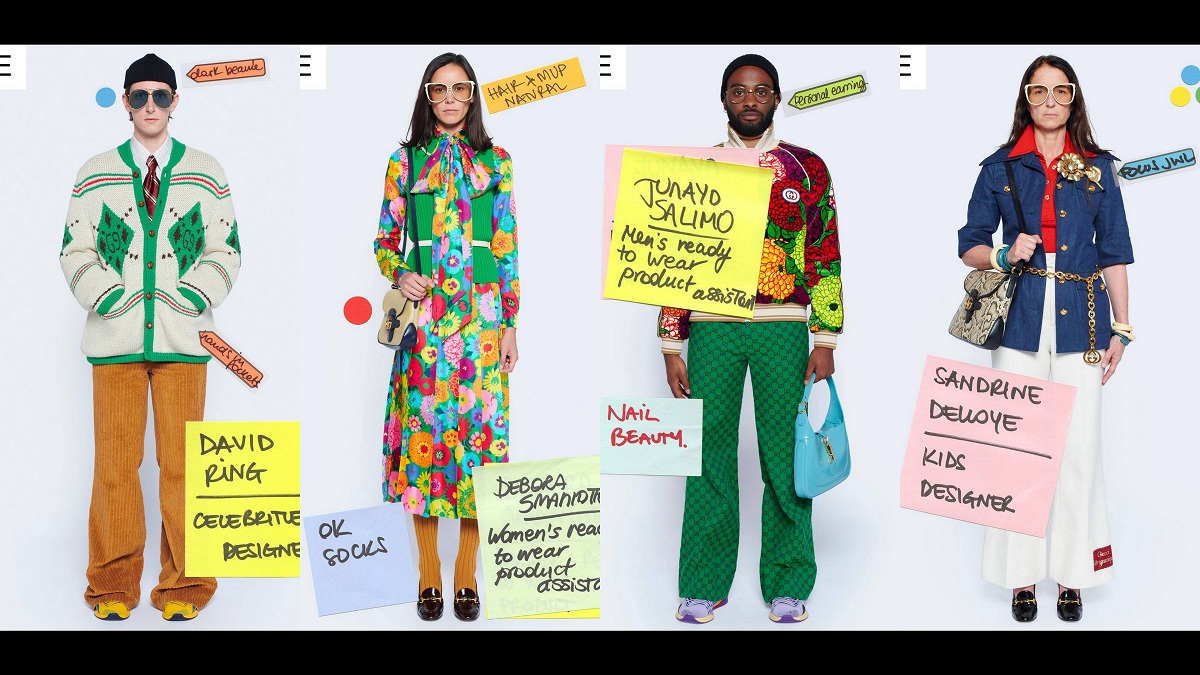 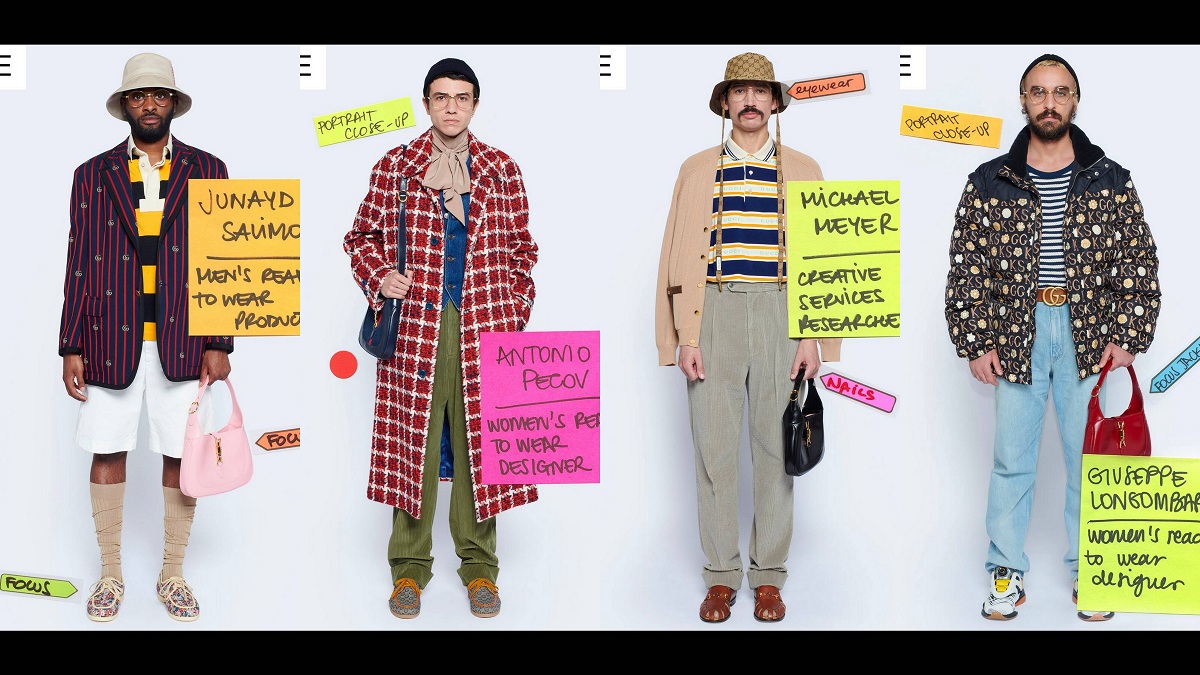 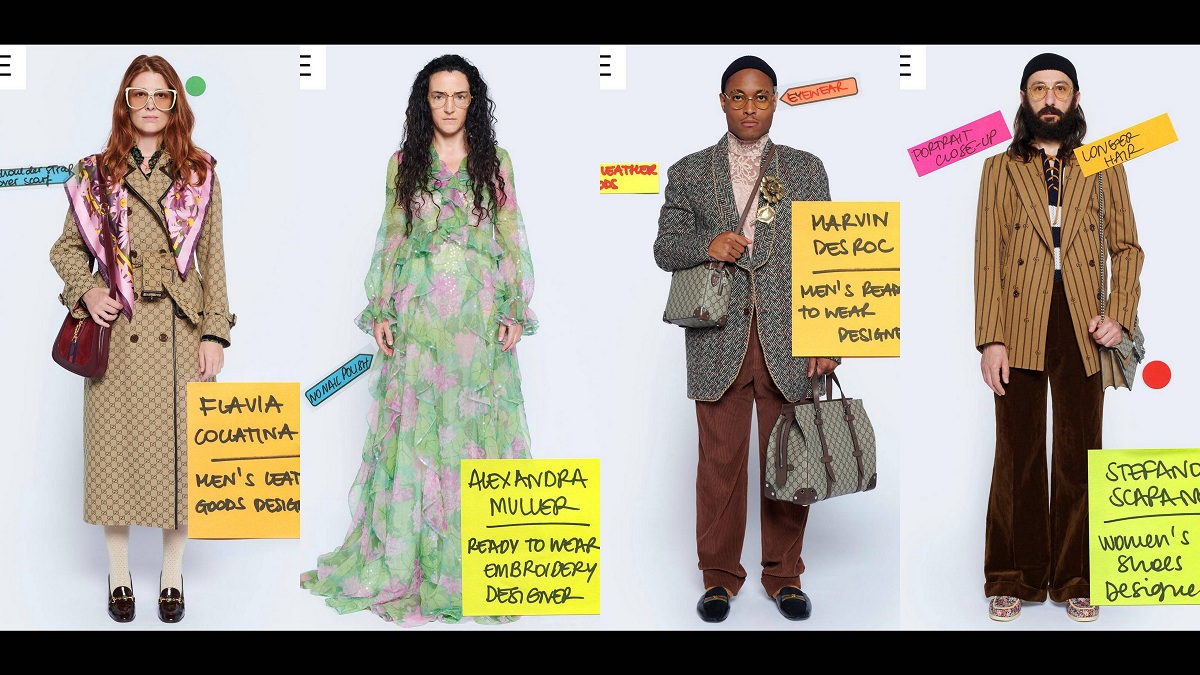 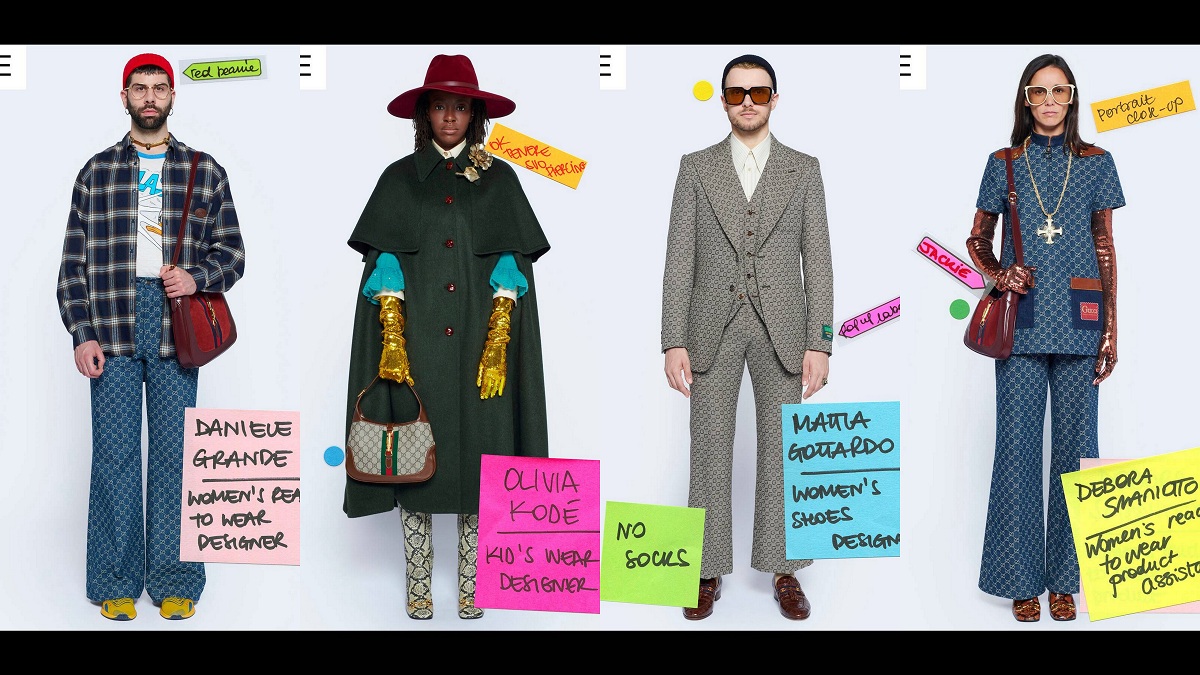 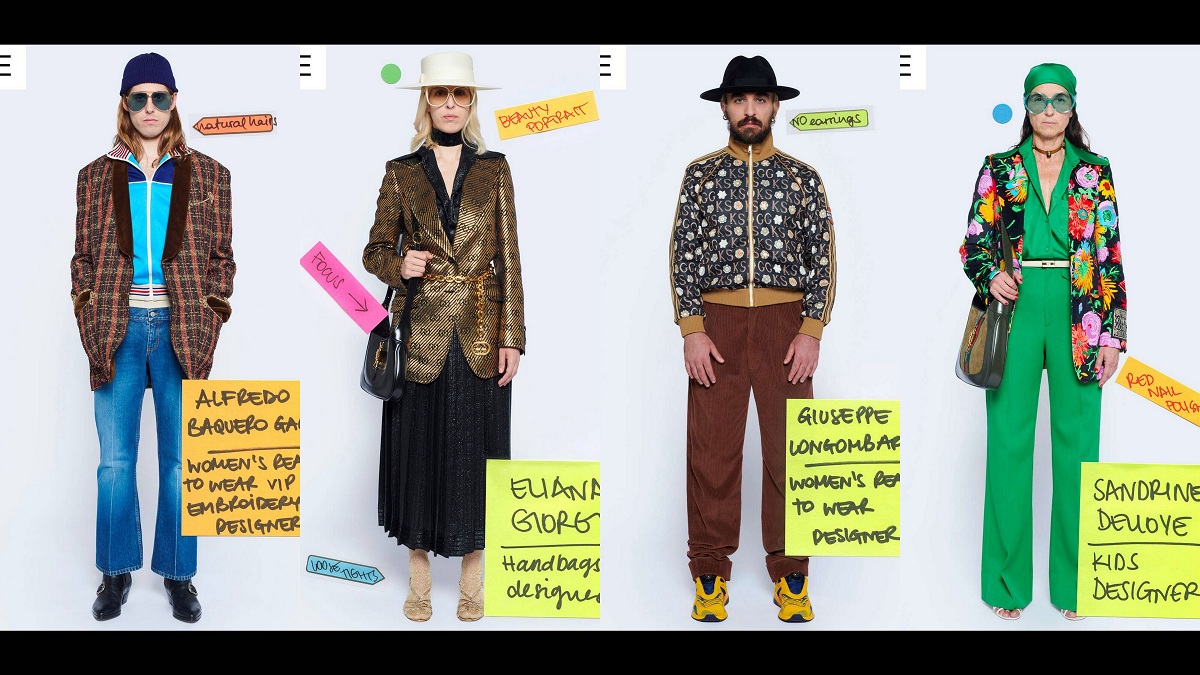