Lined with lichen-covered tombs from an ancient world, Gucci has presented the Cruise 2019 collection on the Promenade Des Alyscamps near Arles, France. The site that once inspired Van Gogh for his Alyscamps paintings from October 1888, is the final resting place of notable citizens sent to be buried in this prestigious Roman cemetery from the 4th century A.D.. On May 30th, the tree-lined promenade served as the setting for Alessandro Michele’s men’s and women’s collection. 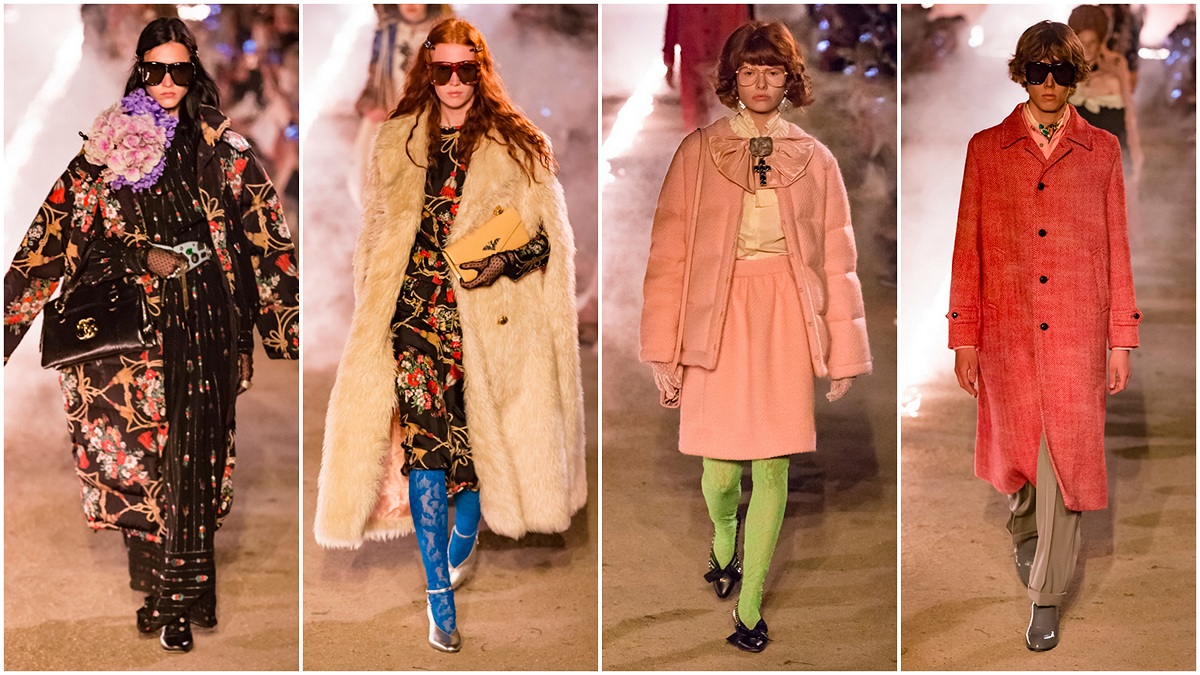 “Alyscamps is a Roman cemetery, but it’s also not a cemetery, it was a promenade, it became a walk in the 1700s; it is hybridized, it does not look like a cemetery because it is and it isn’t. I like things that seem like something but are not,” said Alessandro Michele. 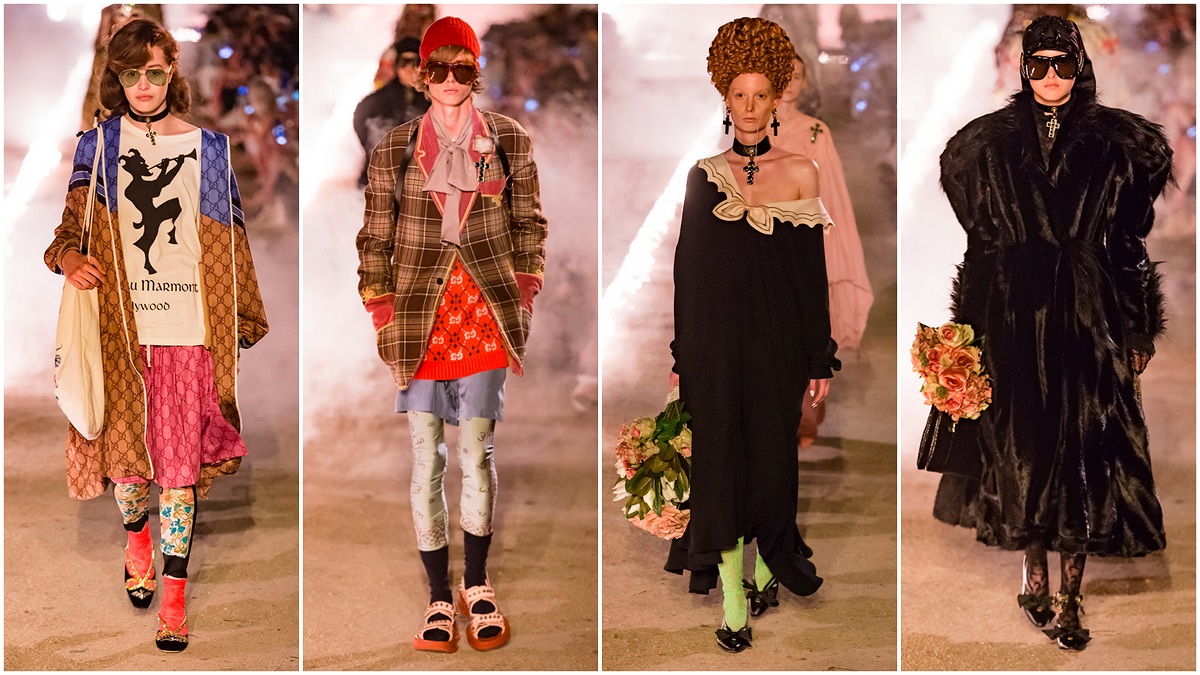 Widows clutched flowers in embroidered velvet gowns and capes, kids played rock stars wearing tiger striped narrow pants and fluorescent belt bags. The guests—models—of the rave walked the Promenade Des Alyscamps after dark in Arles, in looks designed for a party in a cemetery imagined by Alessandro Michele. Pan, the mascot from the Hotel Chateau Marmont appeared on laundry style shoulder bags, and scarves featuring the Flora print wrapped intricate hairstyles inspired by the end of the Roman empire. 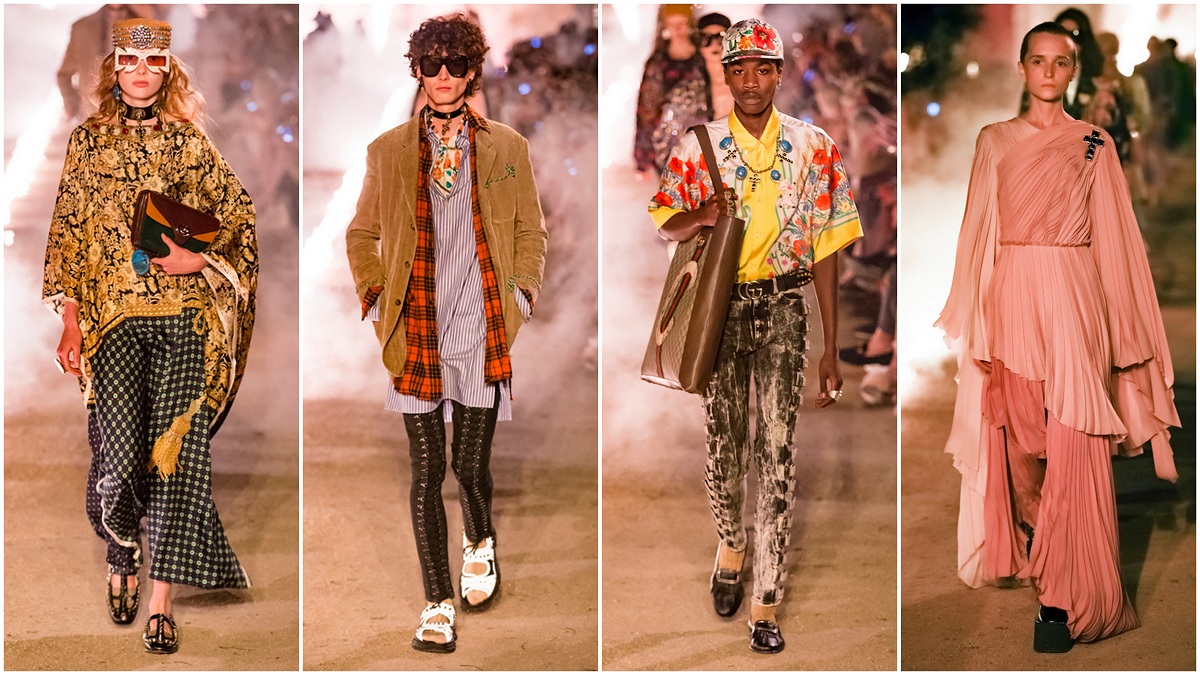 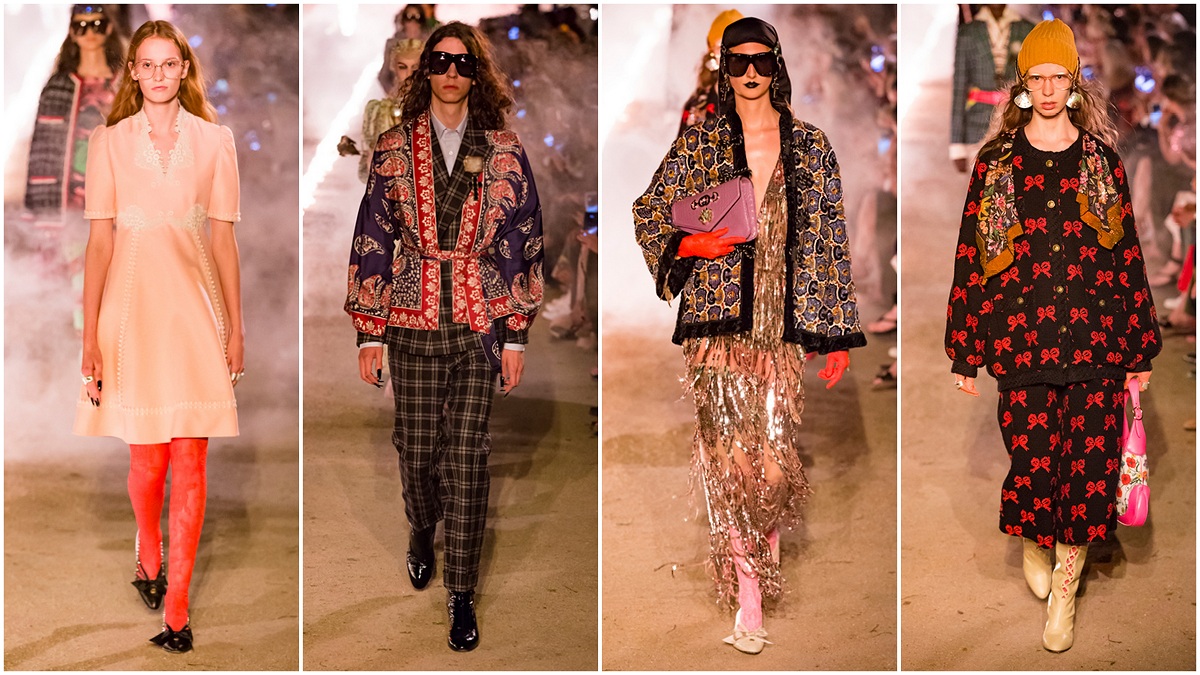 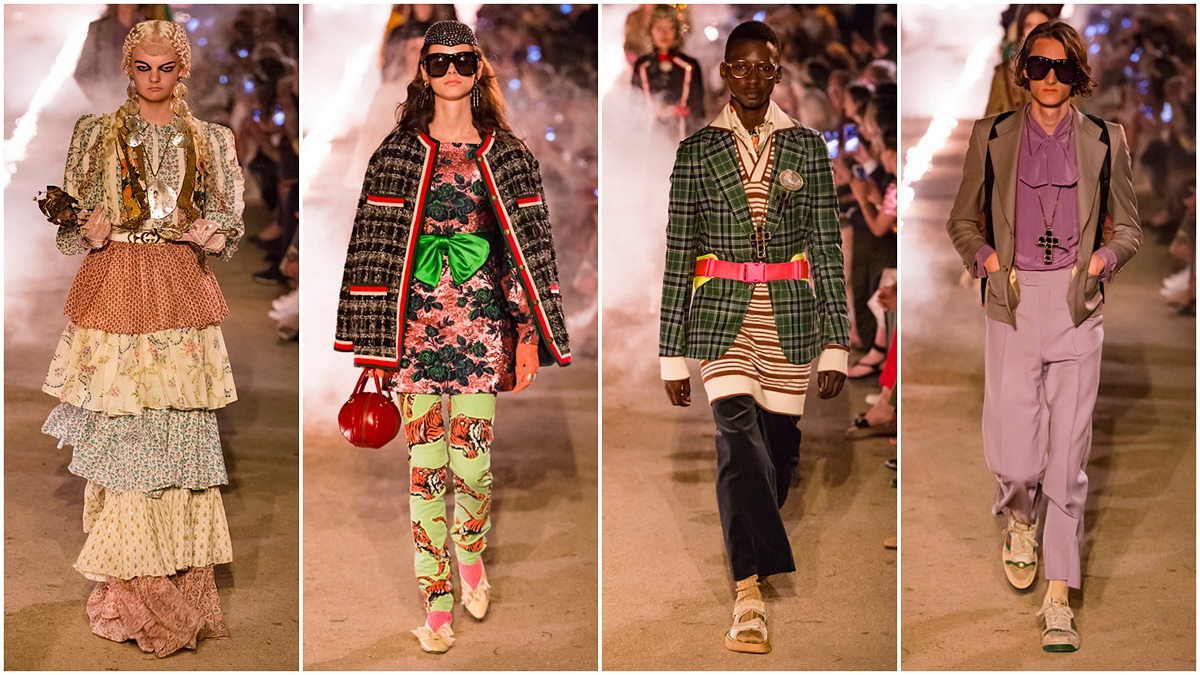 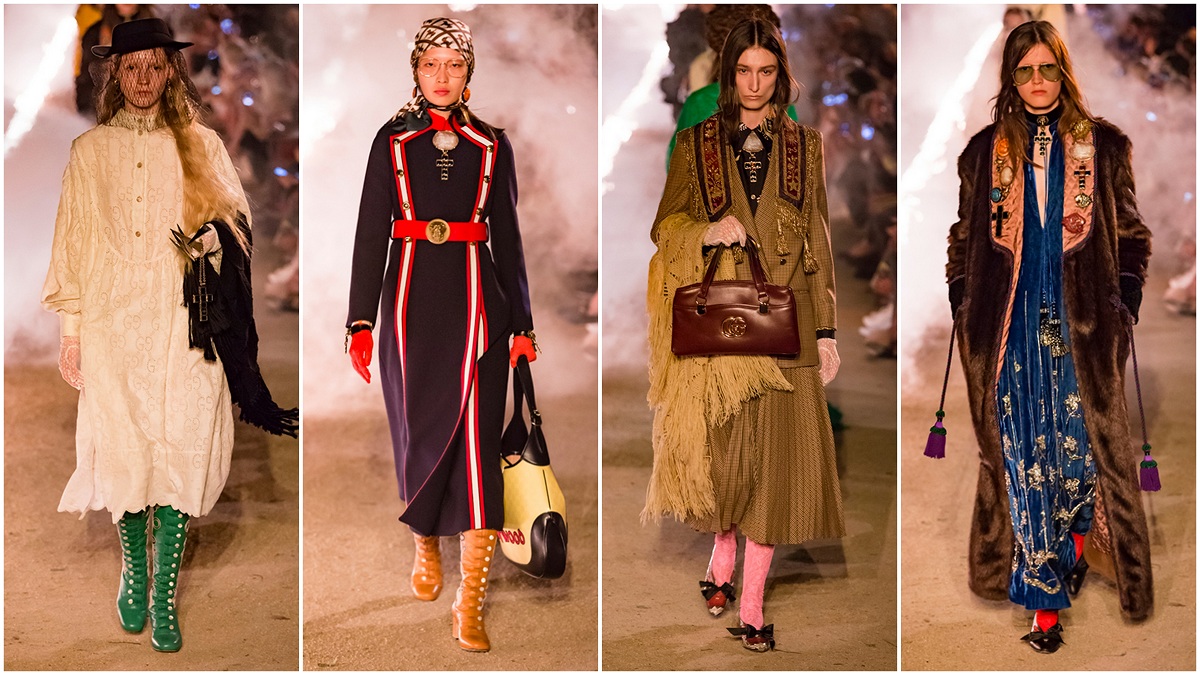 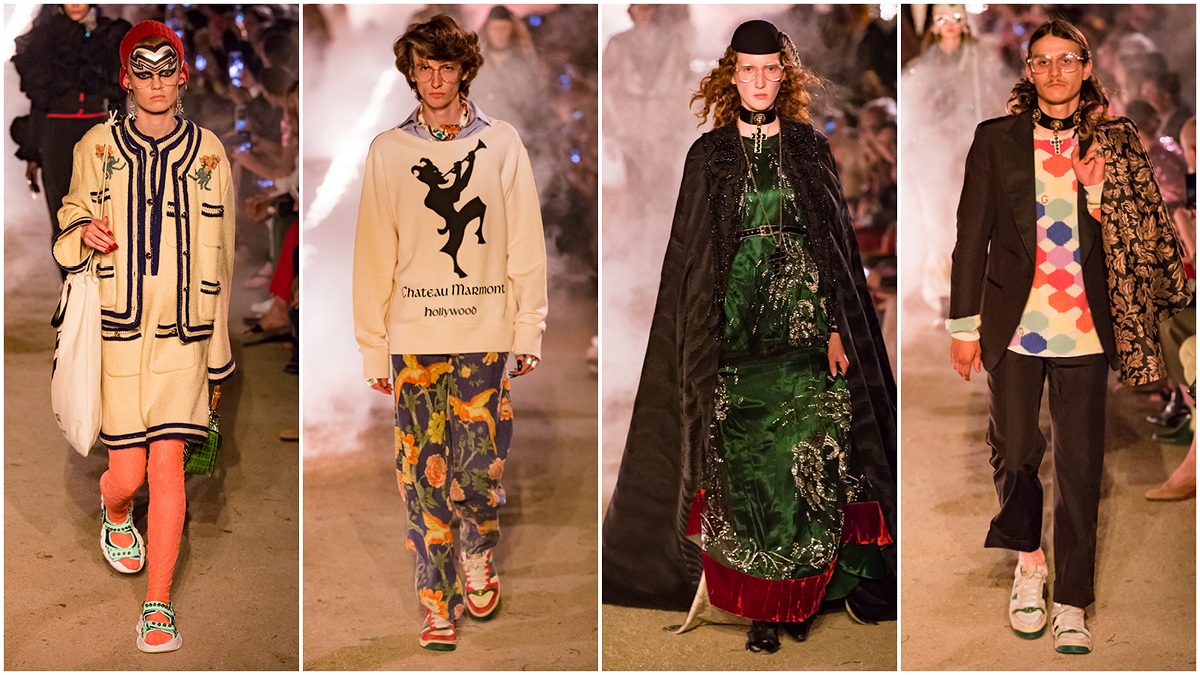 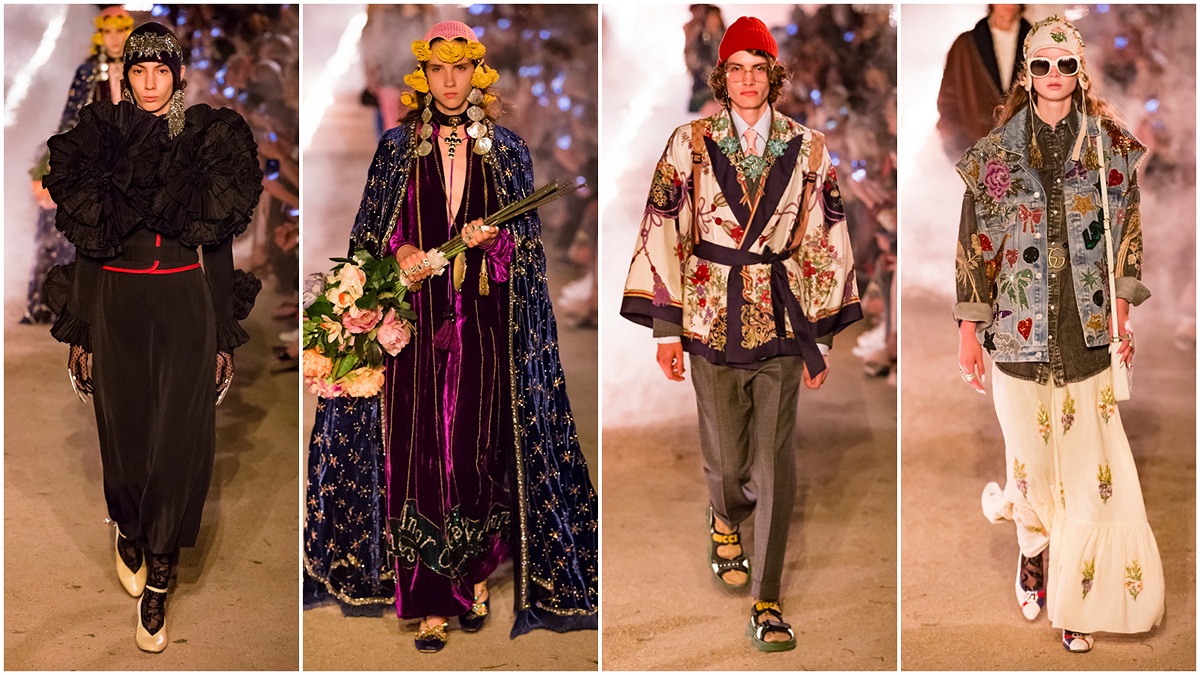 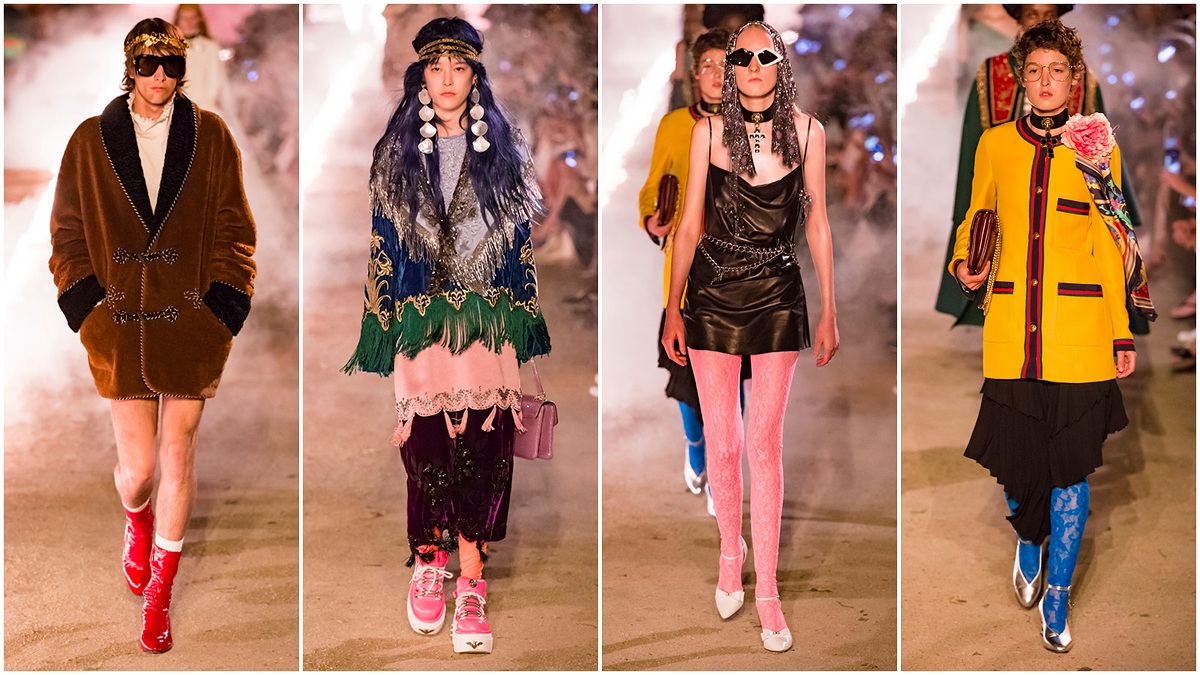 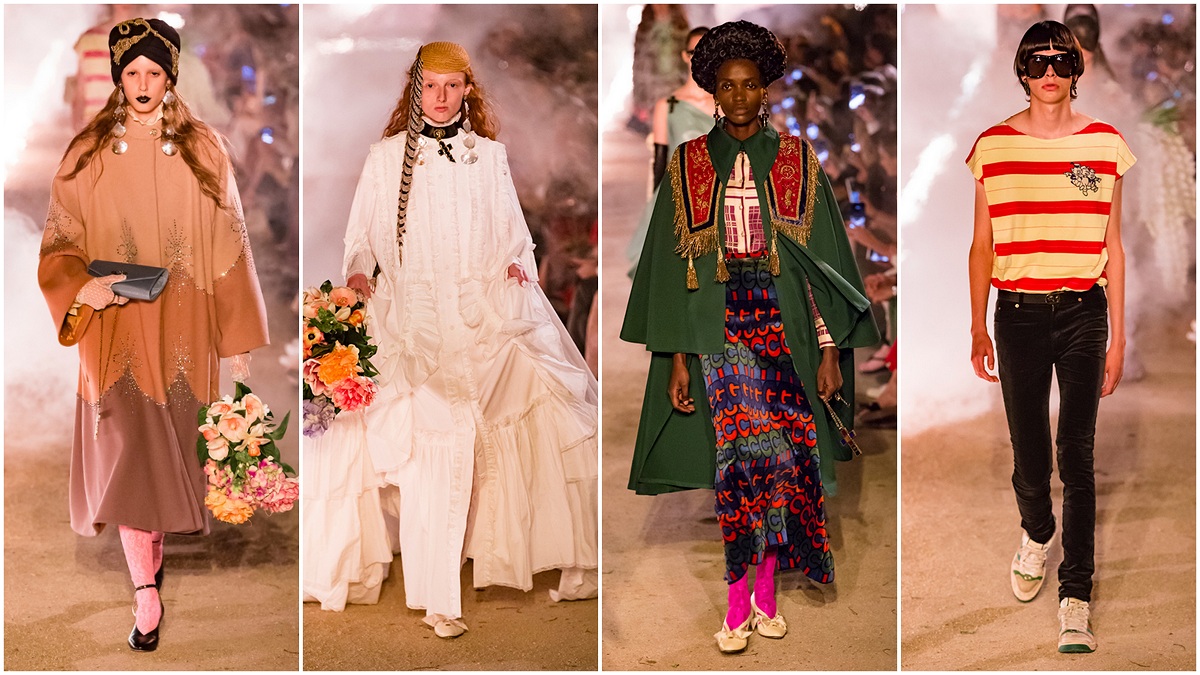 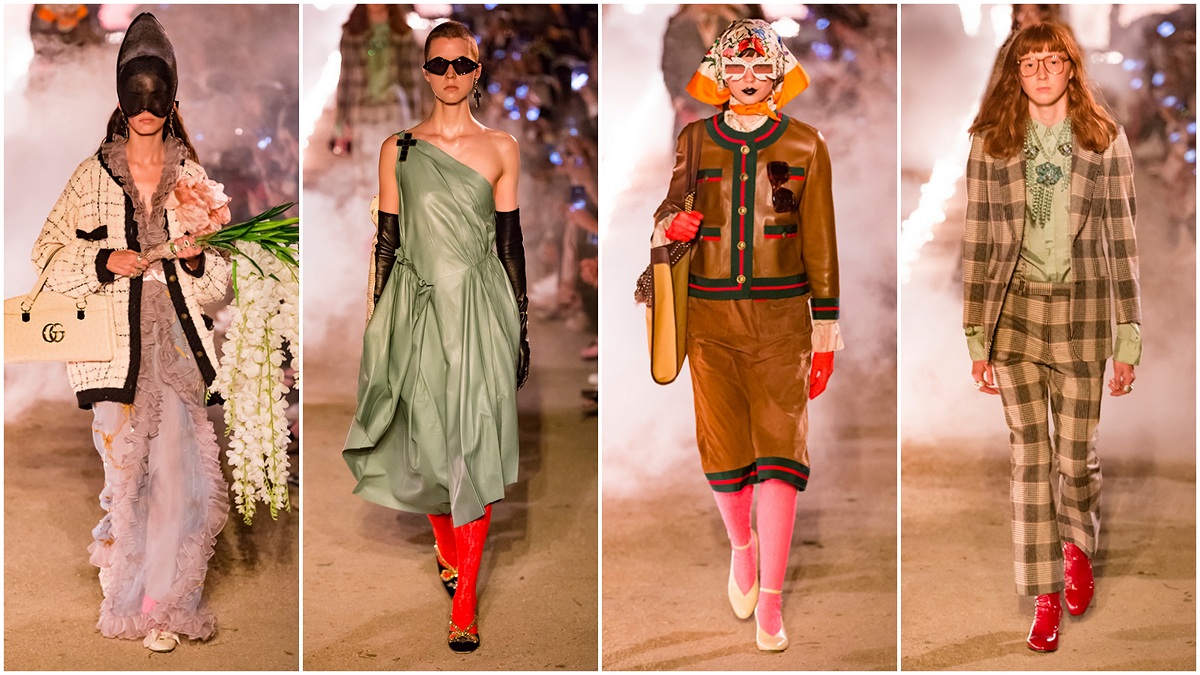 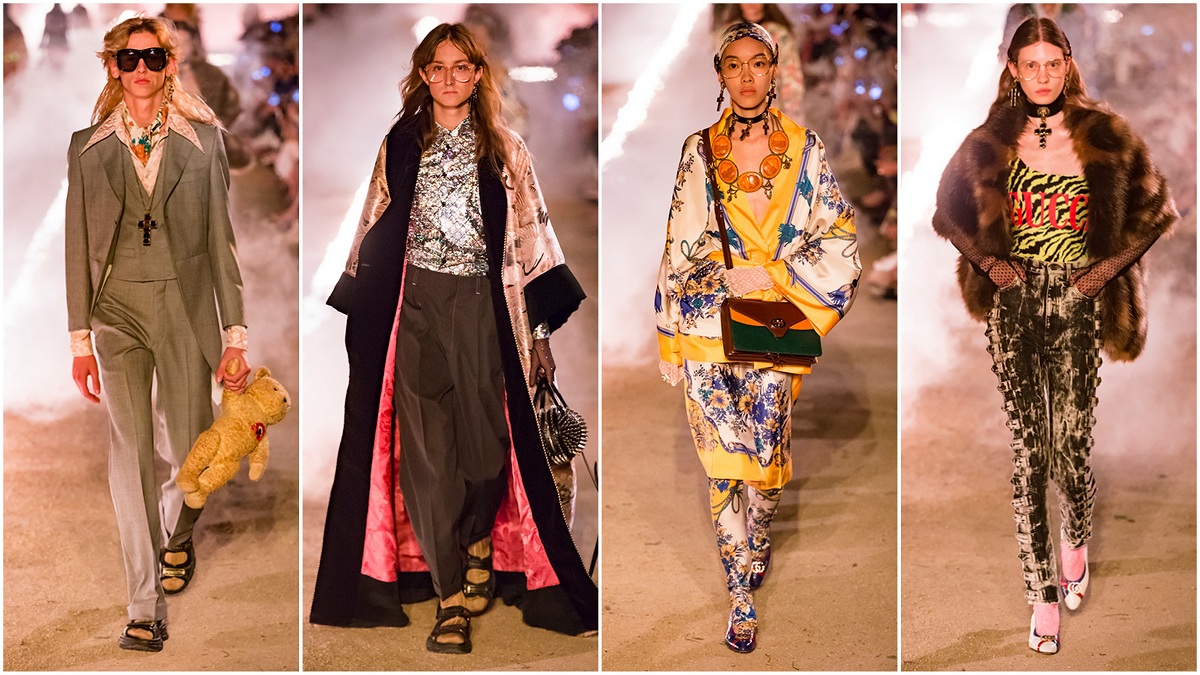 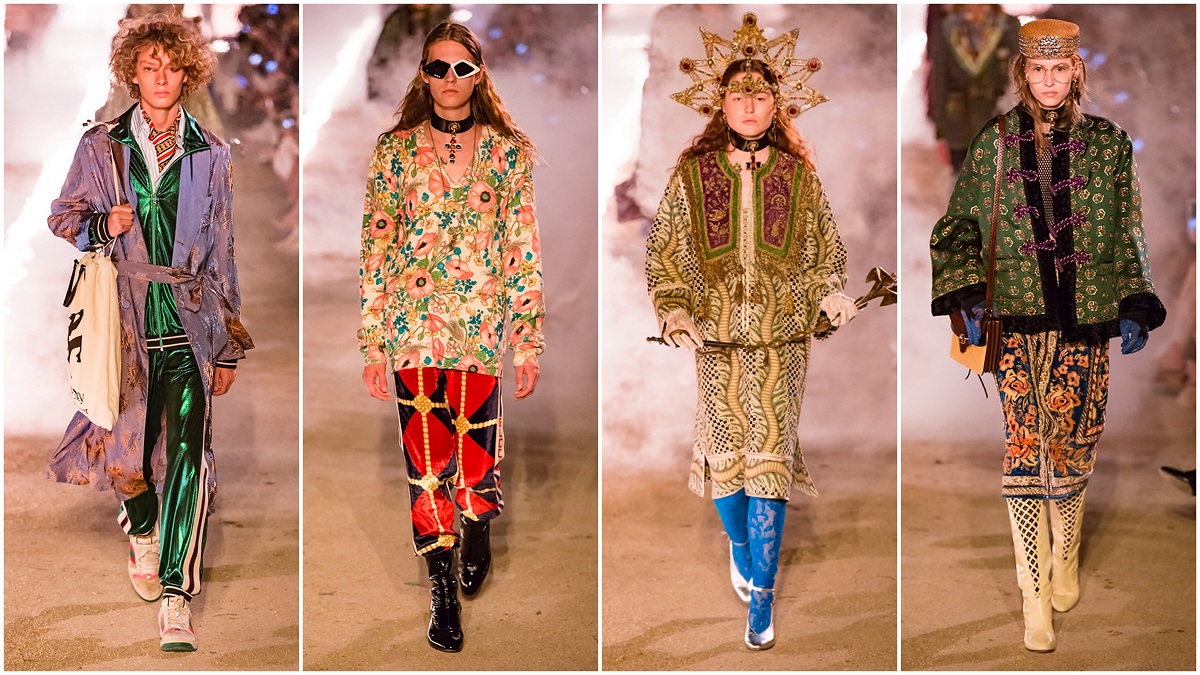 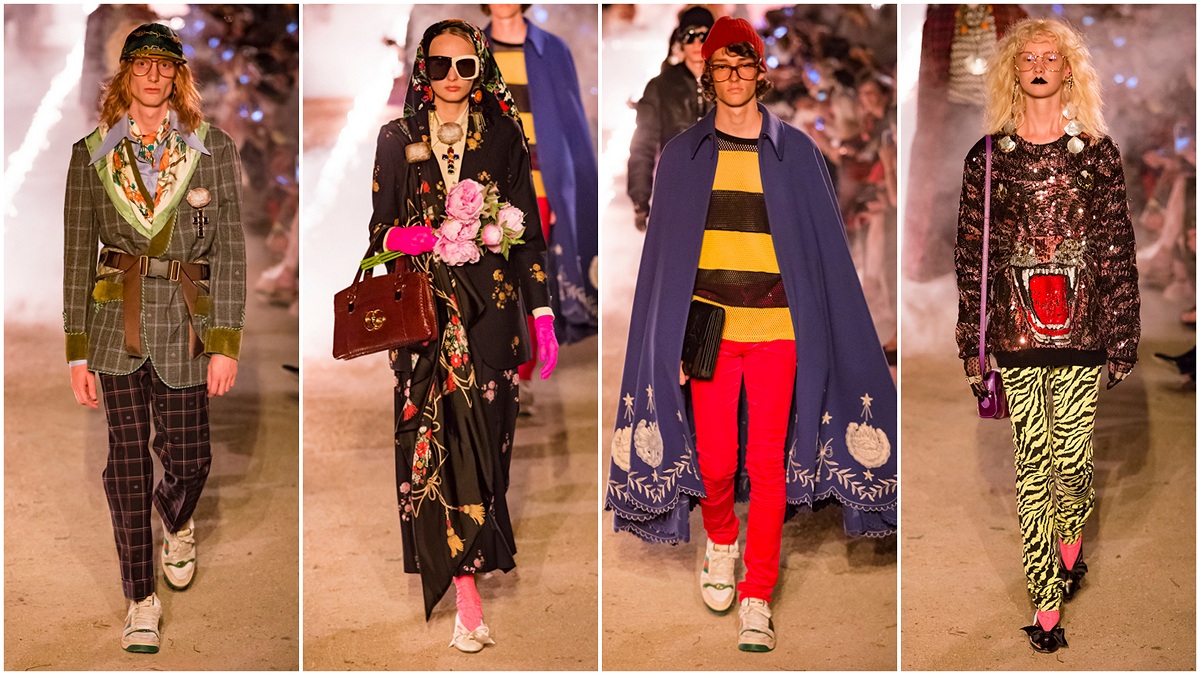 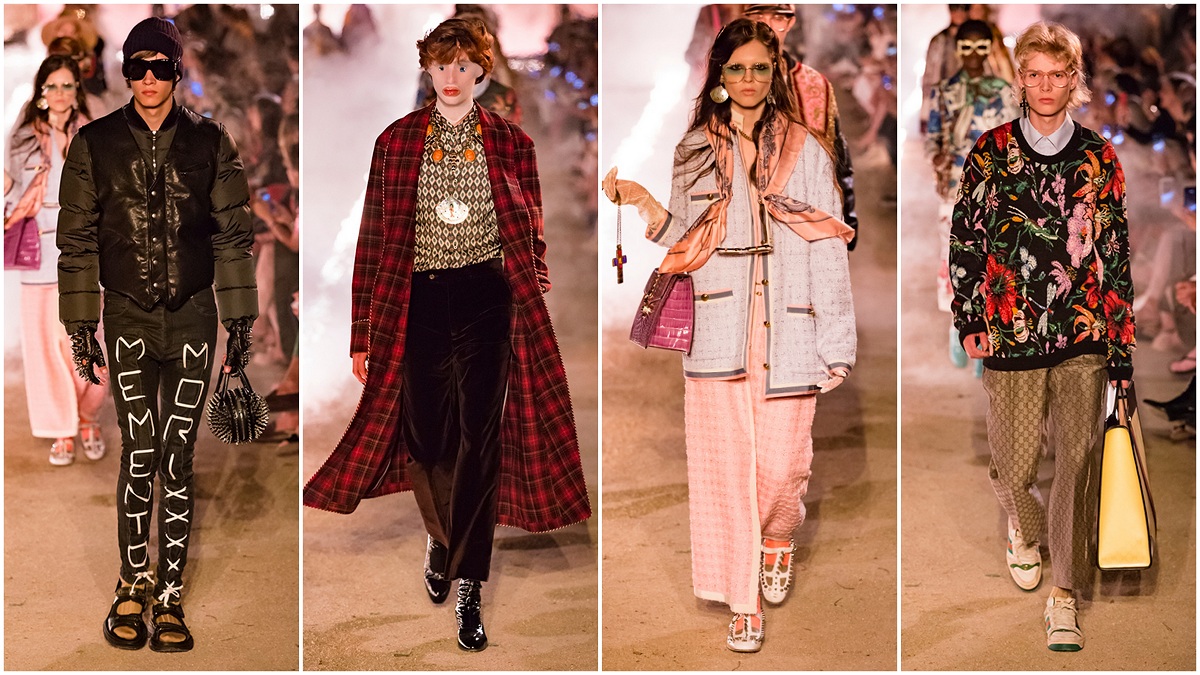 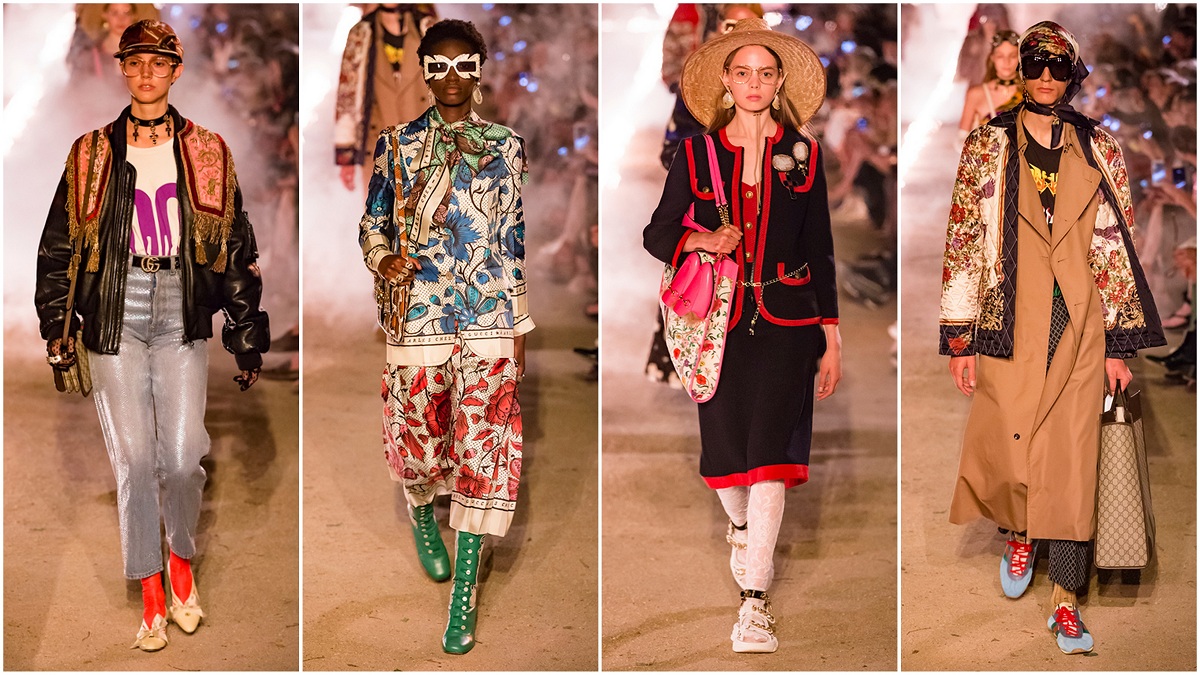 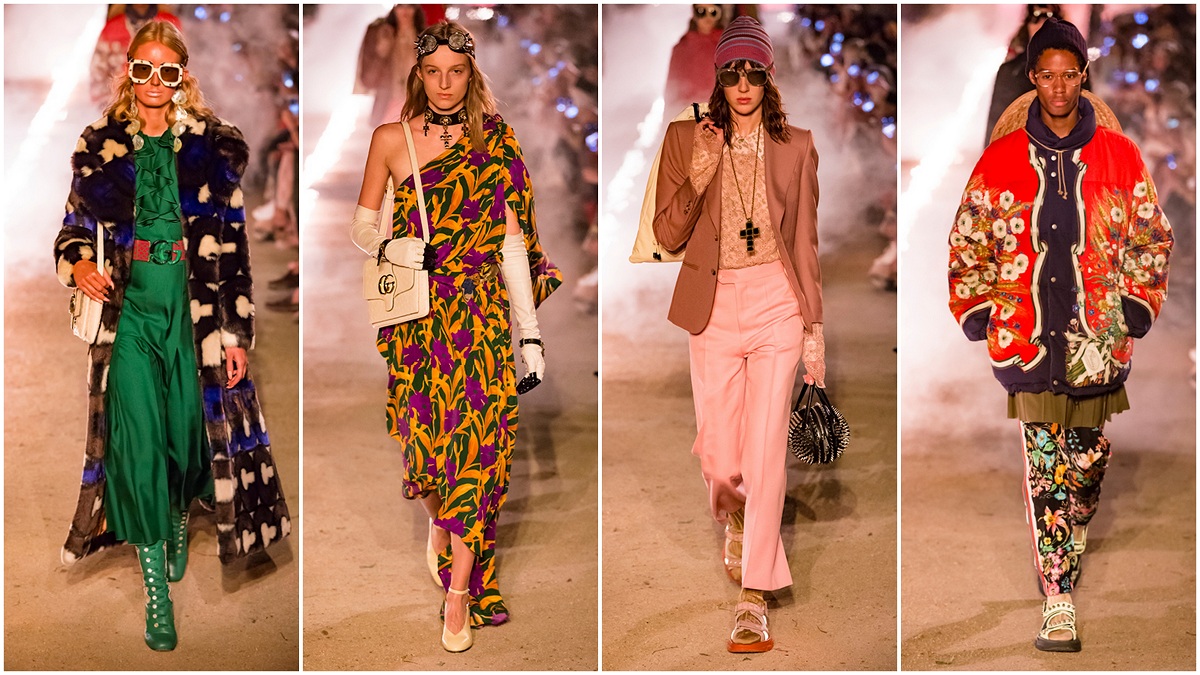 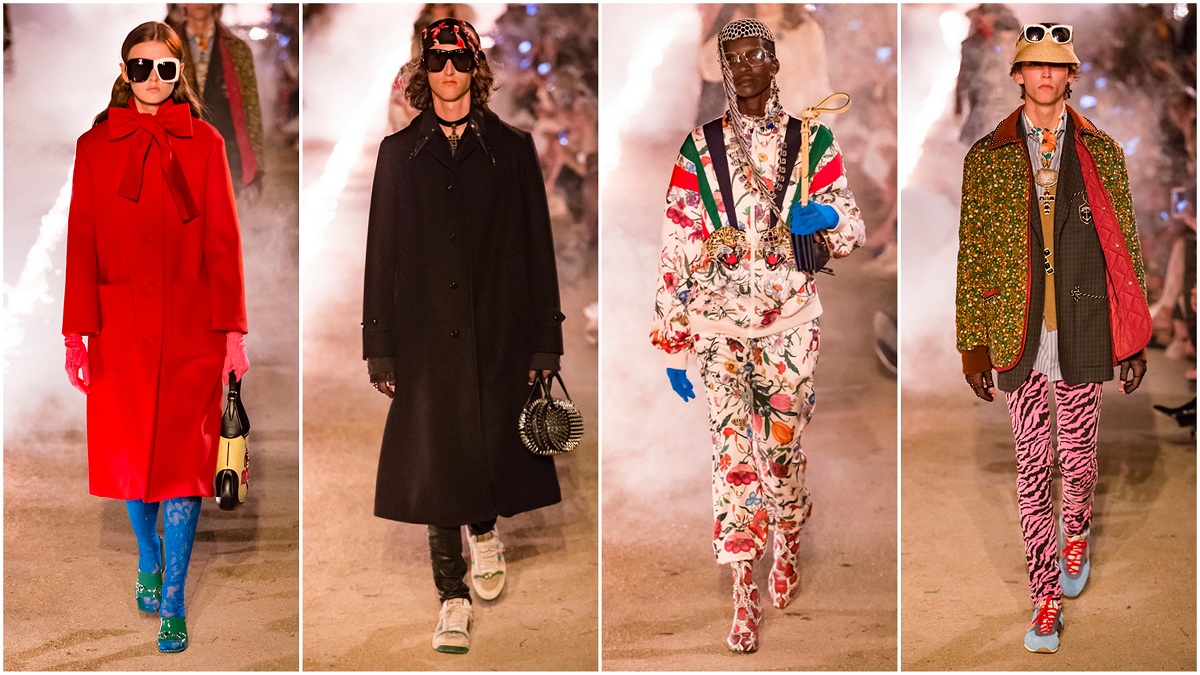 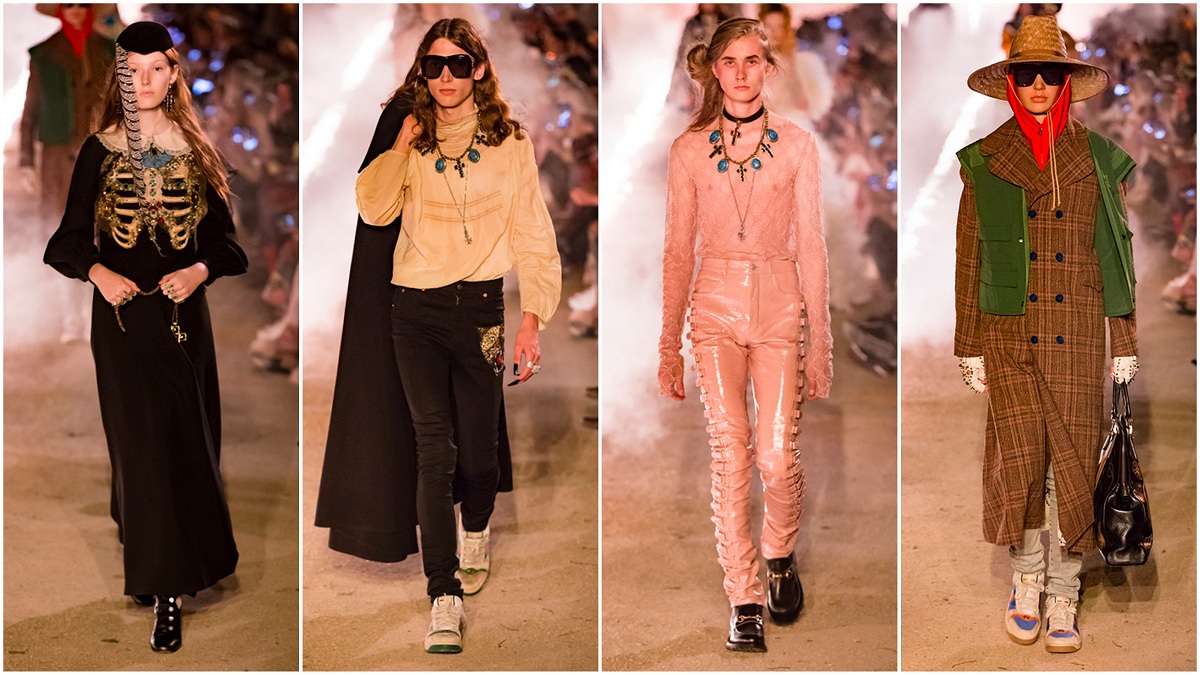 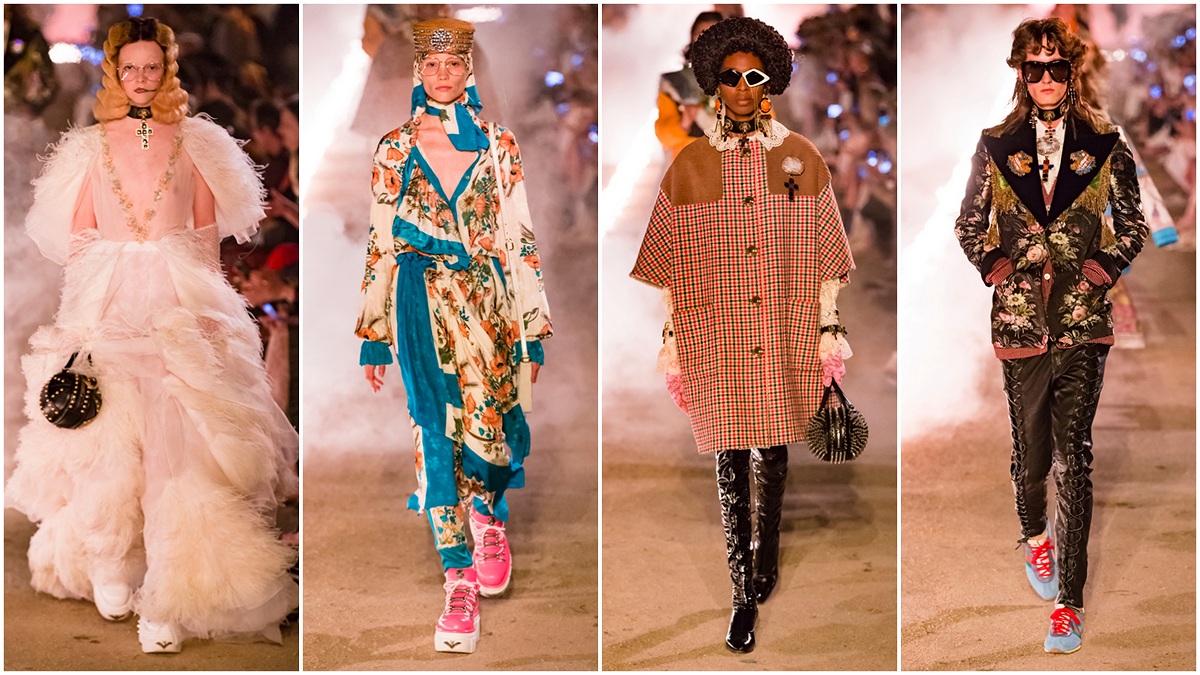 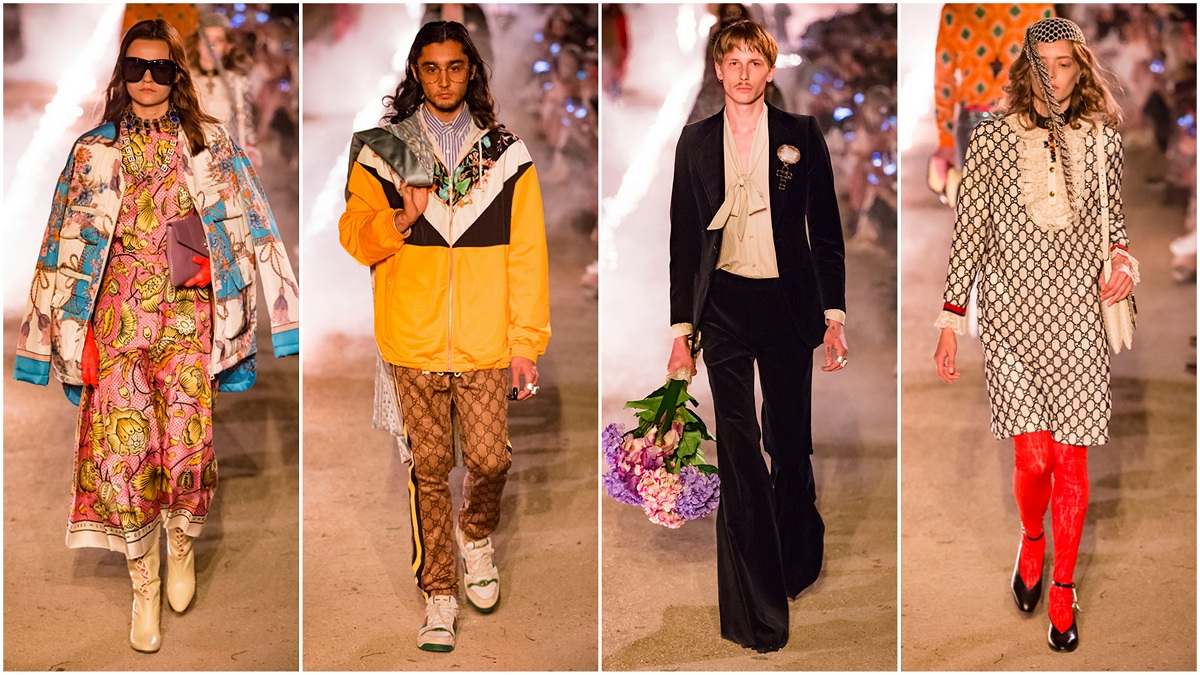 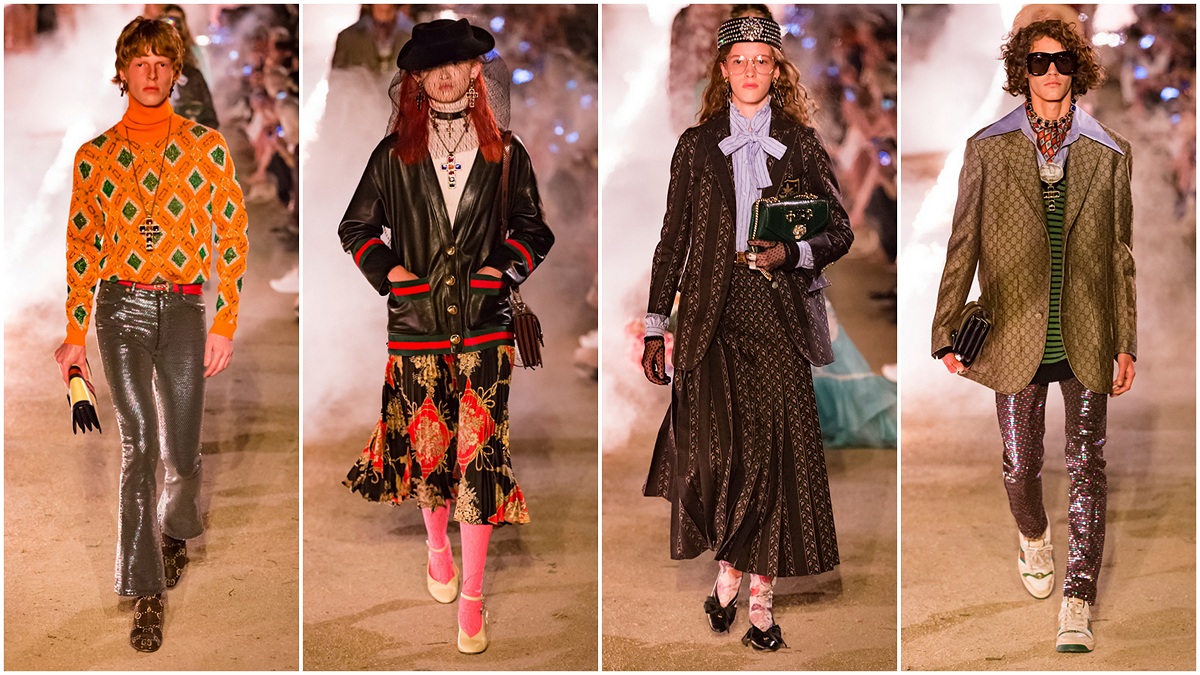 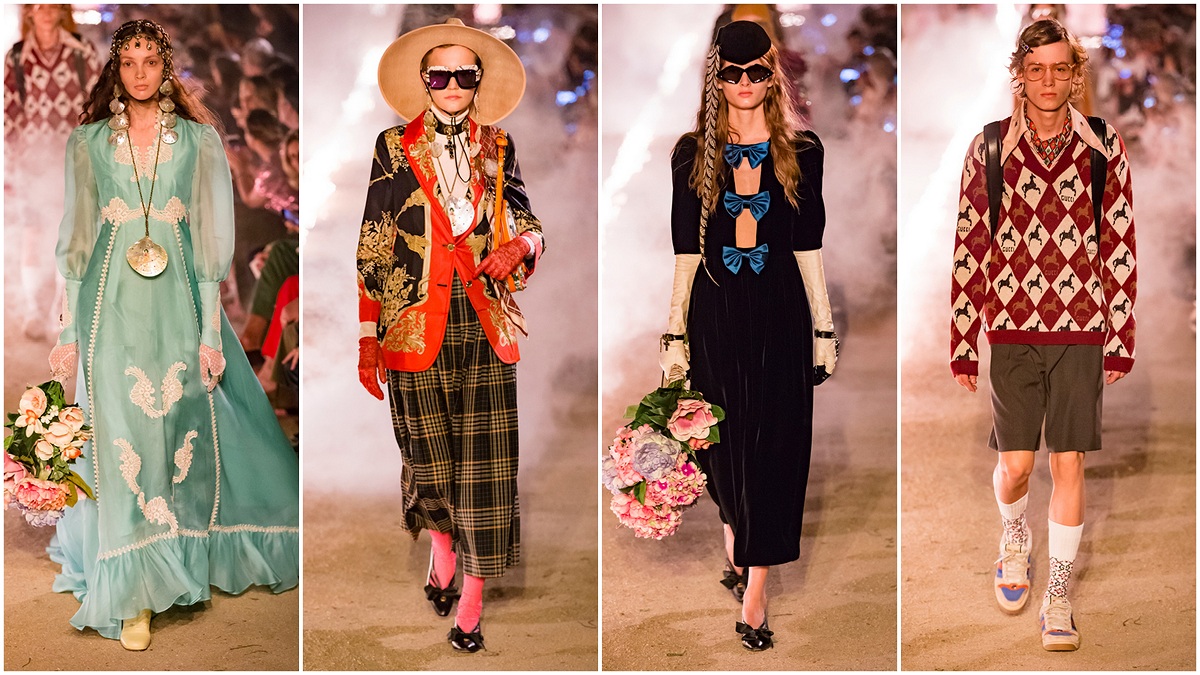 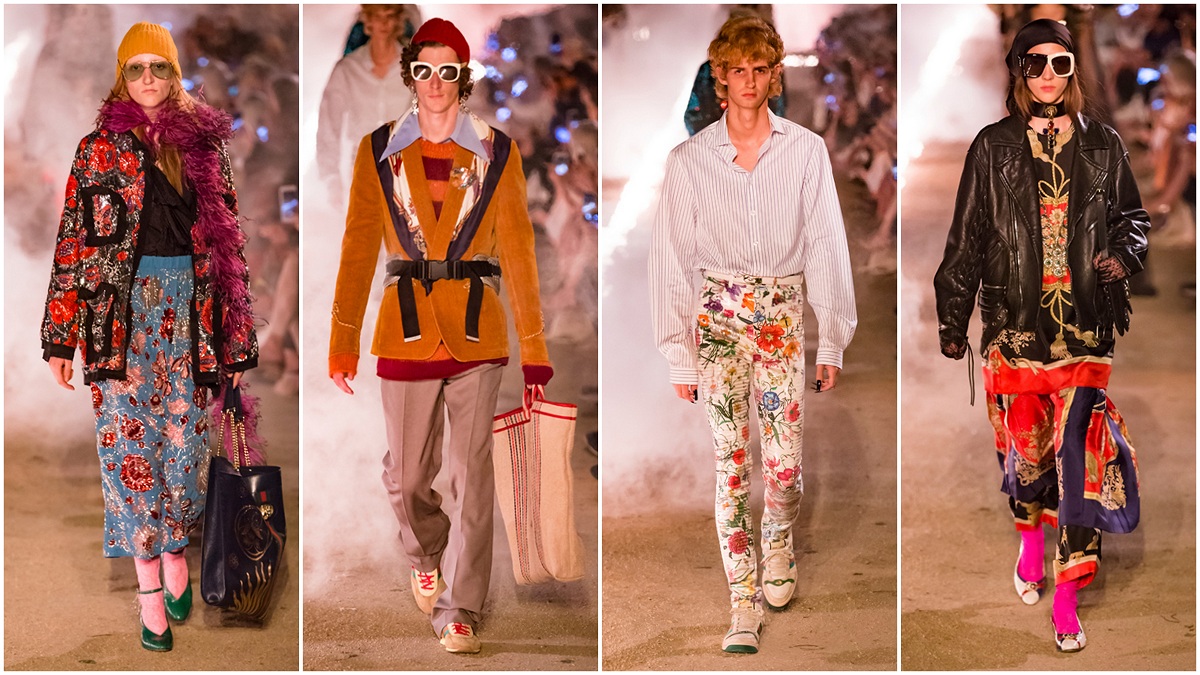 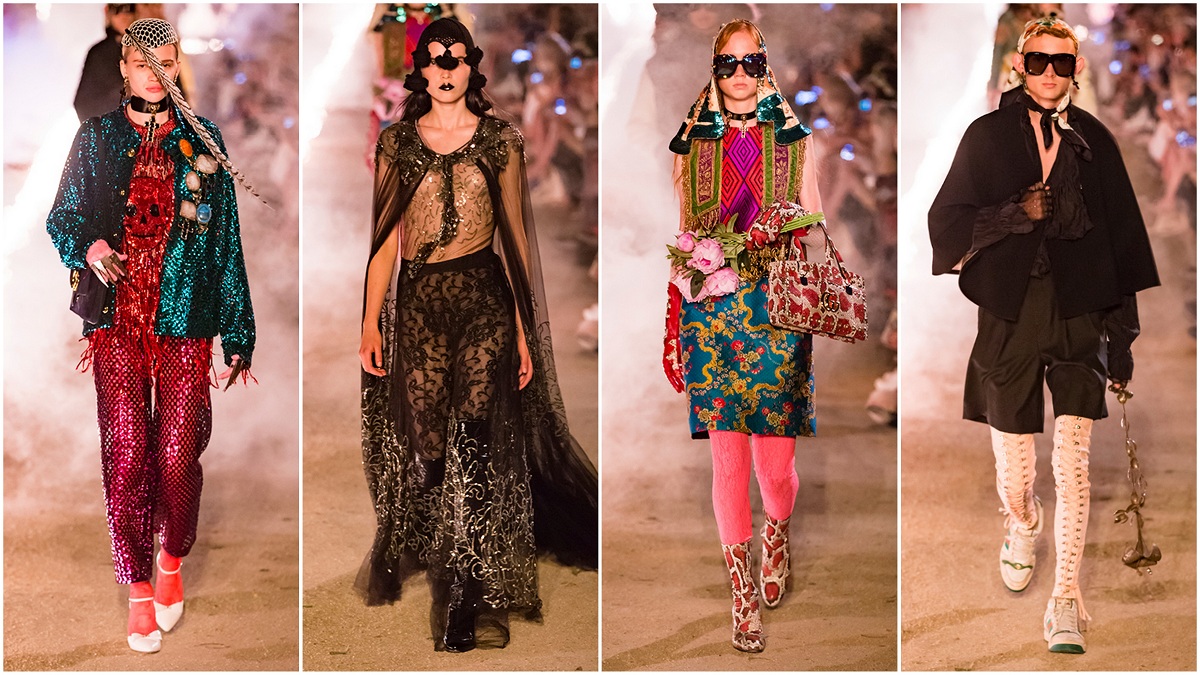 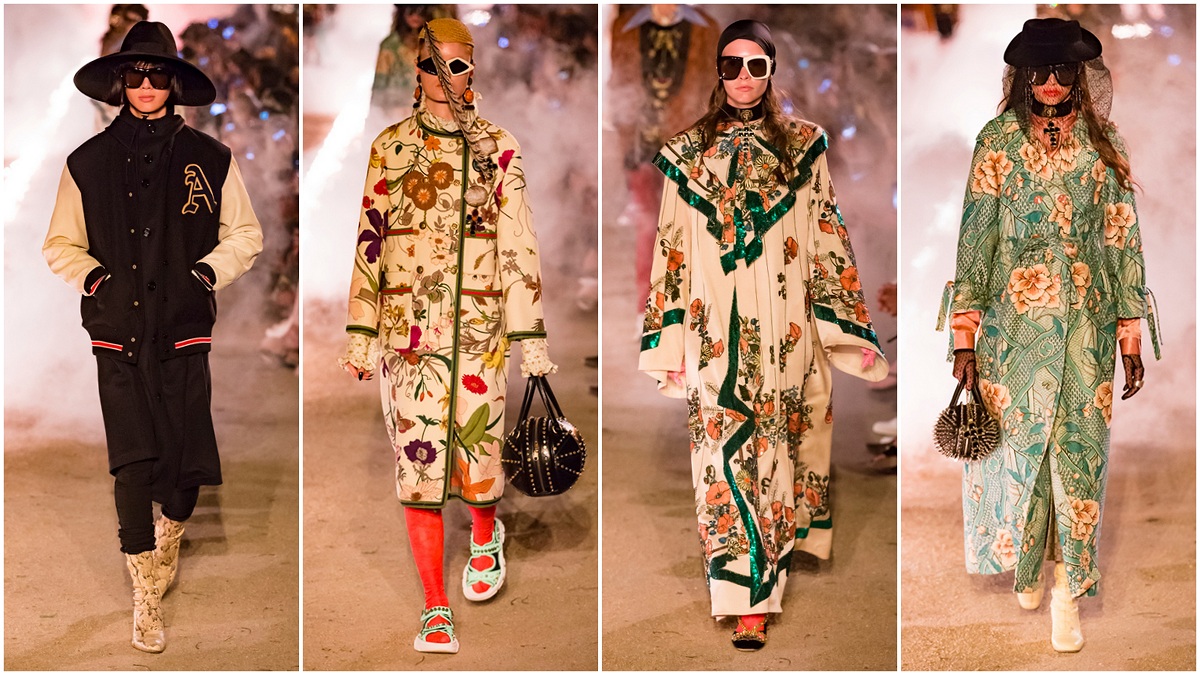 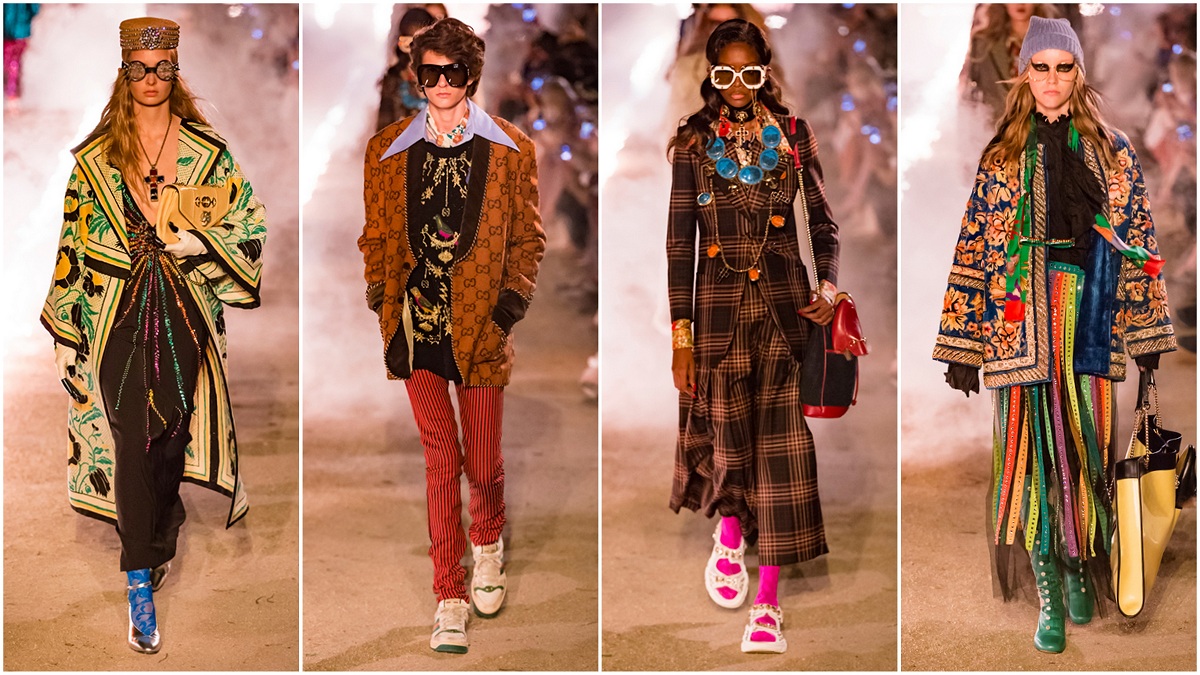 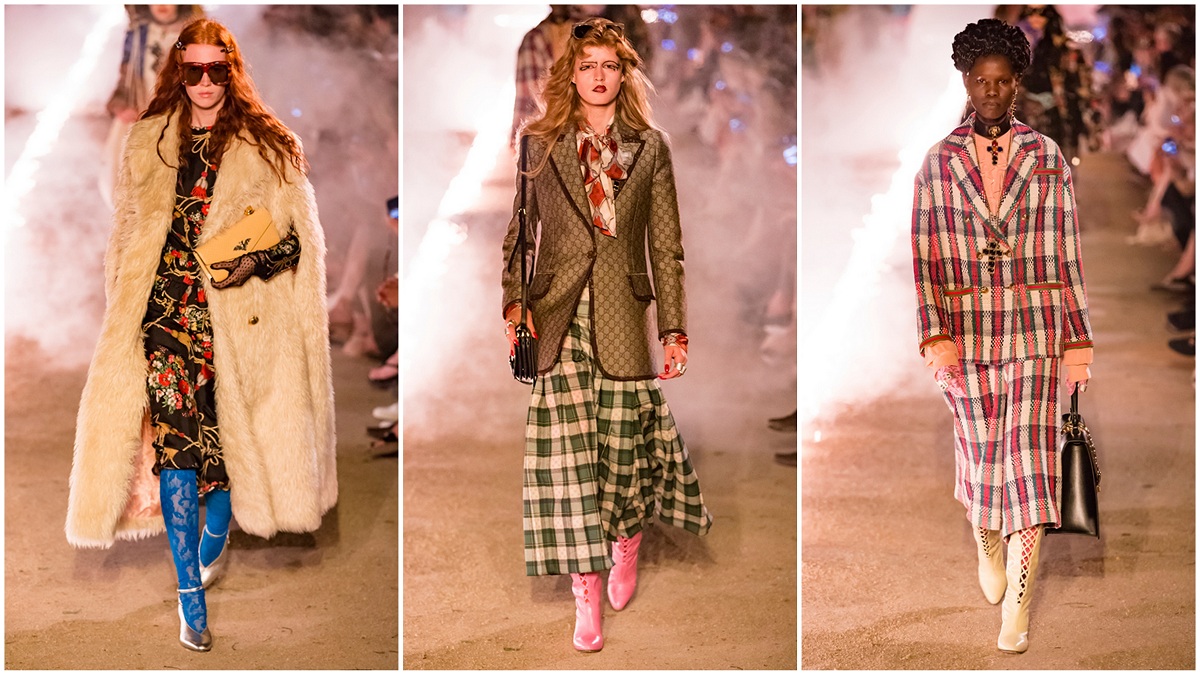