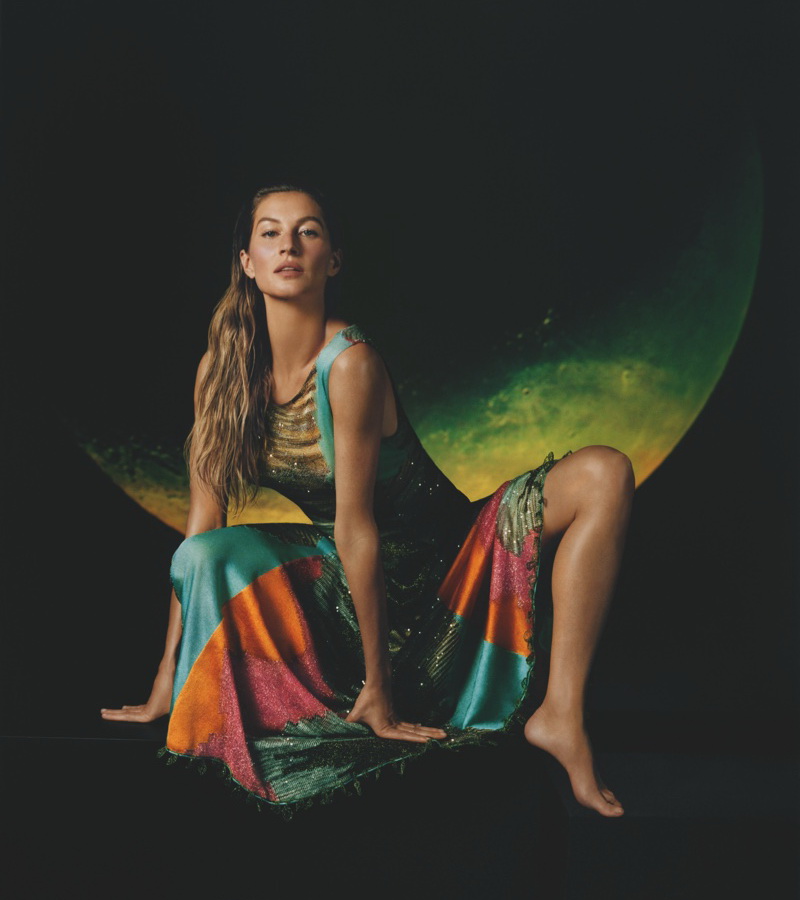 The Missoni Summer 2019 campaign is resplendent in the nocturnal lights of space, as the stars and planets transform into an ethereal background. Skies are as blue as a baroque theater, with close-up and extended views of galactic, sandy and blazing destinations. Desert landscapes are animated by sand dunes and craters, painted by the reflections of stars which frame our two protagonists: supermodel Gisele Bündchen, returning to Missoni after few years, and Belgian-Egyptian singer Tamino Amir Moharam Fouad, the latest sensation in the European alternative rock scene. 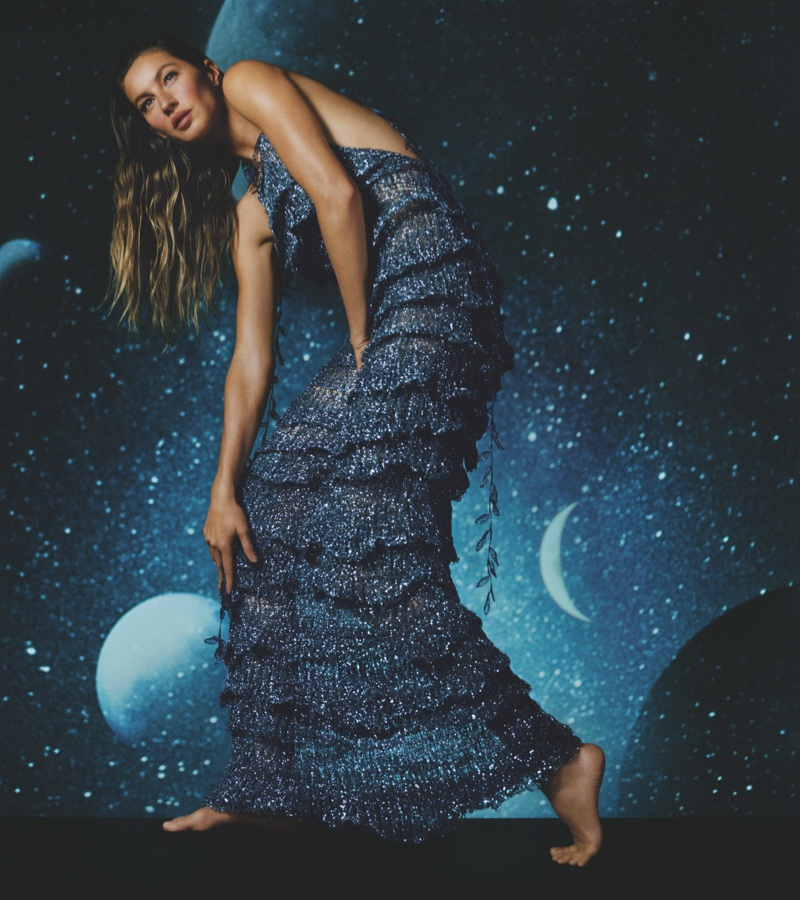 In this campaign, shot by Harley Weir, the two models reveal this season’s looks and pose as if they were dreamlike creatures emerging from the astral heavens. Dresses encrusted in ruffles and gossamer knitted mesh or iridescent ensembles in space-dyed lamé drape the body of a dancing Gisele. 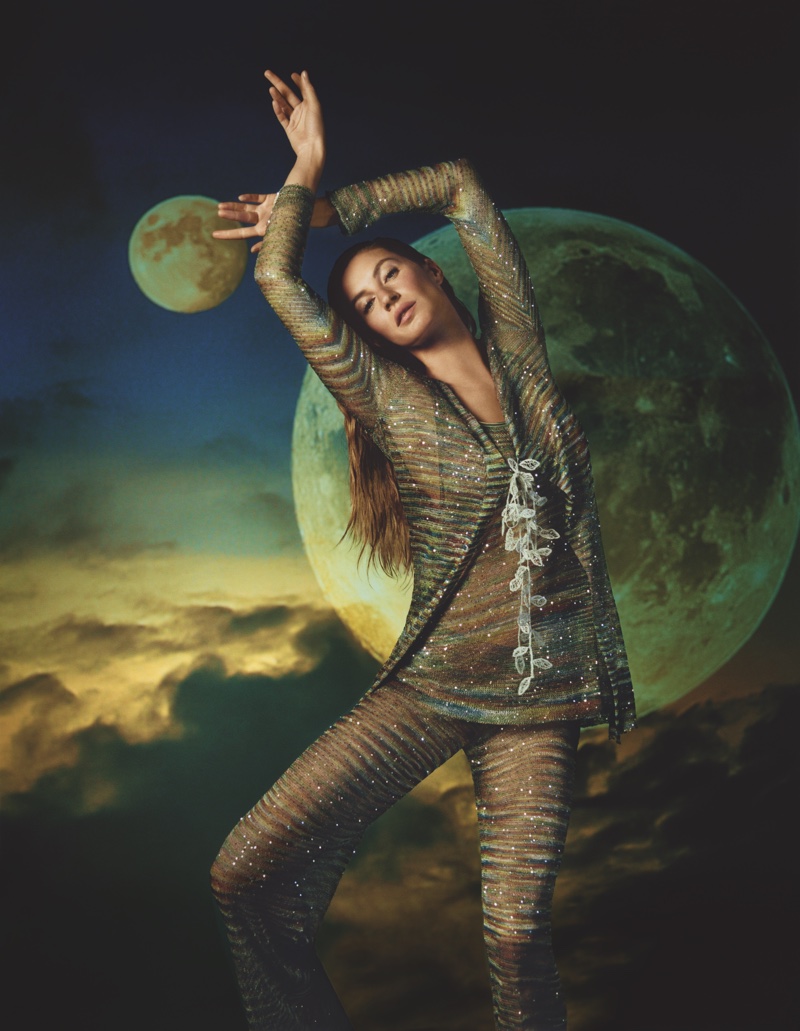 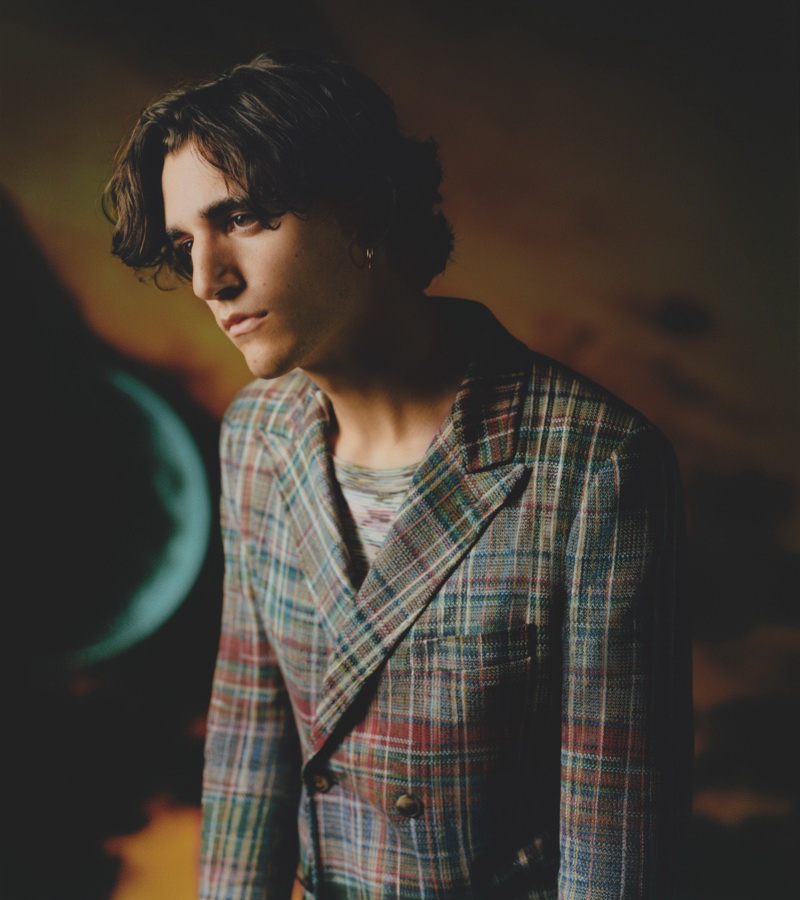 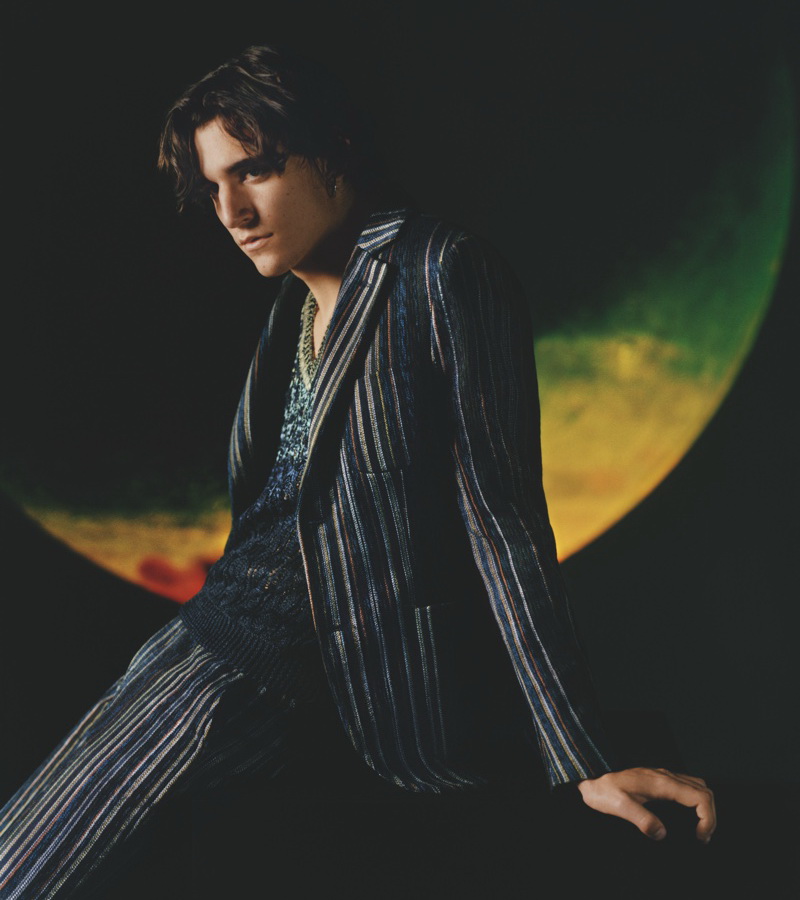