One of Italy‘s most luxurious fashion houses, Fendi showcased its couture fall 2016 collection in Rome marking the house’s 90th anniversary. The glass runway was built right on the iconic landmark – the Trevi fountain, with the models like Kendall Jenner, Bella Hadid, Mica Arganaraz, Ruth Bell striding down in hand-painted dramatic pieces, creating the illusion as if they were walking on the emerald green water. 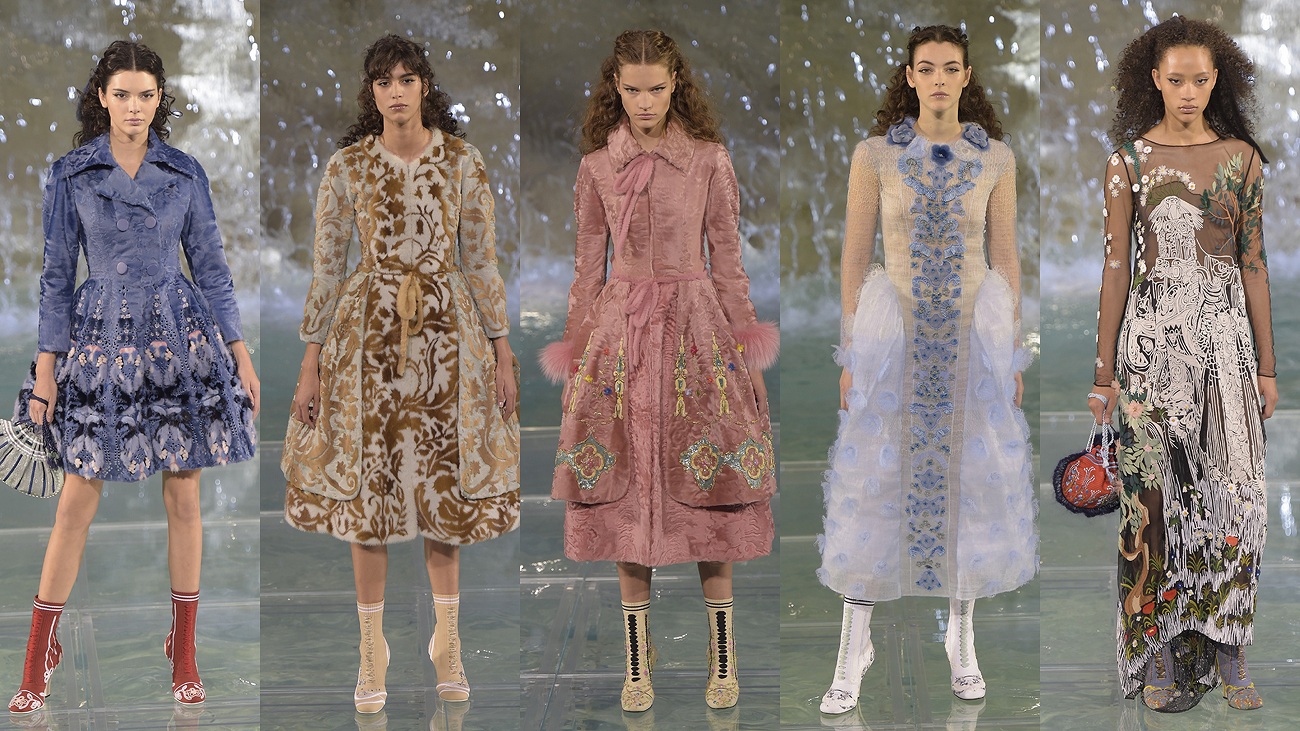 The collection’s theme was “Legends and Fairy Tales,” and was inspired by the early-20th-century Danish illustrator Kay Nielsen‘s work “East of the Sun and West of the Moon” first published in 1914. The clothes were fairy tale dreams with the pictorial embroideries, appliqués, mink blossoms and the house’s trademark intricate fur intarsias, which were the combined result of skilled craftsmanship and modern technology. 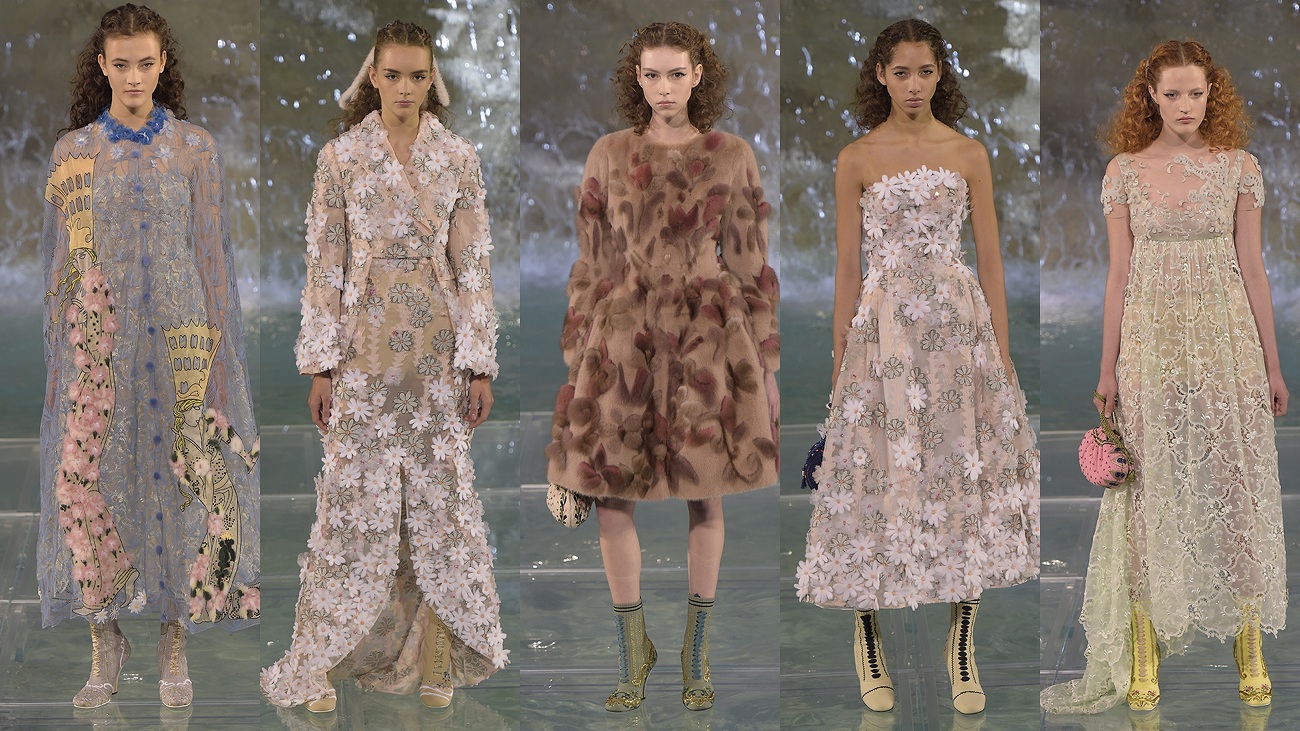 At the show’s end, creative director Karl Lagerfeld appeared on the catwalk alongside with the house’s accessories designer Silvia Venturini, and threw three coins into the fountain – a tradition that is said to ensure a return to Rome.

As part of its anniversary celebrations, Fendi is also hosting an exhibition titled “Fendi Roma: The Artisans of Dreams” in the Square Colosseum, from July 9 to October 23.

Check out the rest of the collection. 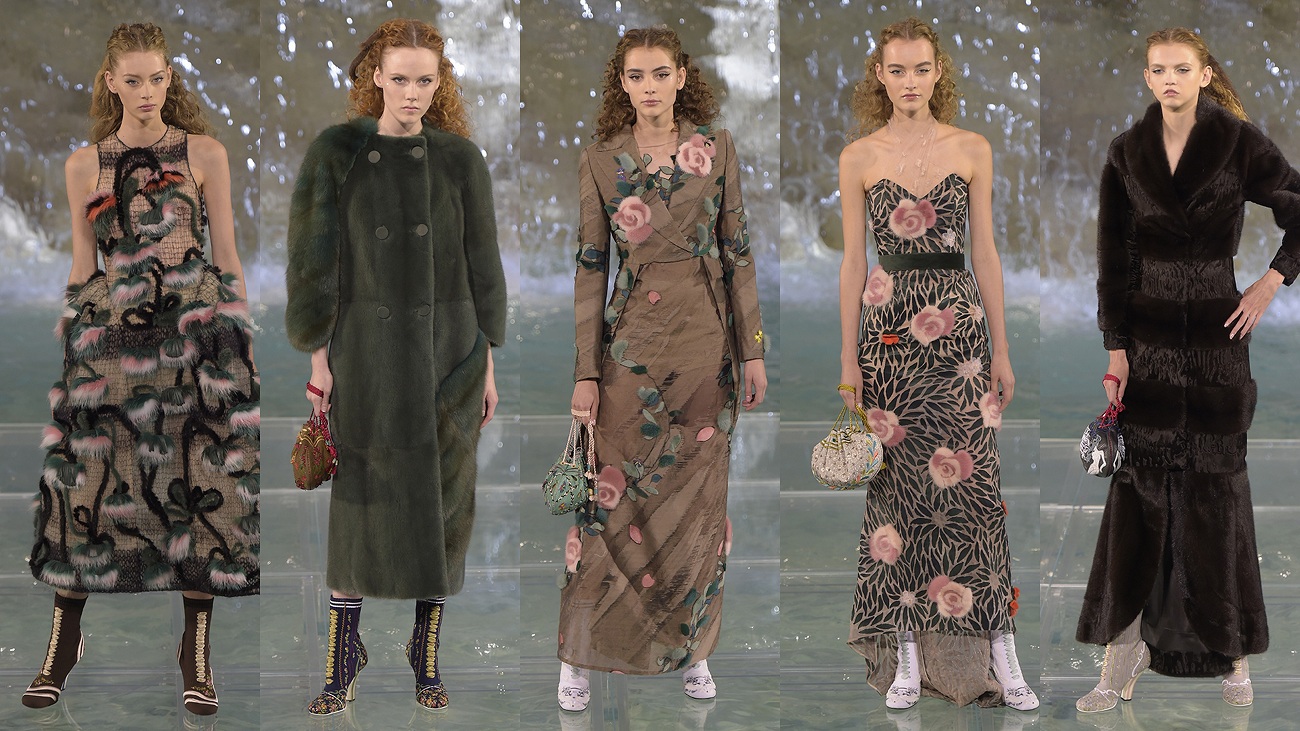 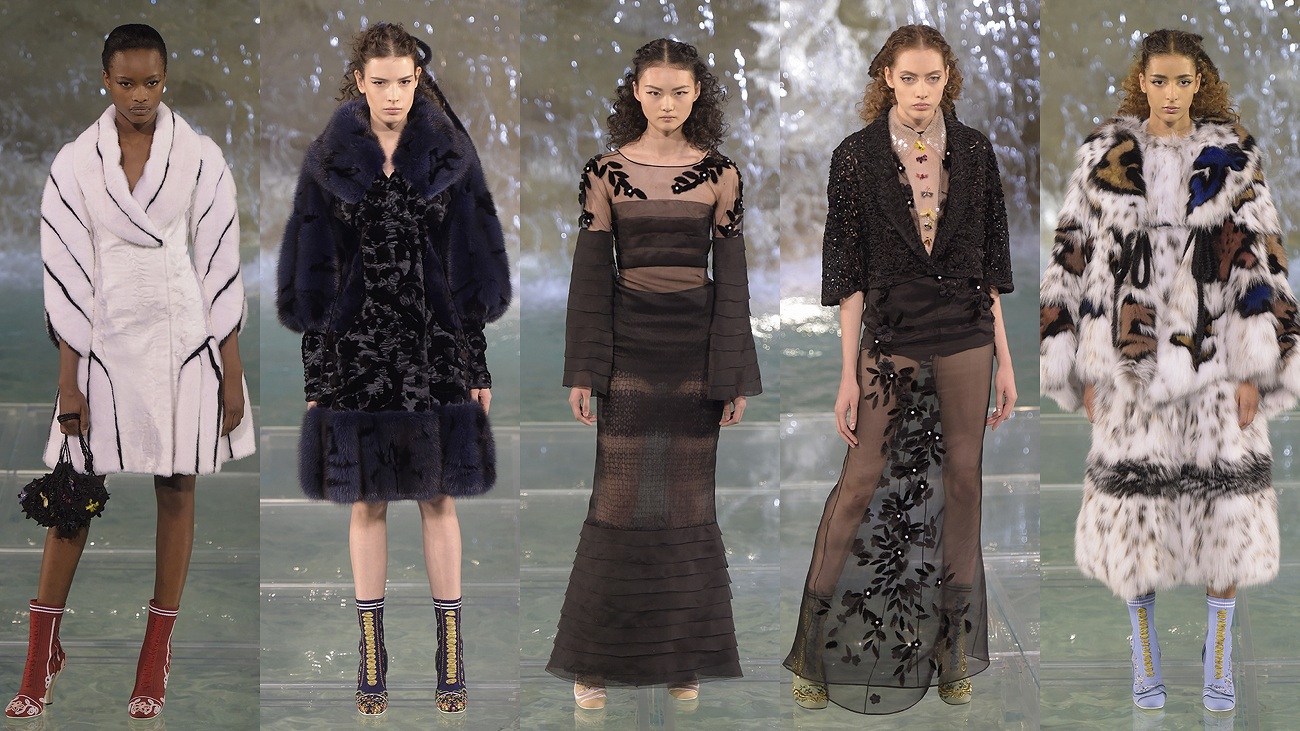 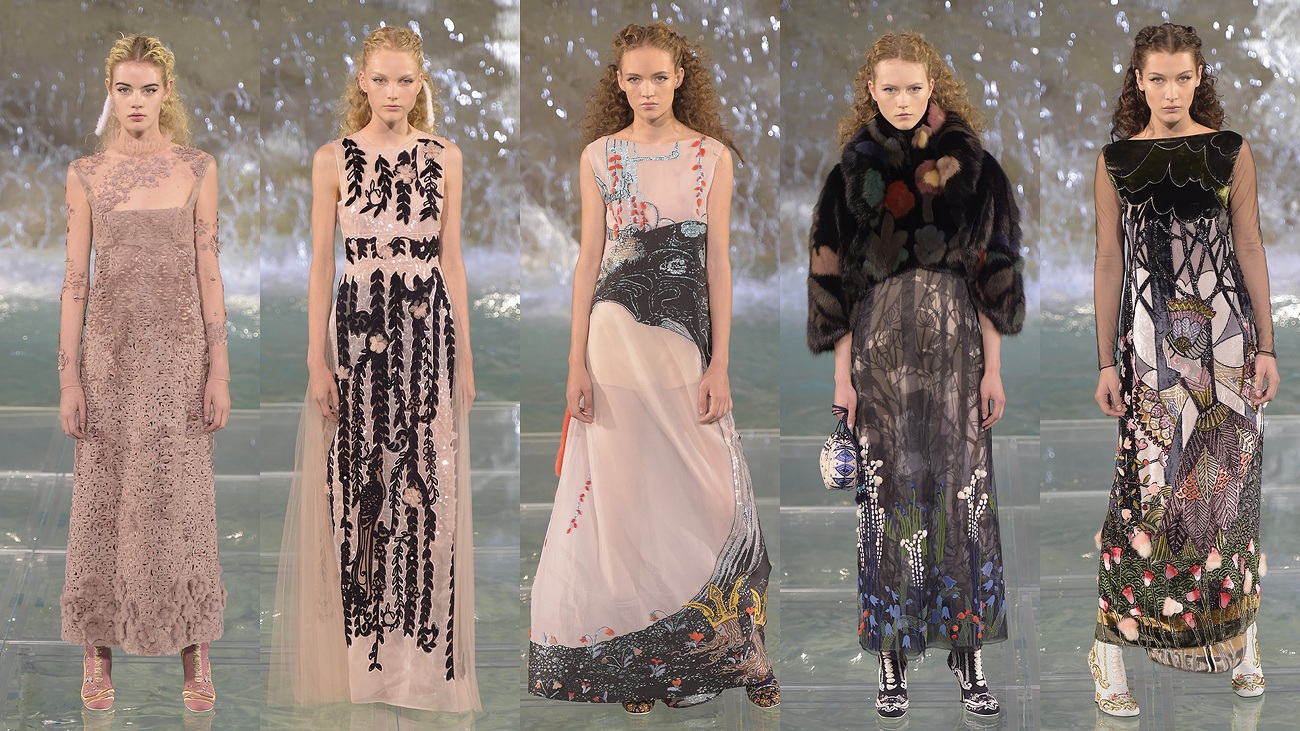 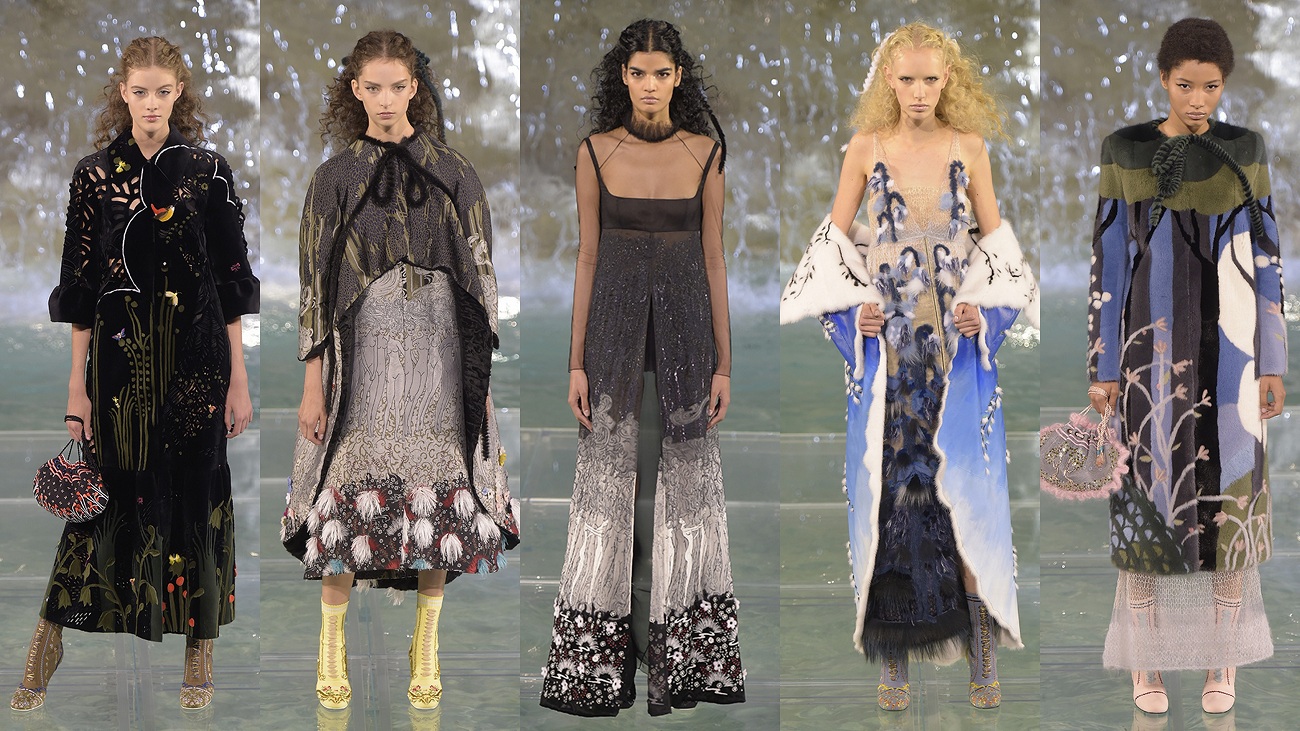 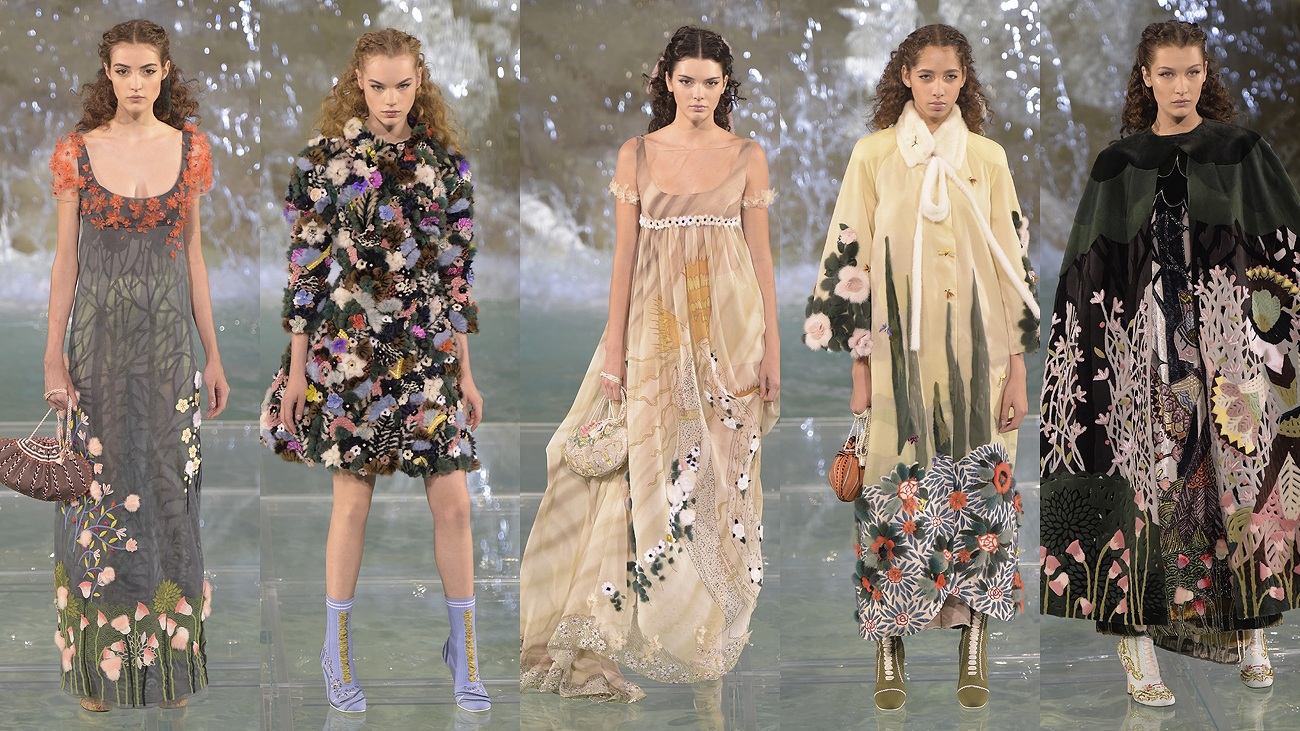 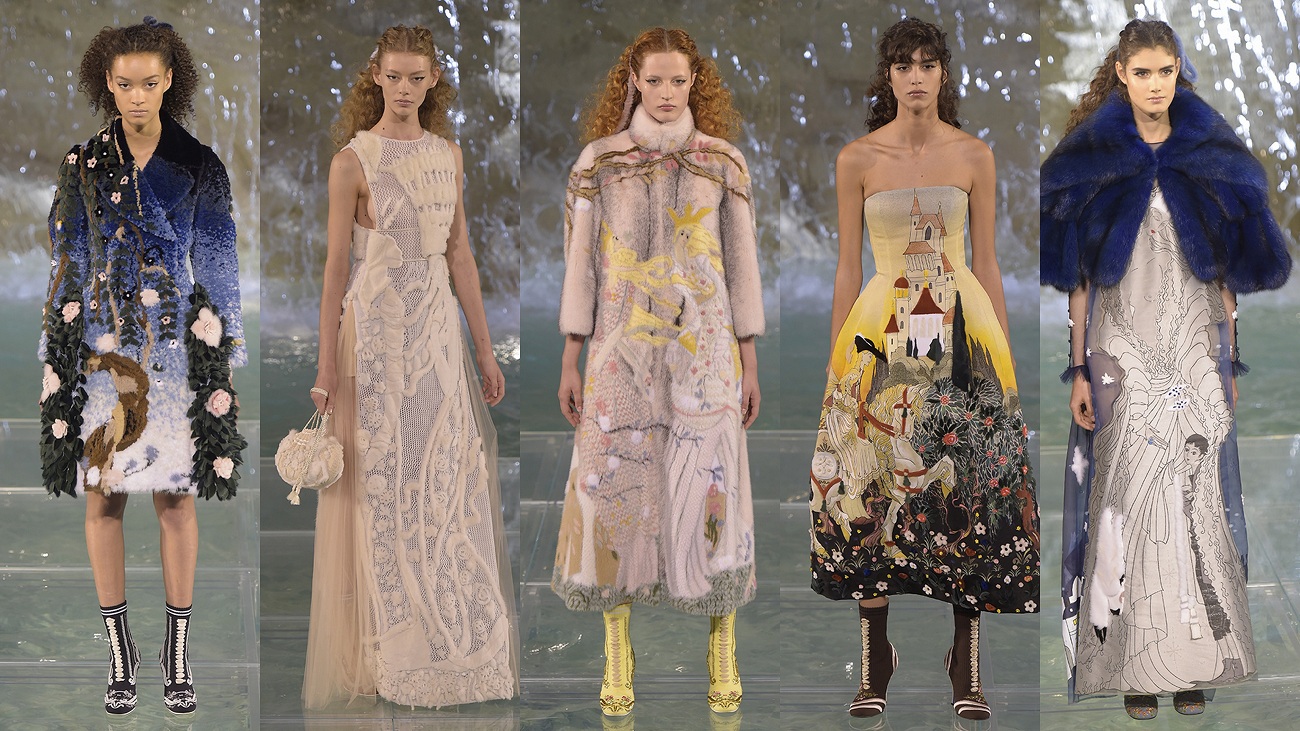 Fendi presents the Spring/Summer 2023 Haute Couture collection, the latest one from Artistic Director of Couture and Womenswear Kim Jones. A focus on the techniques and craft of couture, with the lightness, fluidity and attitude...

Cozy, sexy, cool. The Fendi Fall/Winter 2023 men’s collection by Silvia Venturini Fendi is the ultimate study of sophisticated comfort, the opulence of the everyday, and the elegance of the unexpected.

For the Fendi Fall/Winter 2022 collection, Kim Jones, Artistic Director of Couture and Womenswear, imagined a dialogue between Kyoto, Paris and Rome. The wardrobe is articulated by parallels in different pieces between East...