Sisters Dani and Annette Felder are expanding the borders of their line beyond the rock-chick looks they’ve been known for, but they’re still designing for the customer for whom all the world’s a stage. 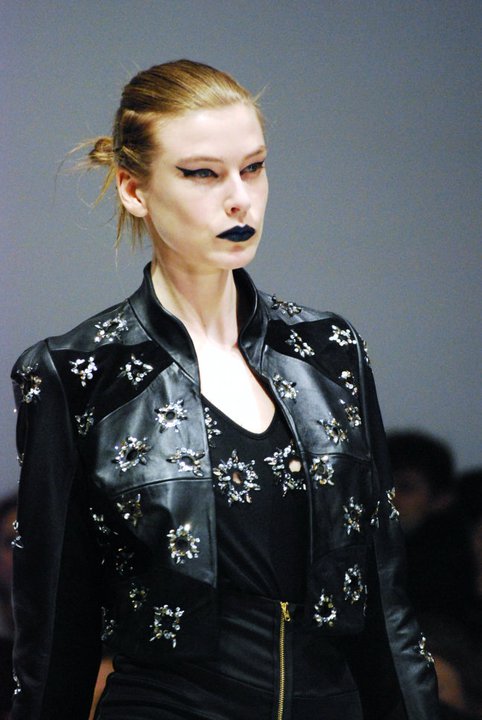 The dominant shapes included crystal embellished biker jackets and goat hair trim which was found on the shoulders and waist bands of dresses, jackets and even on cuffs. 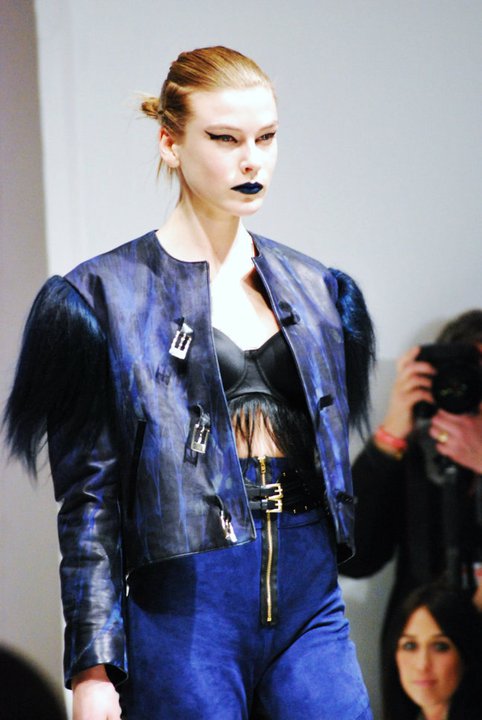 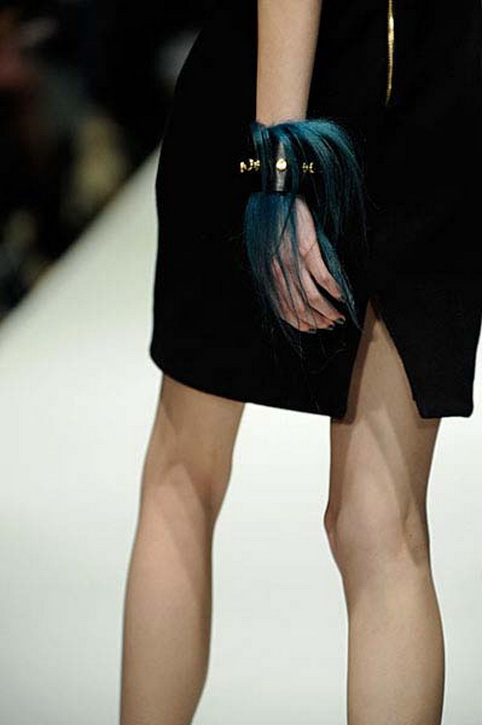 The colour palette was decidedly petrol with studded feather chokers. Trousers were double textured with leather panels at the front or back only.

The hand dyed leather that dominated the collection came in black or silver and was decorated with sparkling crystals in the shape of eisblume flowers which survive cruel winter frosts – an appropriate reference as the Felder Felder collection has a robust fragility echoed by the eisblume flower detail. 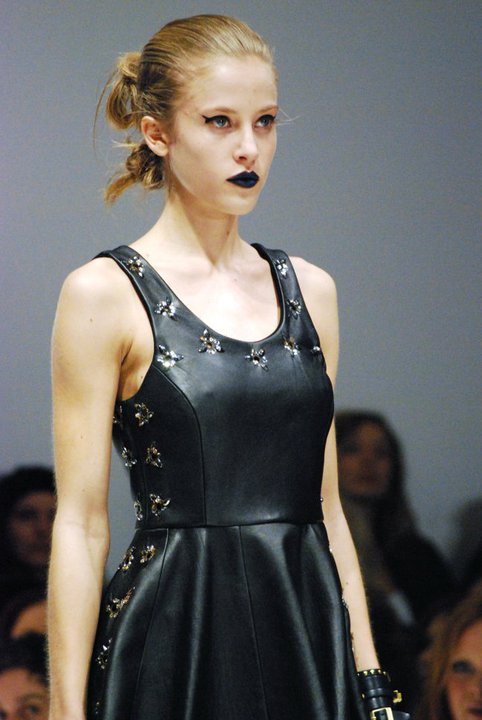 Studded belts and cross back straps added strength and structure to floaty bodies and dresses. With goats hair and digital print inspired by owl’s feathers, the Felder + Felder duo have stubbornly yet wisely blended the rough with the smooth in this winter collection, fitting for any urban princess. 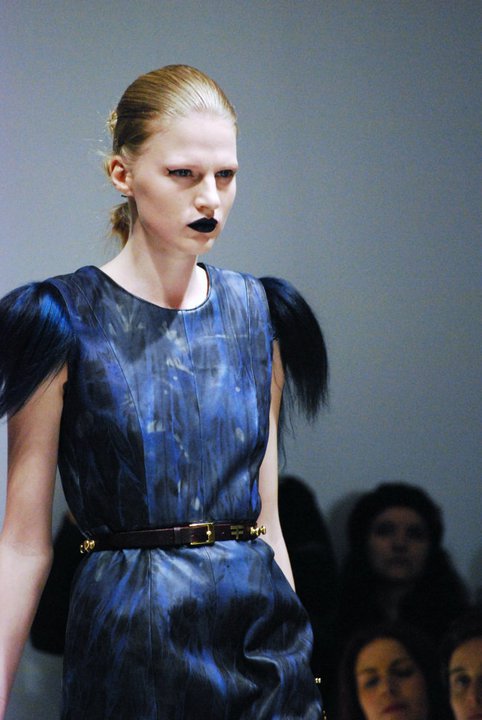 See the complete fashion show below. 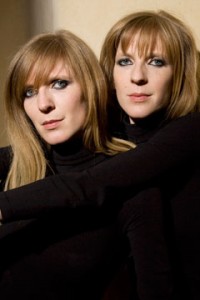 FELDER FELDER was launched by identical twin sisters Annette and Daniela Felder. They left their native Germany in 2002 to travel, working as models. They ended up in London and studied at Central St. Martins when they launched their line back in 2006.

Starting with the support of key press and opinion formers, including features in Vogue, Elle, i-D Magazine and The Sunday Times Style, Felder Felder has developed a cult following.

The sisters established a signature style with their feminine rock and roll aesthetic, which was quickly embraced by singers and actresses, including Rihanna, Gwyneth Paltrow, Florence and the Machine and Allison Mosshart.