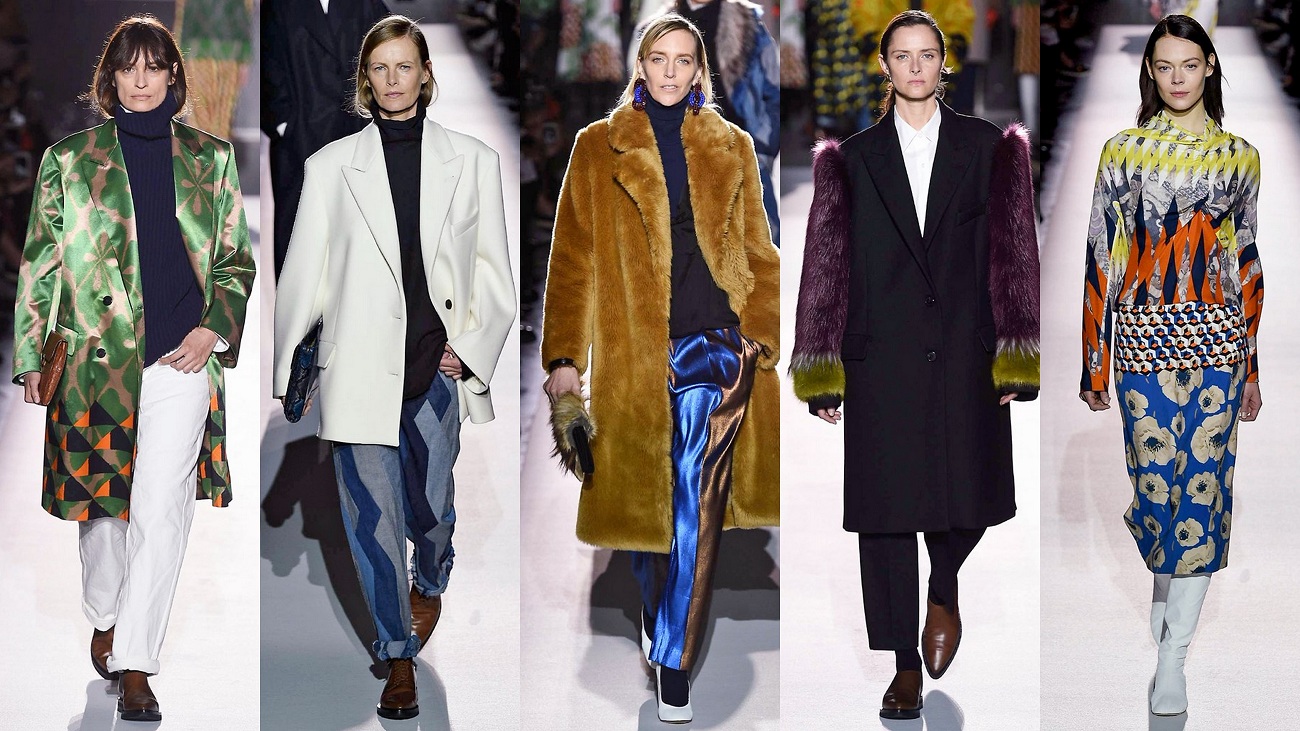 Dries Van Noten‘s 100th jubilee runway show, held in Paris on March the 1st, was noted as another gigantic accomplishment for the well-known designer. For the Fall 2017 collection the Belgian master of unique prints presented 63 looks that included his favorite patterns, from the late ‘90s till today. 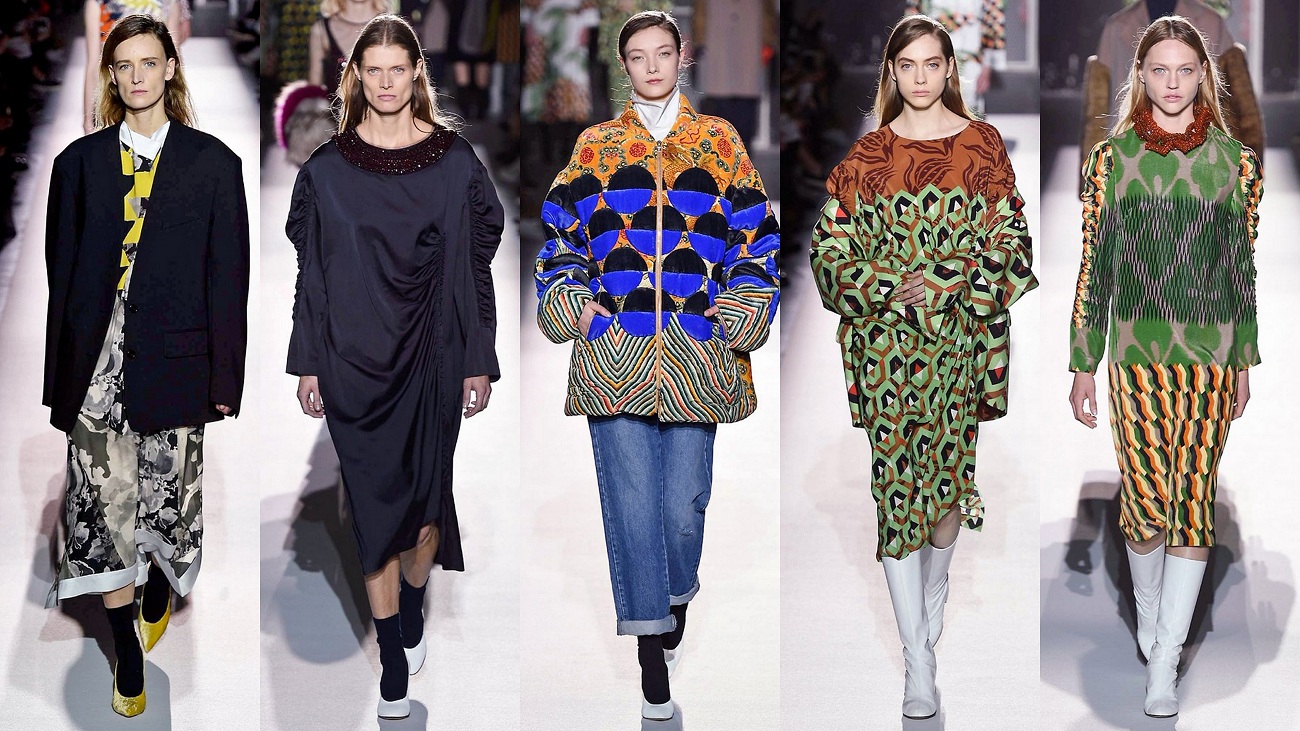 In the collection were dominant four colors, such as orange, green, yellow and blue, that were imaginatively rearranged in numerous compositions. Designer was continually playing with abstract motifs, geometry, romantic and bold florals, simple yet stark patterns and abstract photographs. Dries Van Noten is known for deconstructed forms and care for proportions, so in this collection he created shapes and fits that amplify a woman’s femininity while highlighting her strength. In order to achieve more multidimensional appeal, he played a lot with the transient sheer and metallic accents, as in his Spring/Summer 2013 collection, which basically started the recent grunge revival in the industry. 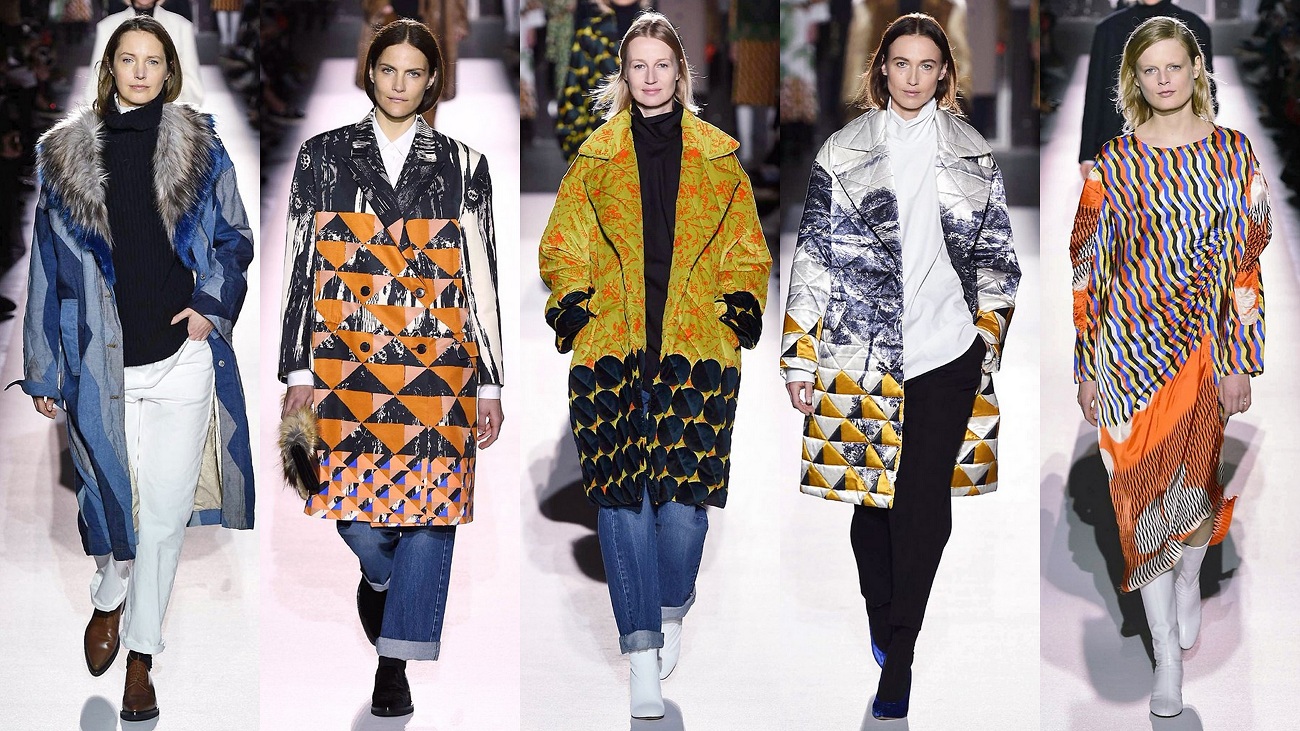 Van Noten interrupted the line-up with clean-cut minimalist swing on the oversized suit jackets. We could also see a few classic winter-approved outfits such as the furry coats that gave that ready-to-wear touch. 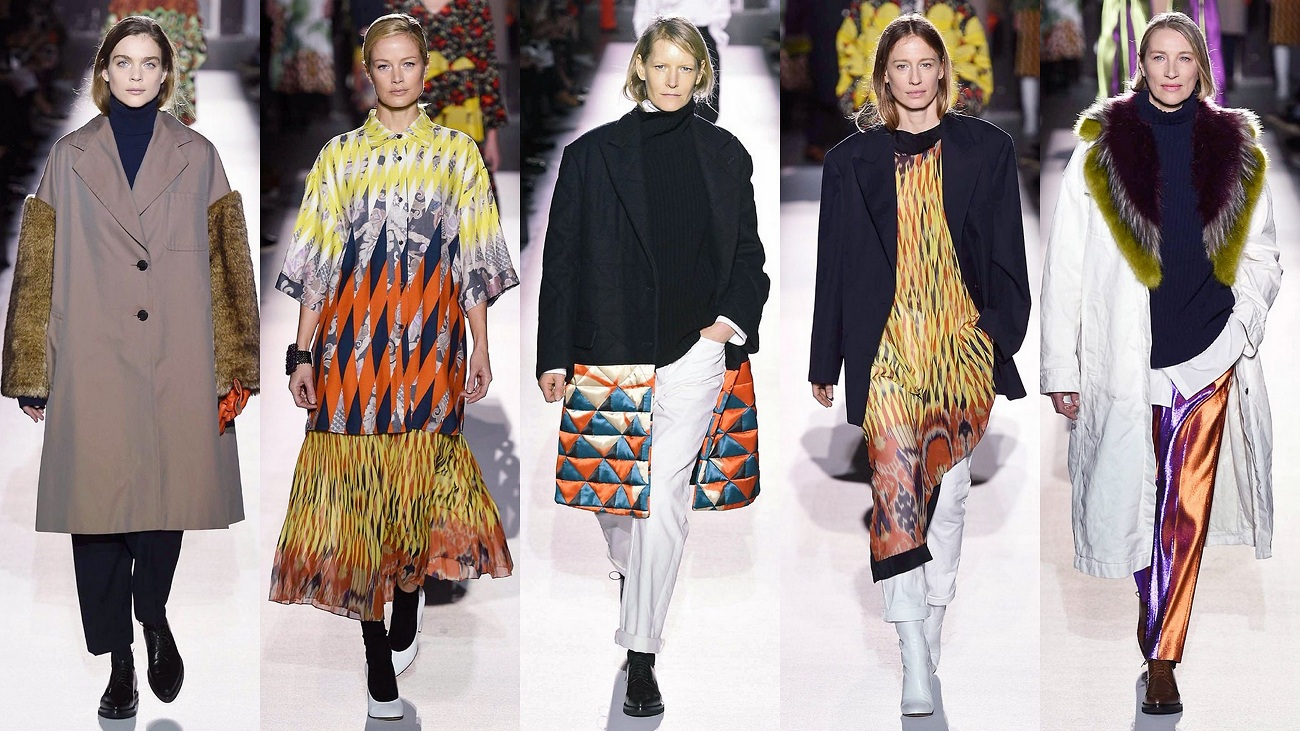 For Dries Van Noten‘s 50th show in 2004 an extravagant dinner party was held on 450-foot table and this time he wanted to go back to the essence of a show—models, lights, chairs. But, it wasn’t low key, as the designer himself announced. He reunited 54 models who have walked for him from 1993 onwards and marked the 100th show in the best possible way by sending the powerful feminine and feminist note. Dries said, “They are women who stand for what we want to say.” Do we really have anything else to add? The show was enthralling as “name that face” race with supermodels like Nadja Auermann, Elise Crombez, Trish Goff, Emma Balfour, Natasa Vojnovic, Cecilia Chancellor, Alek Wek, Kirsten Owen, Guinevere van Seenus, Esther de Jong, Carolyn Murphy, Michele Hicks and Liya Kebede. 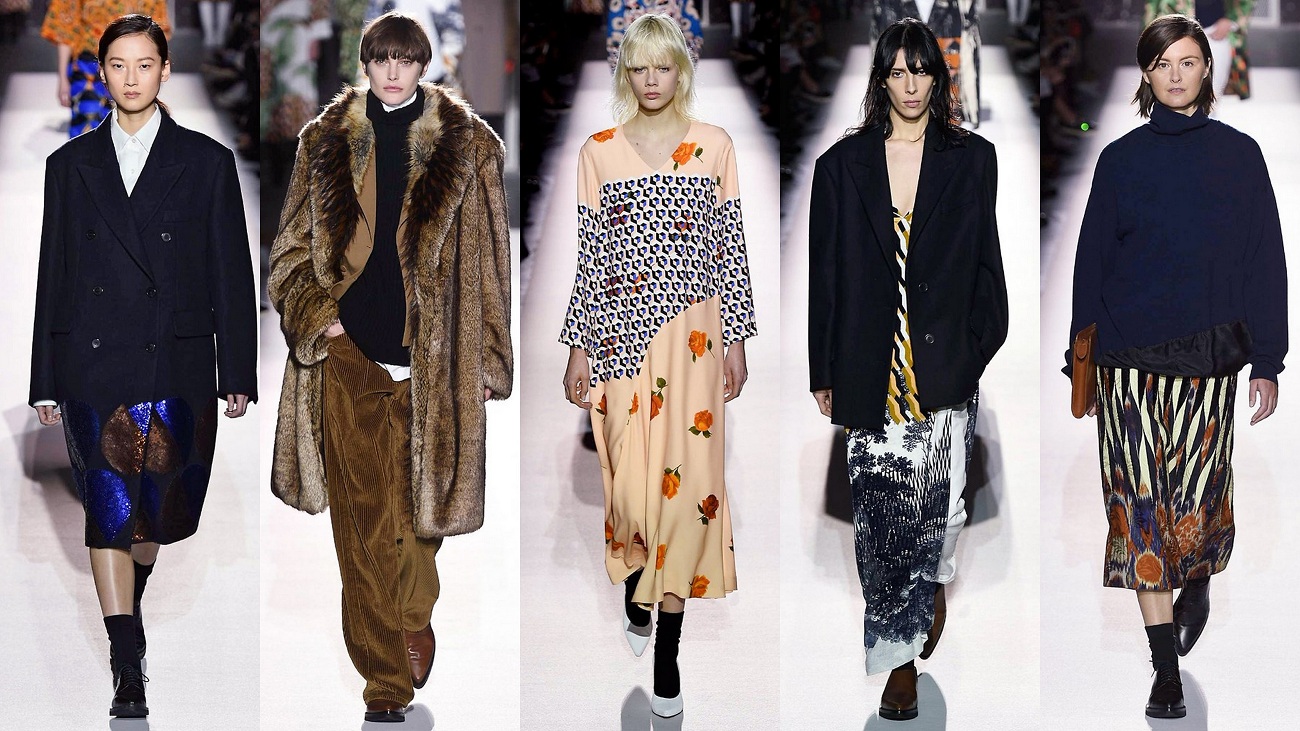 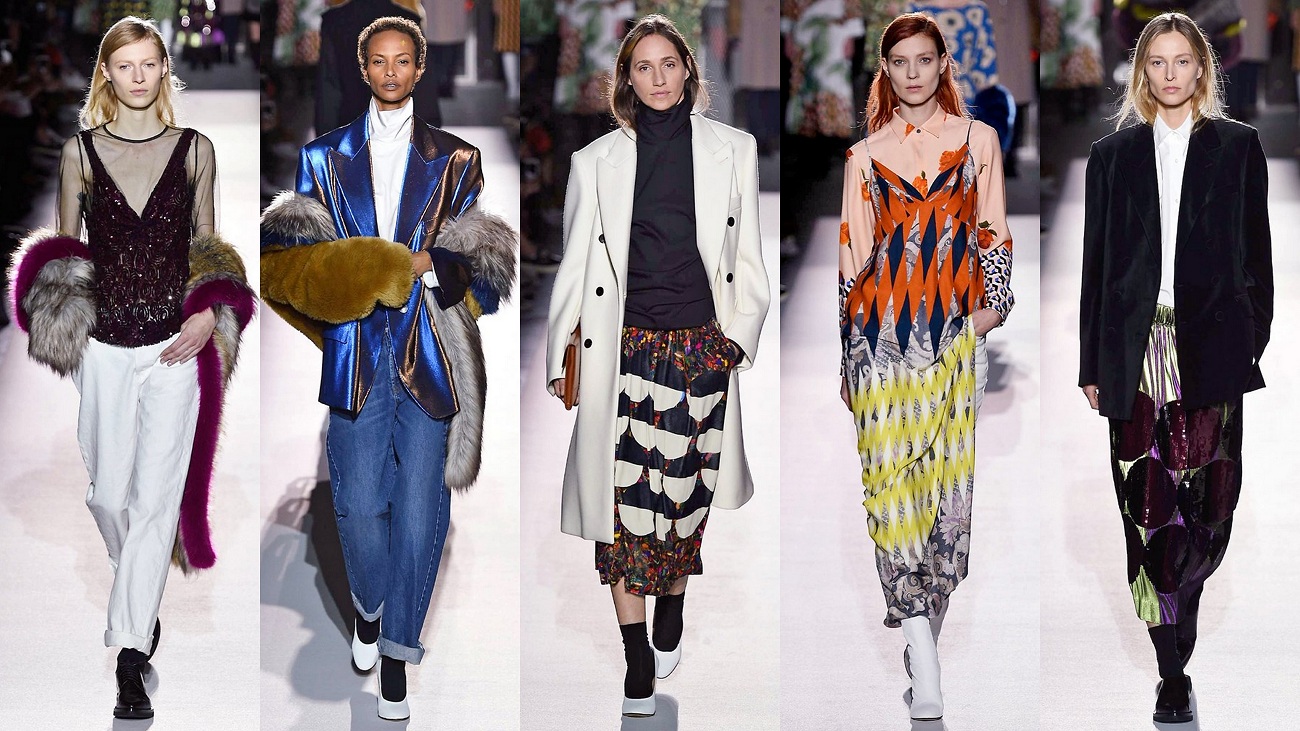 Dries Van Noten always succeeds to amaze his fashionable audience with poetic collections that are as avant-garde as they are eternal. This jubilee collection was the most genuine version of his brand’s heritage so far, one that designer himself described as “without nostalgia and with little artifice.” It celebrated women of all backgrounds and ages and womanhood itself as a complete, not just an exclusive concept that fetishizes one specific kind of femininity. Standing ovation after the finale were well deserved as a sincere love affirmation from an industry that has adored and admired designer’s art for more than two decades. 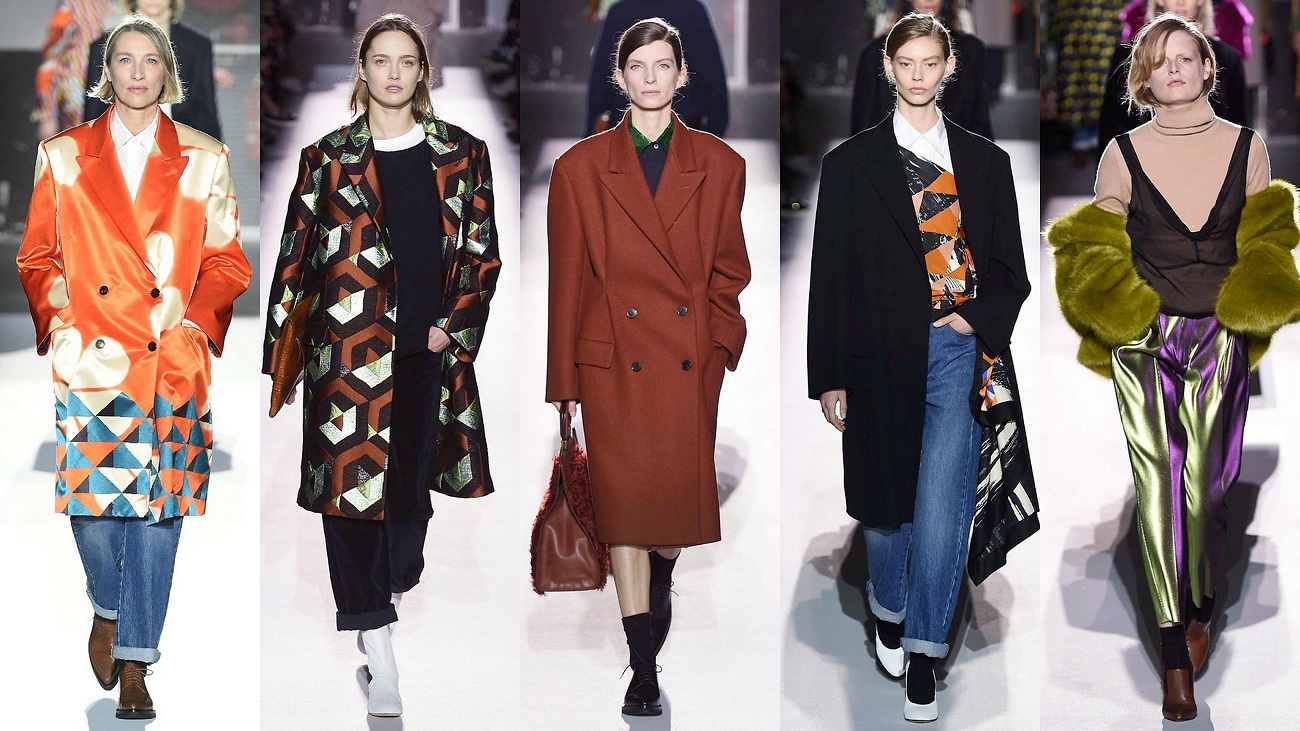 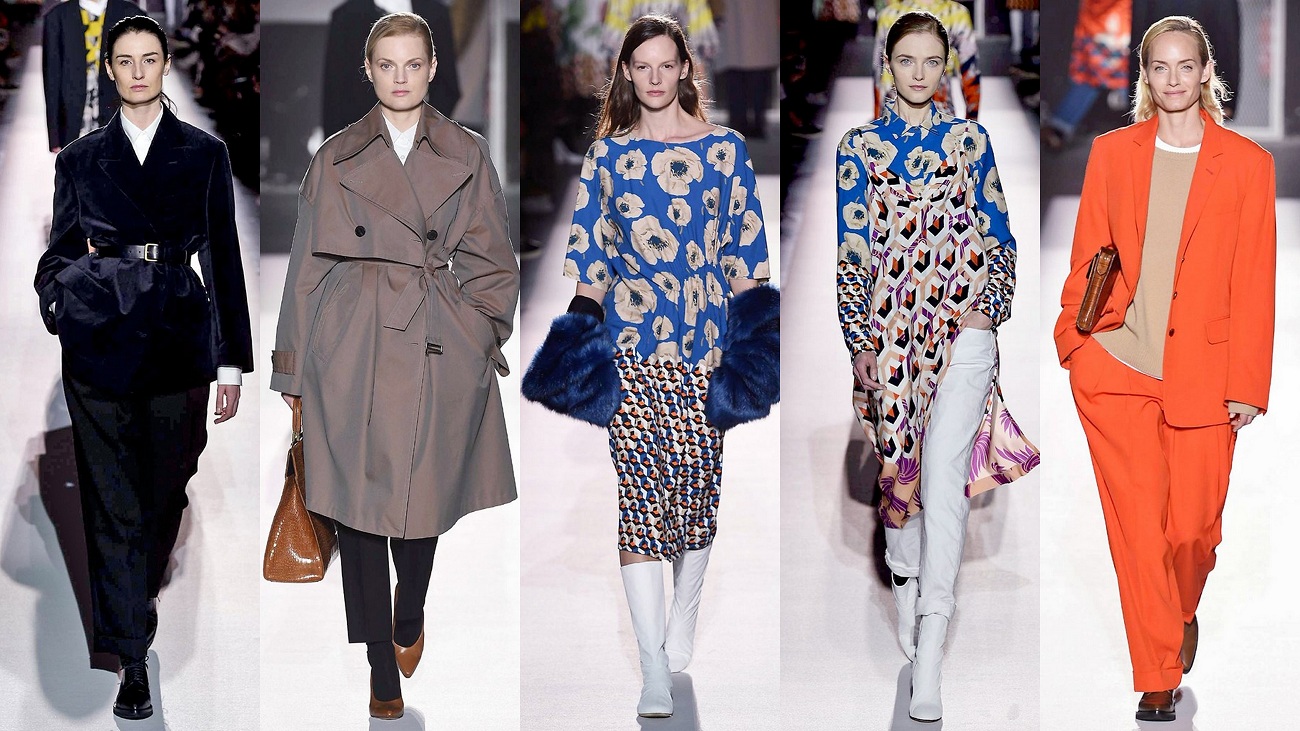 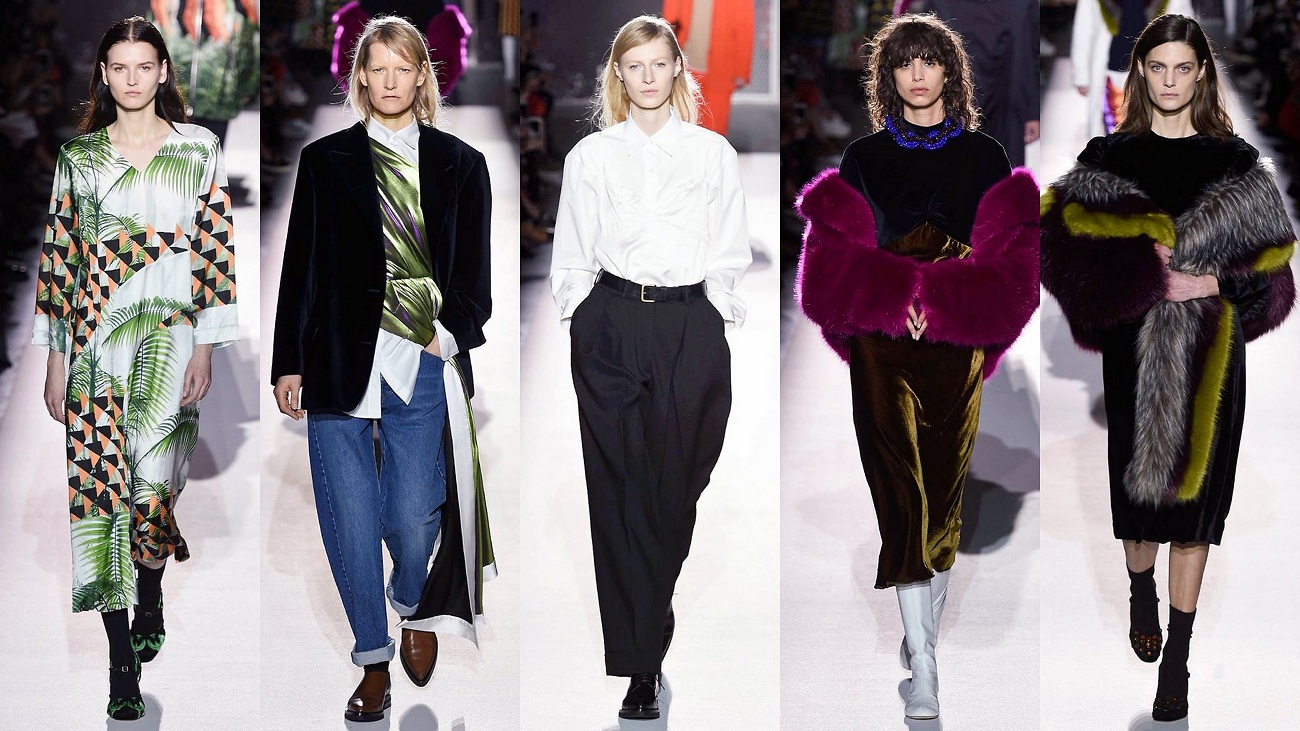 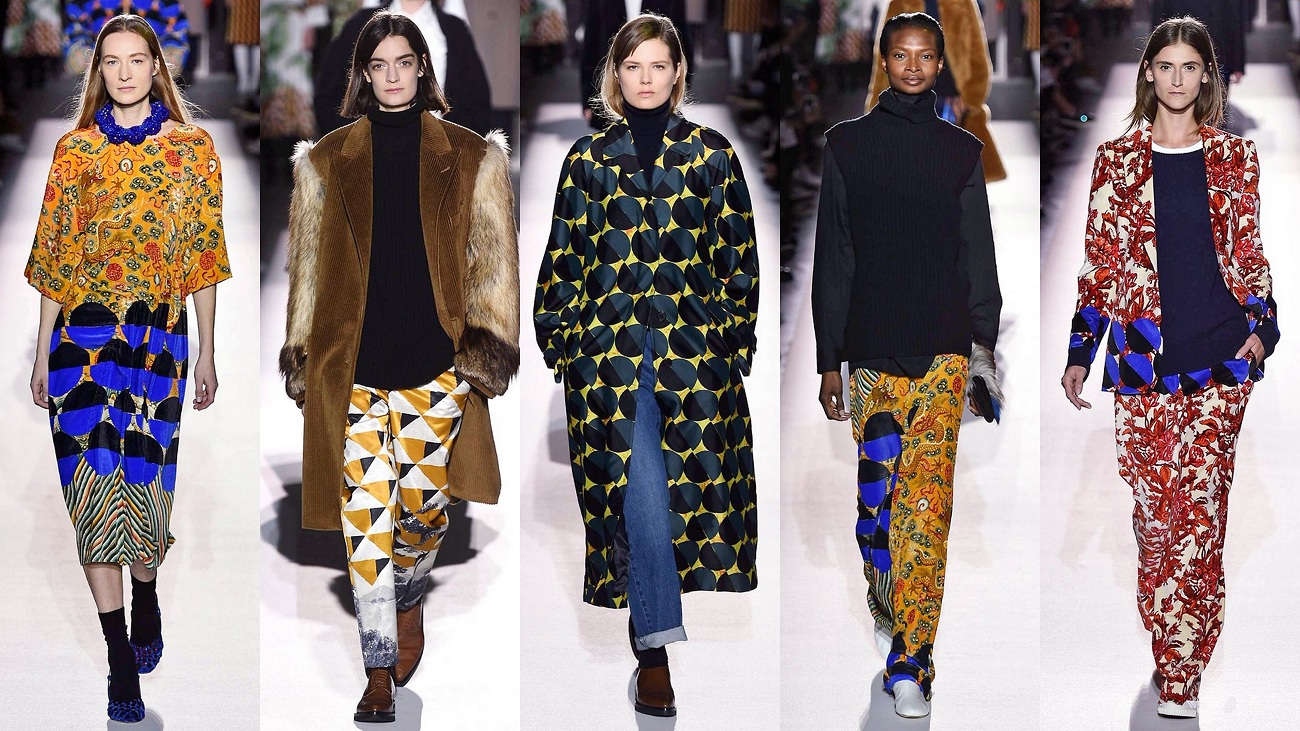 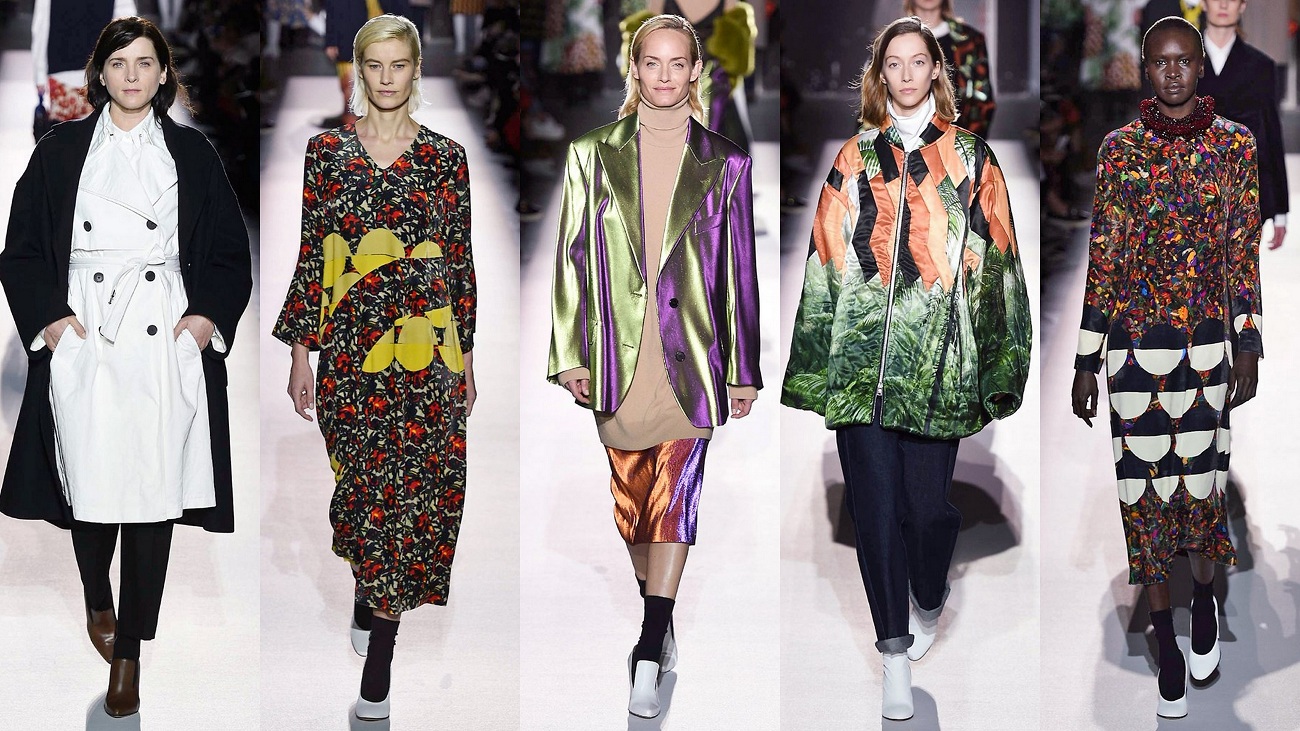 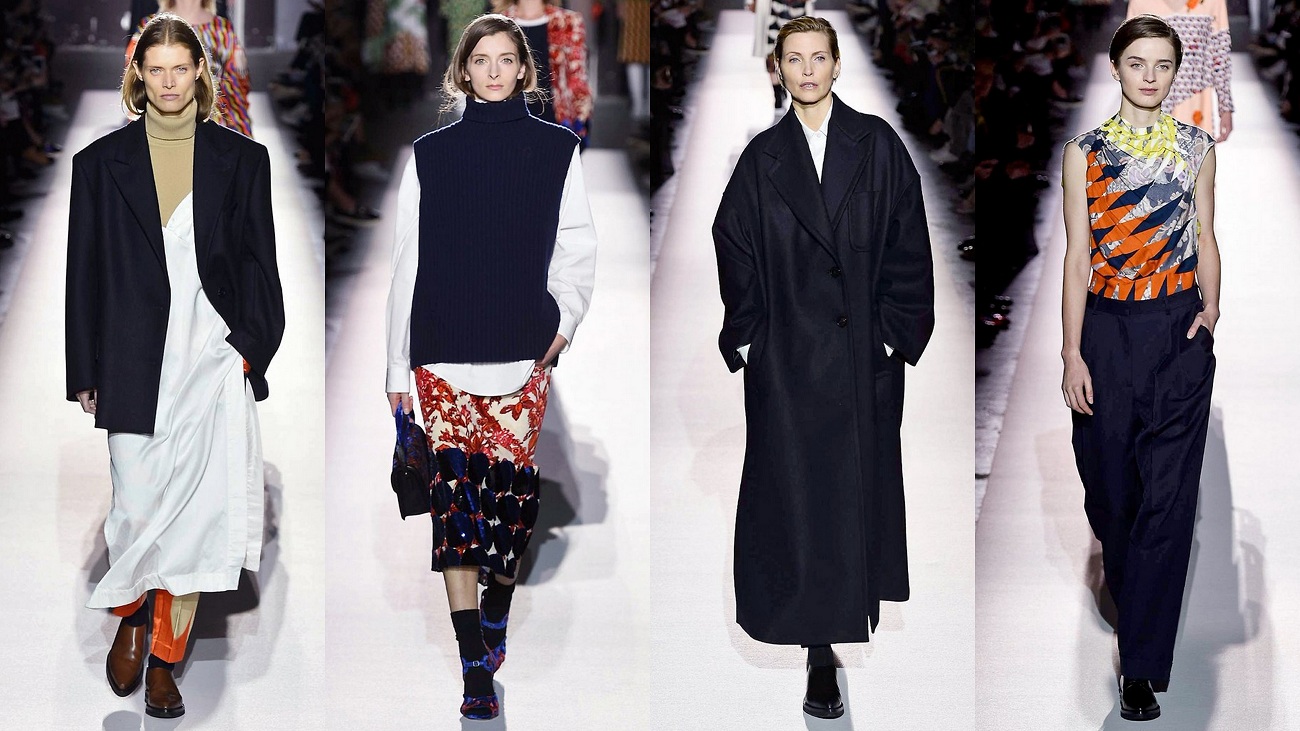 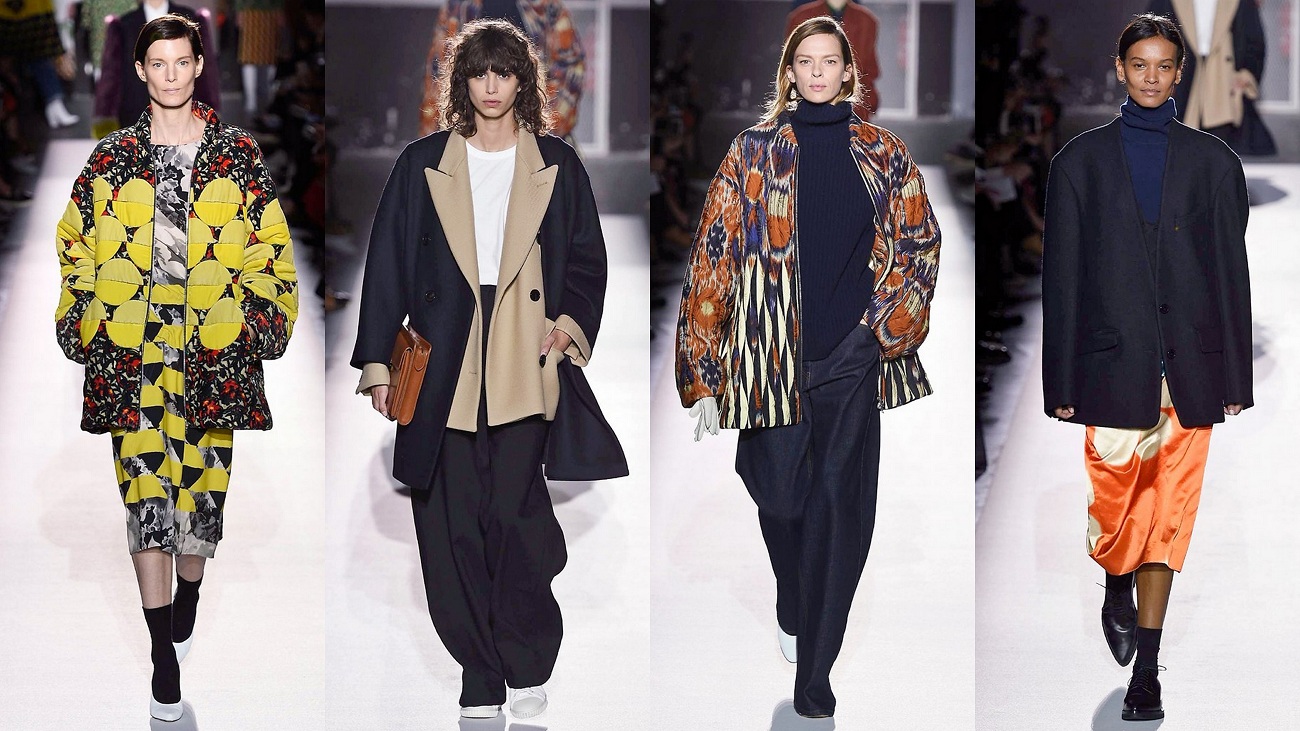