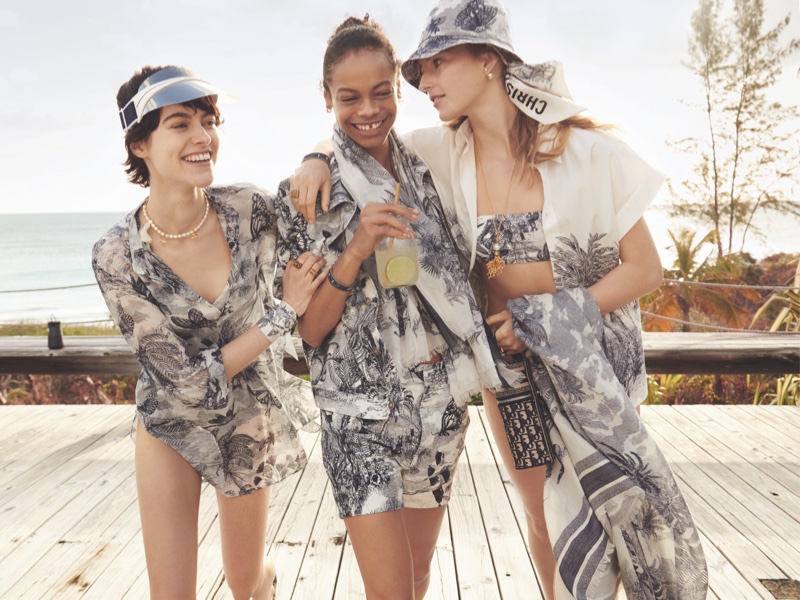 Like the promise of an endless summer, the Dioriviera capsule by Maria Grazia Chiuri offers a summer wardrobe revisited in the spirit of the inspirations seen in Dior’s latest fashion shows. Brightly-hued creations beckon us on a delicious seaside getaway and, for the launch of the Fall 2020 collection, feature prints evoking imaginary travels. 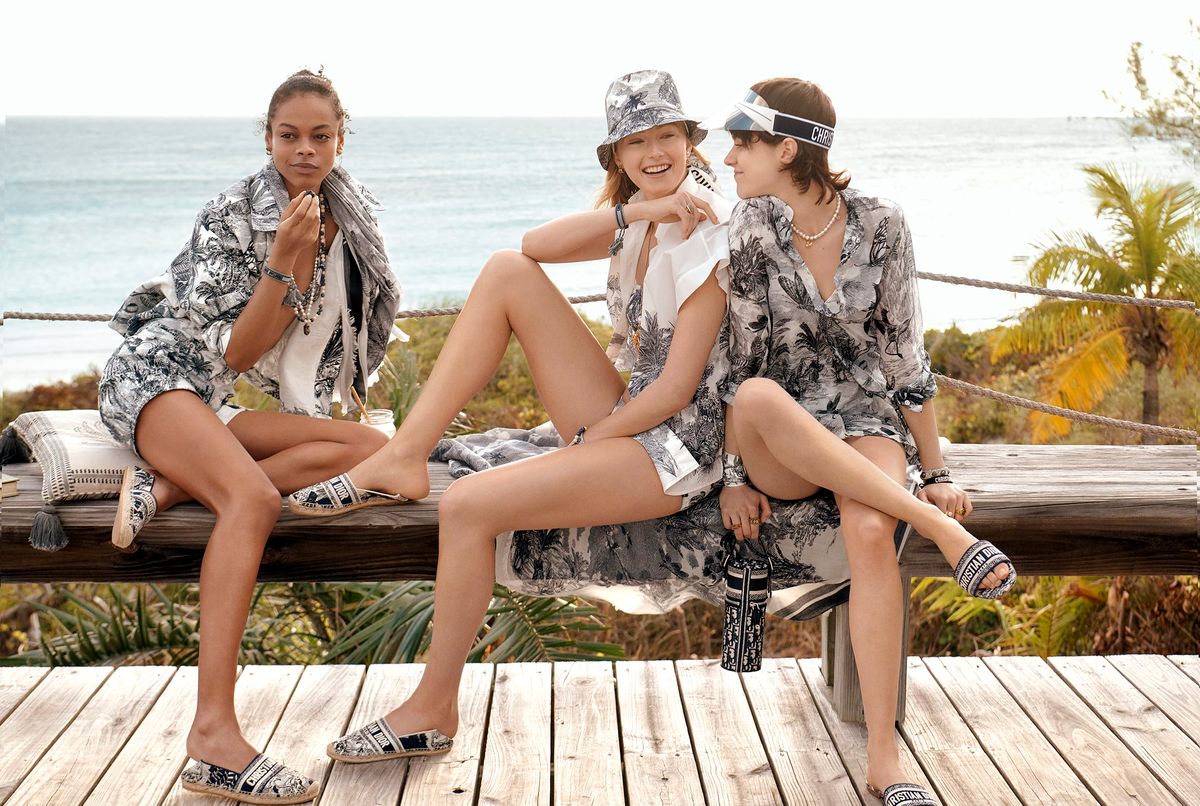 There’s the emblematic Toile de Jouy, freshly reinvented in a tropical spirit or in pastel gray, blue and pink; sailor stripes bearing the names of sunny destinations, and pieces from the Dior Around the World capsule, featuring camouflage and motifs by the Roman artist Pietro Ruffo, a friend and frequent collaborator of Maria Grazia Chiuri. For this new collaboration, he reinterprets Monsieur Dior’s lucky star in a world map linking earth and sky, continents and constellations, flora and fauna. 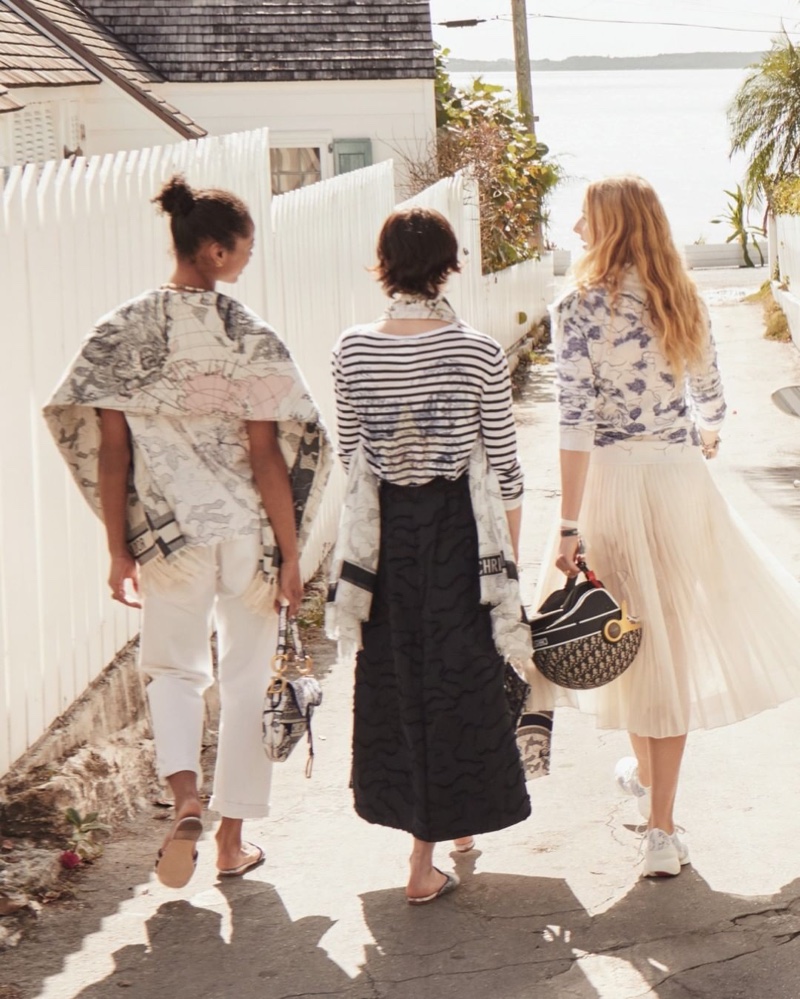 This star, which the founding couturier – a superstitious man by nature — credited for prompting him to launch his House, adorns new versions of the Dior Book Tote, Saddle and Diorcamp bags, mules embellished with the name Christian Dior, and light sweaters. 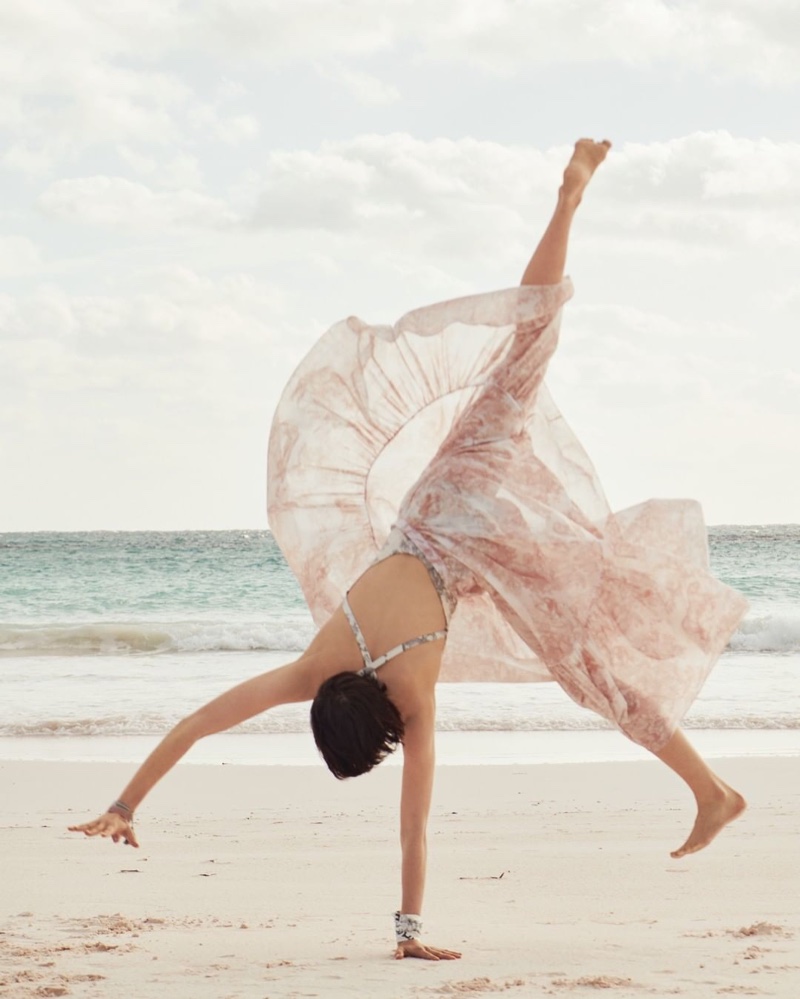 Bathing suits, pareos, jewelry, espadrilles and other accessories designed by the Creative Director also punctuate this sun-drenched capsule, alongside objects from the Dior Maison collection including cushions, place mats and even a deckchair. These essentials were launched at the end of May in a series of pop-up stores located in Ibiza, Porto Cervo and Forte dei Marmi. 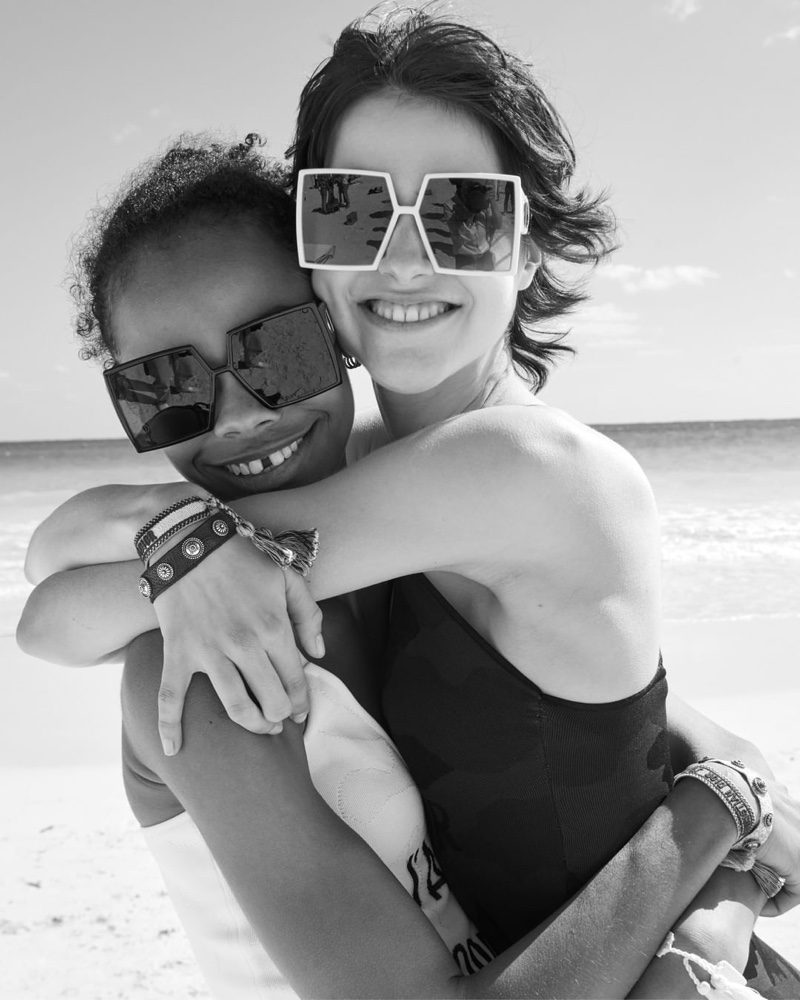 The capsule will also be showcased in two dream locations that, for the first time, are welcoming a luxury house: in the heart of the Yalikavak Marina, in Bodrum, Turkey, and at Il Riccio Restaurant and Beach Club in Capri. The second Dior showcase on the island, the latter features a décor based on the house’s signature codes. The collection will also be available in Mykonos – in Nammos Village and in a new space located in the center of Chora, both featuring exclusive tie-dye pieces – as well as in Dior boutiques. The Dior Homme’s universe by Kim Jones will also be spotlighted in the pop-up stores based in Ibiza and in Mykonos’ Nammos Village. 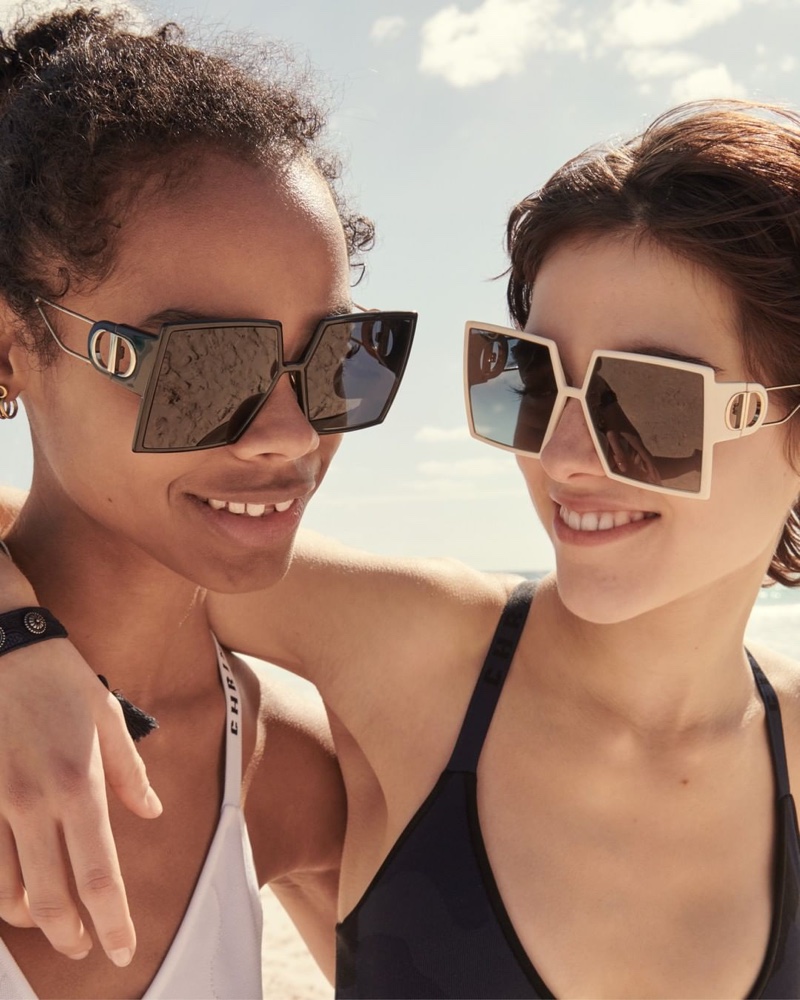 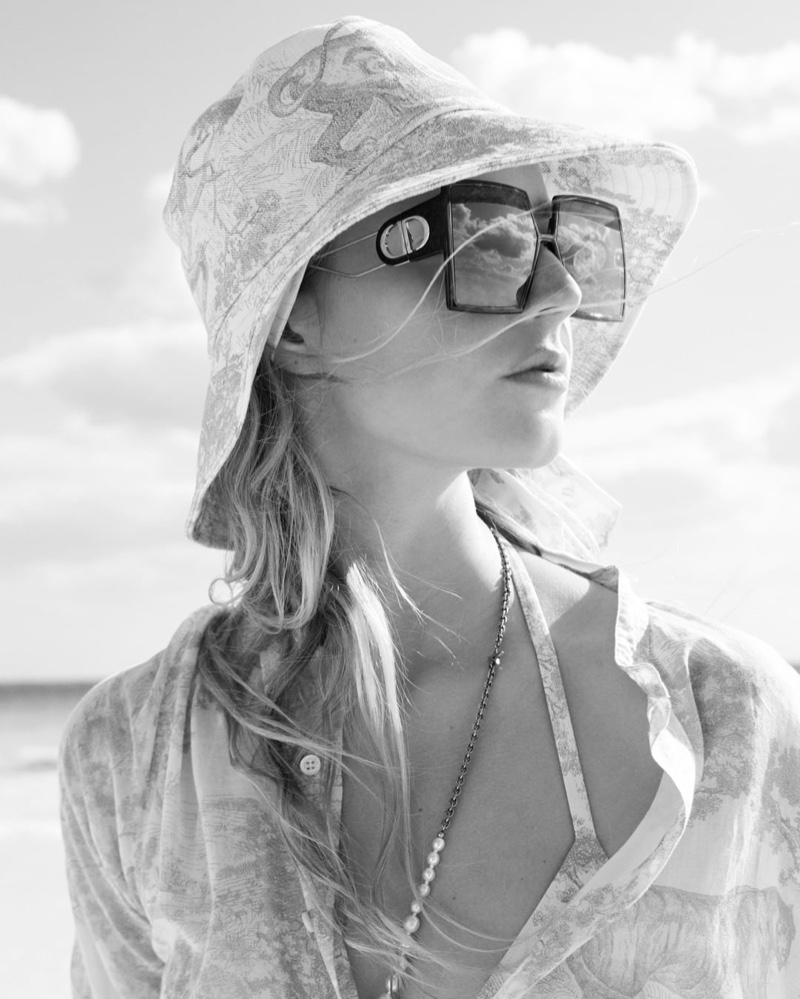 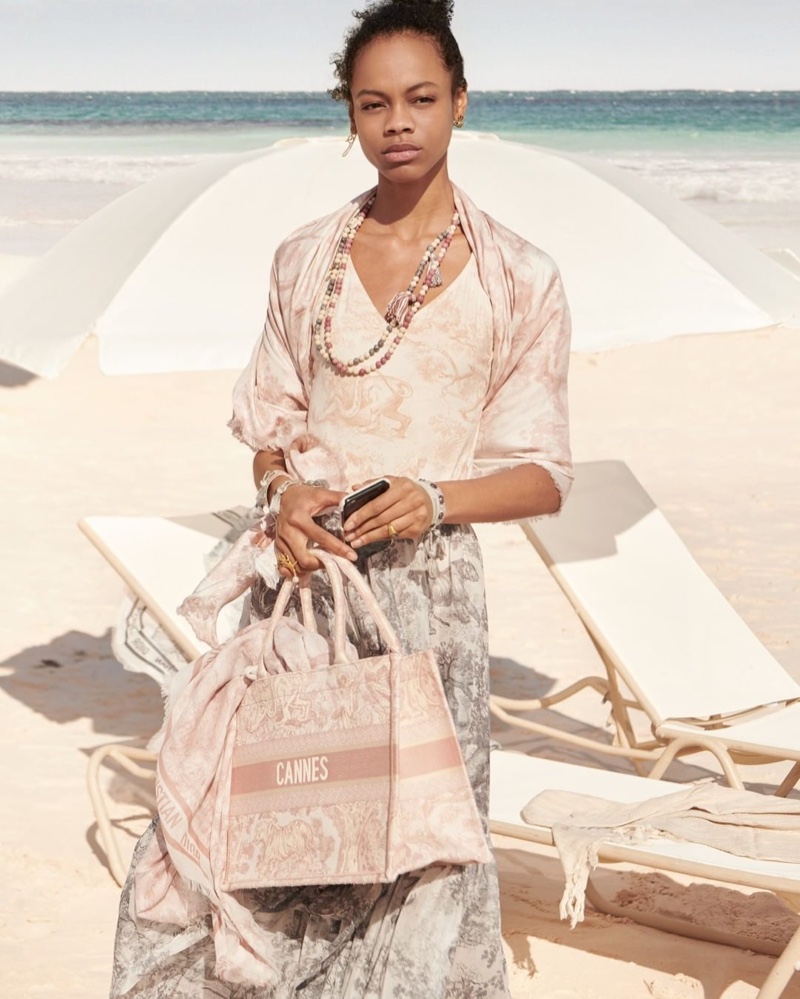 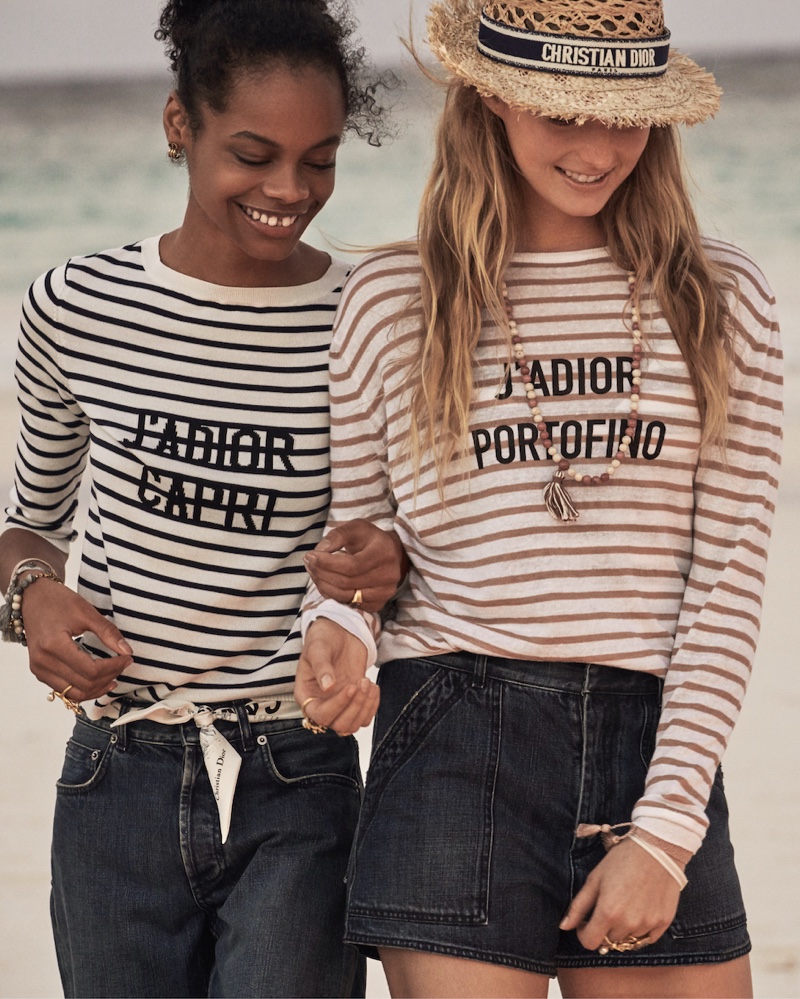