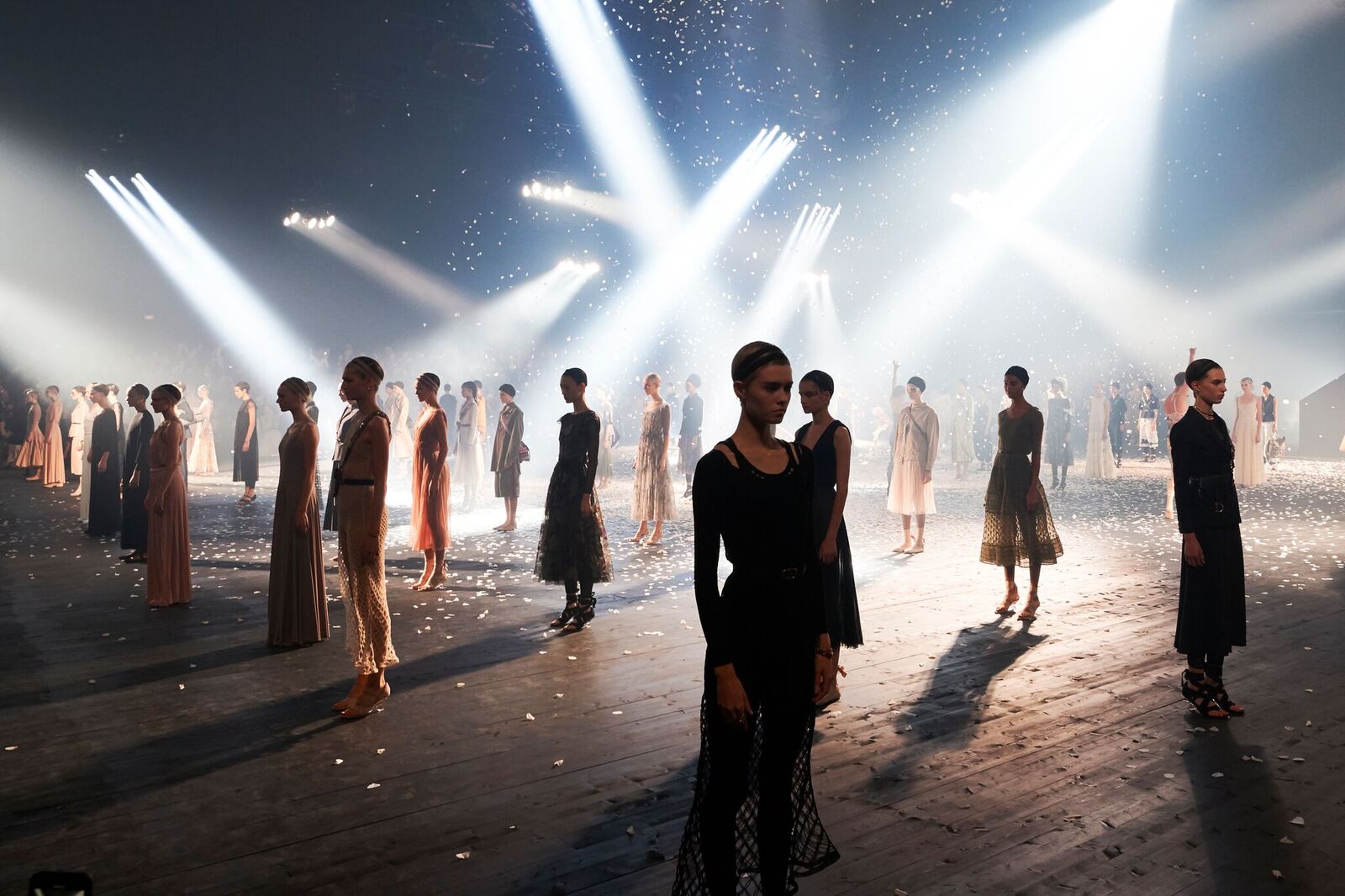 Dance is at this collection’s heart. Dance as a liberating act, an action of the body, a dimension that uses rhythm, movement and music to connect with the deepest part of our being. Dance and fashion define the body and, through discipline, teach us to own it. 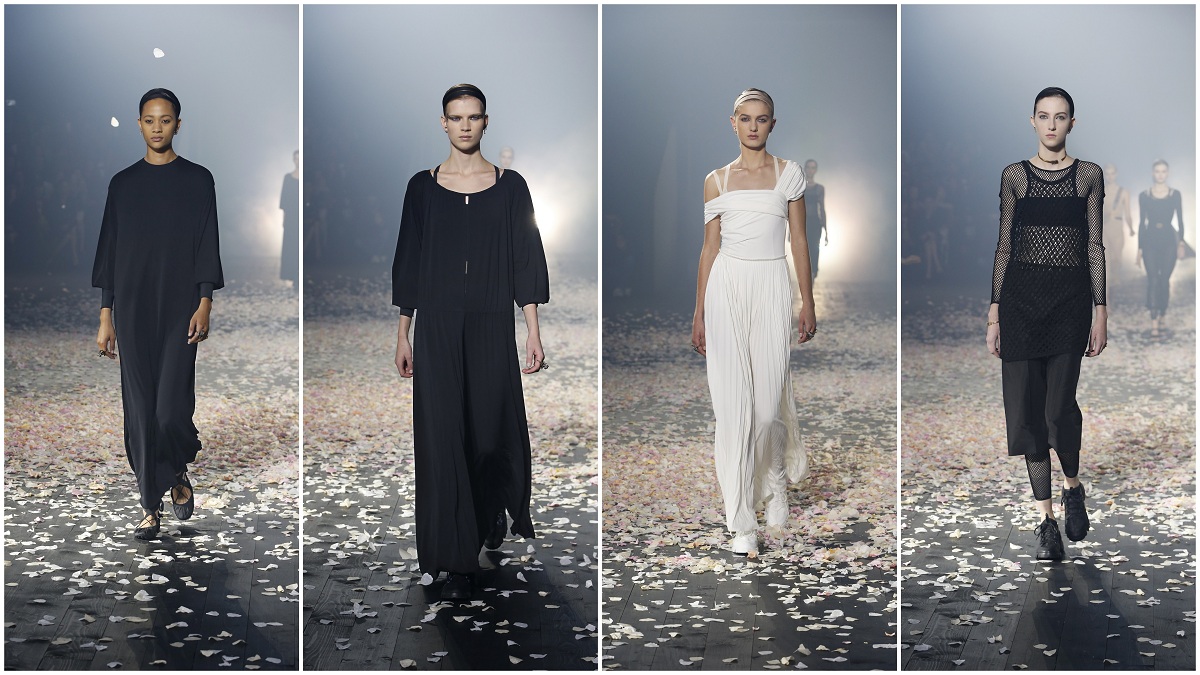 Maria Grazia Chiuri, Creative Director of Dior women’s collections, drew inspiration from the works of a series of artists who shook up established codes in order to develop another idea of the beauty of the body in motion in a new relationship with space, time and nature. These heroines of contemporary dance, Loïe Fuller, Isadora Duncan, Ruth Saint Denis, Martha Graham and Pina Bausch, revolutionized their discipline in order to reconnect it to the origins of the world, a Dionysian melange, the vital energy that powers each culture. 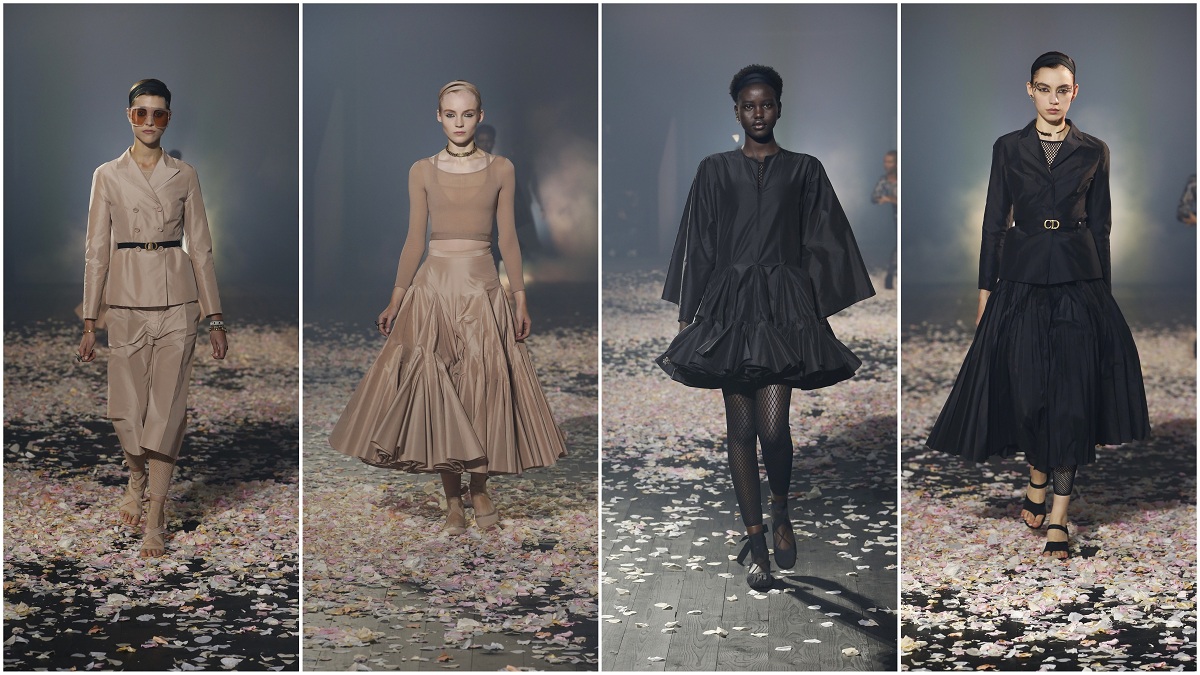 “It’s not a question of bodily perfection, but of flexibility and strength of movement,” says Sharon Eyal, one of the most talented choreographers of our time, whom Maria Grazia Chiuri wished to associate with this show. 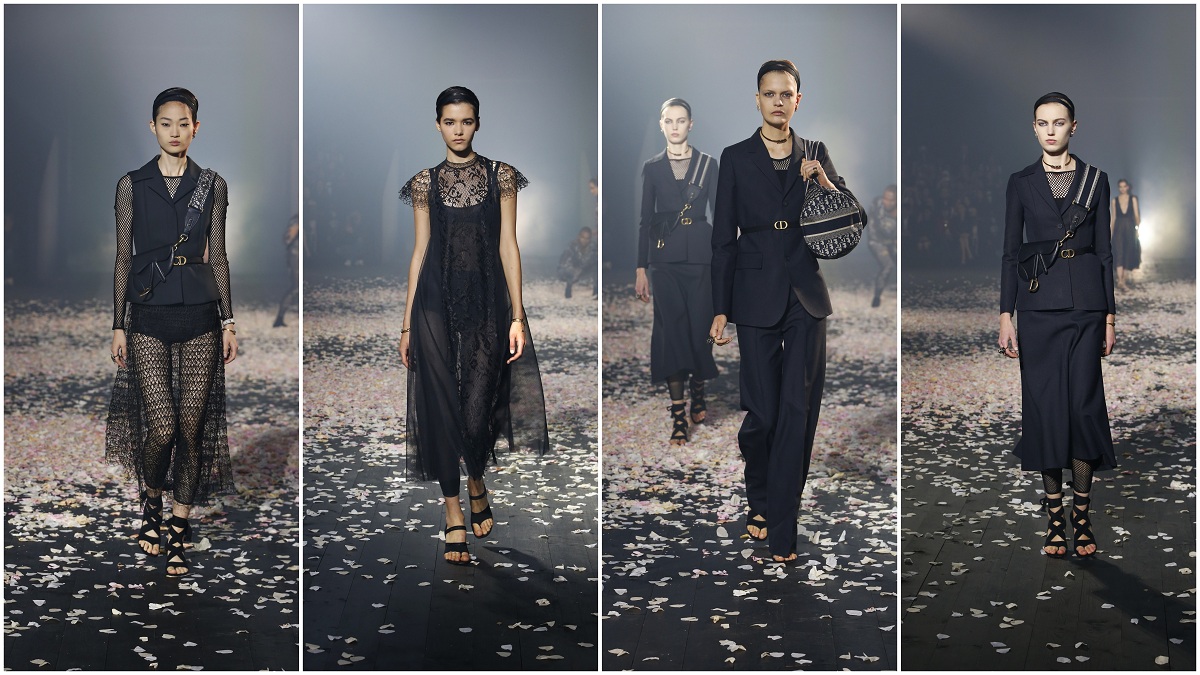 Christian Dior loved dance, as evidenced by the Dior archives, which contain documents illustrating his extraordinary collaboration with Roland Petit on the ballet Treize Danses, and photos of Margot Fonteyn, the dancer and House client. 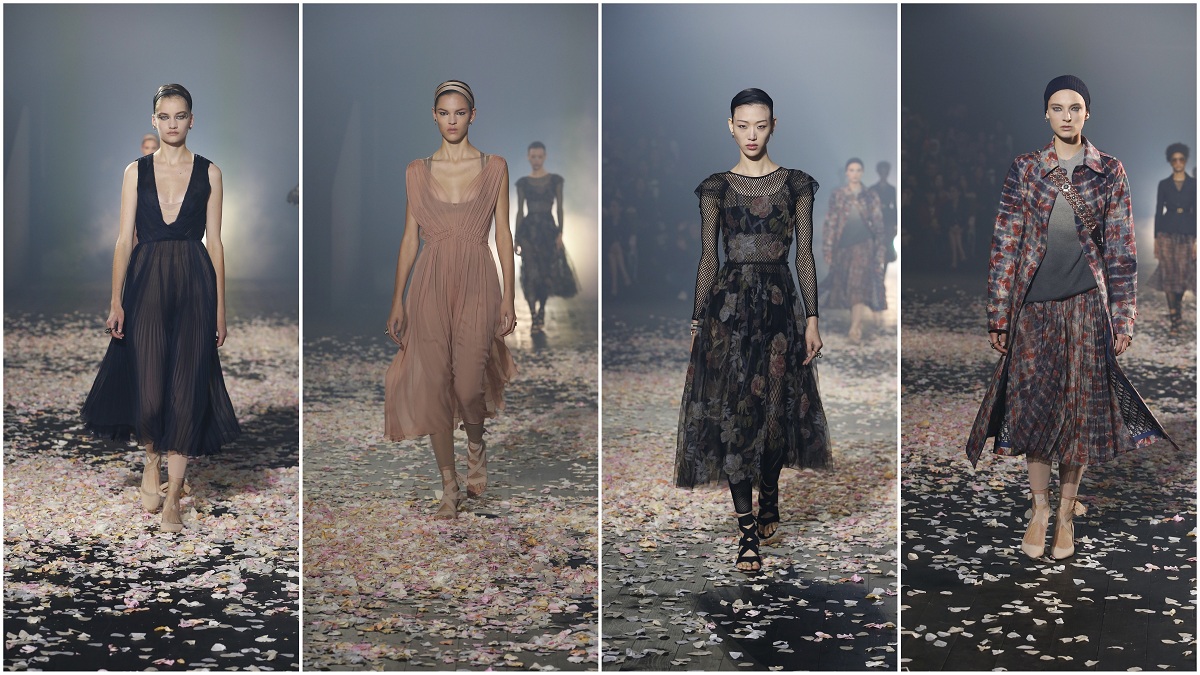 “The experience of dance, its most intimate truth, the fact that it is a means of universal expression, and the radicality of the gestures of contemporary dance have all stimulated my imagination,” says Maria Grazia Chiuri, who has created a collection that reveals its essence in lightness and extreme suppleness. Bodysuits, tanks and light jumpsuits form a choreography of clothing in an infinity of nude shades, a multitude of variations, corresponding to the body’s movements. They become the base and the complements to a series of pieces in the collection, such as full and airy skirts, as well as short or long tutus. They reveal volumes specific to traditional male dance costumes, reflecting a popular culture prized by Maria Grazia Chiuri. The dresses are as ethereal as a layer of tulle, while the corset has been replaced by a simple tank. As a visual allusion to hip-hop sounds, another inspiration for part of the collection, jeans serve to emphasize the relaxed silhouette. 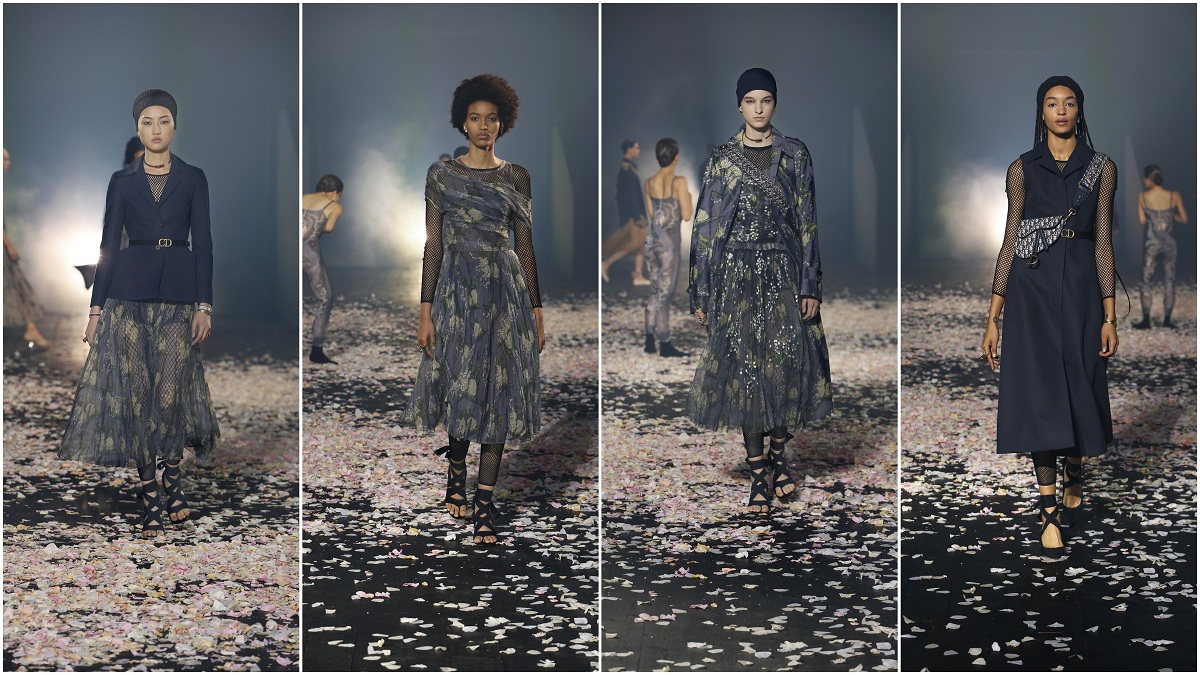 It is dance, as a movement art and a performative act, which suggests the kaleidoscopic motif, appearing as drawings and an extravaganza of feathers, paying tribute to Loïe Fuller’s color-soaked cinematic effects. In turn, colors fade across the light surface of dresses and skirts worn under large coats and jackets that protect the bodies upon exiting the theater. Shoes, meanwhile, are incredible creations of braided ribbon from foot to ankle, resting on the transparency of a Plexiglas heel. 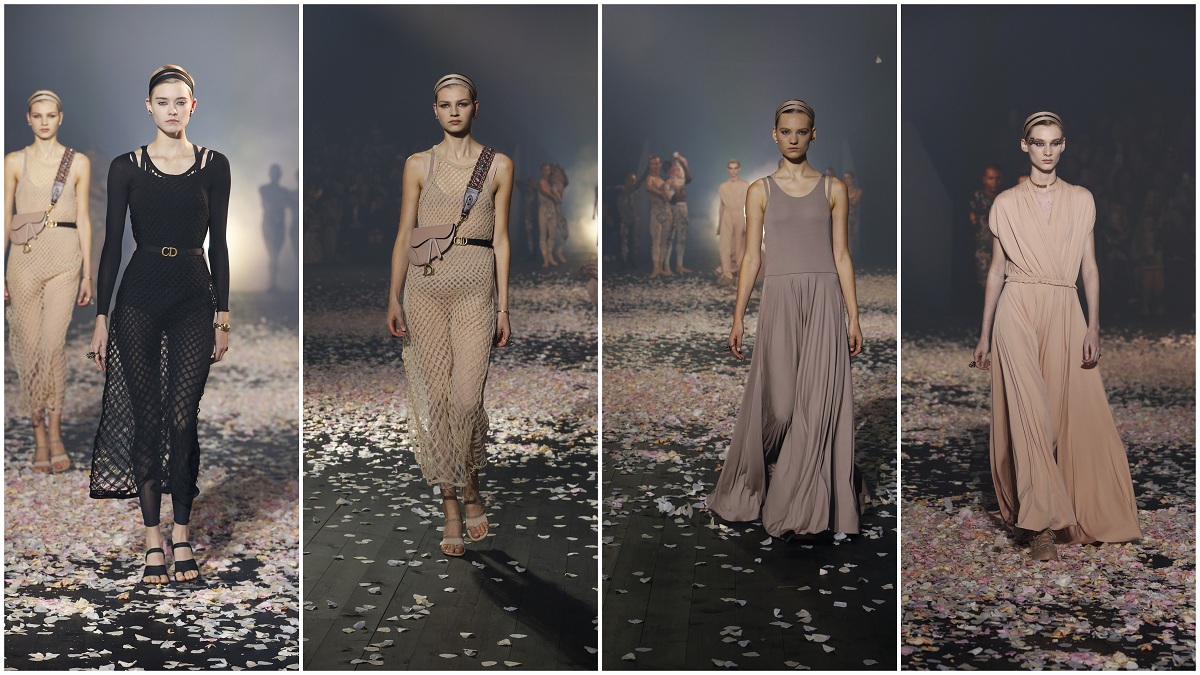 The choreography of the bodies, and the bond that unites them, echoing the movement of the stars in the celestial vault, evokes the energy of the universe from which dance draws its expressions. Energy that lies simultaneously in the control and the liberation of the body. Energy that is both rigorous discipline and extreme freedom. The energy that produced this collection like a sophisticated and stylish piece of choreography, and a powerful explosion of the female imagination. 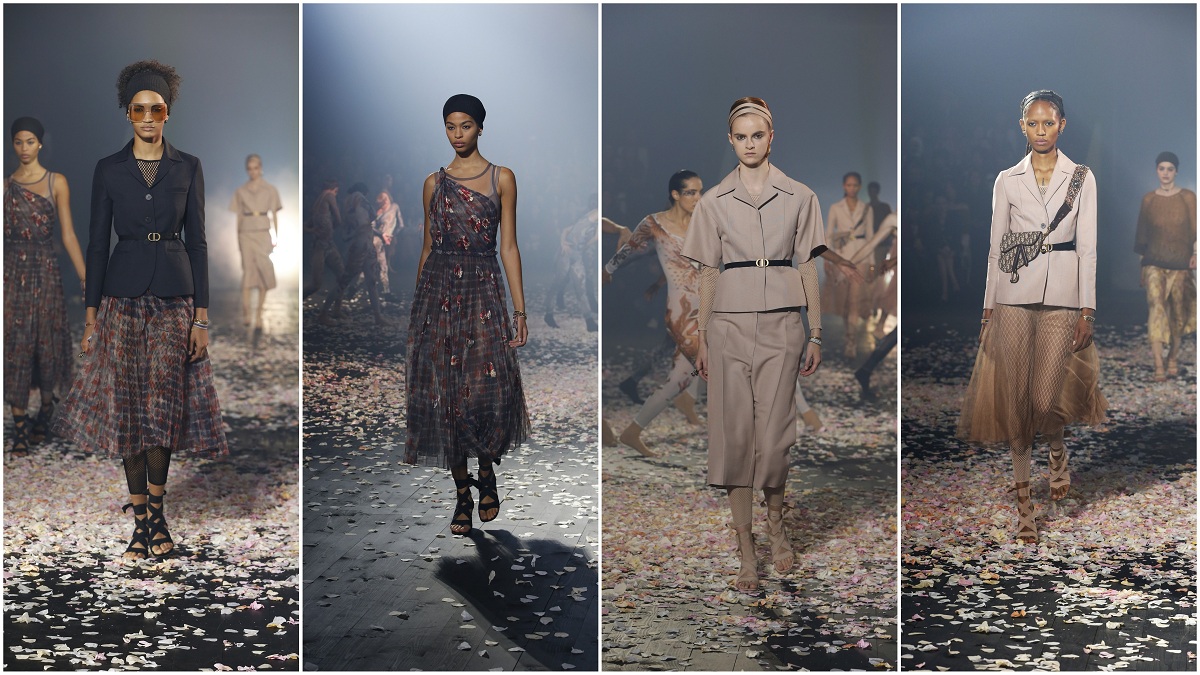 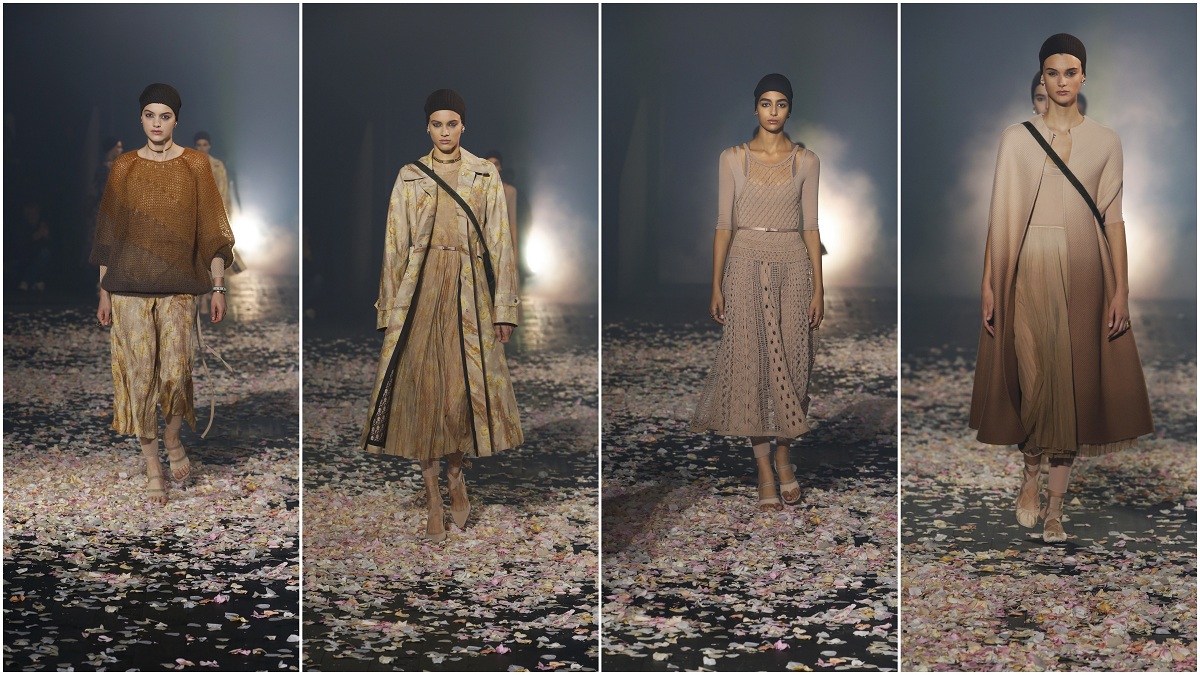 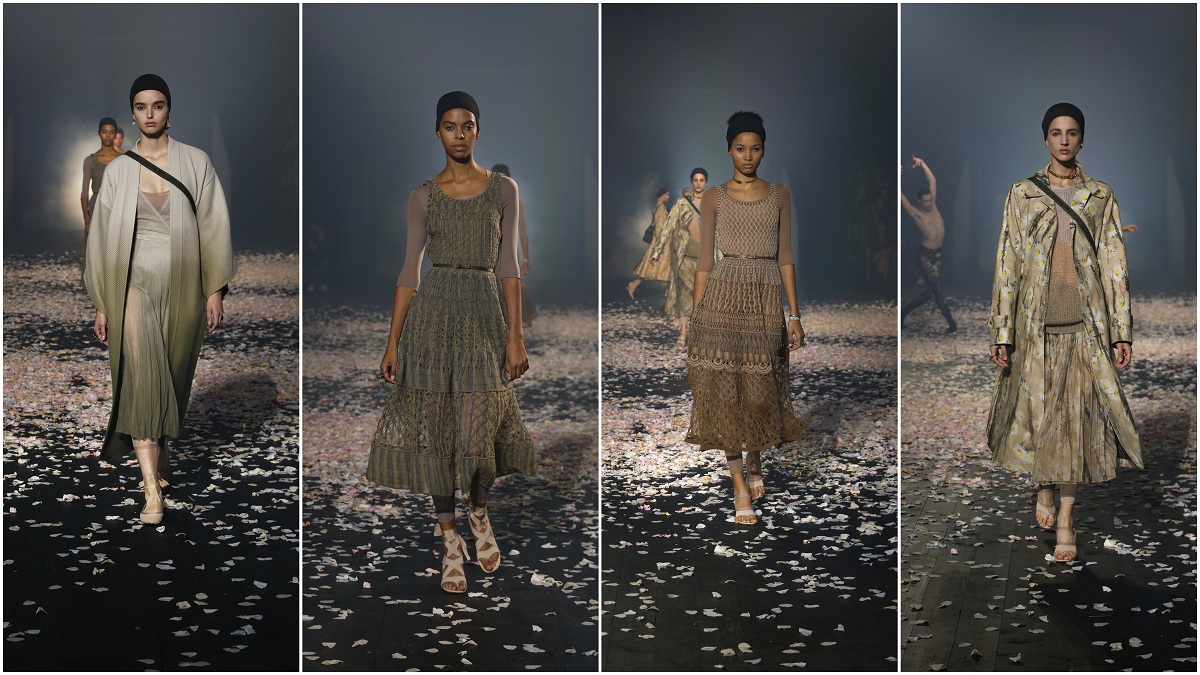 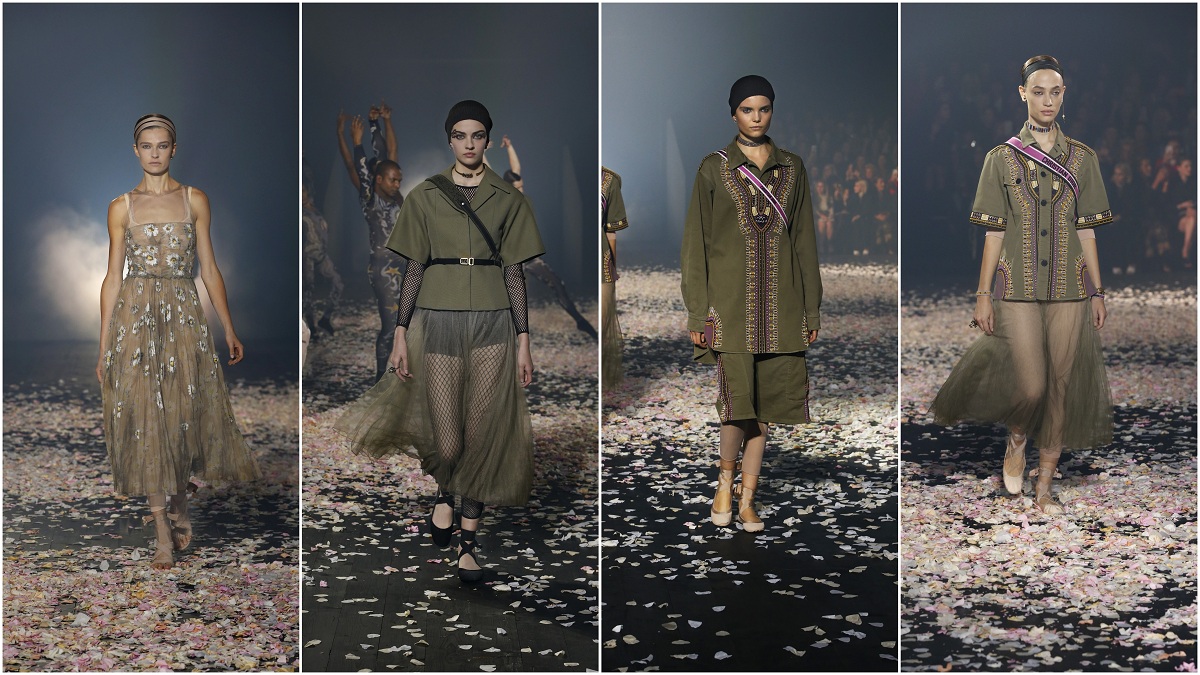 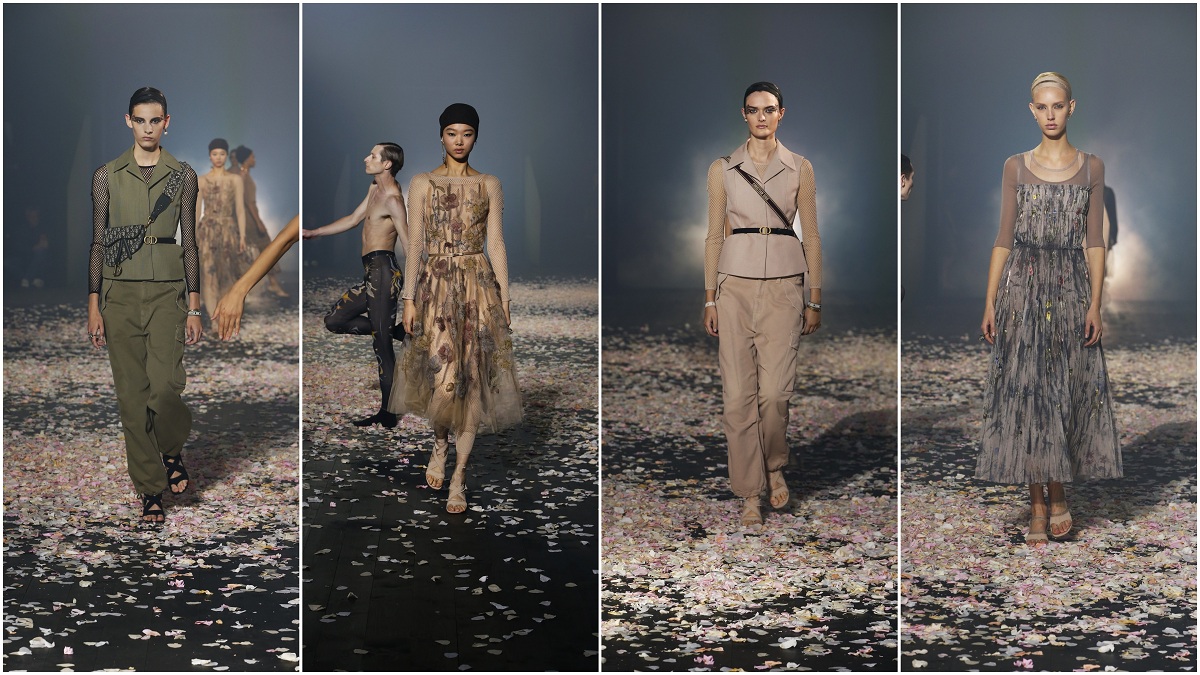 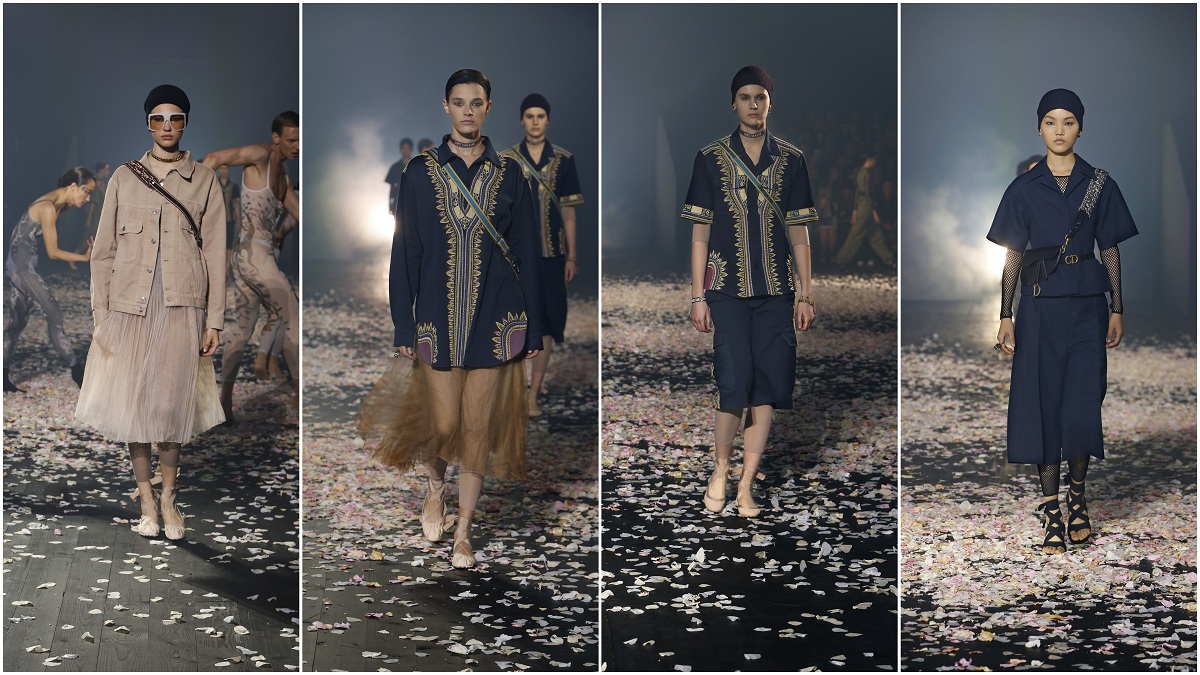 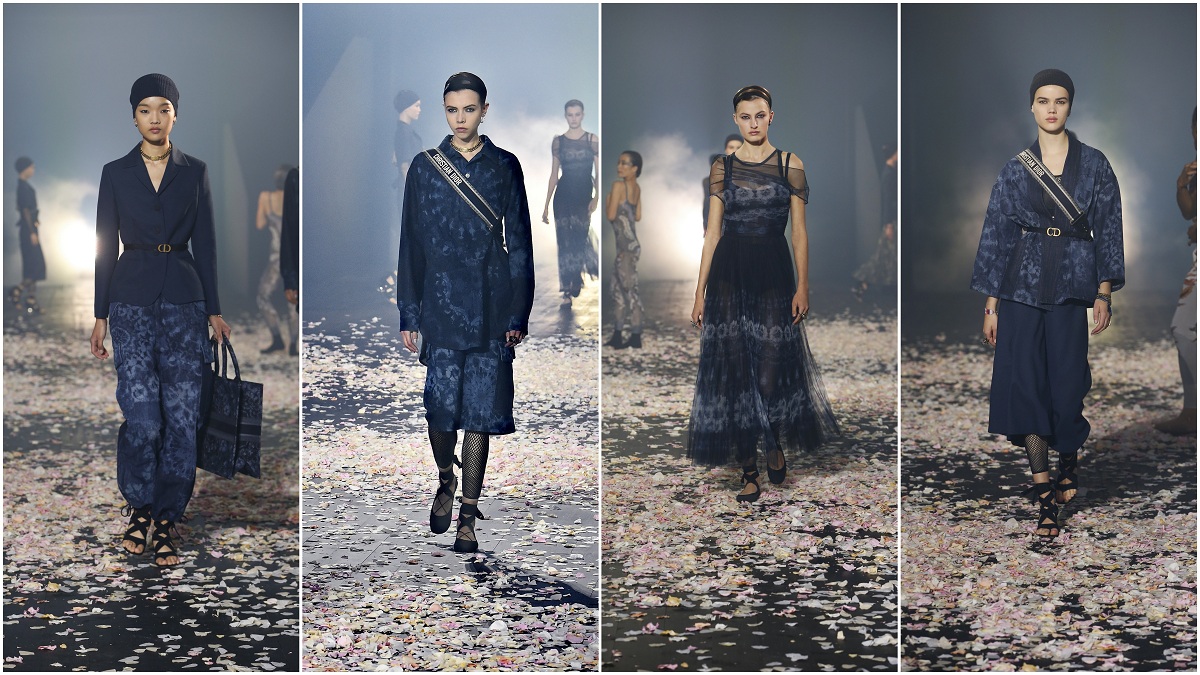 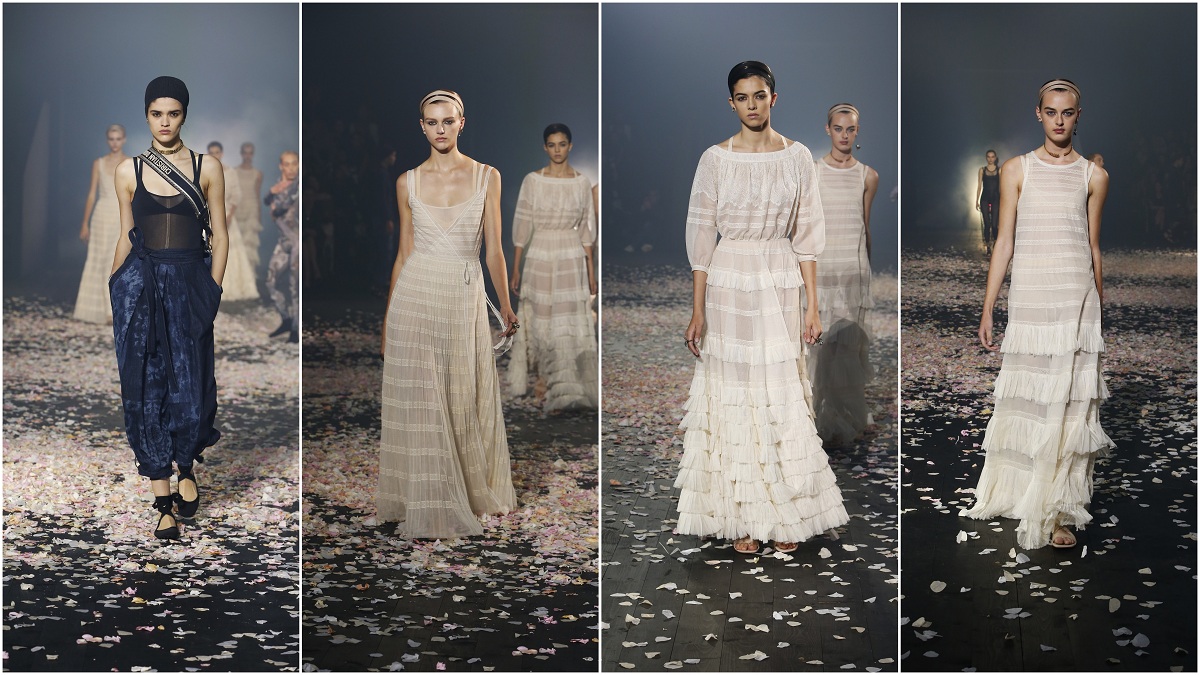 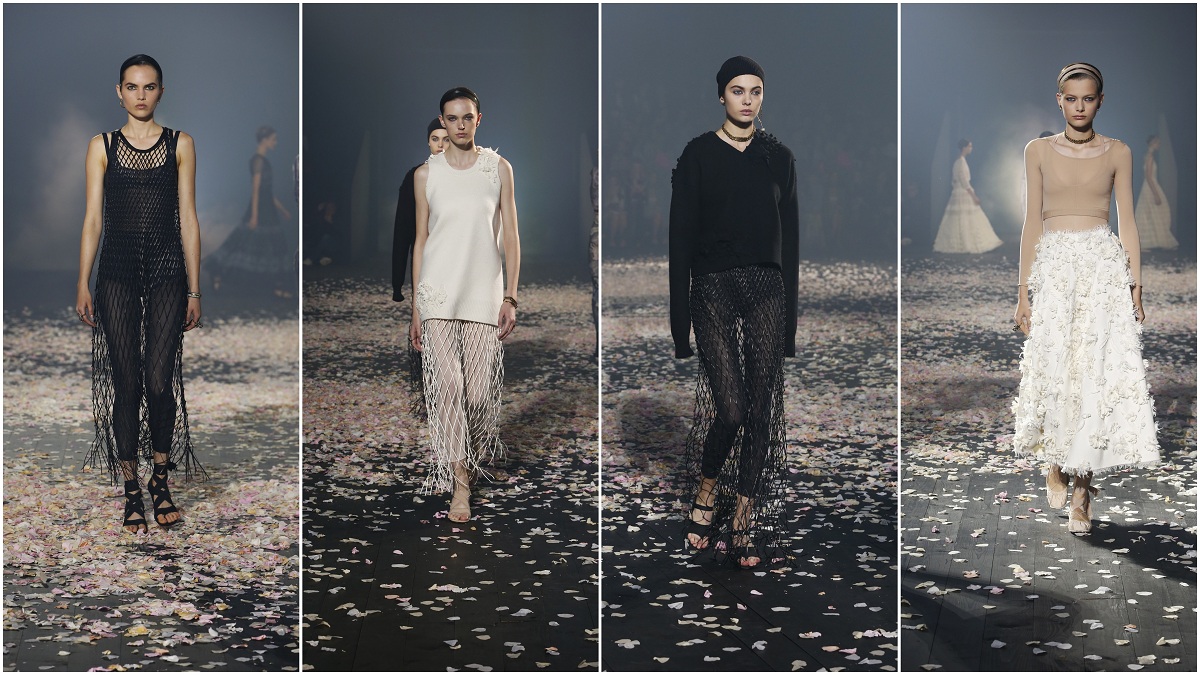 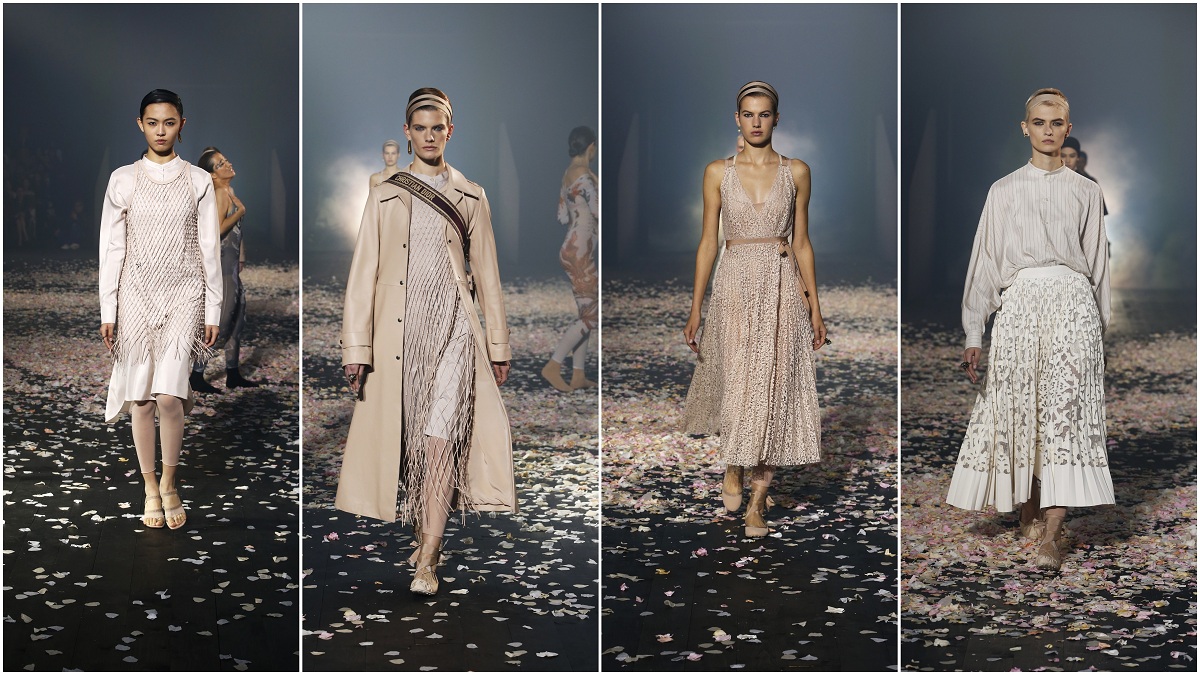 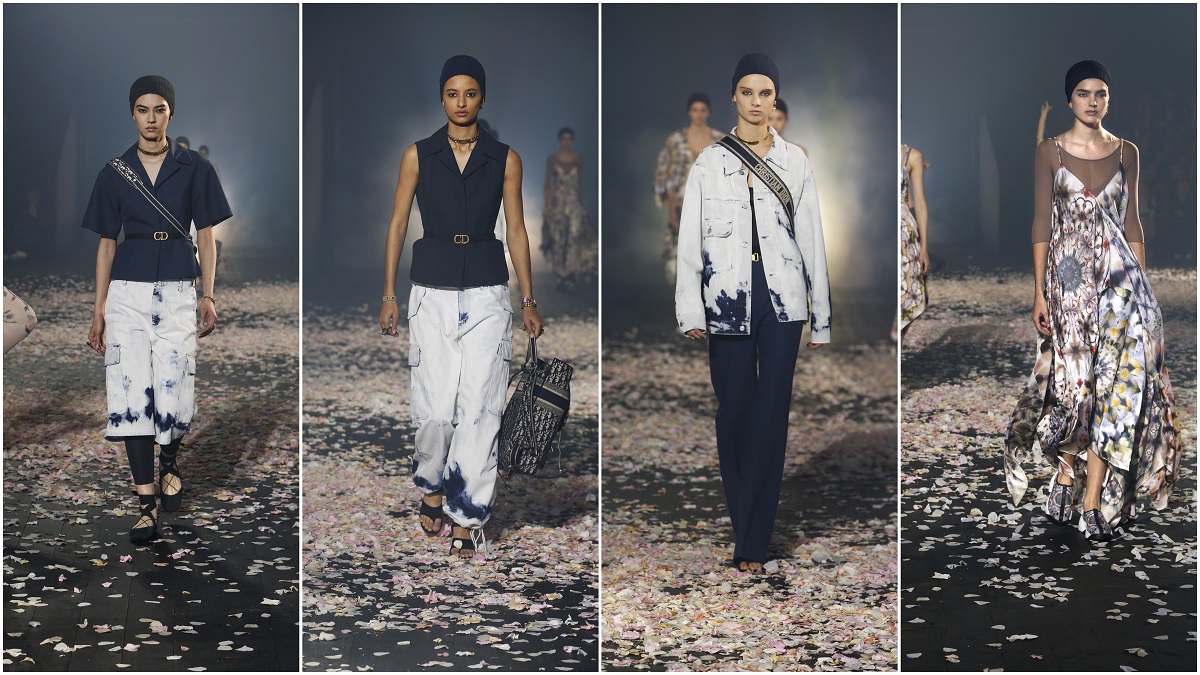 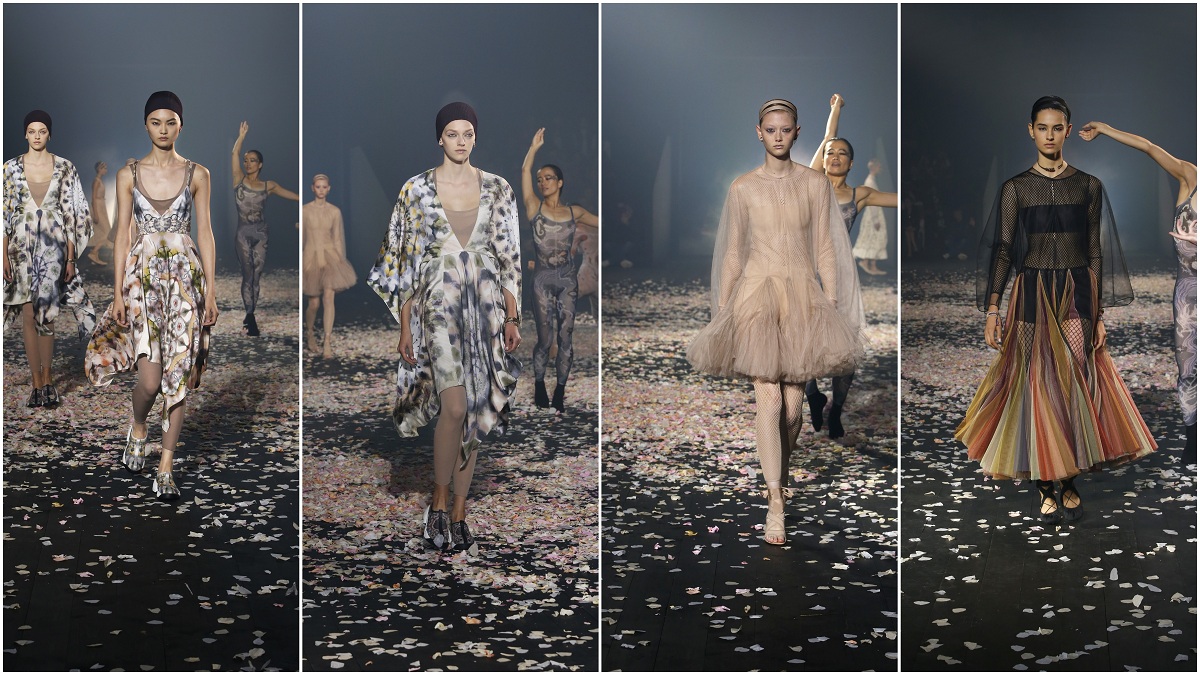 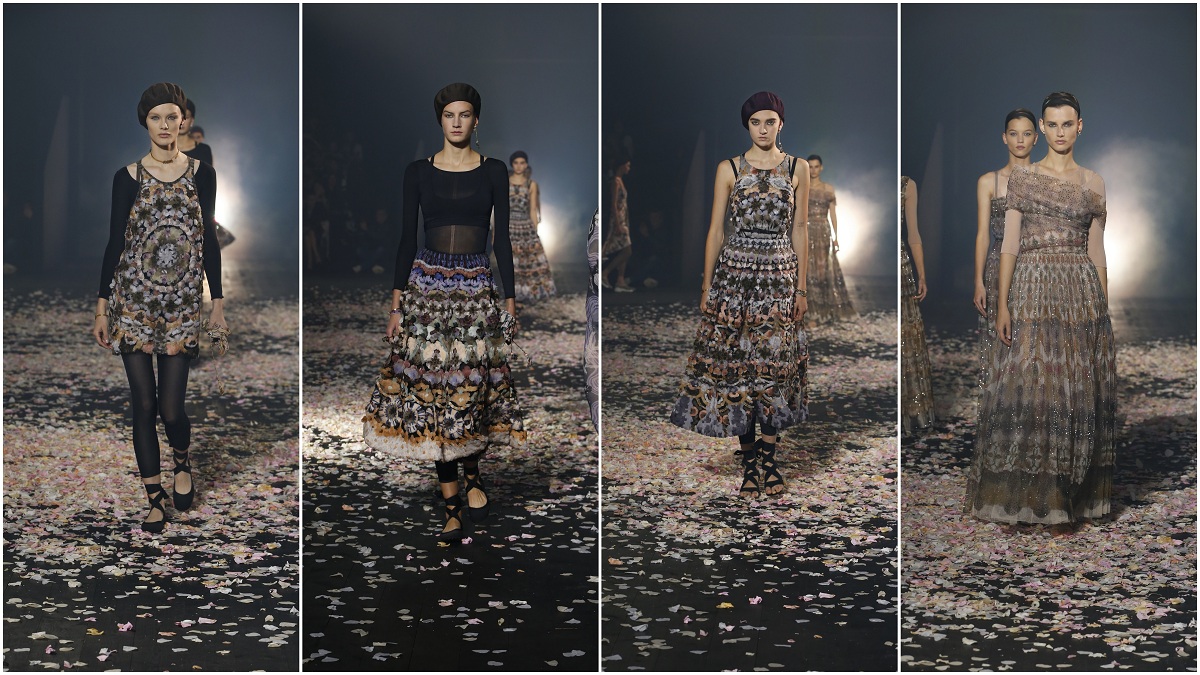 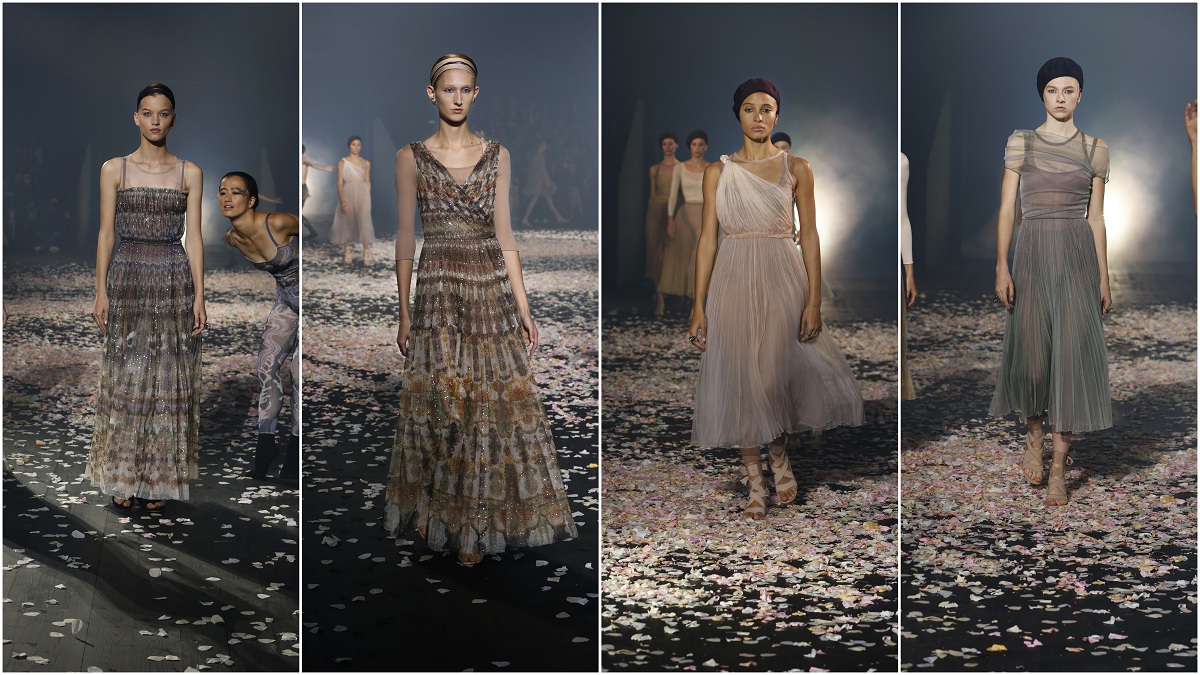 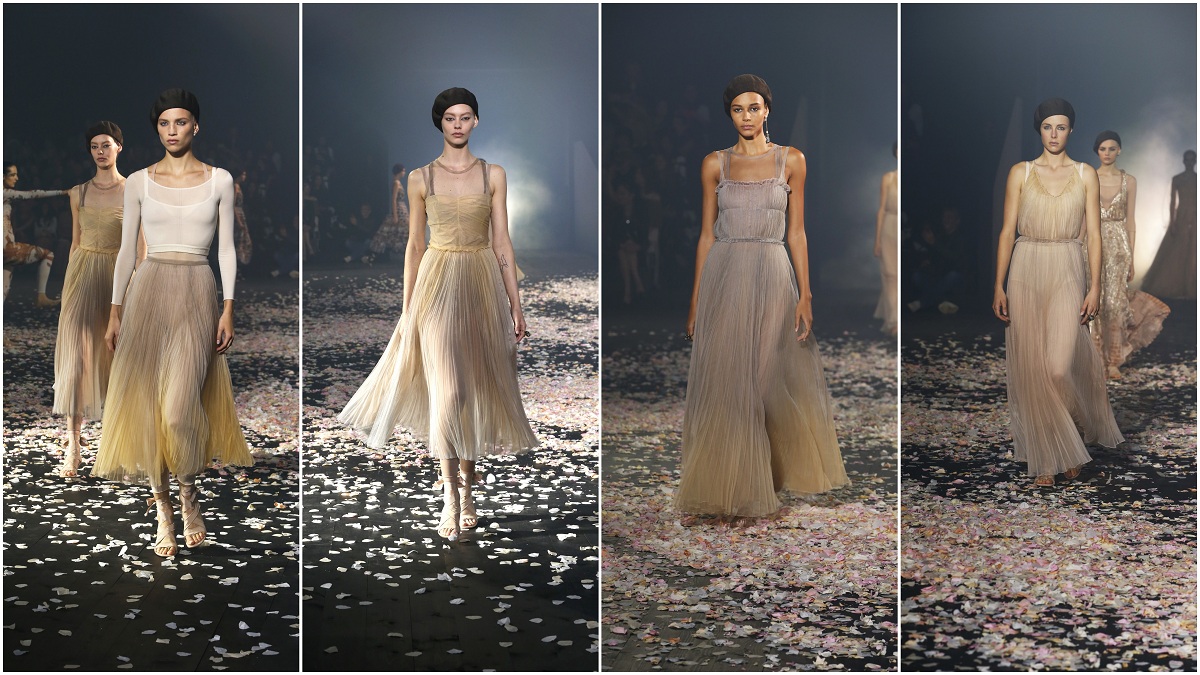 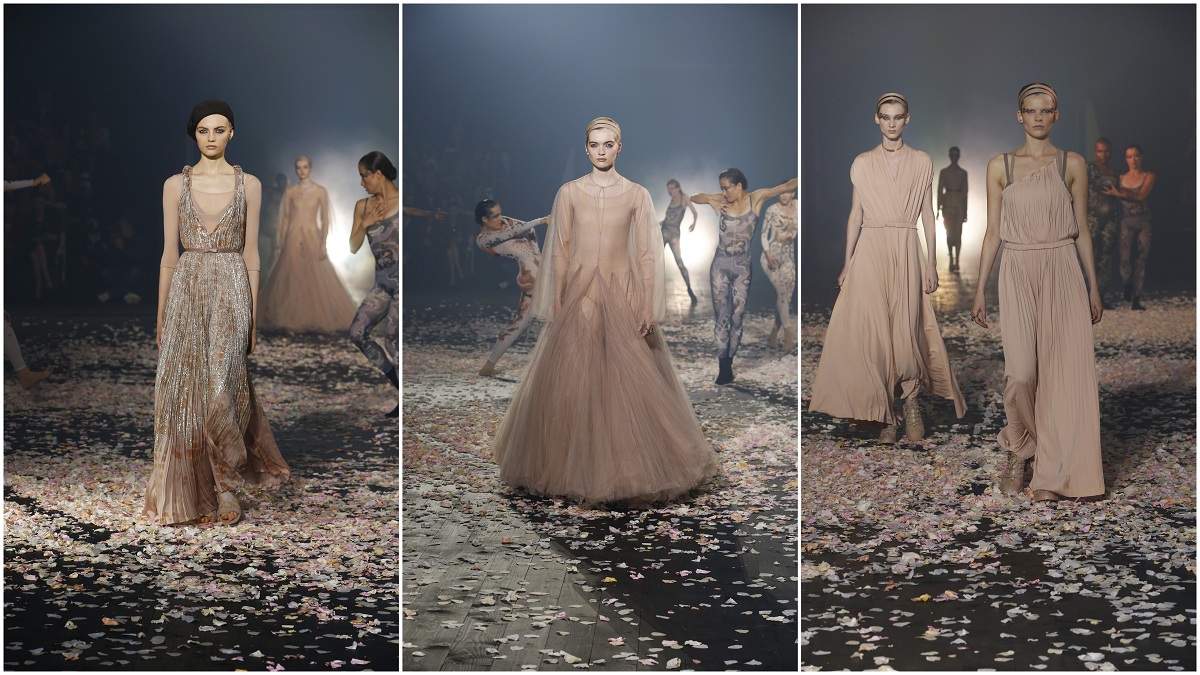