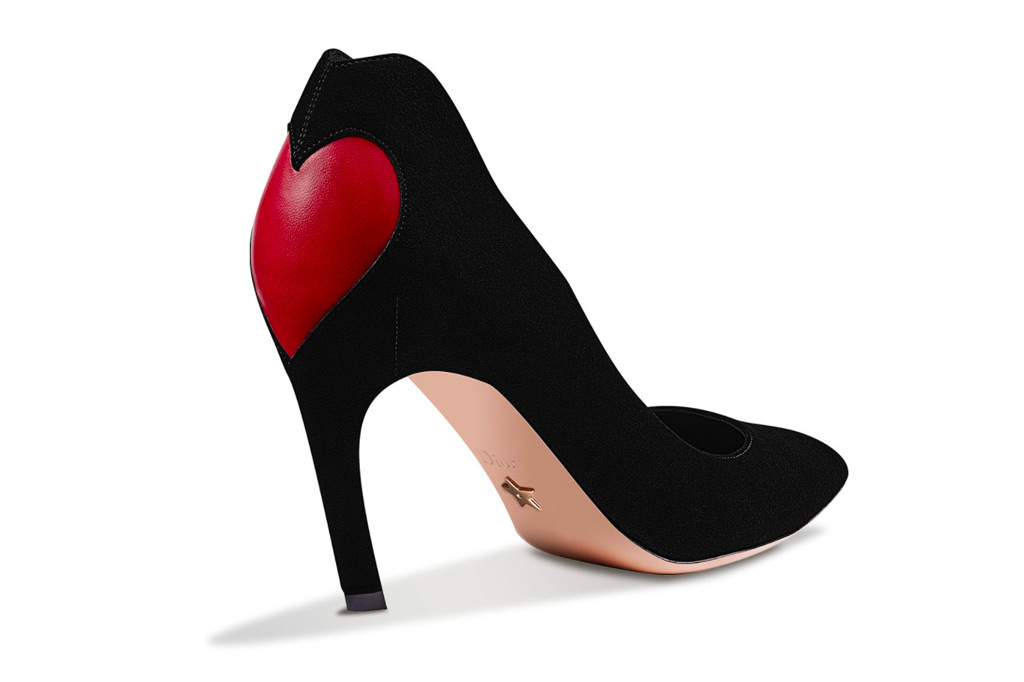 “Pumps go with everything” Christian Dior liked to say. For her Ready-to-Wear Fall 2017/18 show Maria Grazia Chiuri designed a pair of black pumps adorned with a red heart at the back. Their heel is inspired by the “talon choc” that first appeared in 1959, identified by its gentle curve. Combined with reworked overalls, these Dioramour pumps highlight the assertive and audacious allure of the Dior woman of today.

Reclaiming the values of Haute Couture after this period of restrictions when the Dior collections designed by Maria Grazia Chiuri were mainly presented through film. The materiality of fabric becomes form, while the subversive...

A series of photographs of one of Monsieur Dior’s Haute Couture lines, taken near the iconic Parthenon in 1951, was the inspiration for the Dior Cruise 2022 collection. In the heart of the city dedicated to Athena, Maria...