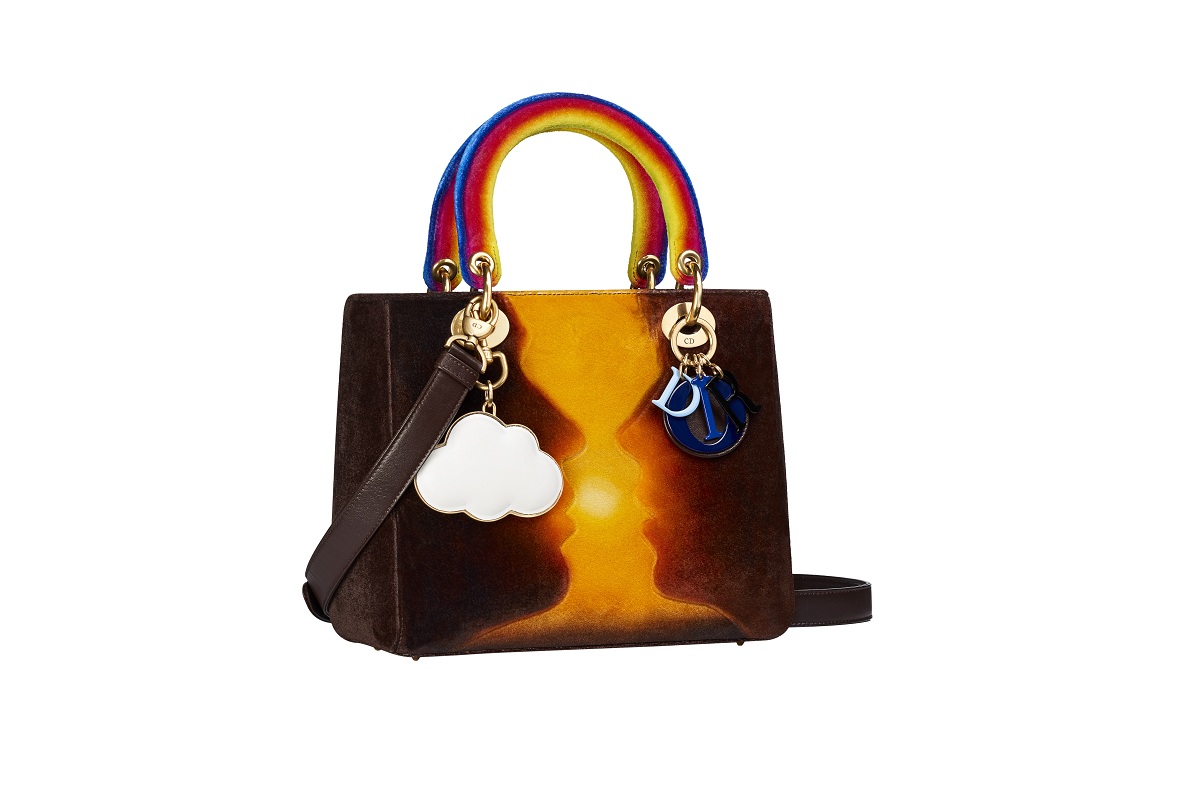 Last year, the House of Dior invited a number of British and American artists to deliver their vision of the emblematic Lady Dior bag in limited editions. Following its initial success, the project is back, with ten artists from around the world, of varying origins and ages, reinventing the handbag in this second edition of Dior Lady Art.

The German-born artist Friedrich Kunath has adopted Los Angeles as his new home, where he draws inspiration from song lyrics to show titles, German romanticism to conceptual art. By juxtaposing such seemingly disparate influences Kunath’s art creates oppositional relationships that invite raw emotional experiences. In perhaps his best-known work, he created a rainbow made of a thick impasto of oil paint that stretched in front of an eerie watercolor landscape. Kunath has translated this remarkable image to his re-imagining of the emblematic Lady Dior. A medium-sized bag, Kunath achieves a photographic effect with the image of a couple kissing, handles that look like rainbows, and the phrase “fuck it, i love you” stitched throughout the interior of the bag and written on the back of a bespoke Dior charm that resembles a cloud. Kunath has created a bag that evokes the charming insolence and cheekiness of the American 1970s.

Reclaiming the values of Haute Couture after this period of restrictions when the Dior collections designed by Maria Grazia Chiuri were mainly presented through film. The materiality of fabric becomes form, while the subversive...

A series of photographs of one of Monsieur Dior’s Haute Couture lines, taken near the iconic Parthenon in 1951, was the inspiration for the Dior Cruise 2022 collection. In the heart of the city dedicated to Athena, Maria...