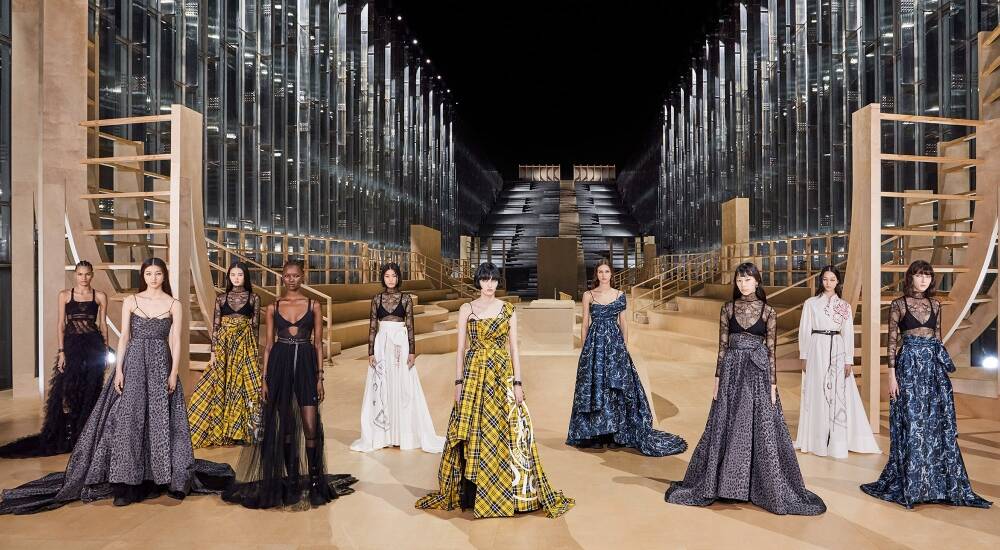 Dior hosted its first ever fashion show in South Korea, presenting the Maison’s Fall 2022 Women’s collection at Ewha Womans University in Seoul. The wardrobe created by Maria Grazia Chiuri, Artistic Director for Dior Women’s Collections, is a bold ode to femininity guided by a dialogue between the history of the Parisian fashion house and the ever-changing constellation of the contemporary world. 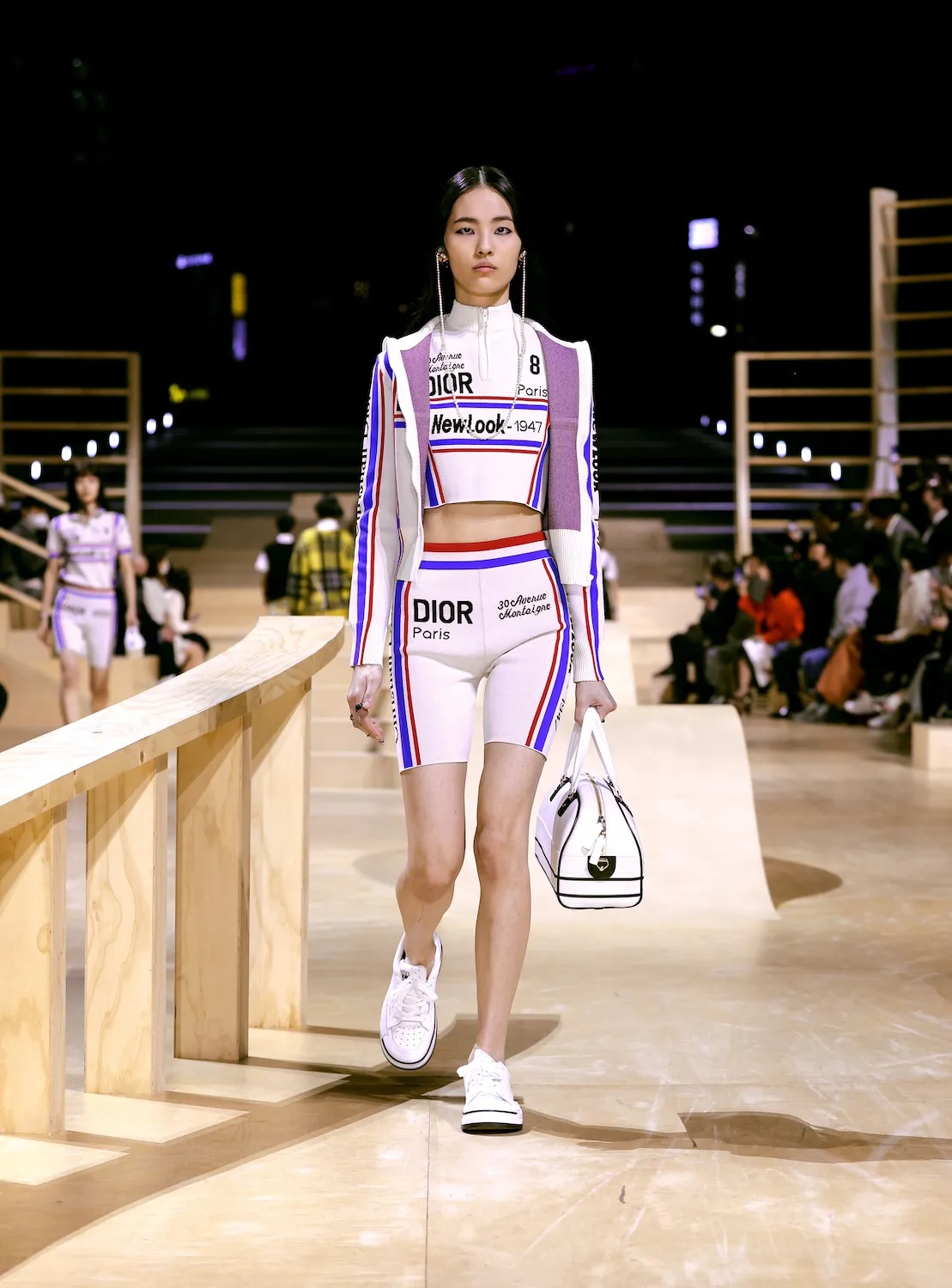 Justine Picardie’s book Miss Dior is an homage to the women who contributed to the success of founder Christian Dior. To honor this network of women who became a true creative force in the Dior universe, Maria Grazia Chiuri transformed an emblem found on the jute bags of the Dior family business into a heraldic motif that emblazons numerous pieces. The emblem affirms the motto of the House of Dior, symbolizing a new sisterhood: L’Union Fait la Force (Strength Through Unity). 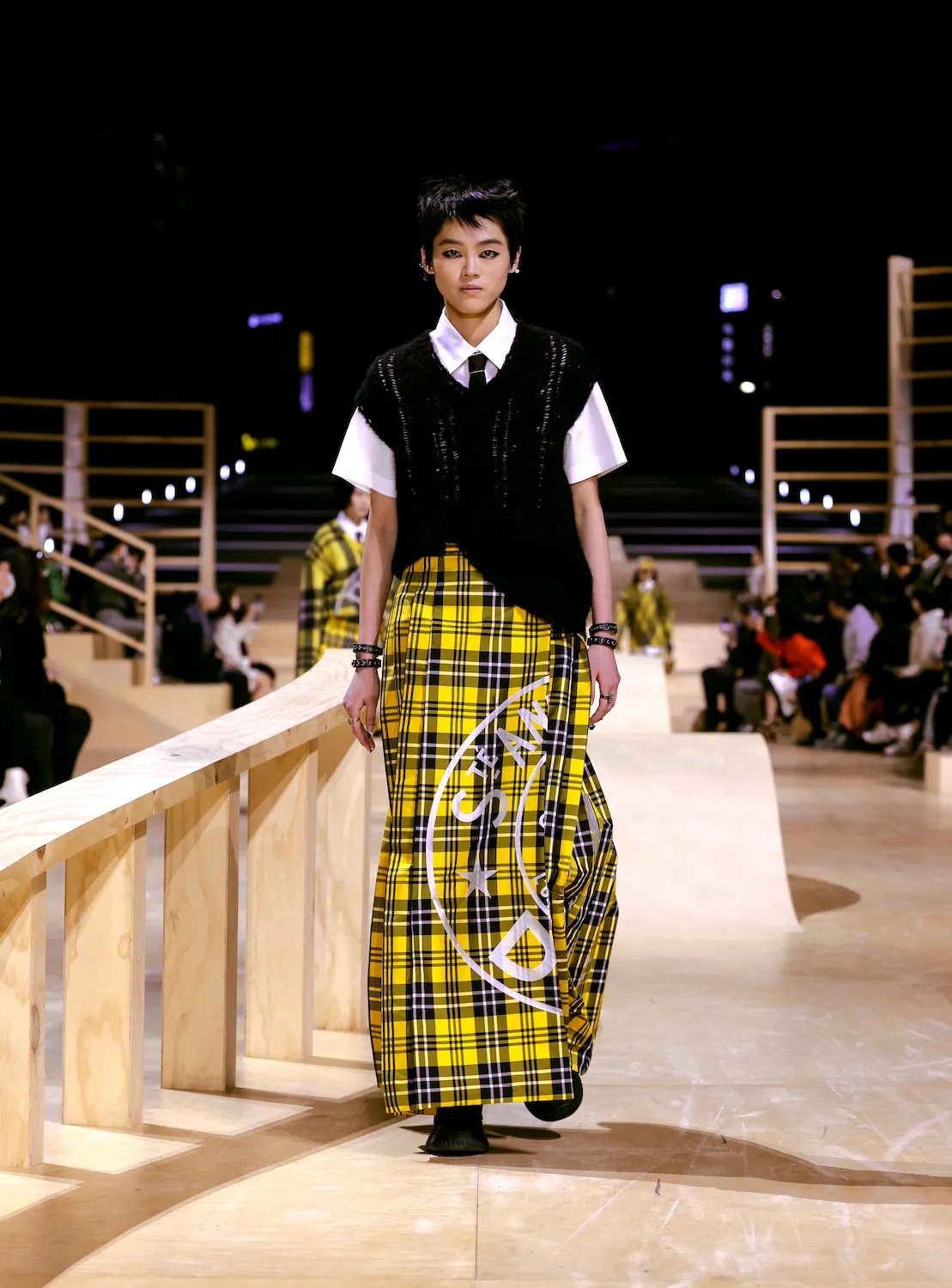 The show celebrates the iconic uniform designed by Christian Dior. Maria Grazia Chiuri offers a new interpretation inspired by the audacity of students who dust off the tropes of garments, personalizing them with distinctive details. The silhouettes parade along an elegant skate park wearing pieces with punk overtones and school uniforms become self-affirming, expressing a quest for freedom in an urban landscape. 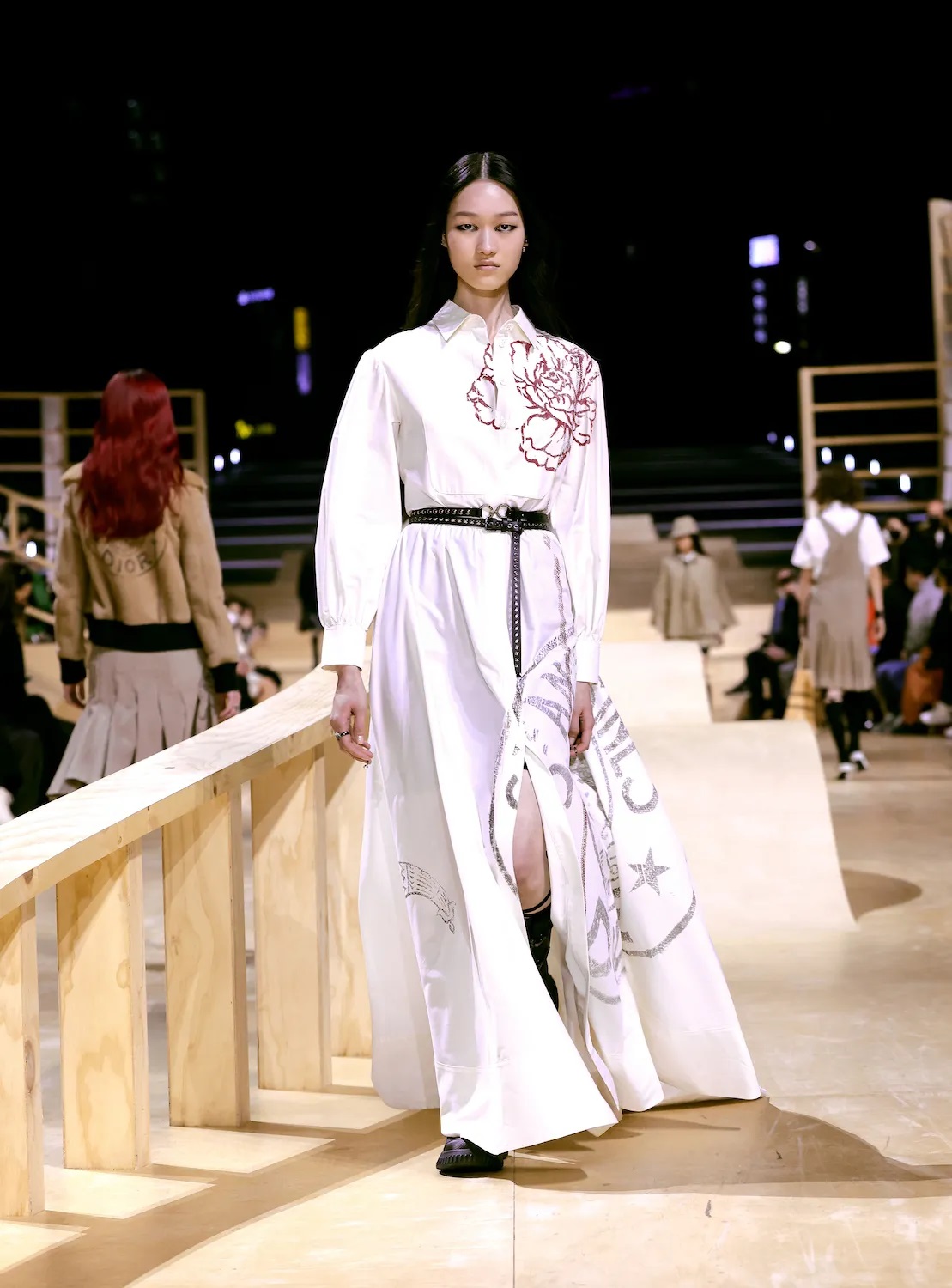 The collection is composed of pleated skirts, black and white kilts and jackets that borrow from the men’s wardrobe. 3D embroidery is revealed in knitwear and biker shorts matched with white blouses and black ties. Evening gowns designed specially for the show echo the volumes of the founding couturier’s emblematic silhouettes, reinvented with asymmetrical cuts. The looks evoke involvement, communion and sharing, key values that unite the female figures being celebrated along with the petites mains of the Atelier whose skilled fingers have woven Dior’s history. 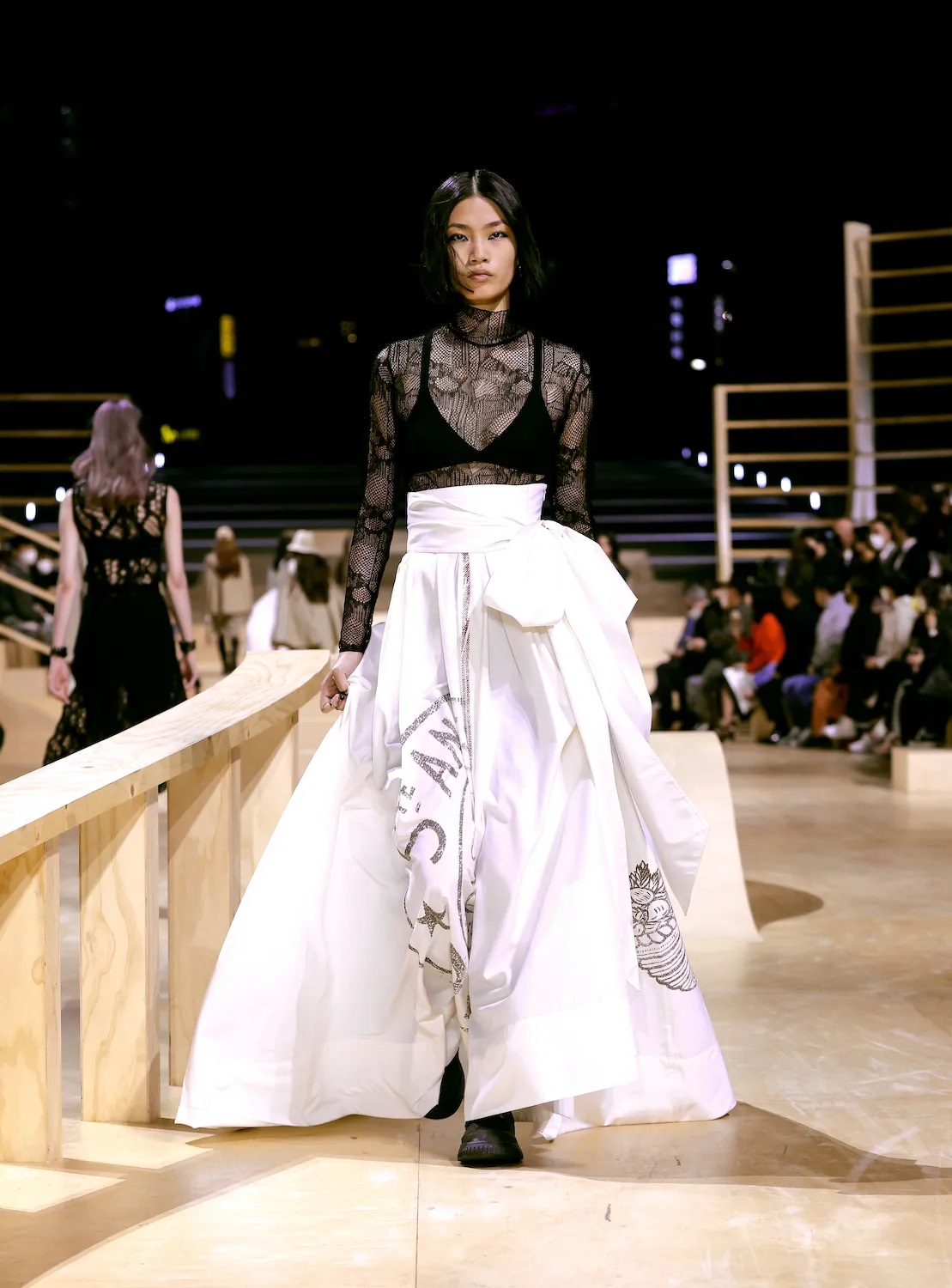 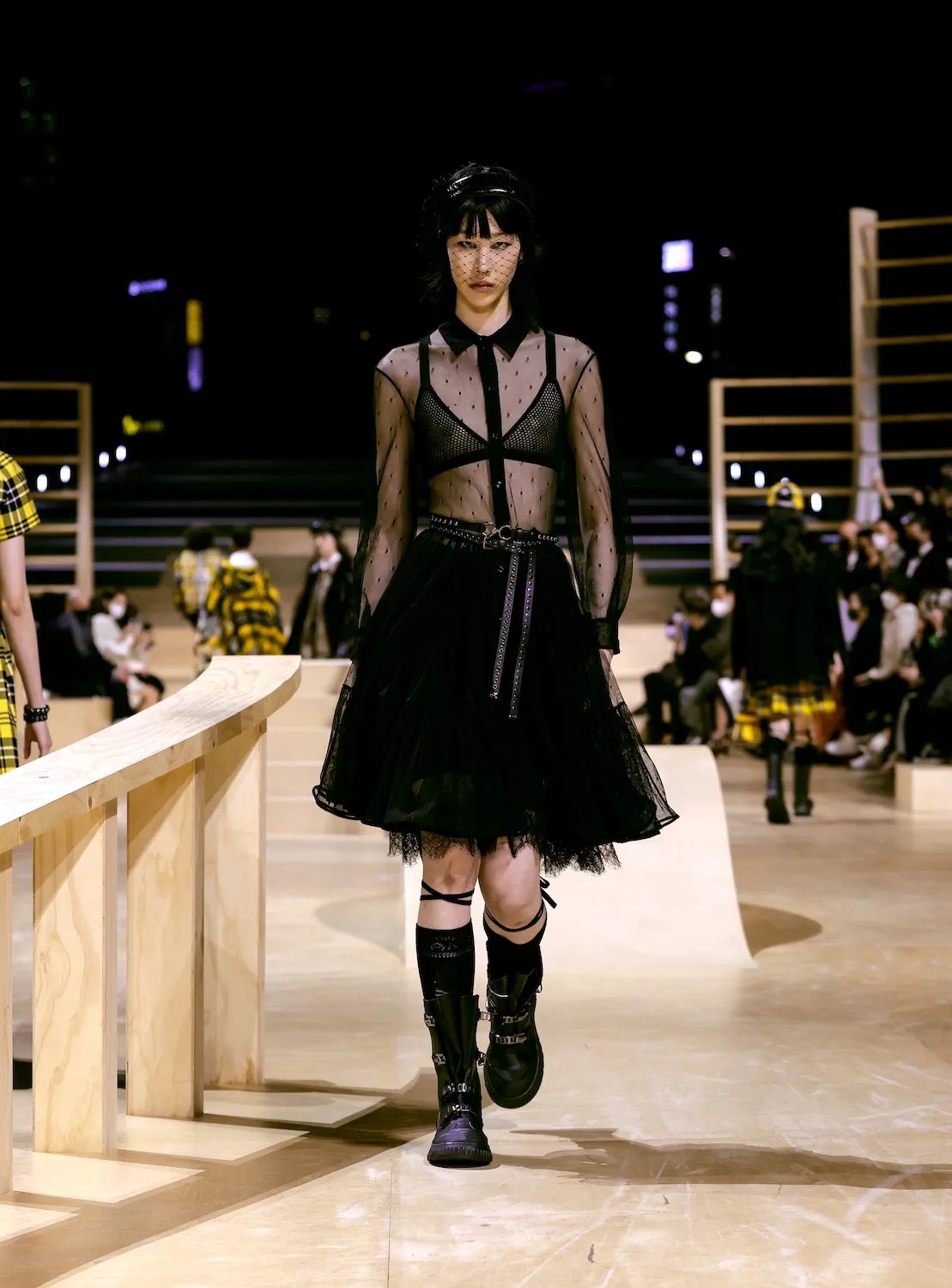 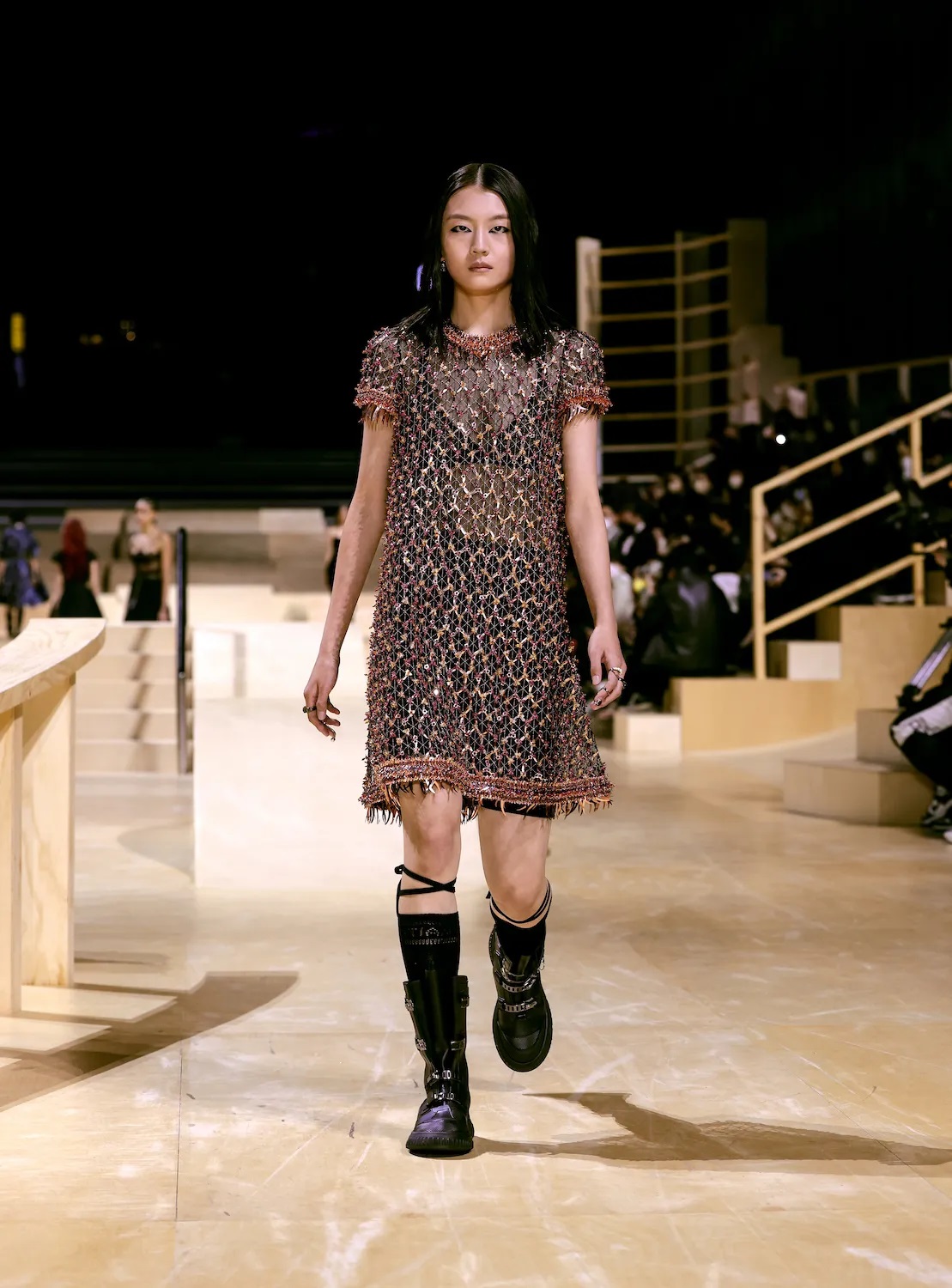 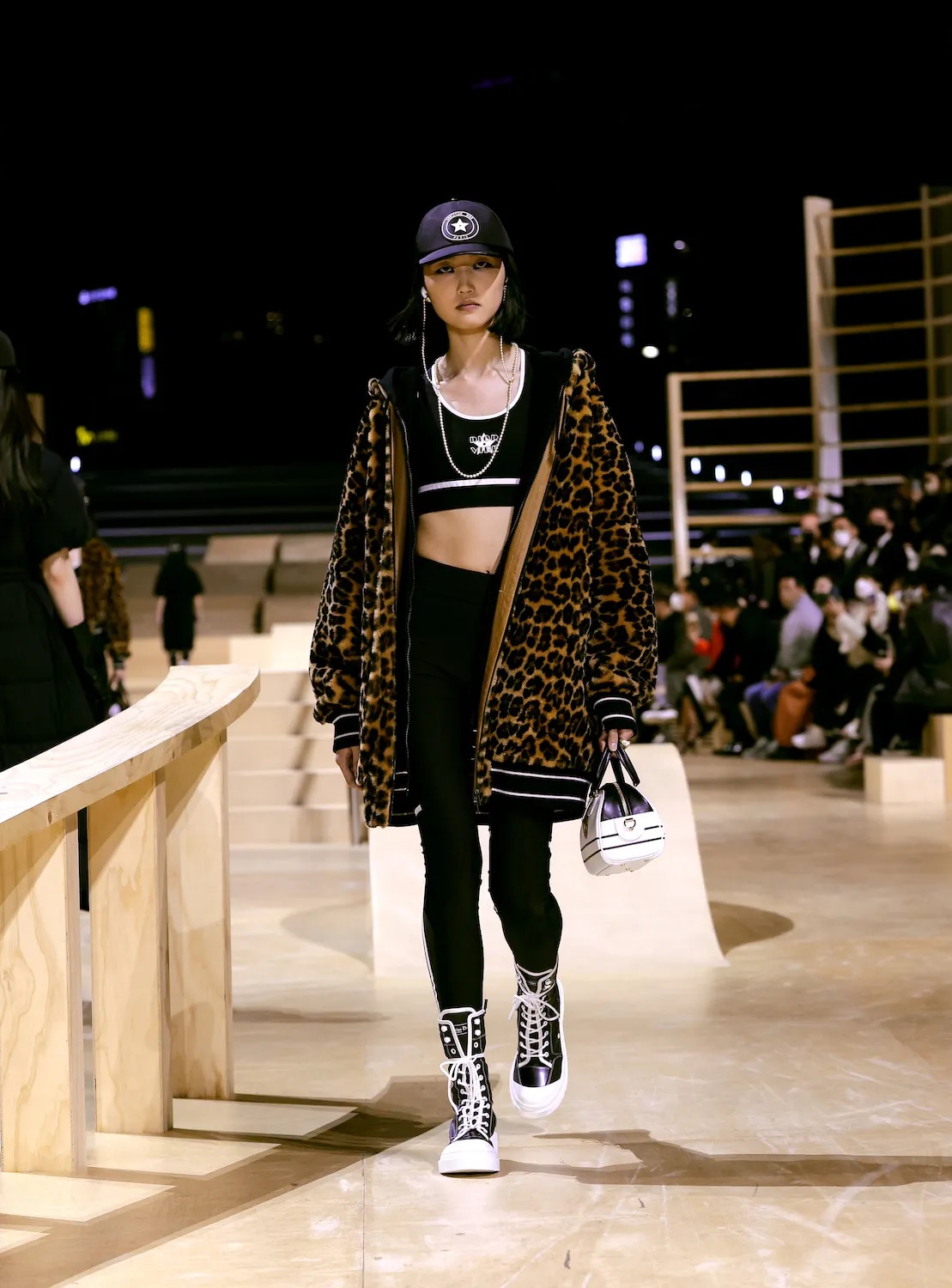 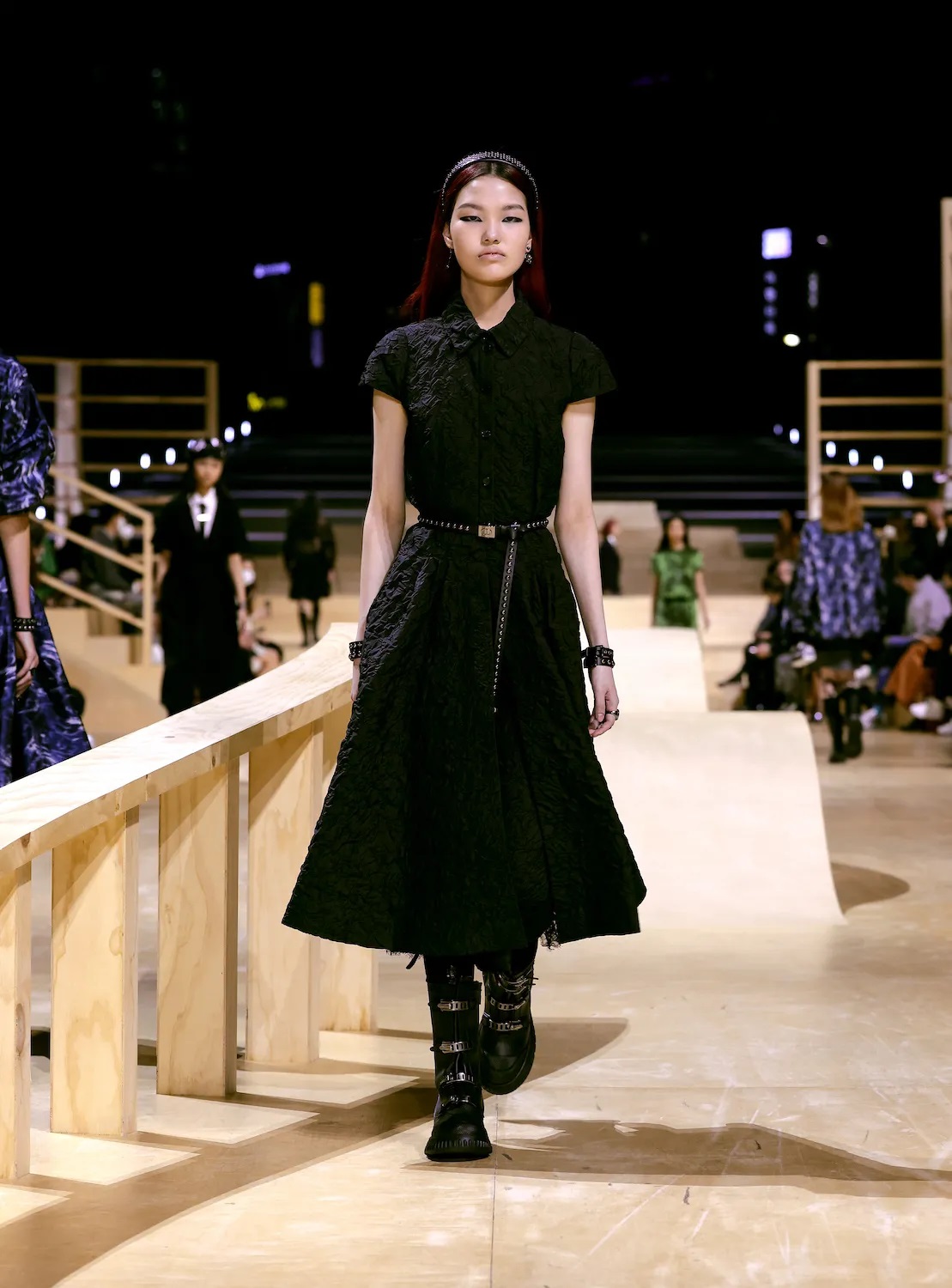 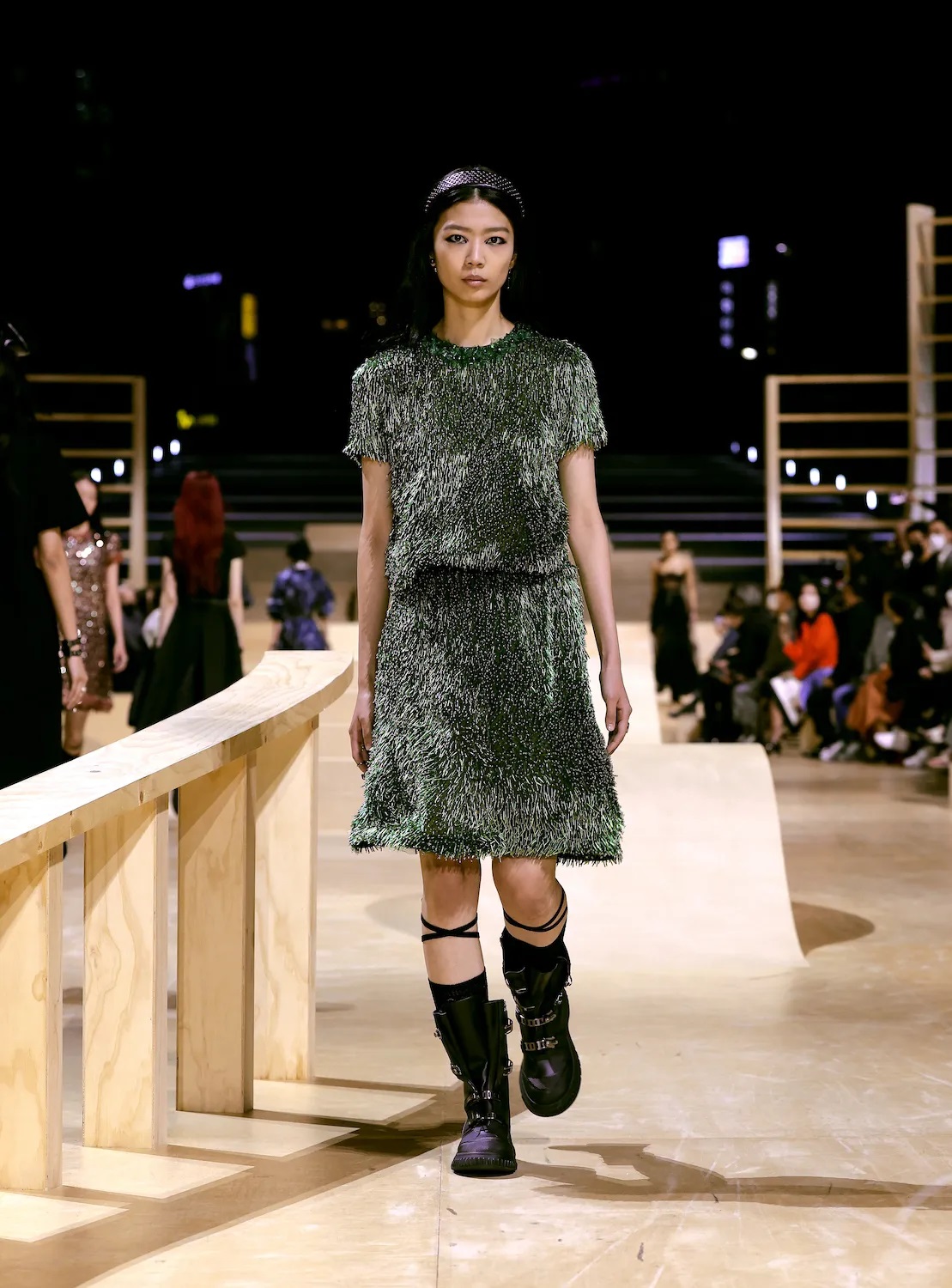 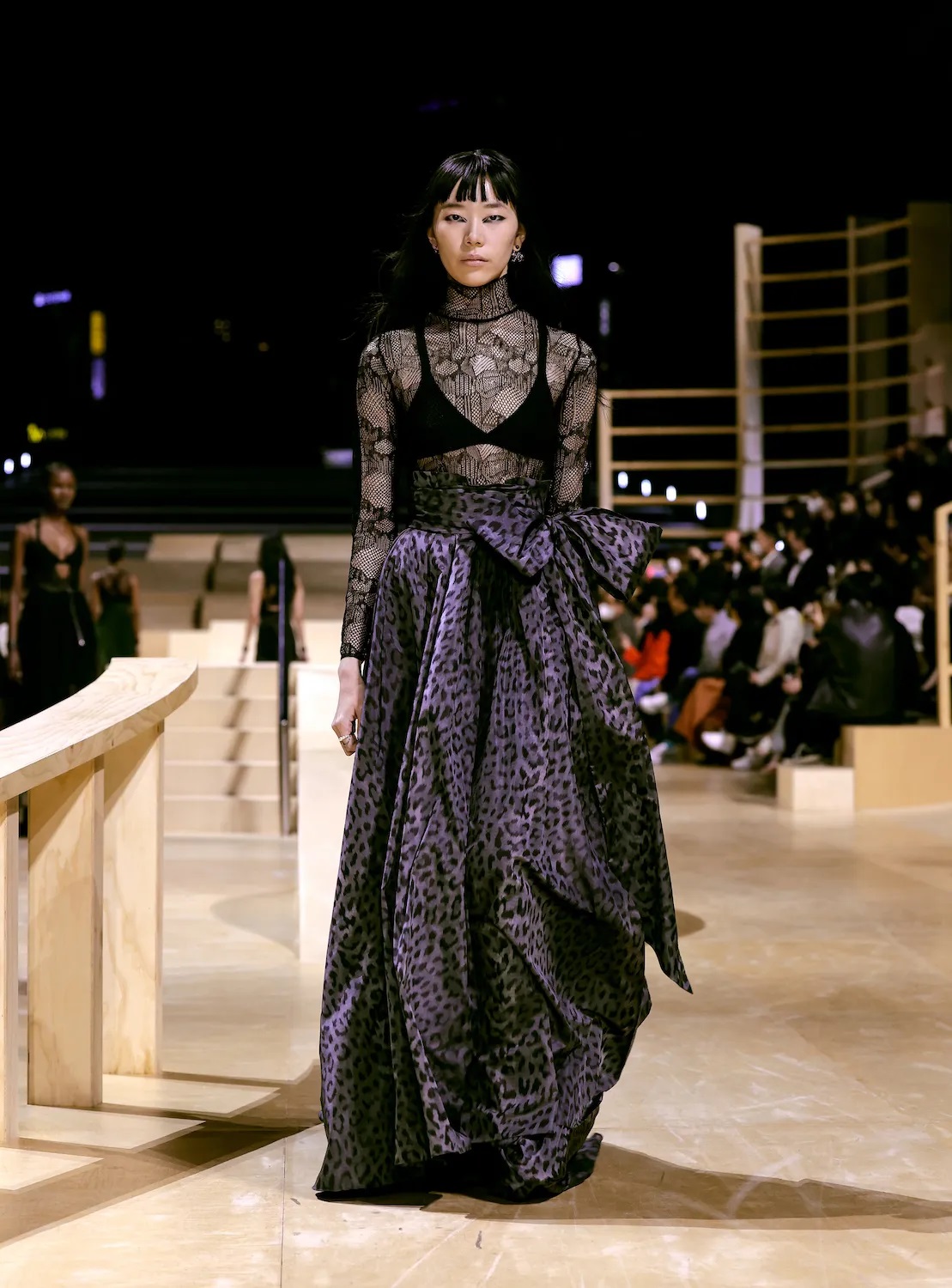