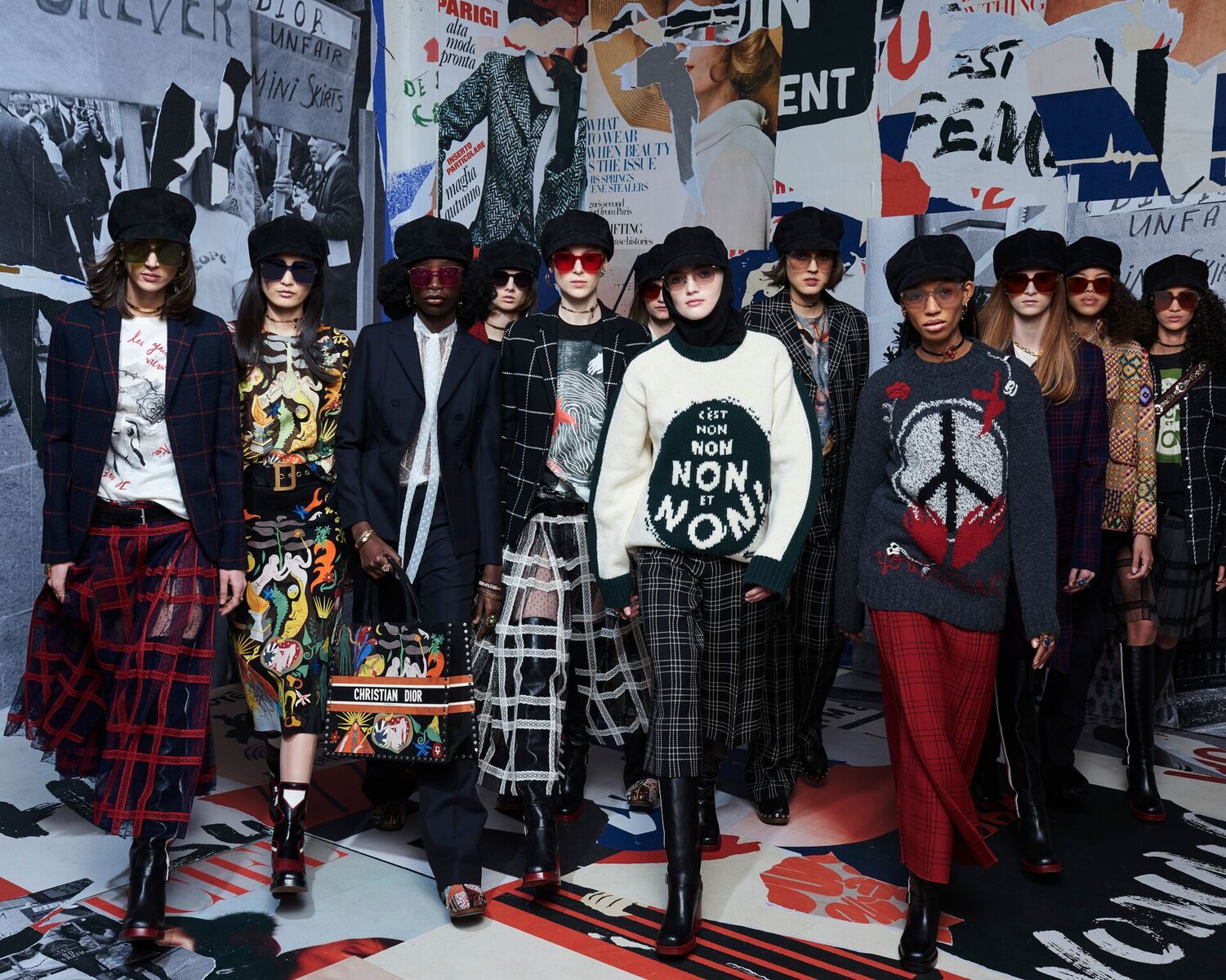 Anniversaries can be triggers for exceptional memories. Remembering is also about reinventing and imagining. Fifty years after the momentum of urgency and creativity that the year 1968 brought, this is an opportunity for Maria Grazia Chiuri to revive an era when the rules of fashion were turned on their head. Indeed, thanks to this emulation which stimulated the emergence of new ideas, creativity for creativity’s sake, the cut-up technique and travel as a means of discovering others but also oneself, youth occupies a place at the center of the scene. 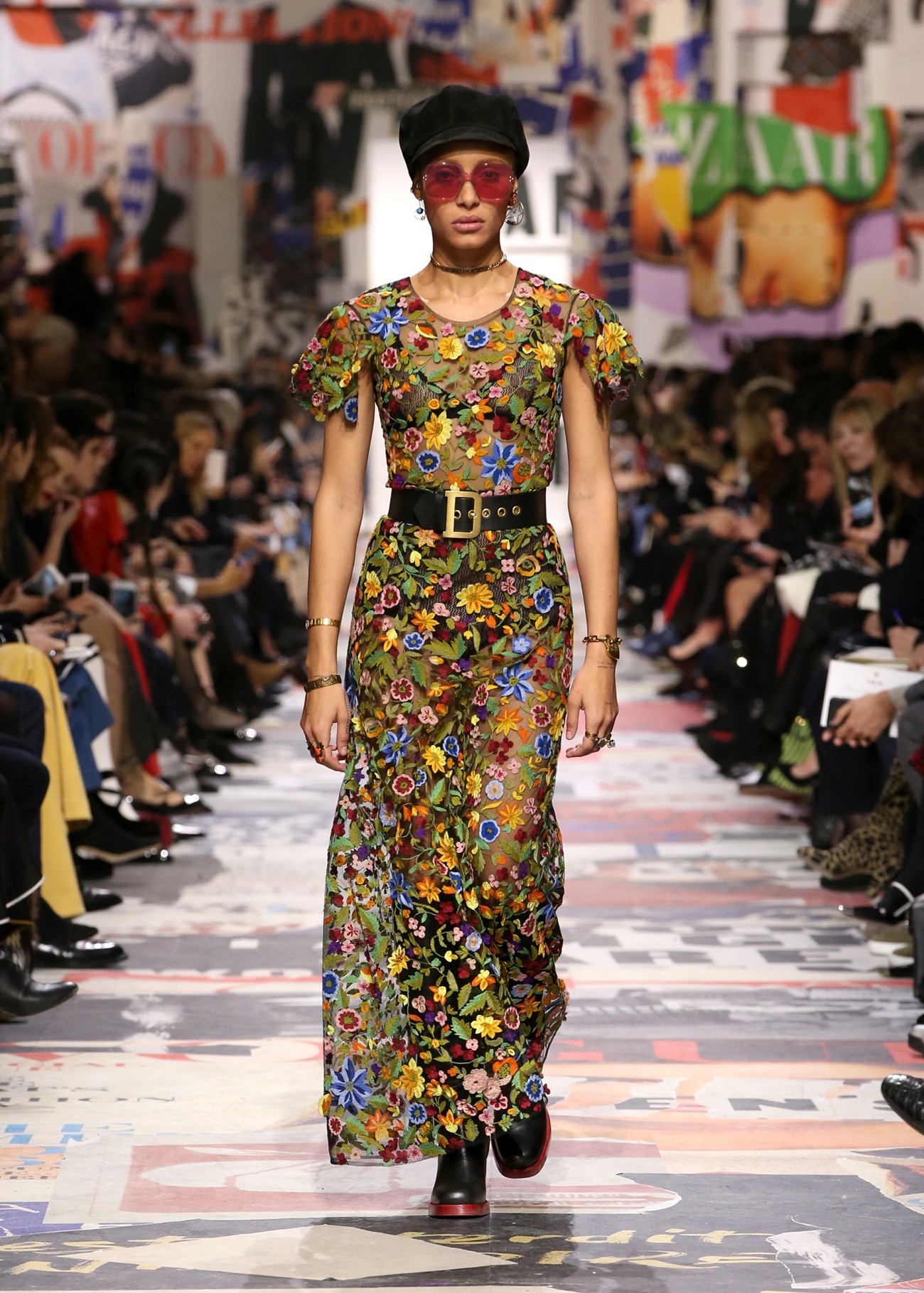 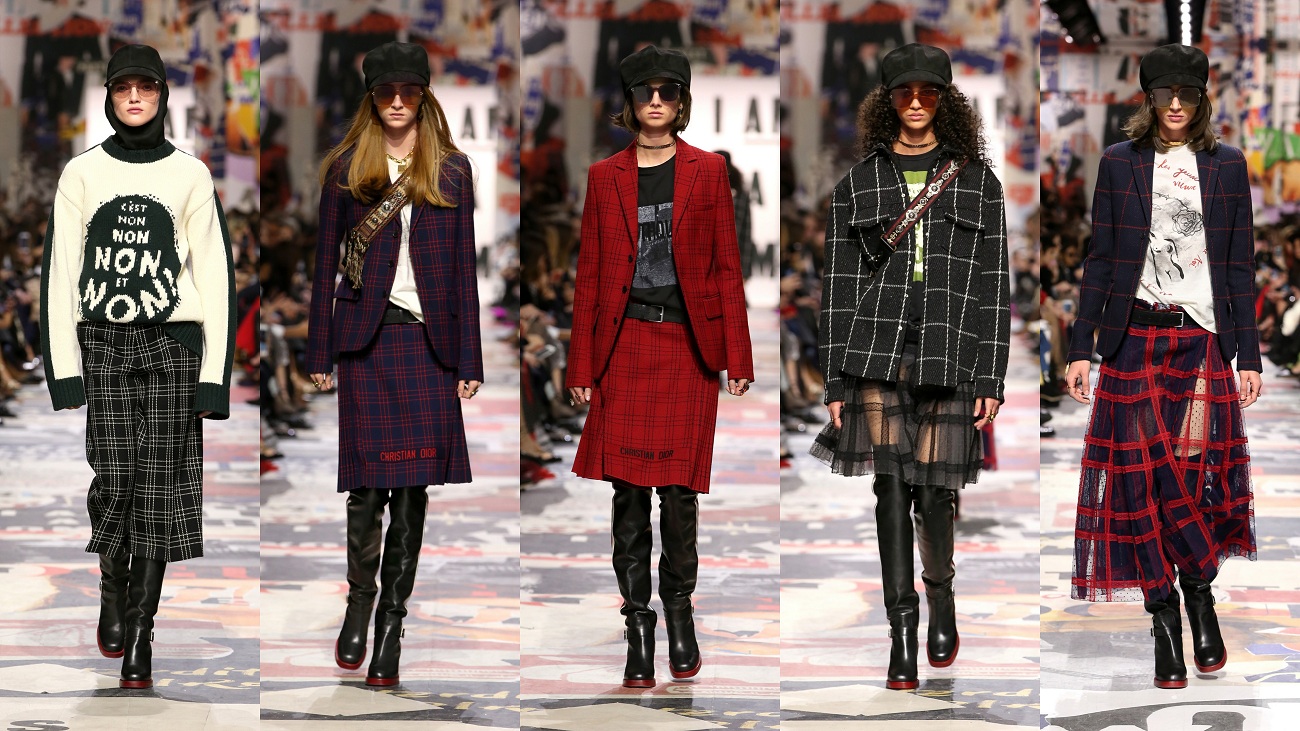 For this Fall-Winter 2018-2019 Ready-to-Wear collection, the Artistic Director of Dior was guided by these symbols and attitudes representing a search for authenticity. Magnificent woollen embroideries appear on organza dresses, jeans are reworked and printed, bags are inspired by the House’s archives, with an ethnic shoulder strap or patchworks made of fabrics drawn from the same heritage: these pieces become veritable windows on the world. Ponchos are worn freely. Ornamentation becomes important, acting as ambassadors of the different cultures each type represents. The collection evolves in a spirit of freedom as much in its creation as in its associations, shapes and materials. 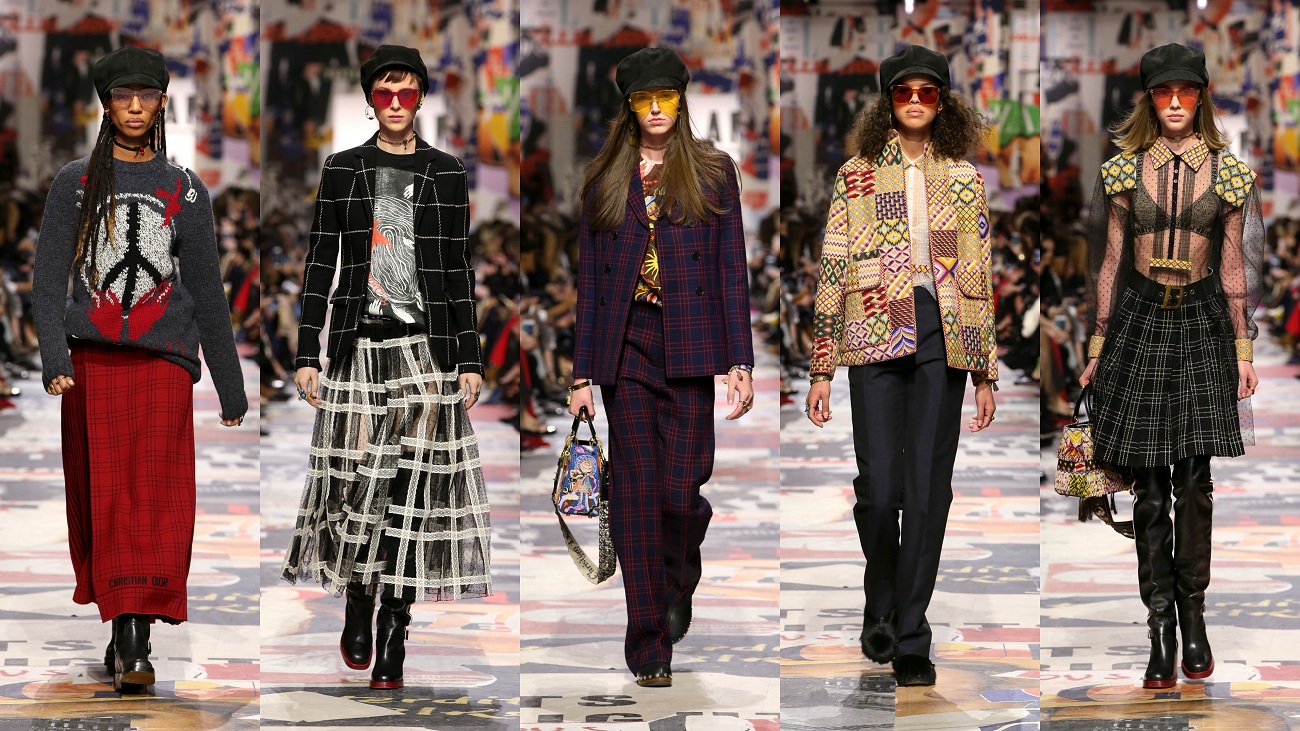 This act of cutting loose and choosing one’s own image is precisely what Maria Grazia Chiuri sets out for the women of today. Kilts come in different lengths, but also in unexpected materials like point d’esprit, and are paired with masculine jackets or small coats. The abundant knitwear is also embroidered and hugs the body. Dresses have been shortened and are worn over biker-inspired thigh boots. Her sharp fashion instinct guides the designer throughout this return to a singular and incredible time, because changing the world also means changing clothes. 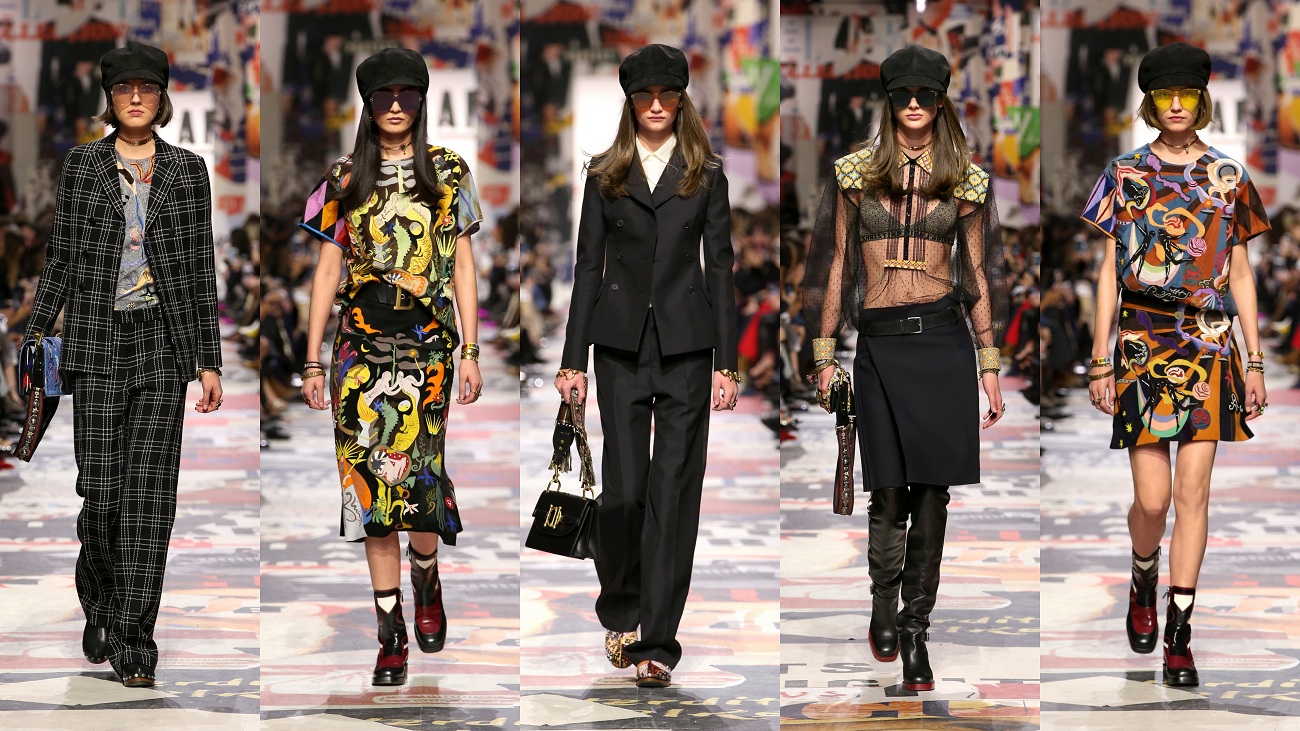 It was Diana Vreeland, the charismatic editor-in-chief of Vogue US from 1963 to 1971, who coined the term Youthquake and defined the Youthquakers. The times were changing, as were the bodies, faces, attitudes and personalities of those who initiated this sartorial revolution – an earthquake that forever changed the way we dress. Fashion was being questioned, but constantly reinventing itself to tell a new story that could say everything and its opposite. Moreover, when a group of young women in miniskirts held a protest on 12 September 1966 in front of the Dior boutique with placards bearing the maxim ‘Mini Skirts Forever’, as shown in a photo from the time, Marc Bohan, then Artistic Director of Dior, came up with the Miss Dior collection and reinterpreted the idea of femininity as shaped by Christian Dior. In this collection, Maria Grazia Chiuri, on the other hand, openly counterbalances the return of the uniform, to bring us back to what it signifies: the individual taking precedence over gender differences, and the equality of rights and roles which remains the great conquest of that time. 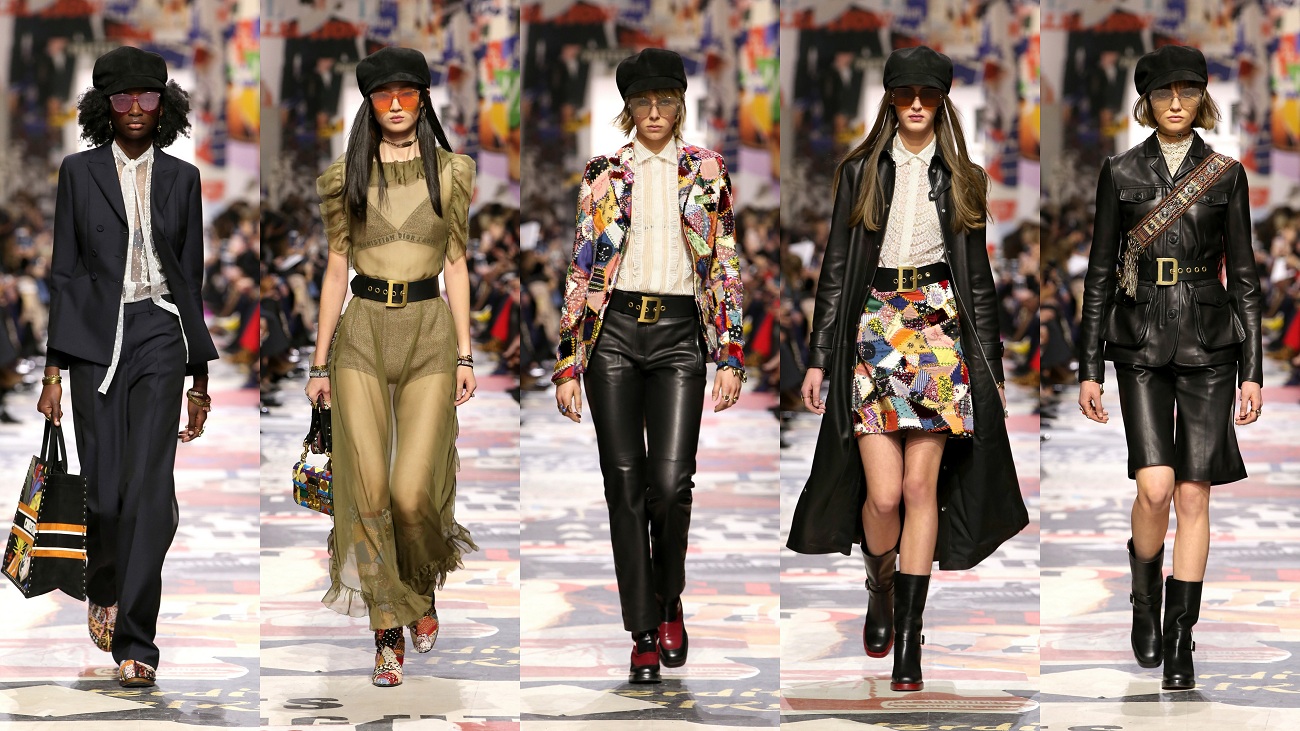 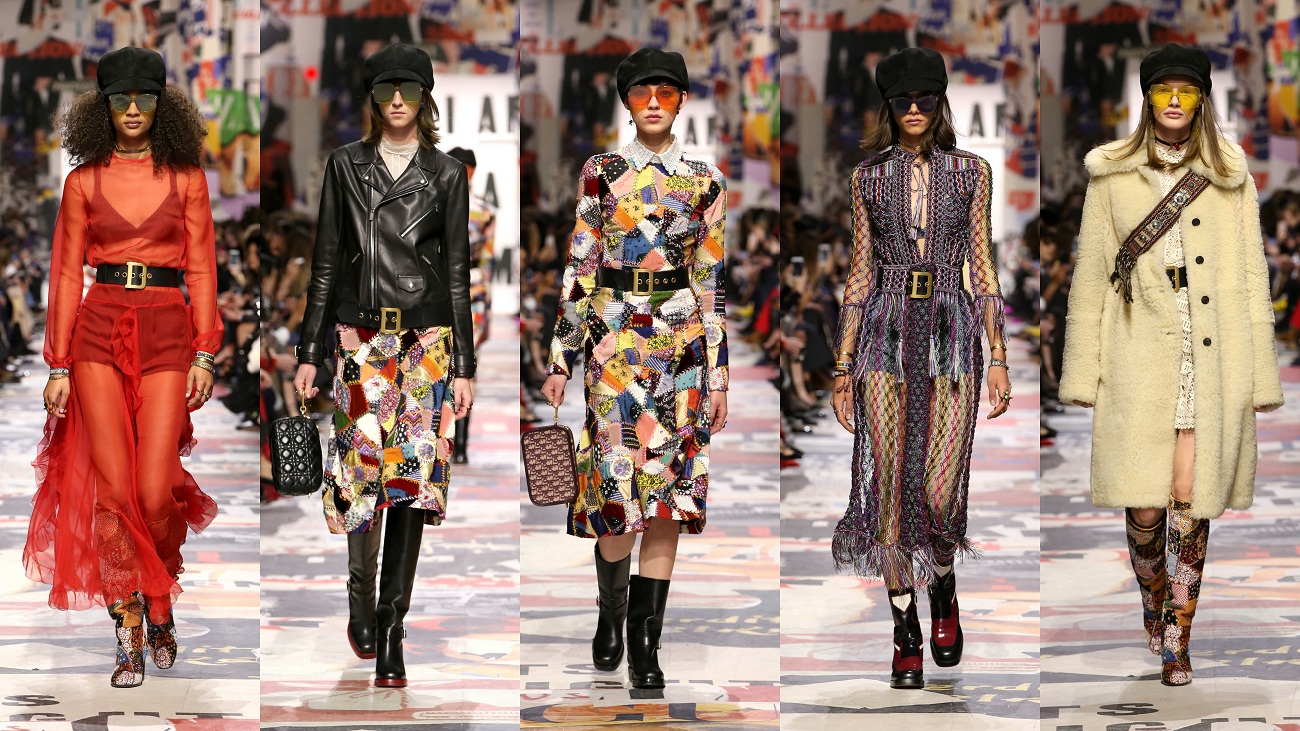 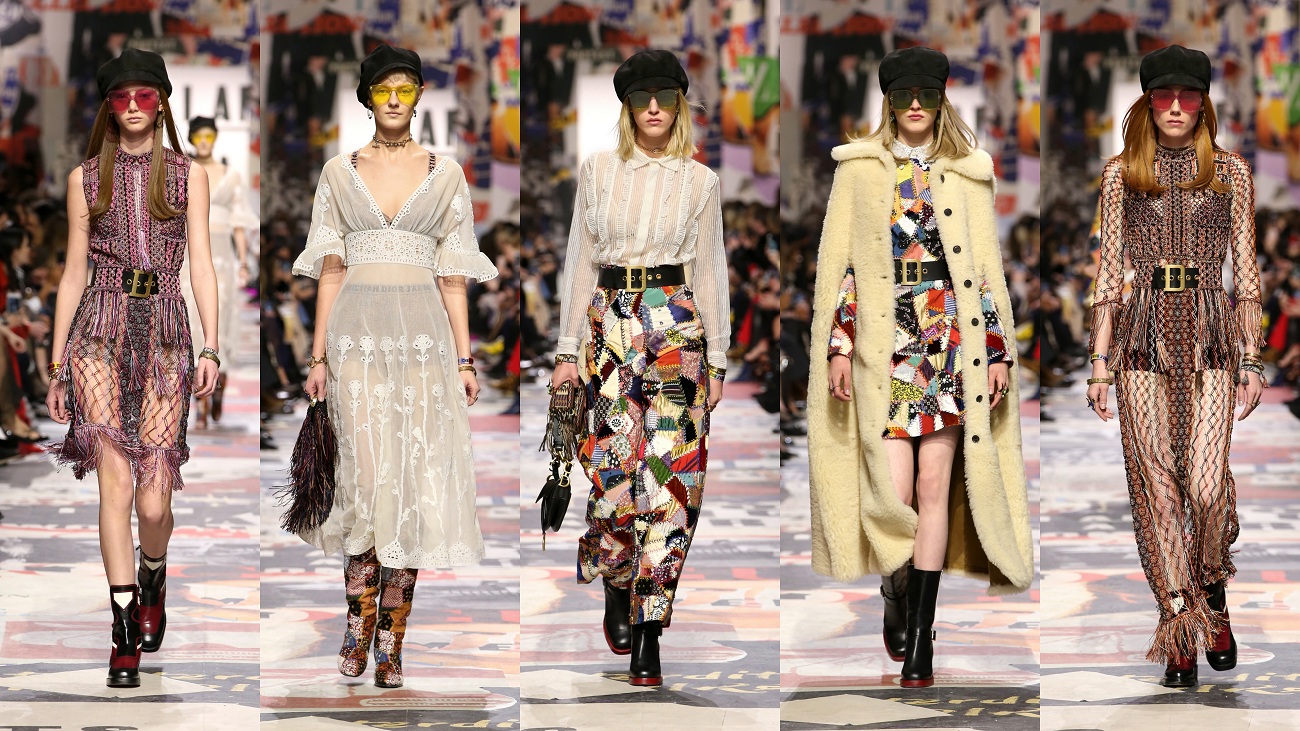 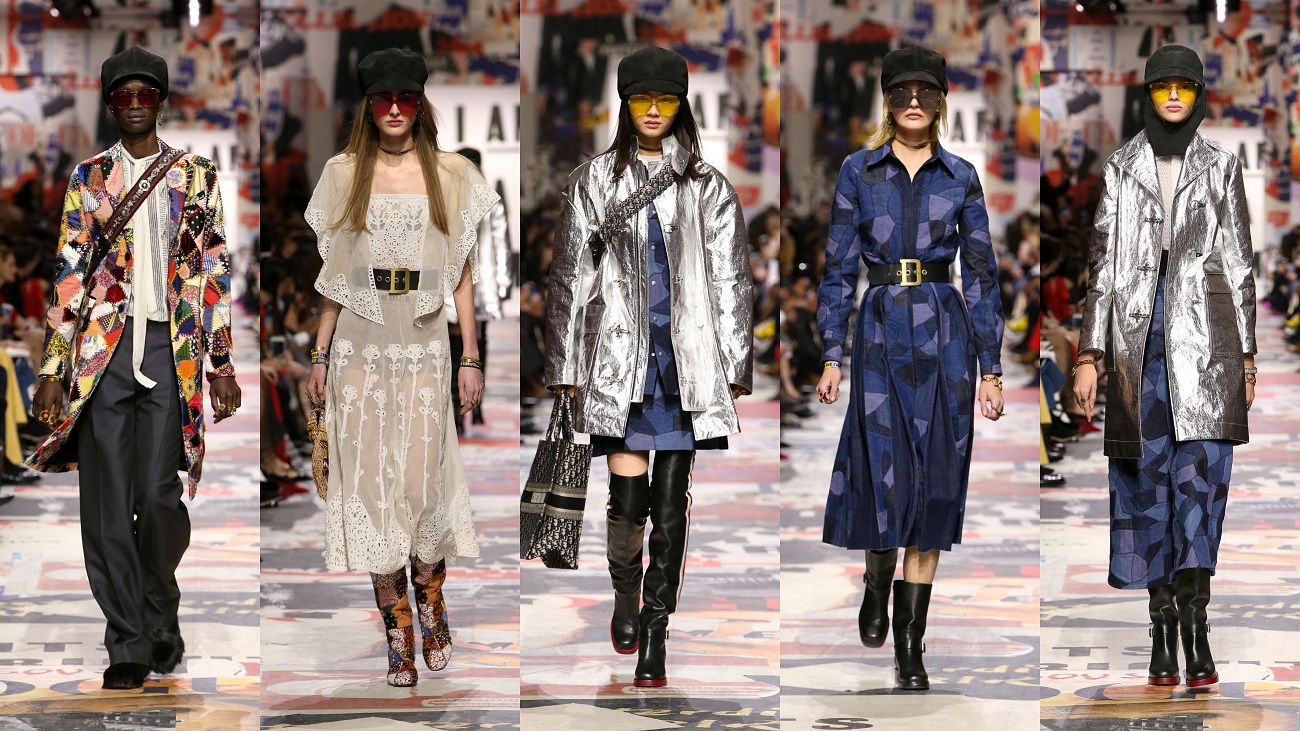 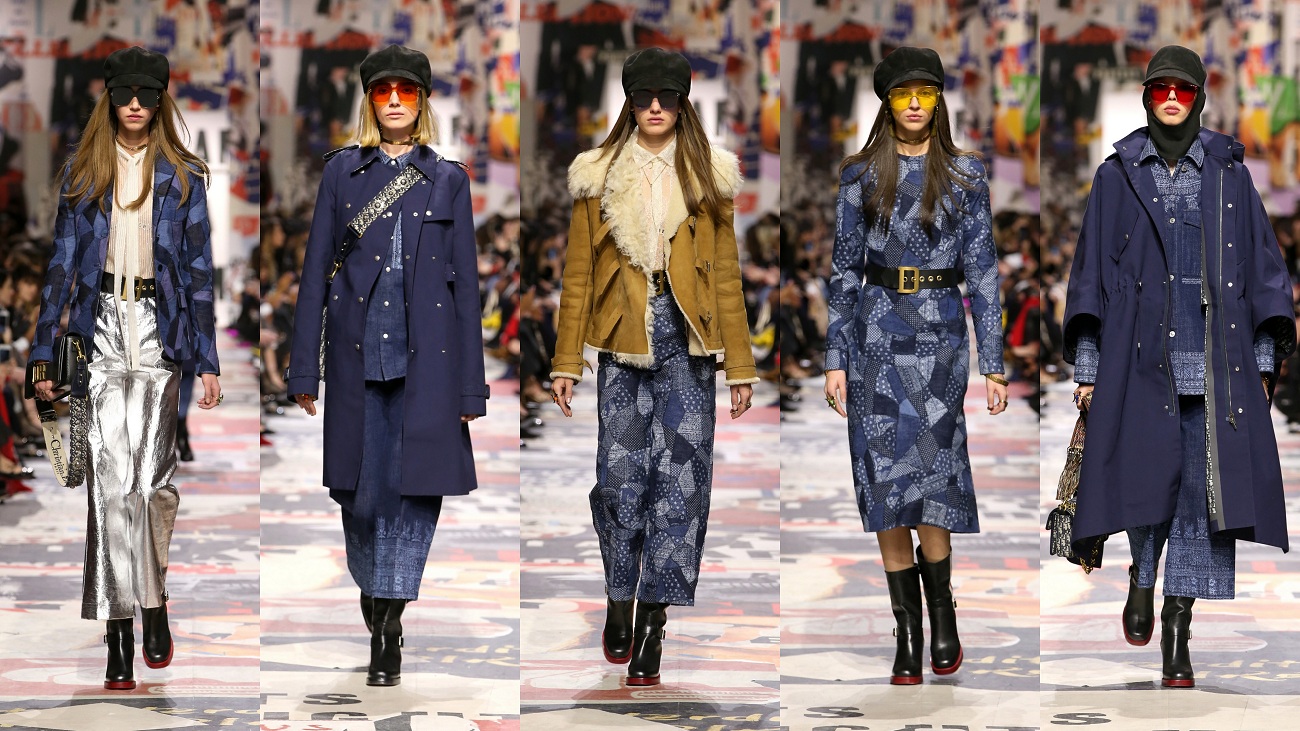 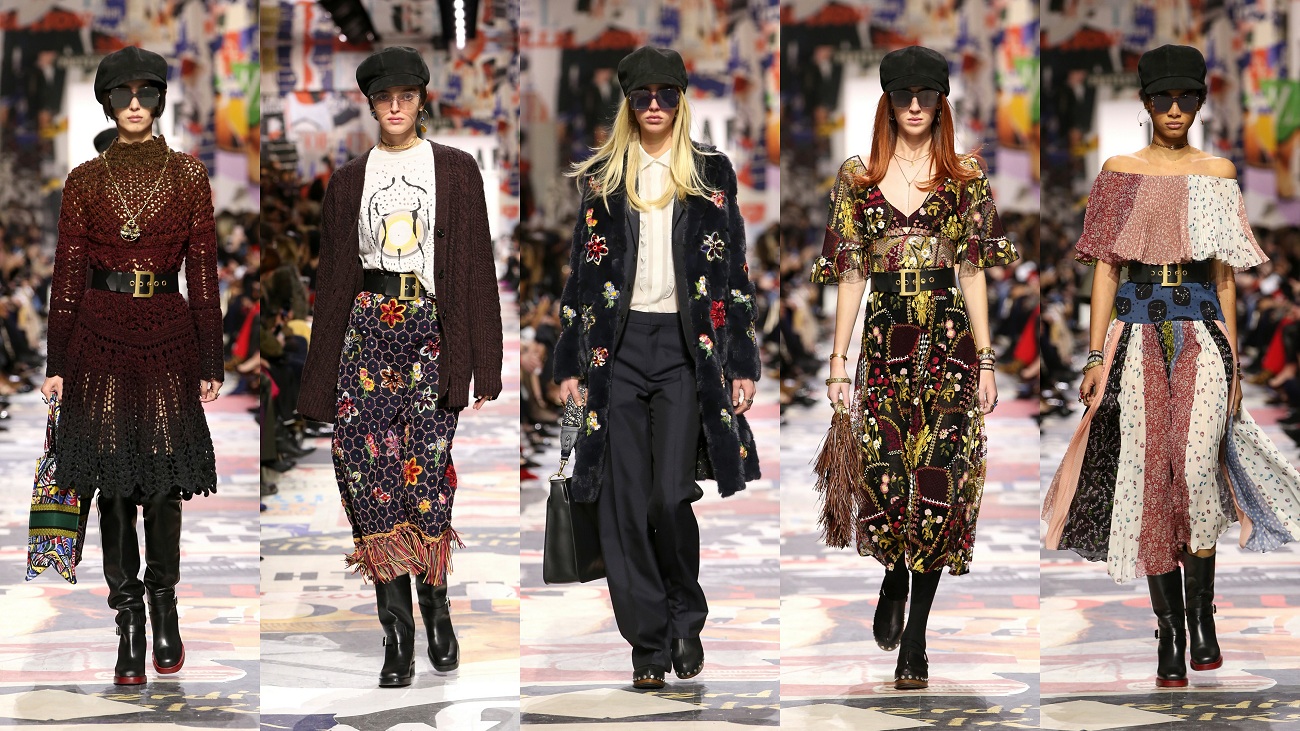 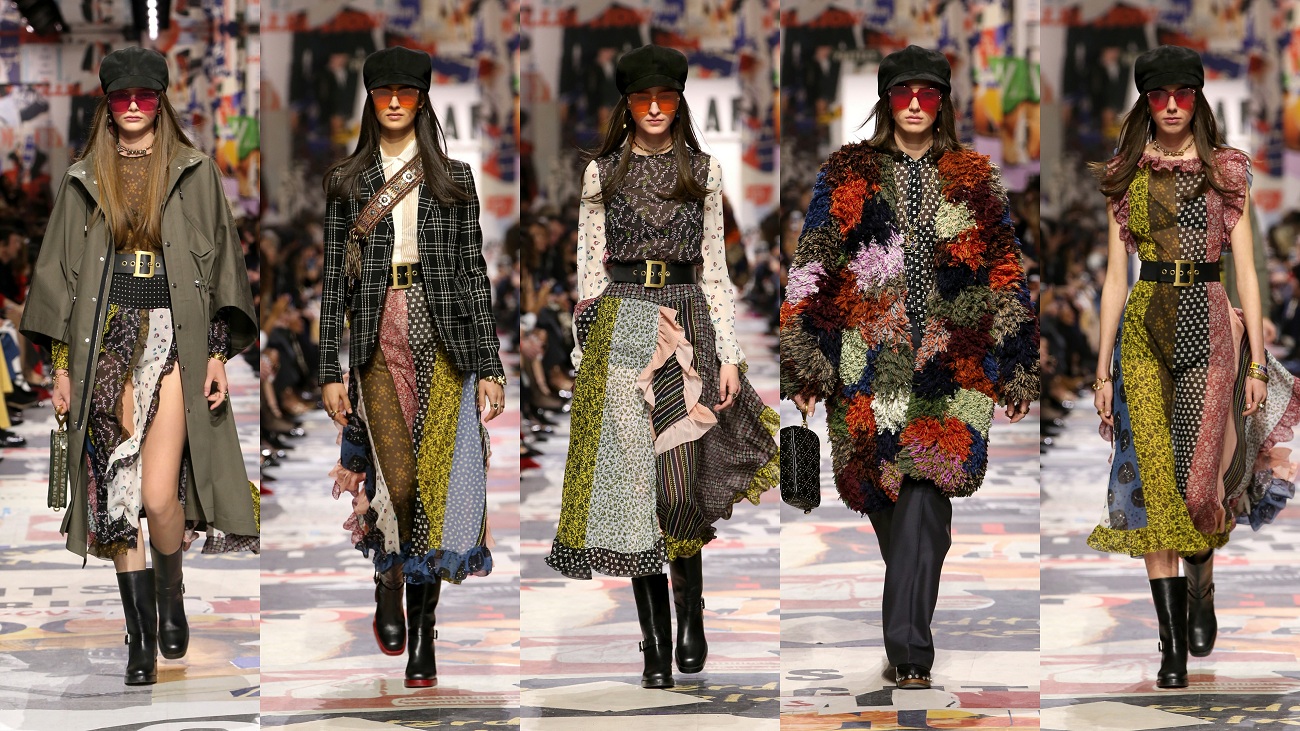 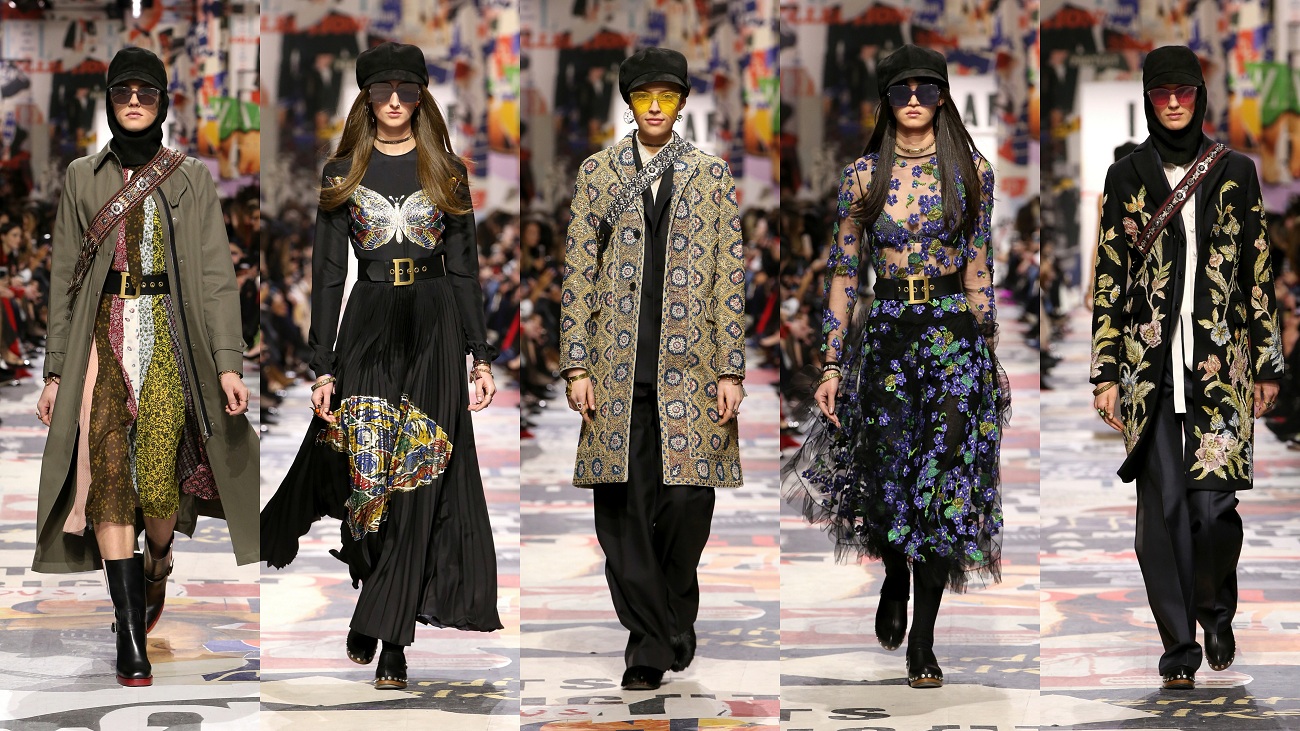 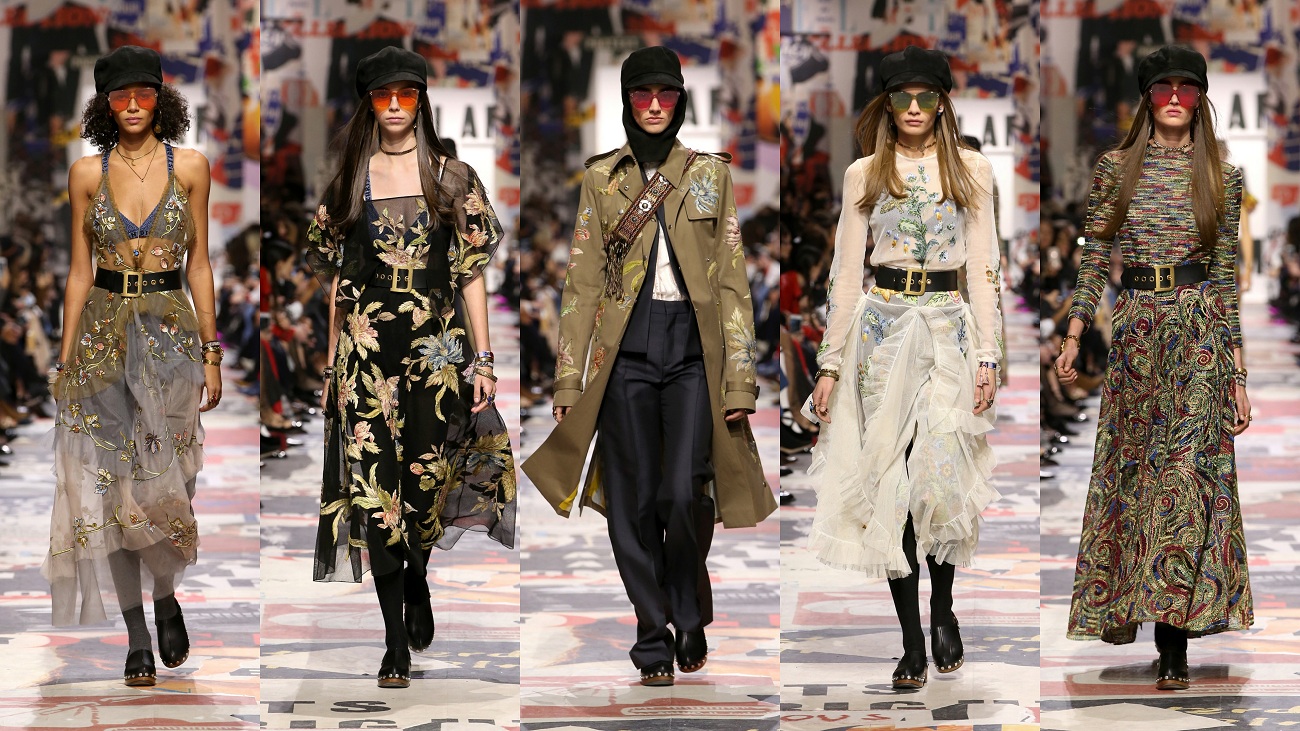