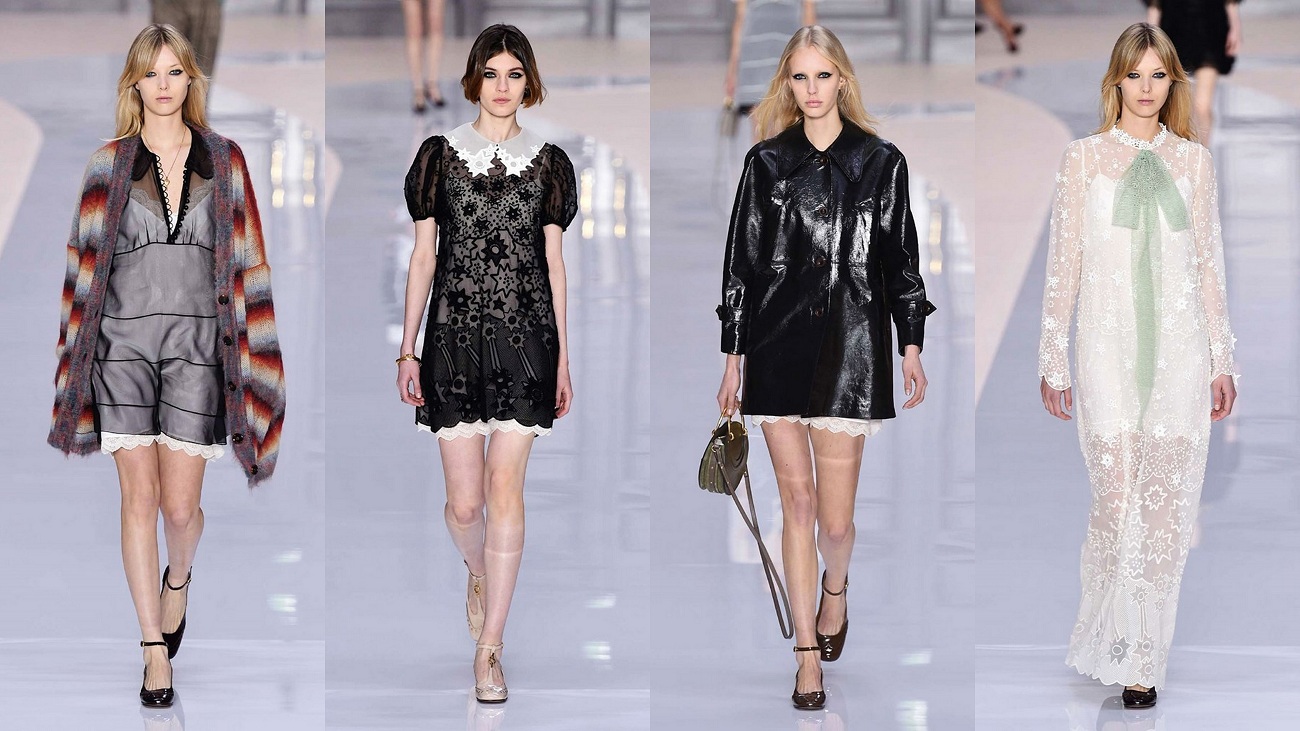 Clare Waight Keller took the Chloé girl into a next level of fairy tale Alice in Wonderland dimension while saying goodbye to the French house after six years spent there. Although her departure was previously announced in January, she didn’t allow herself to be overly emotional, nor it reflected the collection. “I think I’ll be a lot more emotional this evening at the party – right now I’m in show mode,” the British designer said cheerfully while glazing into the backstage right before the show. But the message was sent anyway trough “Don’t You Want Me” closing show song, sang by The Human League after the models made their final round on the catwalk and Waight Keller stepped out to a standing ovation with her last bow while having hands in the air. 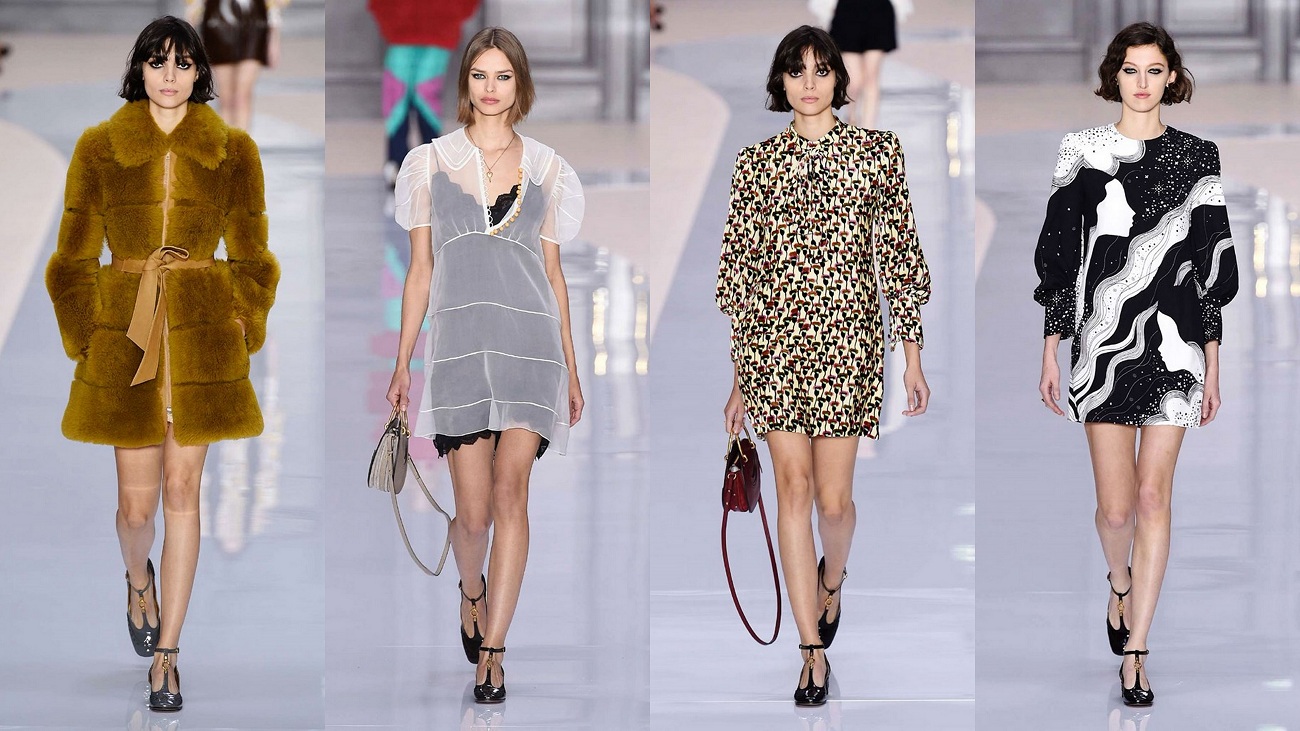 Clare Waight Keller‘s vision of Chloé was following path of her previous colleagues leaning on tailoring and carefree, bohemian feeling. “It was a punctuation mark at the end of what I’ve done here,” the designer explained right before the show. “I didn’t want it to be a retrospective, I wanted to put a new point of view across. So I’ve touched on things I’ve loved over the years but at the same time I wanted to bring in something strong to end.” And then, just like Alice jumping into the rabbit hole, she took us all the way through Sixties, Seventies and Eighties. 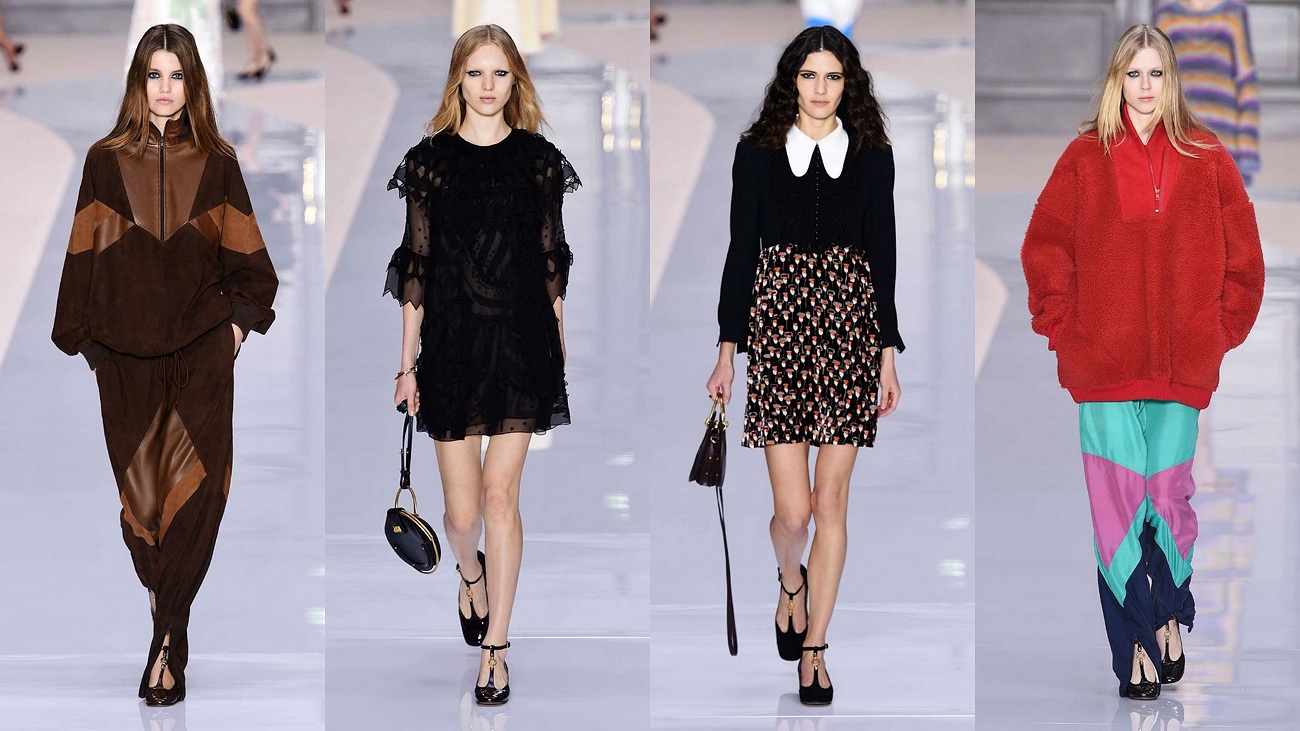 Waight Keller’s farewell Chloé girl for 2017 Winter/Fall vision was presented trough four major themes (dis)regarding the decades. First theme was color and print experimentation. The designer was experimenting with colors a bit more, which is visible in all color blocking patterns like flowers, tiny mushrooms and caterpillars mixing with Opium poppies and paisleys, rainbow tracksuits, vigorous and also pastel shades, which sent a strong optimistic message as promised. Second theme was proportions. The designer seemed to enjoy playing with proportions more than ever. If we only take a look at those cozy sweaters while imagining going to work in such a casual but strong manner. The third theme was layers. Keller kind of got us used to it, but this time she included some very chic urban pieces in PVC, as well. The fourth theme were actually Keller’s iconic accessory items, and it would be strikingly unfair if the much-admired designer missed a chance to charm us with some of the most expected seasonal must-have goodies. Regarding the shoes, the designer opted for fabulous patent Mary Jane shoes and neatly designed handbags, which will surely be sold out in a blink of an eye, as they always do. 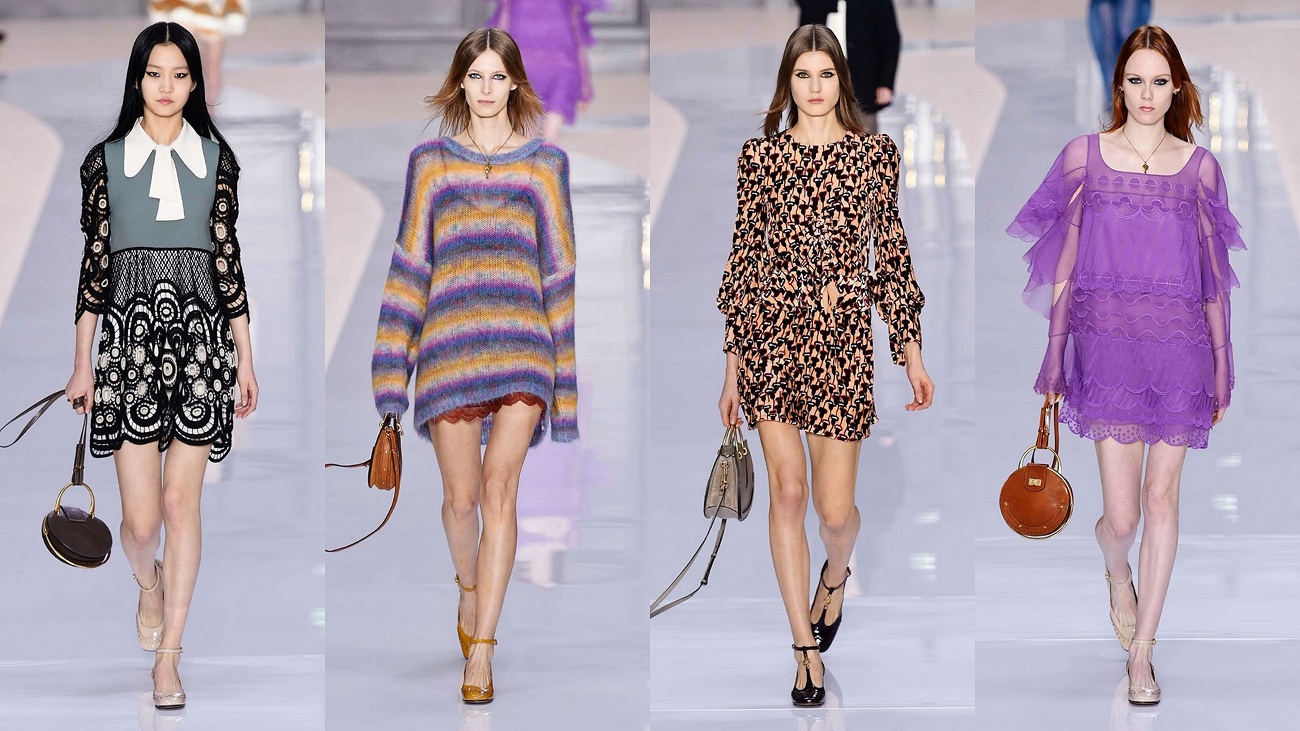 “I wanted that feeling of escapism – in a way with the Yellow Submarine, a cartoon that morphs from one world into another – finding different dreamscapes and wonderlands,” the designer said. “Some are hard and some are beautiful and I thought that felt really interesting.” Cuts, tailoring, textures and pieces were varying from Marianne Faithful-inspired babydoll style dresses and pieces, as the collection was a bit an homage to her, as an eternal designer’s inspiration, along with Jane Birkin. To the high rock ’n’ roll glamour, lacy little flower-power dresses, structured capes and belted fur coats with a slide touch of moods running through the entire collection. Embroidered handmade tops were paired with mini dresses sixties length in organza and chiffon. Lace borders were glancing under the jackets or were covered by blouson shapes. 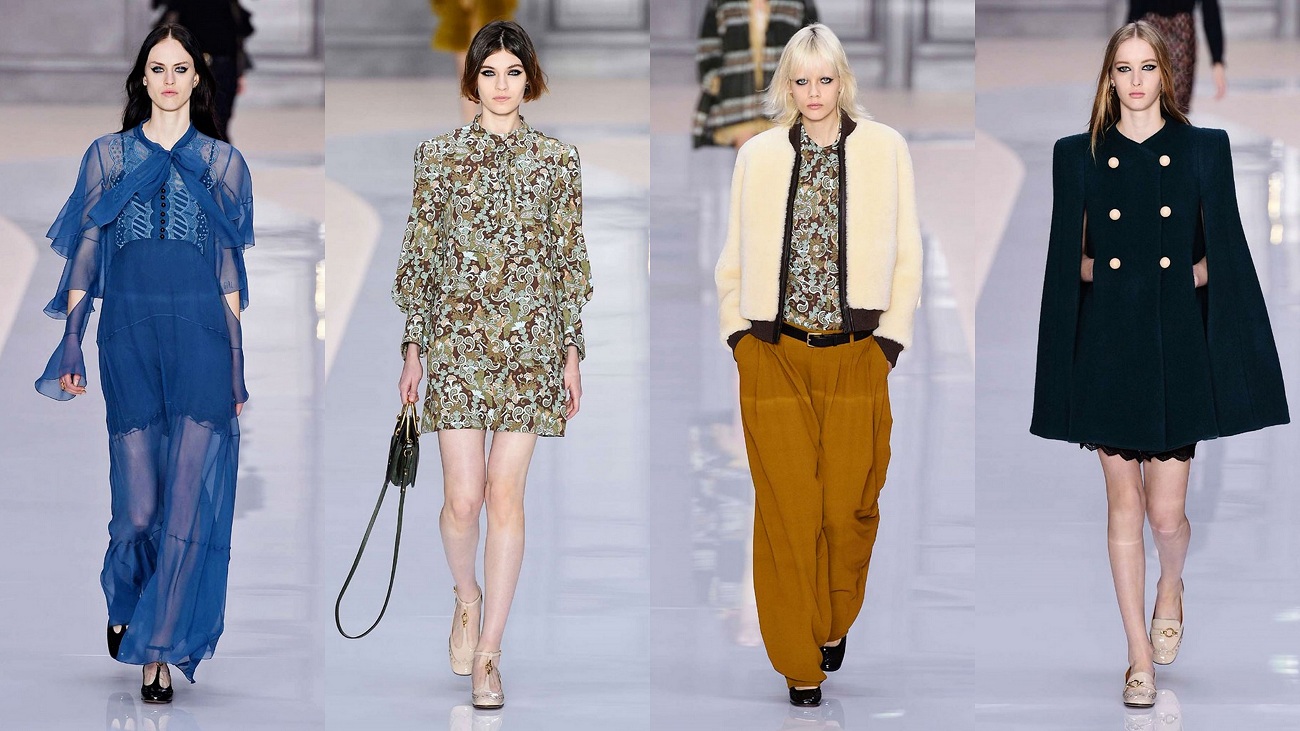 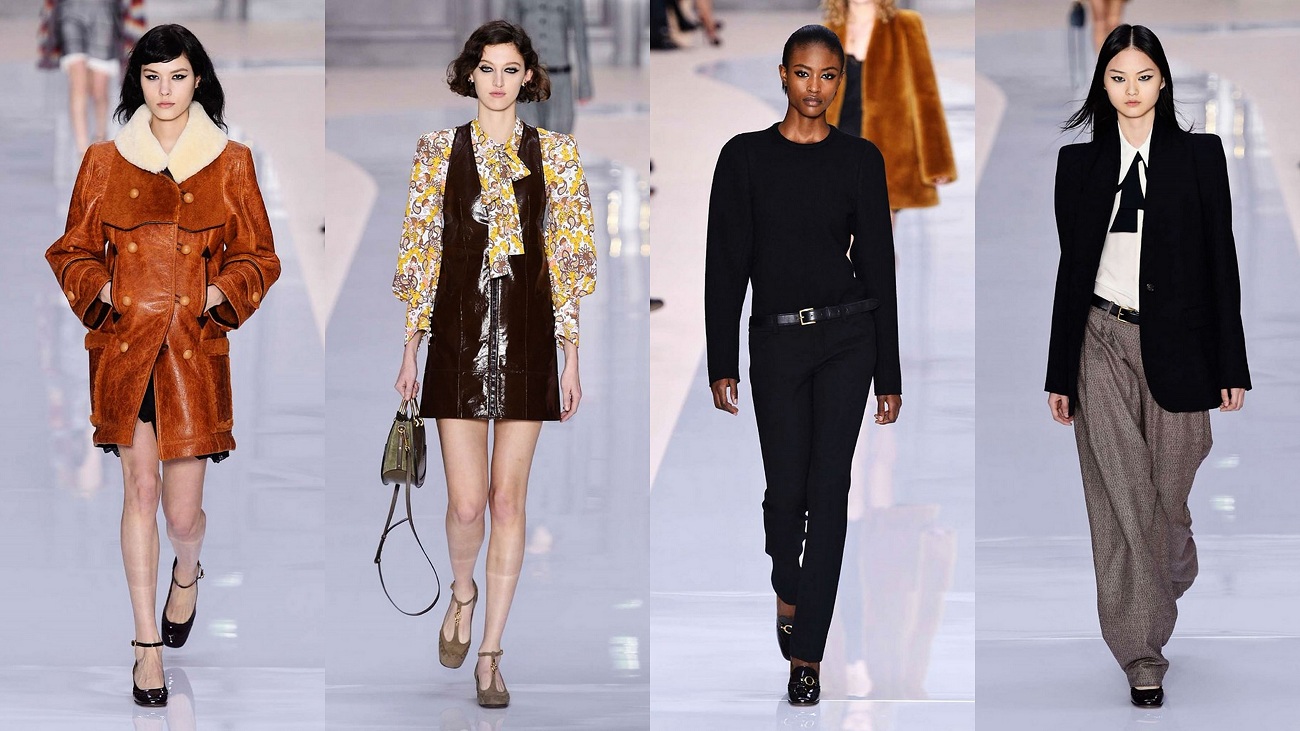 Makeup was also noticeable following the collection’s story. “It’s a little bit Kurt and Courtney, a little bit Kate Moss,” said makeup artist Aaron de Mey. “It’s a nod to Kate, the way she does her own (eyes),” De Mey added. “I want it to look like makeup the girls would want to wear themselves.” 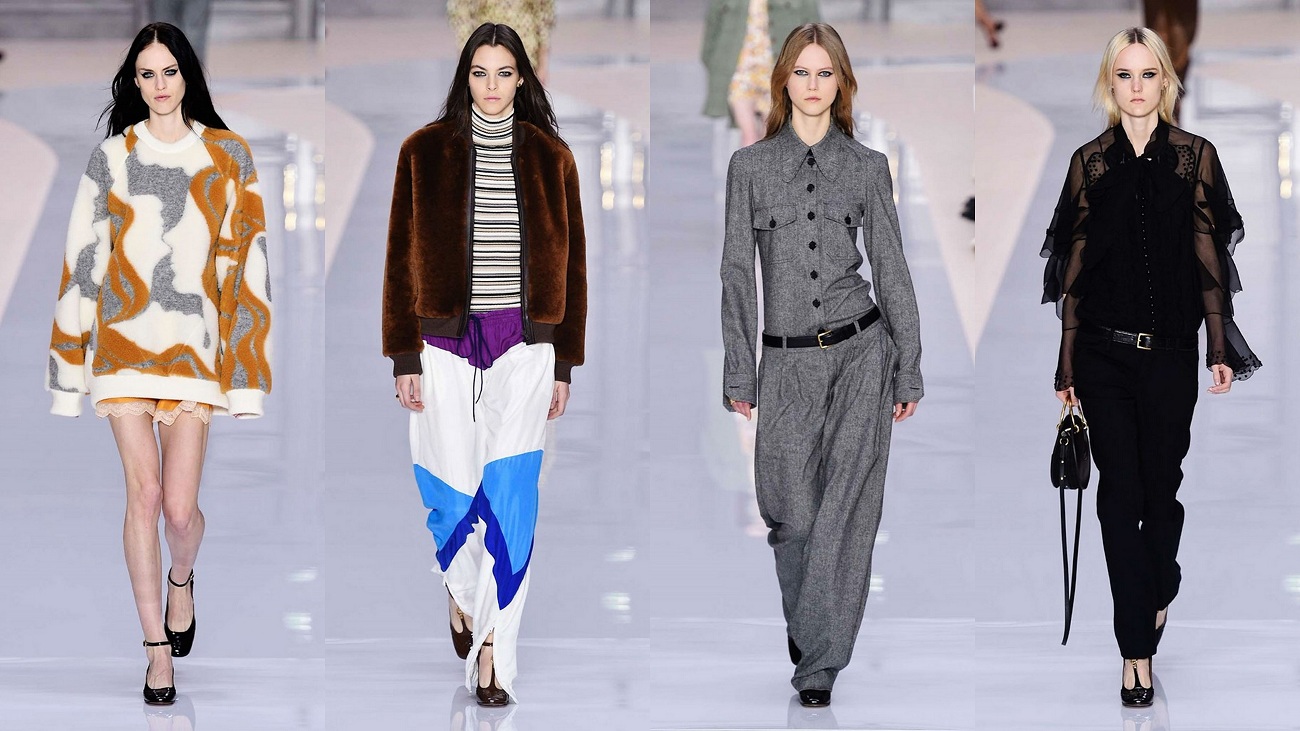 “I didn’t want to do something nostalgic; I wanted to do something fresh.” And she surely did. At this point, all eyes are on Clare Waight Keller‘s next move to which the entire fashion scene is looking forward to. 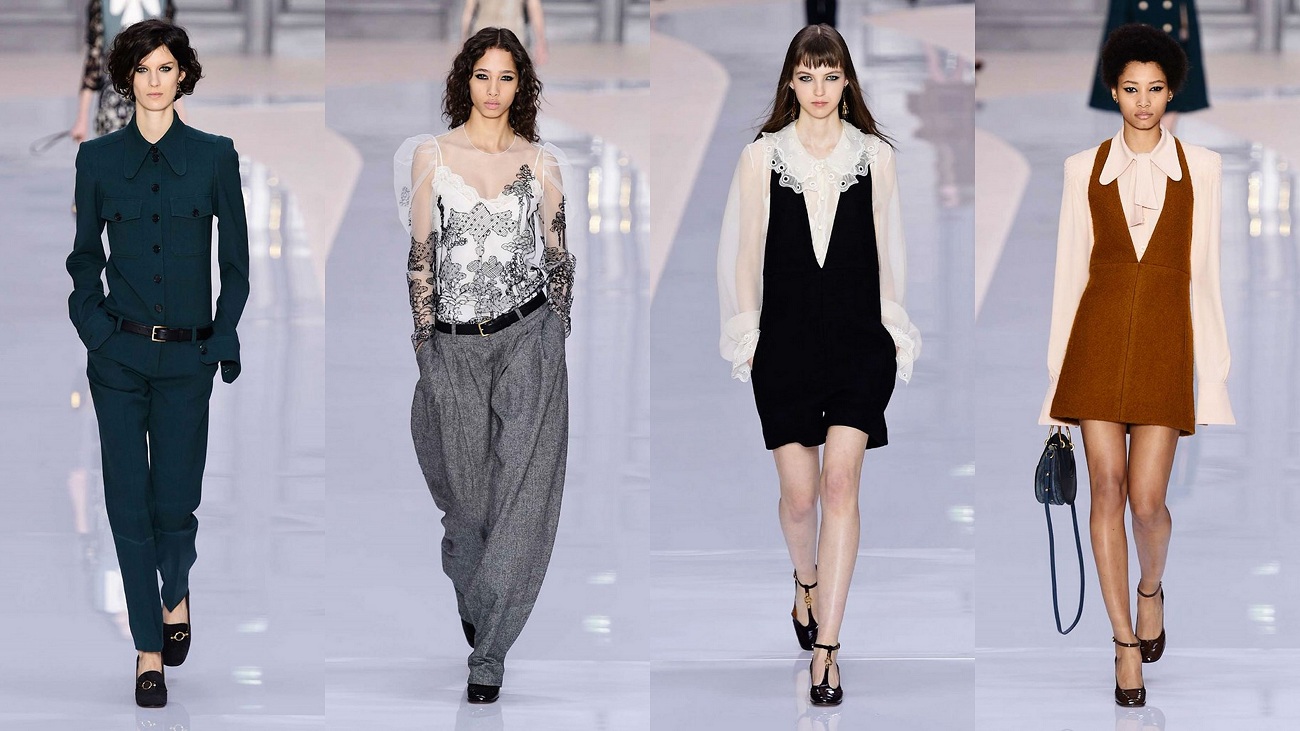 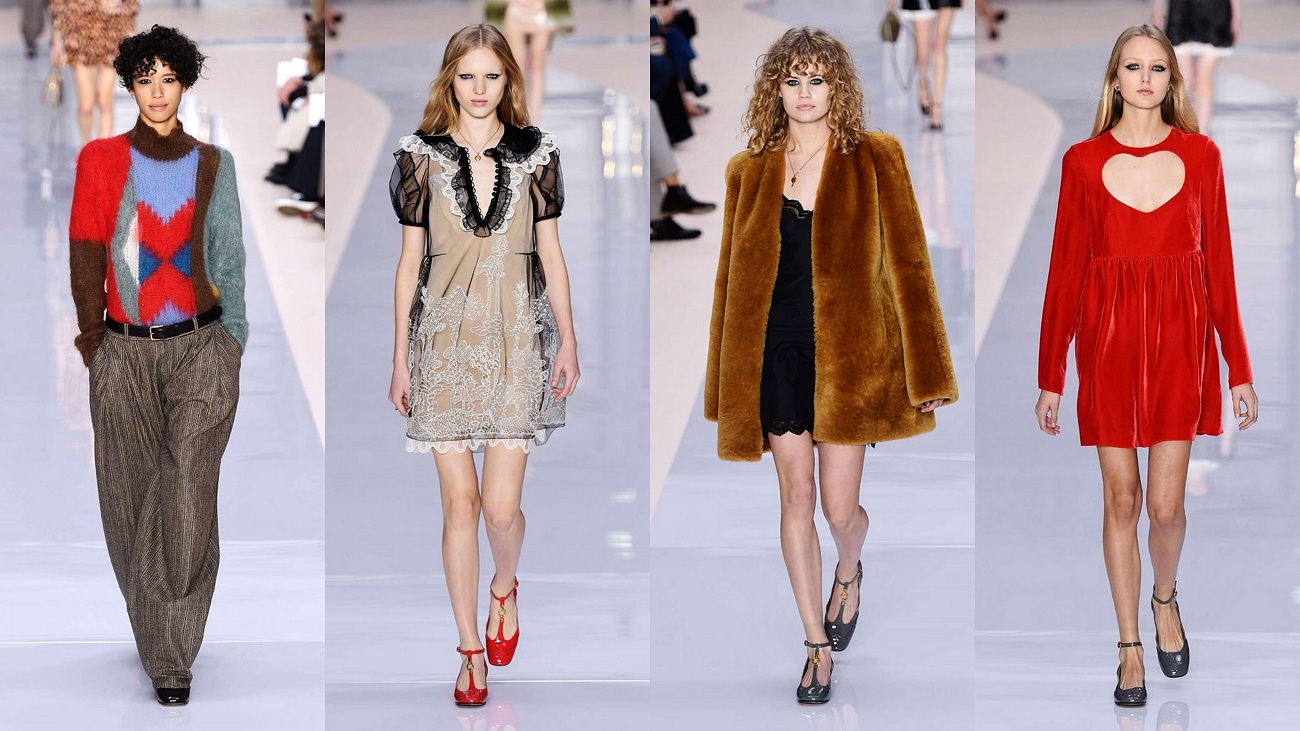 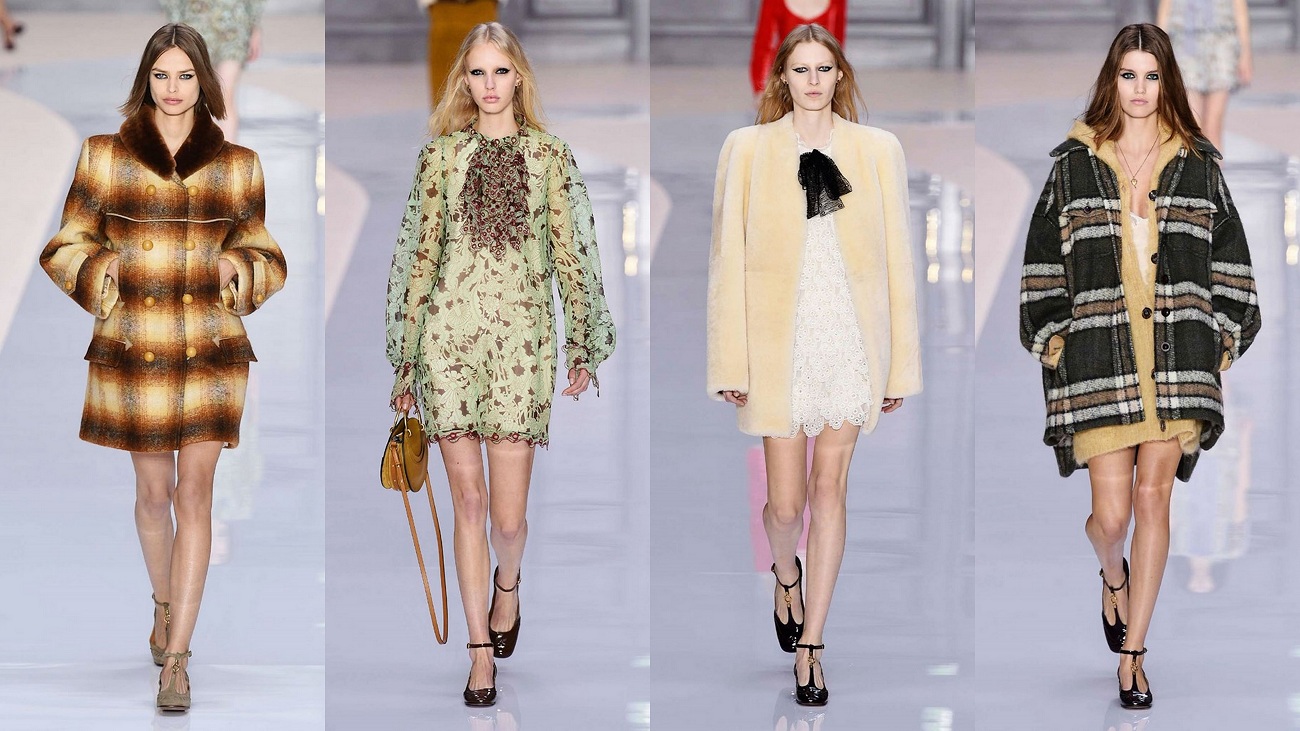 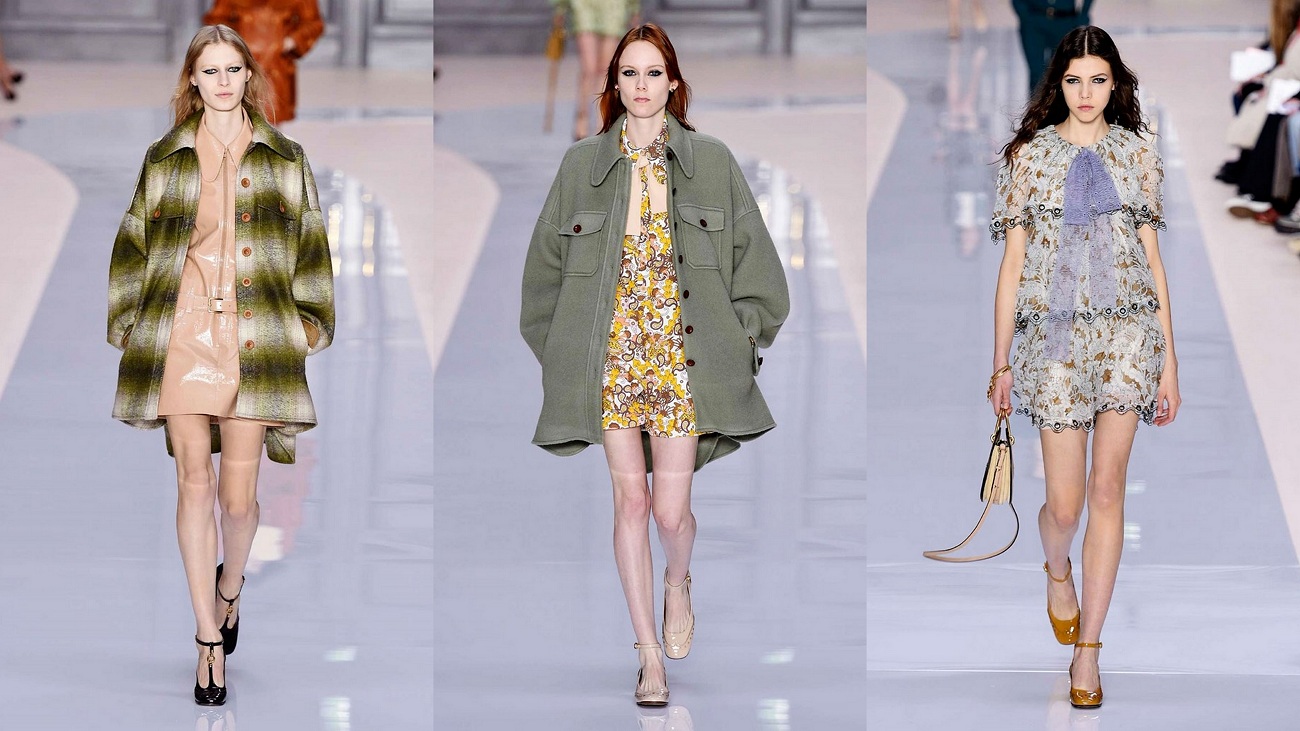 Discover the Chloé Fall/Winter 2022 collection by Gabriela Hearst. Historic house codes as well as those developed over the course of the past year are revisited and nurtured in the collection, such as garments constructed...

Just as nature undergoes processes of renewal, so too can a creative vision experience a regeneration. In this period leading up to the arrival of Gabriela Hearst’s debut collection, Chloé presents a radical visual narrative...

Gabriela Hearst unveils her first collection for the Maison Chloé one hundred years to the day of Gaby Aghion’s birth. From Gaby to Gabi, two ambitious women interpreting femininity in the context of their time. And from...