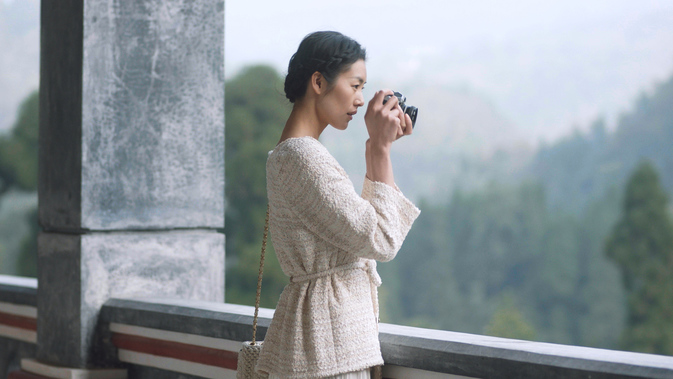 Chinese supermodel and Chanel ambassadress Liu Wen was a guest at the Chanel show in China. In a new video, she wears the Cruise 2017/18 collection in the streets of Chengdu.