Analyzing beauty: From Botticelli to Gucci 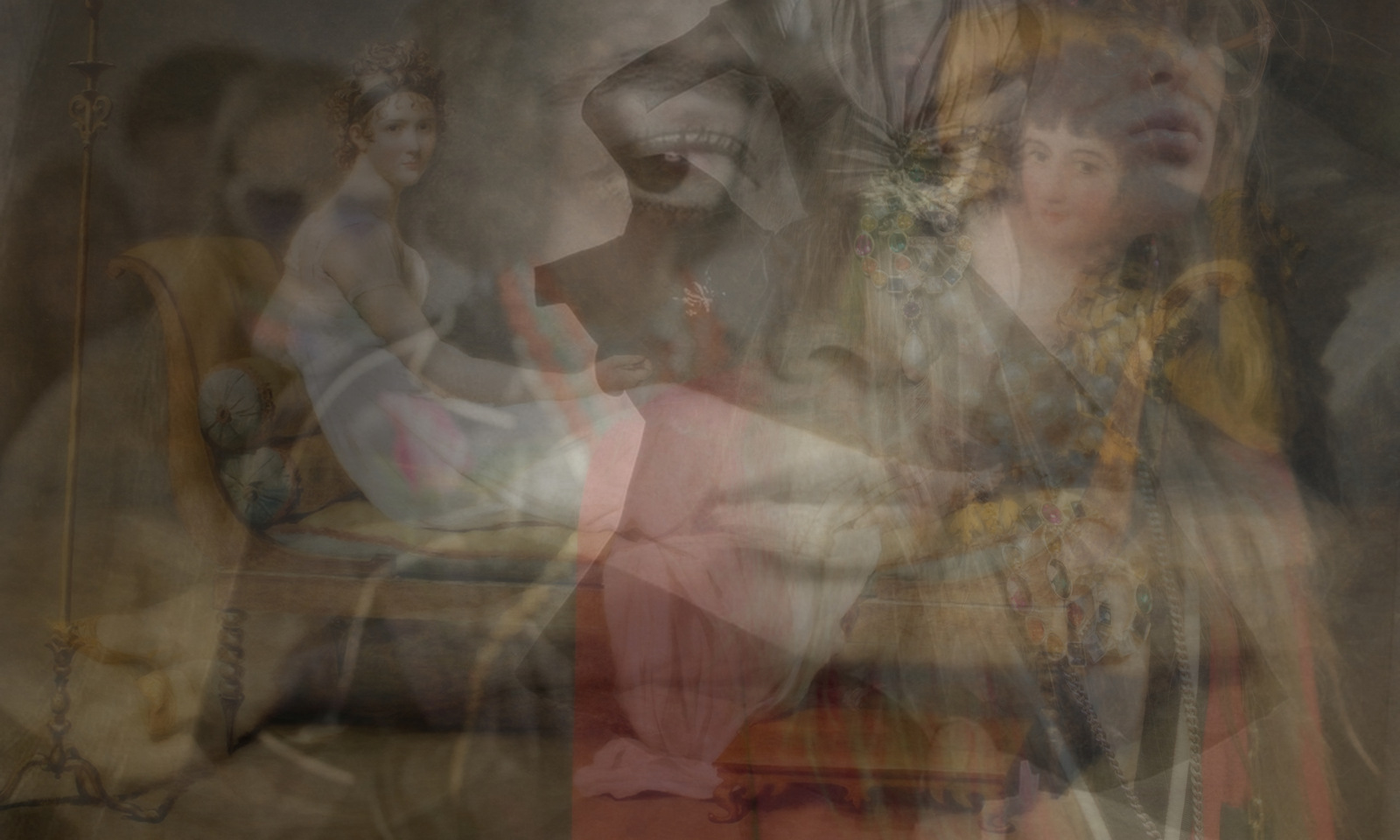 How to define beauty? Maybe beauty is in the eye of the beholder, maybe it is defined by time… When we see painting of Botticelli’s “Birth of Venus” (mid 1480s), Titian’s “Danae with Eros” (1544), Goya’s “Nude Maya” (1797–1800), Gauguin’s “Two Tahitian Women” (1899) or Modigliani’s “Nude Sitting On A Divan” (1917), we have to notice that beauty is changing and that from the late fifteenth century to the beginning of nineteenth century female form was more curvaceous, even the face characteristics that were considered beautiful were slightly different- lips were smaller, eyebrows thicker and face elongated, but in all these works of art created by grand masters and the most prominent painters we see something sublime, divine and deeply emotional. Many of these paintings were scandalous at the time due to nudity, pushing the boundaries and social paradigms, and always drawing the attention to the subject- woman’s beauty. Art has always been there to provoke society, to make us think and even question our existence and connection to the world. When you are born as an artist, you don’t have a choice, you need to create and these women were their muses, lovers and celebrated for their beauty.

By the Victorian Era, the idea of beauty was changing, and the epitome of beauty in France was Madame Récamier (1777 – 1849), the famous muse who inspired the work of numerous writers and politicians in the XIX century. Some would say that she was the most beautiful and graceful woman of her day. You may find Portrait of Juliette Récamier 1800 dressed in a white antique-style sleeveless dress at the Louvre museum.

Legendary beauty of the Belle Époque period was Parisian ballerina Cléo de Mérode (1875 – 1966), a woman that enchanted such luminaries as Alfredo Müller and Lautrec, that did a portrait of her. She also caught the attention of painter Gustav Klimt, who was impressed by her beauty, as well as the King of Belgium Léopold II and even Marcel Proust. Cléo de Mérode became legendary for her glamorous style and trademark haircut that was copied by many Parisian socialites. She was nicknamed “Pretty Little Narcisse” by her friend, composer Reynaldo Hahn. 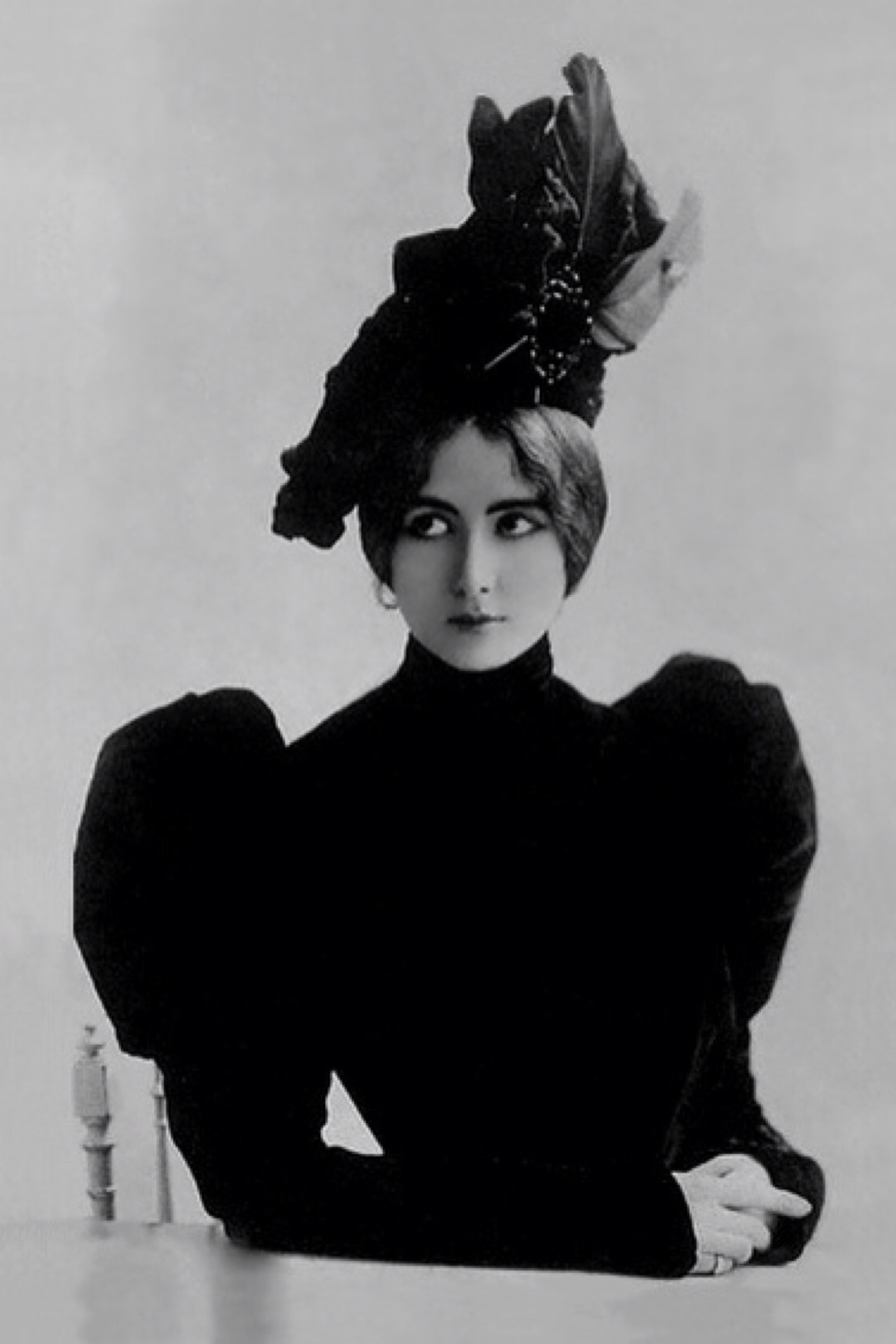 “Beauty is also submitted to the taste of time, so a beautiful woman from the Belle Époque is not exactly the perfect beauty of today, so beauty is something that changes with time.”- Karl Lagerfeld

We had the time that celebrated Marilyn Monroe with her flirtatious and adorable smile and platinum hair – just imagine her in the white floating dress or the way she sang to the soldiers. We heard so many stories about the most beautiful purple eyes of Elizabeth Taylor and a carefree, naïve sexuality of Brigitte Bardot. In 1954, Audrey Hepburn stared in the movie “Sabrina”, and her beauty, charm, innocence and talent made her a muse of Hubert de Givenchy. She became fashion icon celebrated ever since. In the 60s we were longing for a touch of wild femininity of the most un-French woman that cast a spell on the entire nation by singing “Je t’aime… moi non plus”- miss Jane Birkin. The song was written by Serge Gainsbourg, for Brigitte Bardot in 1967, but in 1969, Gainsbourg recorded the most well known version with Jane Birkin. We had Disco 54 divas and a wife of the ultimate rock legend, Bianca Jagger. She was the tough, enigmatic and sensational woman. France had Catherine Deneuve, Italy had Sophia Loren while America had Grace Kelly who eventually enchanted Monaco. All these women were very beautiful but what made them legendary was the fact that they were the stars. There is something magical in art, movies, music and fashion. If you were celebrated by one or all of the art forms your look got completely new dimension, almost magnetic to the world. 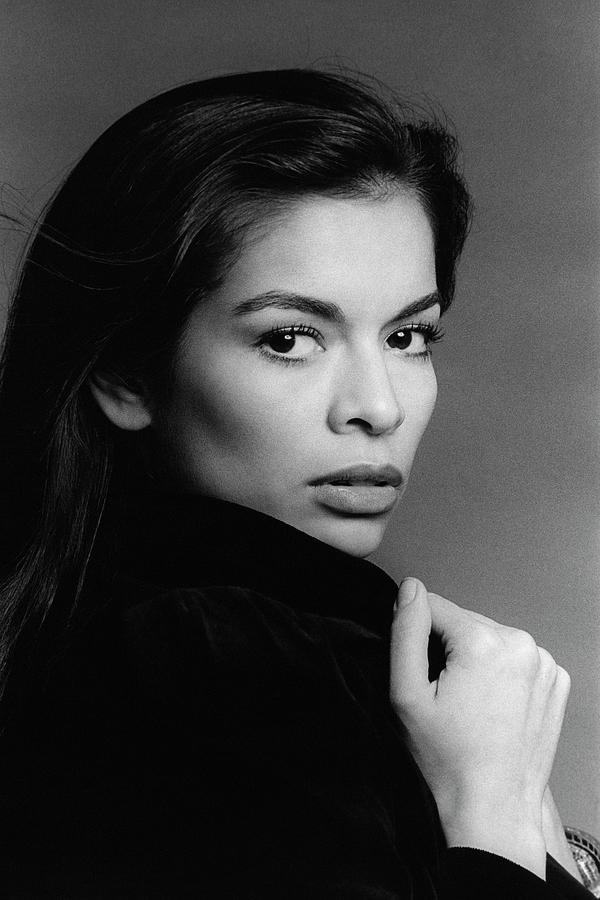 A portrait of Bianca Jagger; Photograph by Francesco Scavullo

“Besides me wanting to be an artist, I wanted to be a movie star. I don’t mean like an American movie star. I mean like Jeanne Moreau or Anouk Aimée in La Dolce Vita. I couldn’t believe her in those dark glasses and that black dress and that sports car. I thought that was the heaviest thing I ever saw. Anouk Aimee with that black eye. It made me want to have a black eye forever. I’d always look great. I got great sunglasses.”- Patti Smith

When it comes to fashion, first there was Dorian Leigh, the model that landed the cover of Harper’s Bazaar at age 27 in 1944, after telling editor Diana Vreeland that she was 19. She had the beauty characteristics of the old Hollywood, very feminine with a striking face, graced by dark curly hair styled like Rita Hayworth’s. Her figure was slim and her cheekbones were set high. In 1946, she appeared on six Vogue covers, and over the next six years she graced more than 50 covers of various magazines. She was a muse to many photographers of that time such as: Avedon, Beaton, Blumenfeld, Horst and Penn among them. Avedon later stated that she was the most versatile model, and the loveliest, that he had ever worked with. Interesting fact is that even her kid sister Suzy Parker became a model in 1948, scouted by Eileen Ford at the age of fifteen. Suzy became a prominent model of her times who, with short flame hair and dark blue eyes, also captured the attention of Richard Avedon who believed “she was something else – a redheaded force of nature, a wolf in chic clothing, the one flesh-and-blood woman in a world of exquisite creatures.” 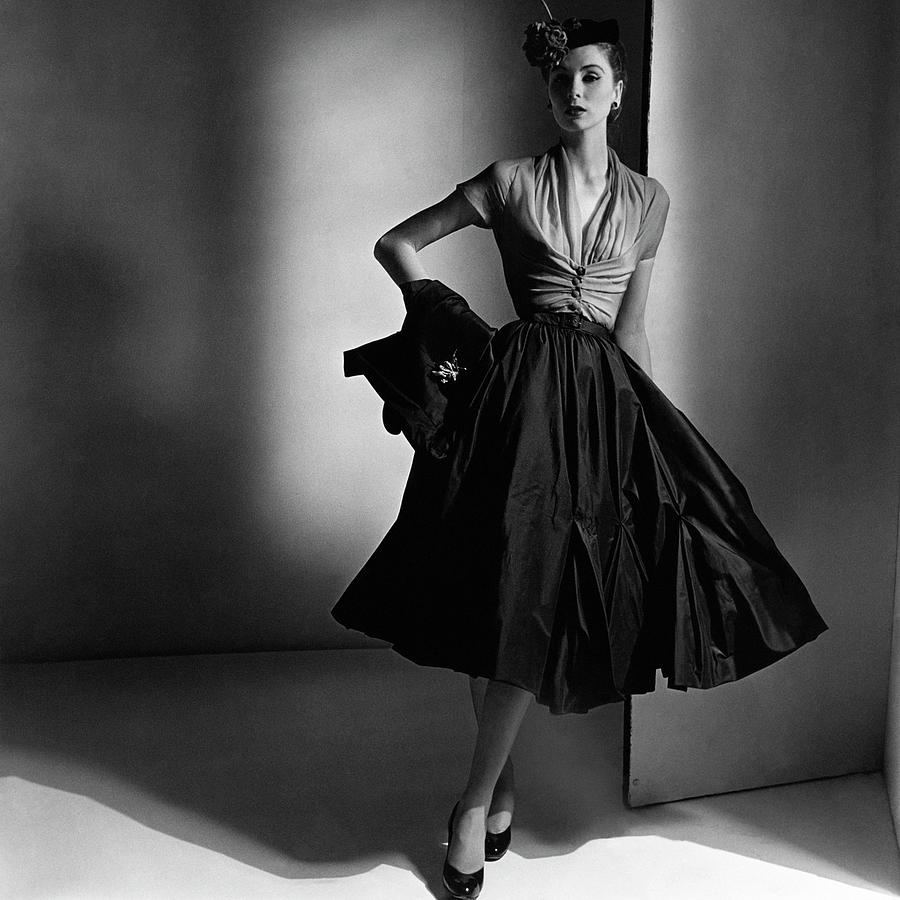 Then there was Lisa Fonssagrives-Penn. In the 1940s and 50s, the Swedish model was the highest paid and highest praised fashion model in the business. She appeared on the cover of many magazines, including Vogue, Time, Life and Vanity Fair, and worked with the top fashion photographers of the time, including George Hoyningen-Huene, Man Ray, Horst, George Platt, Irving Penn, and Richard Avedon. Lisa was never called a supermodel in her lifetime, but she’s now widely regarded as the world’s first supermodel. Later we had Veruschka, Edie Sedgwick and Twiggy that epitomized the newly liberated women of the 60s. Lisa Taylor and Jerry Hall were the ultimate 70s muses, starred in many of the decade’s most iconic images taken by Helmut Newton and Chris von Wangenheim. In the 80s we had Gia Carangi, Janice Dickinson, Iman and Beverly Johnson. Nineties fashion we know by heart: Cindy Crawford, Naomi Campbell, Claudia Schiffer, Carla Bruni, Kare Otis, Linda Evangelista, Christy Turlington, Stephanie Seymour… By many considered as a golden age of fashion, beauty and femininity, 90s treated supermodels like movie stars. They were tall, beautiful and slim and they had Gianni Versace and George Michael by their side making the ultimate icons of them. 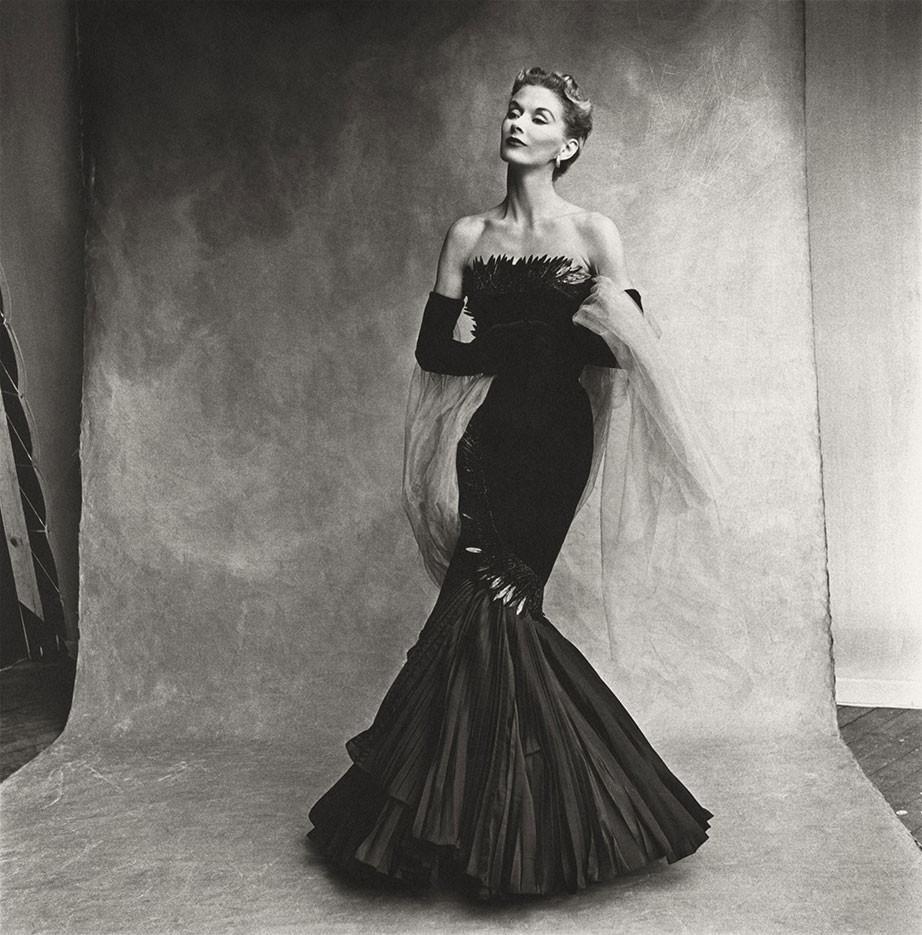 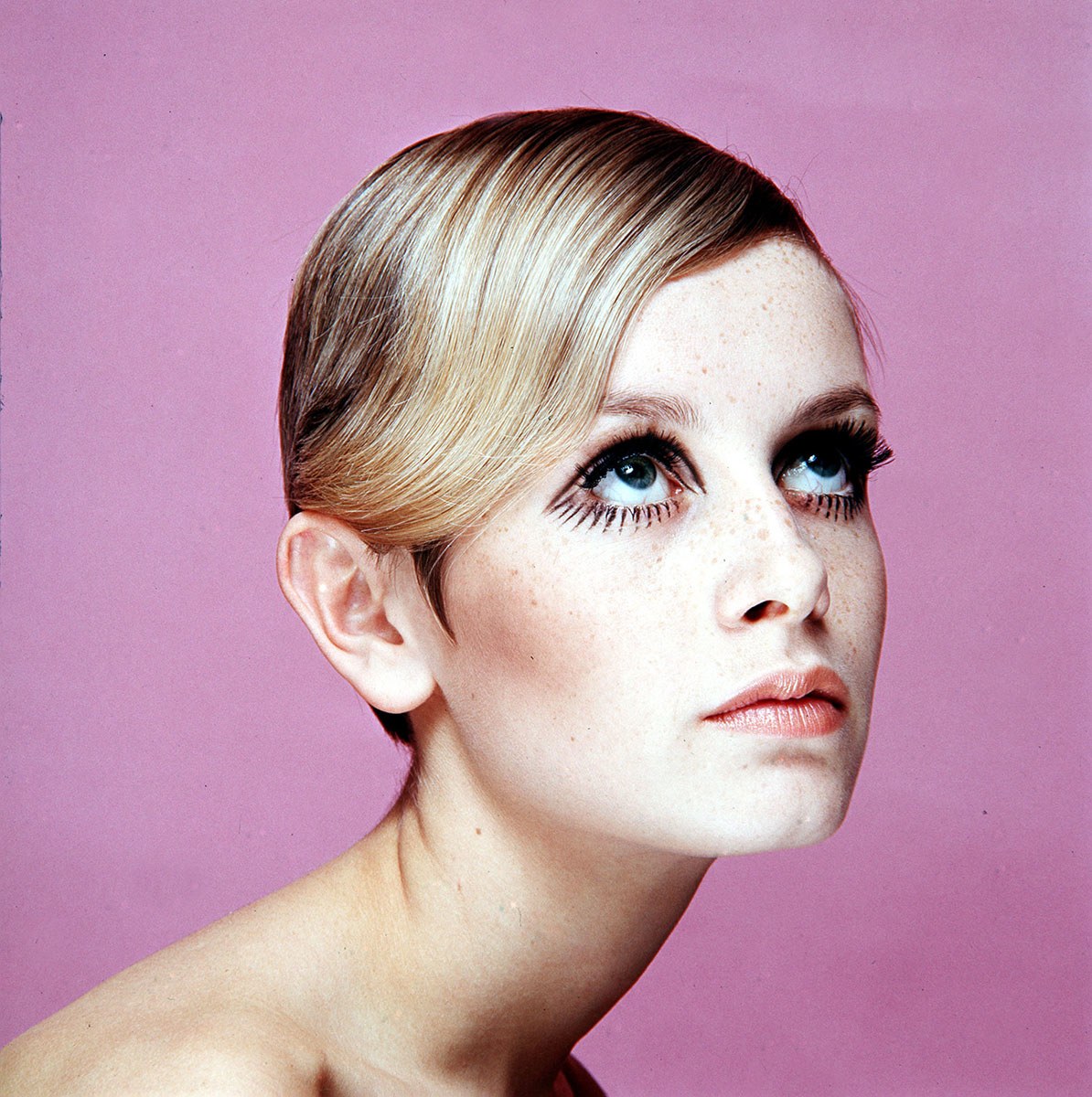 In 1992, one woman made all the world talking by filming one of the most provocative and controversial scenes in the movie history. Sharon Stone with “Basic Instinct” outlined her sex appeal and with her perfect face and body became a new beauty standard of the 90s. 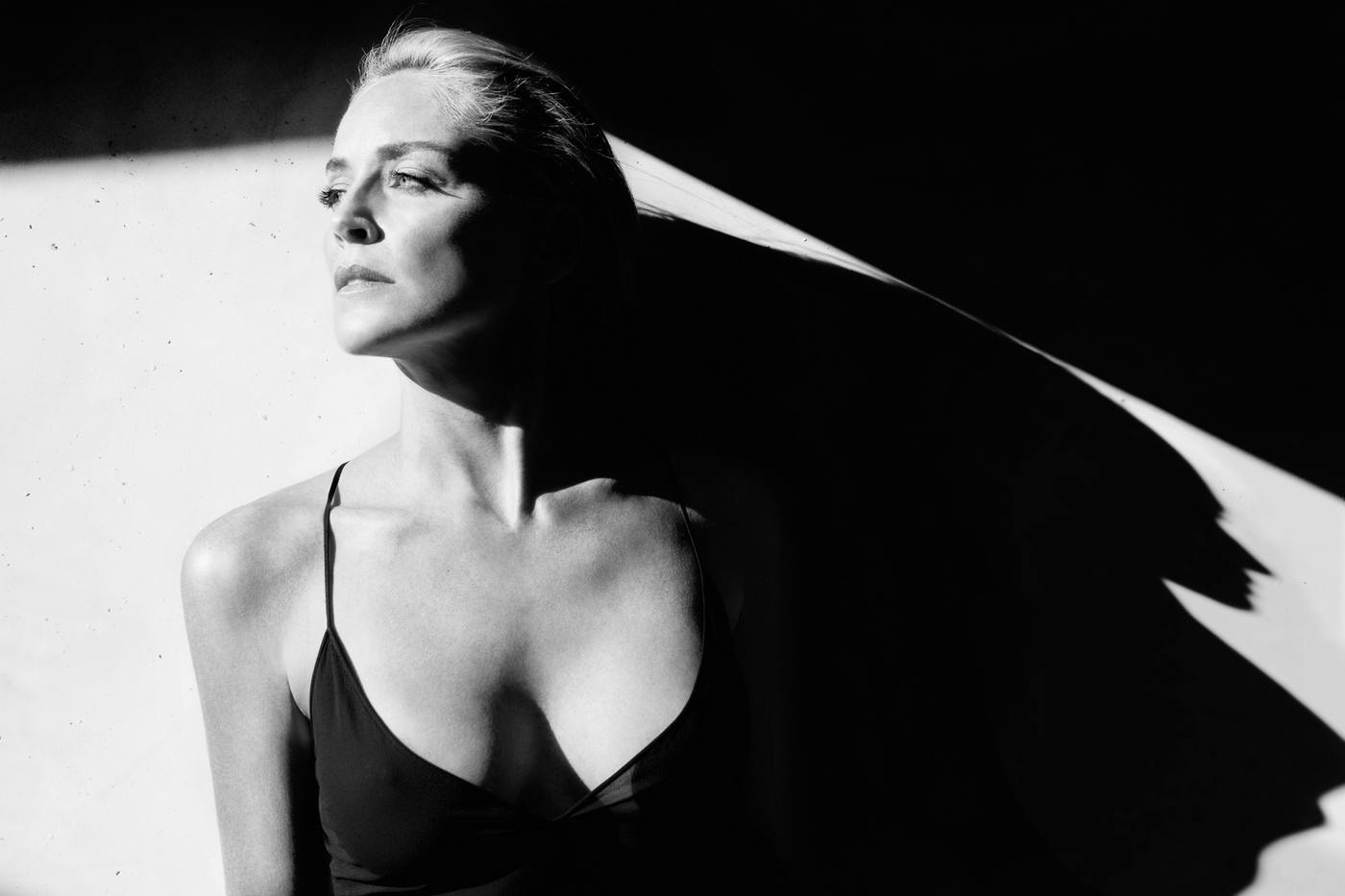 What is beautiful in today’s fashion? Dior’s new creative director Maria Grazia Chiuri, the first female artistic director in its 70-year history, was brought to change the direction of the fashion house with her new idea what it means to be a woman in today’s world. A house that has been synonym for the feminine look since 1947, presented a daring and slightly different Spring 2017 collection with highly diverse models. In September 2016, Maria Grazia Chiuri sent on to the catwalk a T-shirt with the slogan “We Should All Be Feminists”, the title of a Chimamanda Ngozi Adichie book. And, one of the leading faces of Dior became Ruth Bell, a boyish looking girl with a short hair. Gender blending in fashion takes its premises and femininity as we knew it almost stopped to exist. The look is asexual and stronger, with a belief that clothes do look better on a slimmer body. And while the focus is on clothes, maybe the woman is left unnoticed. We may also interpret the look of a new Dior woman as liberated. She doesn’t wear make up by her choice or cuts her hair in a revolt. She will wear the sheer dress because she isn’t afraid of her sexuality or to uncover her body. She is what ever she wants to be and there is nothing you can do to stop her. 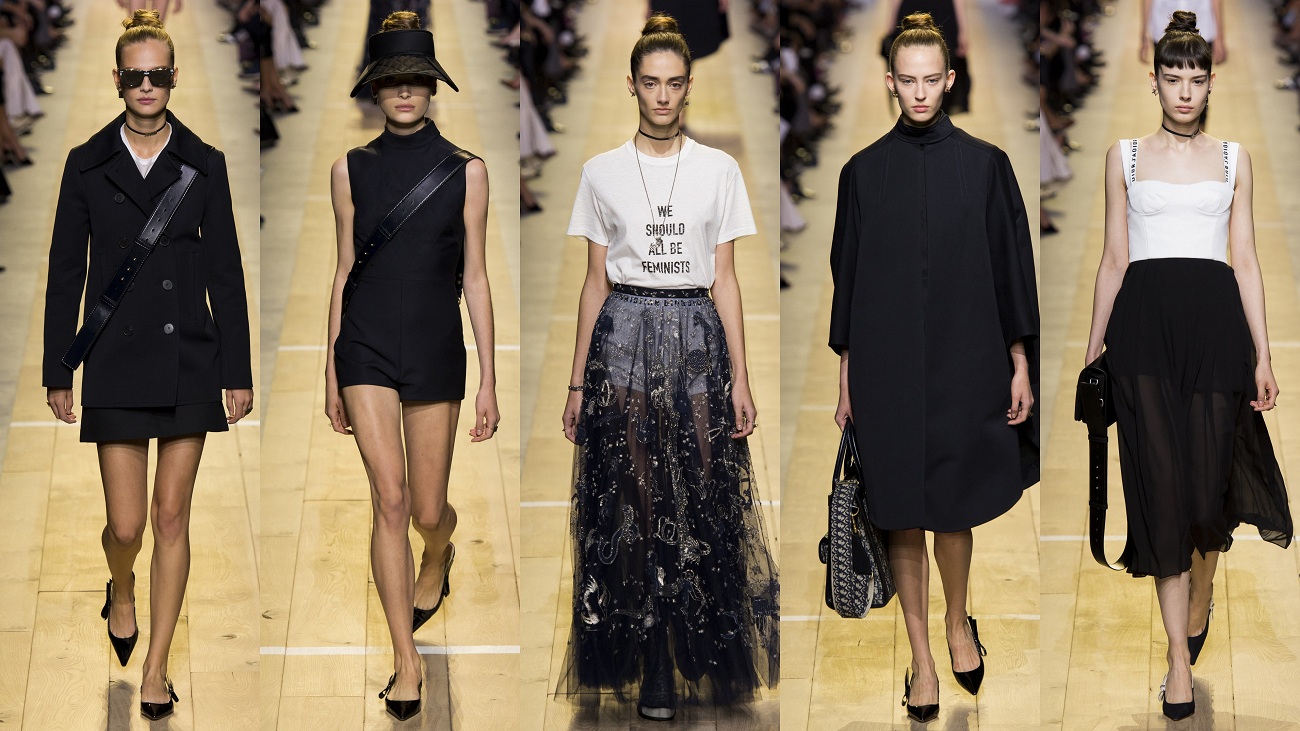 Did fashion lost the ability to recognize beauty or just changed the vision and made it more diverse? Is more really more? Why suddenly we feel the need to break all the rules? Gucci’s new era lead by Alessandro Michele rest on retro futurism. He is taking elements of the past and updating them for the present by adding futuristic elements, bringing what’s gone before firmly into the contemporary. There is a completely new world designed with high imagination and fantasy. We may see it in clothes, materials and shapes, accessorizes and the way he shots ad campaigns and present collections on the runway. But do we know who is the Gucci woman? How does she look? What does she stands for? She wants to be noticed by her stand-out clothes rather than her beauty, a bit eccentric, like she is a part of some 70s glam-rock band. The way she dresses is really the way she feels, the way she lives, what she reads,… 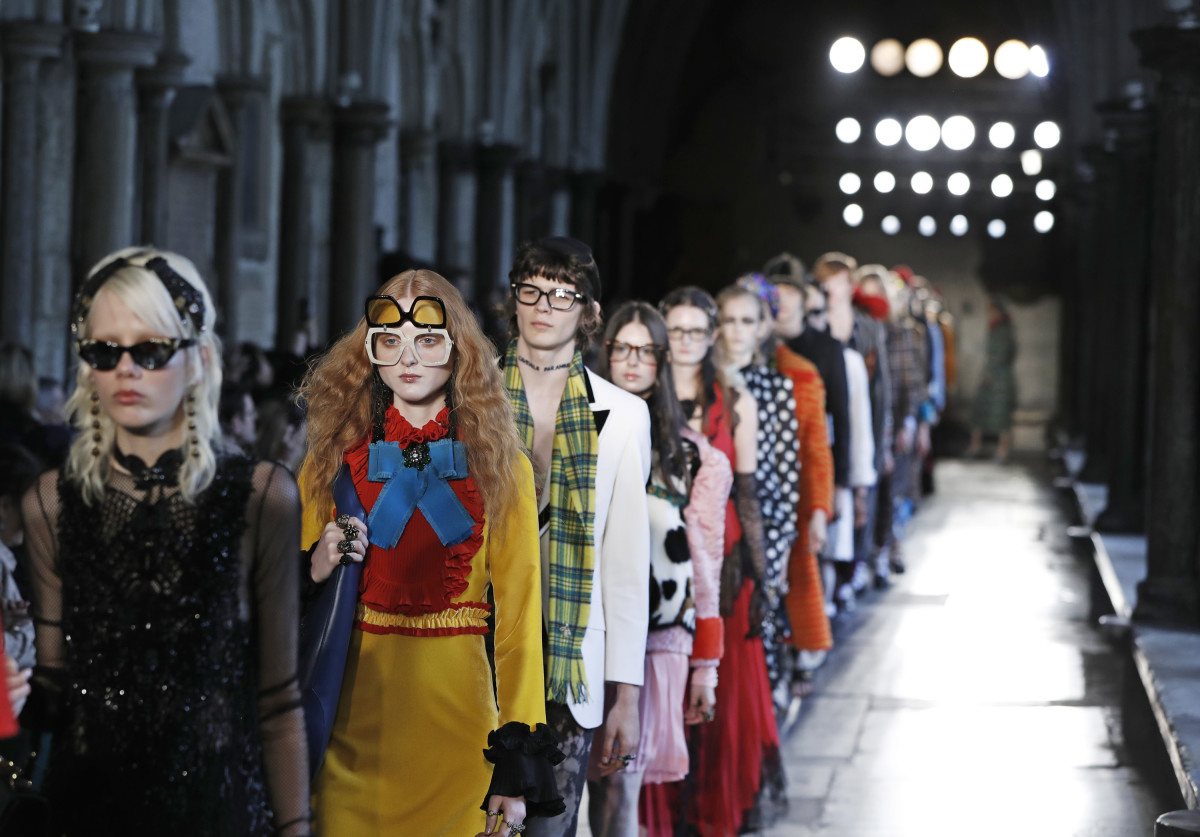 Maybe beauty is an illusion. Maybe we will always long for it, desire it and appreciate it from a distance. We idolize certain personalities and looks, just as we need to admire an art piece. But you can’t touch it, maybe it will burst. But ultimate beauty is the beauty of the heart, the one that captures our soul. We see it with the look of love.