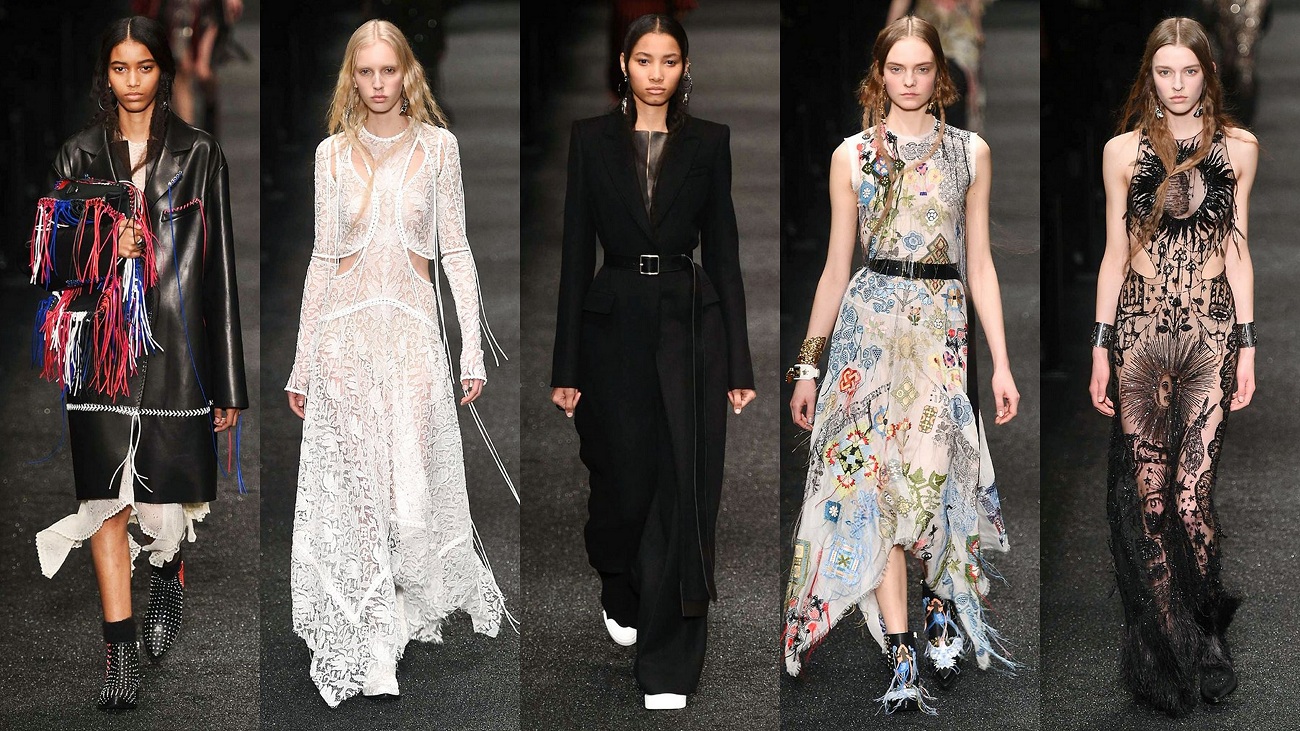 As the curtain raised for Alexander McQueen’s Fall 2017 runway show in Paris, the audience was left staggered with this almost autobiographical collection manifesting the journey Alexander McQueen, the brand, has taken. Models strutted out the ramp in the new fall collection orchestrated by brand’s Creative Director Sarah Burton. Every design spoke for itself and had a predominance of feminine softness, development that can only be attributed to Sarah. 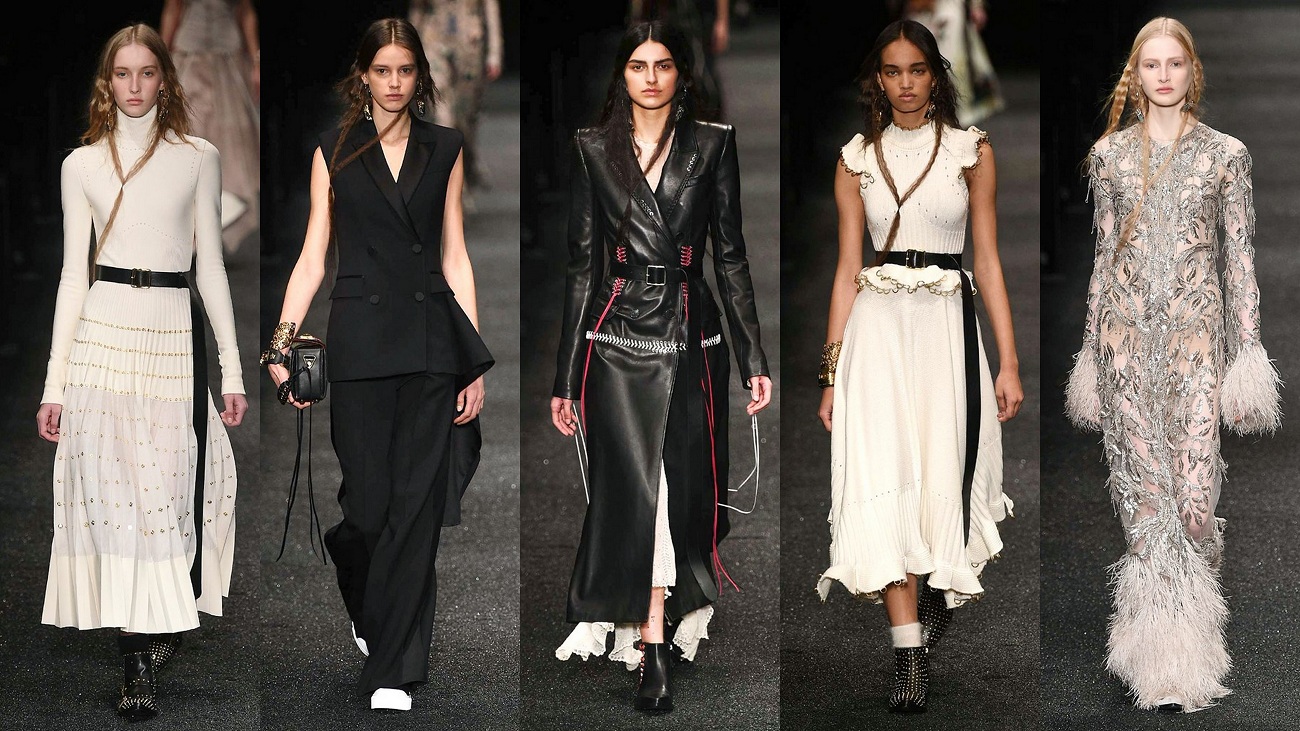 Alexander McQueen fall 2017 collection was designed in the mystical Cornwall, southernmost county of the United Kingdom, which also occupies a rather important place in the art world. Many prominent artists took the inspiration from it, from Sir Arthur Quiller Couch to Alfred Hitchcock, whose cult classic movie “The Birds” was inspired by Cornwall. It is also a place very close to Sarah Burton‘s heart, who spent a lot of her childhood there. Taking inspiration from Alexander McQueen’s heritage, Sarah took her whole design team to visit Cornwall and get inspired not only by the vast history in the form of the great architecture it encompasses, but also from the mystic character that it embodies. 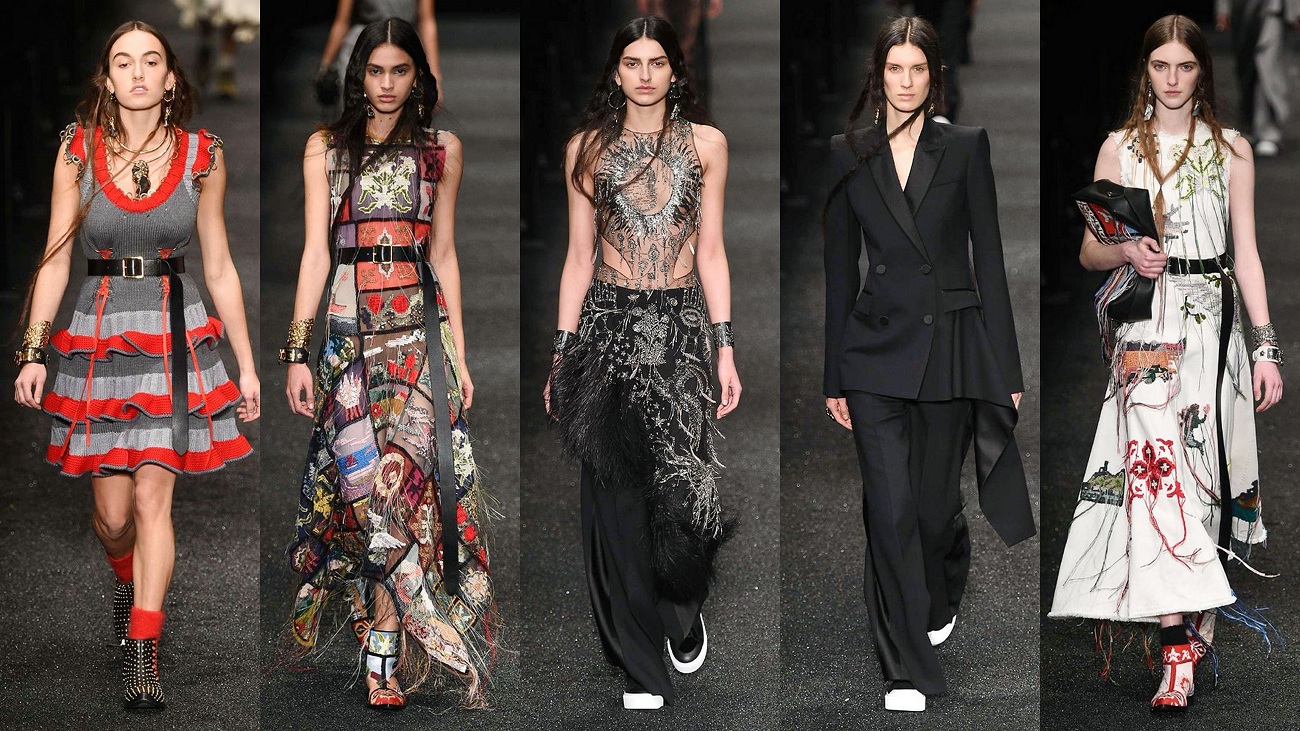 Sarah Burton‘s Cornwall was not conspicuous in the beginning of the Fall collection show held in Paris as leather dresses and contemporary embroidered pieces strut out first. But the Celtic air soon filled in with unfinished hems and trailing threads which were inspired by the Clootie well found in Celtic area which Sarah Burton and her design team found on their visit to the Cornwall. Its influence involuntarily stayed with Sarah because of some daunting pieces tied to it. 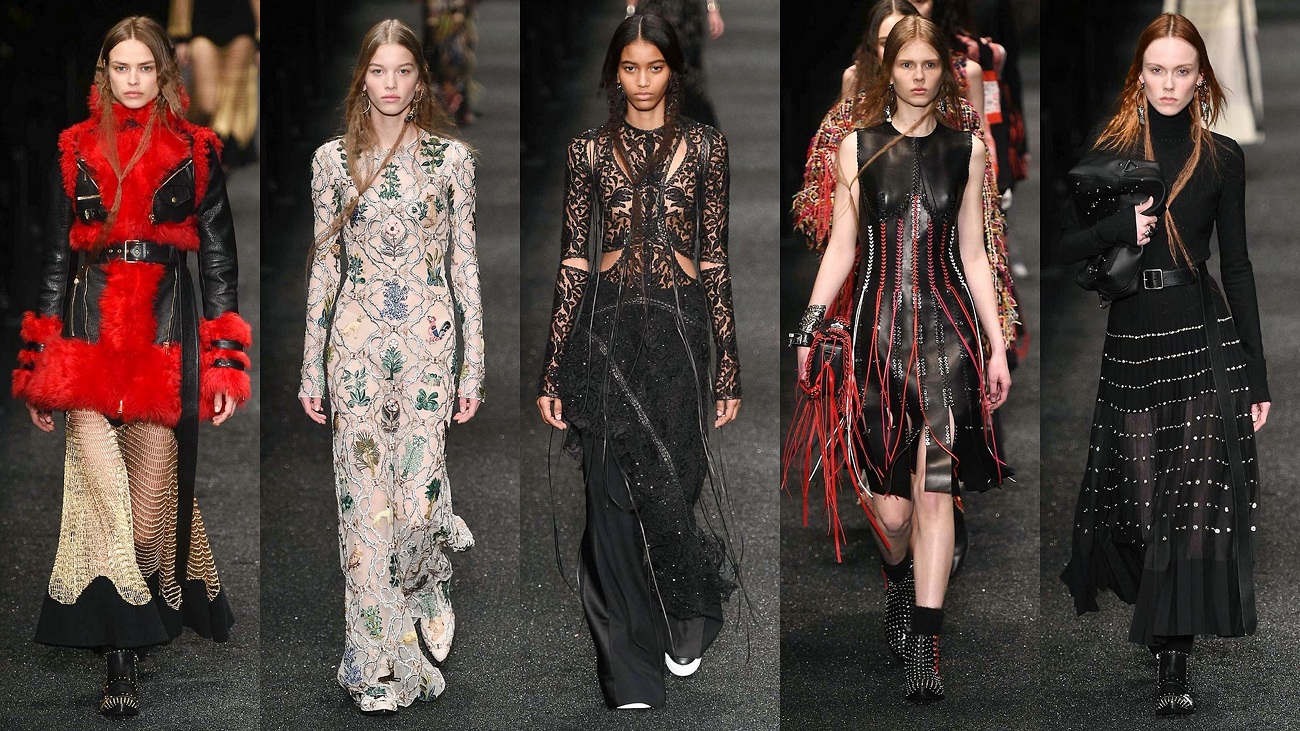 Fur was an integral part of the collection, something that Sarah Burton uses as an ode to Lee Mcqueen: sometimes resting on a leather jacket and sometimes on the bejewelled gowns’ borders. Ateliers at McQueen were presented with a Cornish canvass and freedom to paint it with the colors they wished and that is exactly what they did, with lavish embroidered naked gowns and bespoke lace craftsmanship of the ateliers was triumphant. 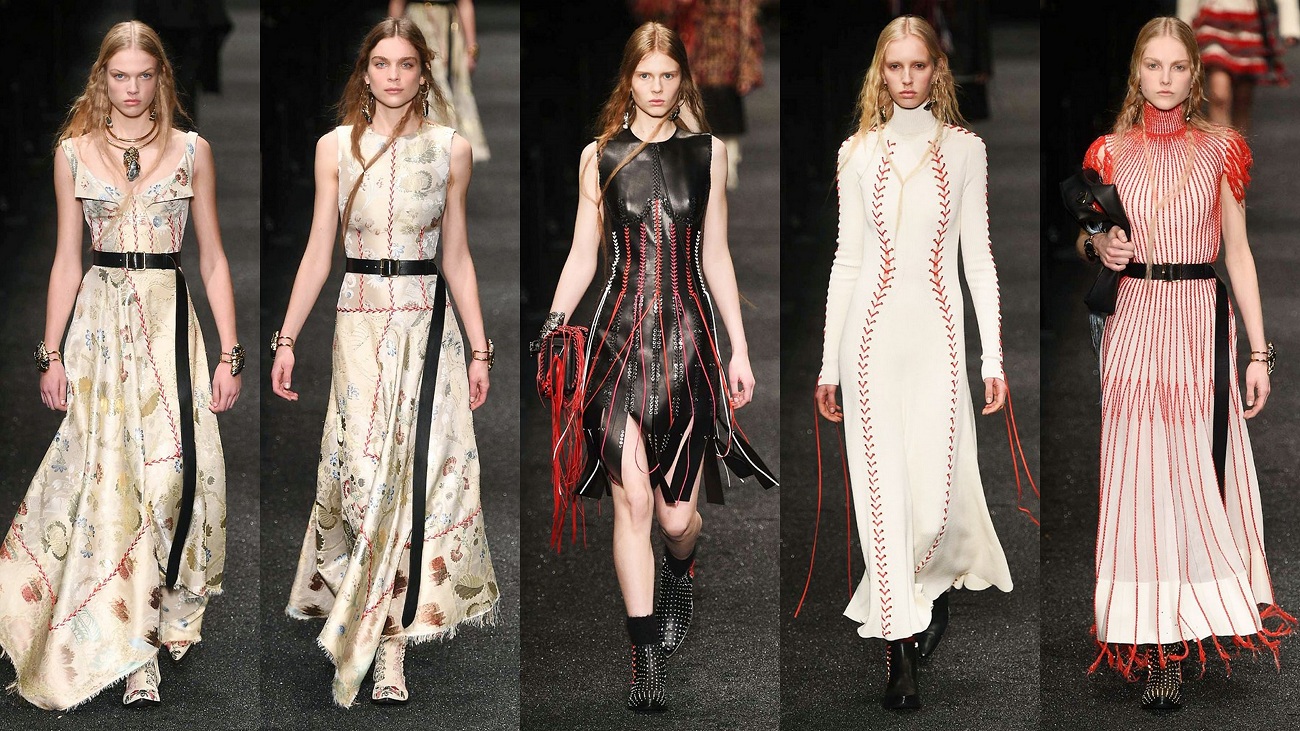 As the show finished on a very high and luxurious note of aesthetically beaded dresses, the one person behind it, Sarah Burton, came to take a humble bow and in an almost blink and miss moment one could see the pincushion resting calmly on her wrist. As she said, she was never a soloist. 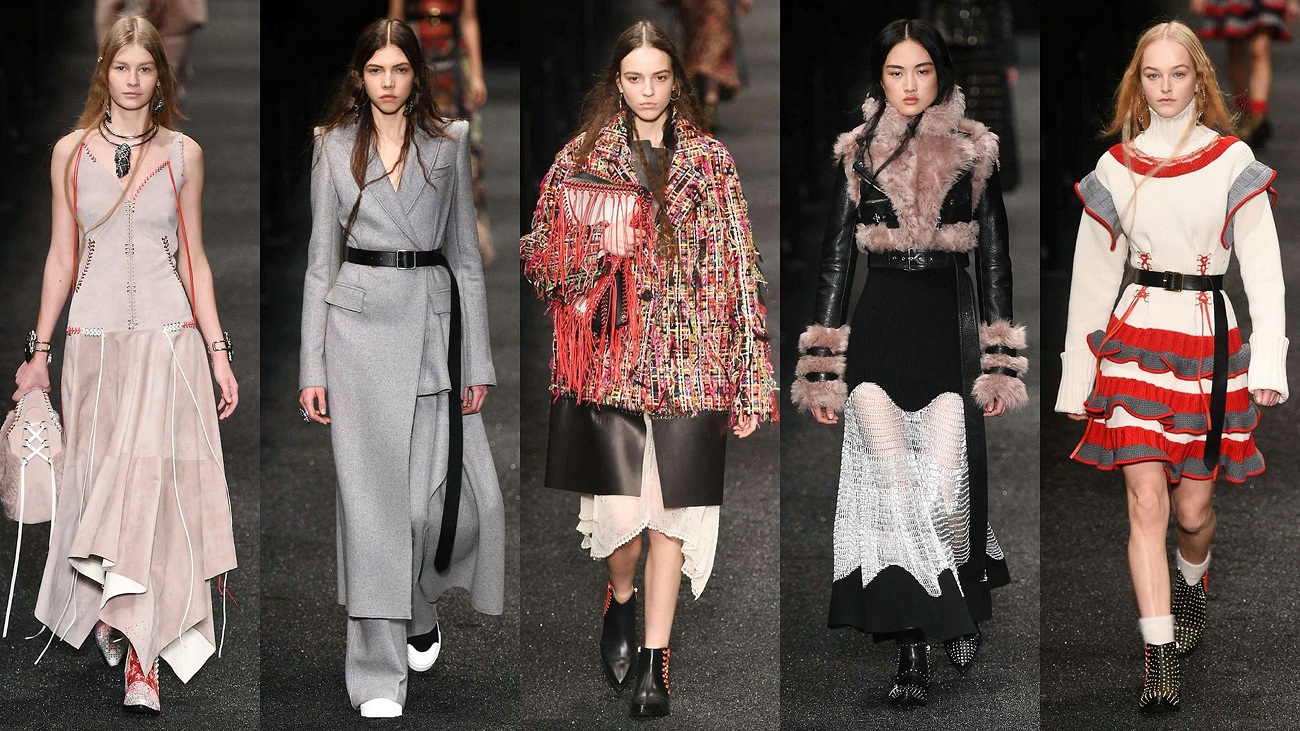 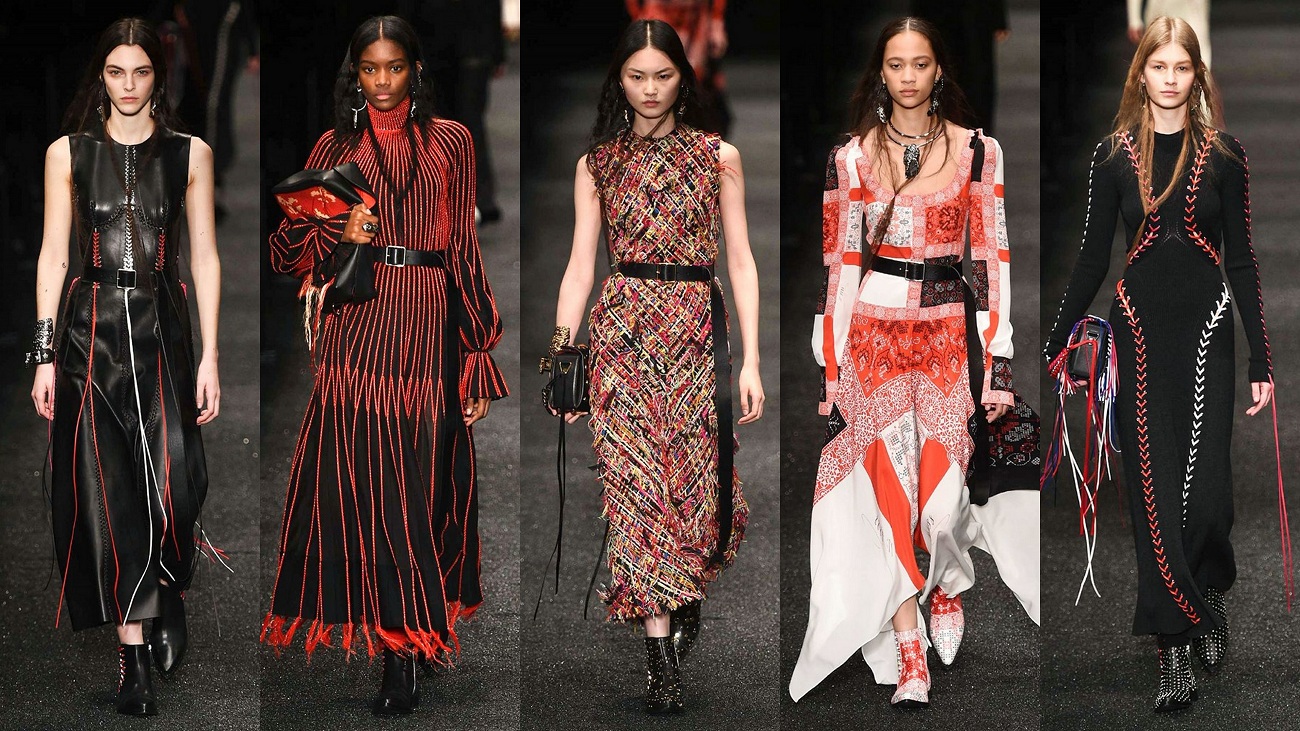 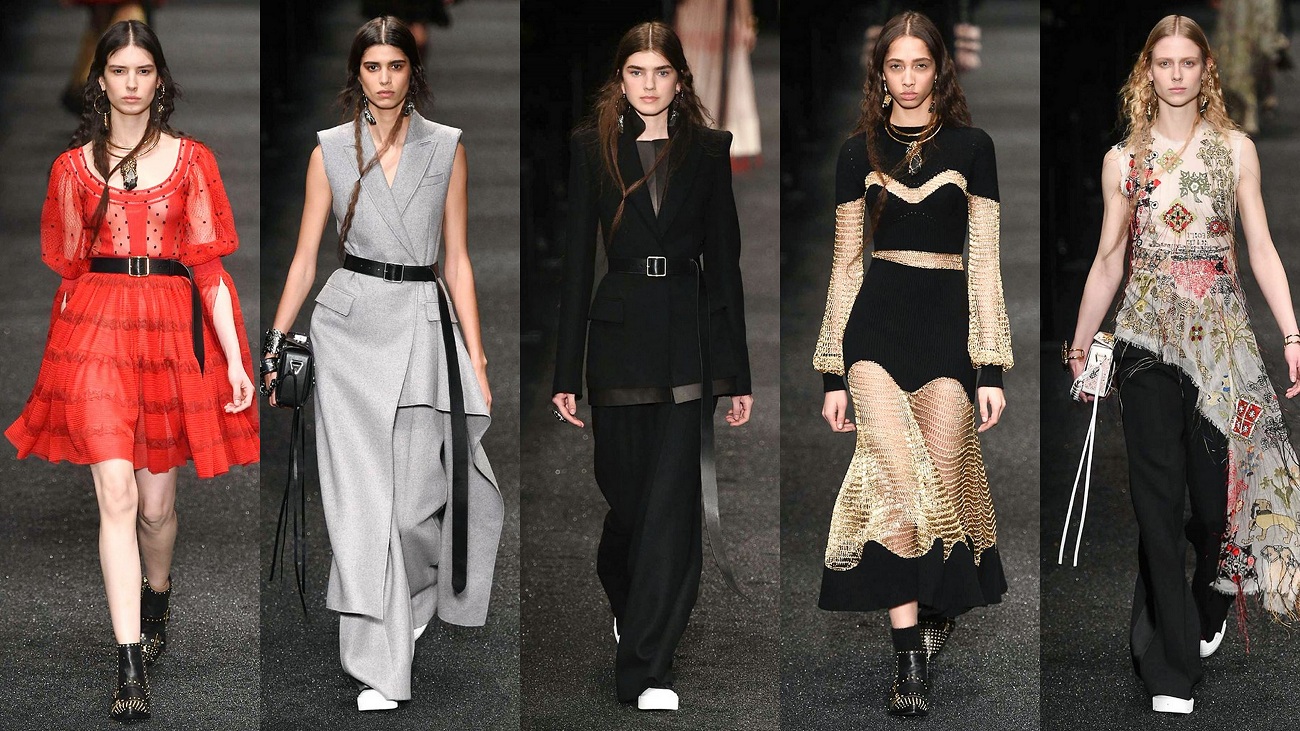 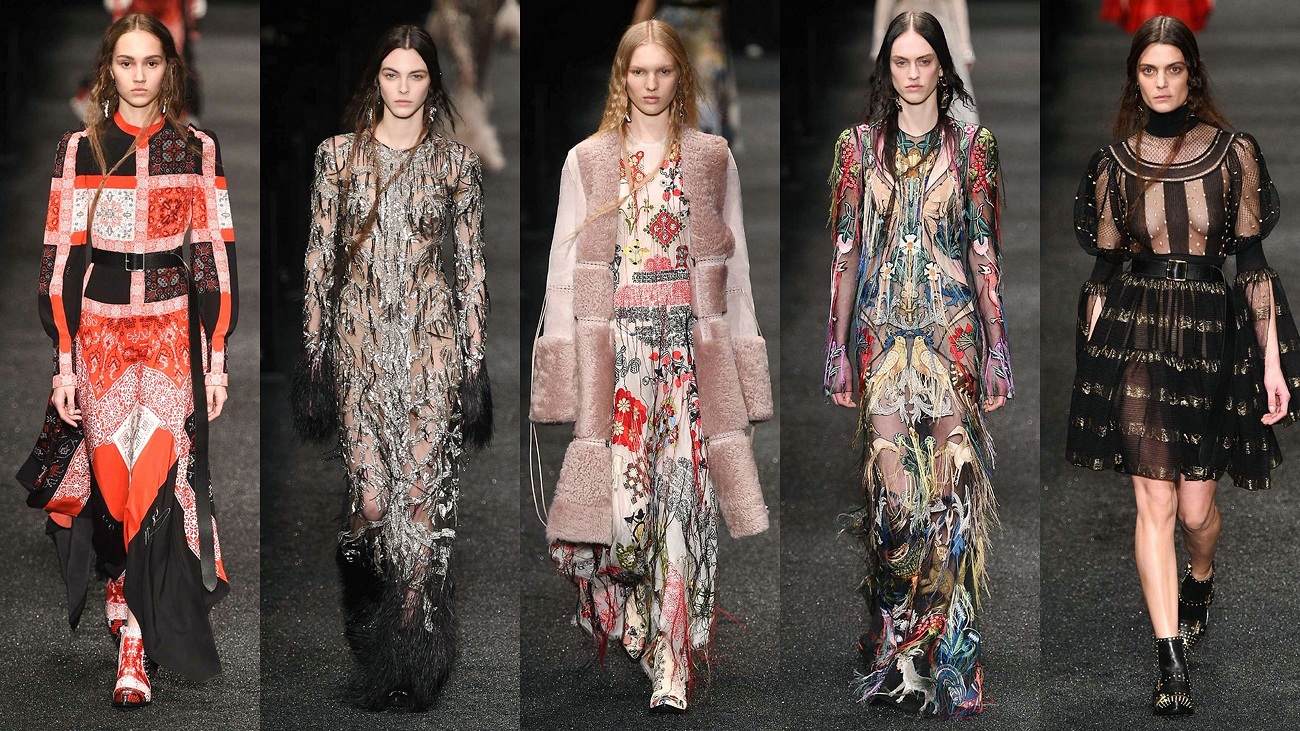