Back in 2001, Louis Vuitton made its watchmaking debut with the Tambour, an unprecedented timepiece that integrates all of the Maison’s values into its design – from the Louis Vuitton letters engraved on its case to the yellow second hand, inspired by the waxed thread used in the Maison’s classic bags. Beyond multiple references, the Tambour model has come to symbolize Louis Vuitton‘s core identity; it represents a signature that combines a timeless look with renewed technical performance. 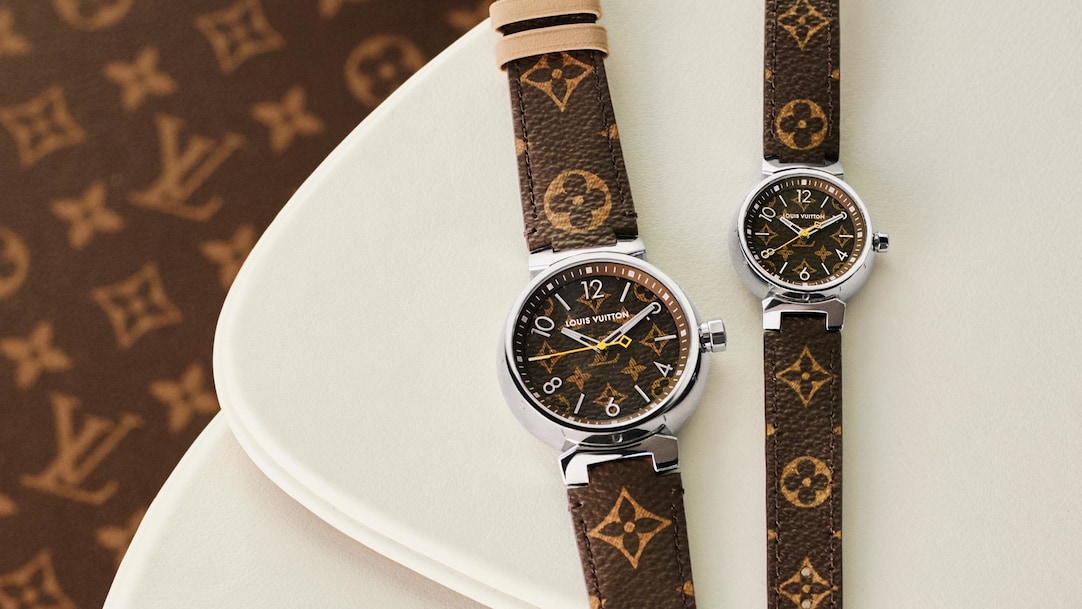 Today, this iconic model has been revisited in a collection of four new timepieces: the Tambour Monogram, available in three sizes, and the Tambour Damier Graphite. These models build on the historic case with new dials that faithfully reproduce the Monogram and Damier Graphite canvasses, thanks to the skilled craftsmanship of the dial experts at La Fabrique du Temps Louis Vuitton in Geneva. Driven by a quartz movement, the new Tambour watches are fitted with interchangeable straps, featuring Louis Vuitton’s innovative patented system that allows wearers to easily swap out the straps to suit the occasion and invent their own style. 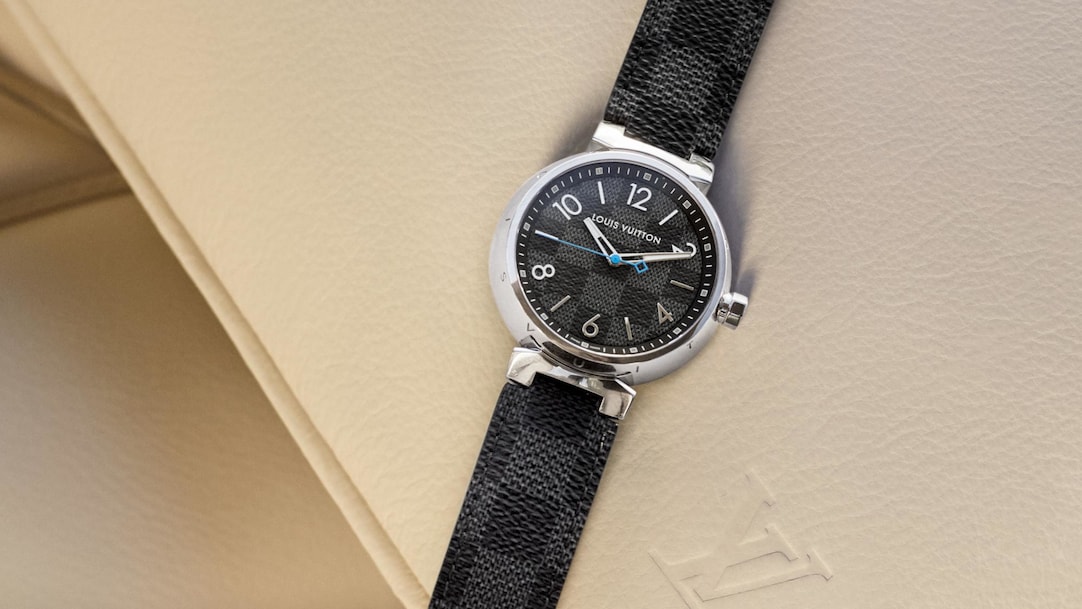