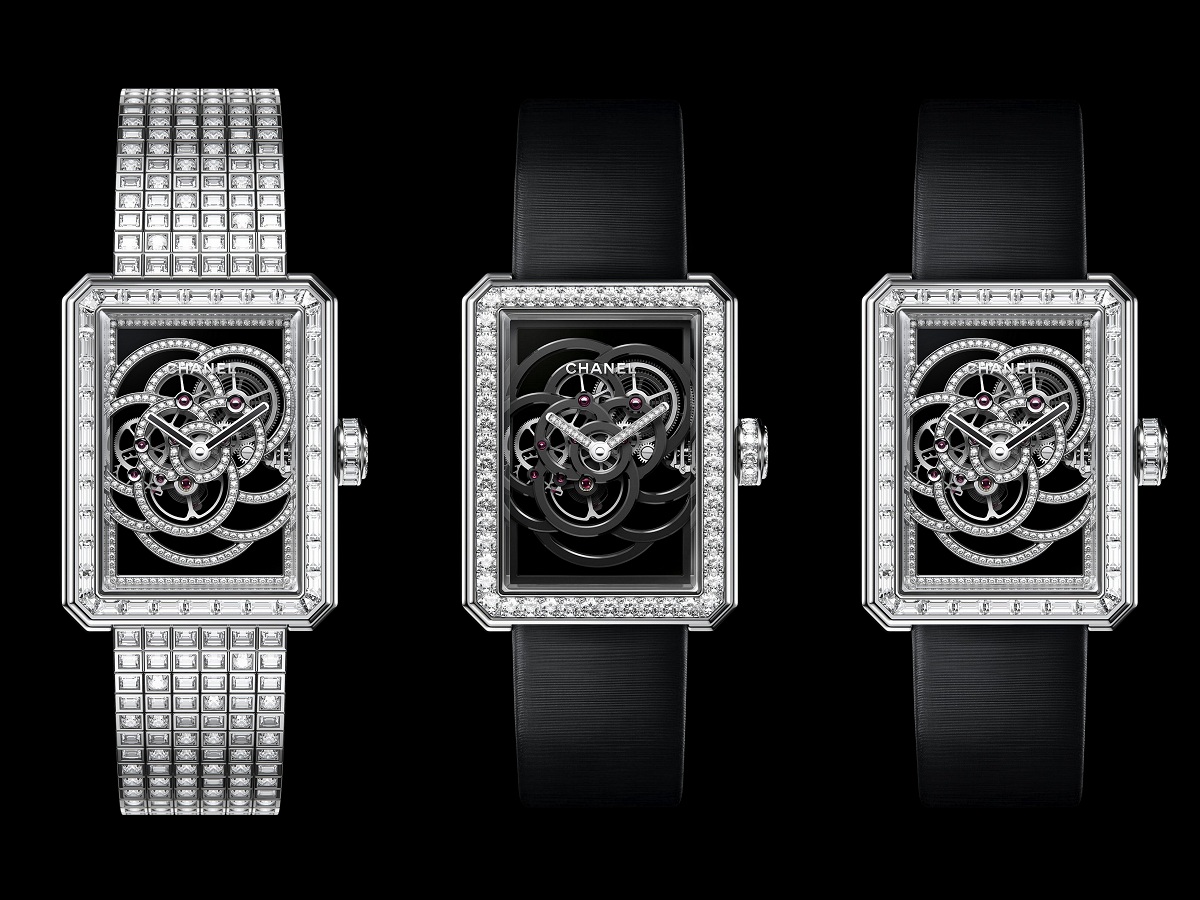 In 2017, Chanel Horlogerie turns thirty. Only thirty, yet still that same desire to push further and reach higher. The House proudly introduces its second in-house caliber, reinterpreting the Première watch and elevating it to a new level of Fine Watchmaking. The new skeleton movement, in deepest black, is one of a kind. Representing the camellia, one of the iconic symbols of the House, this new timepiece is an expression of the liberty of the Studio of Creation. Only thirty, yet still that same desire and passion to create. 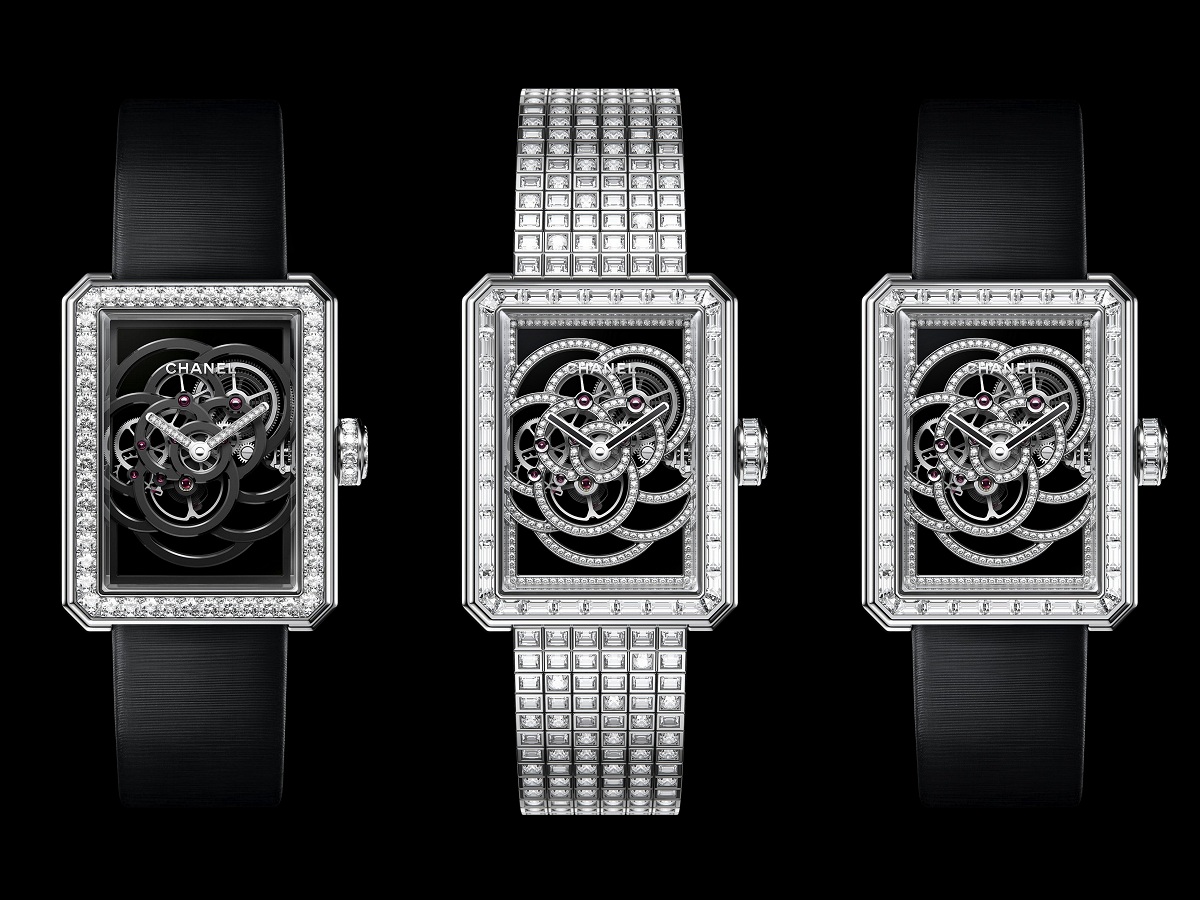 In October 1987, when Chanel first created a watch, no one was expecting it. It was called Première. Première: adjective. feminine, singular. French for first: that which precedes others in time, space, and rank. Principal. Superior. noun feminine, singular. That which is realized for the first time. That which is classed at the top. In transport, the most comfortable class. In Haute Couture, the Director of the atelier. In watchmaking, the Première was the first watch created exclusively by Chanel for women; drawing on the shape of the N°5 bottle stopper and the Place Vendôme. Unlike anything before, this timepiece, destined for women and defining a uniquely feminine style, was not a simple reworking of a man’s watch. 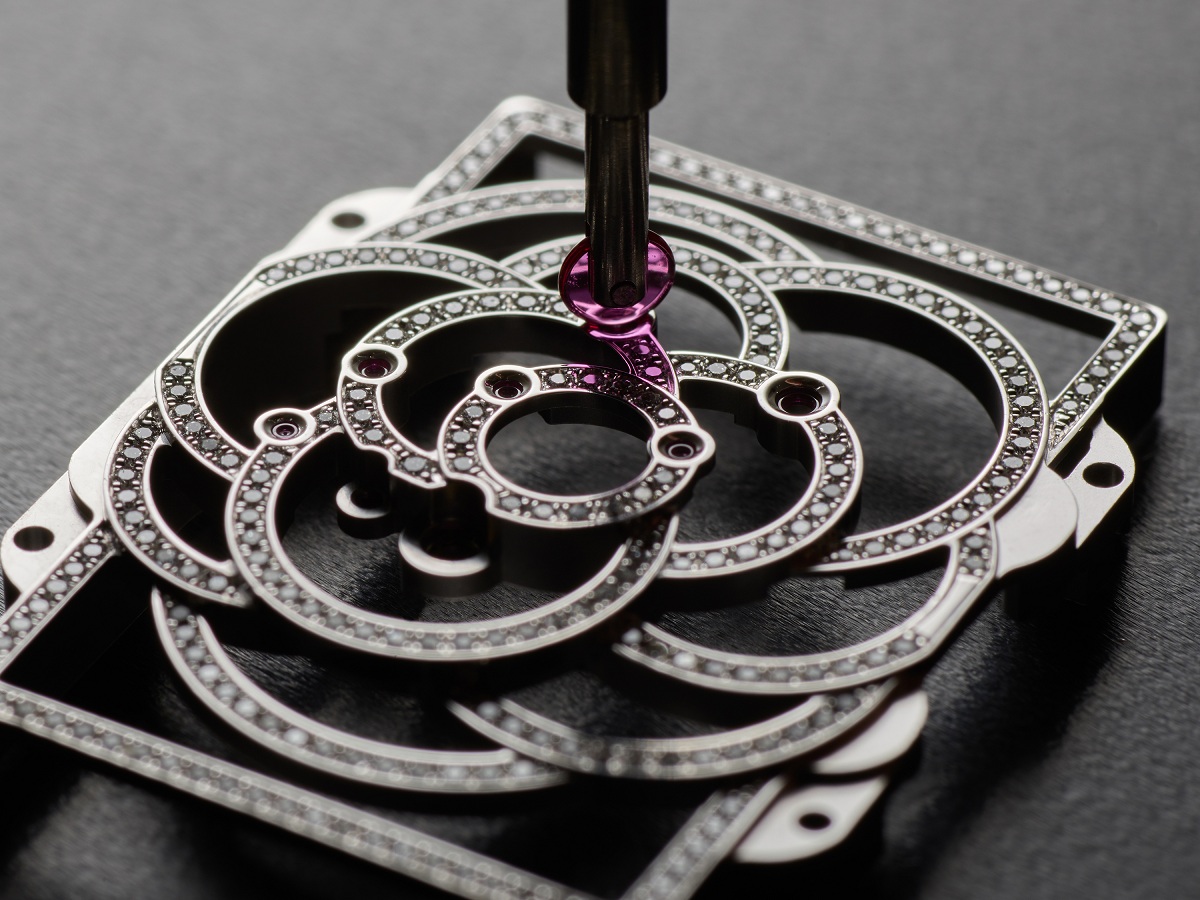 The Première, whose femininity is embodied by original ambassador Ines de la Fressange, is both an authentic timekeeper and a statement of style, or as some would say a fashion accessory. This duality is not only embraced by Chanel but serves as a source of pride, and is captured by the rich meaning and fitting name behind the watch. The Première watch opened the first chapter of the great story between the House and the world of Watchmaking. With it, Chanel gave time the place it deserved: a surface without limits, dials or markers. A surface both flat and smooth, over which endless possibilities could glide. 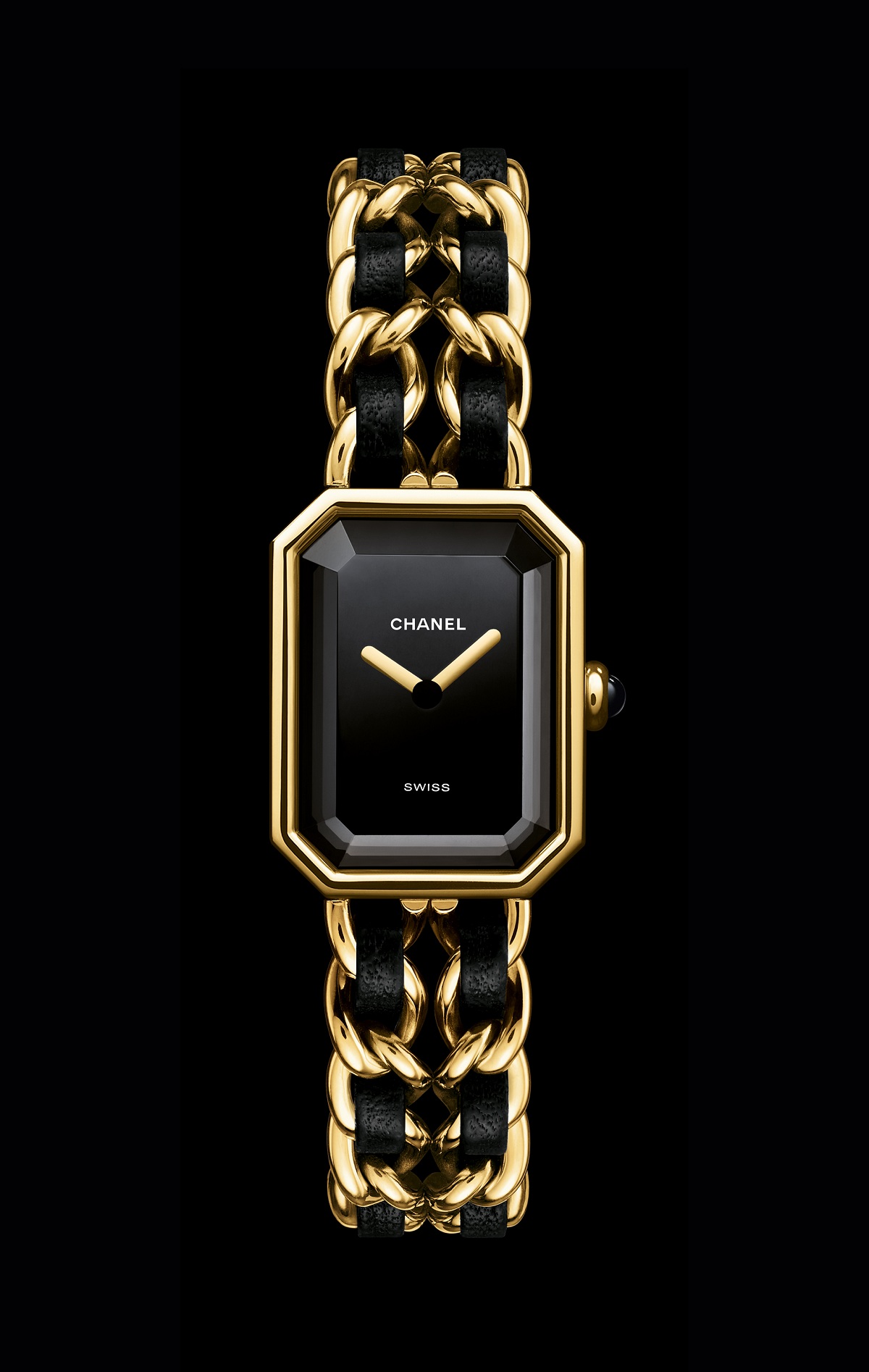 The watch thus became a genuine piece of jewelry, the embodiment of femininity, above and beyond its functional role. The House’s inextinguishable drive to create is fueled by the desire to celebrate the art of surprise and wonder. The House’s iconic motifs inspire and become timekeepers: Pearls, Camélias, Comets, Quilting and Ribbons enlace the wrist. Not only do these symbols serve as an eternal source of inspiration for the House, but they also contribute to the renewal and creation of new feminine watchmaking codes in the world of Fine Watchmaking. From the start, everything is sketched, conceived, developed and made in-house. No subcontracting, no licensing. Since 1987, Chanel gives allure to time.

Monsieur Dior was a very superstitious gentleman, wanting to believe in his fabulous destiny, in his lucky star. This fascination for stars and constellations has been the Creation Studio’s source of inspiration for the new Dior...