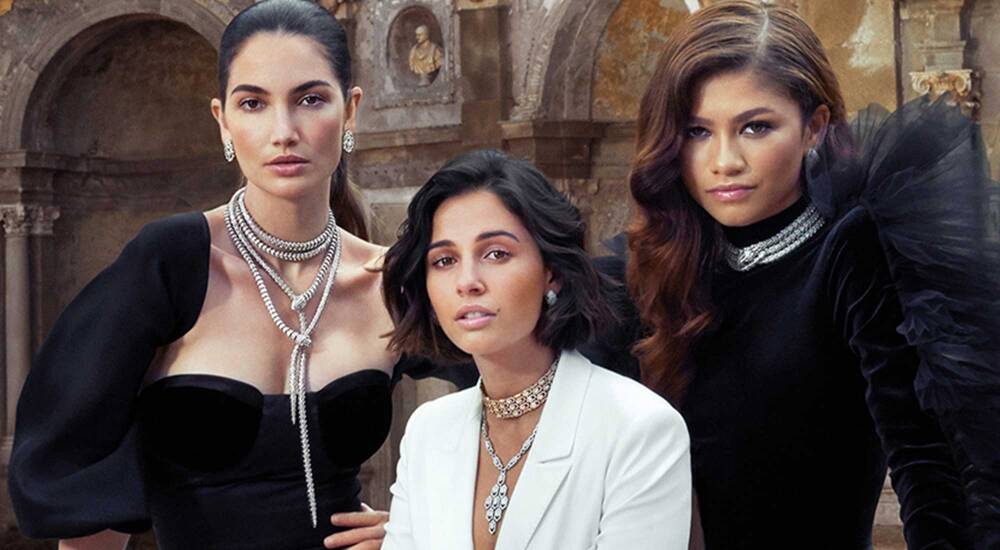 The new “Mai Troppo” (“Never Too Much”) Bvlgari advertising campaign is an ode to life and enthusiastic enjoyment of every moment, featuring an appropriately outstanding cast. Actresses Naomi Scott and Zendaya are joined by supermodel Lily Aldridge in a flamboyant Roman setting, captured in playfully indulgent vignettes.

With “Mai Troppo”, the iconic High Jewelry house once again celebrates the scintillating exuberance that defines its style. Shot by Swedish director and photographer Johan Renck (Chernobyl,) the campaign film spotlights the beauty of Rome and the unique Italian spirit of the city that has inspired Bvlgari since its creation in 1884. 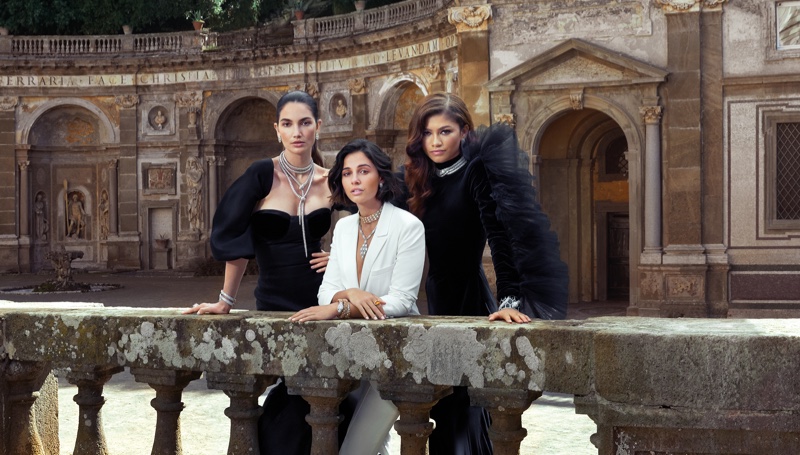 Reveling in the effervescence of the Eternal City, actresses Naomi Scott and Zendaya and supermodel Lily Aldridge are stars bathed in mystery whose audacious personalities have everyone talking. The charm and seduction they exude are heightened by the elegance of their wardrobes and the dazzling sparkle of the jewels they wear.

Lily Aldridge wears pieces from the Bvlgari High Jewelry collection, while Naomi Scott sports the new B.zero1 Rock ring, accompanied by jewels from the Diva’s Dream collection. Zendaya shows off the Octo Roma watch and diamonds from the Fiorever collection.

Bulgari has opened its doors for “Inside the Dream”, the first ever docufilm to explore behind the scenes secrets at a high jewelry house. Directed by Matthieu Menu and produced by Terminal9 Studios, the film premiered...

The city of Geneva hosted Geneva Watch Days this past August 26-29. Despite the challenges of organizing the event amidst Covid-19 restrictions, the founding and associated brands – including Bvlgari – remained committed...