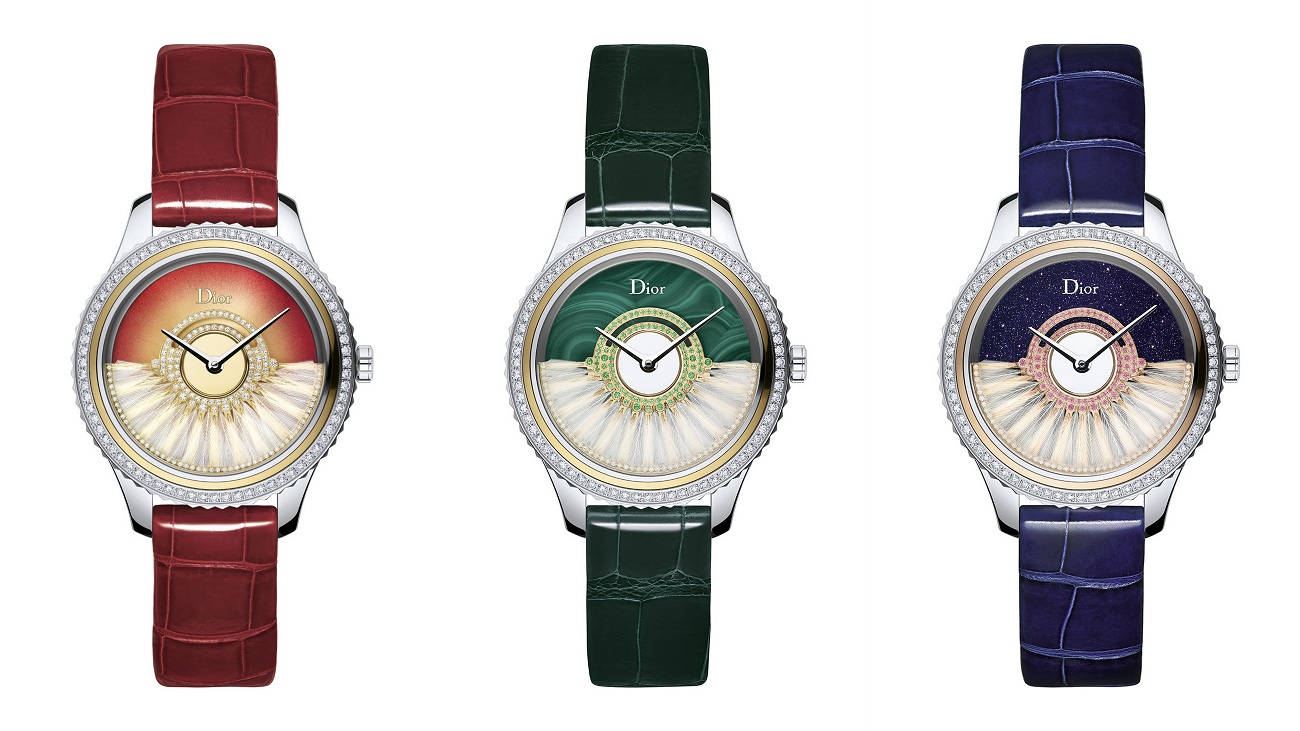 Monsieur Dior was a very superstitious gentleman, wanting to believe in his fabulous destiny, in his lucky star. This fascination for stars and constellations has been the Creation Studio’s source of inspiration for the new Dior Grand Bal collection. 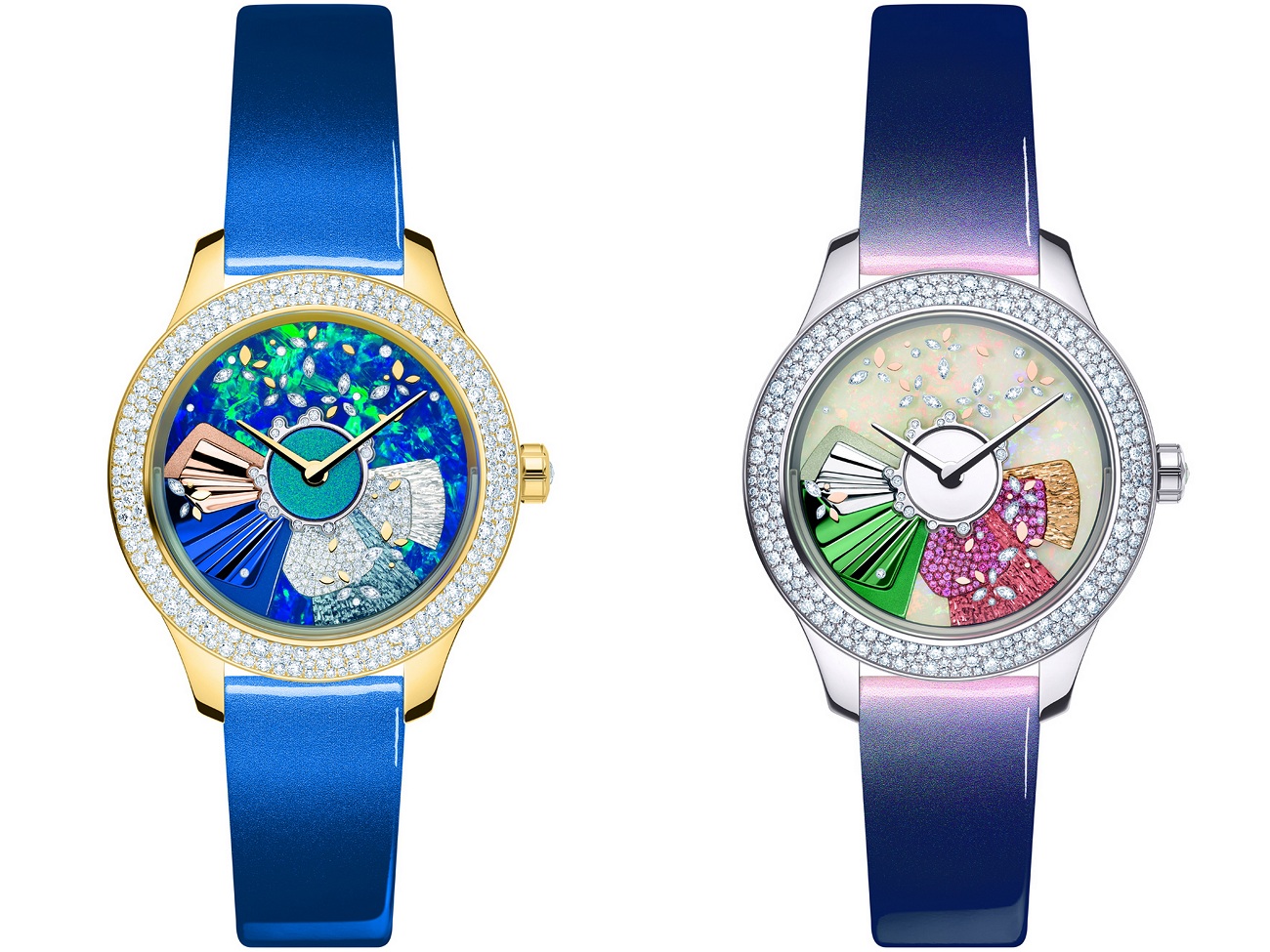 Barely after being presented at the Debutant’s Ball in 2011, it became everyone’s favorite. Ever since, the Dior Grand Bal has been leading the dance. It swirls like a ball gown to the rhythm of the “Dior Inversé” caliber and functional oscillating weight placed on top of the dial which drive the timepiece. Resulting from strict aesthetic requirements, this watch complication echoes Monsieur Dior’s designs. “The ball gown makes you dream and must make you a dream woman.” Like satin, faille and taffeta constructed into opulent and architectural party dresses in the Maison’s ateliers, the Dior Grand Bal is adorned in gold threads, net, silk, feathers, gems or scarab beetle elytra. Sure of their attractions, these refined materials and their whirlwind of colors invite us to take the floor and twirl around all night long. 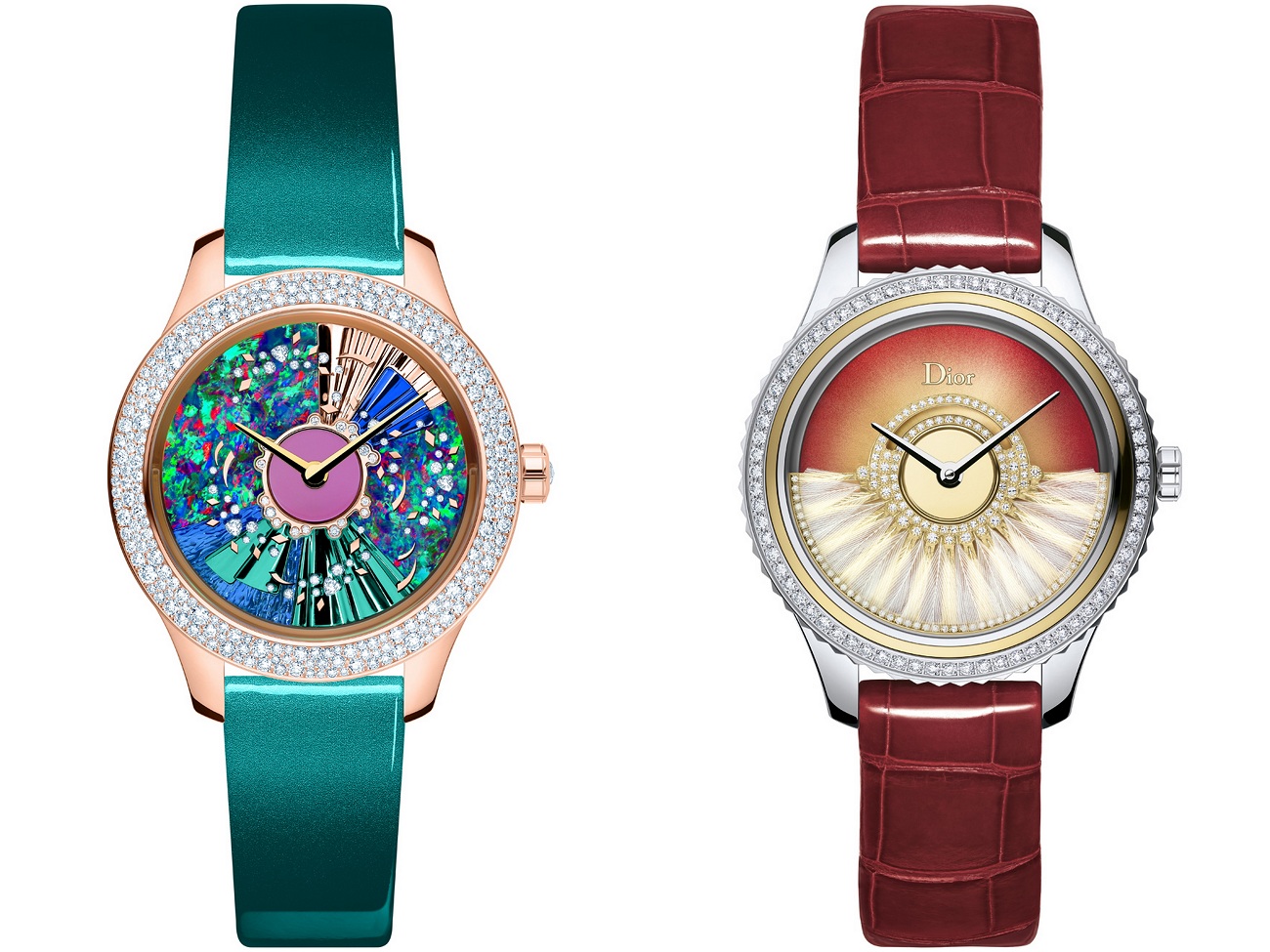 In 2017, the Dior Grand Bal unfolds a heavenly vault in keeping with Monsieur Dior’s taste for signs of destiny. Persuaded that “luck always comes to the rescue of people who desire something”, the couturier liked to slip a dried twig of lily of the valley into the hem of his creations. Dedicated to ten constellations with their Latin name and design engraved on the back of each timepiece, the ten one-of-a-kind Dior Grand Bal Galaxie pieces house a functional oscillating weight rolled out for the first time all over the chased opal disk dial. On the oscillating weight, the gold inserts, diamonds and metallization effects create a chromatic astral spectrum. The strap is coordinated in shaded colors as if it has reappeared after an eclipse. Crowned with a baguette-cut diamond bezel, Monoceros (the Unicorn), Drago (the Dragon) and Phoenix glow in rosy shades, while the cosmic blues distinguish Pegasus, Andromeda and Dorado. Leading us into the austral hemisphere, a quartet with snow-set diamond bezels sparkle with green for Pavo (the Peacock) or blue for Columba (the Dove). Grus (the Crane) shines with a multicolor shimmer, while the pastels outline the stars of Cygnus (the Swan) along the summertime Milky Way. 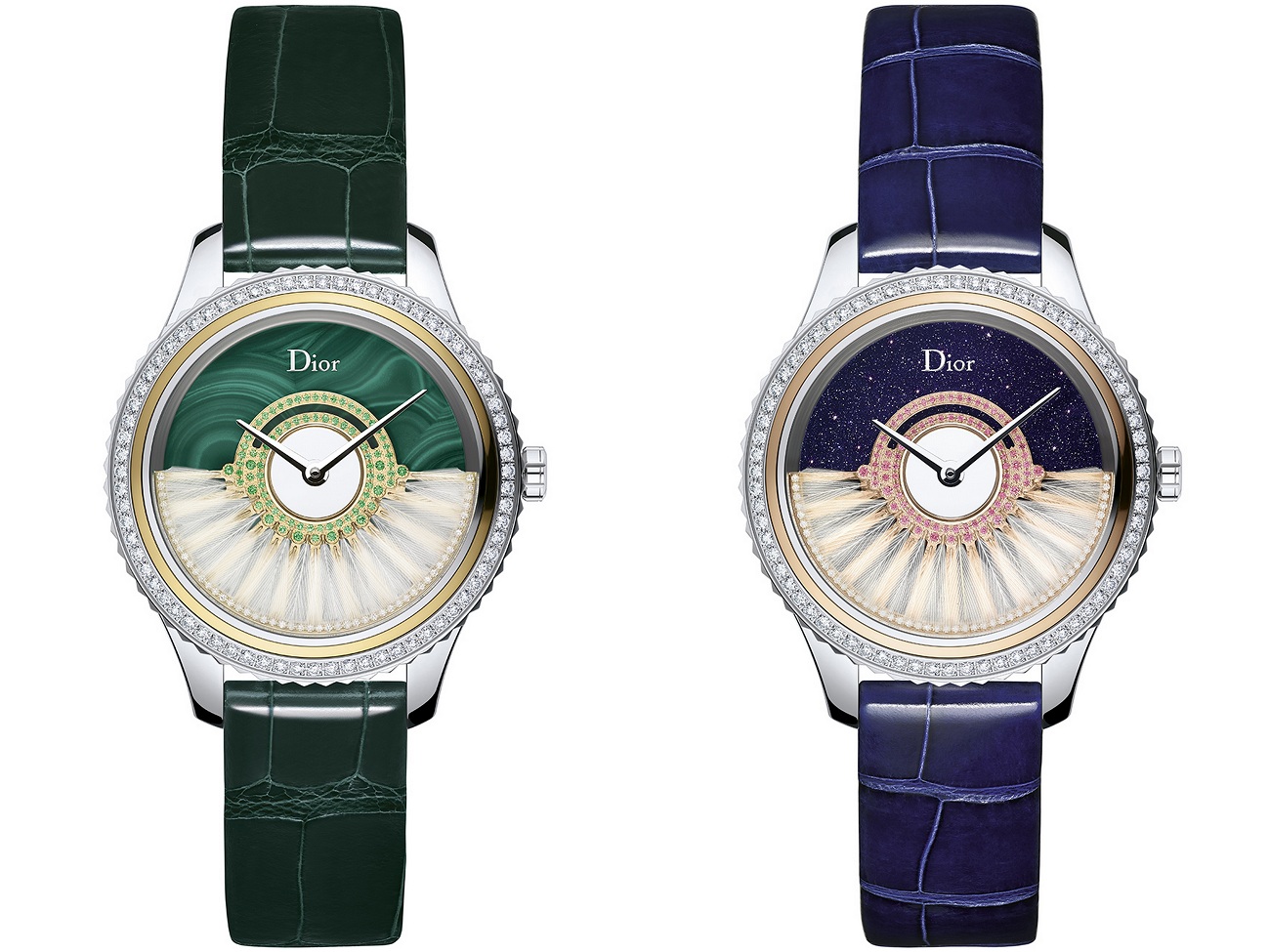 With their dazzling white plumes, the new Dior Grand Bal Plume models, in a limited edition of eighty eight pieces, are revealing some brand new finery. Inspired by the Year of the Rooster, one timepiece makes twenty five immaculate feathers dance on a sun-brushed dial in pink gold shaded with red. The ornamental stones enter the dance in turn, their deep colors underlined with a brilliant-cut diamond bezel. Yellow gold flirts with the silky green of malachite, decorated with a garland of feathers hemmed in tsavorite garnets. On a second timekeeper, the pink sapphire-set feathers swirl over a dial in aventurine. Because it prefers gathers to feathers, the Dior Grand Bal Plissé ruban is adorned in white gold inserts whose reflections dally with the embossed pleats on the dial glowing with yellow gold and soft pink. A shade recaptured on the rubber lining of the metallized silver bracelet. Making its entrance, the Dior Grand Bal Broderie anglaise model metamorphoses its translucent mother-of-pearl dial into a precious tapestry where the yellow gold and pink create romantic embroidery in mother-of-pearl and diamonds, in recollection of the Maison’s traditions.

In 2017, Chanel Horlogerie turns thirty. Only thirty, yet still that same desire to push further and reach higher. The House proudly introduces its second in-house caliber, reinterpreting the Première watch and elevating...