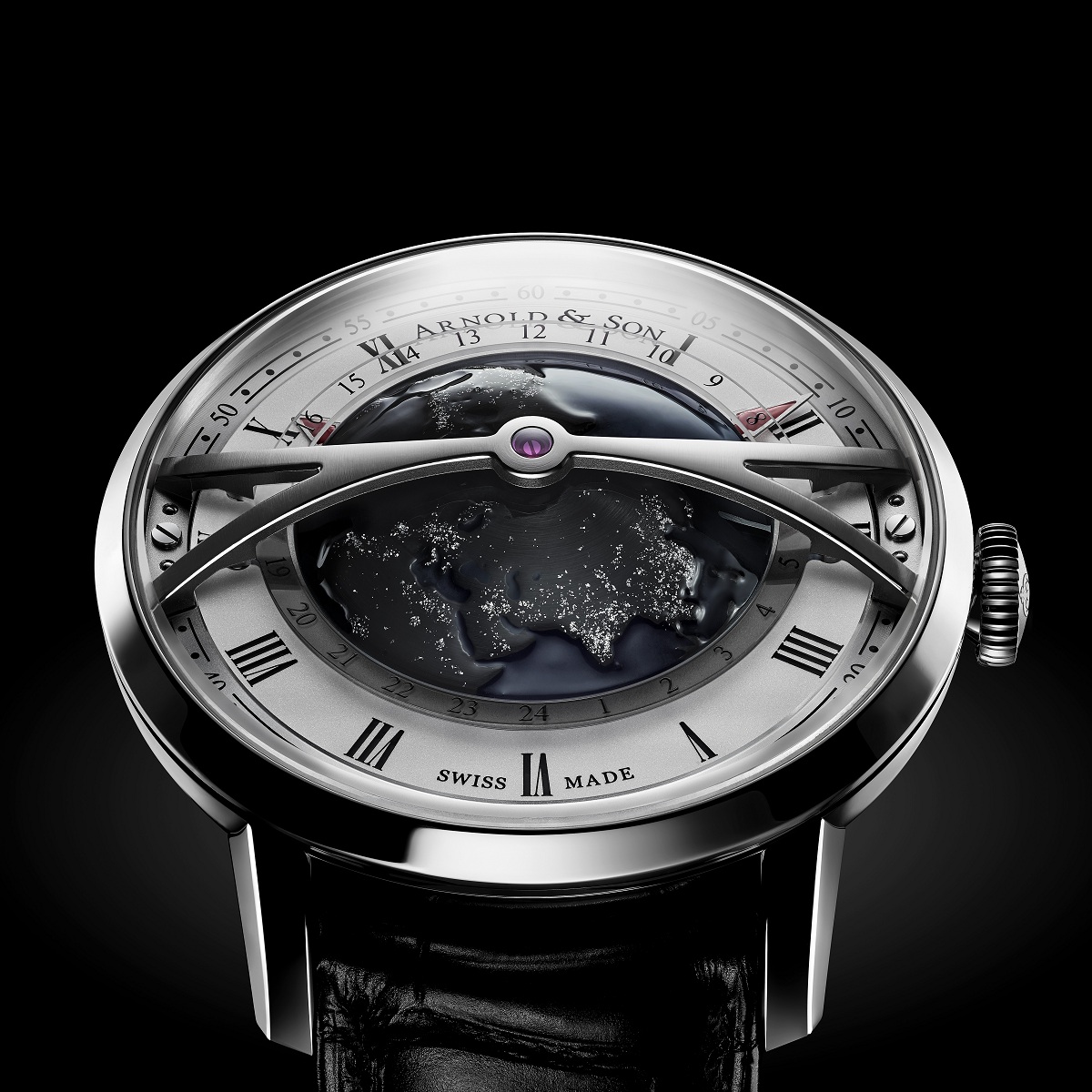 At once graphic, cartographic and hemispherical, the Arnold & Son Globetrotter Night gives its display of world times over to the night. Beneath a crystal dome, this timepiece plays on nocturnal nuances and city lights. 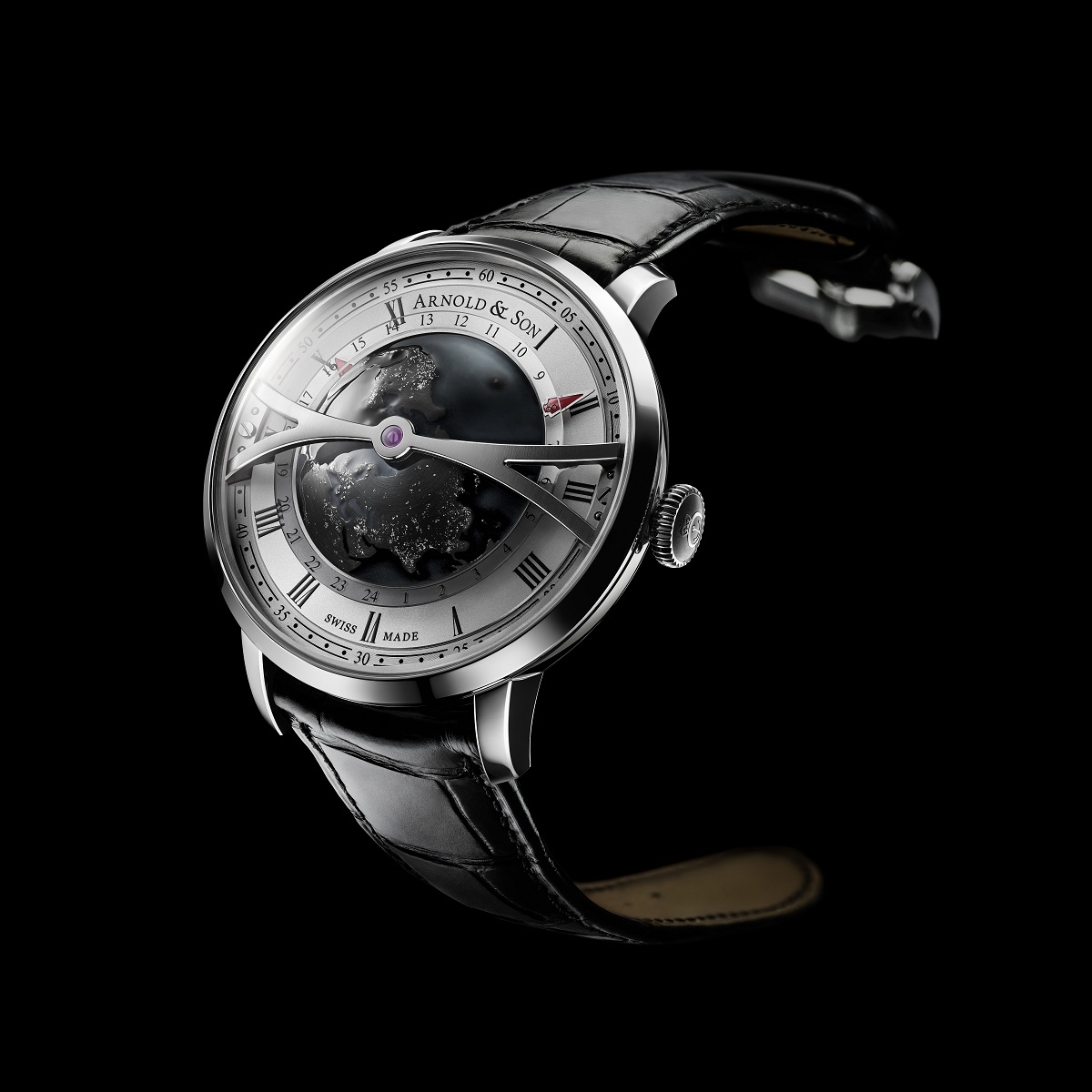 In the 1780s, John Arnold contributed to the great revolution in ocean navigation with his marine chronometers. The Globetrotter Night reflects this historical legacy with its cartographic features and world times. As night follows day, Arnold & Son cloaks its Globetrotter in darkness, spectacularly showcasing our northern hemisphere when shrouded in vesperal shadow. 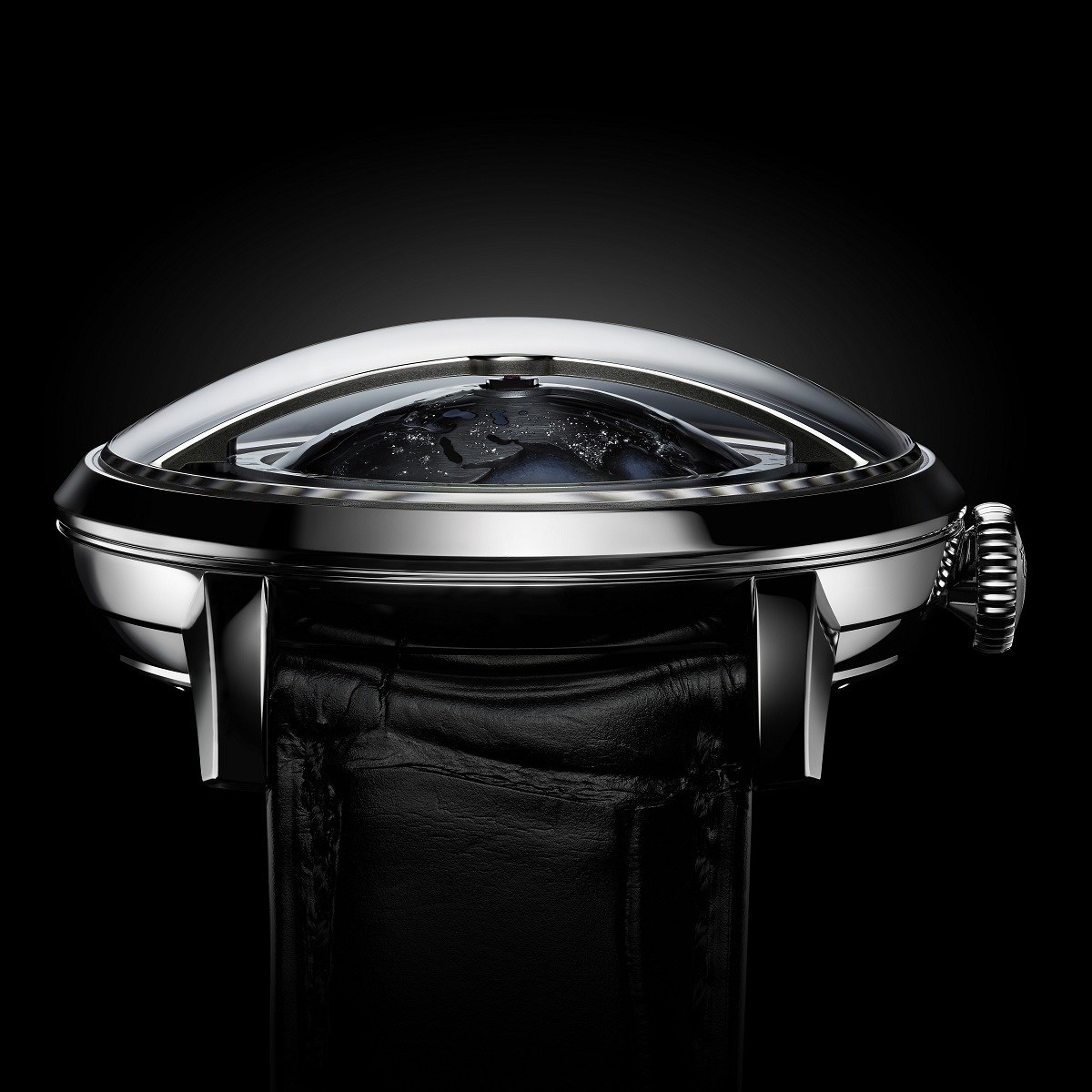 Beneath a large sapphire crystal dome, an arch supports a half-globe in shades of grey and blue. It depicts the continents, the seas and the lights of the large cities located north of the equator. On the edge of the planet, a sapphire ring breaks down the 24 hours of a day. Transparent between 6 am and 6 pm, a metal treatment has been used to darken it, indicating the night-time hours. Together, the hemisphere and ring display the time in one part of the world, represented in a highly original way. In the absence of a dedicated hand or city disc, the time is read geographically in accordance with the continents.

The Globetrotter Night offers a realistic and meticulously rendered interpretation of a three-dimensional map enclosed in a 45 mm steel case. Chemical engraving has been used on the half-globe to outline the continents. The raised parts have undergone a deep-grey galvanic treatment before being hand-lacquered in a black-grey hue, while the oceans are lacquered in grey-blue. Finally, the city lights twinkling in the northern hemisphere are represented by hand-applied silver sparkles. 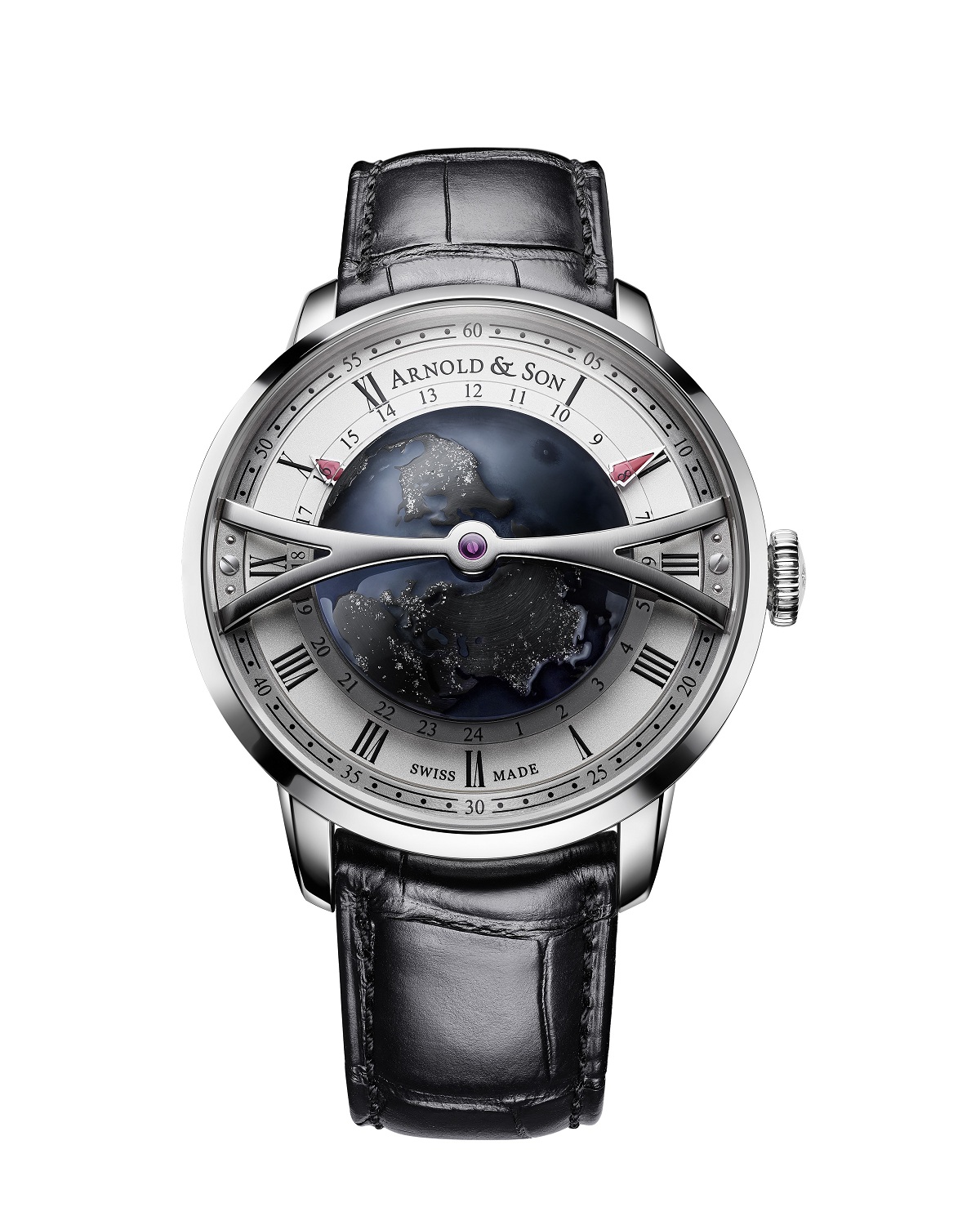 The decorative touches and finishes adorning the Globetrotter Night extend beyond the Earth itself. The chapter ring is circular satin-brushed and the hands, despite being mostly concealed beneath the half-globe, are polished and accentuated by red lacquered tips. The large double-foot bridge supporting the half-globe is a spectacular feature in itself that lends structure to the overall appearance of this timepiece. It is circular satin-brushed and chamfered by hand and held in place by screws with polished heads and chamfered slots.

These finishes are echoed extensively on the A&S6022 self-winding caliber powering the Globetrotter Night. Entirely developed and produced by the Arnold & Son Manufacture, it has a nocturnal style thanks to the widespread use of NAC-type surface treatments. The bridges are polished and chamfered, finished with Côtes de Genève stripes and colored grey. The skeletonized oscillating weight is engraved and treated chemically with ADLC black and NAC grey to obtain a two-tone appearance using a matte straight-grained finish.

Beyond these aesthetic details, what makes the A&S6022 caliber special is its easy setting, thanks to a three-position crown. The first winds the movement. The second adjusts the local time hand by one-hour jumps either clockwise or anti-clockwise. The third regulates the hours and minutes in addition to the planet’s rotation. When traveling to a different time zone, the second position enables the wearer to change local time while keeping world time synchronized.

In the interests of fairness, Arnold & Son can also provide a “southern hemisphere” version of its Globetrotter Night on request. The price is the same: 17 000 $.

Knowing the time determines your location. This fact has been proven throughout the history of high-sea navigation thanks to its close ties to watchmaking. Dual time zones are central to Arnold & Son’s history, with the marine...