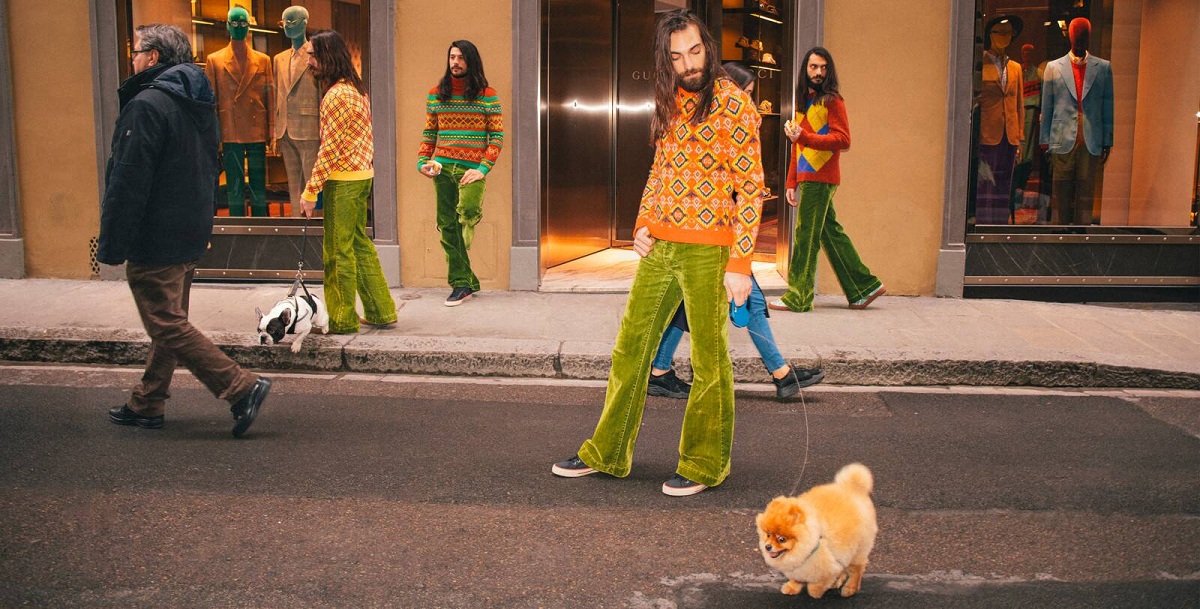 A playful take on trends that create uniformity through coveted pieces, a portfolio of images presents the Gucci Tennis 1977 as the sneakers of the season, worn by lookalikes who accidentally run into each other wearing the same pair of shoes. 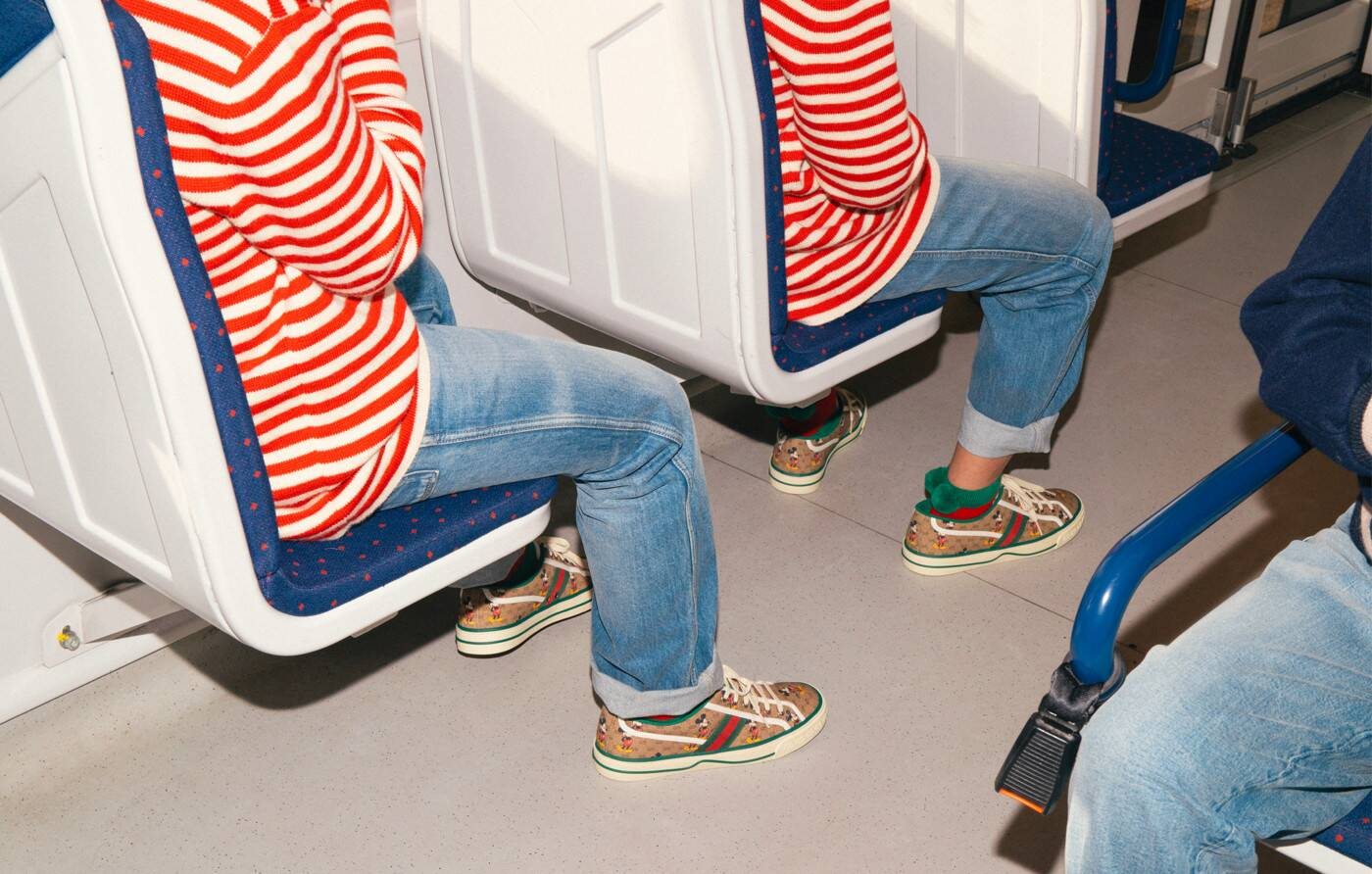 Captured by Max Siedentopf, the new low-top sneaker by Alessandro Michele—inspired by an original retro tennis design from the archives—is spotted on a diverse cast of characters. 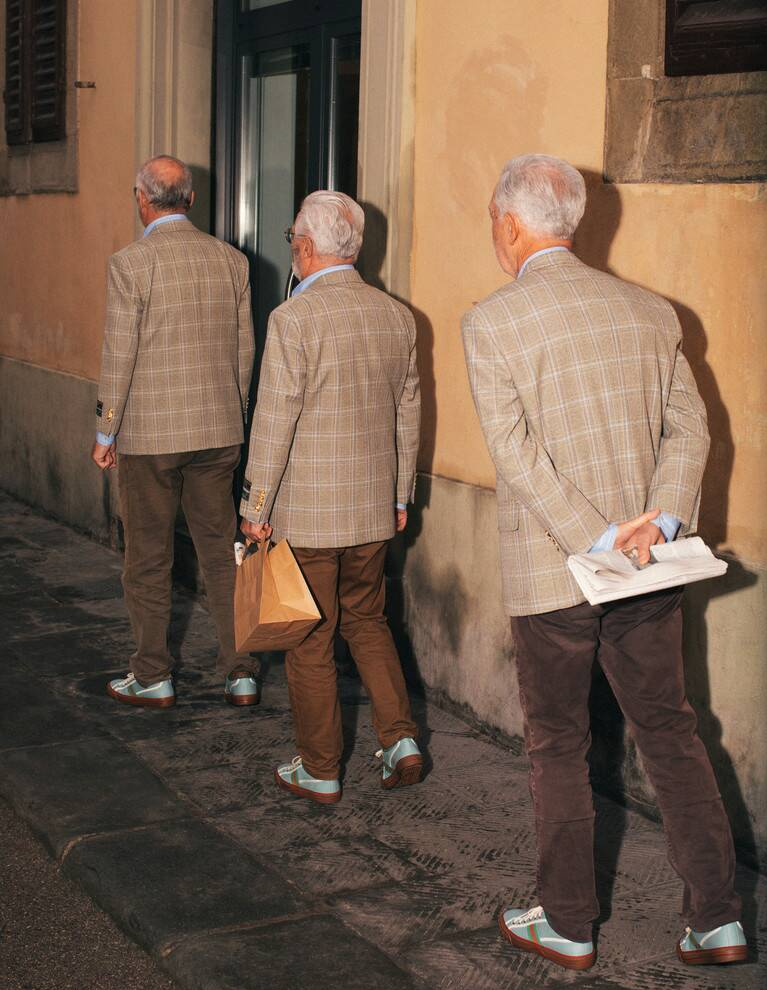 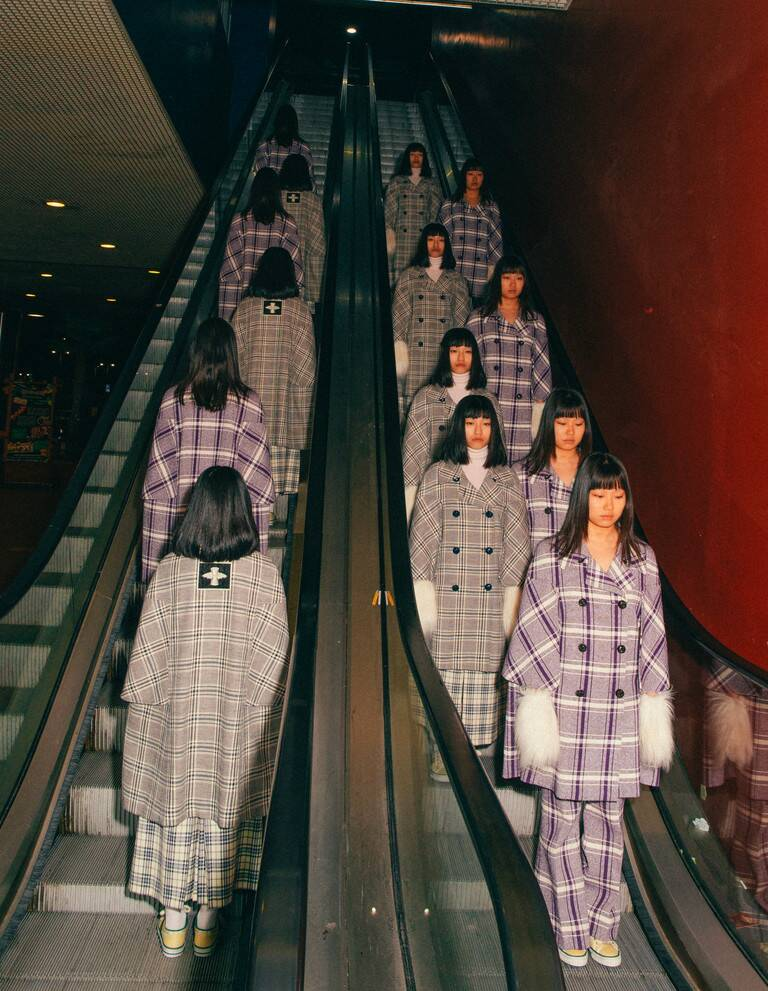 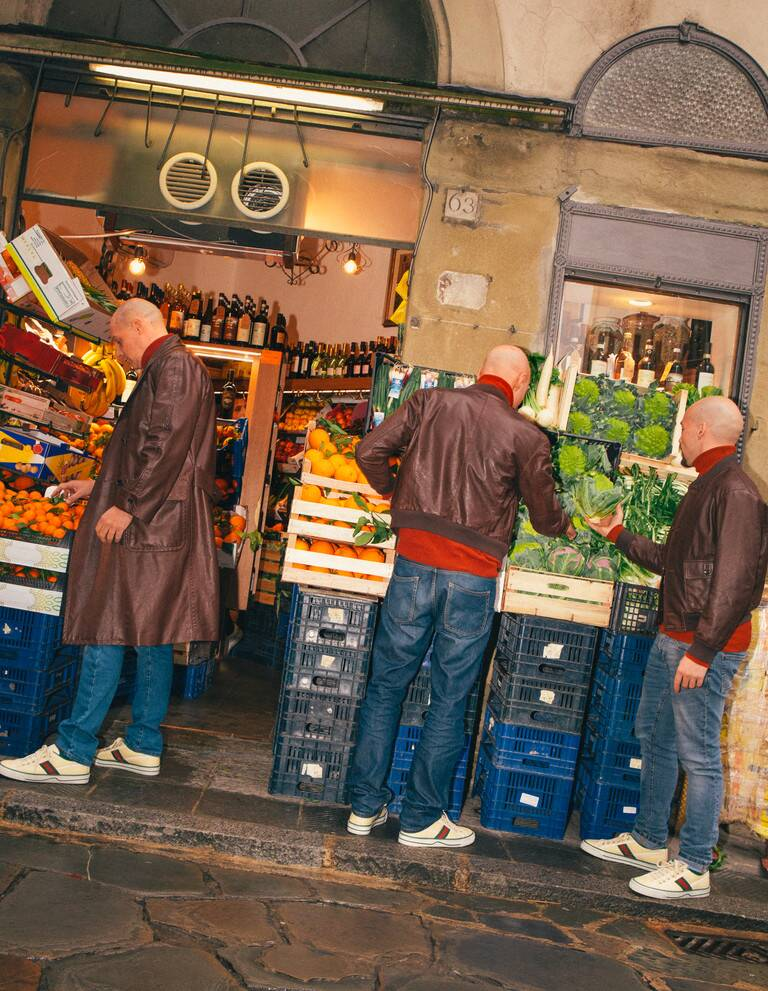 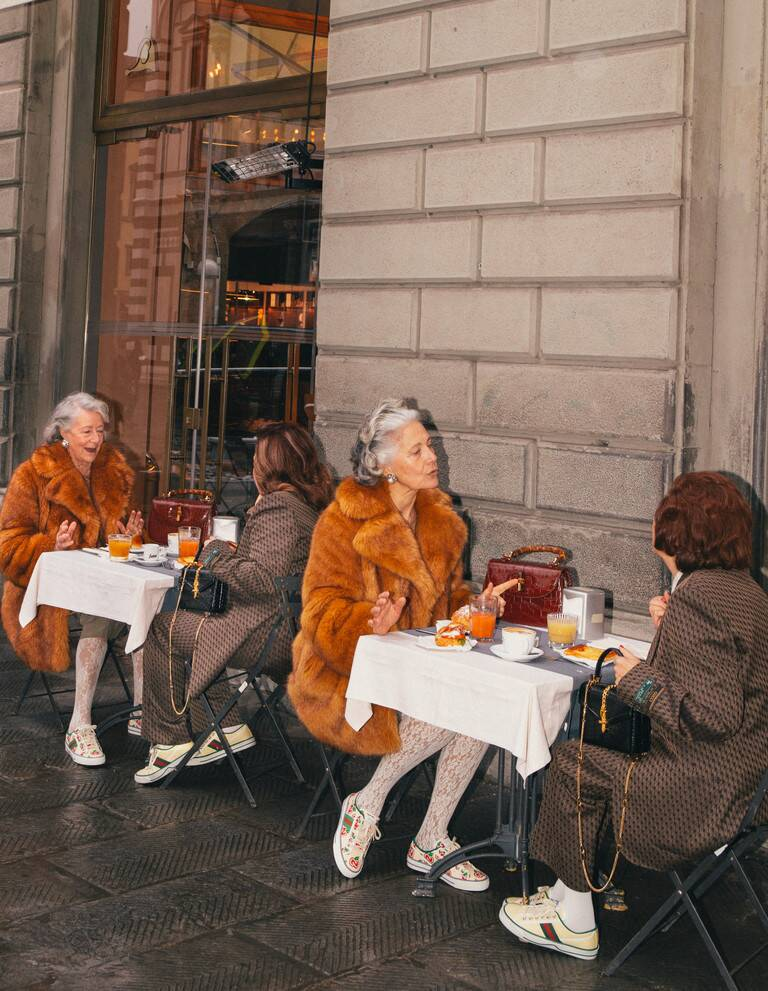 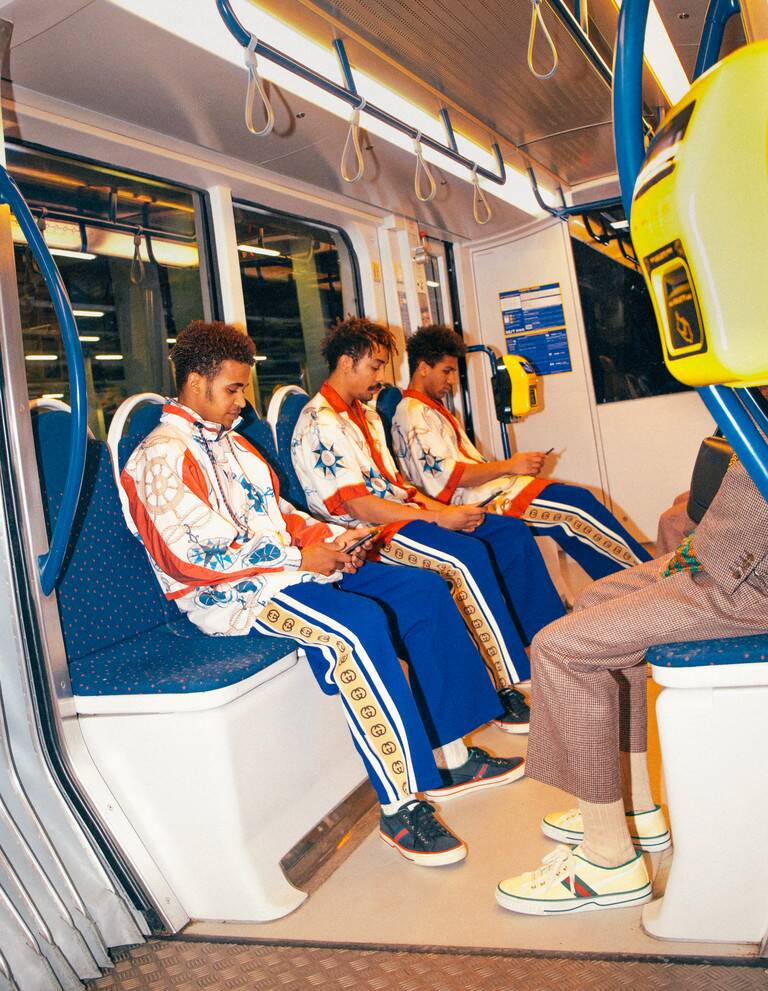 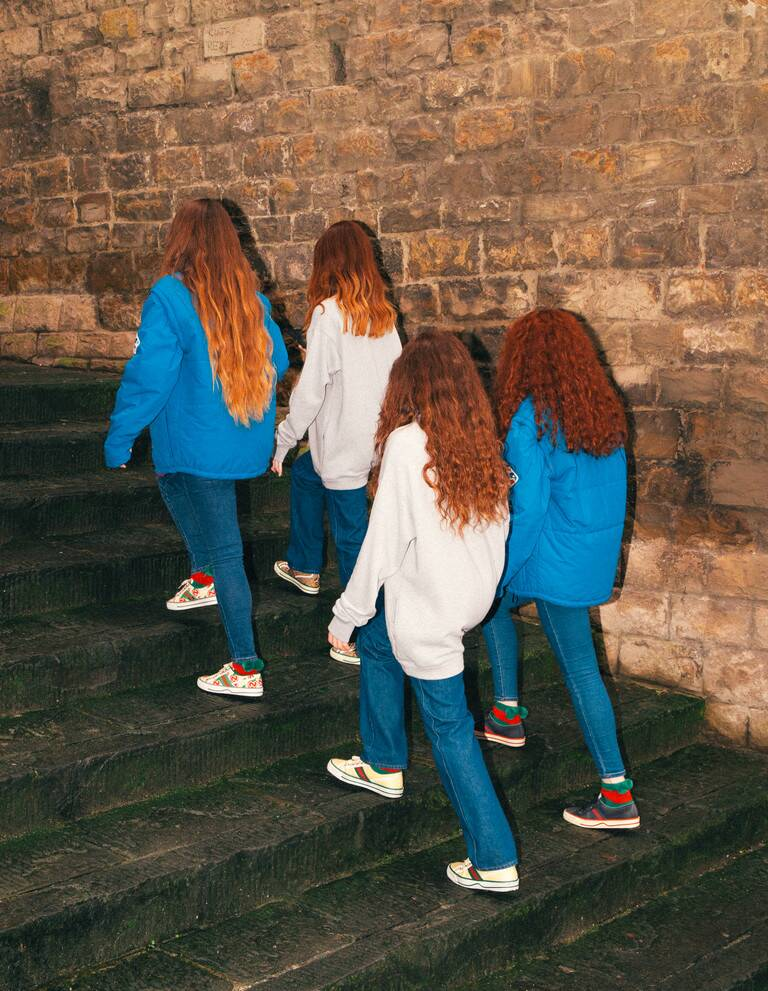