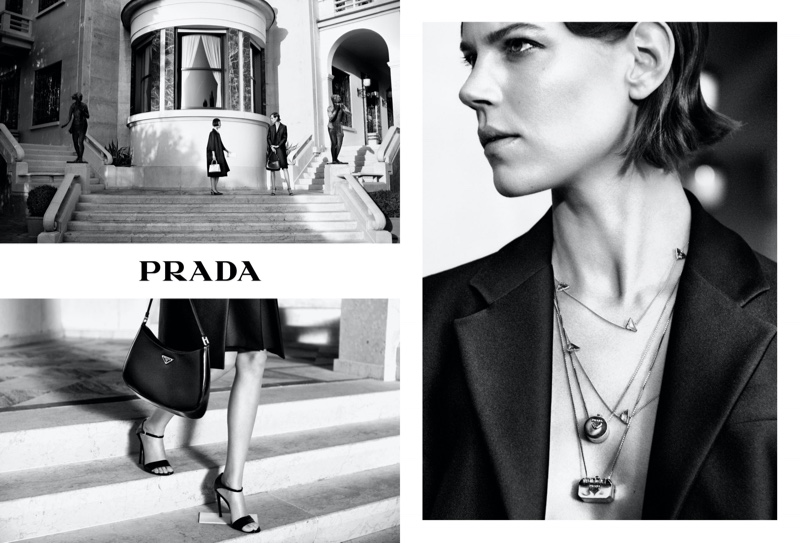 A cinematic context, a language of film, a mystery to be solved, a narrator reading words that the images bring to life -the Prada 2020 Holiday campaign is photographed by Steven Meisel and based on an original short story conceived and written for Prada by the best-selling author Candice Carty-Williams. It proposes perspectives -different angles, views and cuts around the protagonists of an unfolding narrative: Prada’s accessories, jewelry and leather goods. Each image, like movie stills, proposes a new panorama -like fragments of a story, about to unfold. 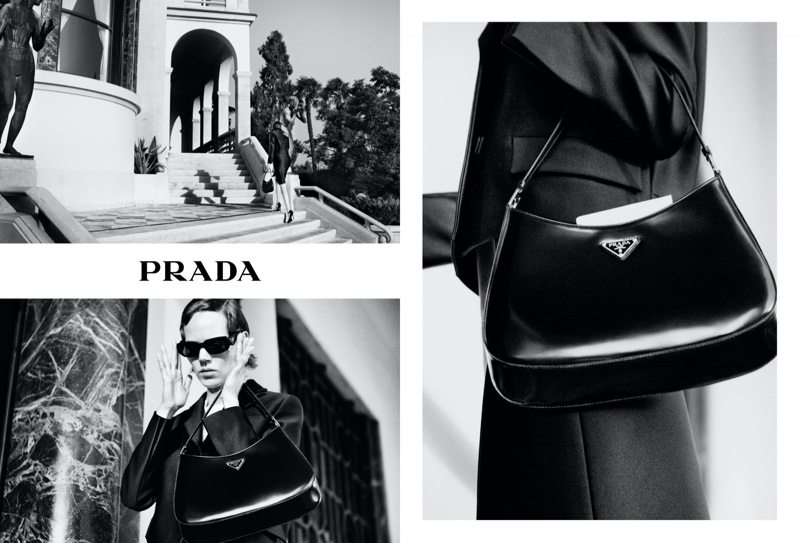 In the tradition of film noir, the campaign reconnects with early Prada moments pioneering the aesthetics of cinematic drama. A language then new for fashion, it now becomes layered with historical references -revisited through digital exchange with the audience. 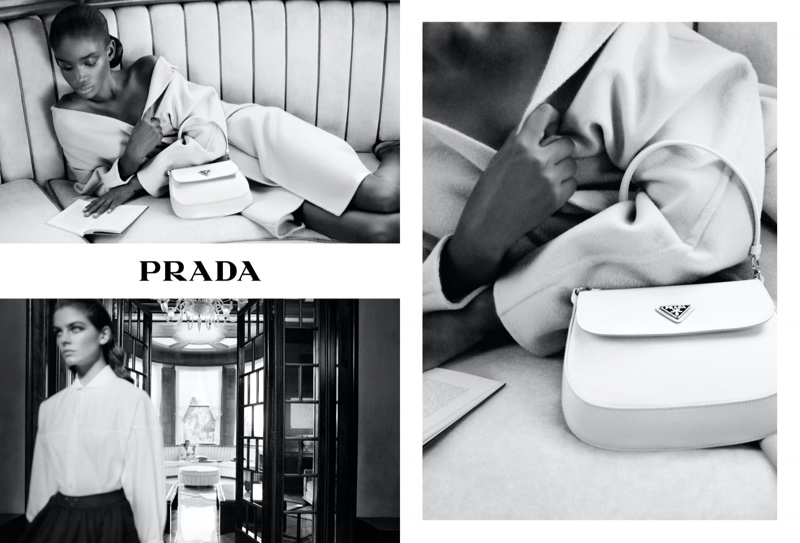 Five characters, five faces cast from the universe of Prada -Freja Beha, Maty Fall, Mao Xiaoxing, Rudolfs Valbergs and Merlijne Schorren -populate an isolated villa in Italy, namely Villa Gnutti, made famous through a 1981 shoot by Helmut Newton. The stills are inspired by the moving, campaign imagery underscored by the esthetics of cinematic drama. Photographed in black-and-white, the fragments presented in the print campaign become the door to a living narrative that develops online. Jump shots from an imaginary film offer a sense of tension, sometimes of contradiction. 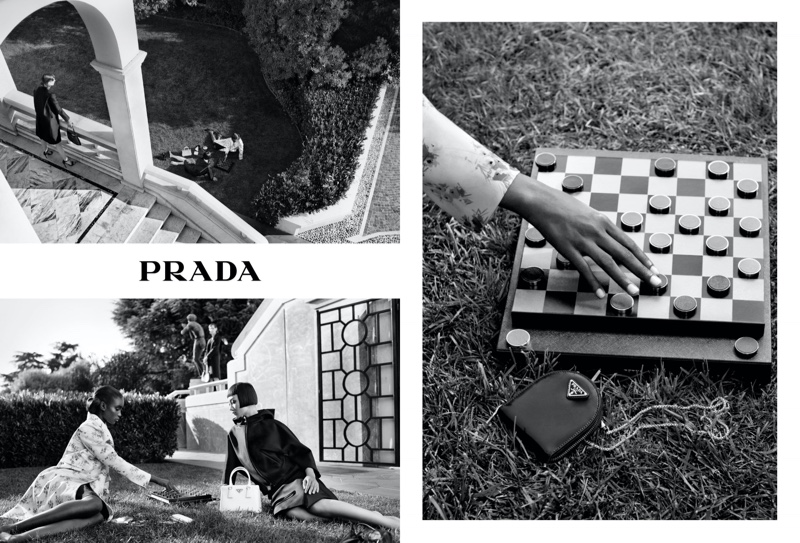 Cinema suggests shifting focus and points of emphasis: here, details of Prada accessories are pulled into macro-scale. Like plot-points, or clues to an unknown mystery, they dominate the frame, drawing attention -before Meisel’s lens, they become characters in themselves.

A focal point is the new Prada Cleo handbag, debuted in the Prada Multiple Views SS21 show and featured in the Spring/Summer 2021 womenswear collection. The Cleo line draws influence from archival Prada styles and traditional craft techniques, a synthesis of classicism and futurism. Precious jewels for her, in silver or gold with tourmaline, reinterpret the iconic lines of the Prada triangle, like facets of a gem abstracted, the emblem appearing as delicate chain necklaces, lariats and chandelier earrings.The Prada Galleria handbag, the Vanity compact-bags, Saffiano and nylon travel accessories and men’s jewelry all feature. 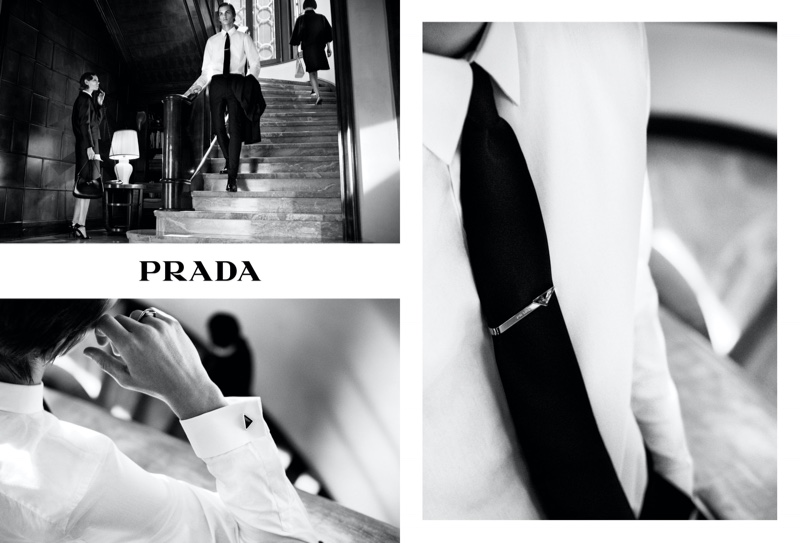 Heroes and heroines, protagonists and antagonists. A play between the still and the animated, this campaign -and these Prada accessories -explore emotion, intrigue, attraction and, ultimately, desire.